citizenM, the Dutch pioneer of affordable luxury hotels, has opened its first property in Chicago, on Michigan Avenue between the Riverwalk and Millennium Park.

Founded in 2005, the company has grown to a global brand with 29 operating hotels across nine countries. It’s opened five this year alone.

It was born out of a frustration with the lack of design-focused hotels at an affordable price point. “We have a belief that luxury design should be accessible to everybody – with an A-plus location and a great night’s sleep,” says Ashley Zorrilla, the firm’s lead interior designer. “Everything falls into place after that.”

From a design perspective the interior concept is streamlined, with a business model based on efficiency. All rooms are exactly the same, and small – at 150 square feet – but with extra-large king beds. Zorrilla works with a kit of parts to outfit the rooms in an as efficient and exacting way as possible. “From the shower pod to the headboard to the vanity, we standardize,” she says. “That helps us crank out hotels at a much faster pace and control the quality we get, by repeating the same concept over and over.”

The guest rooms may be small but the expansive living room, or large lobby space, is where guests can make themselves at home, with contemporary furniture and artwork. “There’s a juxtaposition of high design touch points and artwork,” she says. “The rooms are more modest but at an achievable price point.”

The new property was designed by Chicago’s bKL, in collaboration with citizenM’s longstanding architecture partner, Concrete. citizenM Chicago Downtown features a 24/7 gym and three meeting rooms, available for half and full day hires to both guests and the public, with unlimited coffee.

“It was a joint effort for sure – we were presented with the opportunity to build on Michigan Avenue, and it doesn’t get much better than that,” she says. “The hotel folds nicely into the rest of the development – there’s the hotel and then residences above.”

Local artwork is central to the DNA of the citizenM brand. “We believe in the democratization of design for everyone, and art is part of that,” she says. “We have incredible pieces from global artists but we also tap local artists, to call attention to the established and up-and coming-artists – and even students.”

A flagship work by well-known artist Nina Chanel Abney has been placed on the outside terrace ceiling, with visibility on Michigan Avenue. She also did a piece for the lobby.

The facade mural is just the first piece of a larger portfolio that will give the new property an art collection distinct to Chicago. A whimsical neon piece entitled Ding Dong Your Opinion is Wrong, by Dutch artist Daniel van Straalen will be showcased prominently in the bar area, while works by Muntean/Rosenblum, Yngve Holen, Rainer Fetting, and more can be found throughout the hotel’s shared spaces.

Rooms and interiors also drew inspiration from the local community, and are filled with an eclectic mix of contemporary art, photography, and objects by local artists.

citizenM supports the communities it operates in by bringing art to the forefront through commissioned and existing works by local artists. In Chicago, the firm partnered with Airlifting – a platform for artists who traditionally have been underrepresented in the contemporary art market, to curate a variety of pieces for the in-room art. The program offers artists who experience a variety of challenges, from disabilities to homelessness, the chance to secure their own income through the sale of original paintings, prints, and products.

It may offer luxury design that’s affordable, but it’s also a brand that’s clearly sensitive to the communities it serves. 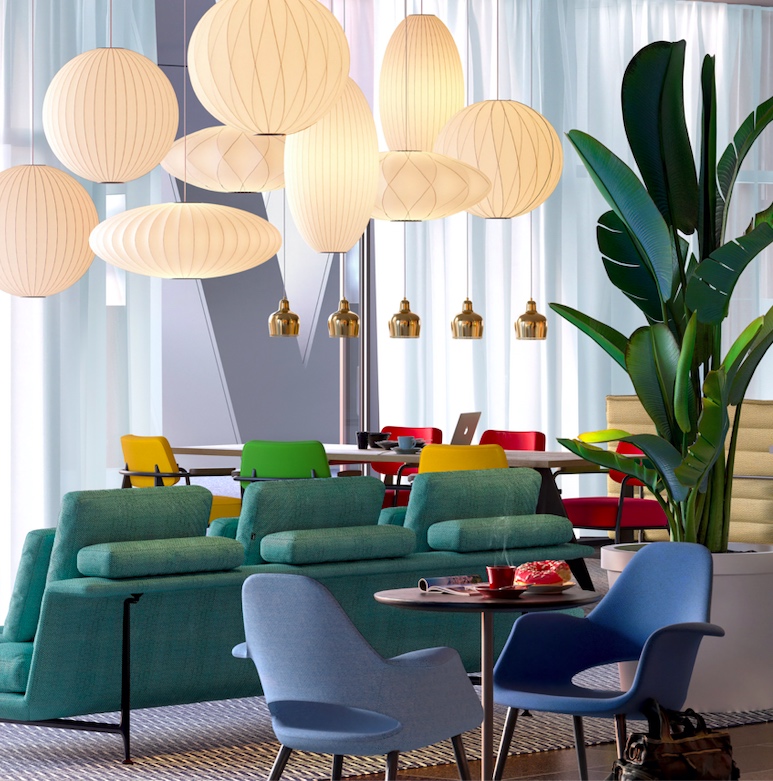 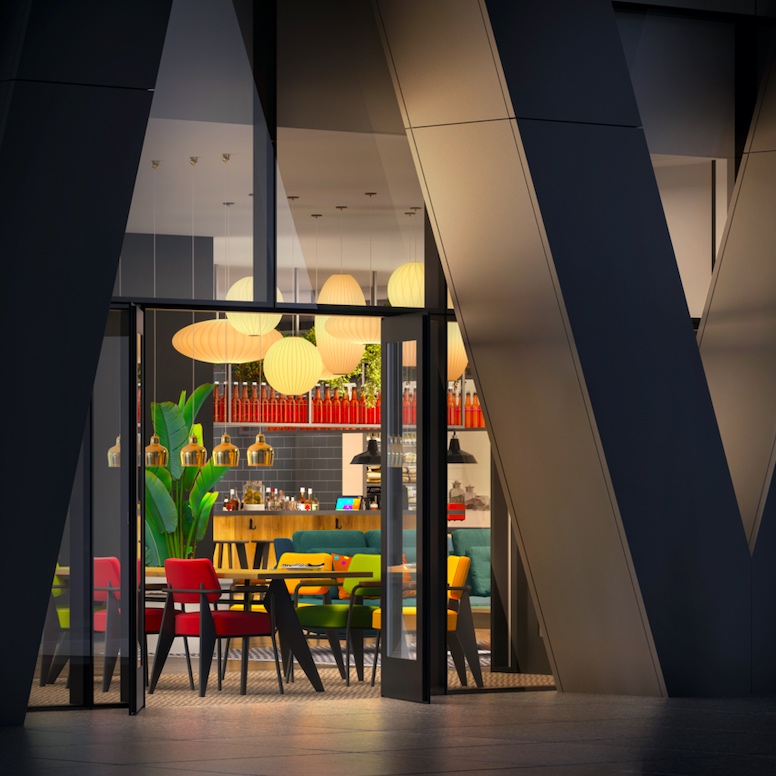 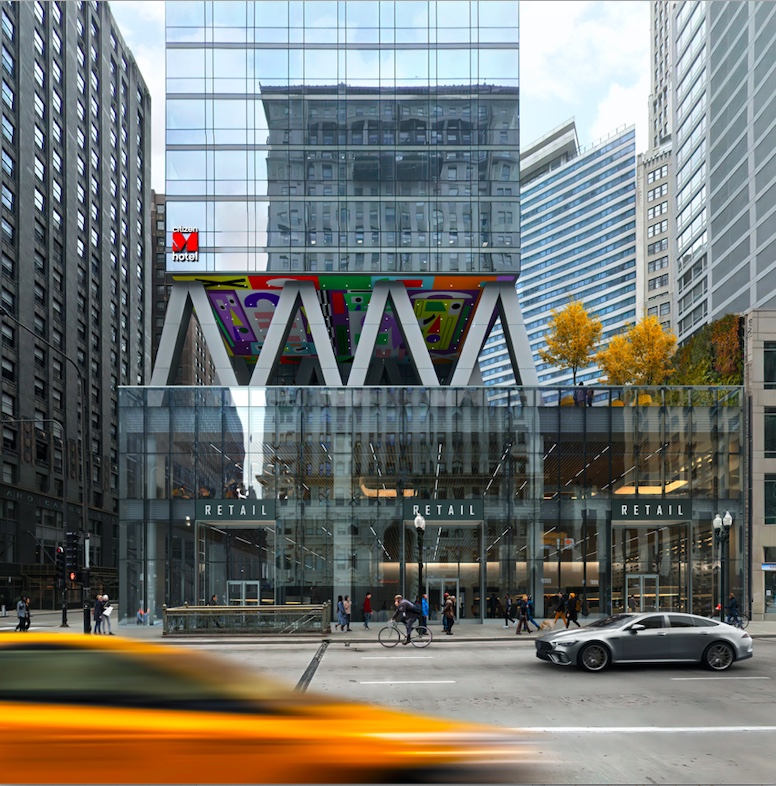 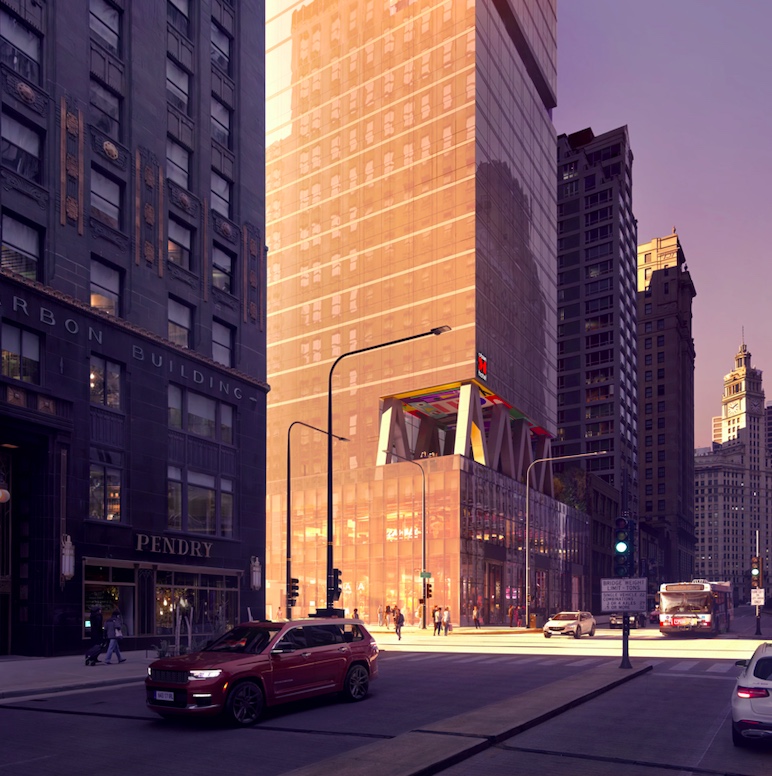 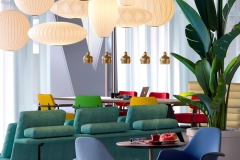 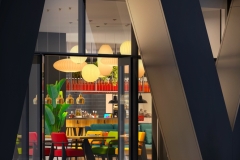 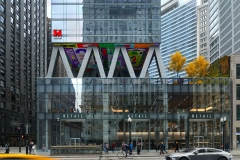 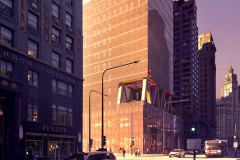 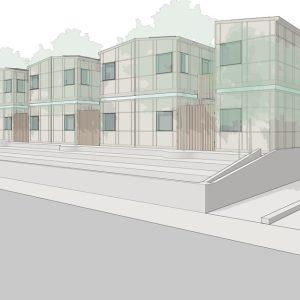