Its design in Riverdale Park, Md. was driven by the patterns of nature that its scientists study every day.

The National Oceanic and Atmospheric Administration (NOAA) National Center for Weather and Climate Prediction, designed by HOK, takes its shape from the motion of the wind and the sea.

“Those undulating forms became the parti,” says HOK’s Roger Schwabacher, senior associate and project architect.  “The form is tied back to the mission of the researchers and the organization we were designing it for.”

It’s 289,000 square feet clad in precast concrete that’s pigmented for a terra cotta tone, and a unitized curtain wall of coated aluminum on its south façade.  The sunshade minimizes heat gain during the summer, and allows light to bounce deep during winter months.

Inside, it’s all business for the mission-critical government organization that operates the National Weather Service 24/7.  HOK designed three curving wings that join at a five-story atrium at the building’s center, where kitchens and restrooms also connect.

“A lot of scientists are introverted, but people informally interact and collaborate in this atrium space,” he says.  “They see each other on a daily basis.”

Other spaces inside accommodate more of the same, including a collaboration center, conference center, a library and a 500 seat auditorium that’s in constant use.  There are three labs, a 10,000 square-foot data center for super computers, and office space.

The building opened in July 2012, and was recently awarded LEED Gold status.  It reuses water stored in a cistern on site for irrigation of its green roofs – and for its five-story waterfall with custom scupper and rain chain on its east façade.

Just as the waterfall is activated during a rainfall, a large sculpture mounted on the side of a 700-car parking garage, created by California artist Ned Kahn, is activated by the wind.

“This is a group that studies the earth and its environment,” Schwabacher says.  “We wanted to capture the patterns of motion and the swirling forms.”

It may be solid as a rock, but it does convey a sense of motion. 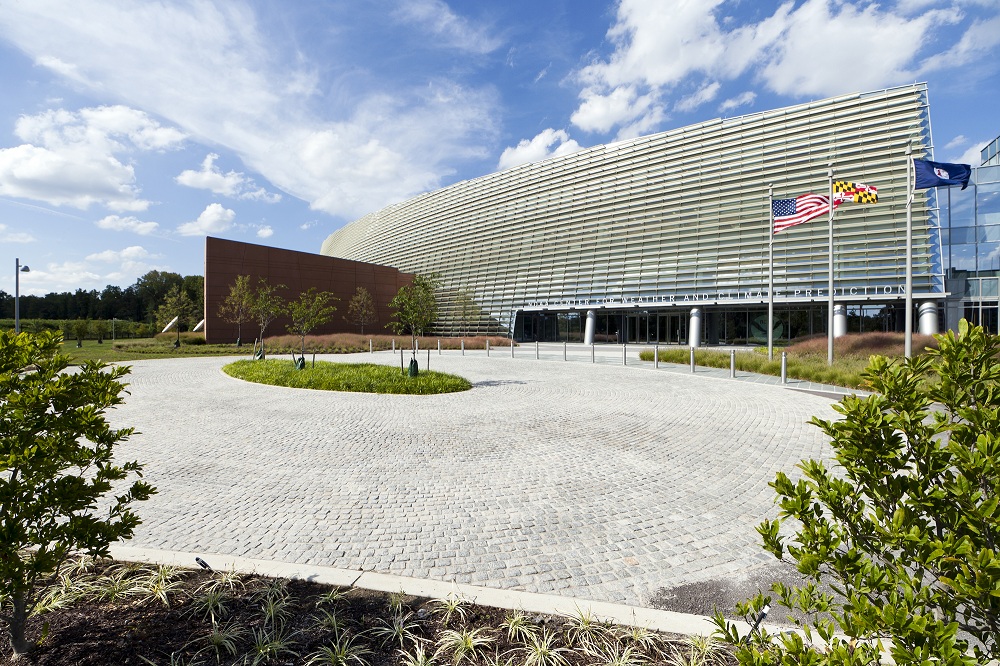 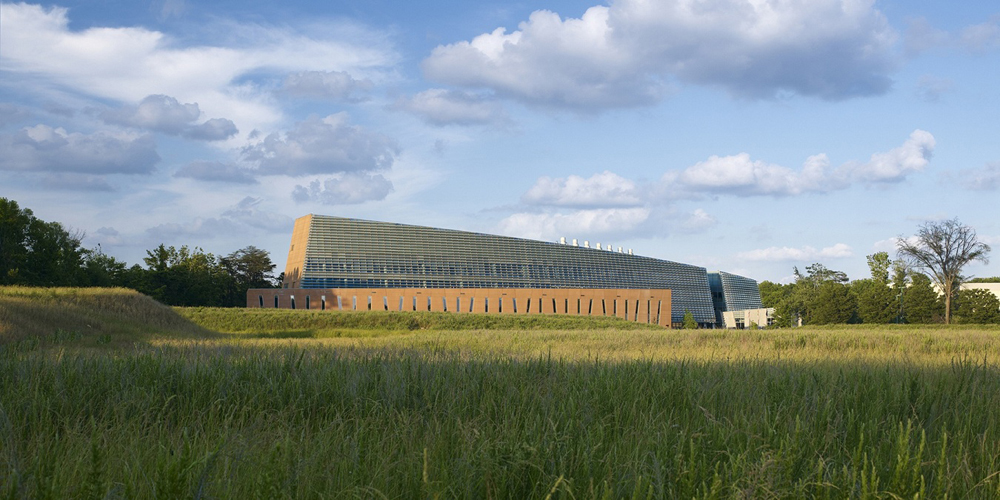 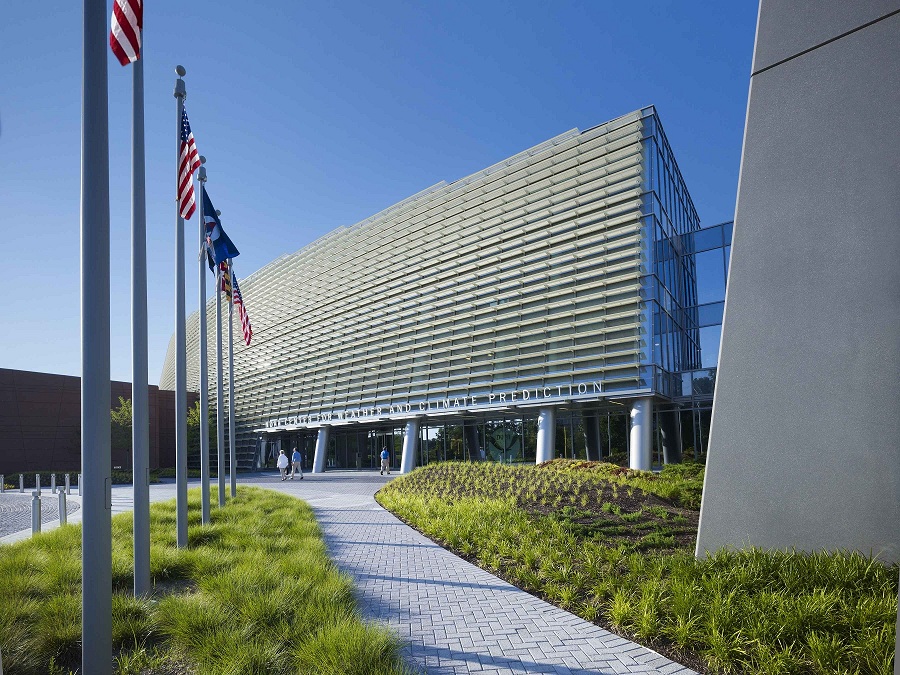 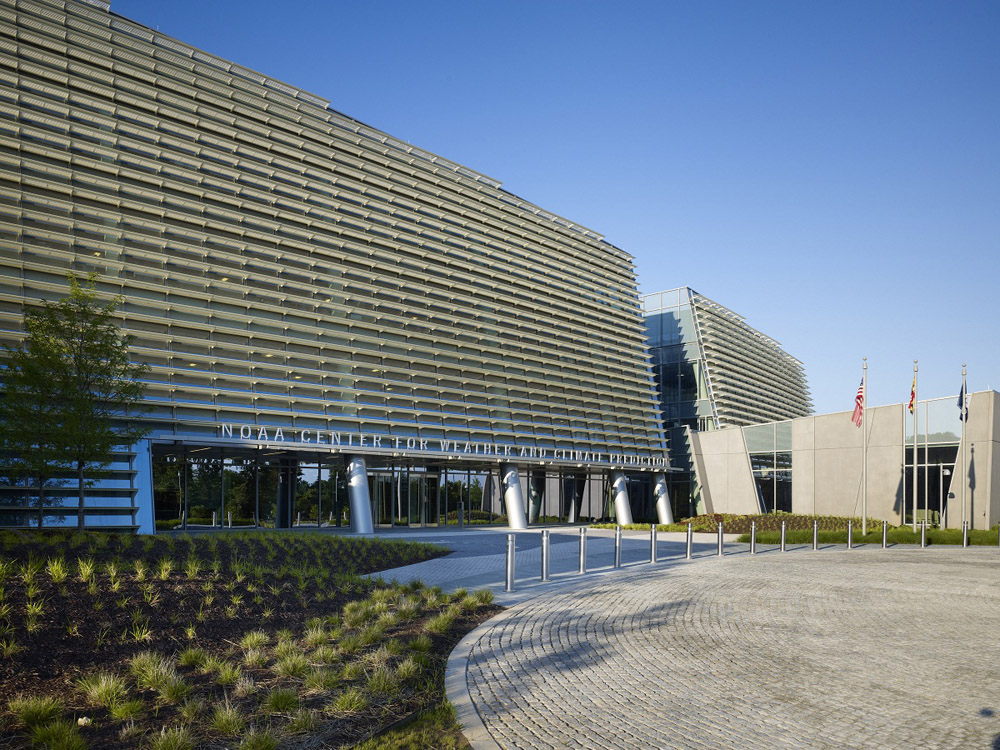 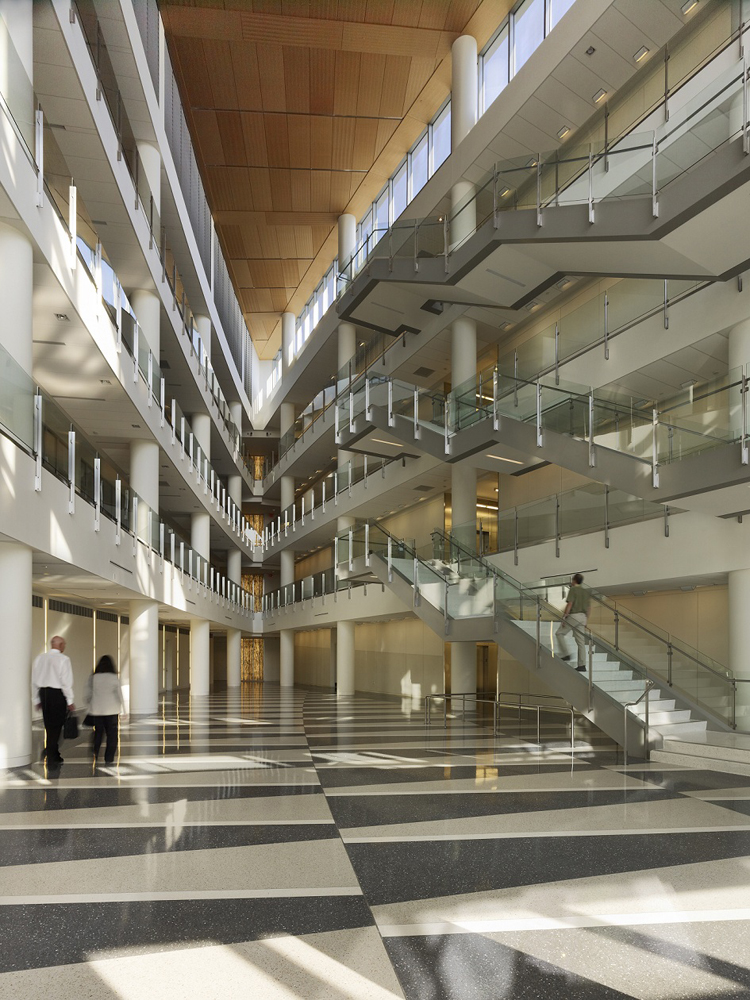 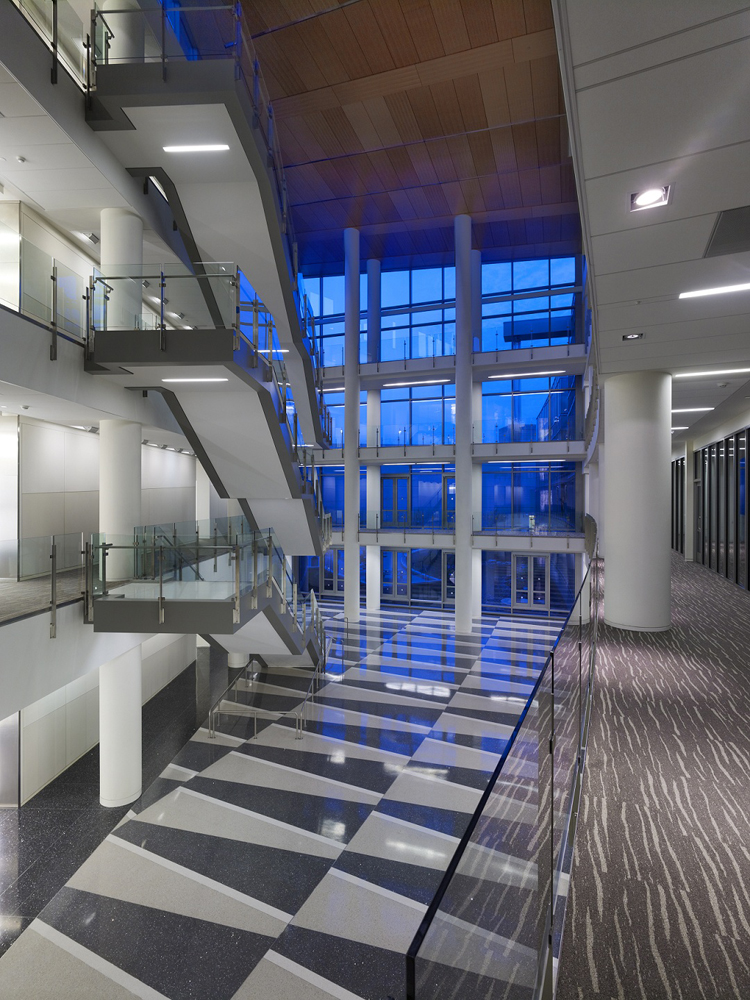 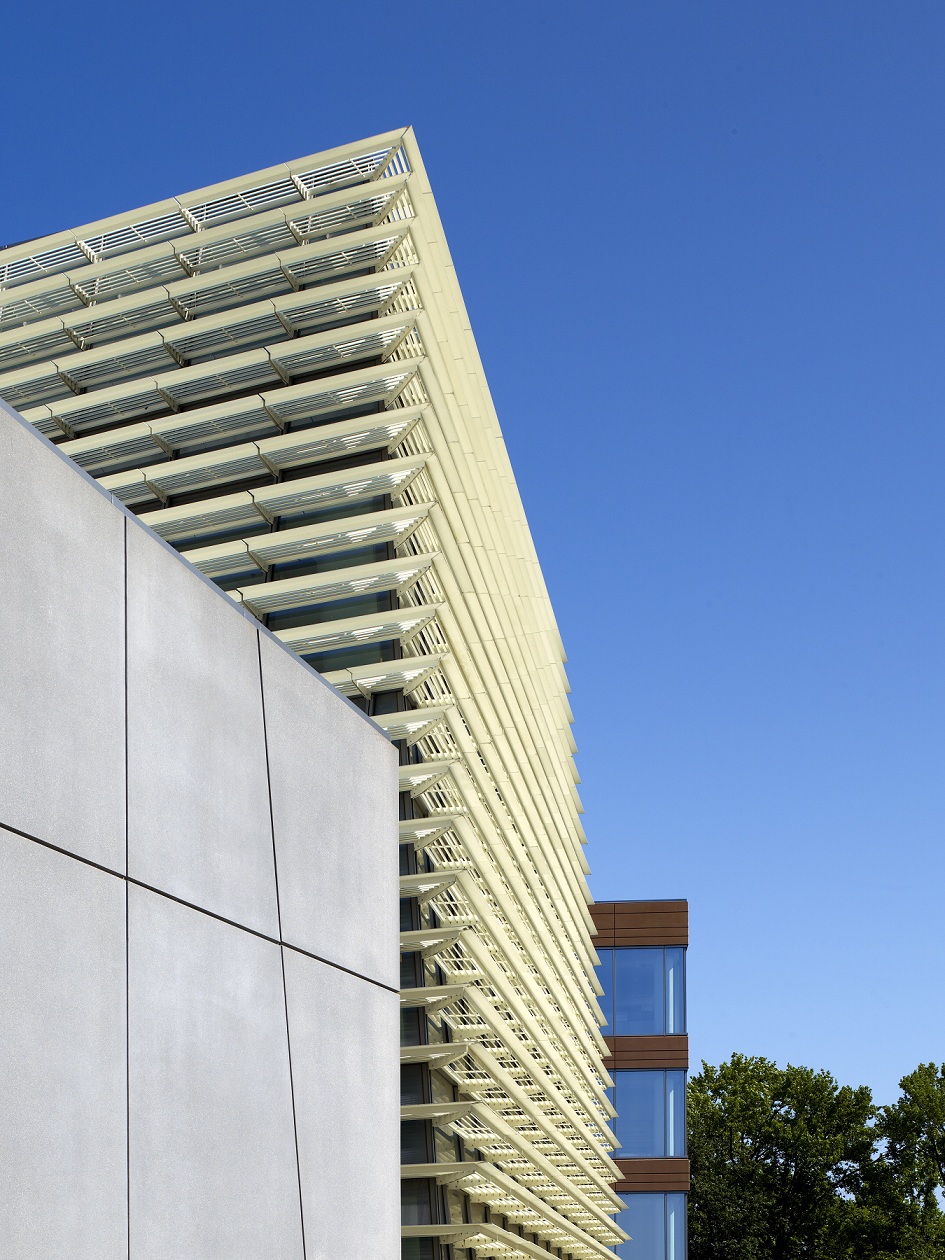 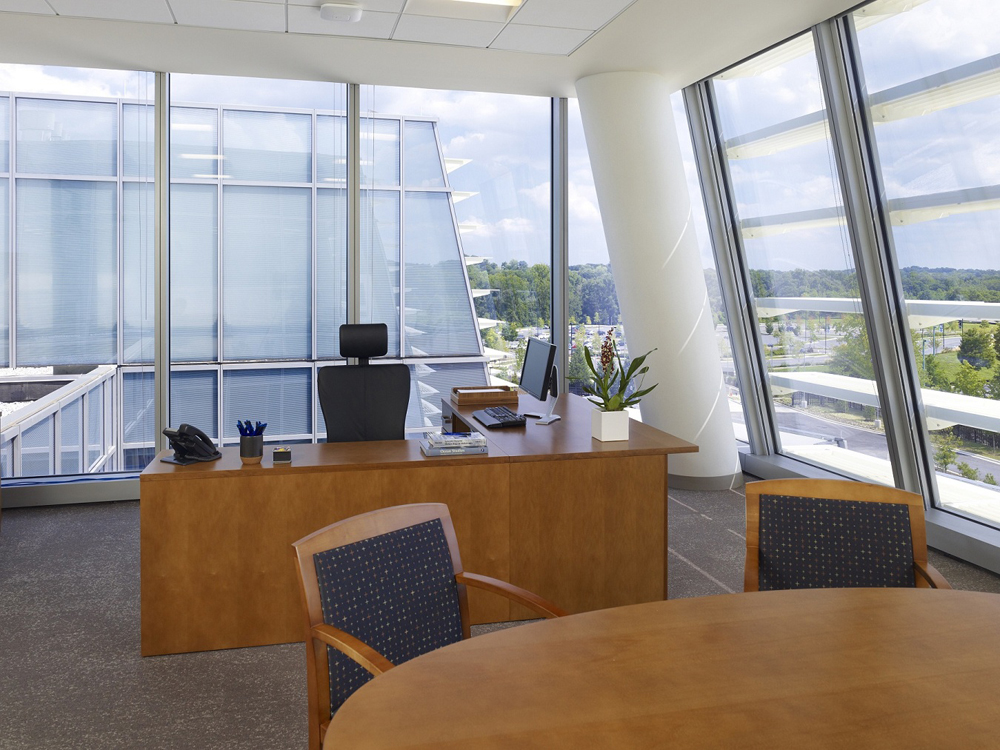 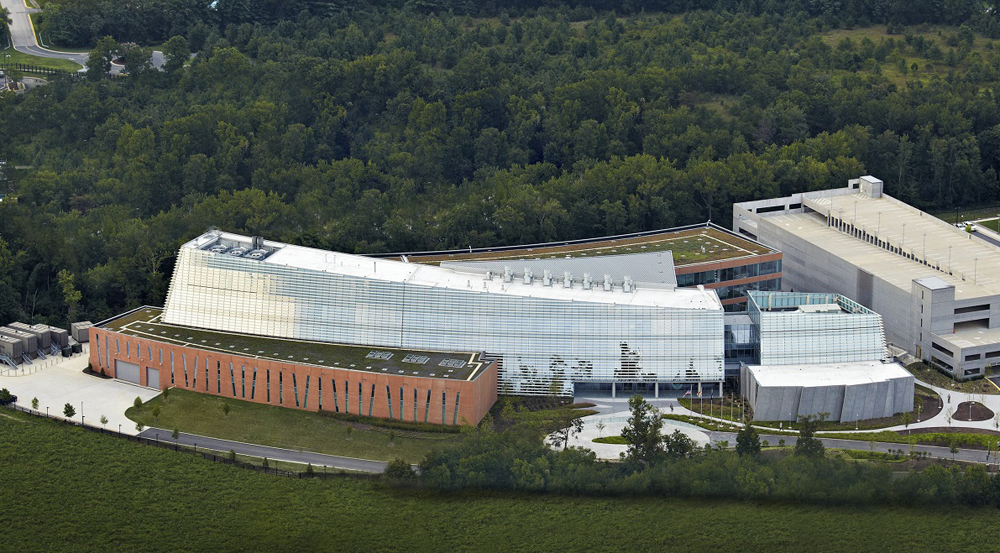 Up on Riverside Drive on the south bank of Richmond’s James River, Watershed Architects is putting the finishing touches...