For the third time in four years, World Monuments Fund (WMF) is inviting nominations for the Knoll Modernism Prize, as it seeks to identify significant mid-century modern architecture.

Not too long ago, the mid-century moderns suffered a perception akin to that of the Victorians in the 1950s.  They were old, abandoned and too often torn down.

“People thought of them as wonky, with their cement slabs and plate glass,” says Lisa Ackerman, WMF executive vice president and chief operating officer.  “They hadn’t been around long enough to be appreciated – it takes awhile to catch up with architectural aesthetics.”

Ironically, their stripped-down style can be found everywhere across the U.S. – and was often the style that replaced the demolished 19th-century Gothic Revival, Queen Anne or neo-Baroque building.

“There was this wave of euphoria,” she says.  “Every Main Street has one – a hospital or a school from the A-list of modern architects.”

These days, though, work by the likes of Paul Rudolph can’t be wiped off the planet fast enough.  So Knoll and WMF established a prize to be awarded to a design professional or firm in recognition of innovative design solutions that preserved or saved a modern landmark at risk.  “If we can’t save them all, we can raise the consciousness within the public realm,” she says.

The prize seeks to raise awareness of a building’s significance to contemporary life, the important place it holds in the architectural record, and the influential role that architects and designers play in preserving modern heritage.  Nominated projects should have enhanced a site’s architectural, functional, economic, and environmental sustainability while benefiting the community, and must have been completed in 2007 or after.

The 2008 prize winner, a 1930 trade school designed by Hannes Meyer, the second director of the Bauhaus, is located on the outskirts of Berlin.  The 2010 prize winner is a sanatorium known as the Zonnestraal in Hilversum, Netherlands, designed by Jan Duiker.

An independent jury chaired by Barry Bergdoll, chief curator of architecture & design, at the Museum of Modern Art, will select the winner.

Deadline for nominations is July 31.

For more information, go to www.wmf.org/modernism. 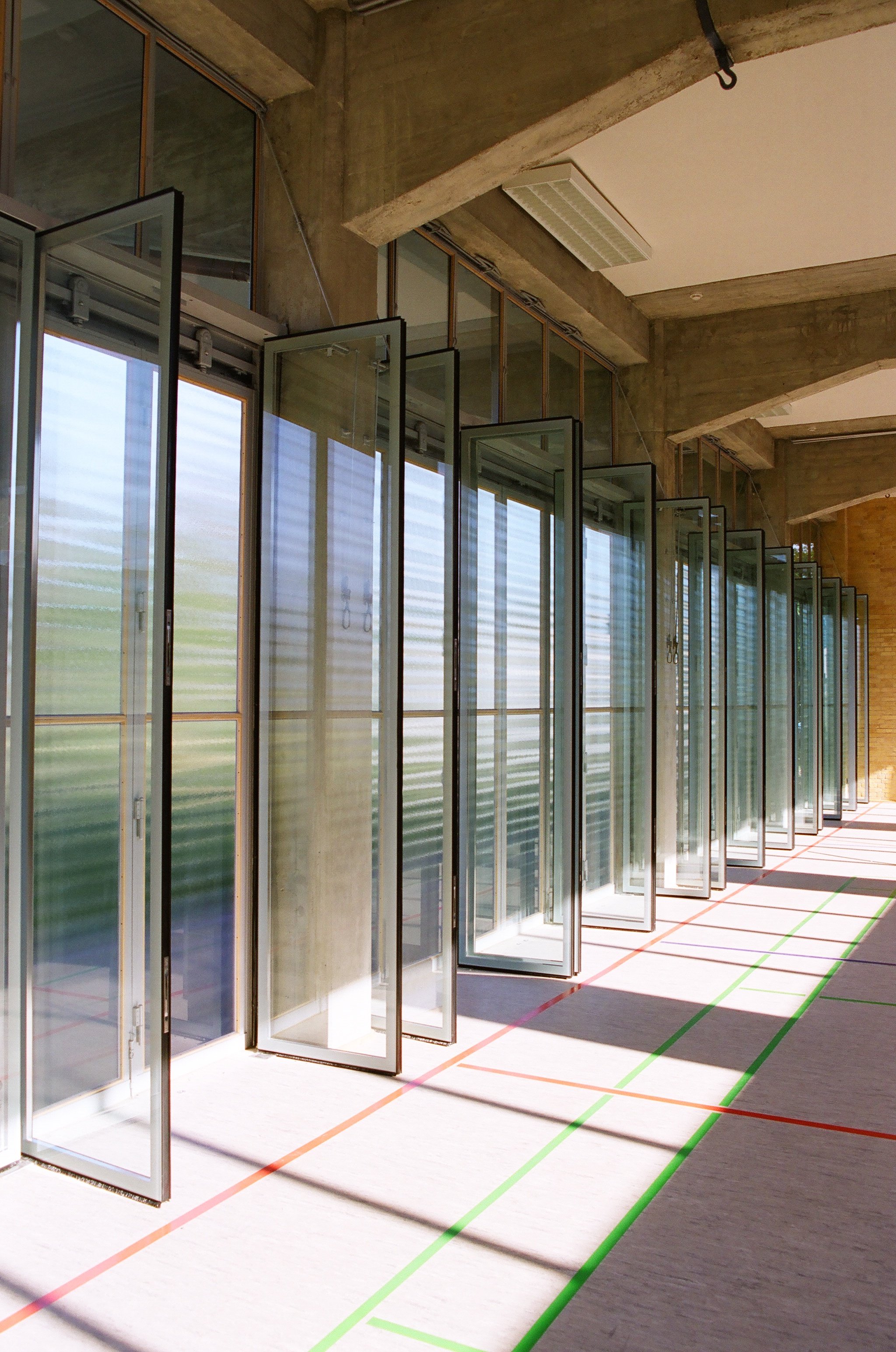 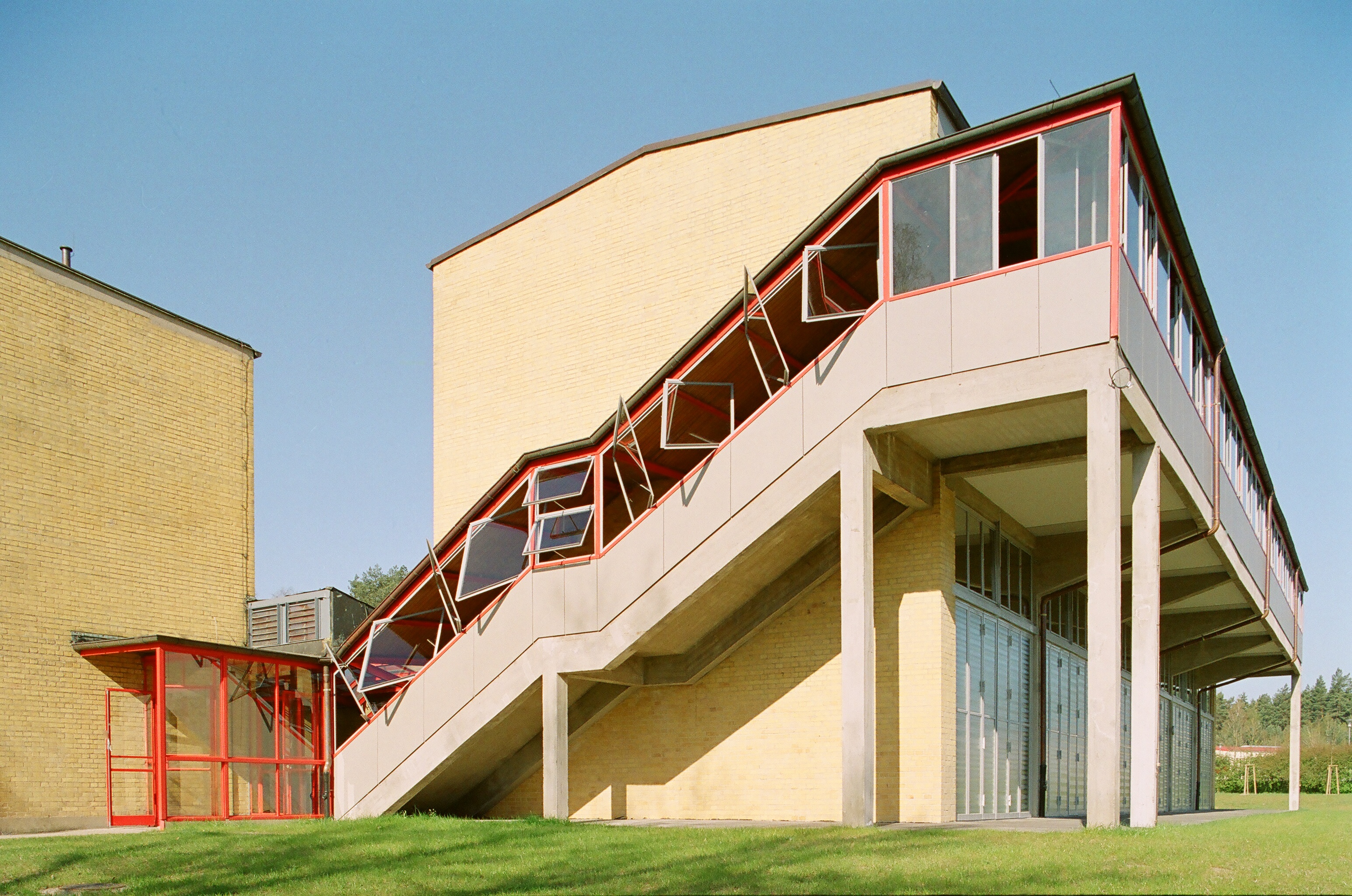 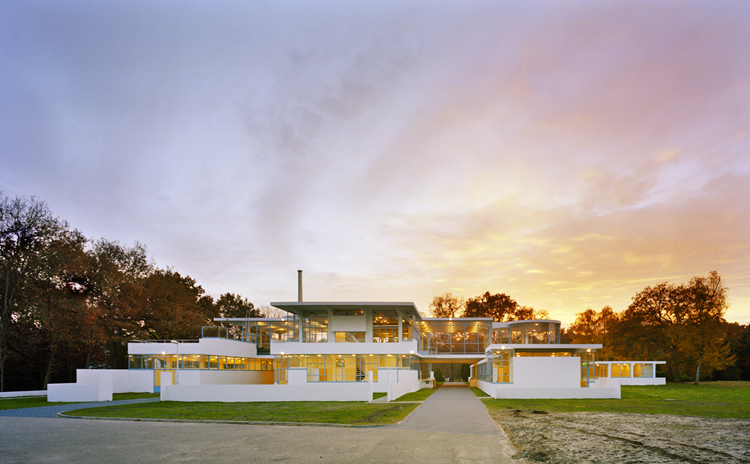 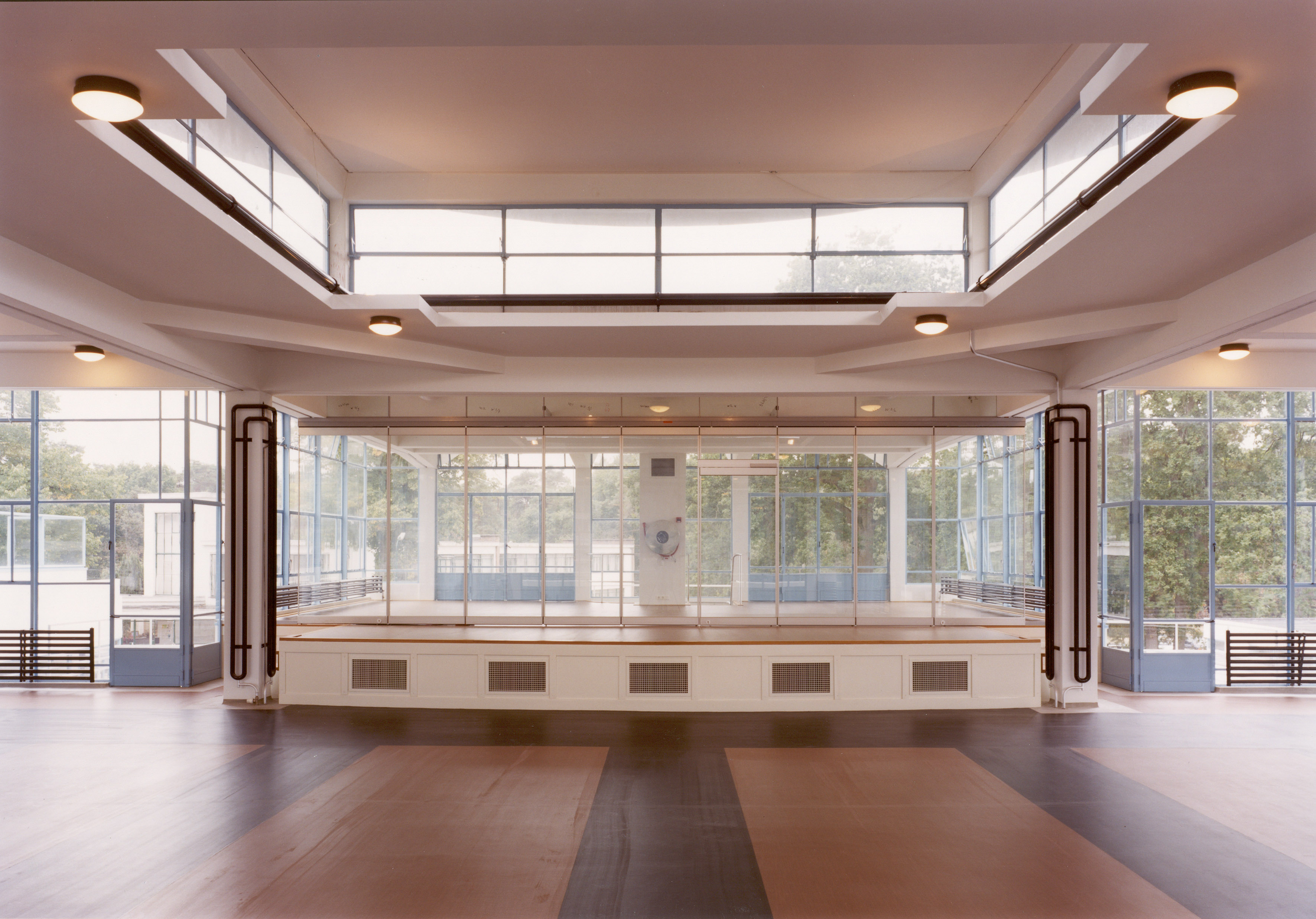 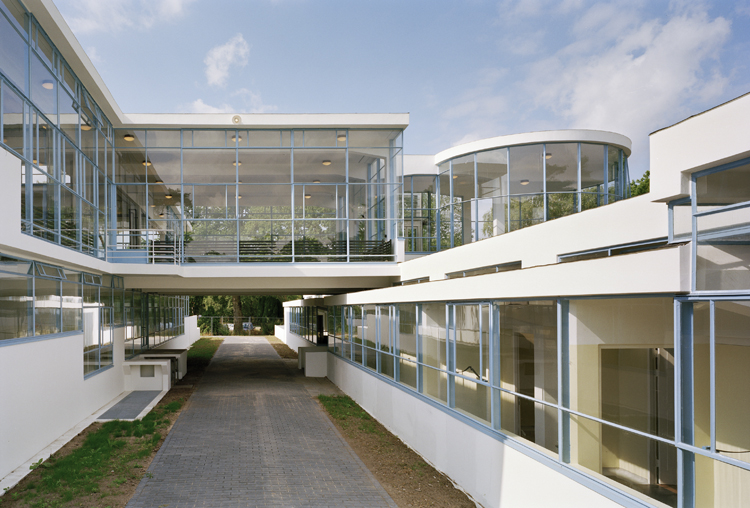 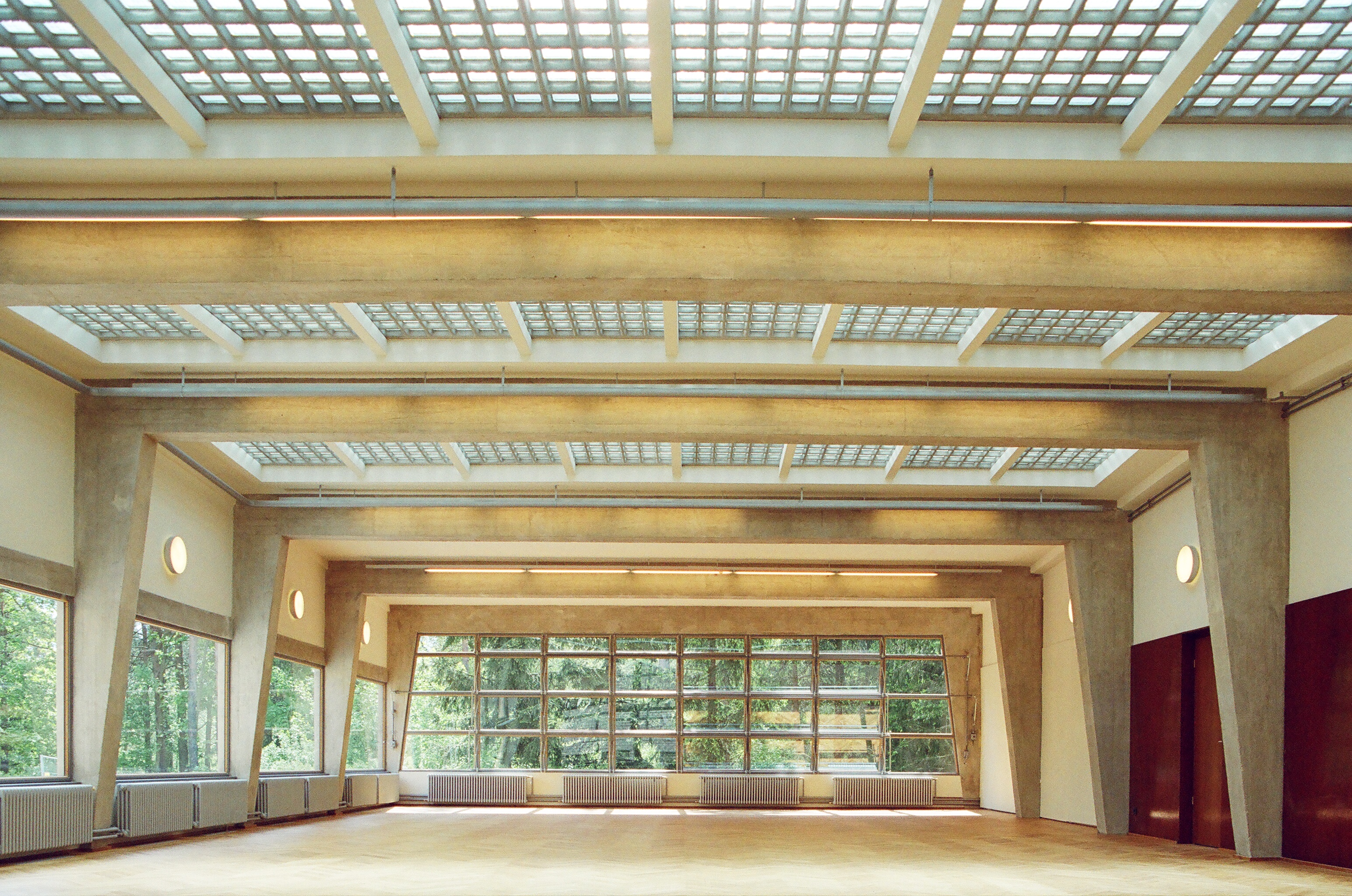 Flat roofs that leaked–abolishing the gable roof, the greatest innovation since we abandoned caves; excessive glass that skyrocketed energy costs. Such Modernoid architecture put superficial looks above essential functions, a crippling heresy that Phililip Johnson spent too long a life propagandizing.Our first (and best) house (1954) was a National Homes prefab Cape Cod designed by the neglected genius Charles Goodman: $6000, $400 down,$40 a month.Our second was a sweetly disciplined three bedroom modern by Louie Kahn, (1959),$23,000, cleverly deployed into a hillside of century old oaks. Modernoiders have ignored Nature foolishly, consumed by their hubris of “innovation” which usually amounts to callow goofs. Lets invest our future architectural IQ’s into greening exteriors and interiors at lowest possible prices by prefabbing.I now live on the third floor of a 1782 Villa ($110,000)in Weimar,Germany, happy for its solid craftsmanship and surrounding cobbled pavements. Modernoidism has been the biggest avoidable error of the 20th Century.What looks new is not always esthetically superb.The real assignment of the 21st century is the abolition of favelas where billions of the poorest live enchained. Patrick D. Hazard,Weimar,Germany.