Five were razed or destroyed by fire over the years, leaving All Souls Episcopal Church in Biltmore Village near Asheville the lone survivor.  It’s also the architect’s last design – he’d completed its drawings and staked out its site right before he died in July, 1895.  By November 1896, his church and parish house were completed, in a team effort spearheaded by his son, Richard Howland Hunt, architect Richard Sharp Smith, and Biltmore Estate’s owner, George Washington Vanderbilt.

“The bids were let out in the fall of 1895,” said architectural historian Martha Fullington.  “Imagine the workforce that George Vanderbilt had – to finish it in one year is just amazing.”

Designed as a small village chapel for 220 people, All Souls takes the shape of a symmetrical Greek cross.  Its transepts are all of equal length, providing an unusual sense of interior intimacy.

“It’s a gorgeous little jewel box inside,” Martha said.  “Because of the transepts, you’re looking at people’s faces, rather than the backs of their heads.”

Hunt designed its furnishings, including altar, bishop’s chair and movable pews.  All were handcrafted by artisans from Vanderbilt’s Biltmore.  Its stained glass windows were crafted by David Maitland Armstrong and his daughter Helen, contemporaries of Louis Comfort Tiffany and John La Farge.  The church can easily claim the largest installation of work by Armstrong anywhere in the nation – including one window posthumously dedicated to the architect himself.

Its exterior, in brick and pebbledash with heavy timbers, is Romanesque Revival, though it suggests both French and English influences too.  “With Hunt, there such a huge vocabulary that you can run the danger of compartmentalizing his style,” Martha said.  “There’s even a Scandinavian influence in the way his gables kick up.”

Though its congregation has grown over the years, Hunt’s design remains unaltered.  Instead of expanding the physical structure, the church simply offers additional services for its 800 members during the week.  As Martha said, “It’s something to be preserved, not muddled with.”

Frederick Law Olmsted’s surrounding landscape design has been adhered to as well.  The lindens, maples, tulip poplars and sweet gums on nearby streets – all proscribed in a rhythmic pattern – are carefully replanted with identical species when they die.  A number of the originals still thrive. 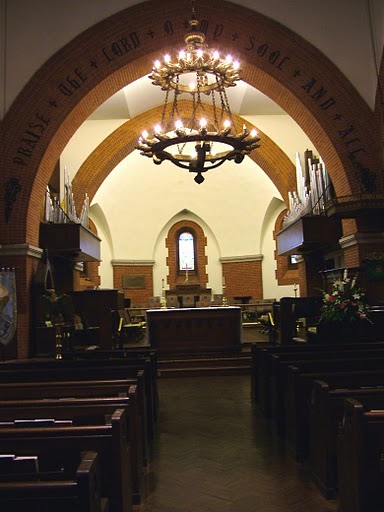 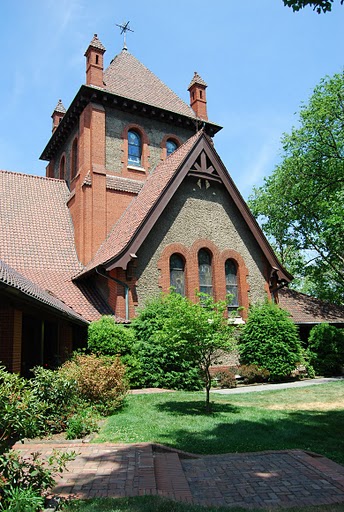 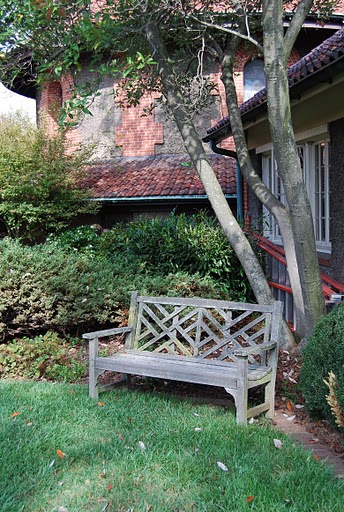 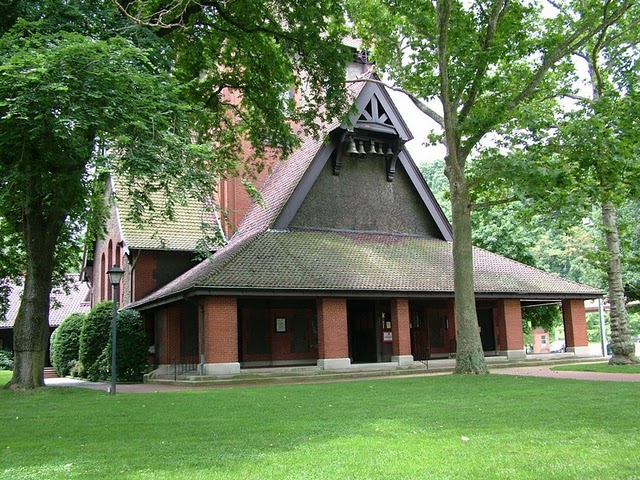 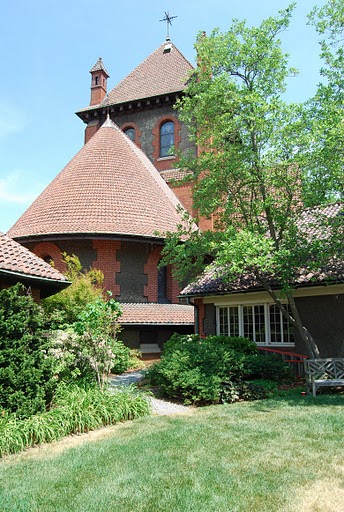 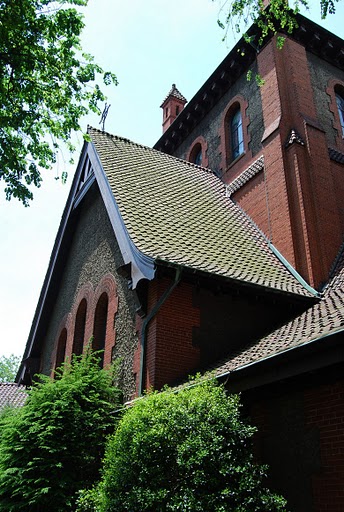 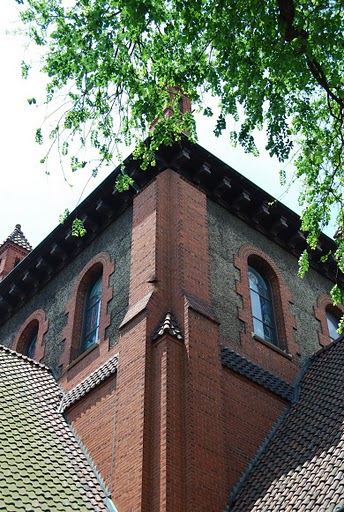 In May 2010, for the first time, I entered the modestly-sized sanctuary of The Cathedral of All Souls. The interior of this place cannot be adequately photographed. It is one of those spaces that must be entered and given relaxed time to soak in the spirituality that good architecture is capable of being. It is quite incredible.

What a magnificent church! For me, the beauty lies in its simplicity of form, the pleasing mix of colors and materials, and a very powerful sense of strength and majesty. So beautiful . . .

On what was, a decade ago, a toxic dumping ground in southeastern Raleigh, an urban wetlands center now triumphantly embraces...