The hot topic of tiny houses recently collided with the unsolved issue of homelessness in Raleigh, N.C.

There, two concerned groups collaborated to launch an international competition aimed at creating a cutting-edge community of 12 tiny homes for those who have none.

Downtown. On a third-acre lot at the fringe of a hipster neighborhood. Coincidentally, it boasts one of the premiere views of the city’s skyline.

The competition, a collaboration between AIANC’s Activate14 committee and the Raleigh/Wake Partnership to End and Prevent Homelessness, opened in March and closed in May. It attracted more than 100 entries. The winner – a sophisticated, elegant solution by Efstratios Skopelitis, Maria Christoulia, Alexandros Valsamidis – hails from Greece.

“The Greek entry won because it was, first and foremost, the best site plan – there was a relationship to the neighborhood,” says Erin Sterling Lewis, spokesperson for Activate14. “And the homes themselves had good relationships to each other and the community inside the site.”

Each entrant was asked to design 12 tiny homes with sleeping, sitting and eating areas – and a half bath. “We wanted the private spaces where residents could create their own character, but also areas where they’re sort of forced to create community,” she says.

So there’s a common kitchen/dining building, laundry, showers, and a community garden – plus a recreational area for games like checkers and chess. Also included are a work/study area with computer and library.

“It’s transitional housing – it’s the next step for people between homelessness and permanent residences,” she says. “When they’re there, they have certain responsibilities- like maintaining the garden, cleaning the kitchen and other maintenance, in lieu of rent.”

The competition was not created out of a vacuum. Before the program was written, Activate 14 and the Partnership held a panel discussion with the Wake County Women’s Center and The Love Wins Ministries, each of which offered their own perspectives. They also looked to similar projects in Seattle and Portland, Wash.

“One of the questions was how to create a community where people drive by and don’t say: ‘That’s where the poor people live,'” she says. “It had to have a cool component – and be different, but not in a loud way.”

The winning entry, which took home a $1,500 prize, certainly fits that bill. Now the only question is: Will they be built?

“One of Raleigh’s city councilors met with me before the competition and said she had an idea it could work if they partnered with another entity who’s a funder – to sell the idea to a partner like the United Way,” Lewis says.

That could make the community a measurable result, rather than a recipient of endless funding for a nagging concern. The best news is that the homes may not be expensive at all. Some estimates place each 144 square-foot home at about $70 per square foot, which brings them in at about $10,000 apiece, plus the common areas.

“Volunteer labor could help offset some of the cost,” Lewis says.

Raleigh’s a generous community with no shortage of that kind of effort. All that’s really needed now is a sincere commitment from a partner with deep pockets. 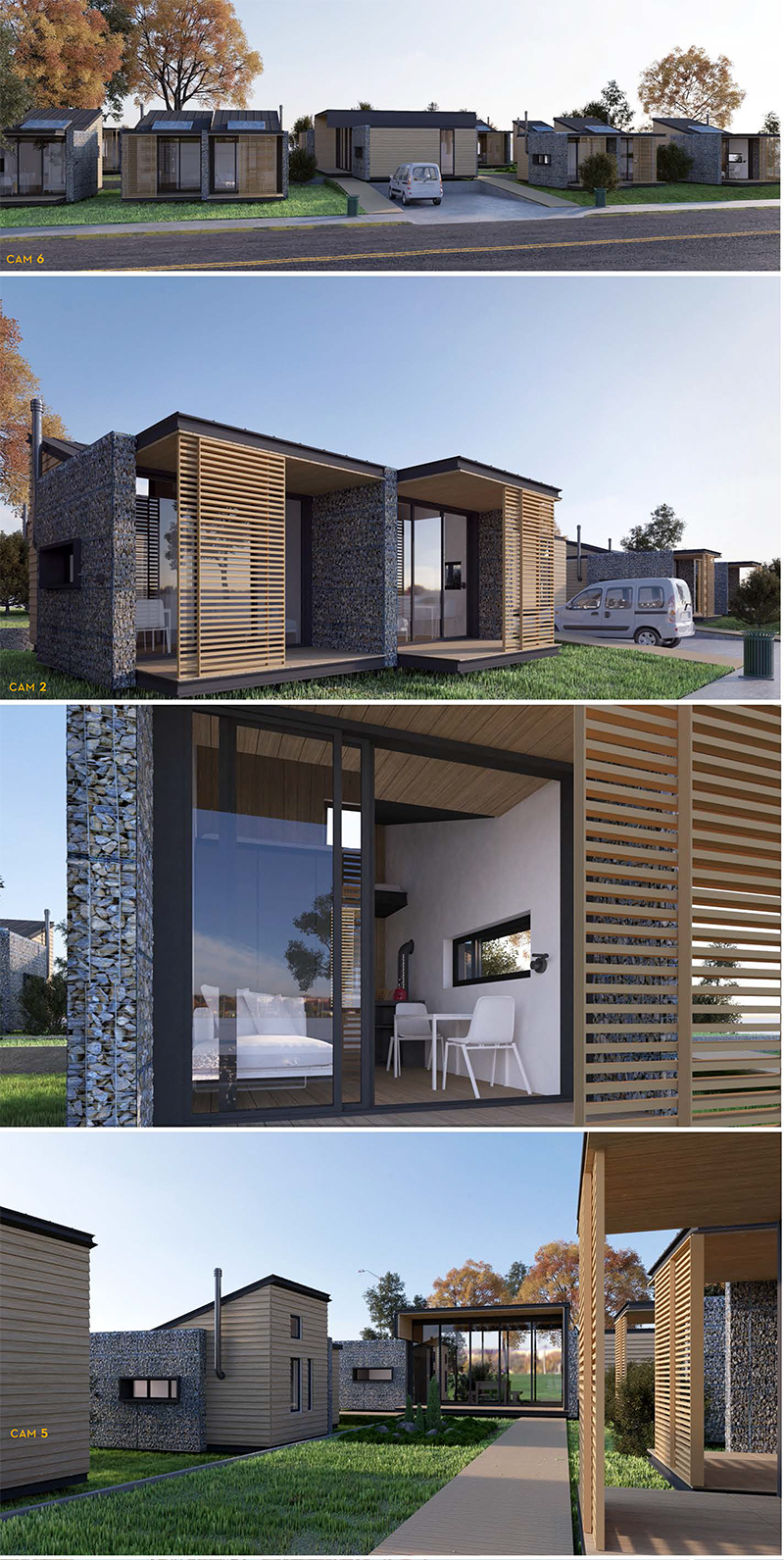 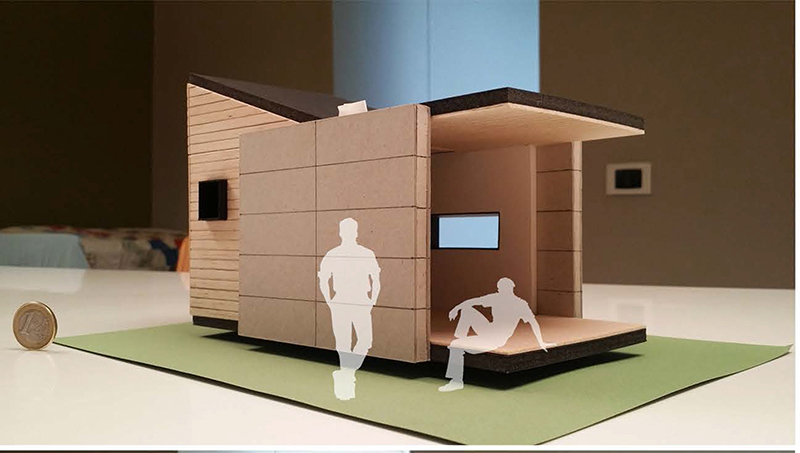 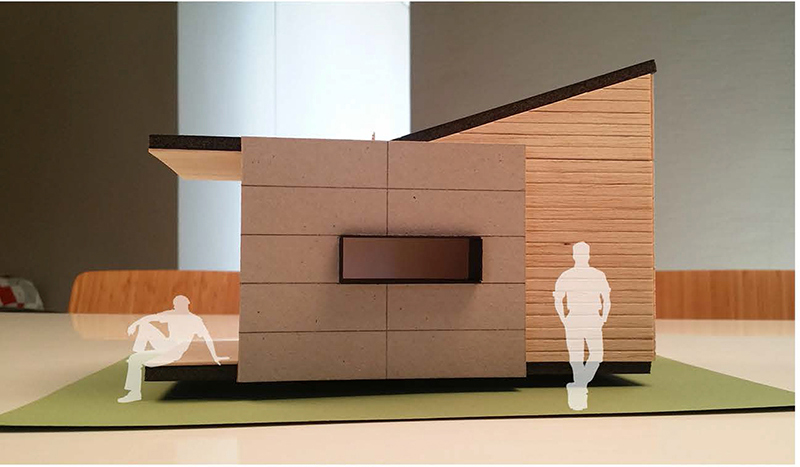 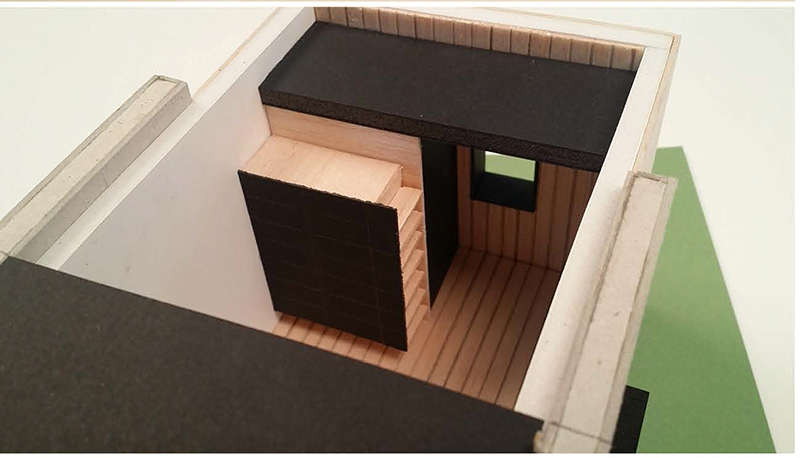 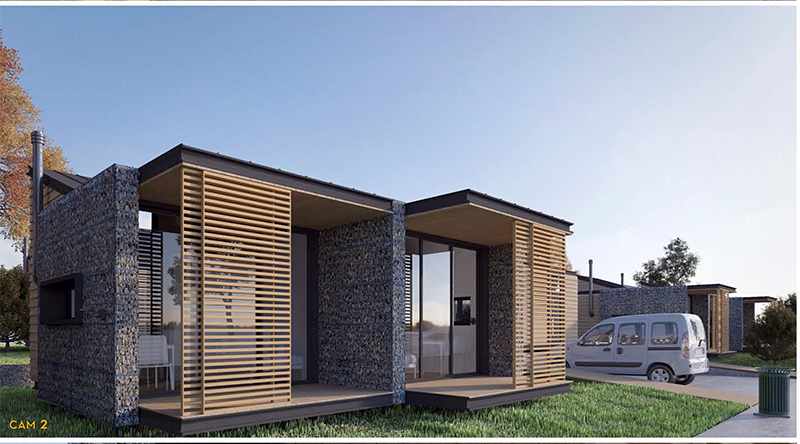 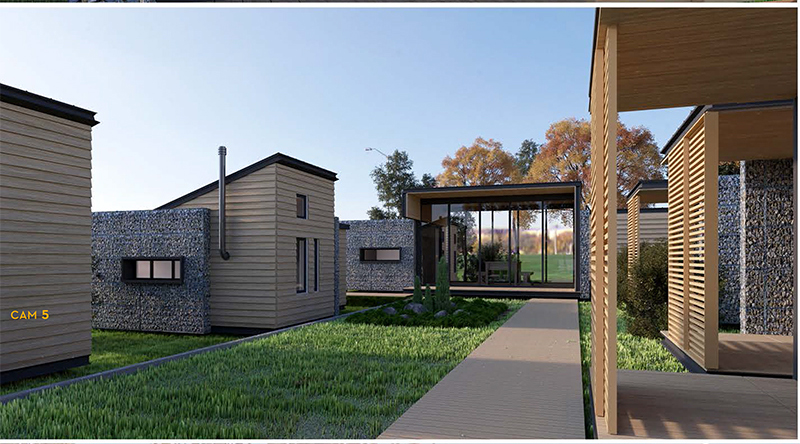 This was a pair of clients who wanted it all: green, modern, accessible, and affordable. They were also a couple with...