Phillip James Dodd studied at the Prince of Wales Institute of Classical Architecture in London, worked in the office of Fairfax & Sammons, heeded Sammons’ advice and attended Graduate School at the Notre Dame School of Architecture before returning to his mentor Sammons and New York.

But does that make him a Classicist?

“We’re romantics,” says the U.K. native practicing in Greenwich, Connecticut. “We talk to our clients; we paint a picture for them of how to experience the soul of the house.”

He did that with a new Spanish Mediterranean-style home he created for a Greenwich family in the Estate district of Palm Beach. It’s surrounded by homes by Addison Mizner, Marion Sims Wyeth, Maurice Fatio, and John Volk, in a neighborhood that breathes rarified air.

While with Sammons, he’d worked on the restoration and expansion of Maurice Fatio’s 1930 masterpiece, Il Palmetto, in Palm Beach, immersing himself in the Spanish Mediterranean style.

As he worked through the details of design for the Palm Beach Spanish Mediterranean, he was also writing his third book, An American Renaissance: Beaux-Arts Architecture in New York City, published in 2021, and featuring a foreword by Julian Fellowes. The book and the new home informed each other over a five-year period. “I teach, lecture, and write books about others—all of my clients think of me as a little professor.”

He used that status to his advantage when it came time to present his design to the Palm Beach Architectural Review Commission. Told by peers that he’d likely go through multiple iterations with the commission, he began to think through the questions he’d be asked.

More specifically, he thought about the limestone quoins that rise halfway up the home’s exterior at the family room. And Dodd was sure he’d be asked about his half-high quoins. Sure enough, when one commission member said, “Tell me about those quoins,” Dodd pulled out a number of Italian precedents that he’d researched and identified.

His design passed review unanimously. “It was the first time in almost ten years that had happened,” he says. “While it was very gratifying as a designer, more importantly, it countered the argument for only going local—or to a large New York City firm.”

His design breaks the home up into two sections, one public on the north and the other private, to the south where family spaces are out of view. “There are more plantings at the rear, near the pool, to muffle sounds from the street,” he says.

Because it’s in the Estate district of Palm Beach, he was allowed to design a tower for the 12,000-square-foot home. “It’s an essential part of the overall massing of the house. It helps give the home a little bit of gravitas.”

Inside, the home is suffused with details. Upon arrival, guests first experience a vaulted ceiling, then turn to find a stairway to the upper level. Its landing is elevated by three risers centered on a small window that gives a peek into the exterior courtyard that awaits. “We’re setting it up with little things like that—there’s a sense of romance and whimsey and the unexpected that I love,” he says.

Outside, he used a substantial palette beyond the stucco and limestone quoins. There’s a terra-cotta roof, mahogany windows, porches of pecky cypress, and a front door made of Burmese teak. “We treated it and sandblasted it to make it look old,” he says.

The local preservation foundation encouraged the architect to present the home for its Schuler Architectural Award, established in 2005 to recognize achievement in new architecture that expresses superior design and complements Palm Beach’s architectural history.

Dodd not only presented, but gave board members a tour. “They look at the design and ask the question, how does this improve the streetscape?”

The answer was favorable. He won the 2022 Elizabeth L. and John H. Schuler Architectural Award, for designing a modern home that looks as if it’s always been on site. “It was nice to show them a new house designed in this style, where you could still have every modern convenience that you want and not live like your grandparents,” he says.

Dodd says his design goal at the outset was not to embarrass himself. But he’s actually achieved just the opposite. He’s carved a niche for himself, alongside the rest of the great Palm Beach architects. 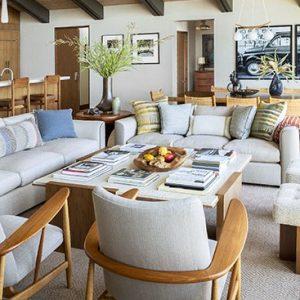 Ocean Home recently published a feature I wrote on the restoration of a midcentury modern home on the ocean in Malibu. Paul...