Born of the apocalyptic snowstorms of the past winter in New York, fLume is a found object and a truncated symbol of holidays past.

“When the snow melted, one of our partners discovered dozens and dozens of discarded Christmas trees revealed on the sidewalks,” said Manu Garza of et al. Collaborative.  “They were something once celebrated and then forgotten.”

He took a few back to his shop, stripped them down, gave the branches and needles to rooftop gardens in Brooklyn, and began to experiment.

The project grew out of partner Warren Chow’s younger experiences on the waterfront in Perth Amboy, N.J.  “I used to collect wood and horseshoe crab shells there when I was younger and always thought driftwood was petrified wood, worth the same as gold,” partner Warren Chow said.  “When I was there over the holidays I began collecting pieces almost out of nostalgia and began experimenting.”

The tree trunks and driftwood pieces became a symbol of collaboration, a way for the three natives of Texas, New York and Switzerland – alumni of firms like Albert Kahn, Richard Meier and OMA – to push and probe the environment around themselves for new solutions.

“We figured out the proportions and dimensions, and started working with lighting hardware,” he said.  “We looked at translucent filament in different shapes and sizes, then drilled into the wood for a specific place for the light.”

In essence, he said, pFlume is the product of a partnership that’s a reaction to the regularity of architecture – and starchitecture in particular.

Where some might see remnants of discarded wood, illuminated by clear glass light bulbs, the members of et al see the start of a collaborative partnership.  “We’ve all worked for top name architects and designers,” Garza said.  “But this group starts with its name.  It’s really about other people, about the exchange of ideas and the opportunity to grow.

For more on et al. Collaborative, go to http://etal-collaborative.com/ 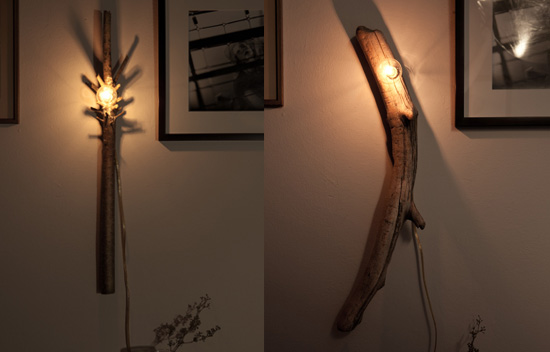 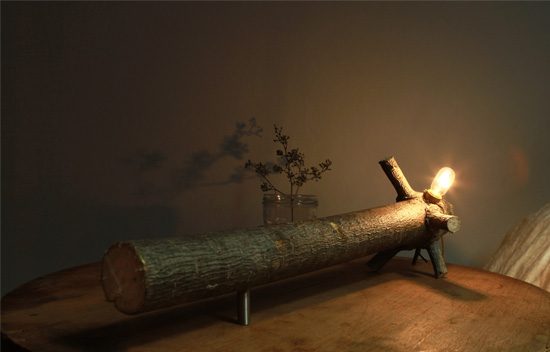 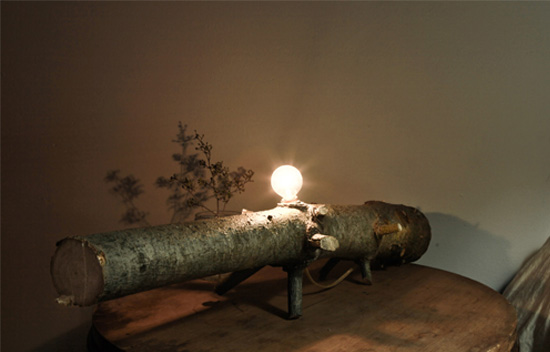 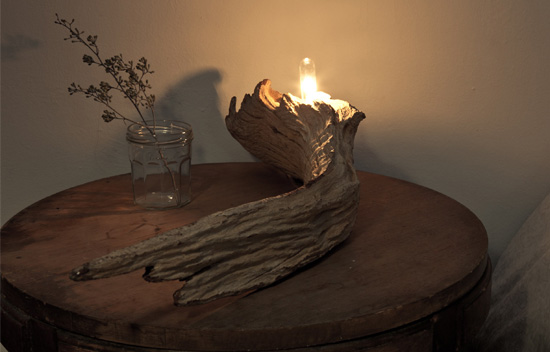 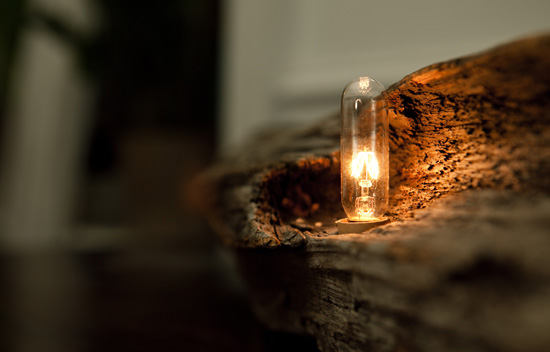 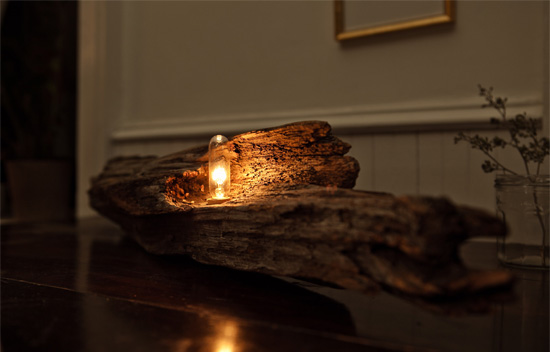 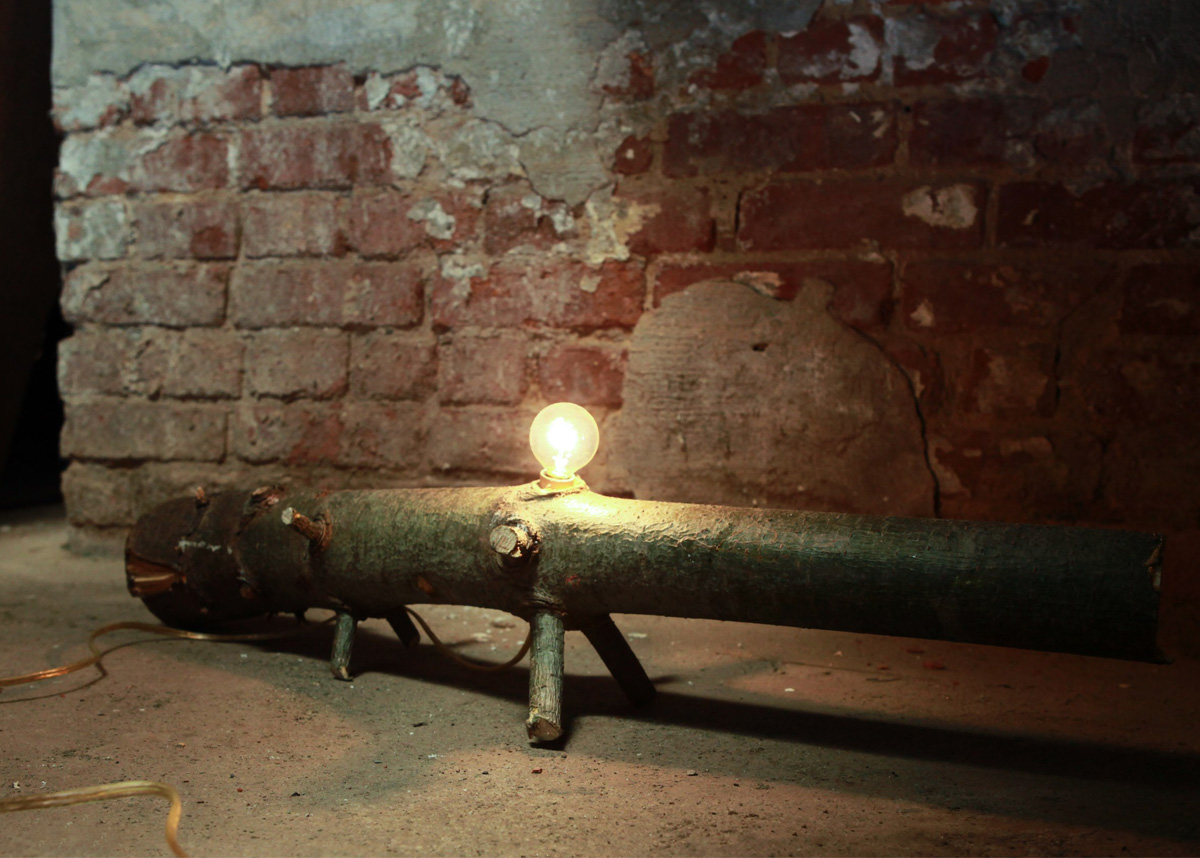 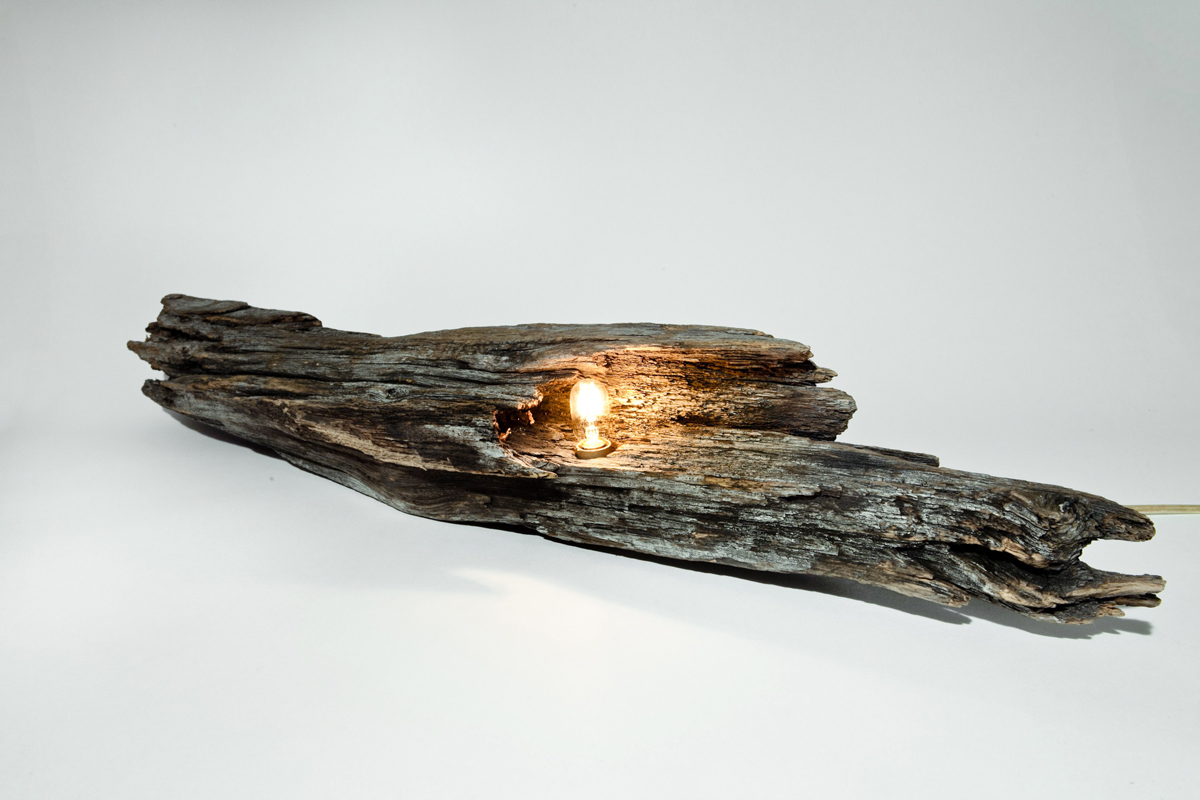 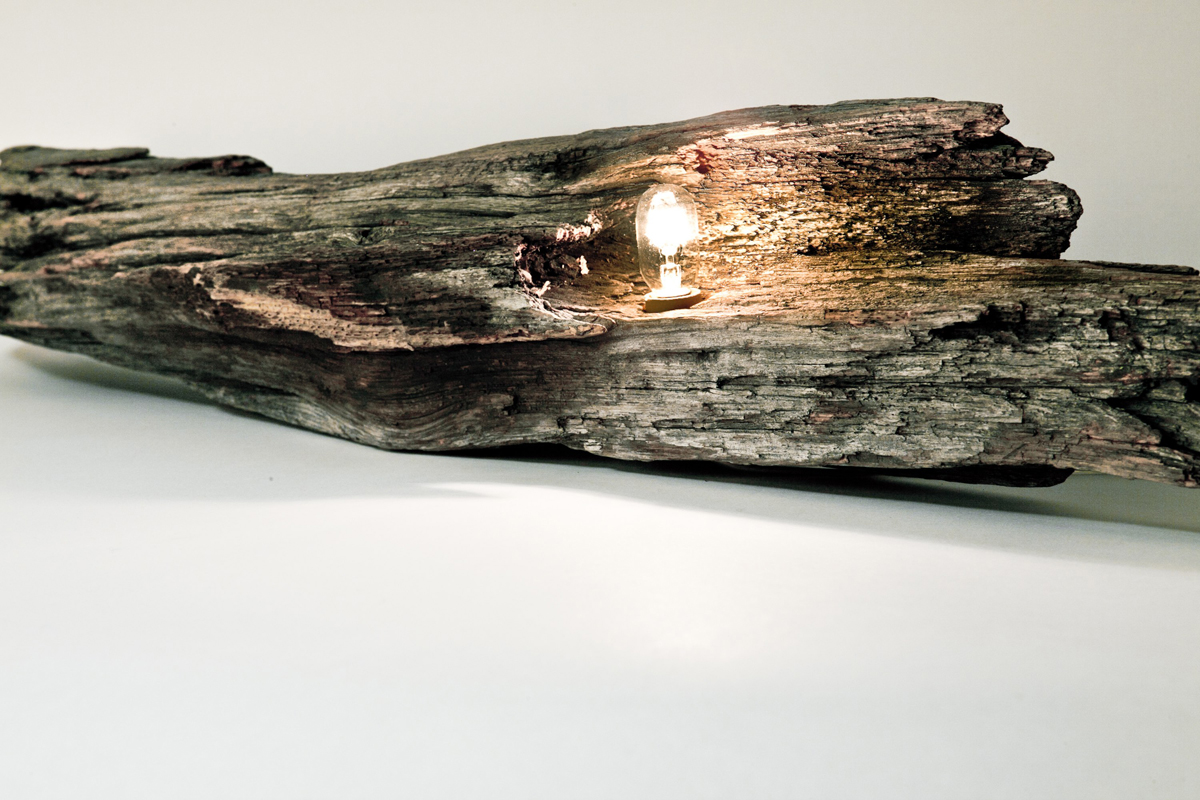 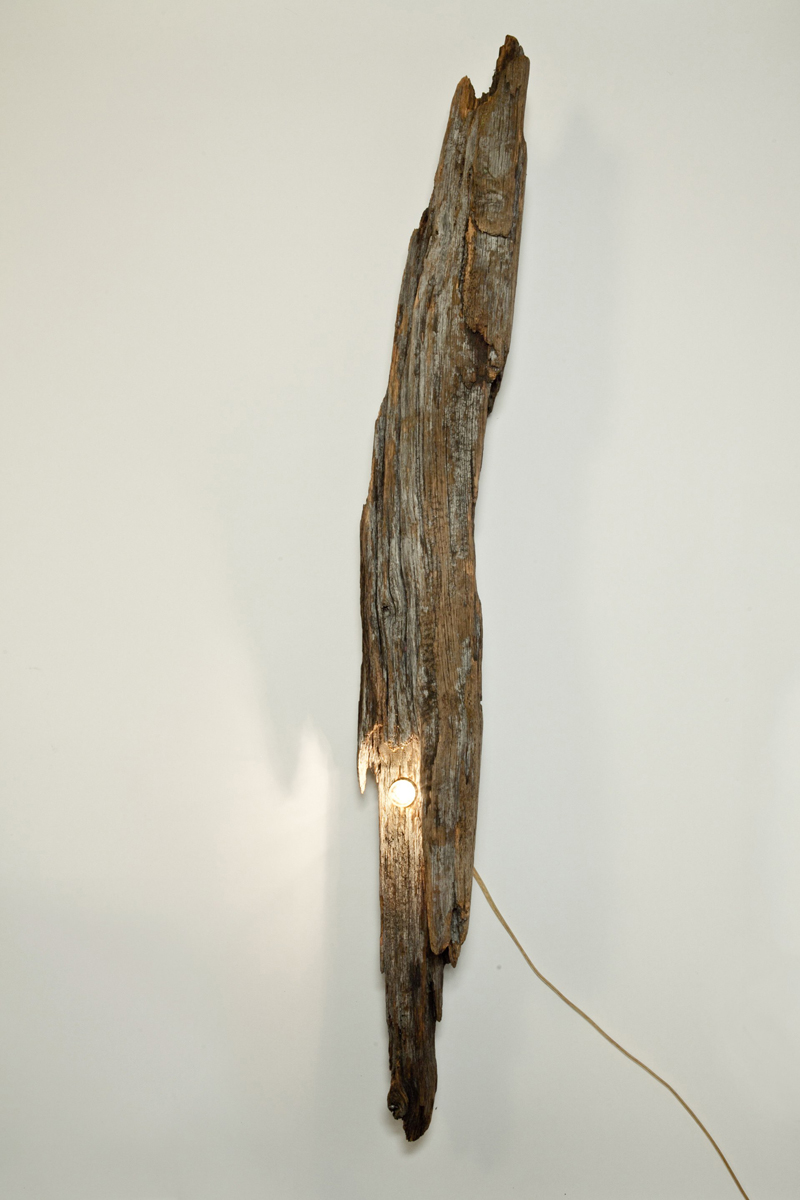 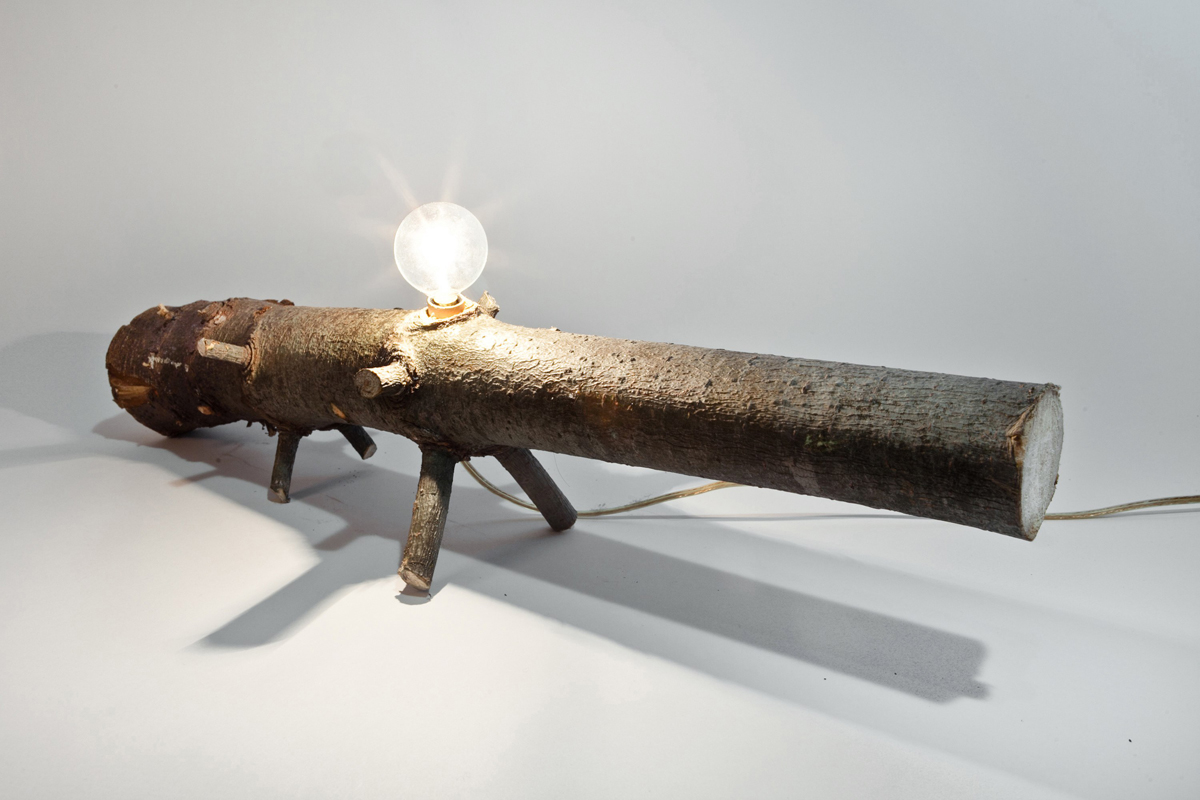 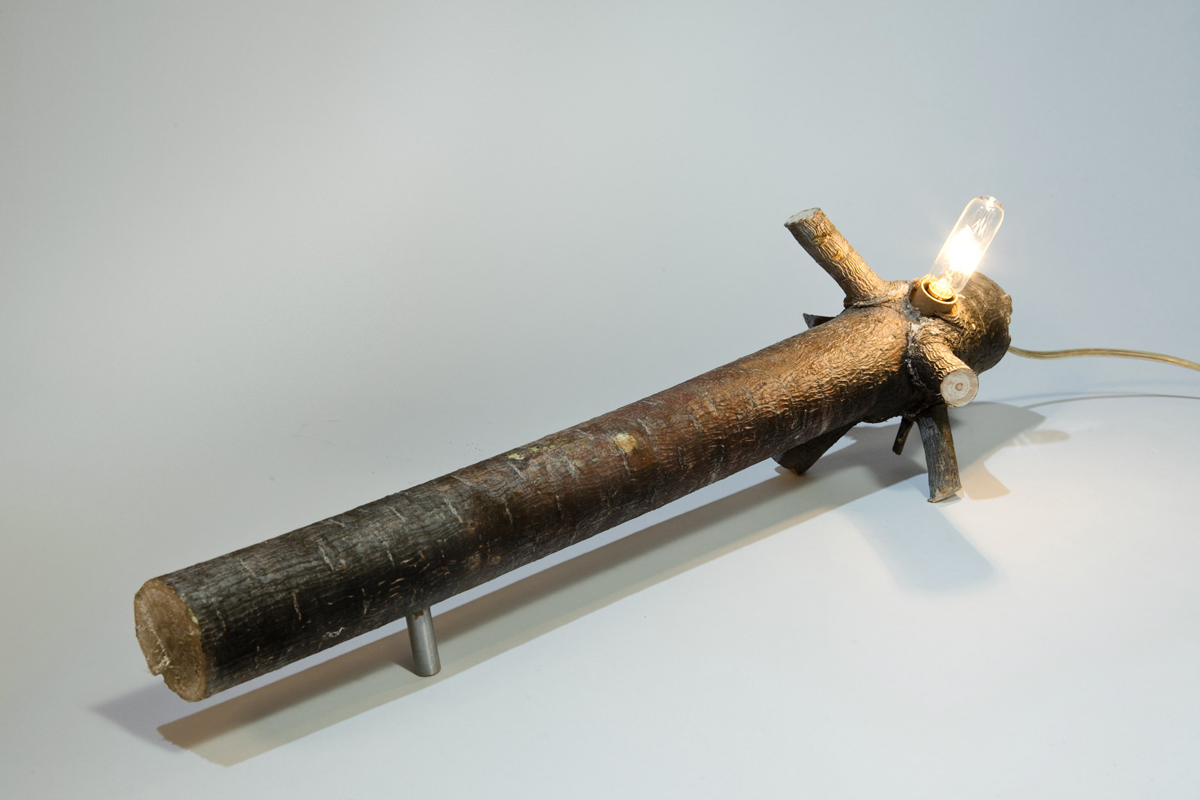 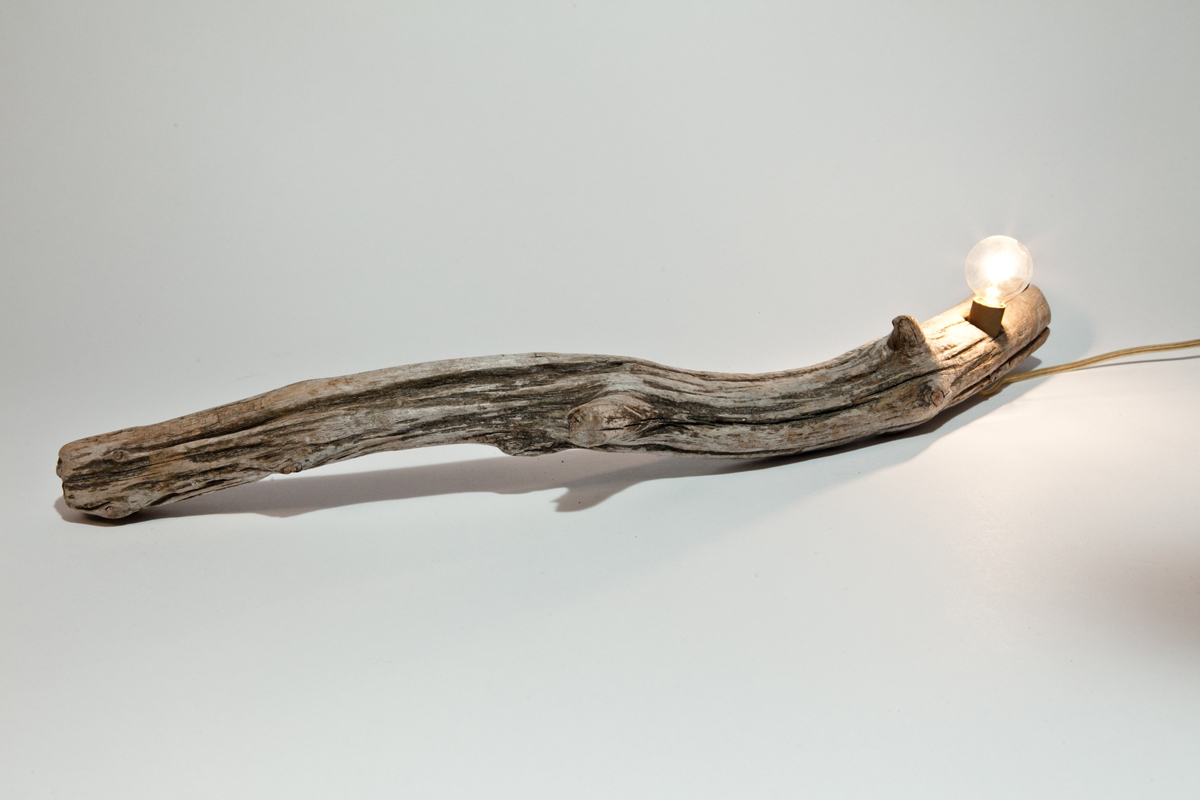 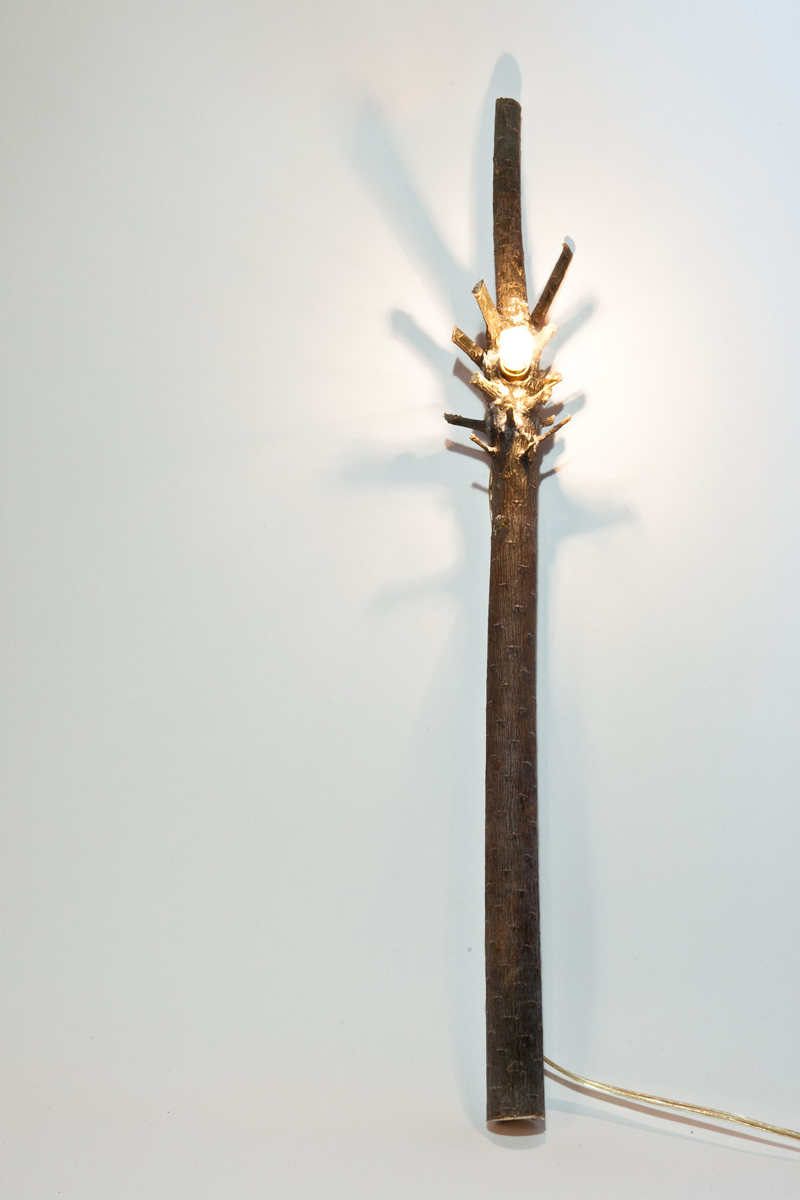 This is the best project I’ve seen in years, to the user about the LED, their not natural looking and not enough ambient lighting. I applaud et-al for their contribution to the architecture community.

I suppose that’s one way to look at it.

Sorry, but it’s just not that interesting.
To me, that level of “exploration” was left in High school or summer camp. I mean they didn’t even use a modern (read LED or similar) lighting device. They didn’t really use the light and wood together to make something thoughtful, interesting or beautiful.

It’s just a bulb stuck in a piece of wood.

To me, it’s minimal thought/work and too much talk from a bunch of self proclaimed disciples of “top name architects and designers.”

Or, they applied just the right amount of effort into transforming what could be trash into an object useful for a reasonable amount of time. I don’t think it’s meant to be a deathless classic, just a useful alternative to stuff available at big box retailers.

WOW! They stuck a crappy lightbulb with a crappy cord into a crappy piece of wood and hung it on a wall.