Cean Irminger loves whimsy, bright colors and intricate patterns – and it shows in her new line of mosaics from New Ravenna.

Called “Kiddo,” it’s aimed at children. And adults with a sly sense of humor.

“I’m trying to play with or liven up the design of mosaics – a playful wink to traditional mosaics like damask – and add more fun to that world,” she says. “It’s a classical and traditional world, and I was hoping for something unexpected.”

Irminger started at New Ravenna 15 years ago, learning her way around tesserae and water-jets – and testing the limits of each. Then she took up fabric design – concerned that the mosaic market – a traditional lot – wasn’t quite ready for her bold designs. The fabrics developed a following – and New Ravenna founder Sara Baldwin suggested she think about mosaics for kids as well as commercial applications.

“She gave me free rein,” Irminger says. “So I curbed my high-design details, but they still have whimsical touch.”

Her biggest challenge is making sure that those on the production floor can master the designs easily. “I had to make sure that anybody could create them, and not make them hate me,” she says. “It’s easy to decide how intricate to make them because I knew what the production floor could do – the more intricate, the more it costs and the harder it is to do. So I tried to hit the sweet spot.”

With tesserae, they can switch colors easily, but there’s a lot of programming that goes into water jet designs. That translates into midcentury modern designs on the water jet, for a cleaner, more modern feel than traditional mosaic.

Baldwin has noted on A+A in recent years the trends first toward whites, then grays, in mosaic patterns. But Irminger’s on a brighter-is-better tear. “Children are drawn to brighter colors, but this will attract everybody,” she says. “It will still work in a neutral palette, but color is the eye candy that will grab attention.”

Besides, it’s high time that someone shook up the quiet world of mosaics – with more than a little wit and whimsy. 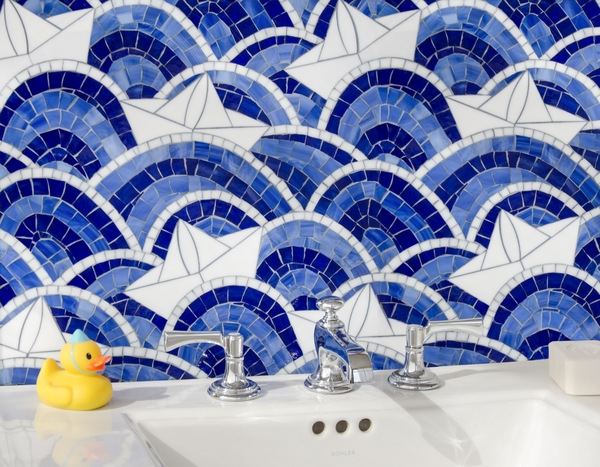 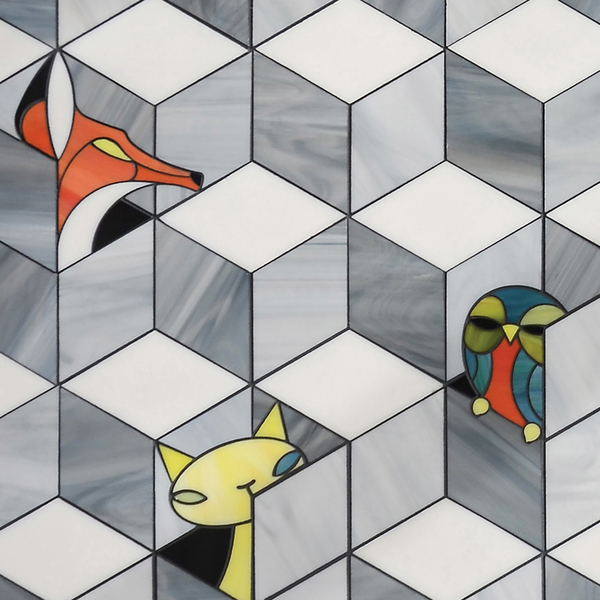 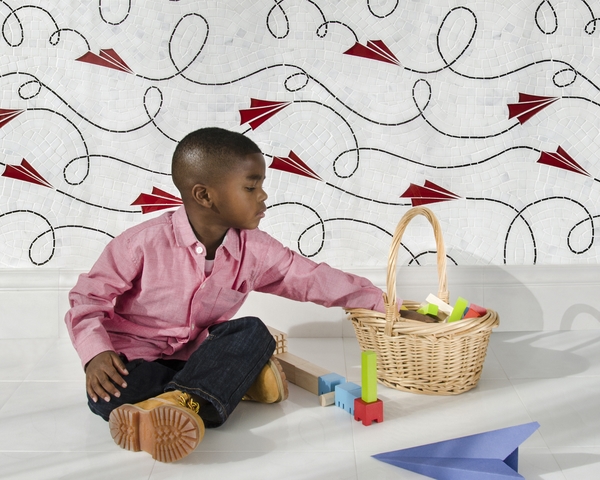 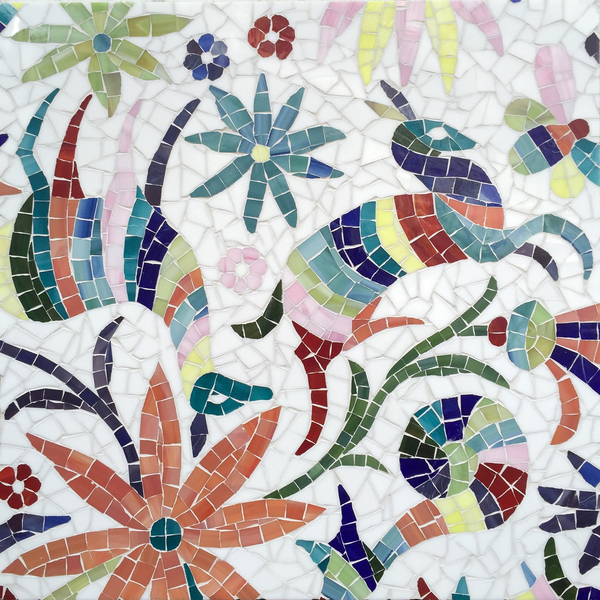 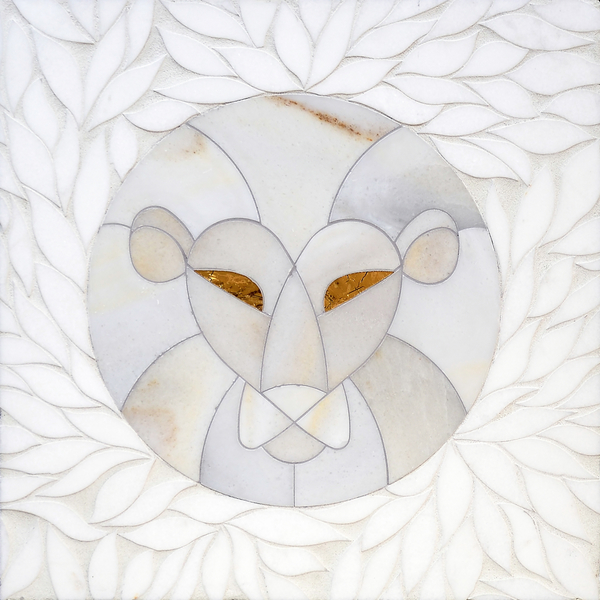 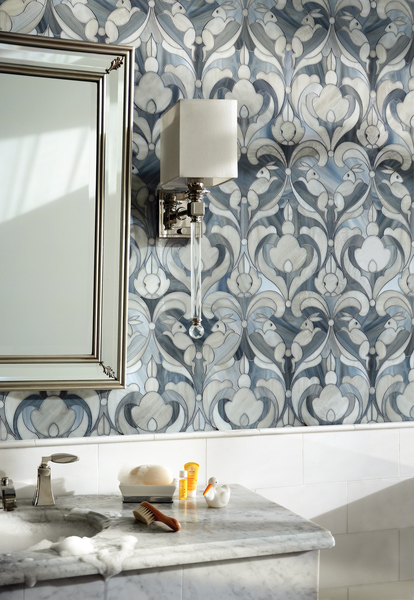 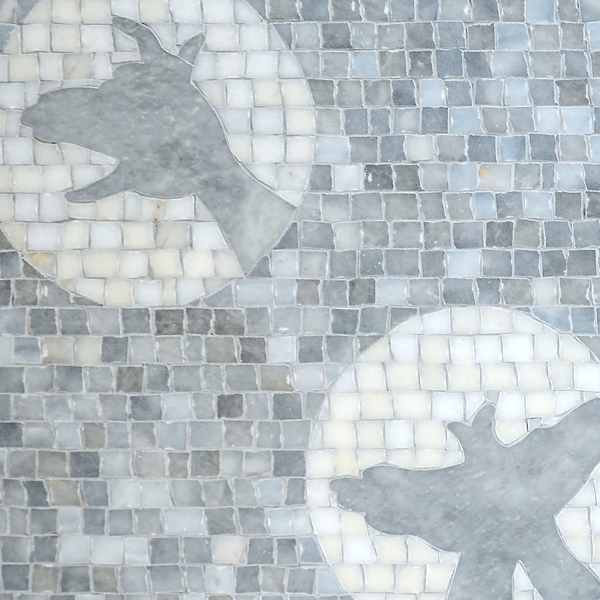 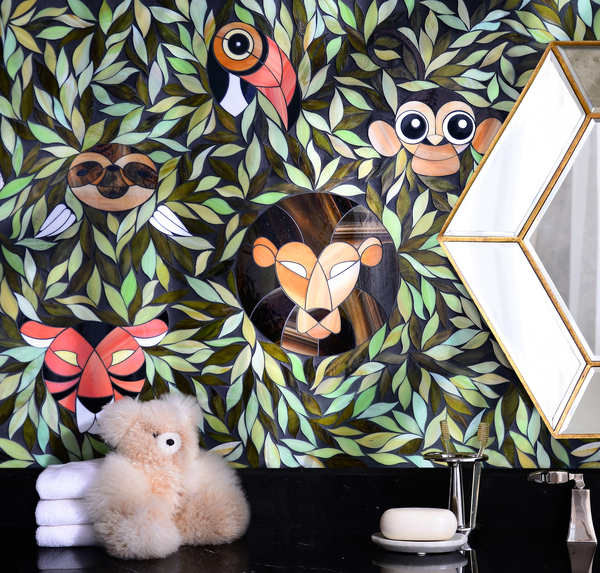 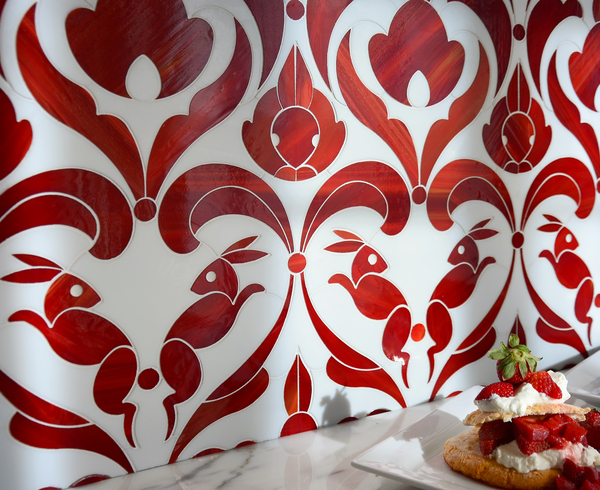 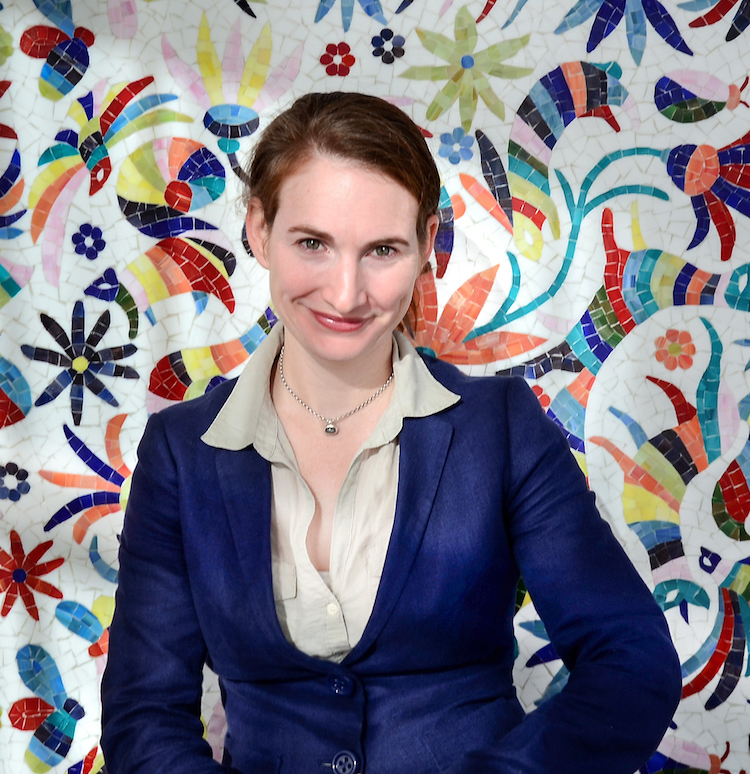 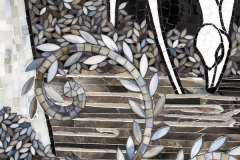 I am basically a mosaic nerd. That’s what happens when you write books on mosaics and work with artisans from all over the world (including New Ravenna). This collection is pure joy. It feels like it was designed with an infectious love of children, literature, color, and life. Brava Cean!