A $25,000 renovation for a Manhattan apartment launched her architecture career – then led to a penthouse design – and later, to a return to Seattle, where promising projects followed.

She’d already interned at Olson Kundig there, with favorable results. “Tom [Kundig] said: ‘Anytime you need a job, we’ll have a desk for you,’” she says. “I did an interview and had an offer within a week.”

The firm made her an associate within a year. She brought in a project on the High Line, and then another in the Hollywood Hills – for clients Brian Henson (son of Jim Henson of Muppets fame) and Mia Sara (Sloane Peterson in “Ferris Bueller’s Day Off”). Henson was the client who’d seen her $25,000 renovation in New York, then hired her for that penthouse design.

Their Hollywood Hills project was to be hers alone. “Tom said: ‘You design it and I’ll mentor you,’” she says. “So it’s not a Tom knockoff, but an extension of what I was nurtured and supported with.”

The size of the site totaled just 12,000 square feet “They owned a Spanish Colonial farther up,” she says. “The assignment was to create something on a smaller scale that was as net zero as it could be.”

Before she designed it, she sketched it. “It was important to be drawn by hand,” she says. “It’s a home that became a gesture of prospect and refuge – it had to feel grounded and anchored and also feel light, one volume atop another, nestled into the ground.”

It also reaches out to its surroundings and its 260-degree views of Los Angeles – from a 45-degree slope. ”It’s difficult to get to – you can access it only from the top,” she says. “Understanding the flow is all about choreography, and performative too – there’s compression and release like Frank Lloyd Wright.”

Inside, she created spaces where the family feels connected. “The bedrooms are modest, because they didn’t want the kids to go in their rooms and not come out – they want them to come out,” she says.

Six months into construction, she co-founded Mutuus Studio to finish up the project. “The timing was right,” she says. “It was a project that Tom mentored, but not that Tom designed – he knew it was really important with my career.”

Soon, it was destined to land on the Design section front of The New York Times.

Because, after all, Kristen Becker leads a charmed life. 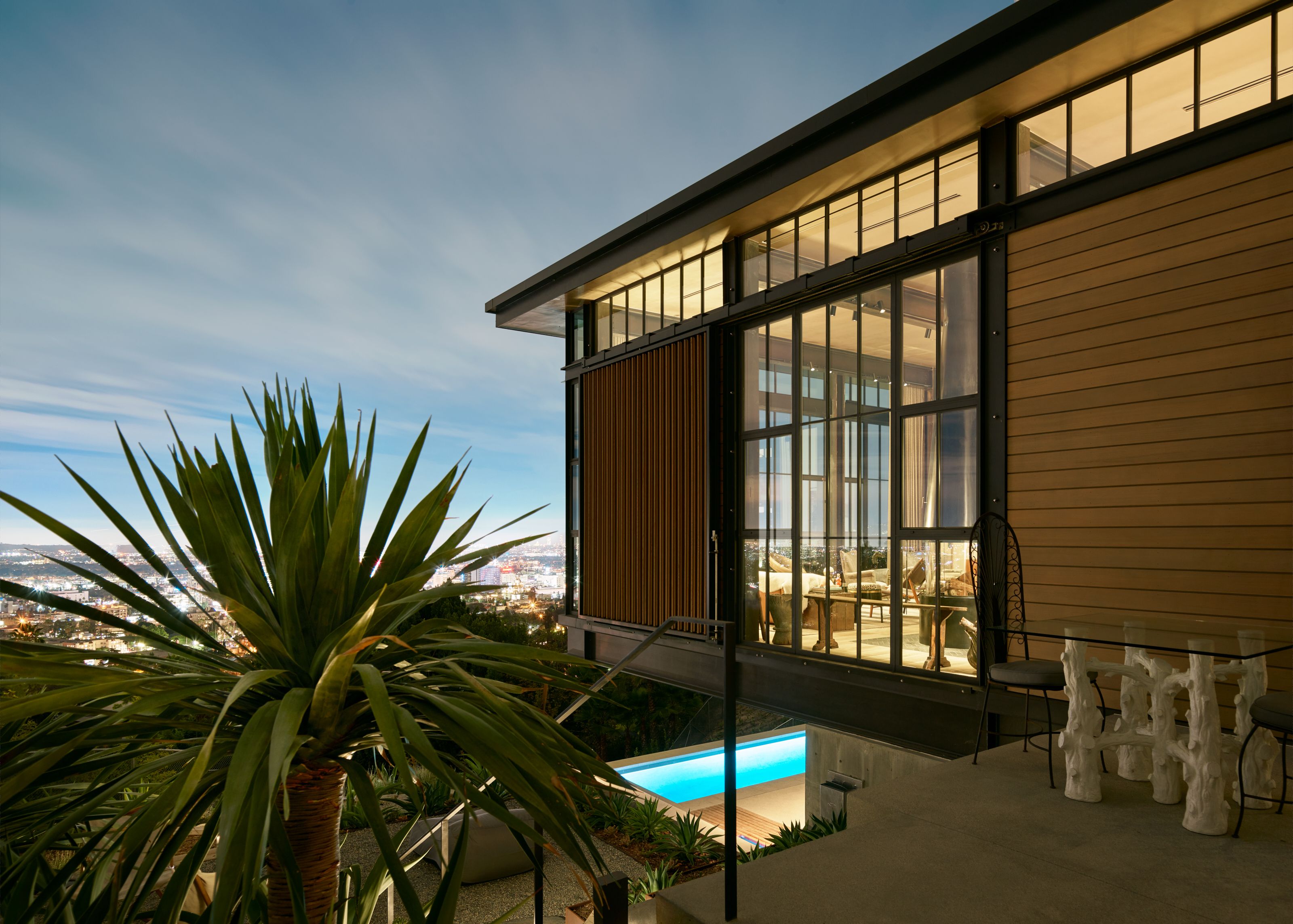 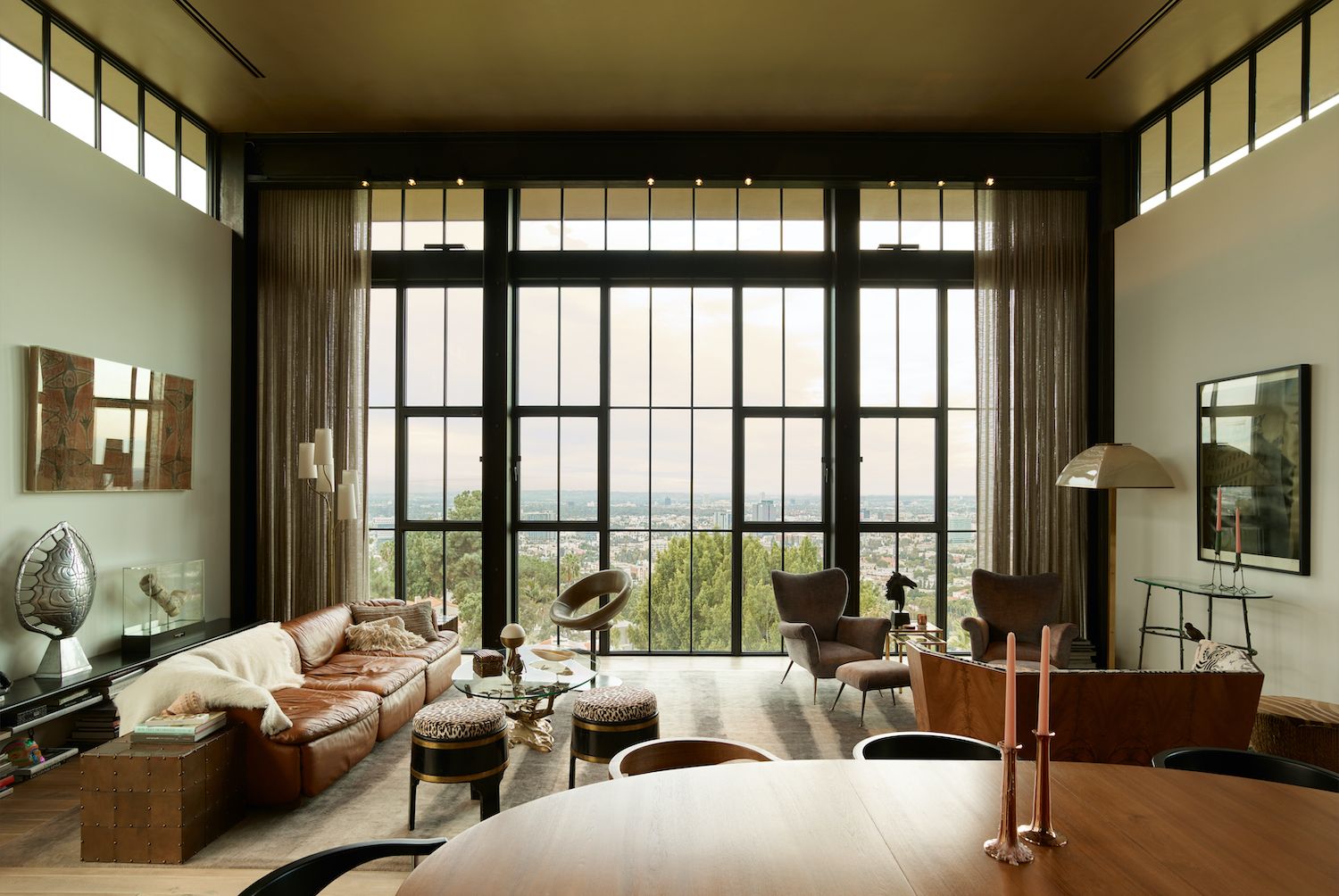 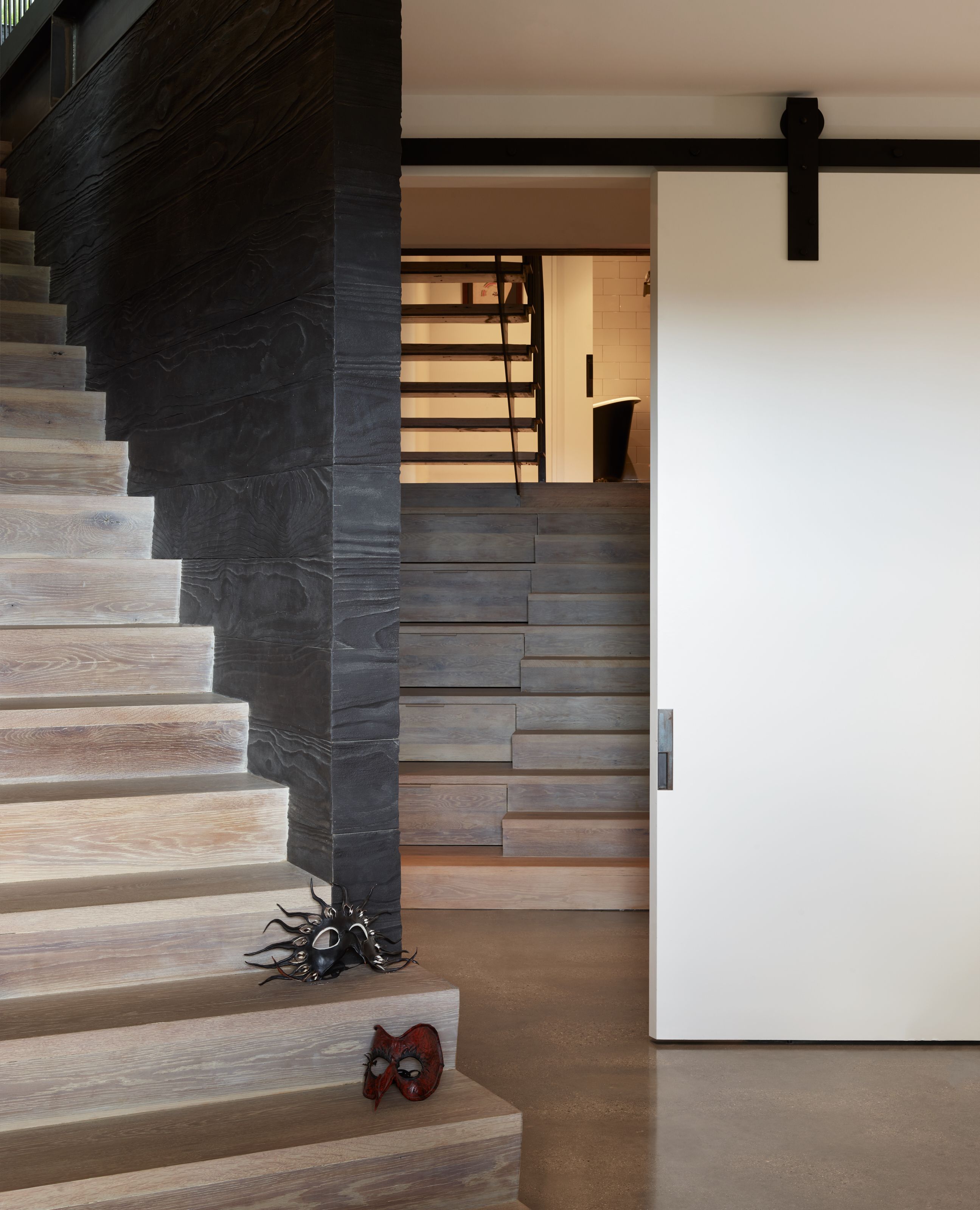 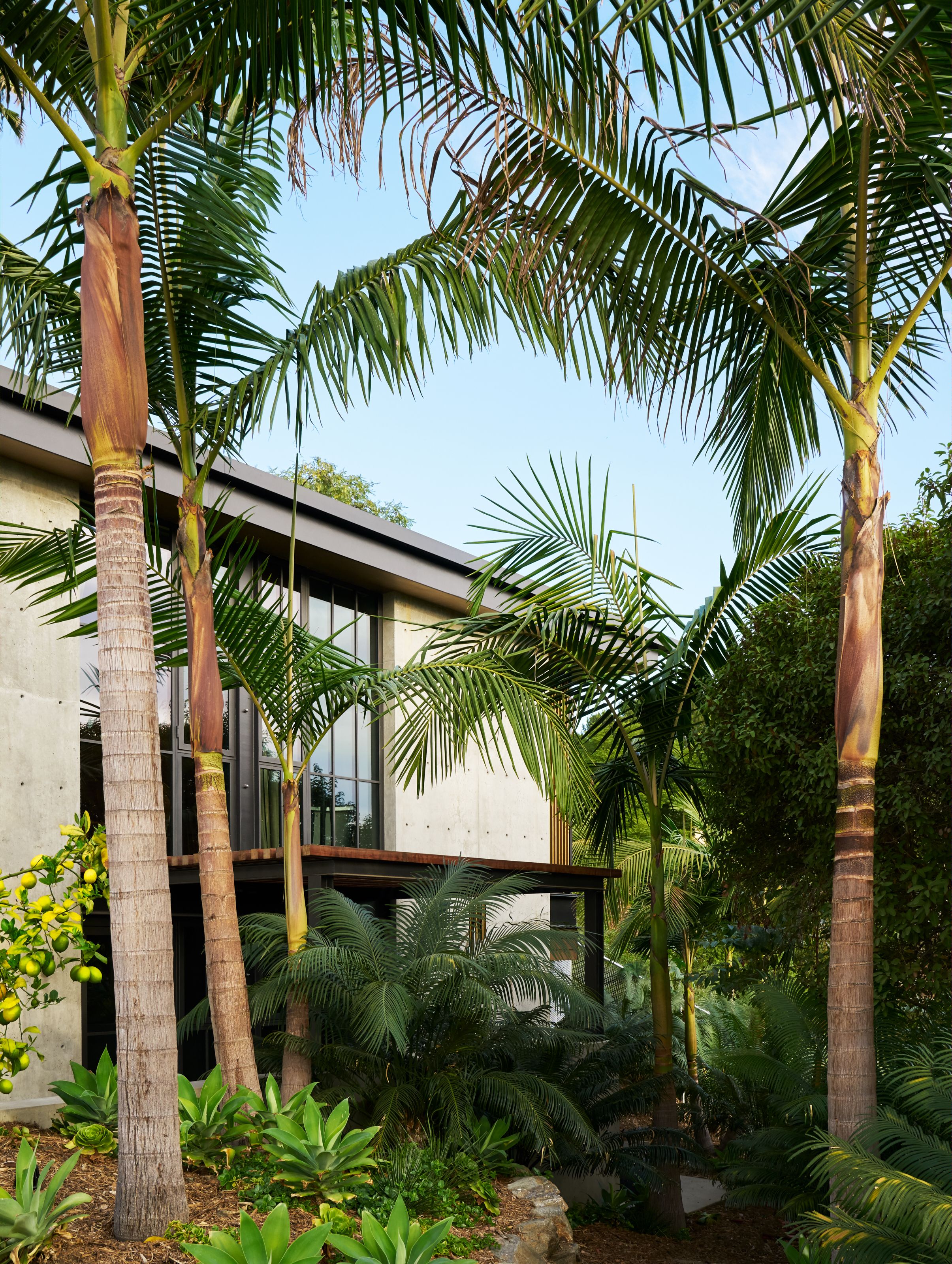 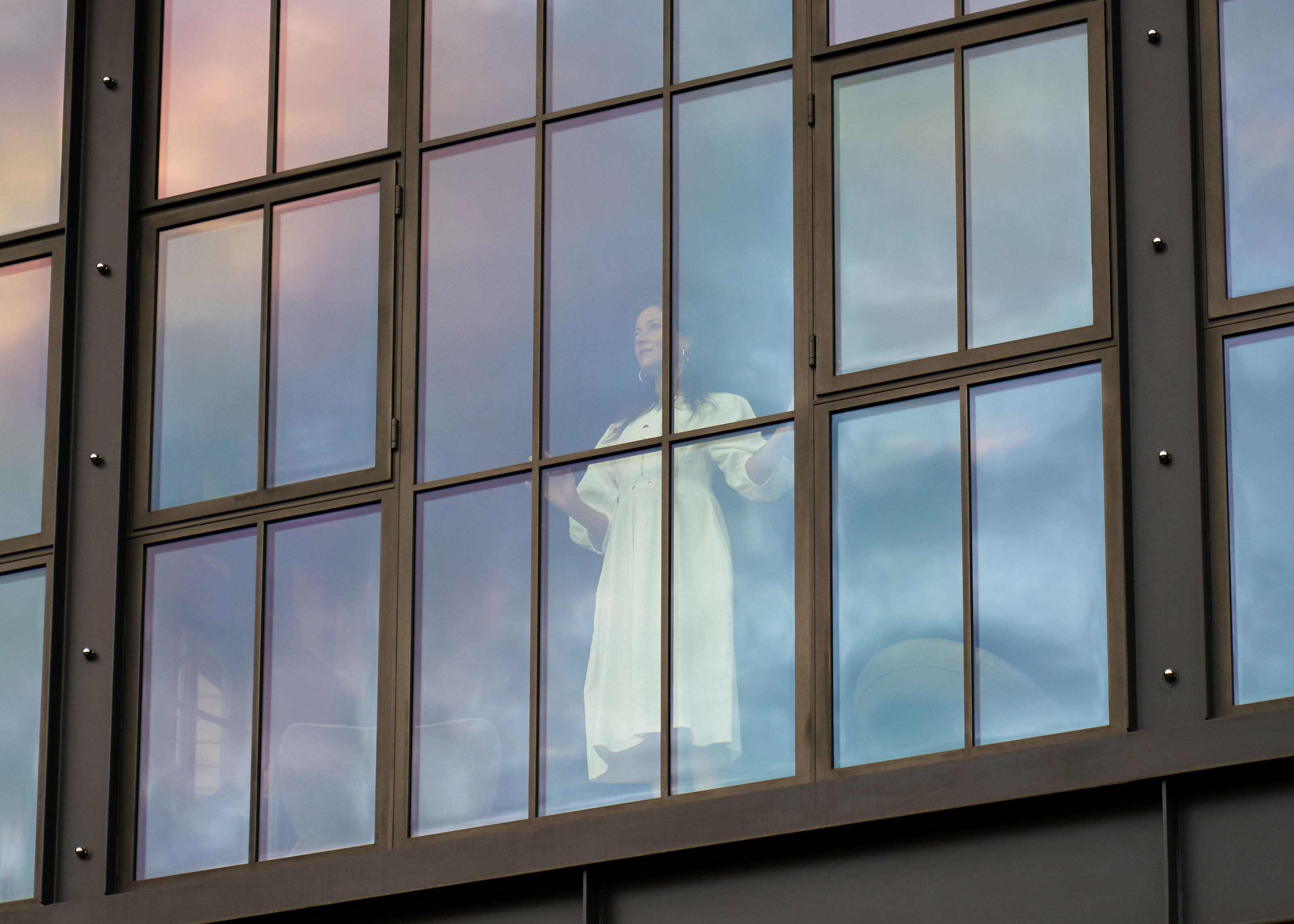 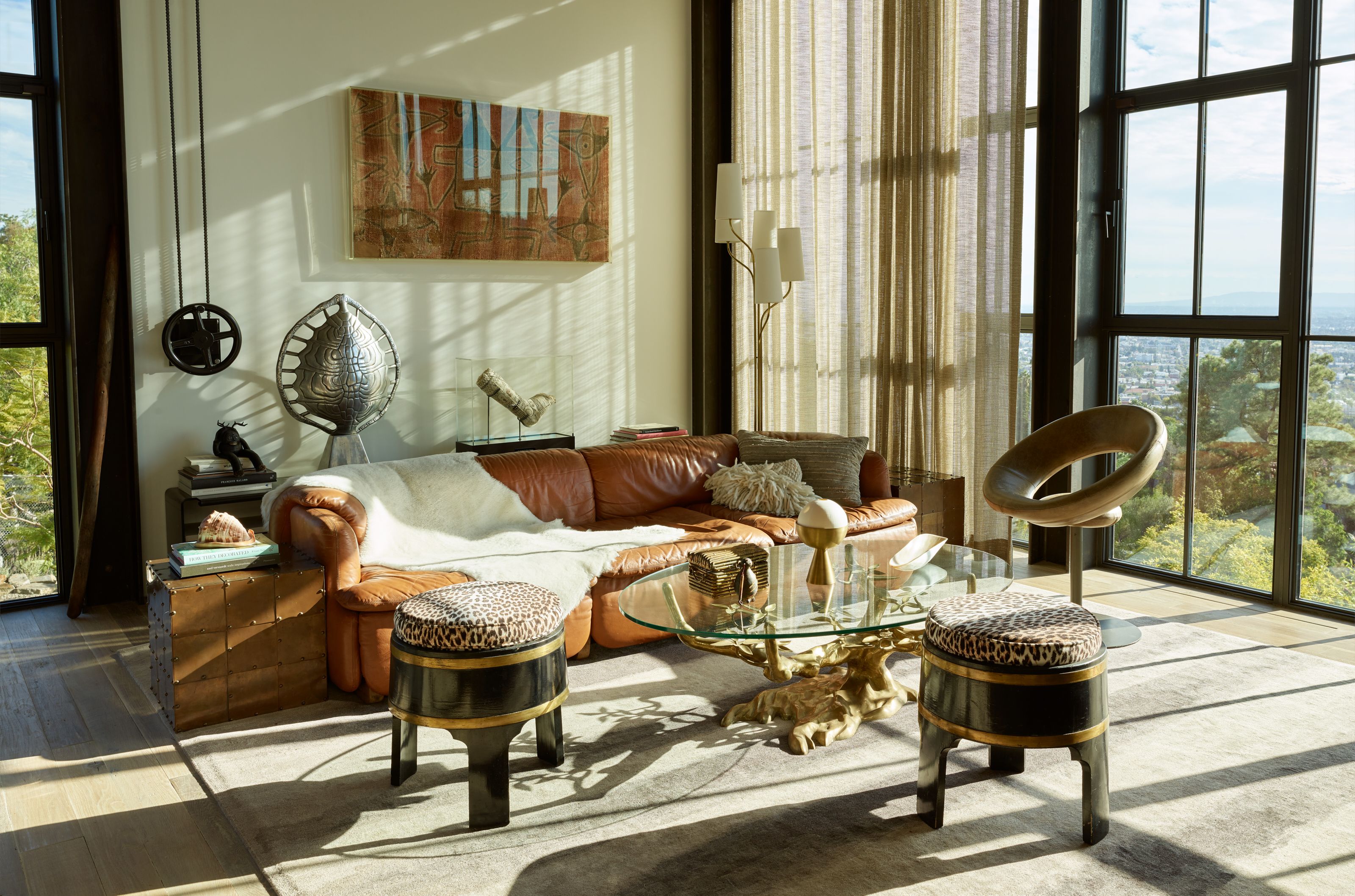 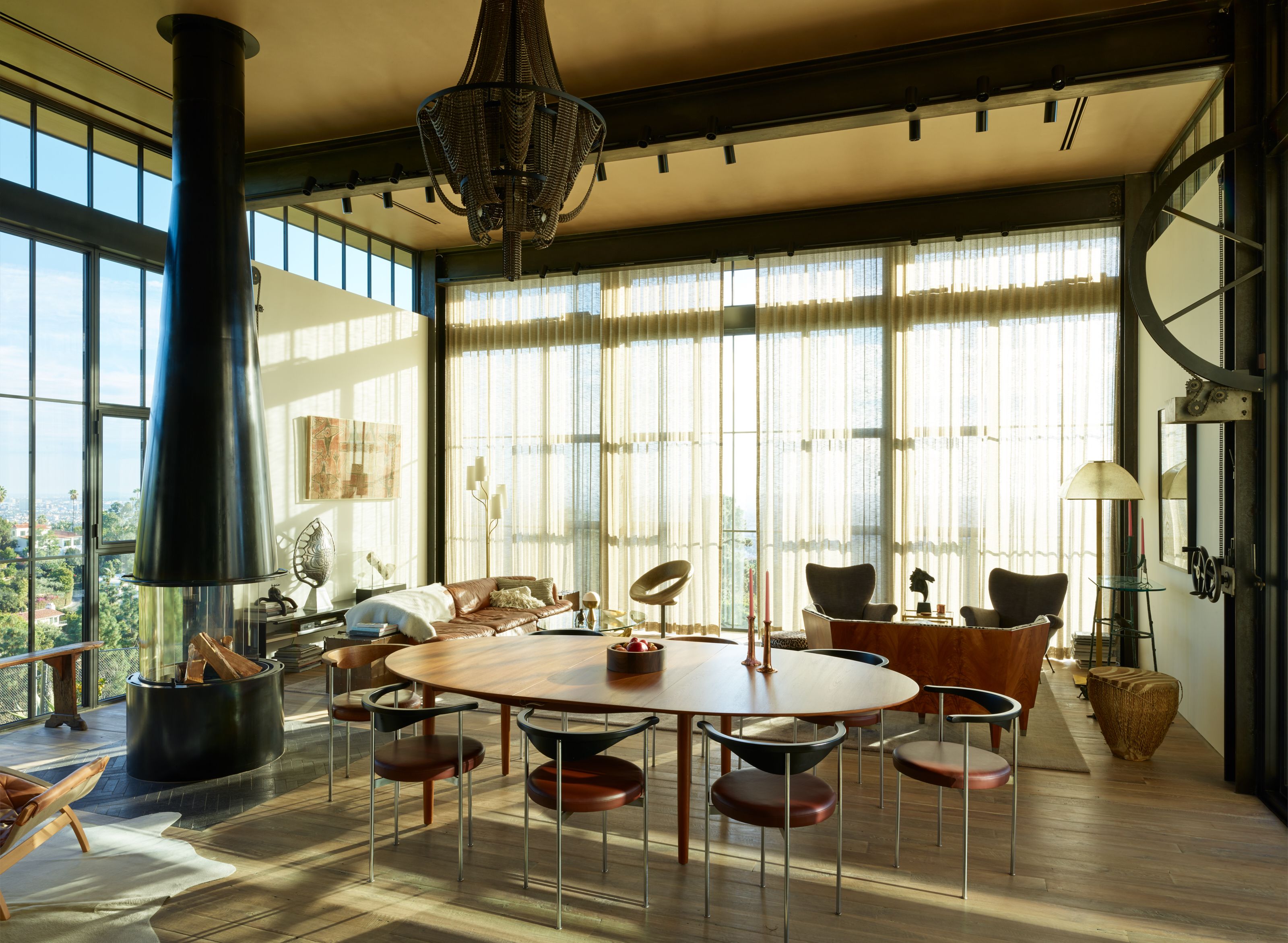 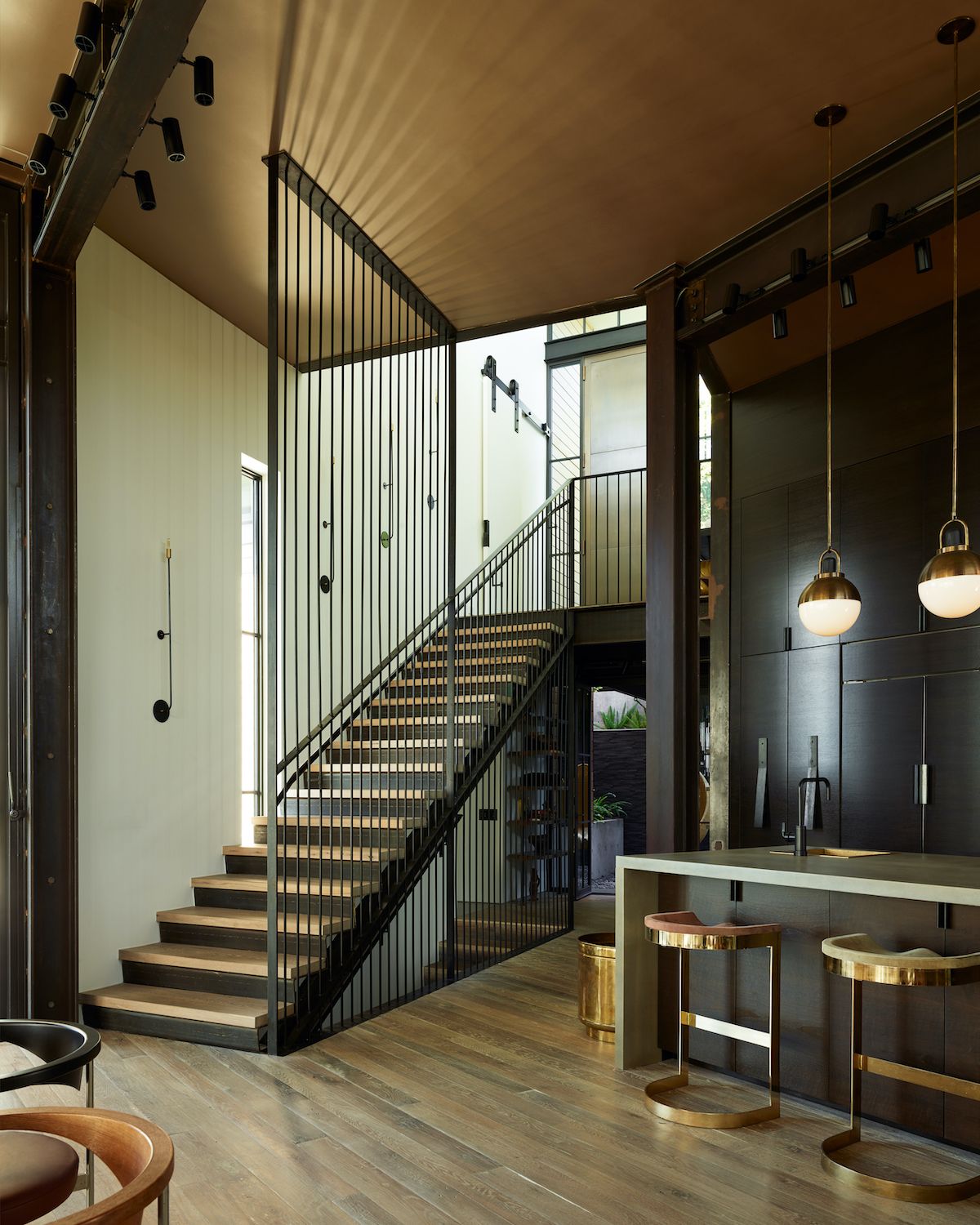 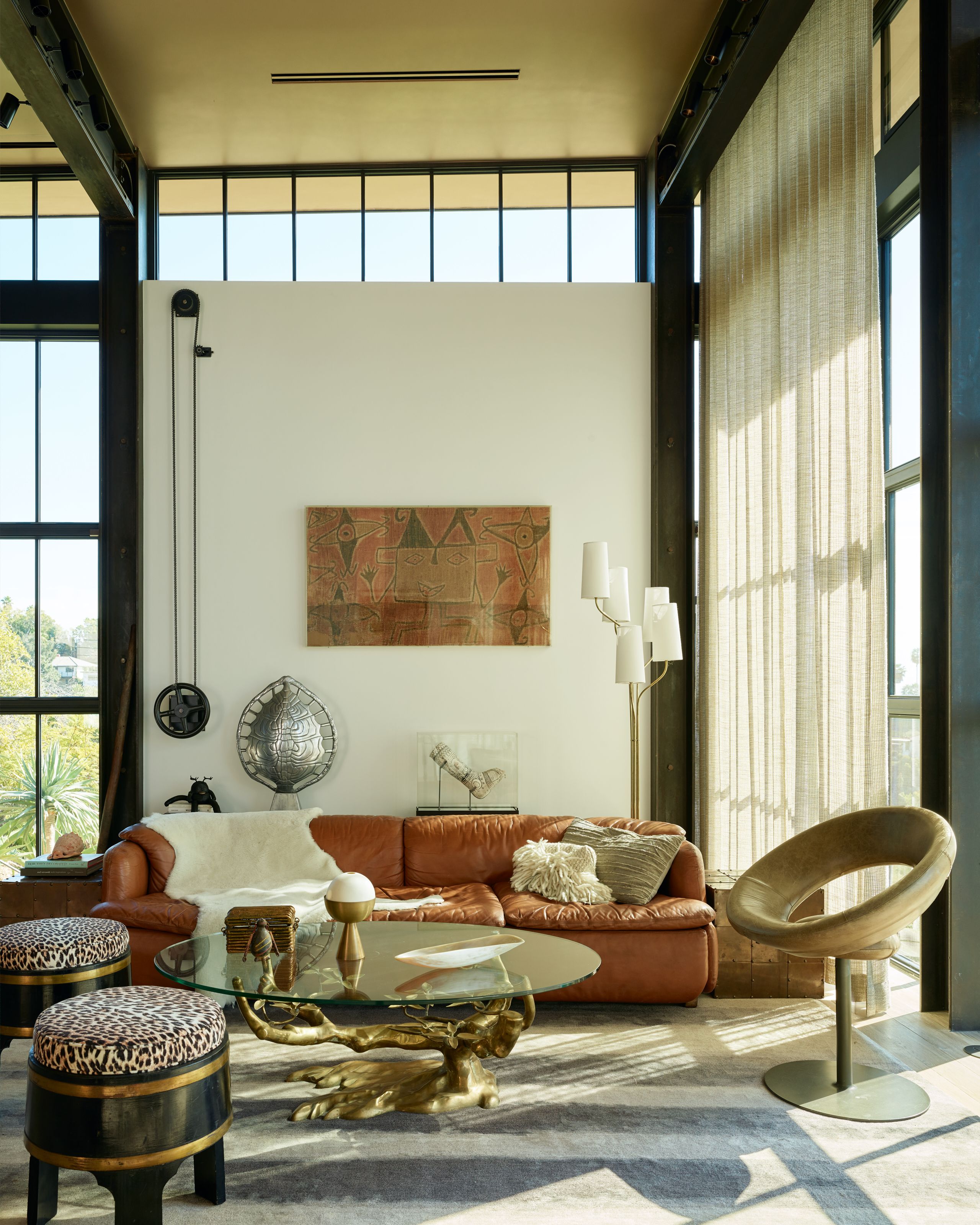 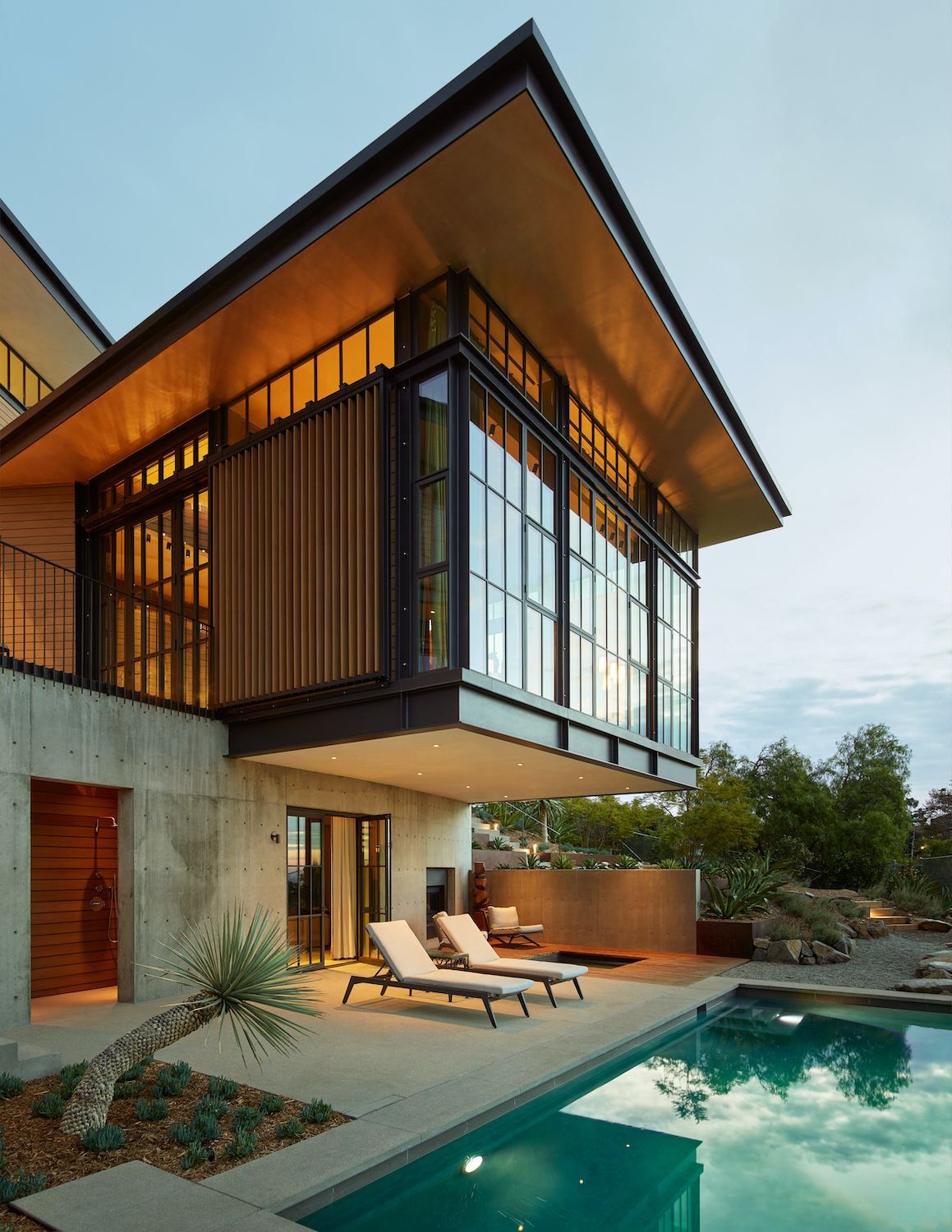 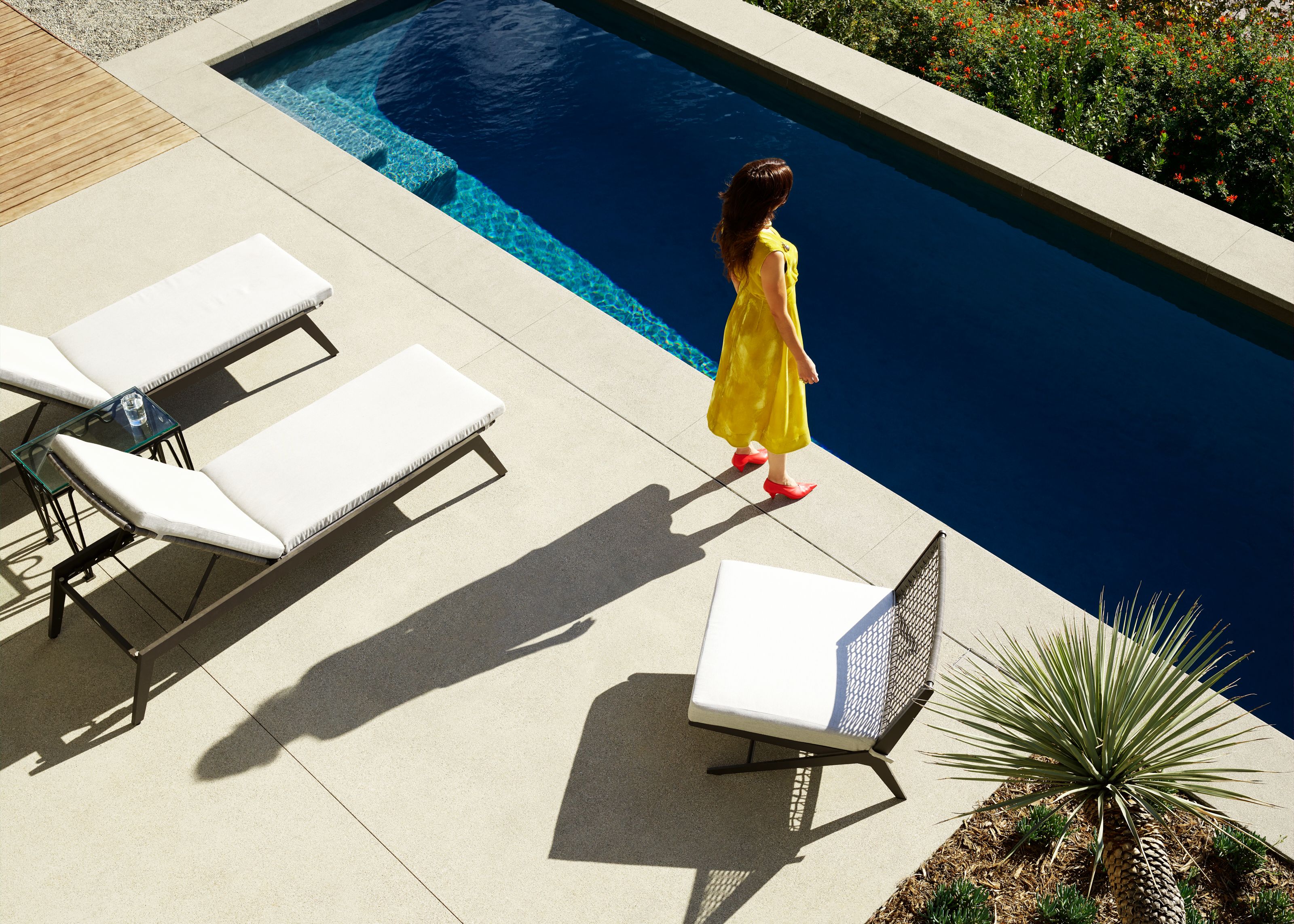 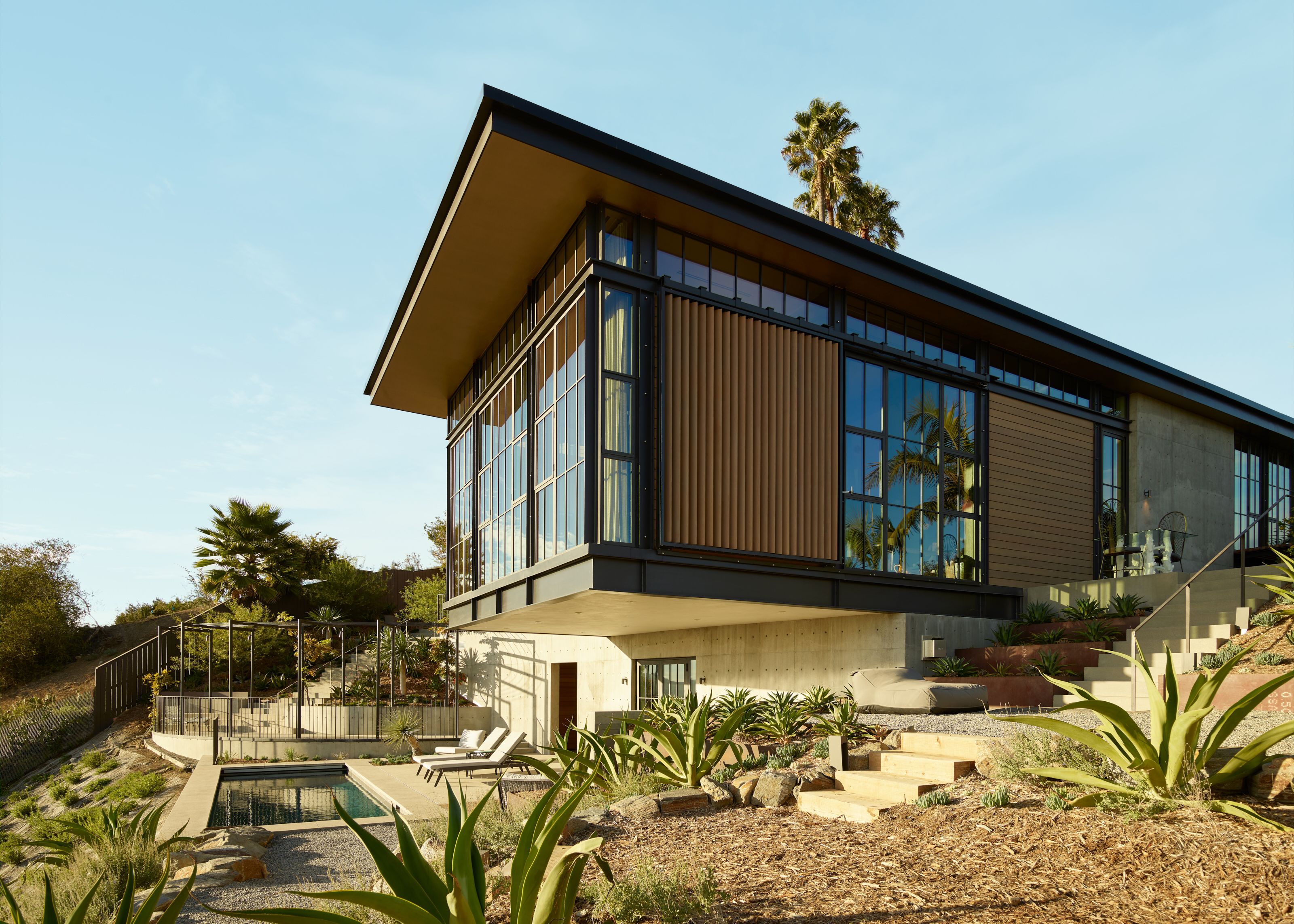 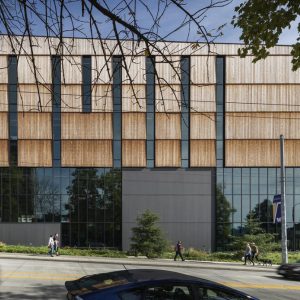