One can’t help but believe that architects Paul Cret and Jacques Gréber would be pleased with recent improvements to the Rodin Museum on the Benjamin Franklin Parkway in Center City.

Their 1929 integration of landscape and architecture, inspired by the City Beautiful movement to link City Hall to the Philadelphia Museum of Art, has been rejuvenated with a spotlight on the relationship between jewel box-like museum and leafy parkway.

“The grounds had become quite tired over time,” said Susan Weiler, partner in OLIN, the landscape architecture, urban design and planning firm responsible for the plum assignment.  “We wanted to stay true to its original intent, while still making it robust.”

The museum boasts the largest collection of Rodin sculptures outside of France, with 124 sculptures, including The Apotheosis of Victor Hugo and The Gates of Hell.  Two are outside – The Thinker and The Burghers of Calais.

“Cret and Gréber thought of it as a garden within a garden on the parkway,” she said. “So we wanted the whole block to work in context with the museum and the parkway itself.”

The original plantings were symmetrical, with an inner plan that was formal and French.  Composed of clumps and gaps, the gaps had become filled in over time by invasive growth.

Now the outer areas of the garden create a vista to spotlight the courtyard and museum from the parkway, with plantings that include native species used in the original design by Cret and Gréber, beneath a canopy of flowering trees. Within the courtyard, the formal perennial garden offers a variety of fragrances and displays, with the color and texture of the plants changing throughout the seasons.

Appropriately enough, the garden restoration was completed in time to open on Bastille Day.

For more on the Rodin Museum, go to http://www.rodinmuseum.org/

For more on OLIN, go to www.theolinstudio.com 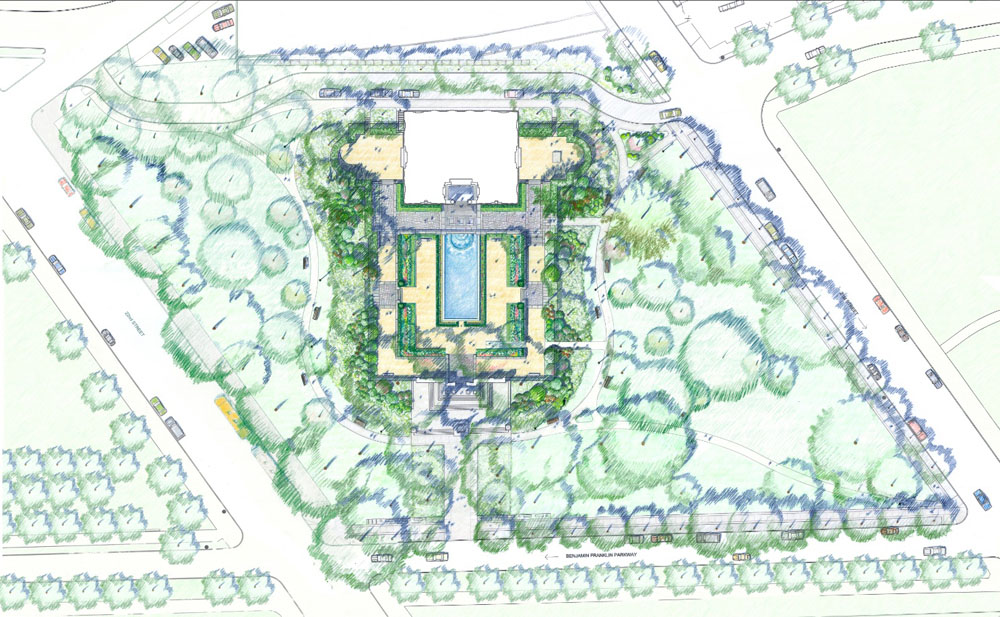 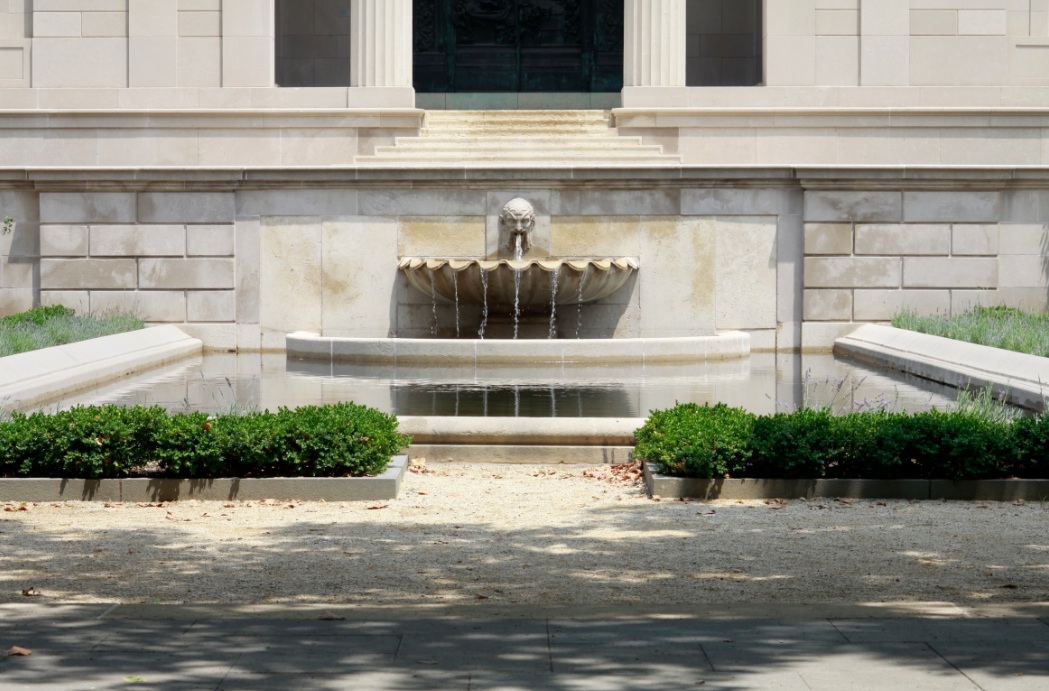 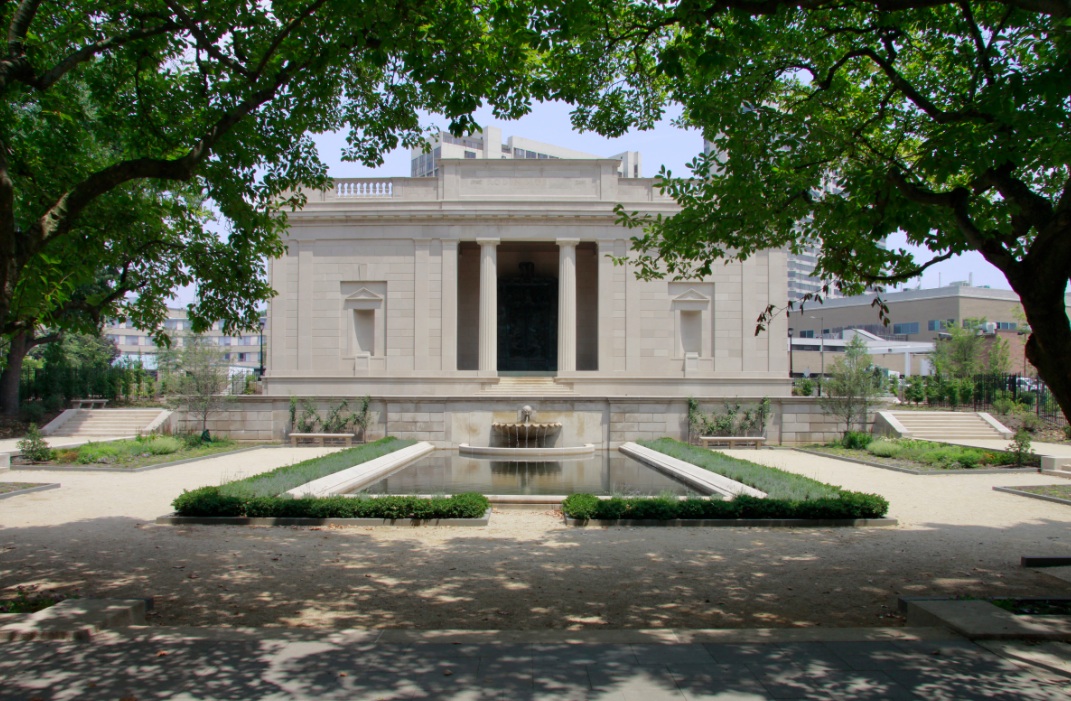 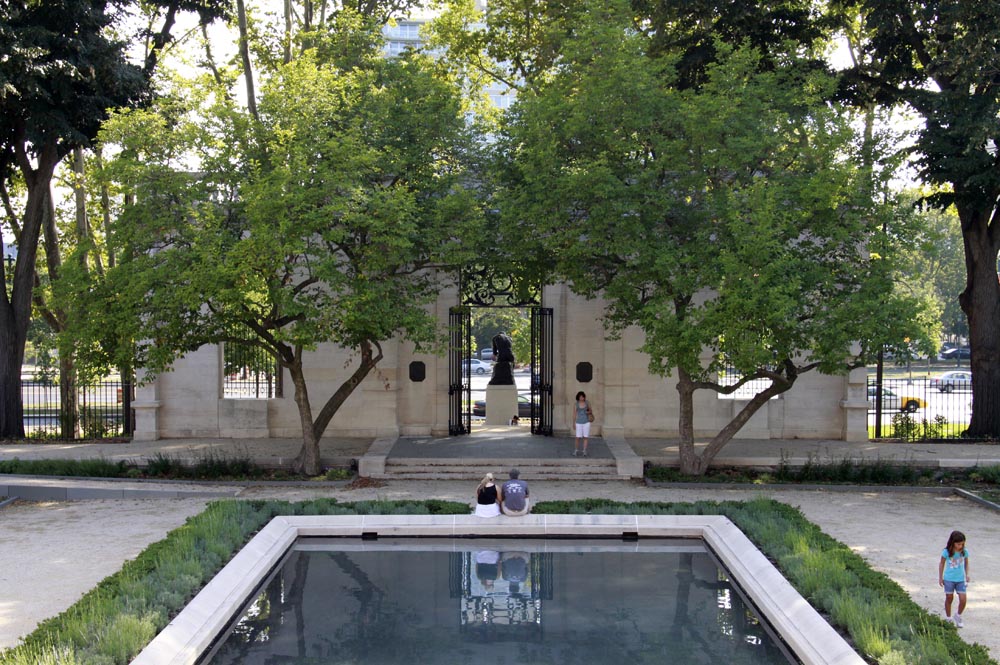 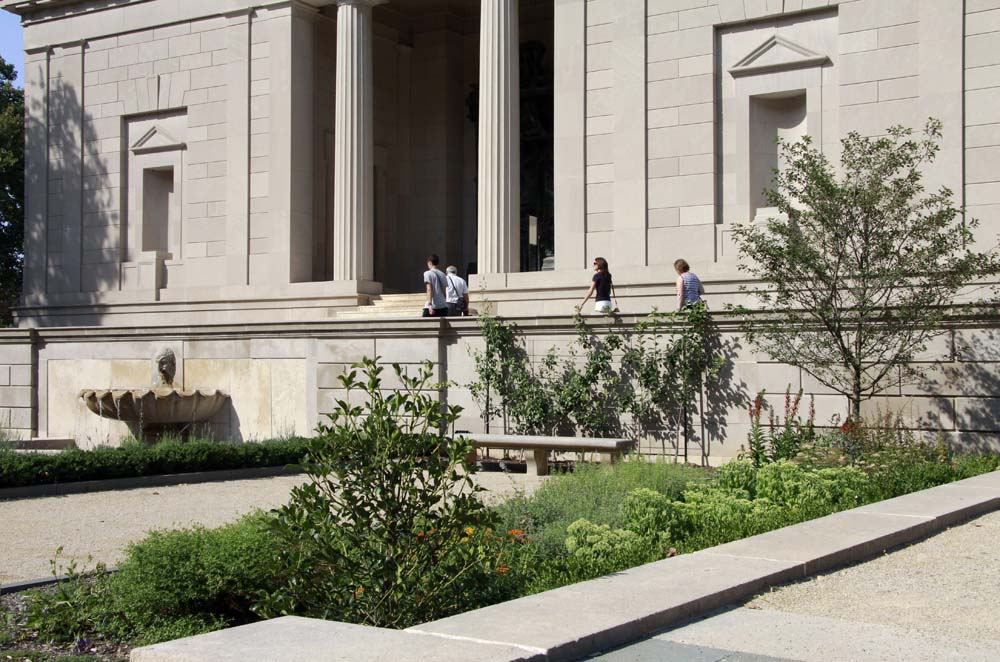 In Miami, a Refreshed Motel Bianco

For 10 brief days beginning Sept. 7, a West Chelsea gallery dedicated to the display of photography by Brazilian photographers...