In Mumbai, SOM’s Gateway to India

Mumbai, the financial capital of India, is roaring into the 21st century at light speed.

Thus the new terminal there, designed by SOM, and adding 4.4 million square feet and a capacity for 40 million travelers, both domestic and international.

It’s a terminal that uses natural light as a cultural symbol, and also as it guides passengers intuitively from check-in to aircraft.

“When you walk in, it shimmers,” says Roger Duffy, design partner at SOM. “It’s almost like the roof floats.”

The airport’s ceiling and columns feature 8,500 holes that light it up, dawn ‘til dusk. At night, artificial lights tucked away within those holes offer the same effect.

“It’s like peacock feathers – and the peacock is a good luck charm in India,” he says. “Because of a film that’s a high tech version of stained glass, you get two colors at once. It’s like sequins in a woman’s dress – very sparkly.”

He knows about the importance of peacocks and sequined lighting to India, because he immersed himself in the complexities of the nation’s culture during an intense tour of the country, sponsored by his clients.

“They had historians meet us, and choreographers do performances for us in front of temples,” he says. “We developed a collaborative relationship with fashion designers who were well regarded and connected to Bollywood.”

All helped the architects with patterns and symbology for the building’s carpets and chandeliers, as well as patterns in the fritted glass.

But it’s the use of light here that makes the difference, particularly for way-finding. After check-in, passengers pass through to a retail area where they can see out to windows on the airfield in the distance, then past soft glass curves that lead to boarding area lit by chandeliers. From there, vertical green walls, lush with live plants, lead passengers to planes.

The architects’ assignment for the privately funded terminal, a rarity these days, was to create a great and efficient airport, meet the client’s cost parameters, and assure that it looked like no other.

“When it was built, it was to look and feel like it belonged in Mumbai,” he says.

They achieved that by reaching out to absorb the culture of their hosts. 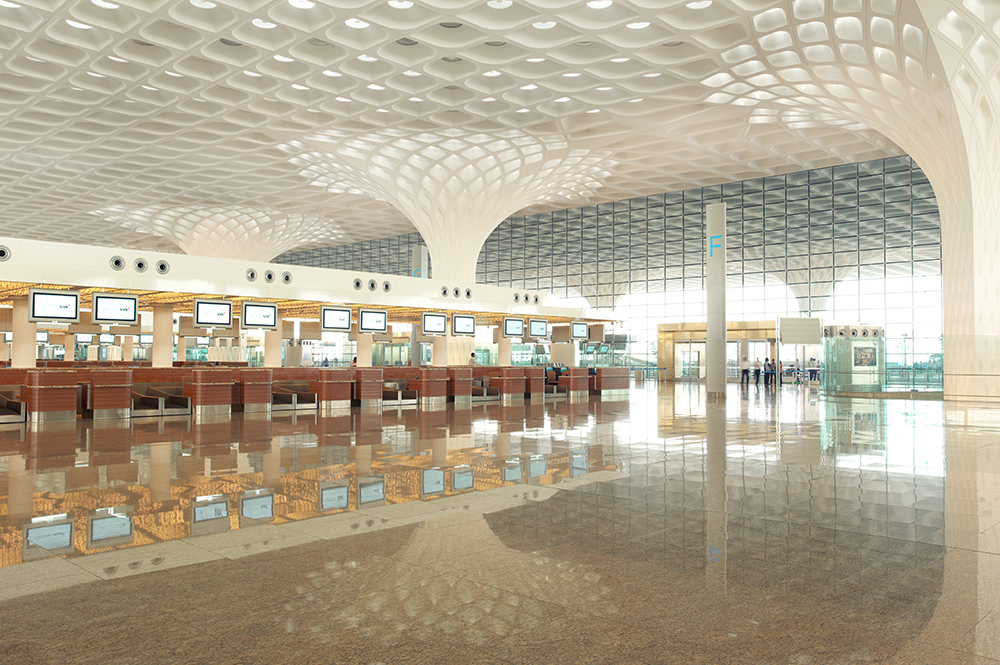 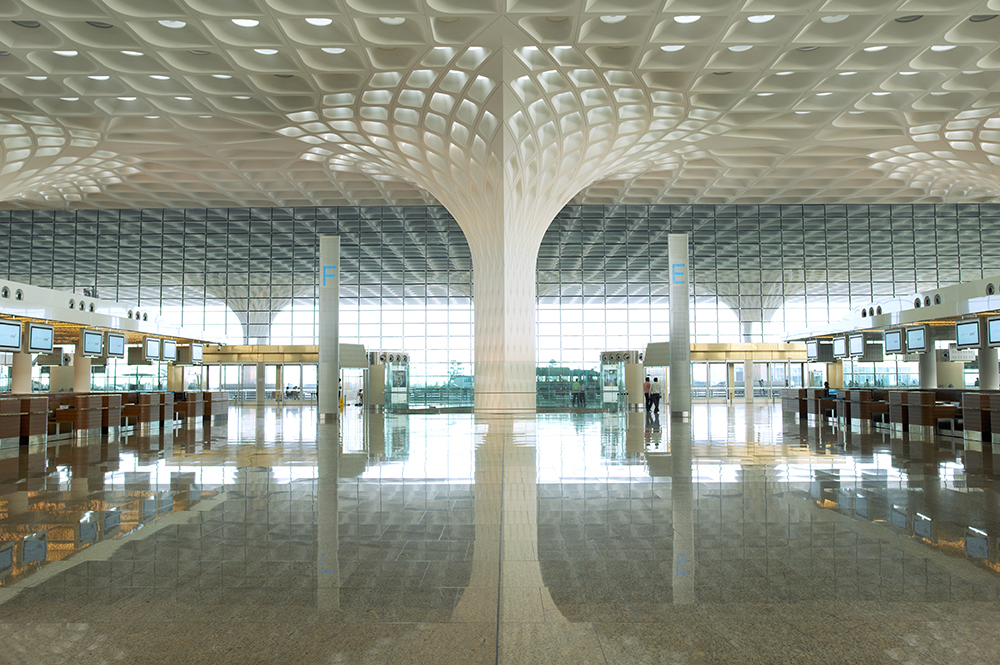 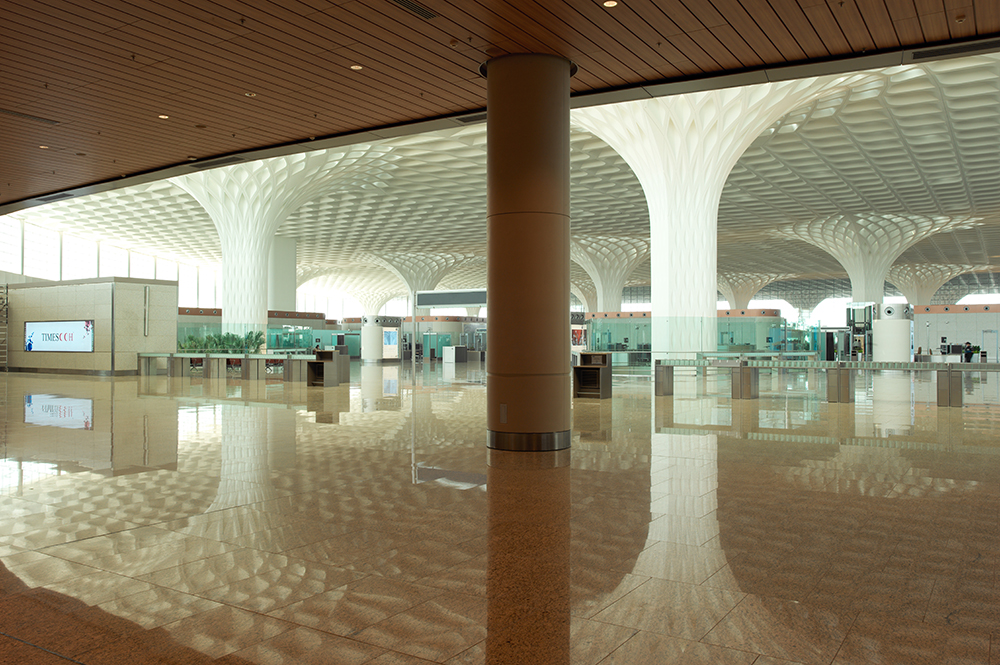 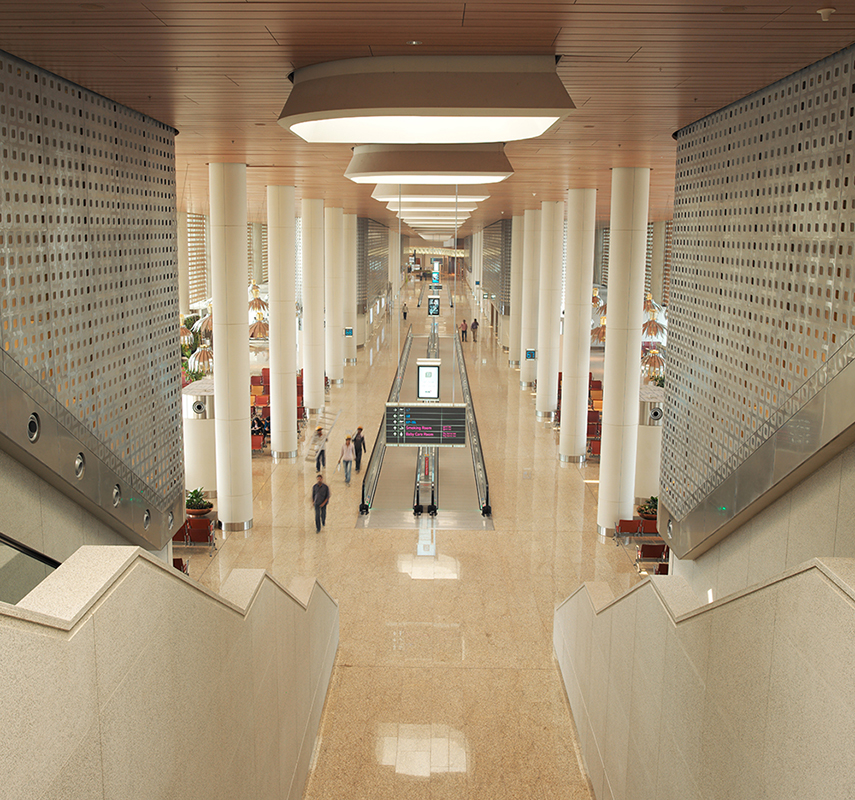 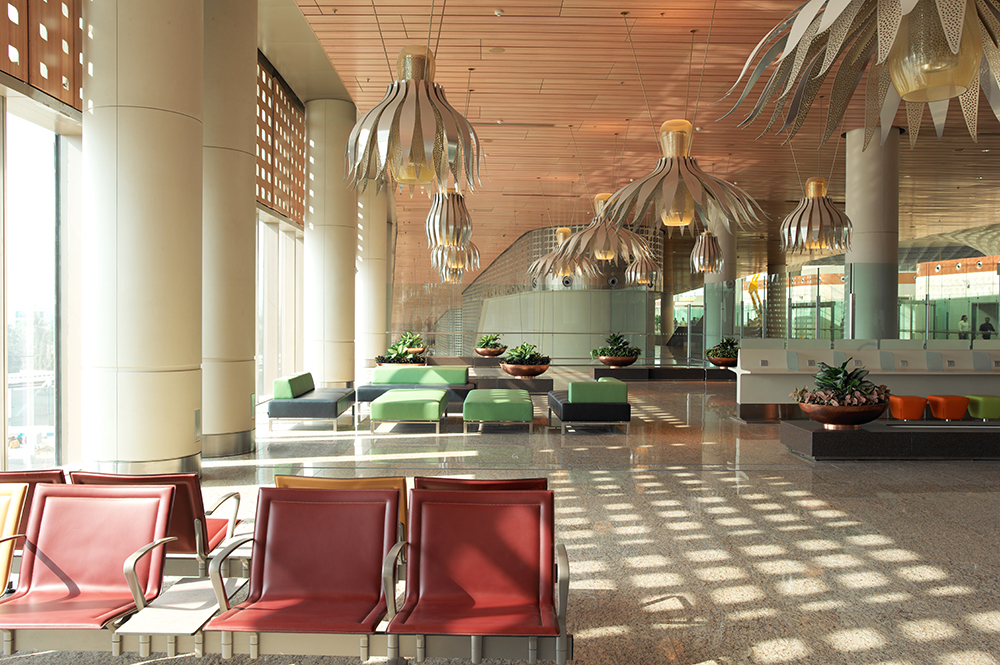 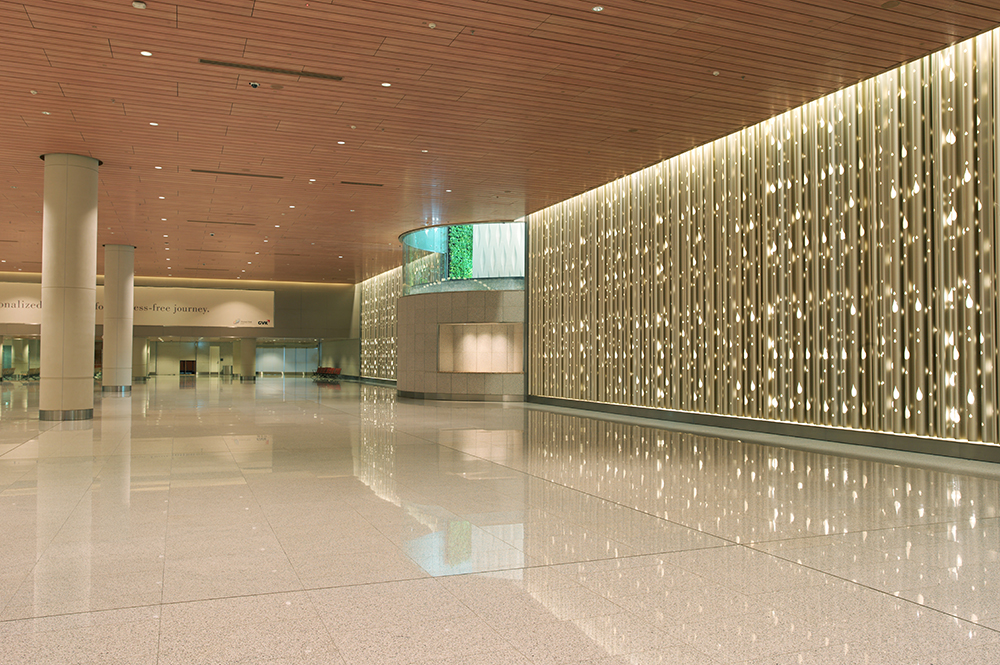 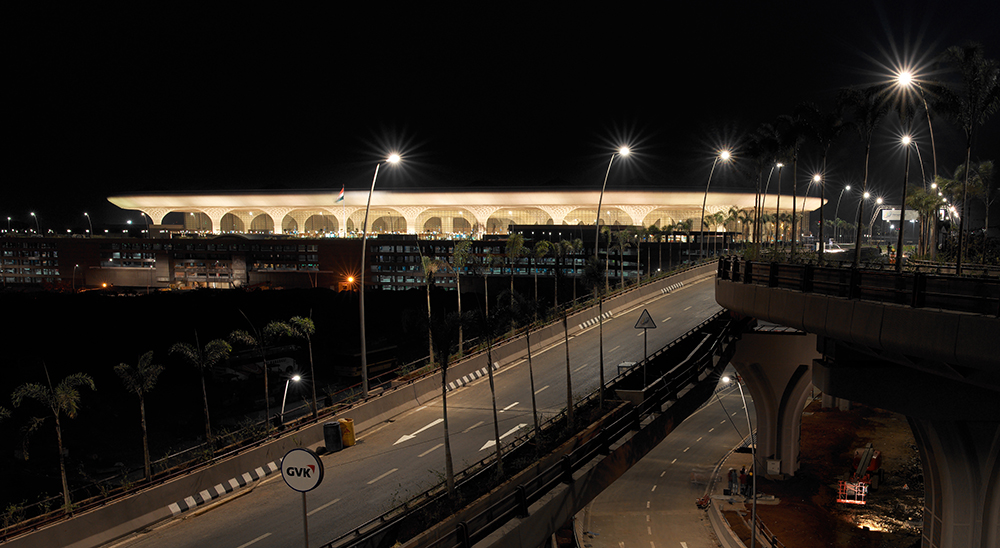 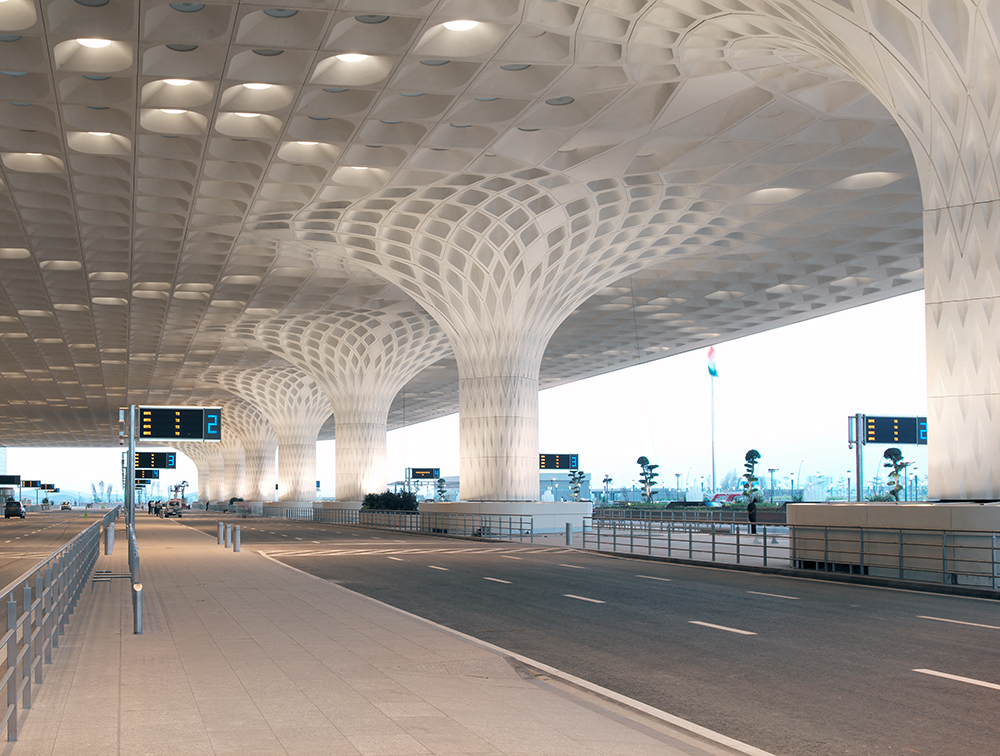 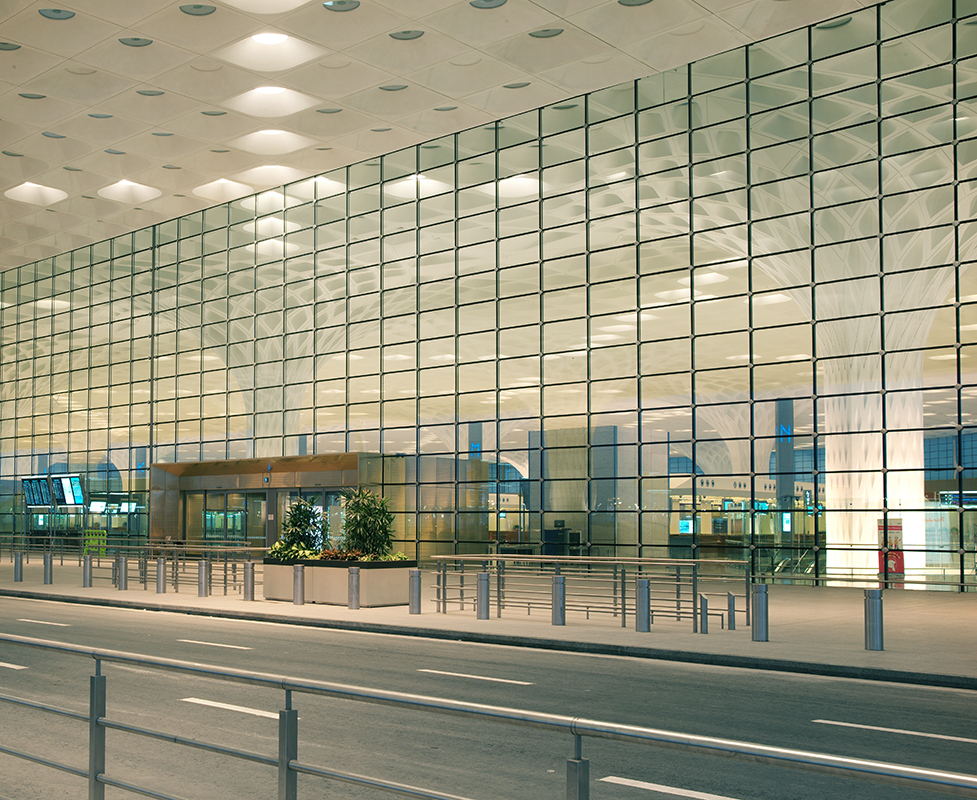 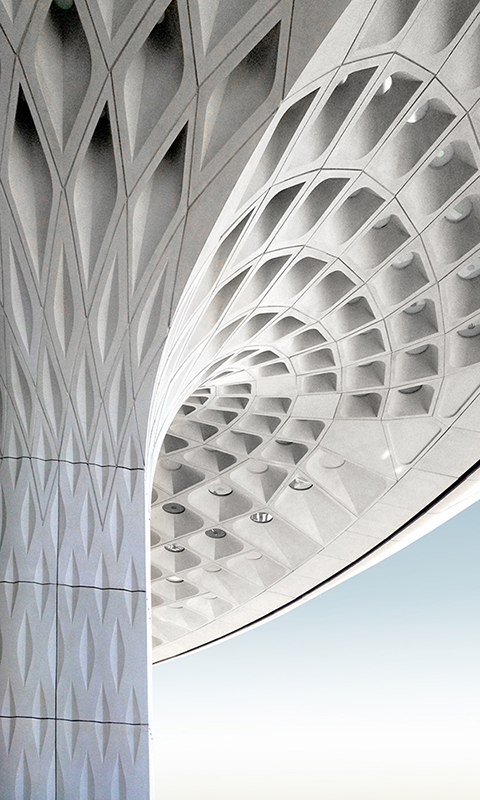 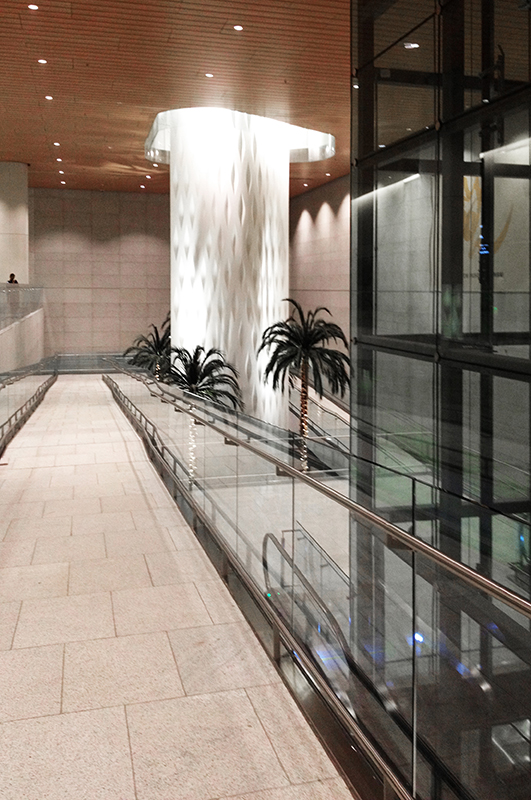 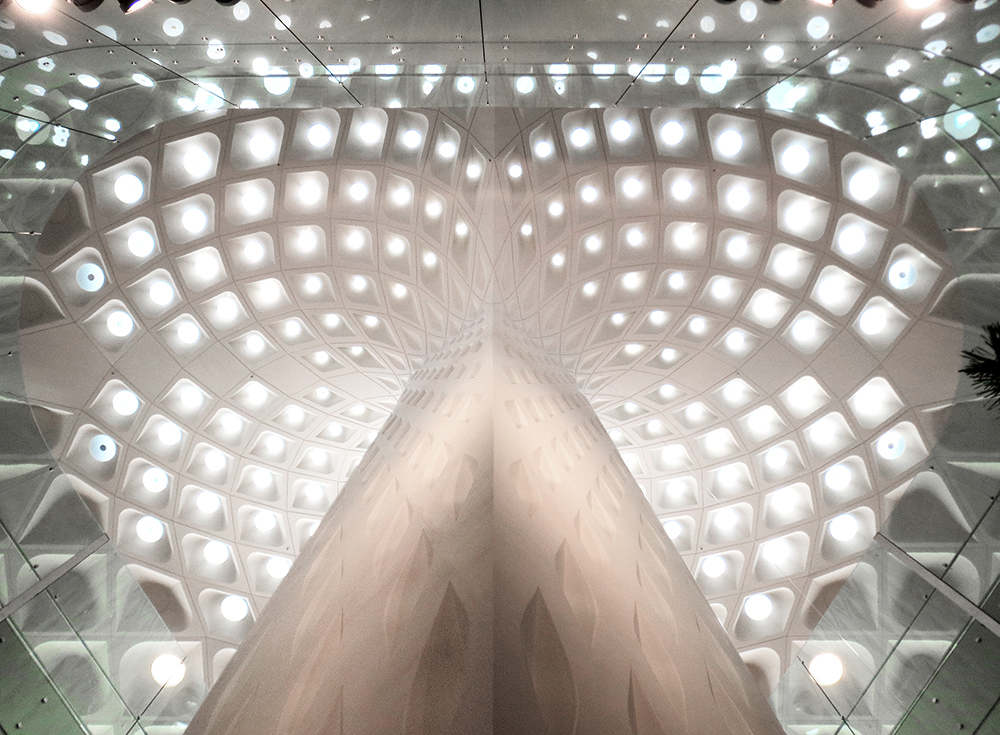 Snow and sleet up may have bottled up much of the eastern seaboard today, but take heart: The Philadelphia Flower Show...