On the East Cape of Mexico’s Baja Peninsula, opposite Los Cabos, lies a new home designed to float in its landscape.

“For us, it begins with where are you in the world, and then, how the architecture amplifies that,’ says Scott Glass, partner in New York-based Guerin Glass Architects. “Our goal was to emphasize its location on the Sea of Cortez, behind a dune, to feel like it’s on its own.”

It’s a nice name, but doesn’t do the design justice. Here, its architects made it feel like it belongs to the land, as delicately as possible.

Its triangular shaped site demanded special consideration. “There’s a small point at the back where you come in, and the ocean side is very open,” he says. “So you enter at the accessible part and the house reveals itself slowly and opens up to the sea.”

That accessible part is an entry courtyard that could have been a challenge. But one the architects turned it into an asset. “There’s quiet energy as the courtyard turns to the entry into the house,” he says. “It’s a really grand-feeling house and a beautiful procession to your own private beach.”

The materials are simple: Concrete, steel, wood and glass. “Initially we looked at making it out of wood, but in this case it’s a simple concrete and steel system to create big open spaces,” he says.” The pieces kind of float one on top of another.”

The overall effect is pristine and calming. “It amplifies your sense of place,” he says.

Which was the goal to start with. 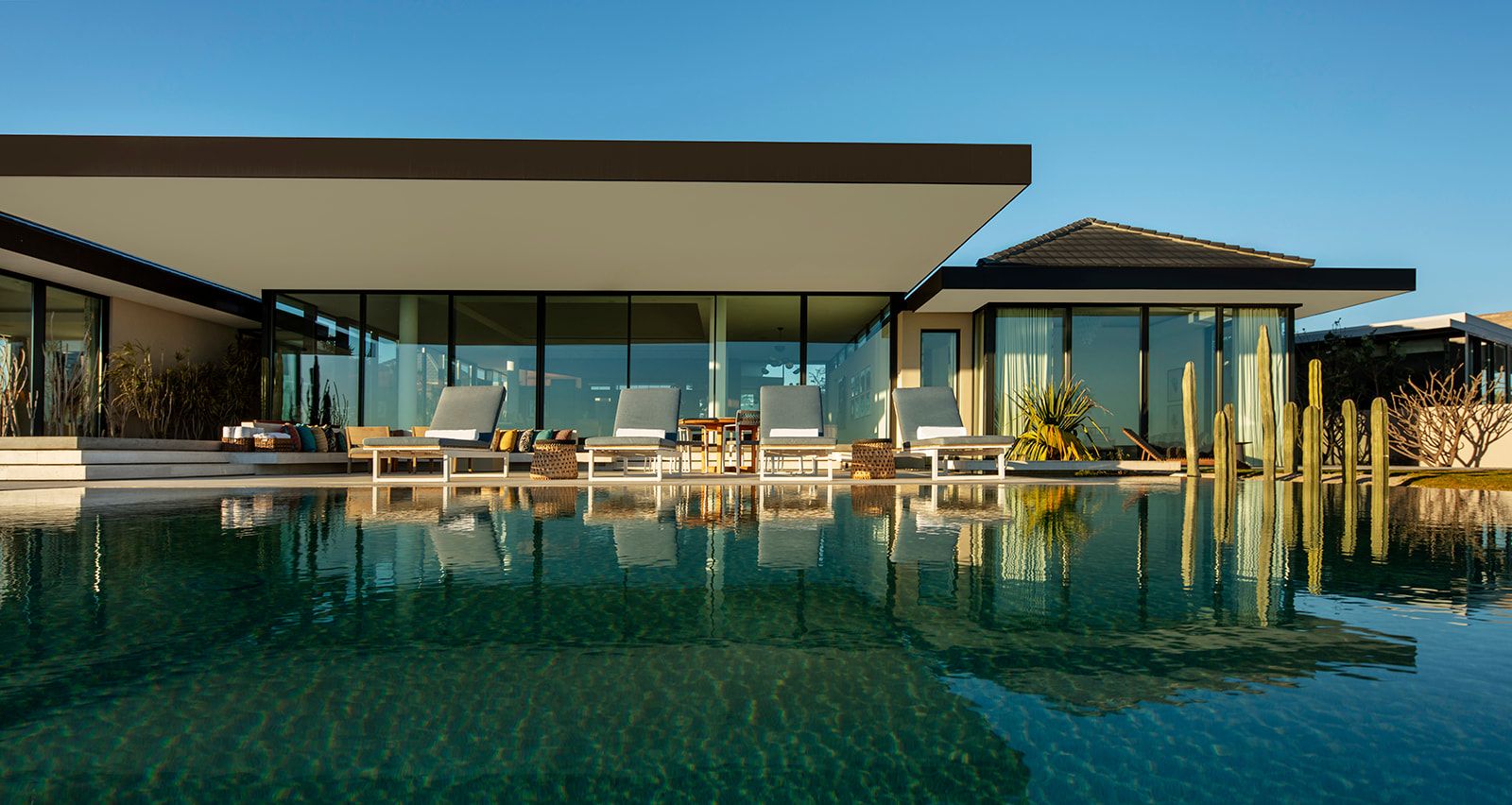 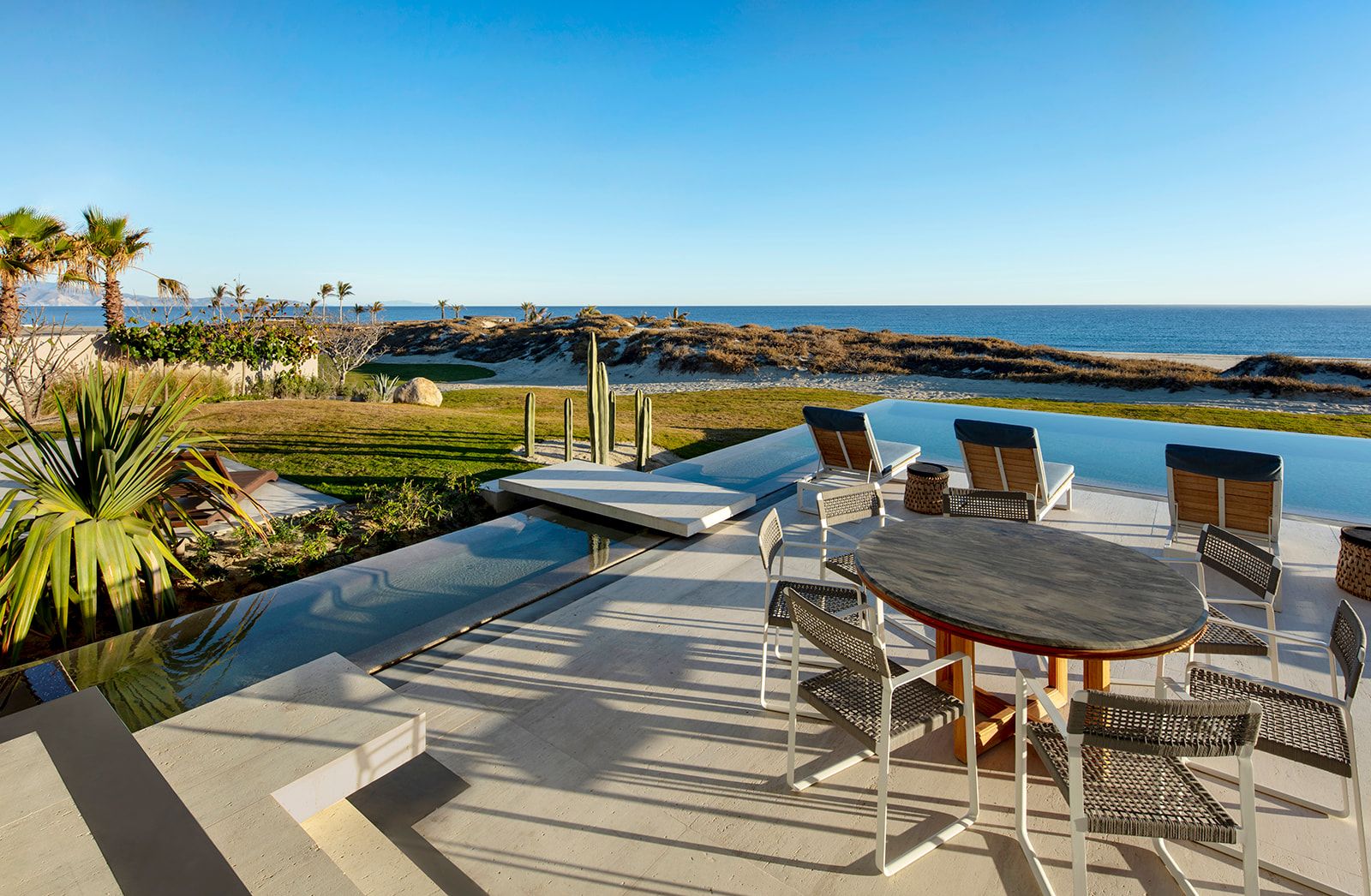 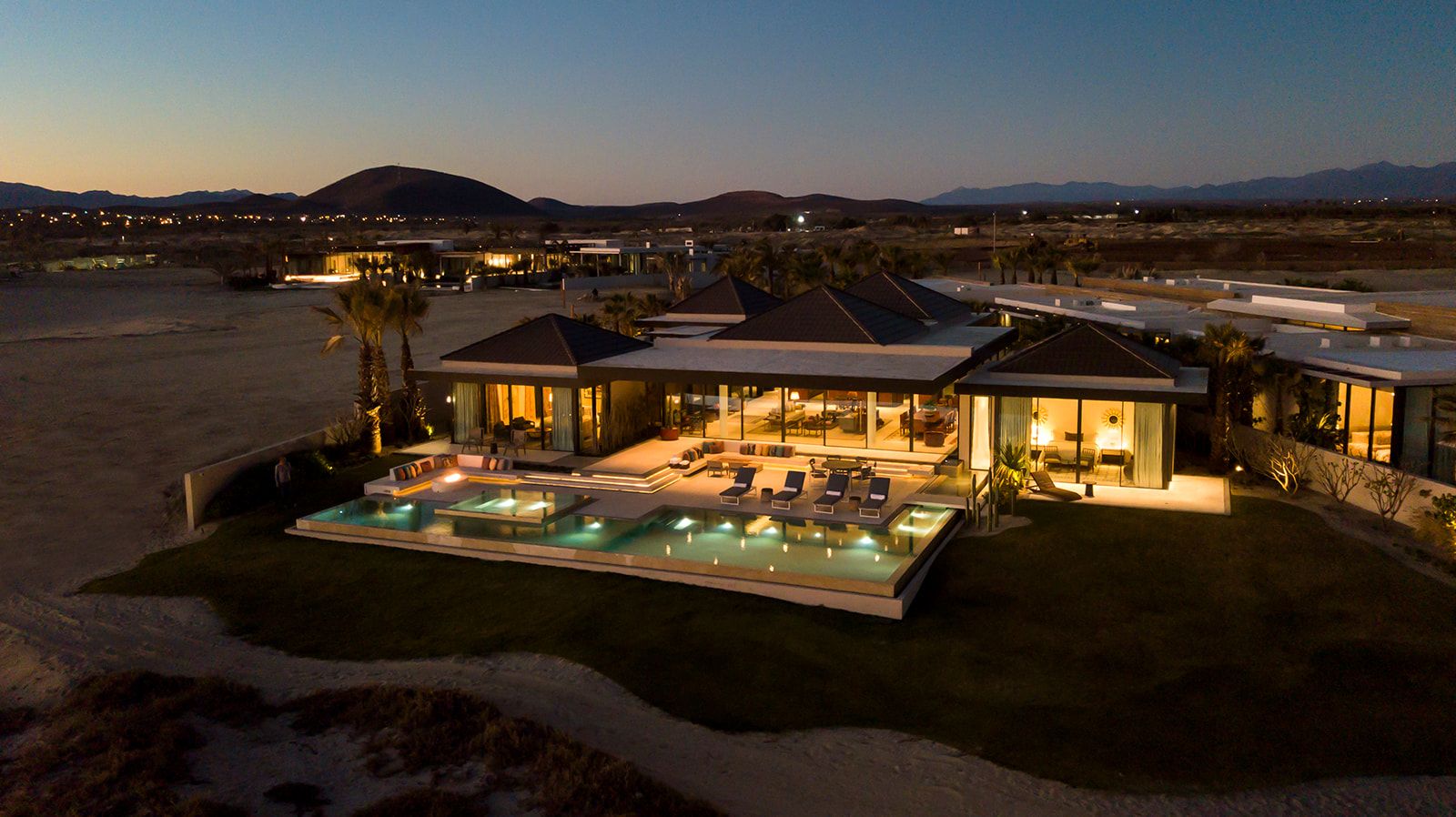 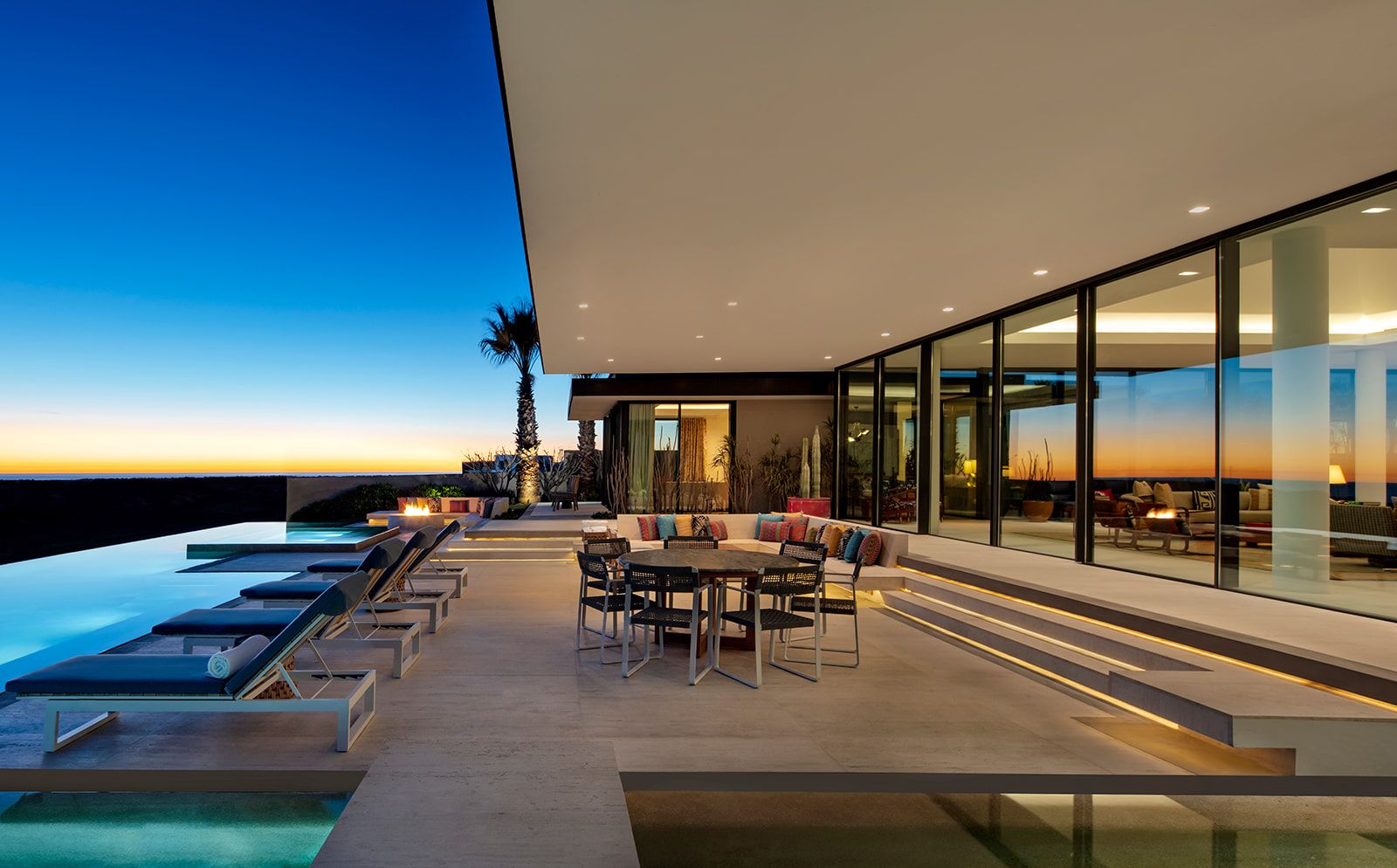 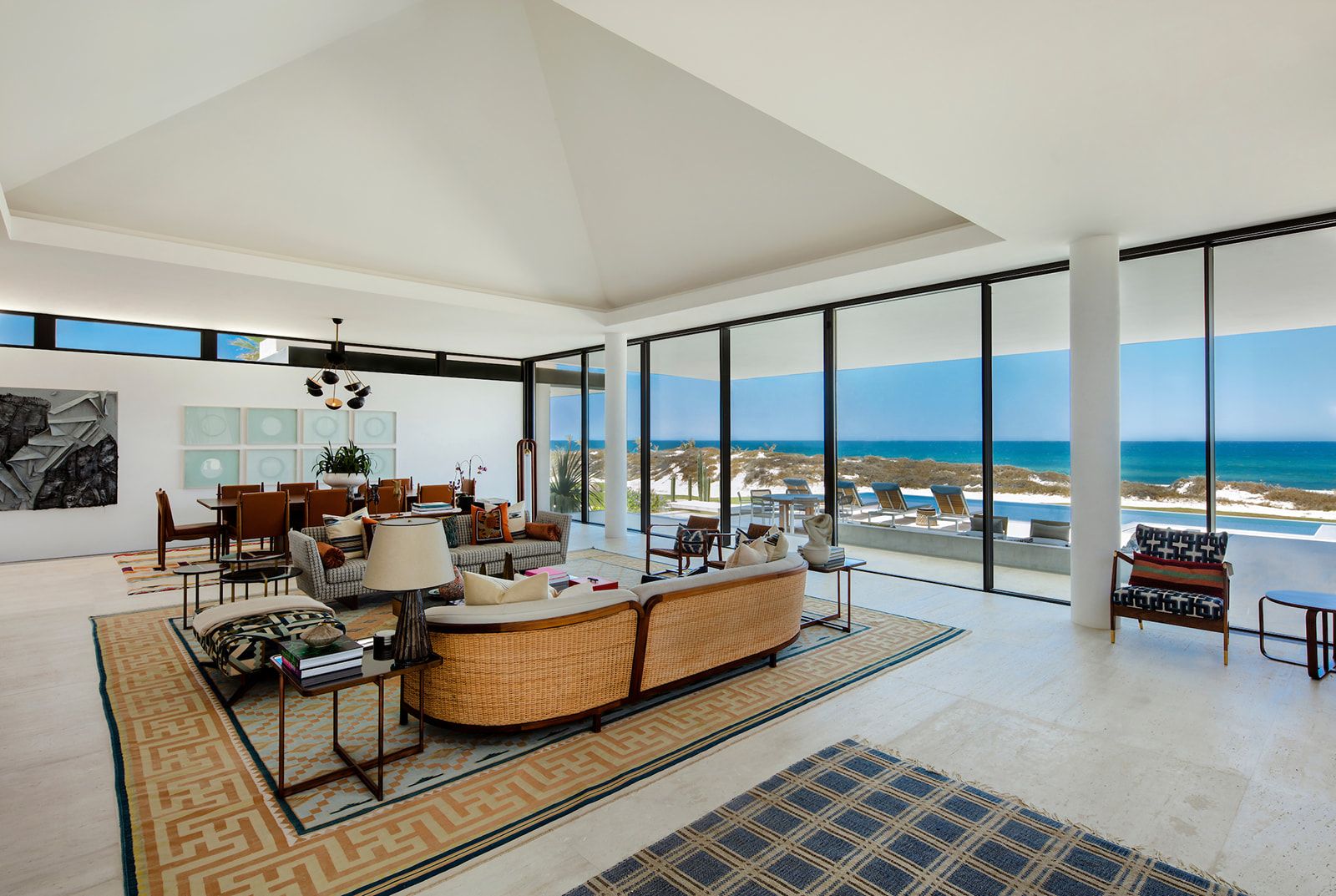 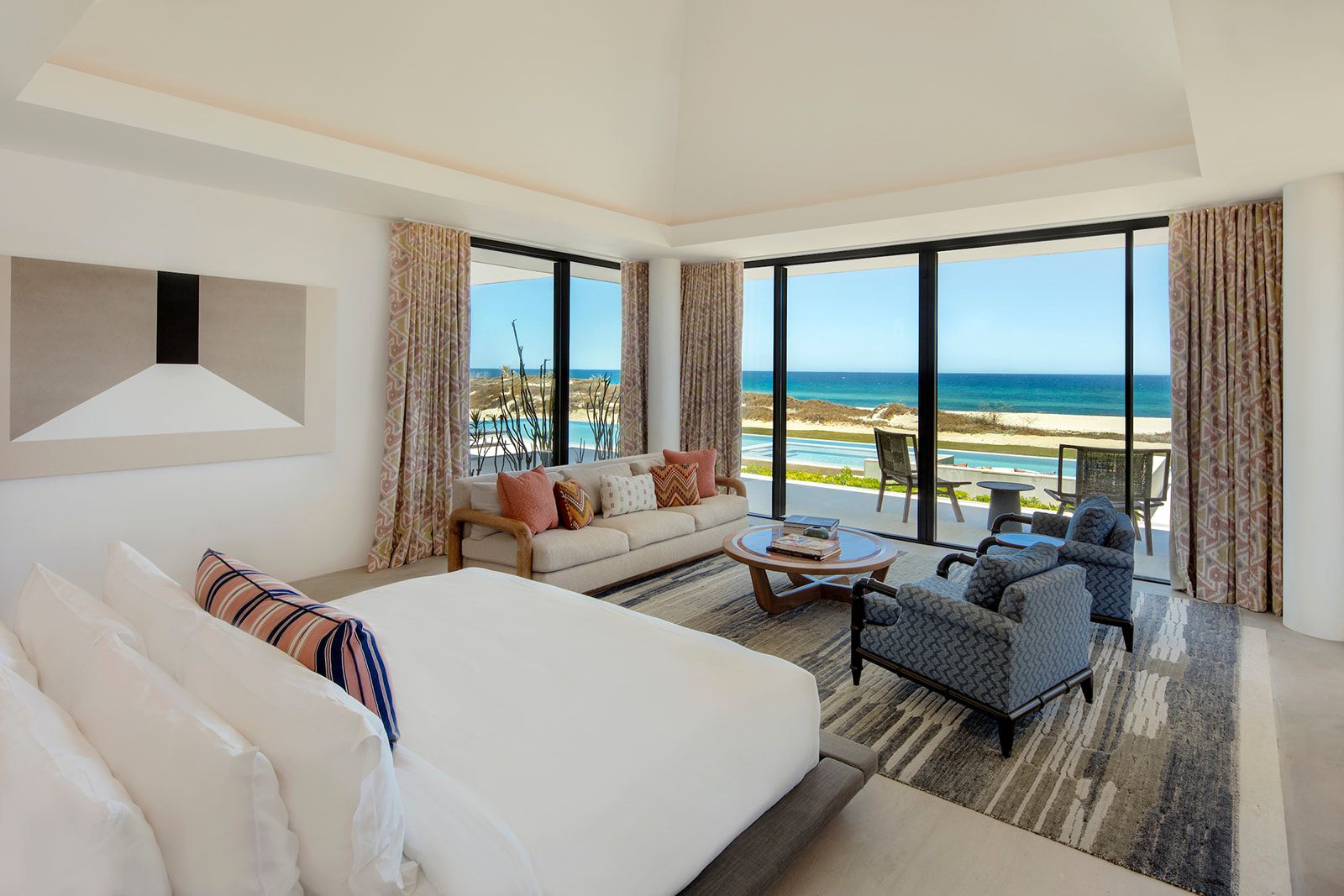 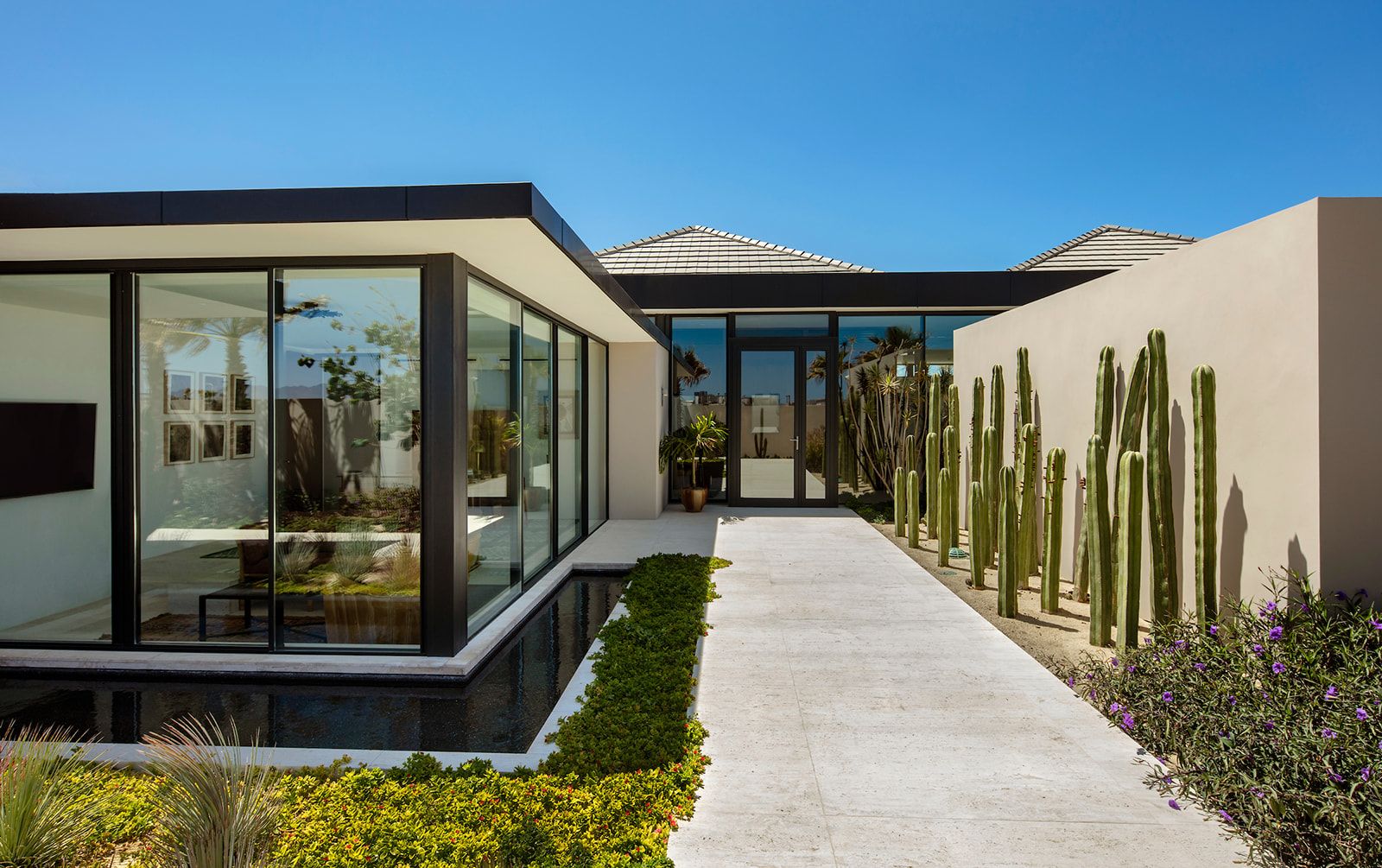 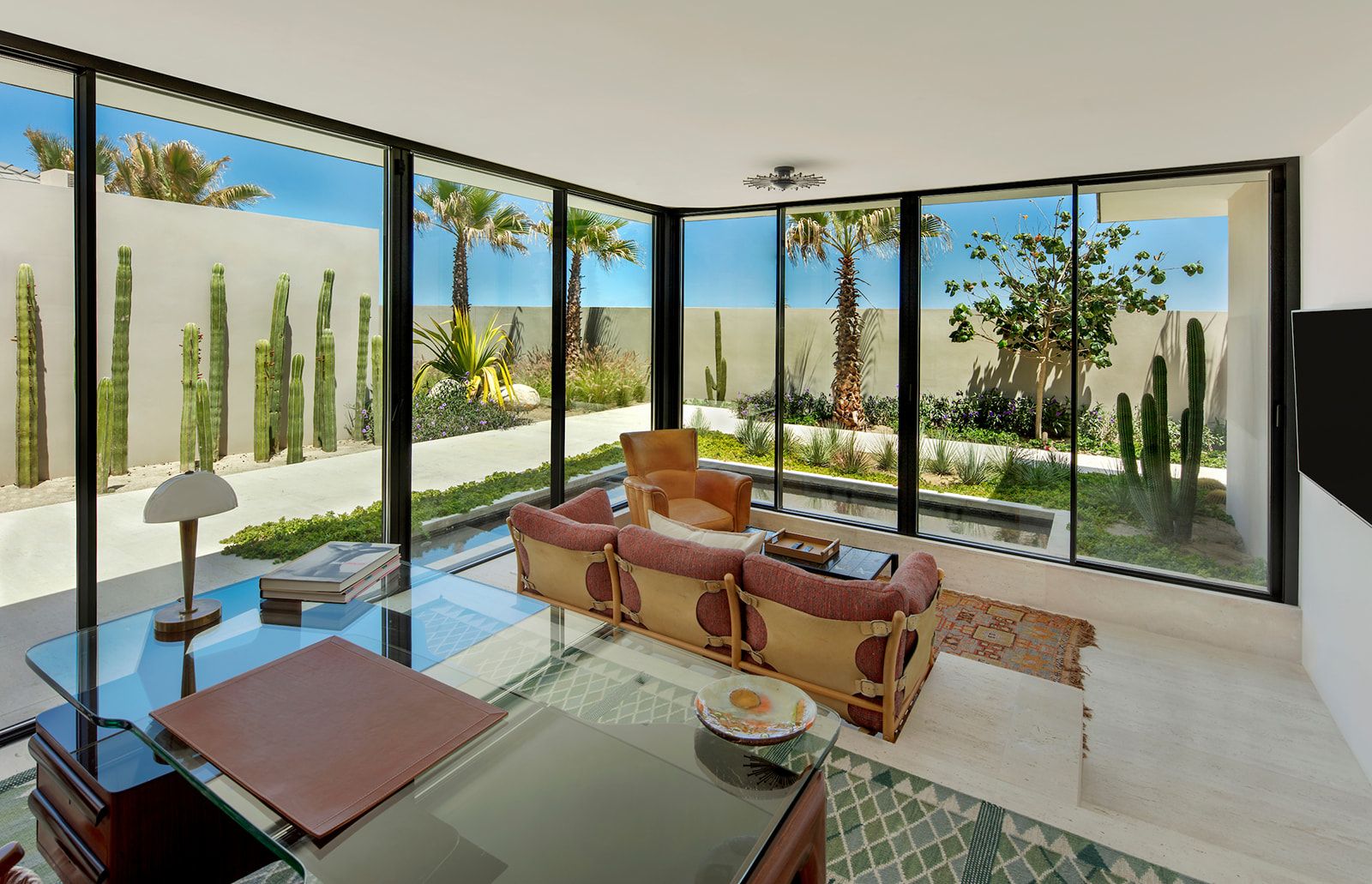 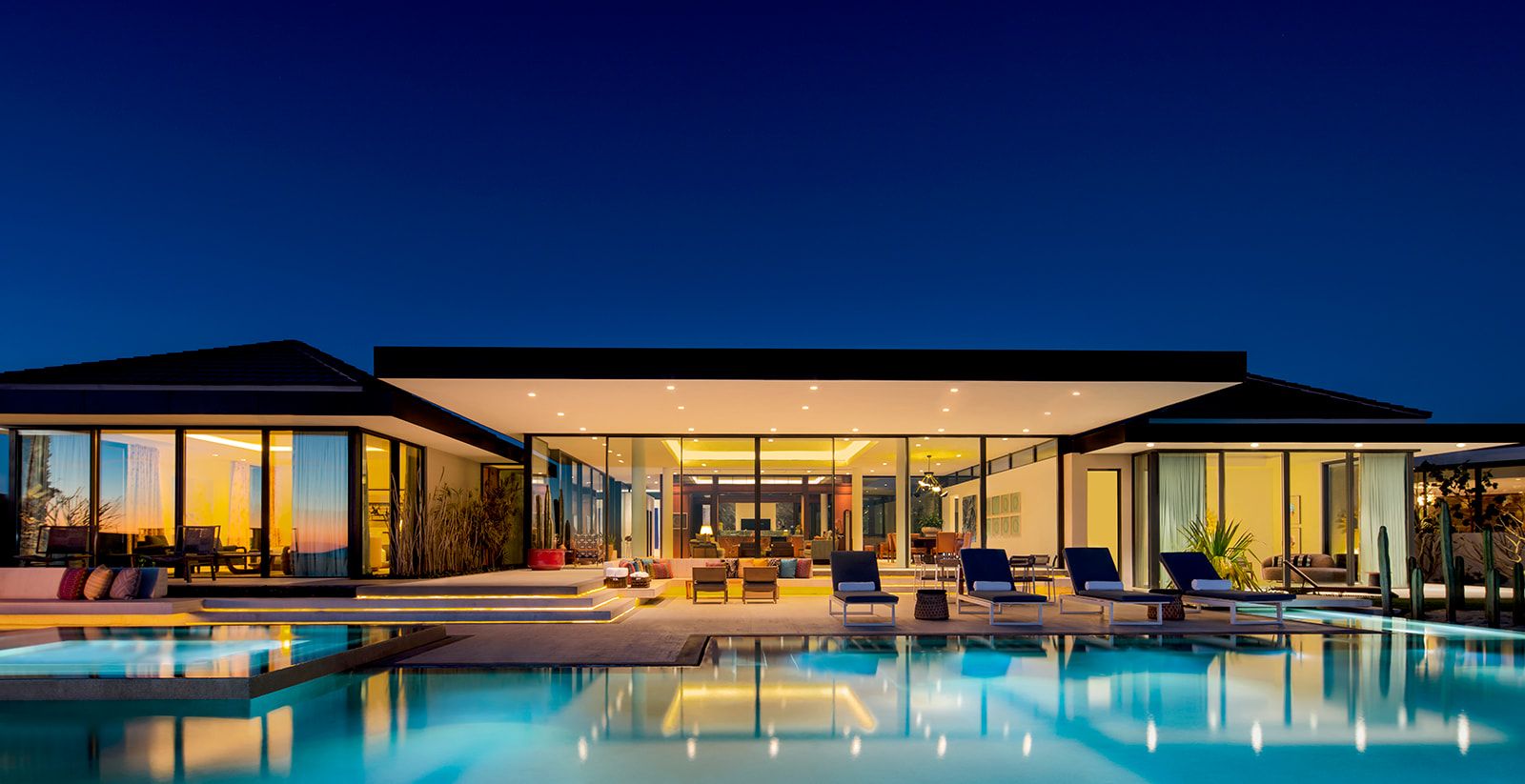 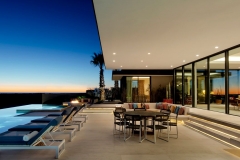 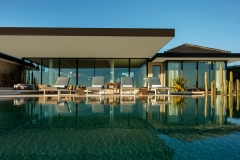 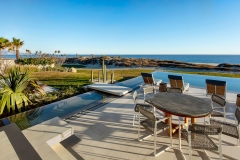 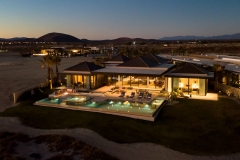 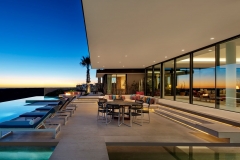 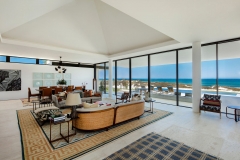 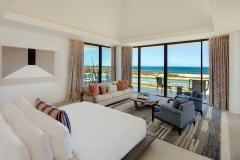 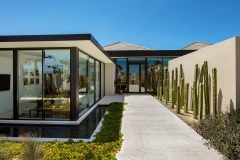 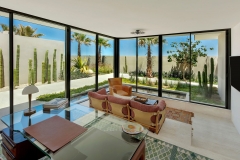 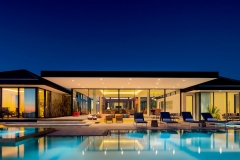 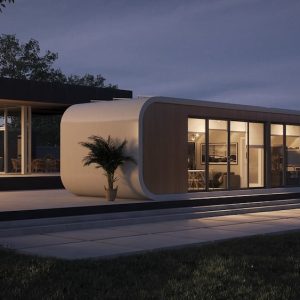