In Georgia, a Library that Wows

Like a lot of the built environment in and around Atlanta, Georgia Gwinnett College’s campus centers on the work of architect John Portman.

This isn’t Peachtree Street, however.  It’s the leading edge of the suburbs, in one of the nation’s fastest-growing counties.  And it’s part of an environmentally sensitive master plan, developed by Boston-based Sasaki Associates.

The biggest, newest building on campus is a LEED Gold-certified library, designed by a Leo A. Daly team led by Jerry Voith, managing partner in the Atlanta office of the firm.

“The master plan identified the library site immediately south of the Portman building,” Voith said.  “It sits on a green space, with a natural amphitheater in front.  Incoming students walk through an ‘arch of knowledge’ there, and graduation is held on the plaza in front.”

“We were driven by the site for the generally circular form to frame the campus green and to look up at Portman’s building,” he said.  “There was also the program of housing up to 750,000 volumes, with a provision for compact shelving.”

But there was also the “Wow!” factor, as proscribed by a contagiously enthusiastic Daniel J. Kaufman, president of the college, along with visual listening through a series of administration and faculty focus groups.

“They liked the glass, for letting in the light, and as a backdrop for the terracing inside,” he said.  “That’s an active area on the ground floor, but it gets more passive and quiet as you go up.  There are 800 reader seats in this library.”

Like a lot of architects, Voith’s biggest challenges lay not with the site, the program or the aesthetics, but in managing the multitude of voices clamoring to be heard in the process.  There were the administration’s vision, the facility management team’s desire to open on time, the library staff’s admonition to take time to get it right, and the competing perspectives of different agencies within the state.

“I went to school to avoid being a politician,” Voith, an Auburn graduate, said.  “I went to school to learn how to draw pictures.”  Still he managed to get the appropriate buy-ins from all concerned for a building that not only looks good, but will accommodate a rapidly growing school.

When it started just a decade ago, only 1,000 students were enrolled.  More than 7,000 attend school there now – with plenty more on the horizon.  According to a 2003 Sasaki study, the Atlanta region will experience a population growth of 28% by 2020 with an additional 66,000 students, or 57% of the total projected enrollment growth for the state. 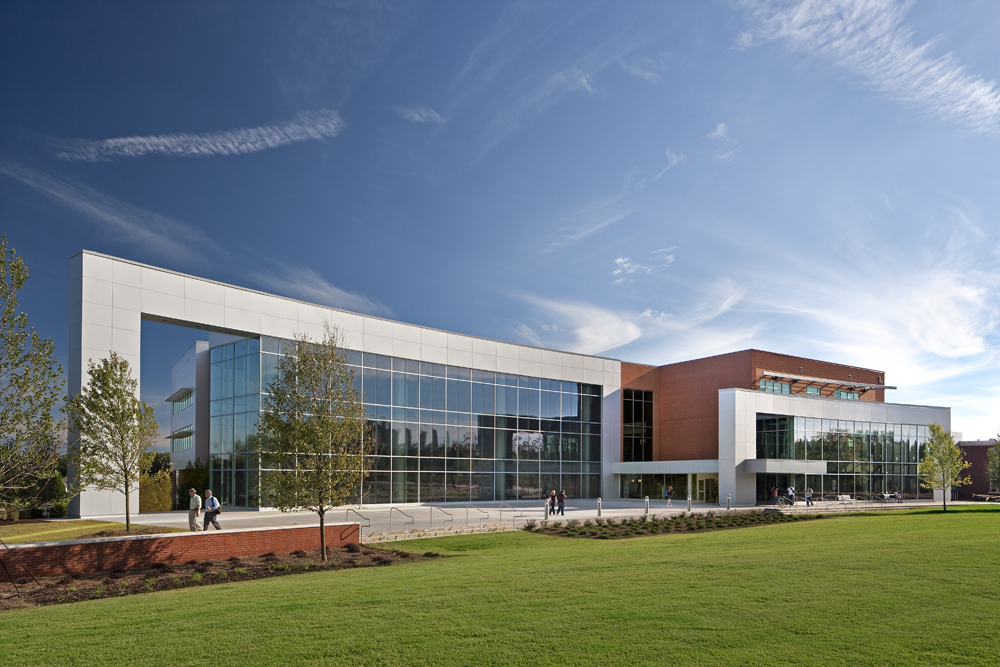 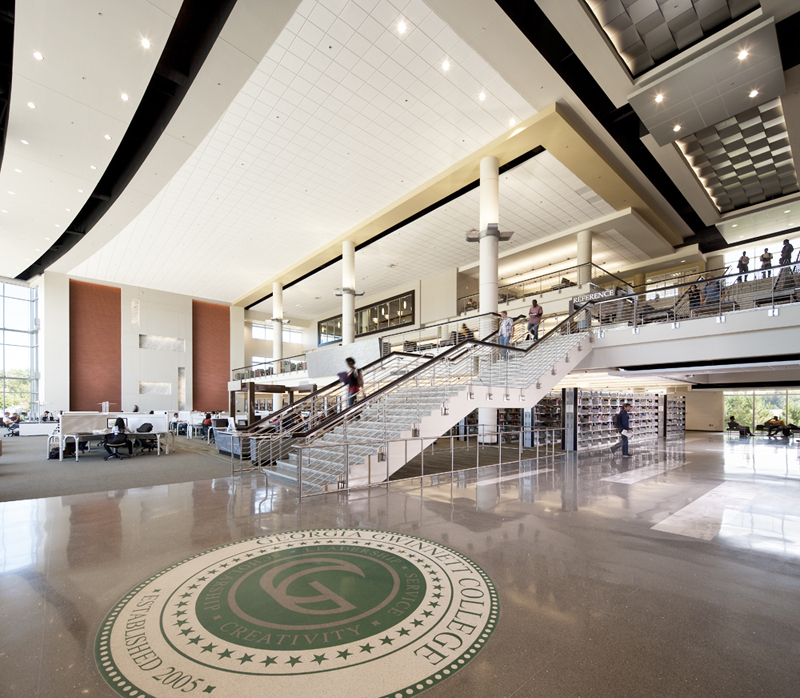 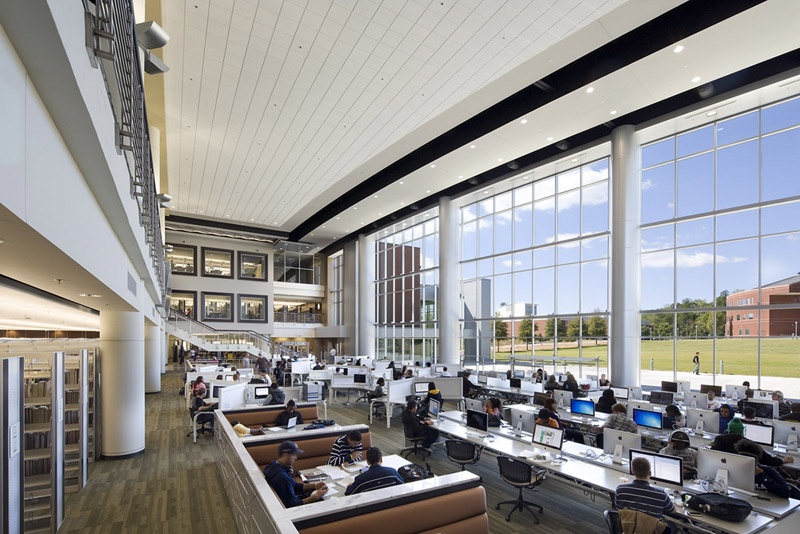 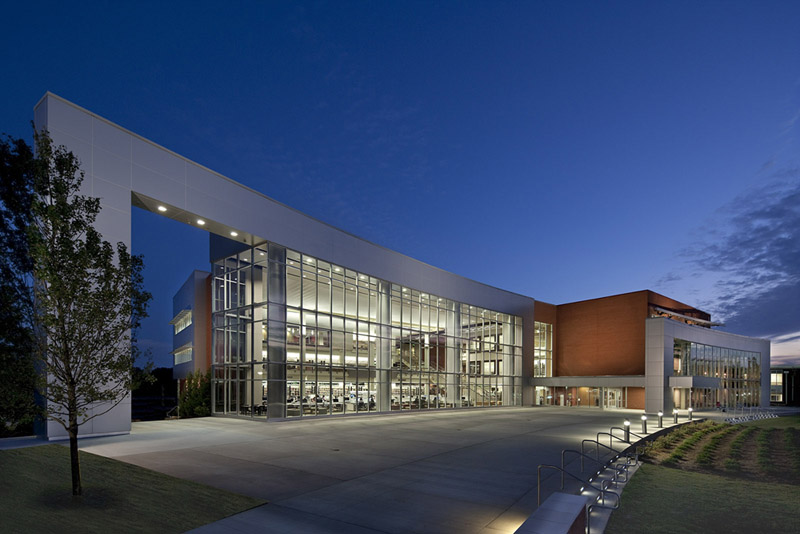 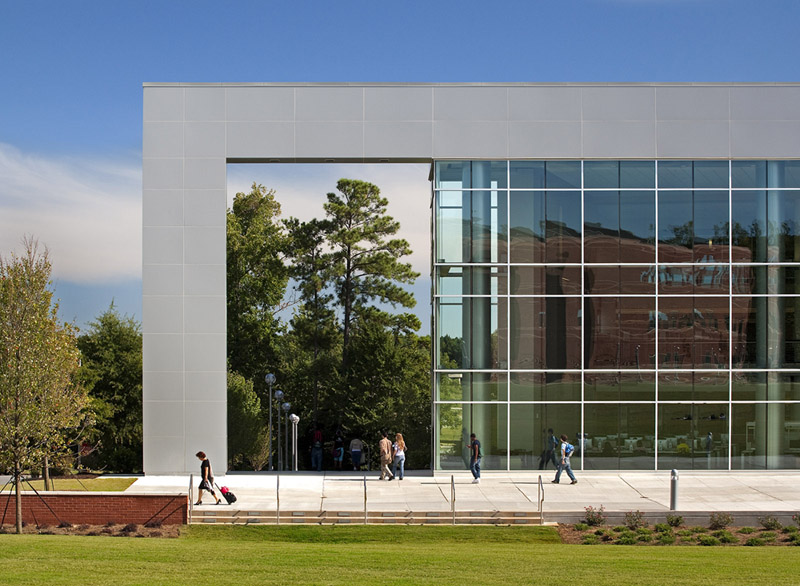 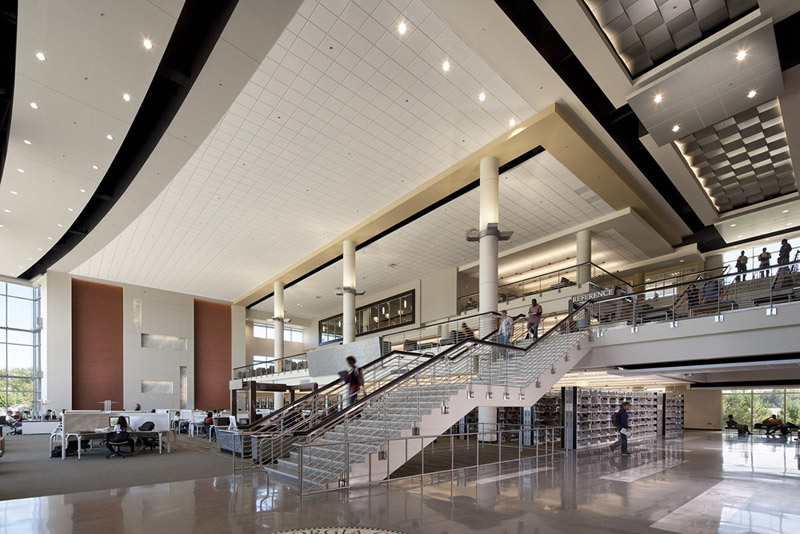 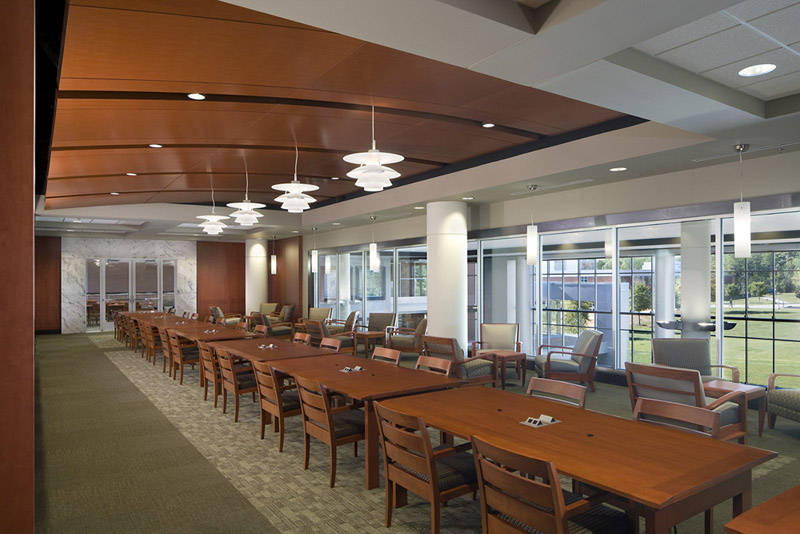 The building did turn our well – it took lots of folks lots of early mornings to get it donw.

Consider the functional birth of the chic and promenading elevated West Chelsea tracks now known as the High Line: Built...