Ocean Home magazine recently published a feature article I wrote about the total makeover of a 40-year-old condominium in Clearwater Beach, Fla. It was handled long-distance from Chicago by interior designer and architect Adina Hall, and we’re pleased to repost it today:

A panoramic view of the Gulf of Mexico – and a marriage proposal in Santorini – inspired architect/interior designer Adina Hall when she kicked off the makeover of a 1980s Clearwater Beach condo.

It’s on the 14th floor of a 20-story tower, a corner unit with a balcony that faces south and west. Her clients, Chicago-based Matt and Korrie Sprenzel, got engaged on that Greek island in the Aegean Sea and married in 2020. So Hall placed photos of Santorini – bright white, deep blue, and great big – on the walls of their beachfront getaway.

“Some of the images were taken during their engagement,” Hall says. “It’s a nod to something meaningful to them personally.”

On a more atmospheric level are sunsets seen from the balcony every evening. The skies are never the same, and sundown provides a backdrop for family get-togethers. “At six o’clock, everybody gathers outside for a glass of wine – and every night it’s different,” she says. “Then the blinds come down.”

Pops of blue are everywhere inside – on walls, on throw pillows, on an L-shaped living room sofa and on a lounge chair that faces it. “The site, with the views of the Gulf of Mexico drove that,” Matt Sprenzel says. “She was also working with the window frames and doors that are a kind of aqua blue finish – she brought that palette inside.”

Floors of the condo are porcelain tile in a color that reflects sand on the beach below. In the living area, their planks are laid on an angle to guide people toward that corner view, In the kitchen, they’re aligned with counters and island to steer feet toward a door to the balcony.

Sprenzel spent many of his younger days in a similar corner condo on the building’s sixth floor, one his father bought as a family vacation spot. When this one became available in 2019, Sprenzel bought it sight-unseen – because he knew all about its views.

The interior, though, was another story. “The space was extremely dated, with popcorn ceilings and floral valances, and pink and green kitchen granite,” Hall says. “It was a mishmash of styles in one place – an eyesore.”

The Sprenzels totally gutted it, then asked Hall for a clean, modern, and minimalist design. “We wanted openness, to be able to see the Gulf of Mexico from the kitchen,” Matt says. “That cost us in terms of storage space in overhead cabinets, but it’s open to the landscape from the living room, dining area, and kitchen.”

Hall brought in massive teak roots for coffee and side tables in the living room – and a hall table at the entry. Above that is a painting by San Diego artist Irina Negulescu called “Water Gypsy.” Its focus is on a woman suspended underwater in a deep blue sea. “It looks like the water from the painting is spilling over to the teak root,” Hall says.

Since the 2,000-square-foot condo is a family getaway, Hall was careful to accommodate the needs of the Sprenzels’ seven kids and five grandchildren. “If the kids want to play, there’s room,” says Korrie Sprenzel. “There are bunk beds for four girls, and still walking space so they don’t feel crowded.”

The most surprising aspect of the design is that Hall did it all remotely from Chicago, while she monitored images sent by her clients. When it was completed, she came down for an extended visit. There, she had the opportunity to experience her own design principles, on site.

“The first time she went down with her family, she said: ‘This place is beautiful,’” says Matt Sprenzel.

And she was right. 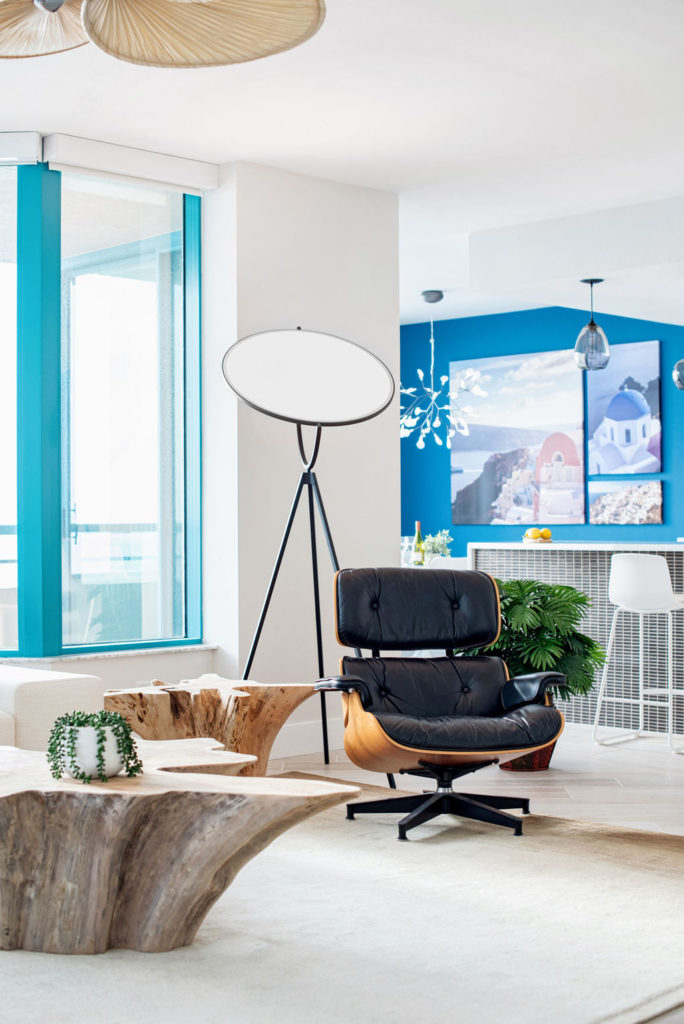 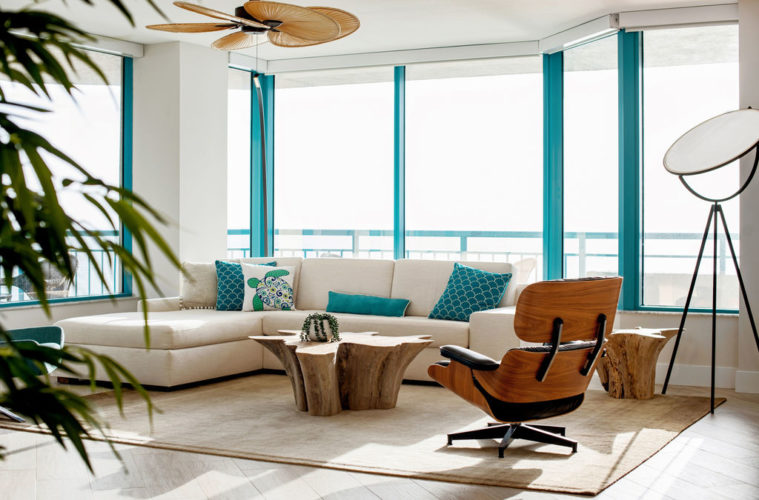 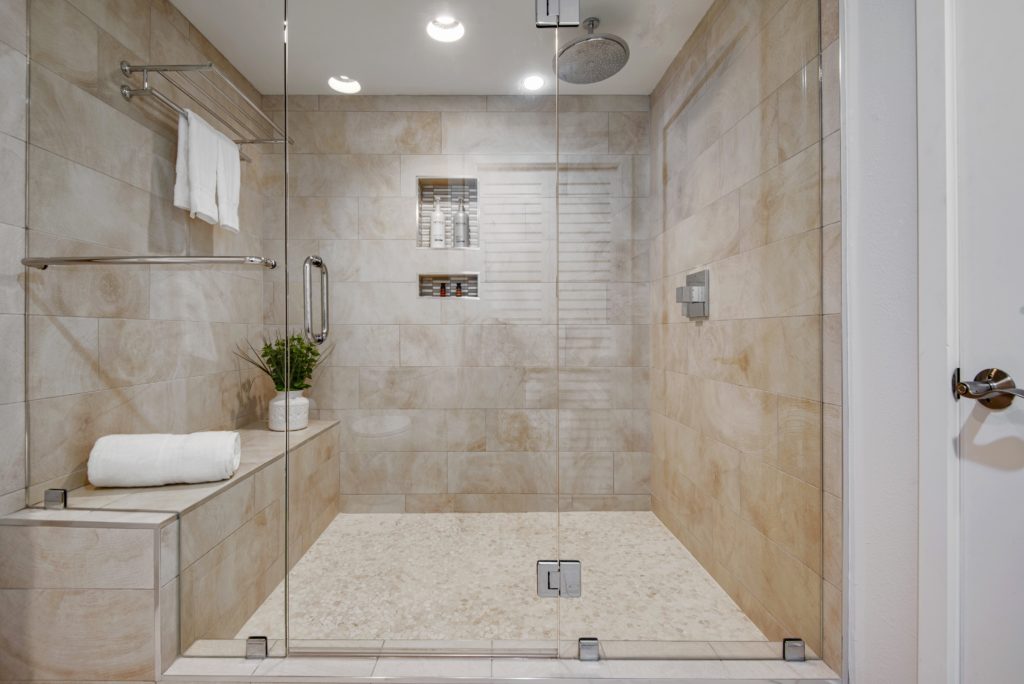 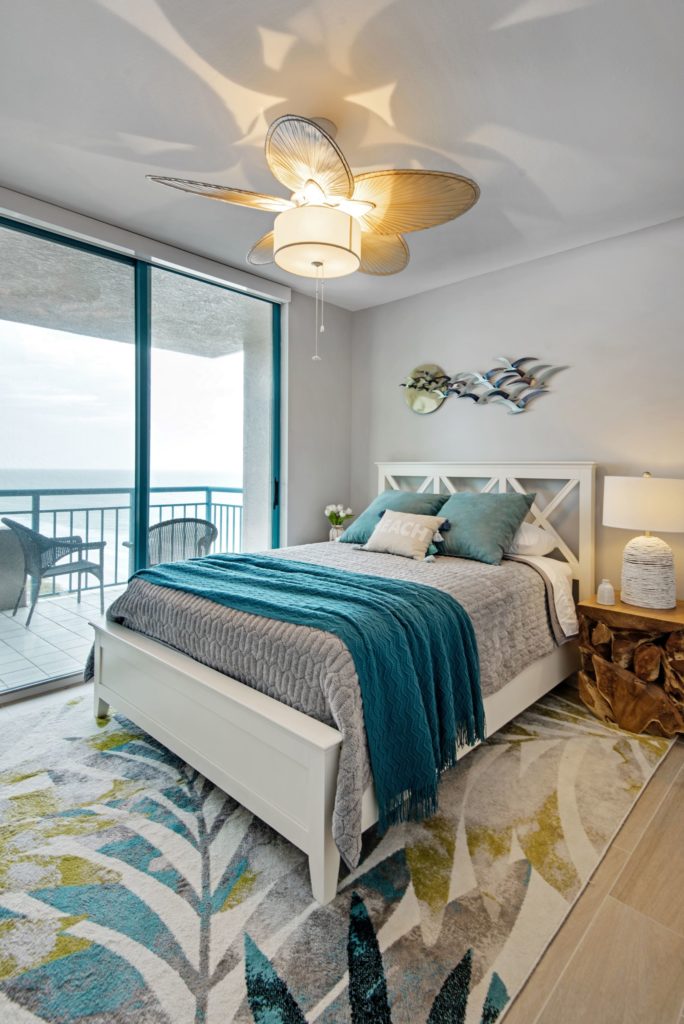 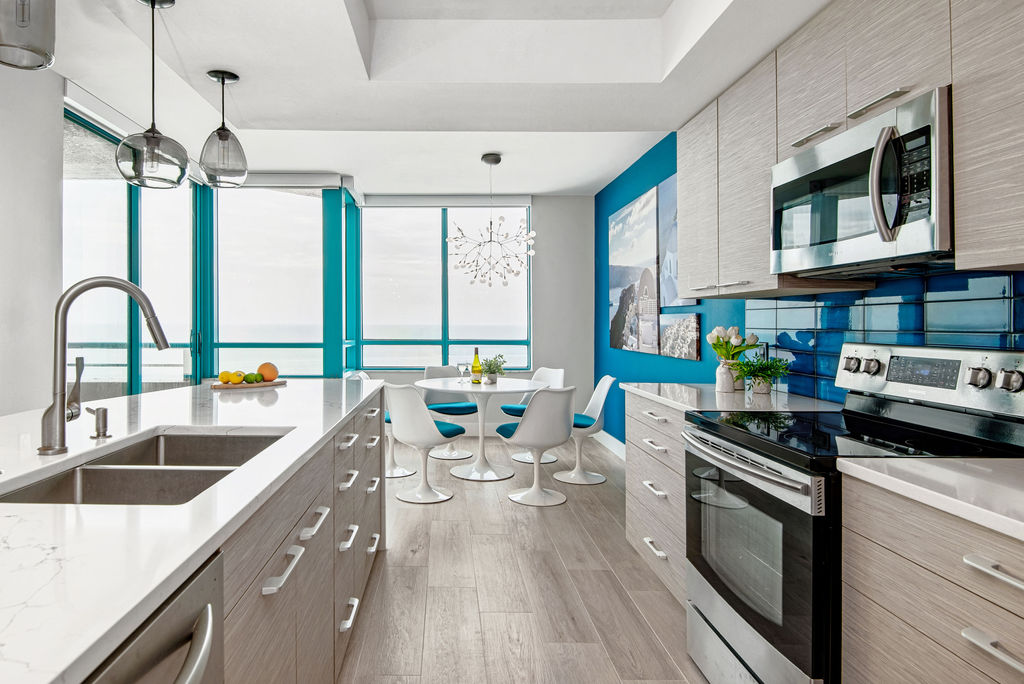 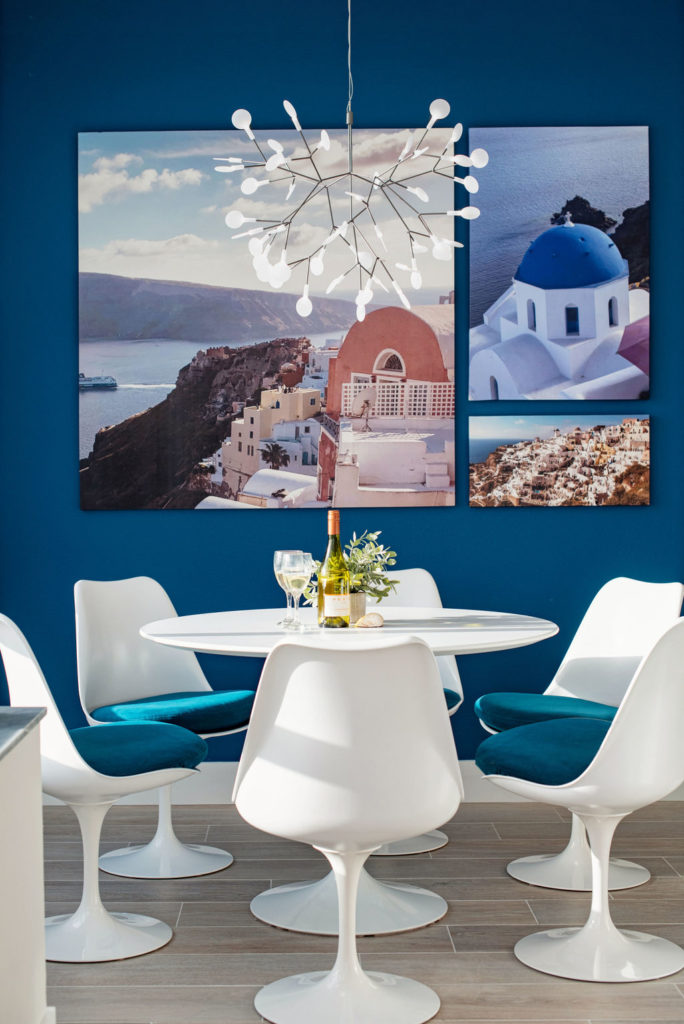 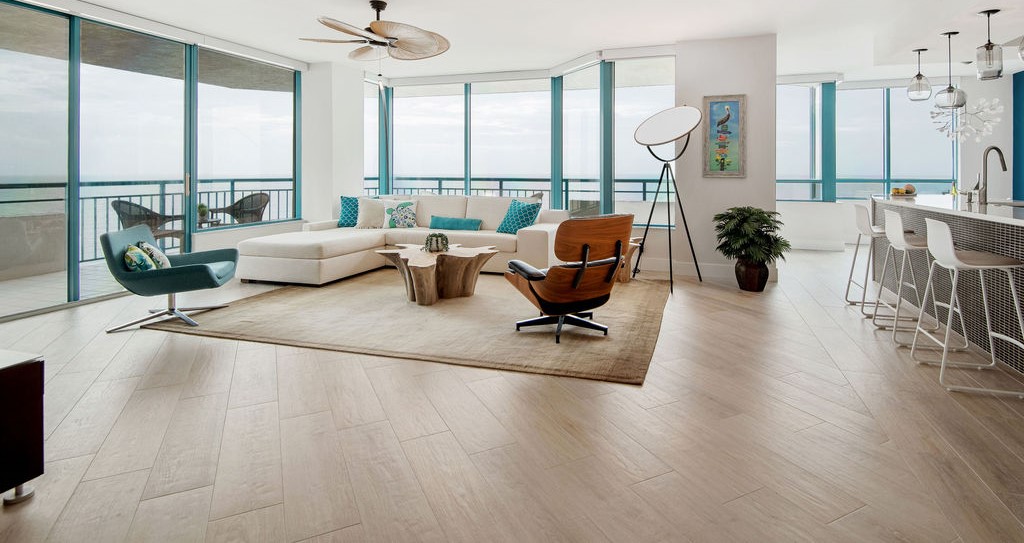 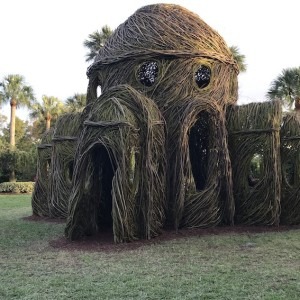 After more than 30 years of bending, twisting, and tying willow saplings and twigs into monumental objects in the environment,...