In Bethesda, a Floating Tea House

First, imagine you’ve got one of the more uninviting back yards in all of suburban D.C.

A place where plants don’t want to grow well.

A place that needed some definition, and an identity.  A place to relax with friends, which might be turned into a stage for concert space.

Further, suppose you decided that what you needed was a floating tea house to solve all these problems at once.

Who do you call?

In the case of Sara Zand and Andy Tangborn, they looked down the street at architect David Jameson’s minimalist Glenbrook Residence, and promptly emailed him.

“We told him we wanted a backyard tea house,” Tangborn said.  “One that was modern, but blended in with the neighborhood too.  We wanted the illusion of a floating tea house to defy gravity.”

Jameson said it sounded interesting.  That was in the fall of 2003.  At the time, he didn’t have a lot of ideas, but asked for photos of spaces the couple liked.

Then he showed up with drawings for what he wanted to do.  He had one option, and a creative one at that.  “He took what we said very literally,” Tangborn said.  “There’s an illusion of floating, actually hanging, from steel beams.  It’s transparent glass but it’s surrounded on three sides by a small grove of bamboo.”

From the house, they can see a glass structure at the end of the property, and the bamboo.  The tea house isn’t totally transparent, and the neighbors’ homes aren’t quite visible.

The structure took six years to build because, it is, after all, a tea house hanging from steel beams.  “You can see right through it so quickly,” he said.  “The whole space is transformed.  People come to the house and have this desire to walk to the back.  Before, they didn’t.”

And in July, it was named the recipient of an A.I.A National Honor Award.

For more on David Jameson, go to http://www.davidjamesonarchitect.com/ 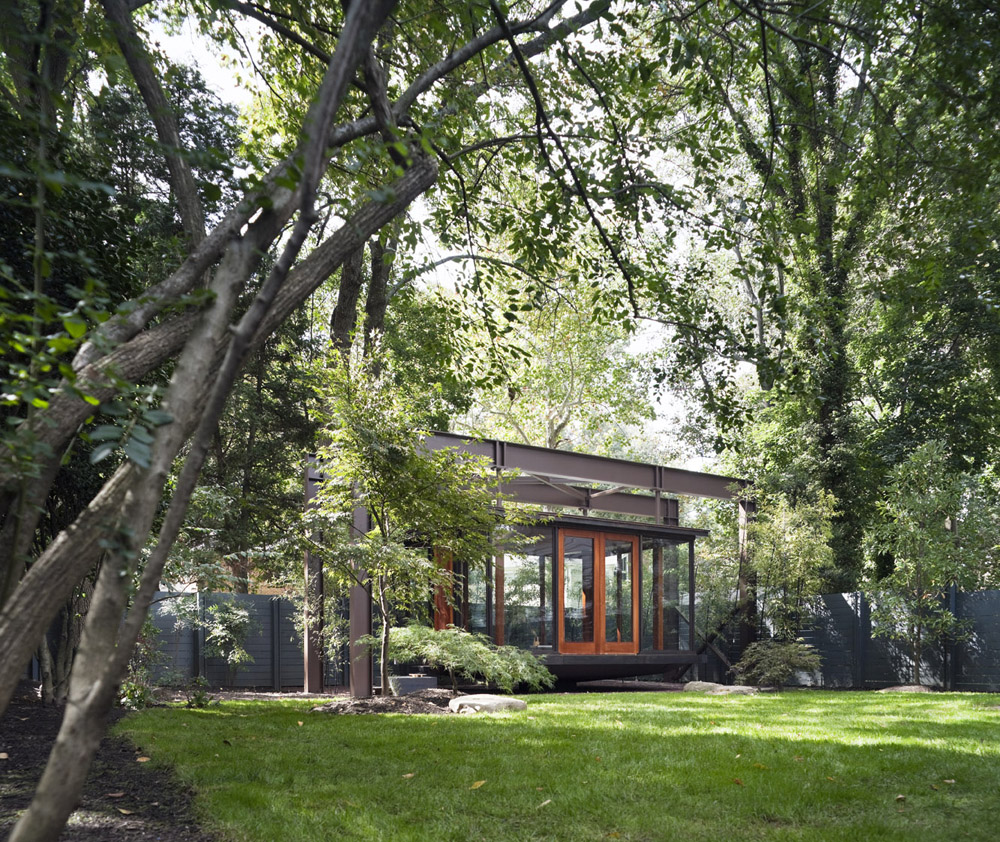 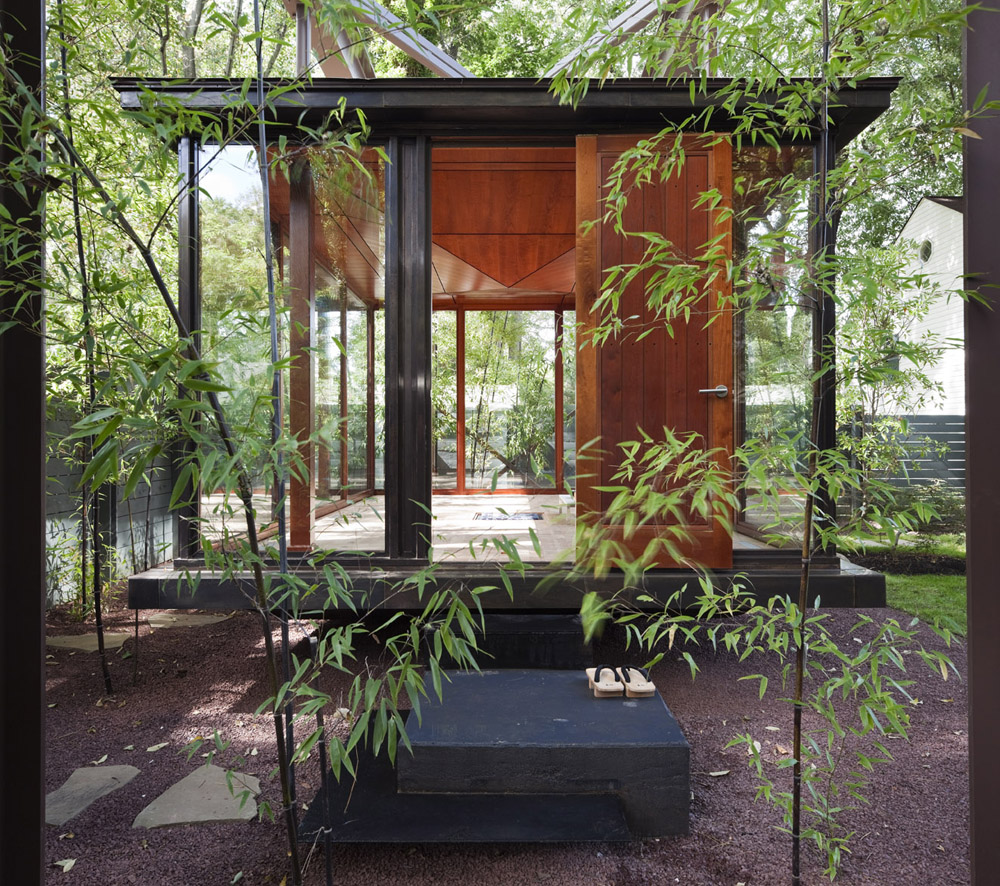 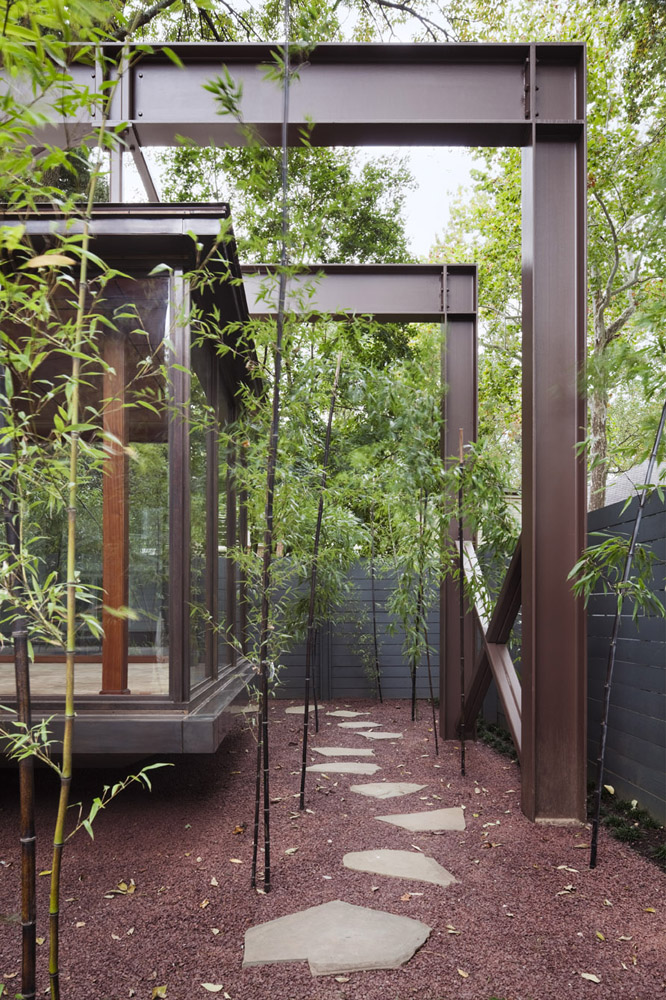 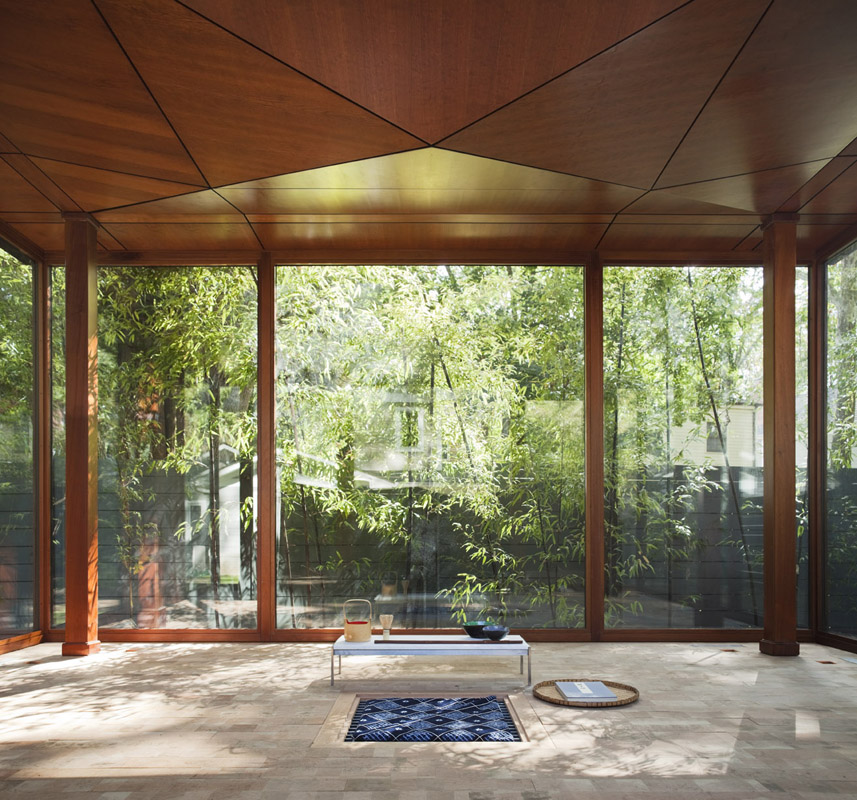 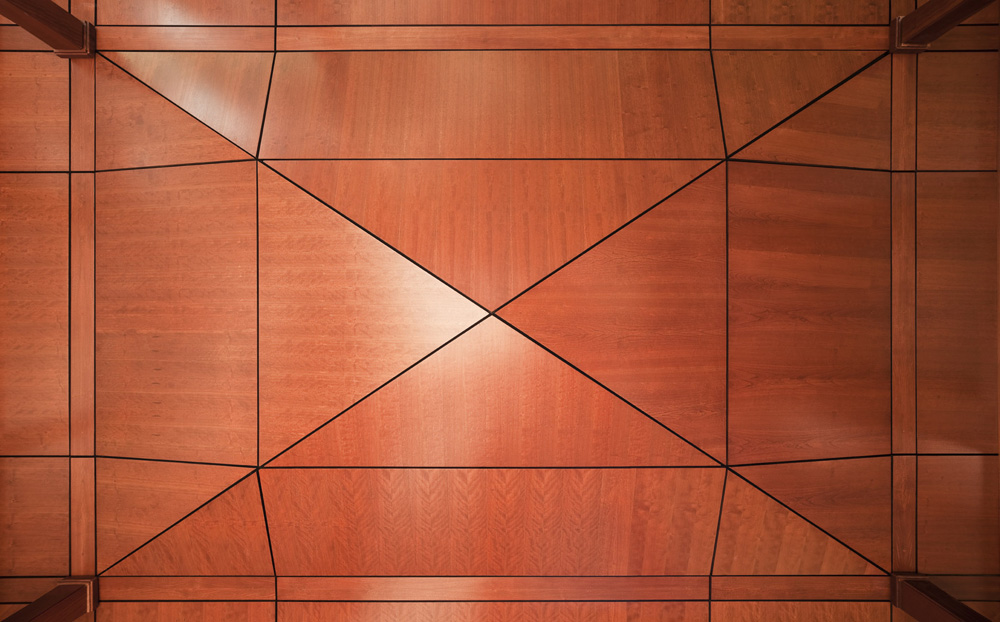 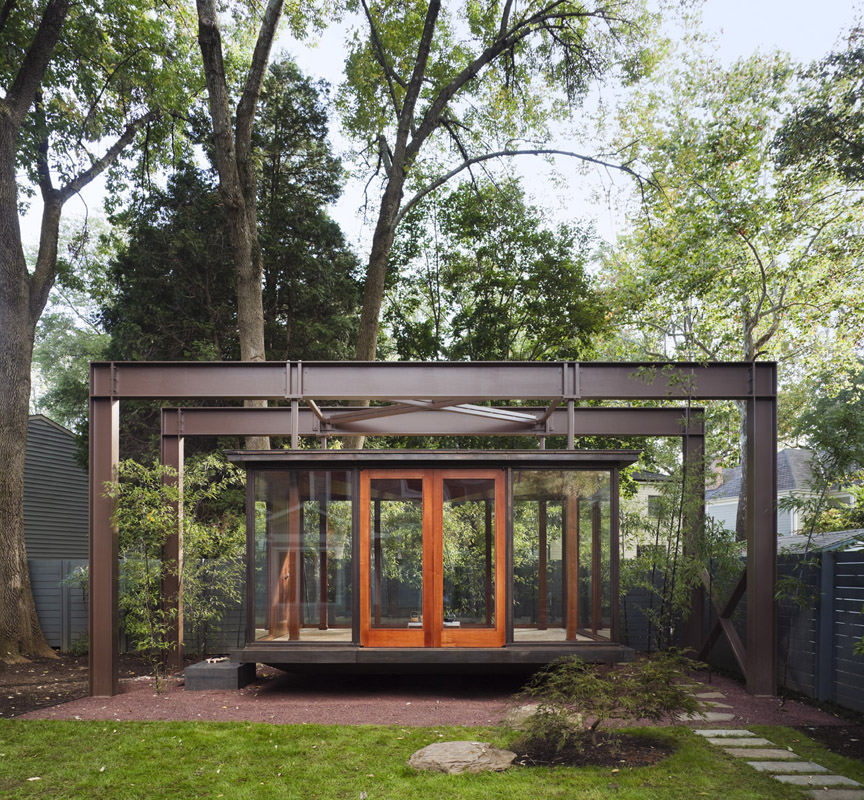 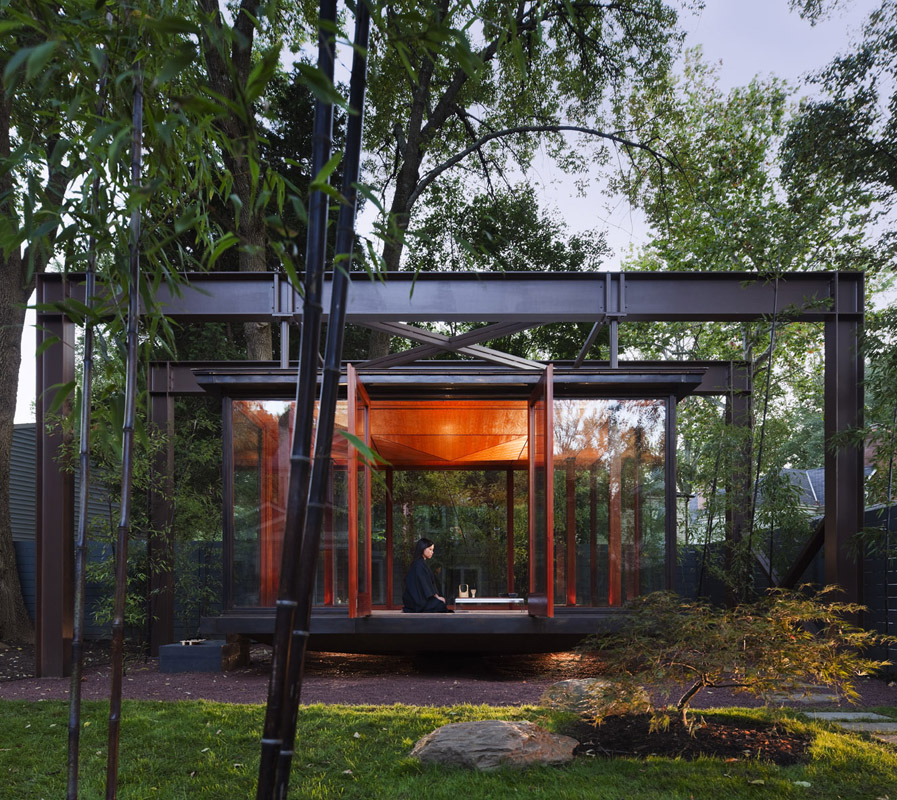 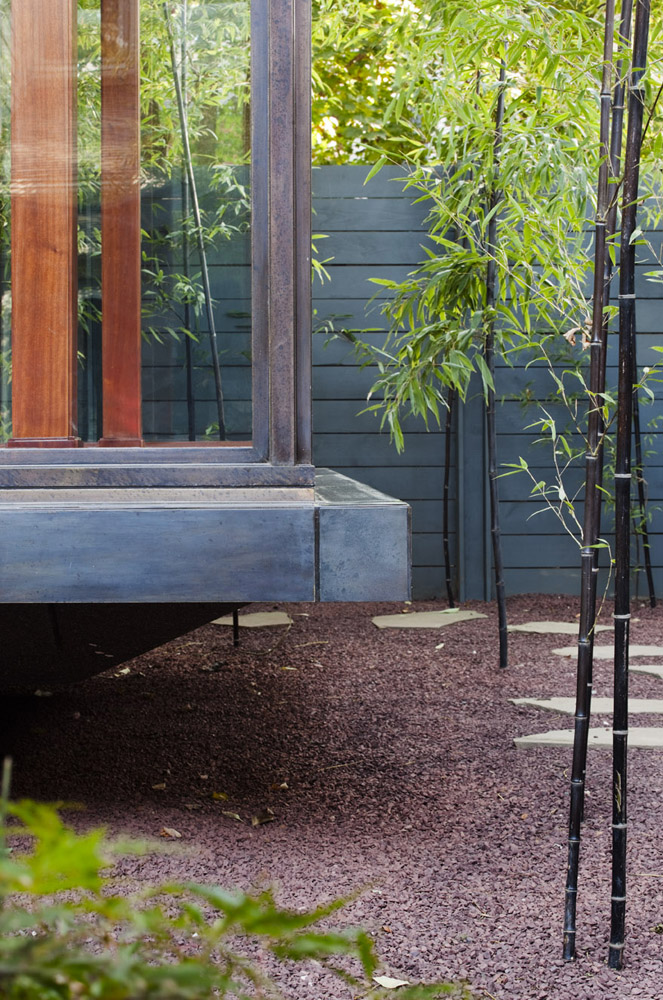 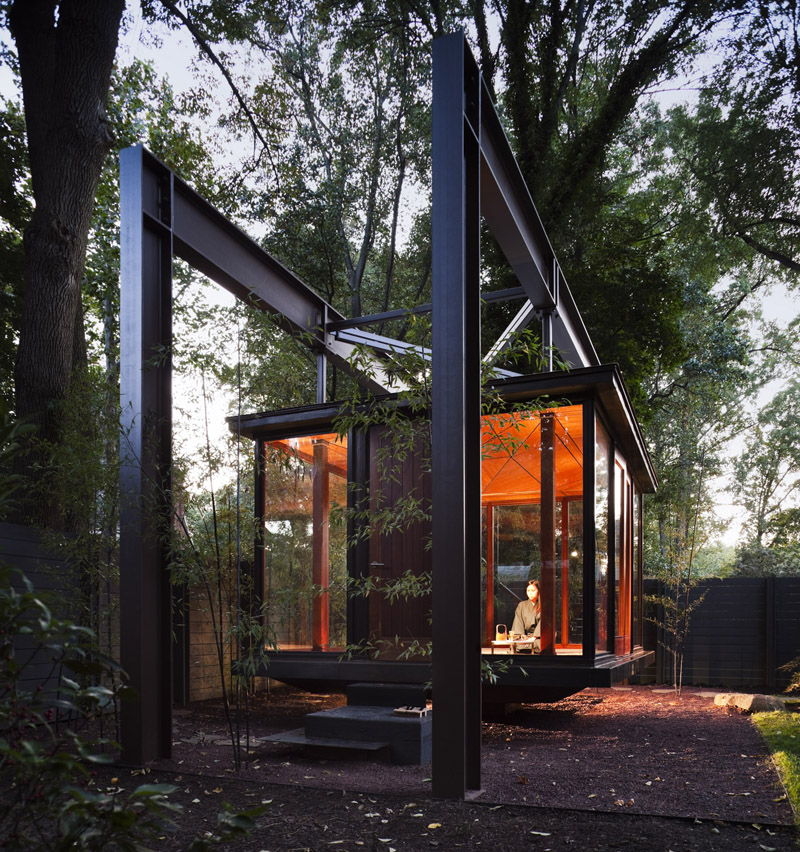 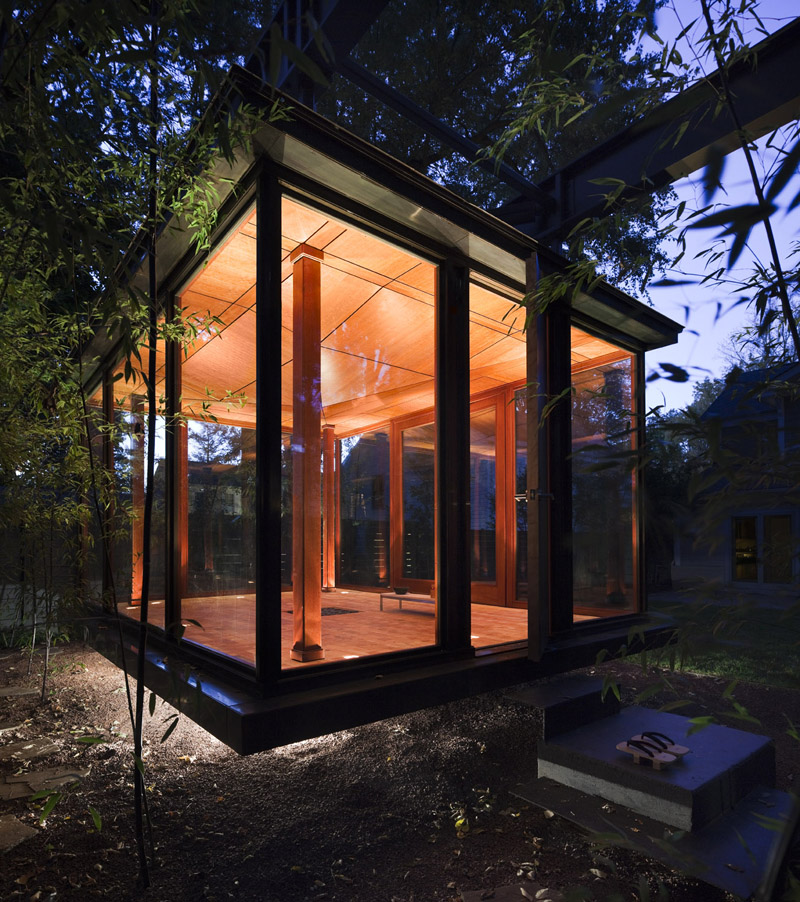 Icons in the New England Landscape

I absolutely LOVE it!

WOW!!This is very nice and unique as well. It was just so simple but there is something that hides on it. Good job!!

I wonder if it swayed with the earthquake today….
A floating tea house- appeals to the body, mind and the spirit…. almost like a hammock, but better….

The steel beams that hold up the tea house look harsh and disrupt the tranquility that they seek. Could he not have styled them, even with a facade?

Here we have the unlikely story of success and failure, based upon the tenets of Feng Shui. “My wife is a genius with...