For the Home Building on the Thaden School campus in Bentonville, Ark., architects at Eskew Dumez Ripple designed a building that explores the pedagogy of food.

They created a 34,000-square-foot kitchen, cafeteria, and dining hall where the entire academic community – faculty included – gathers for meals.

“The building is rooted in the regional aspect of food,” says Michael Mantese, marketing manager at the firm. “There’s a familial notion of sharing meals together.”

There are lessons to be learned as well. From its beginning, Thaden sought to challenge the tradition how a school building performs. “Their idea was that students would take classes in a state-of-the-art teaching kitchen,” he says. “So they’re learning by doing – they’re learning how to cook.”

It’s all rooted in the basic ideas of preparing food, but there are other aspects too – like language lessons in that kitchen – a Spanish class, for instance, with Hispanic food. Science and biology are included too, because there’s a working agricultural plot next door – with greenhouse, planter boxes, and rows of crops growing, including vegetables and fruit

“It’s a near-perfect loop,” he says. “They harvest the crops, take them into the kitchen and prep meals, and then the compost goes back to the crops.”

Thaden is a private school for grades 6–12. Its master plan was developed by Eskew Dumez Ripple, along with Marlon Blackwell Architects, Andropogon, and CMTA. Funding was provided through the Walton Family Foundation for Design Excellence.

Eskew Dumez Ripple designed the Home Building on the curated and landscaped western edge of the 32-acre campus, while Blackwell’s firm designed three more. One, on the eastern edge (“It’s a little wilder over there,” Mantese says) is Blackwell’s Bike Barn, a multifunctional building with gym. It overlooks a soccer field and a pump track for bikes.

Because the school’s founder didn’t want it to be imposing or unwelcoming, all the buildings are one story. The architecture at the Home Building uses common material and methods for uncommon results, inspired by local residential home design. “We pulled open the floor plan for the dining hall – it’s meant to be grand and warm,” he says. “It has lofty ambitions but it’s grounded and rooted still.”

The design boils down to a basic vernacular response. “There’s lots of wood – a big veil of poplar that obscures the structural system in the roof,” he says. “There are precedents students would find in their own surroundings, like an Ozark farmhouse.”

Thaden may be a private school, but a big component of it from the start was to be inclusive, with sliding scale tuition intended to bring in a diverse population. The initial idea was for it to be a school in service to the surrounding community, with special events and film screenings.

“So the architecture was meant to feel like it emanates from its place, with regional forms and vernacular ideas,” he says. “It was to be future-forward and respectful of history.”

The immediate surroundings are suburban, but it’s close to the city’s developing arts and market districts. The school is supporting them, and they support it.

Opened in 2017, the school was named in honor of Iris Louise McPhetridge Thaden (1905-1979), who was born and raised in Bentonville and was one of the great aviators of her time. Her childhood home was saved from demolition in 2017, and now serves as the school’s office of admission.

So the Home Building’s vernacular is as authentic as one of the school’s better-known themes: “They call it a campus with roots and wings,” he says. 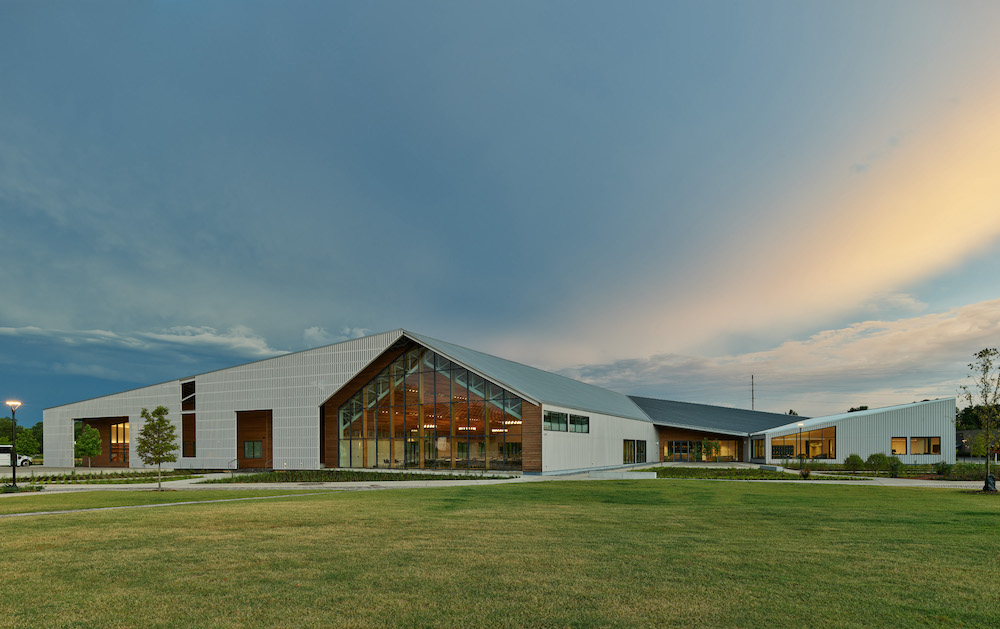 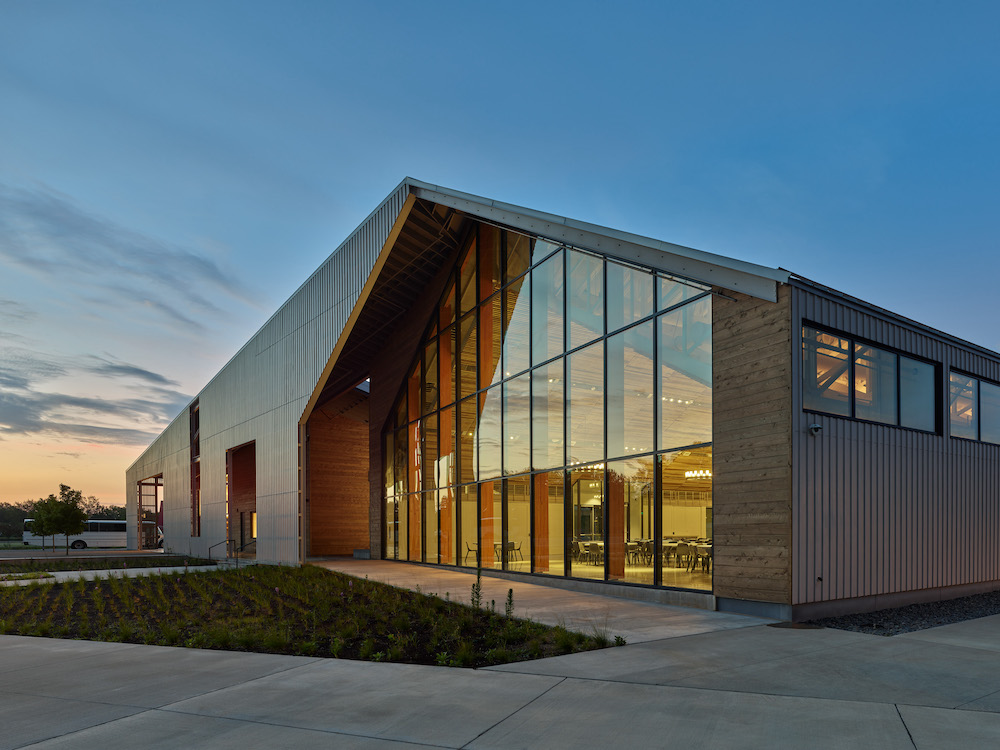 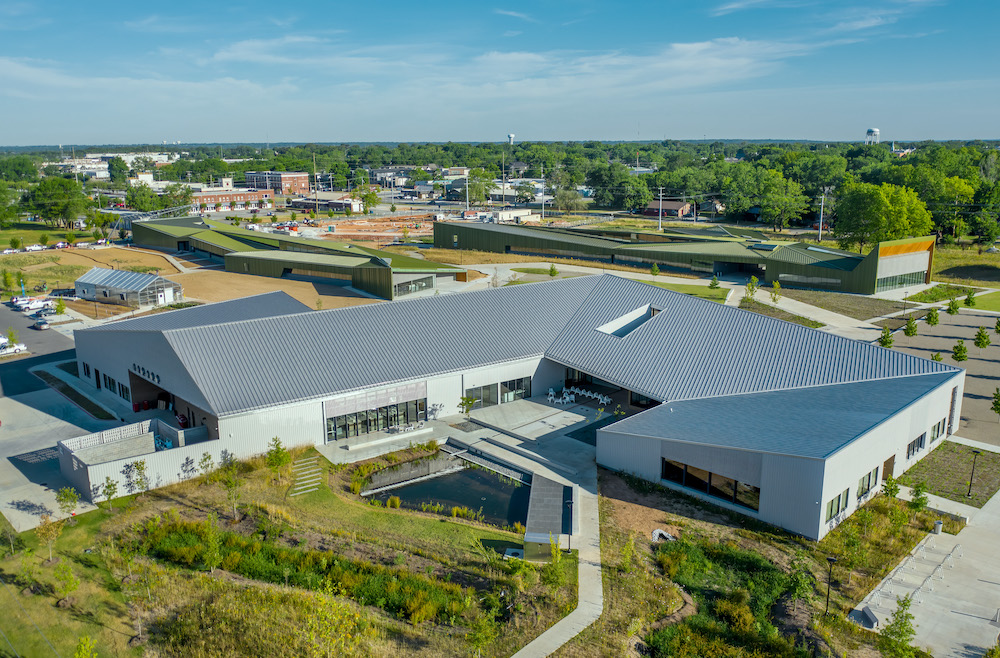 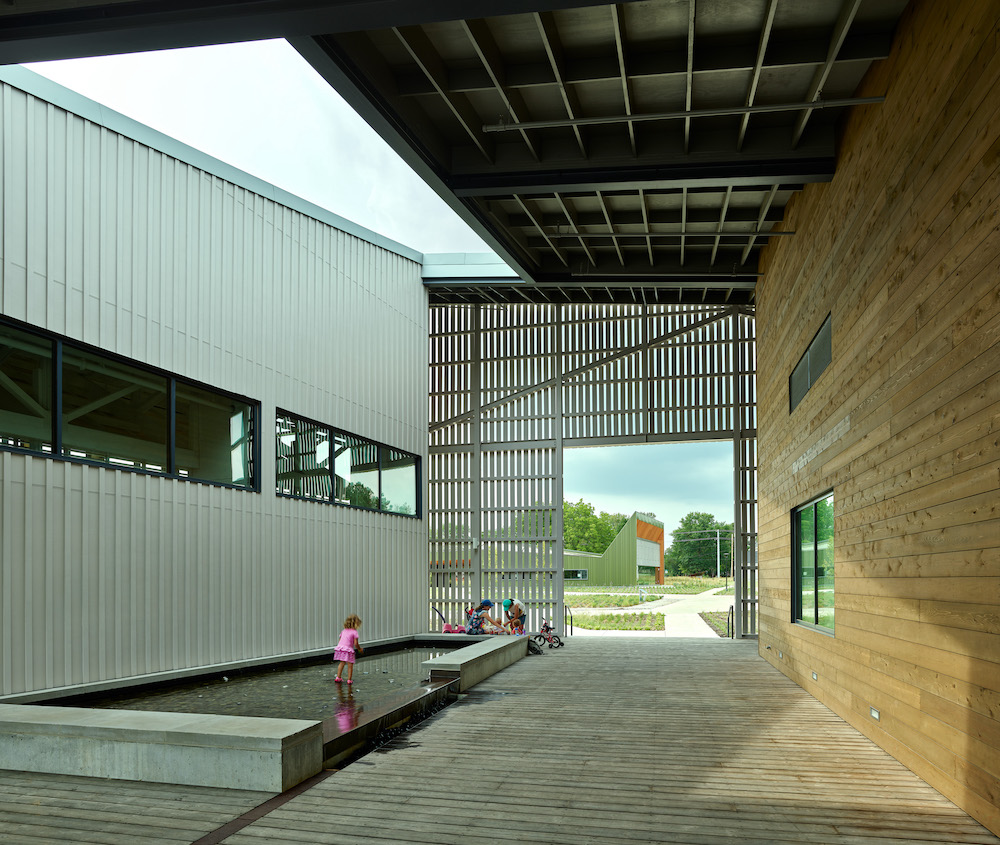 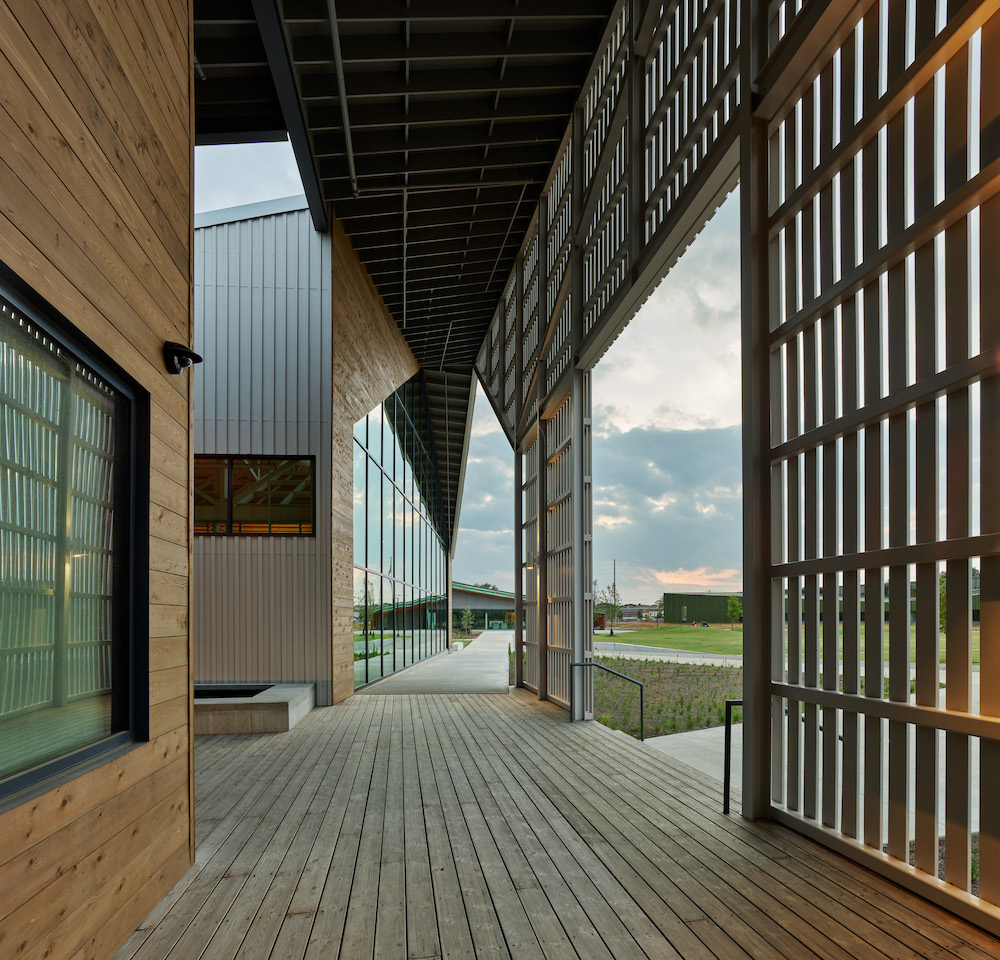 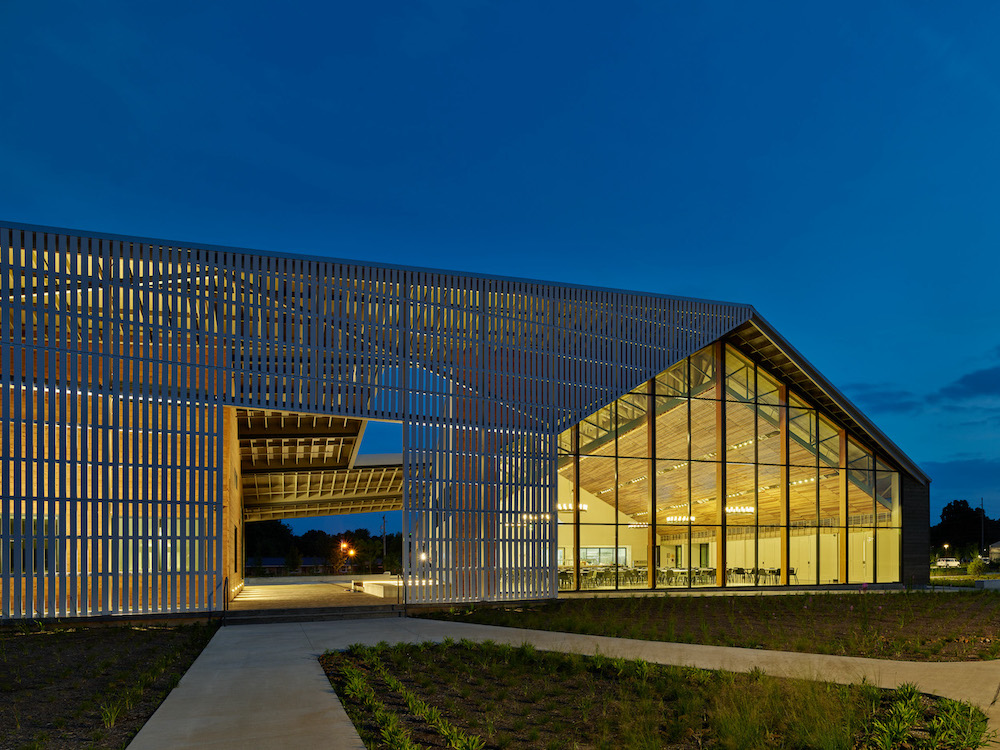 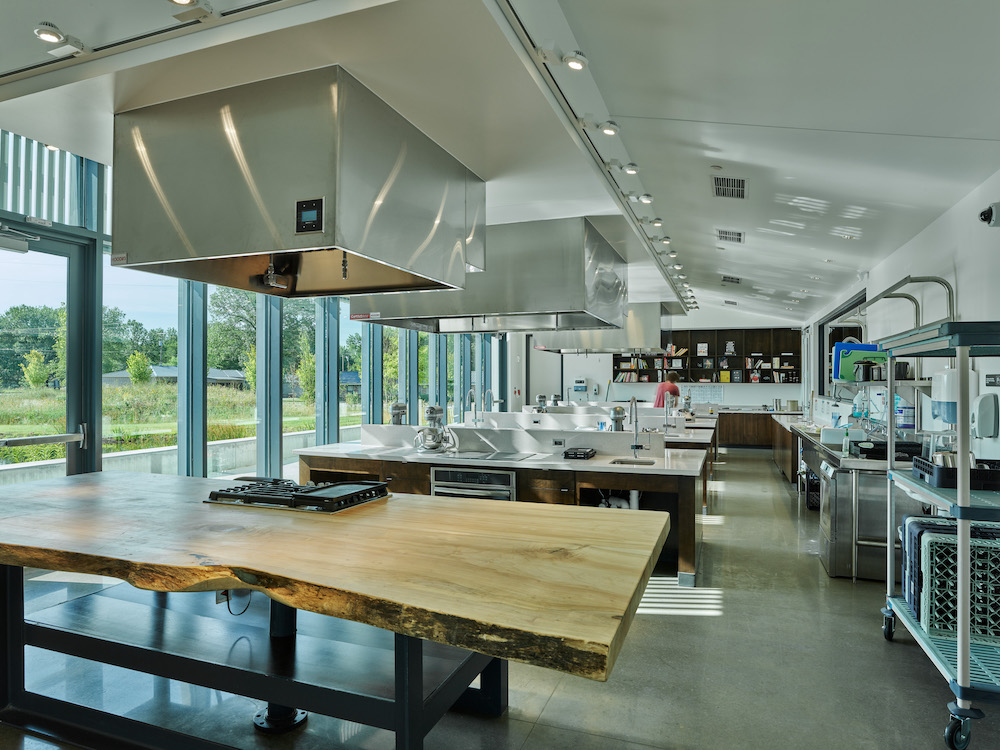 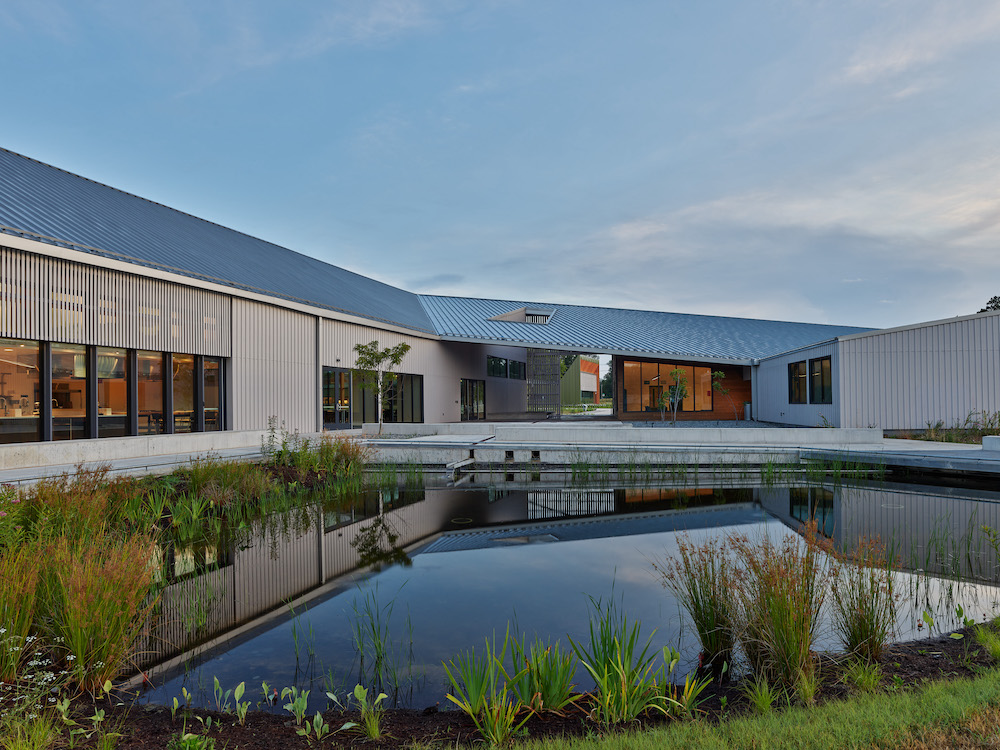 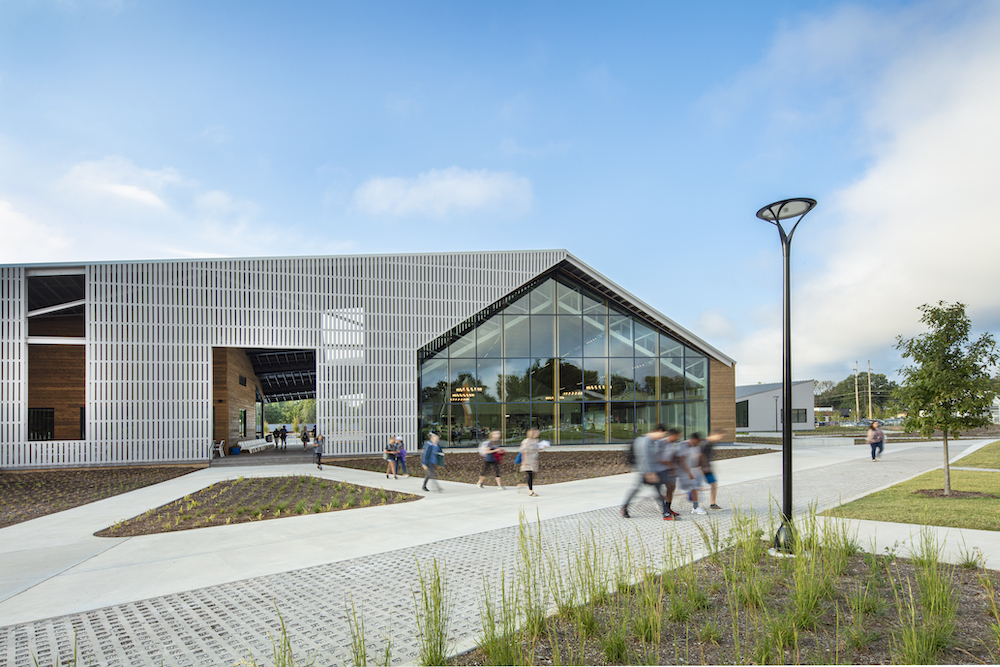 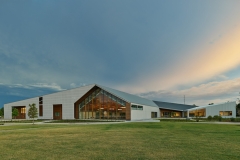 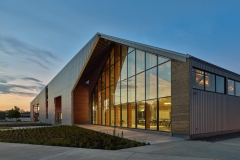 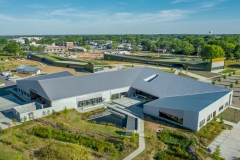 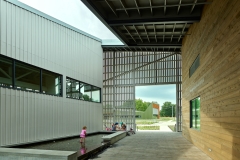 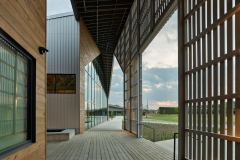 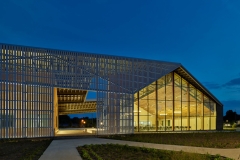 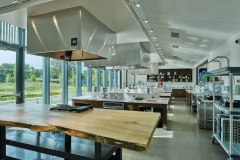 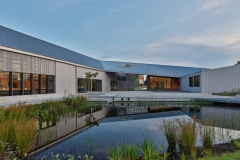 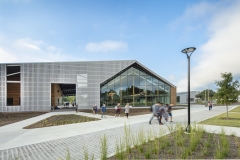 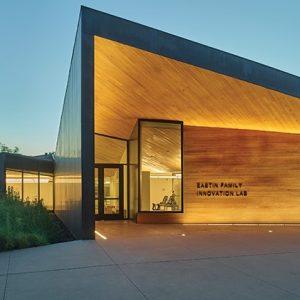 Marlon Blackwell has a new monograph out from Princeton Architectural Press, called “Radical Practice: The Work of Marlon...