Consider the functional birth of the chic and promenading elevated West Chelsea tracks now known as the High Line:

Built in 1934 from hard-core rivets and solid iron beams, it was a late industrial-era solution for moving freight safely through lower Manhattan.  Raw materials arrived on rail by the ton, found their way alongside factories and warehouses throughout the manufacturing district, and left as finished goods up to 34th Street from Gansevoort Street.

It was considered quite an improvement over the area that had preceded it.  So many accidents had occurred along the rails that intersected 10th Avenue that it earned the nickname of “Death Avenue.”  Three miles of train tracks, 30 feet above pedestrians, seemed the perfect solution at the time.

“The High Line was a very elaborate railroad spur, several miles long,” said New Yorker architecture critic Paul Goldberger, whose “New York’s High Line: Miracle over Manhattan” appears in the current issue of National Geographic magazine.  “It was connected to the train tracks on the Upper West Side.”

But by 1980, its last load of freight – three rail cars full of frozen turkeys – had roared along its rarely-used tracks.

The line at first fell quiet, then later was scheduled for demolition by the Giuliani administration.  In 1990, a group of railroad enthusiasts acquired title to it.   Their restoration initiative came up short.

By 1999, a grassroots organization had coalesced to save its remaining one-and-a-half miles of track.  Rather than viewing the High Line as a rough and worn-out hangover from Manhattan’s go-go-boom-boom manufacturing mentality, people started to look to the city of Paris for a precedent.

“It had a precedent in the Promenade Plantee,” Goldberger said.  “There was a growing interest in industrial archeology, and some people were interested in that.  Others didn’t care, but just liked the idea of industrial artifacts being preserved.  What emerged was the Friends of the High Line.”

A competition ensued, with a huge response.  “There was a sense that the group was interested in the avant-garde and the cutting edge from younger designers,” Goldberger said.  “So they made it wide open – ‘Send us your ideas, come up with a purpose,’ — and allowed a huge amount of leeway.”

In the end, the project became a collaboration between landscape architecture and urban design firm James Corner Field Operations, with architecture firm Diller Scofidio + Renfro and a number of other designers, analysts and engineers.

“It’s a new model for a new kind of public space,” Goldberger said.  “The genius of Central Park is that it’s a rustic illusion that fools you into thinking you’re in the country when you’re in the city.  The High Line is not trying to fool you at all – it’s urban and gritty all the way, and an ongoing, living part of our industrial heritage.”

It also provided a huge boost to the neighborhood.  Its tracks, now safe for pedestrians, offer everything from small town squares to a series of shifting, landscaped experiences.   And like most good parks and public spaces, it’s a centerpiece around which a huge amount of development has occurred during the past decade.

At its heart  is a one-of-a-kind perspective.  “”It’s a park in the form of an elevated promenade through the city,” said Goldberger.  “There are plantings, places to sit and views that are unlike anything else.  You’re not on the ground, but you’re not on top of the Empire State Building either.”

Photos and article are in the April 2011 issue of National Geographic magazine, on newsstands now, or at http://ngm.nationalgeographic.com/2011/04/ny-high-line/cook-photography

For more on the High Line, go to http://www.thehighline.org

For a complete list of the High Line design team, go to http://www.thehighline.org/design/design-team. 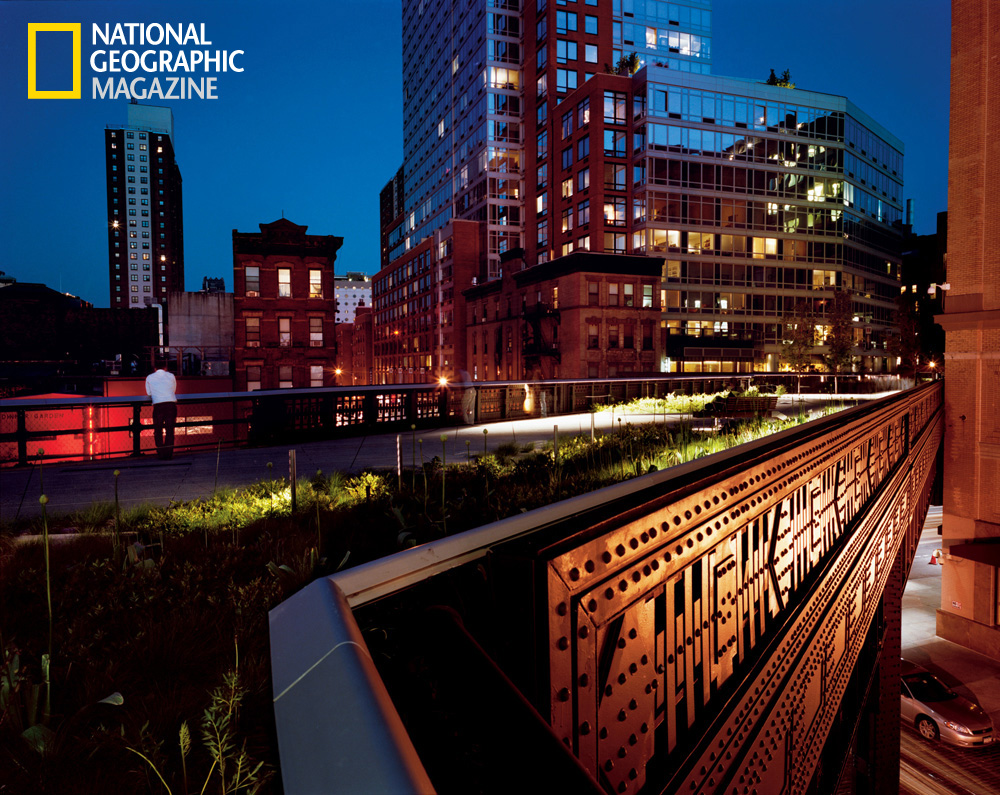 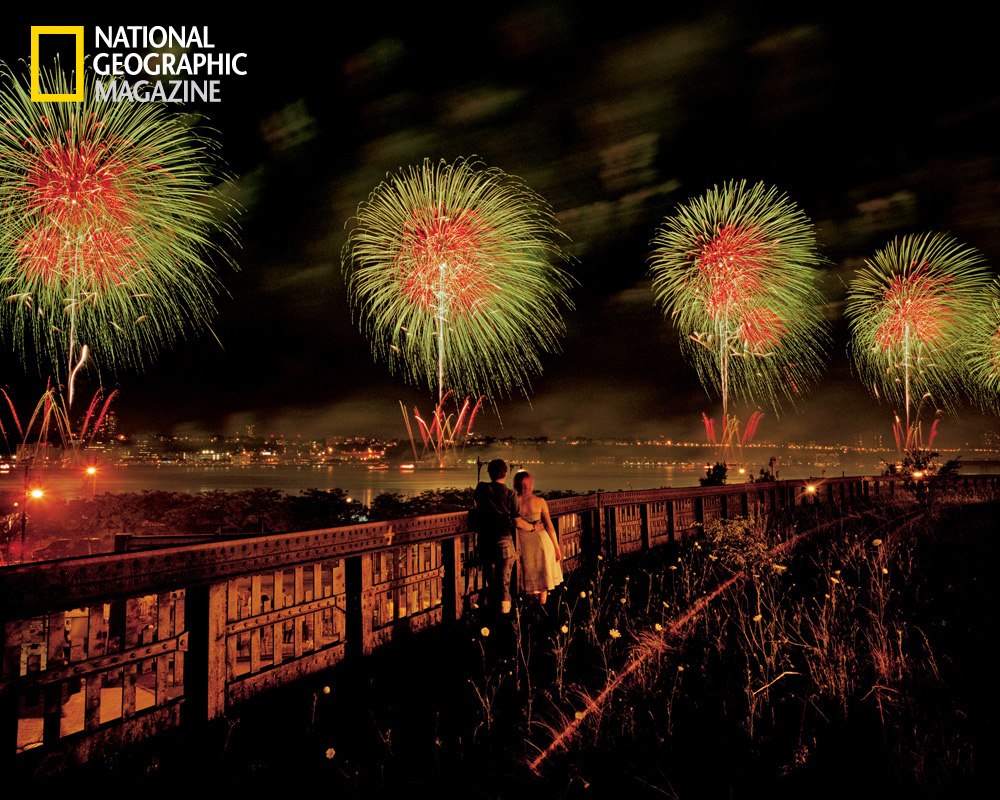 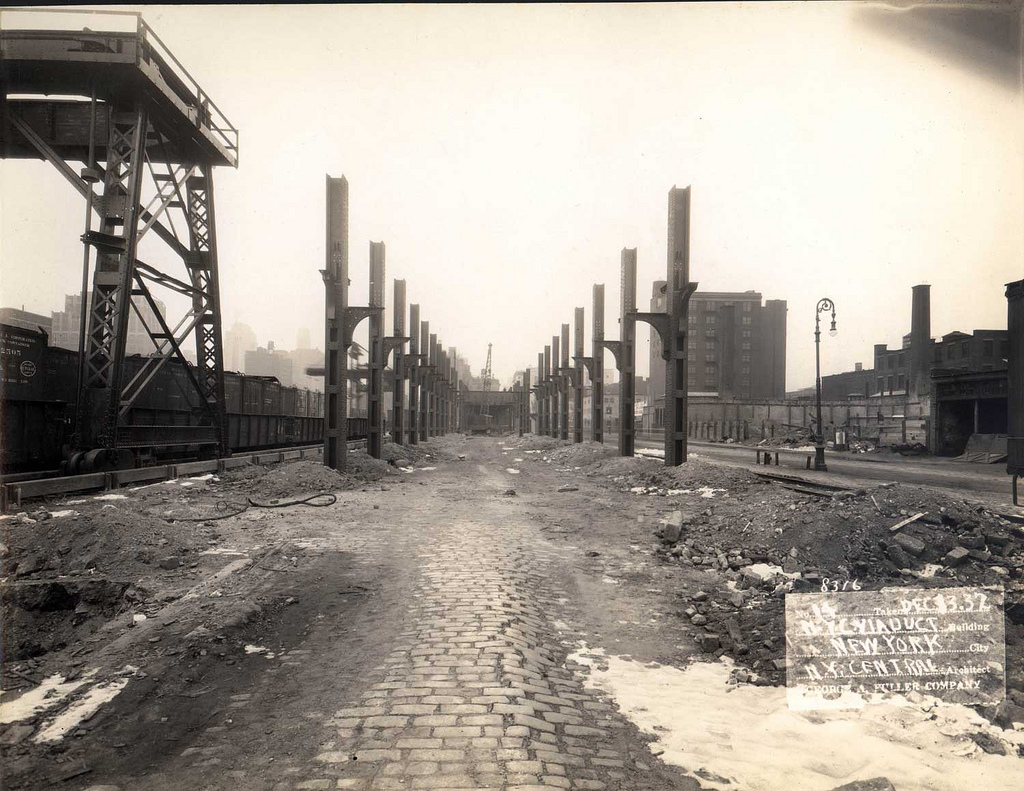 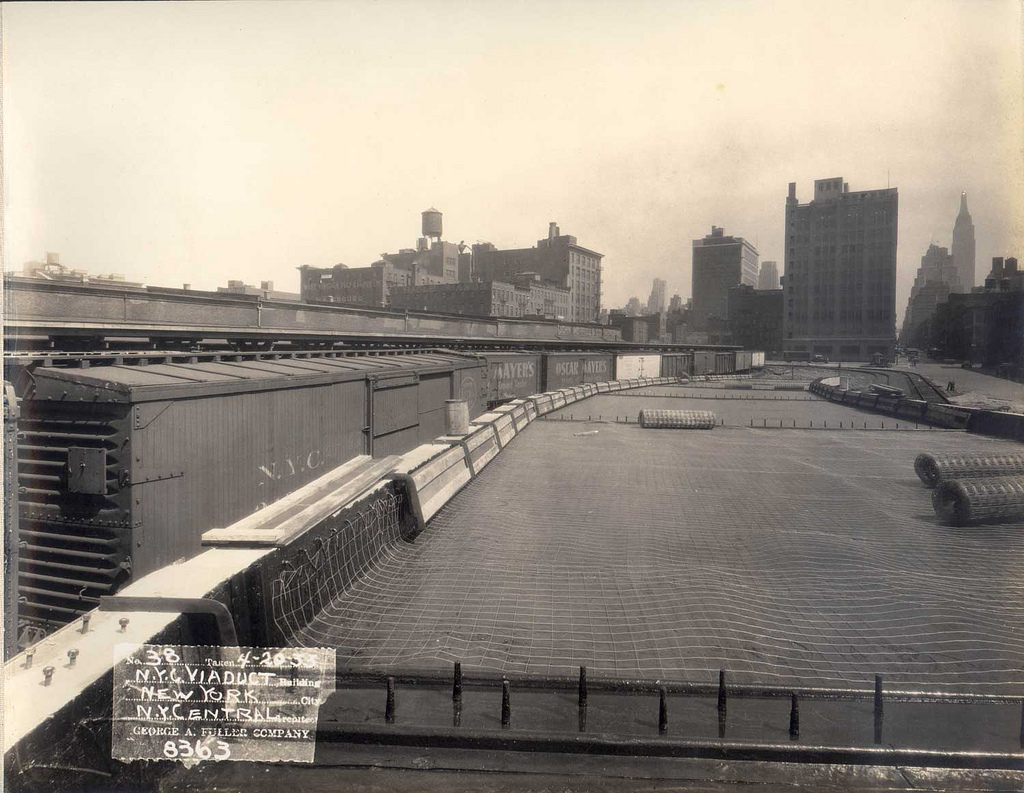 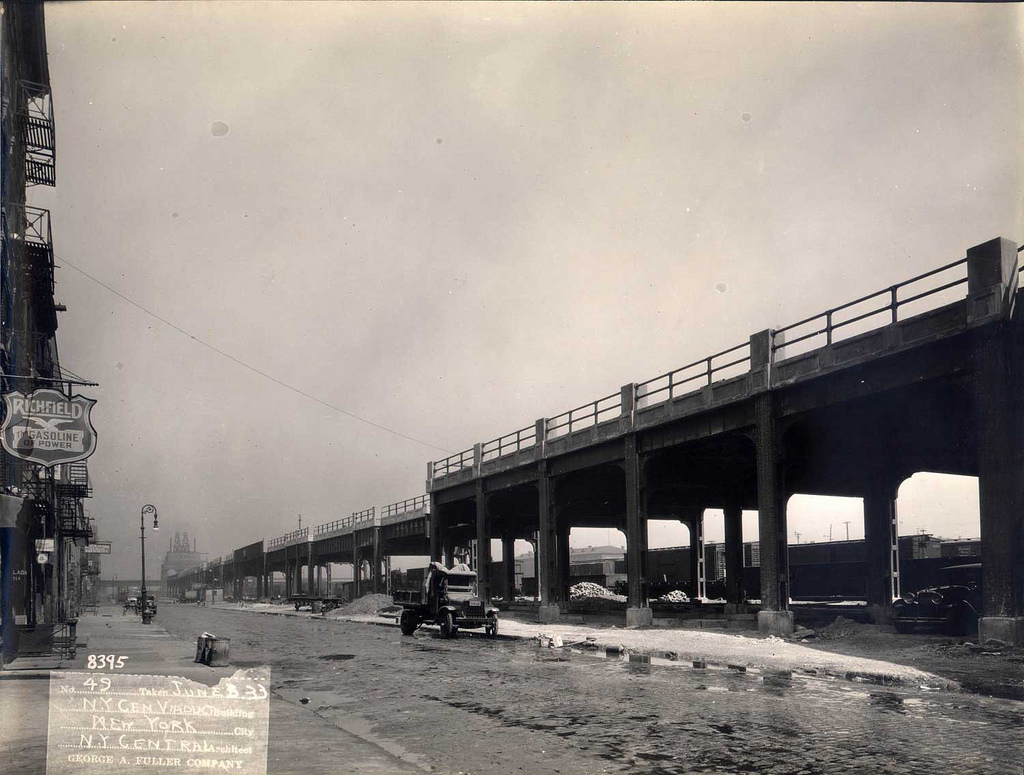 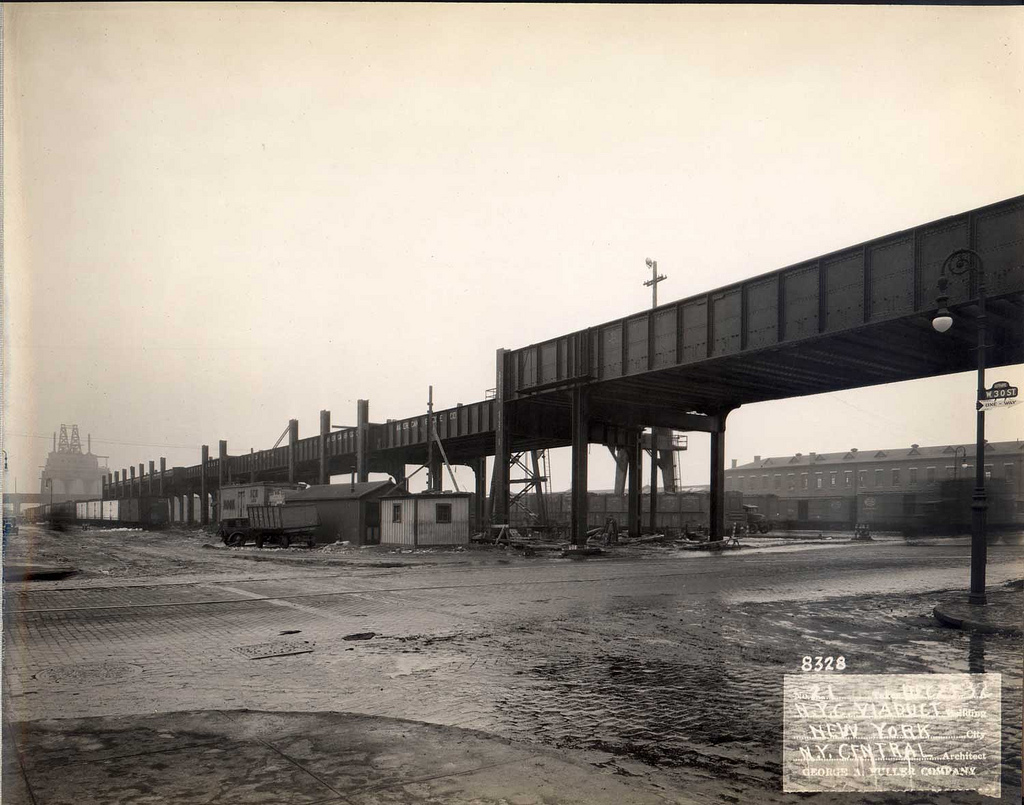 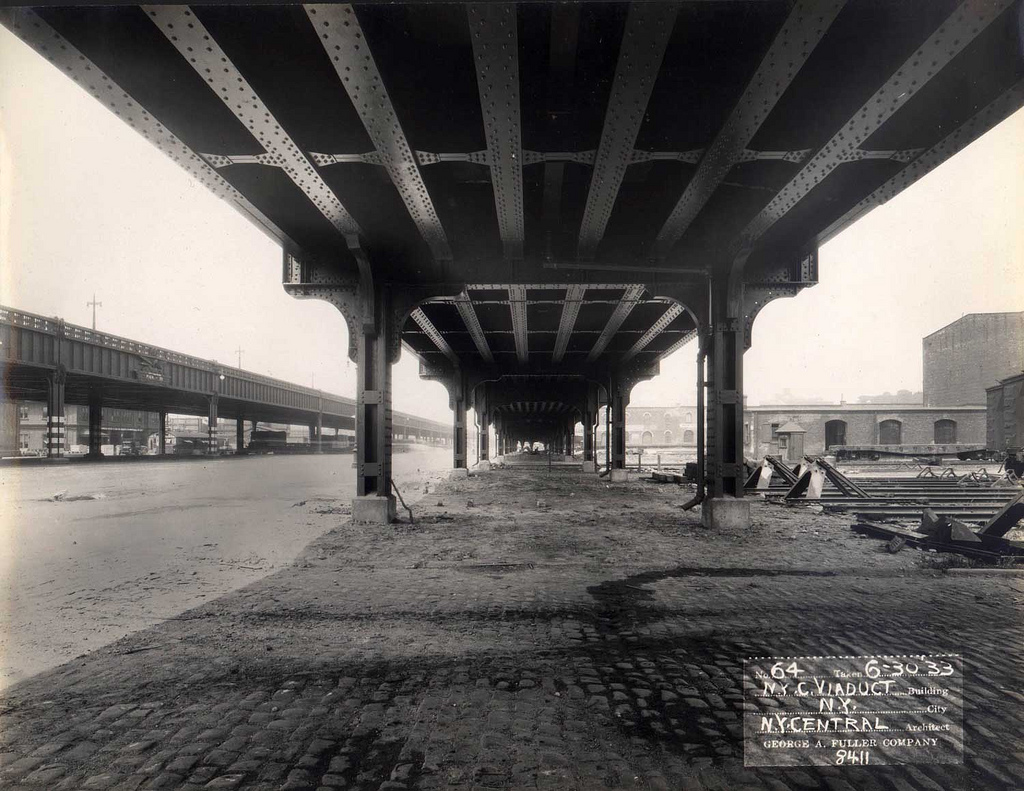 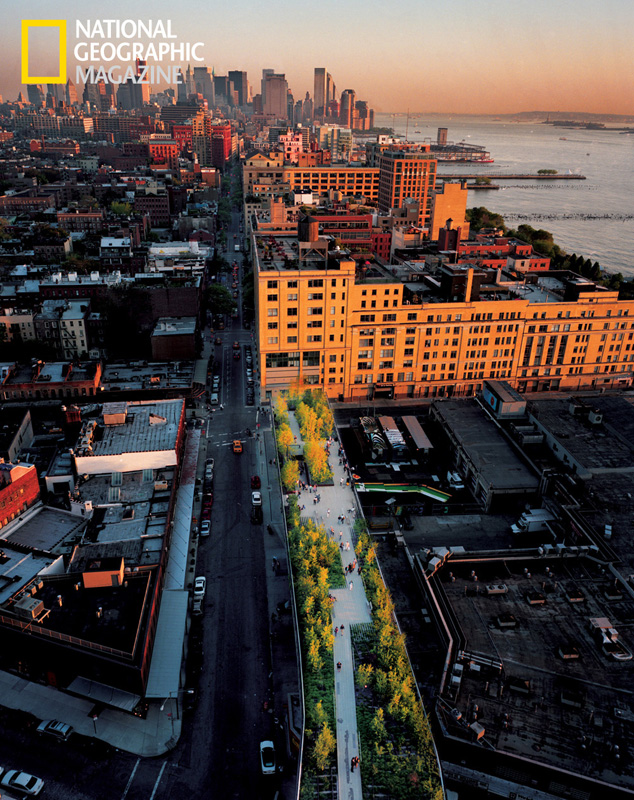 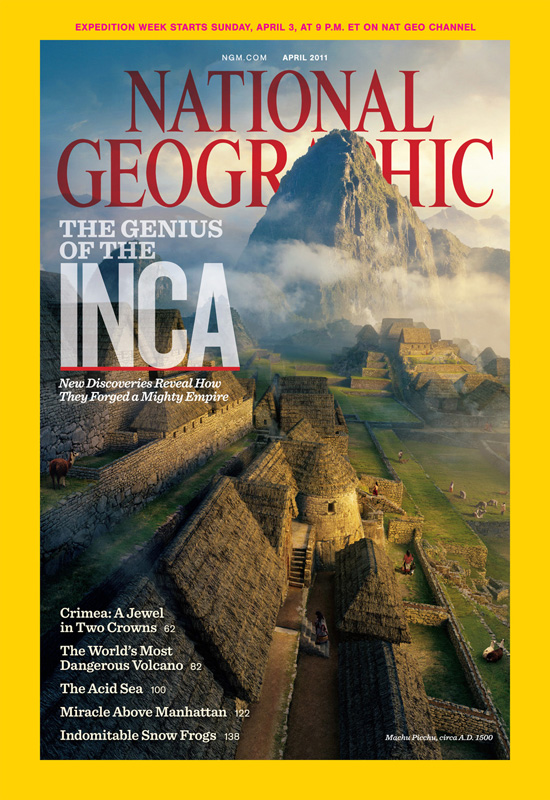 In San Diego, Clean and Modern

In Georgia, a Library that Wows

In San Diego, Clean and Modern