“The only people for me are the mad ones, the ones who are mad to live, mad to talk, mad to be saved, desirous of everything at the same time, the ones who never yawn or say a commonplace thing, but burn, burn, burn, like fabulous yellow roman candles exploding like spiders across the stars and in the middle you see the blue centerlight pop and everybody goes ‘Awww!'”

If any American writer deserves a museum and performance center in his home town, it’s Jack Kerouac, the King of the Beats.

Kerouac changed the course of American writing in 1957 with the publication of “On the Road.” It’s at once uplifting, spiritual, and nonconforming – and it’s sold millions of copies. It’s also influenced writers around the globe for the better – this one included.

Now a new organization called the Jack Kerouac Foundation has hired Solomon Corwell Buenz to design a new museum and performance center.  It’s not only to be located in Kerouac’s hometown of Lowell, Massachusetts; it also will transform his childhood Catholic  church, in the former St. Jean Baptiste Parish.

Kerouac was French Canadian and enjoyed a strong family connectivity to its church community in Lowell. “It was the family church – his mother was a devout Catholic and he stayed connected to the priest there all his life,” says Bryan Irwin, principal at SCB.

He was an altar boy there, and when he died at age 47 in 1969, his funeral mass was held there. “People think of Jack Kerouac as a standard bearer of the Beat Generation,” he says. “But there’s a line that also runs through him that’s a Catholic acceptance of people of all stripes and colors.”

SCB and Irwin are using the church, built in the late 1800s, as a found object. Sited along Merrimack Street that leads to downtown Lowell, its also on Aiken Street, which leads to UMASS Lowell. The church was deconsecrated a number of years ago, but retains much of its original glory. “When I first walked in I was blown away,” Irwin says. “It has two balconies and holds 1,200 people, and was the center of the French Canadian community.

The architects will allow access to all parts of the church – respecting the original opaque granite structure and building a transparent, glass-steel-and-brick addition that contrasts with it. ‘We got used to the idea of leaving it alone, because you can feel the patina of generations who attended this church,” he says. “It’s a quality that’s very inspiring.”

The addition starts with a pragmatic move up and down all levels. At its center is a grand white stairway that contrasts with the gray granite of the church. “It’s similar to his writing with point-counter-point in stating the extremes,” he says.

The architects wanted an addition that forces engagement with the user. “You have to go up those stairs and move,” he says. “But in the church, you stand there in awe, with everything revealed at once.

Then there’s the idea of compression and expansion, with tight spaces and they get bigger as visitors move around. “It’s like Kerouac’s writing: Get out there in the world,” he says.

As for the performance center, Irwin says there are plenty of people who appreciate Kerouac’s poetry, so there’s an interest there for songwriting and performances. The rectory is planned to be converted to a hotel, and a bookshop and café will be added to the church courtyard, activating it with the neighborhood.

Kerouac’s writing, letters, and memorabilia are scattered around the world, but the newly formed Jack Kerouac foundation believes that if it can get this project off the ground, much of his work will return to his home town.

To donate and make this project a reality, go here. 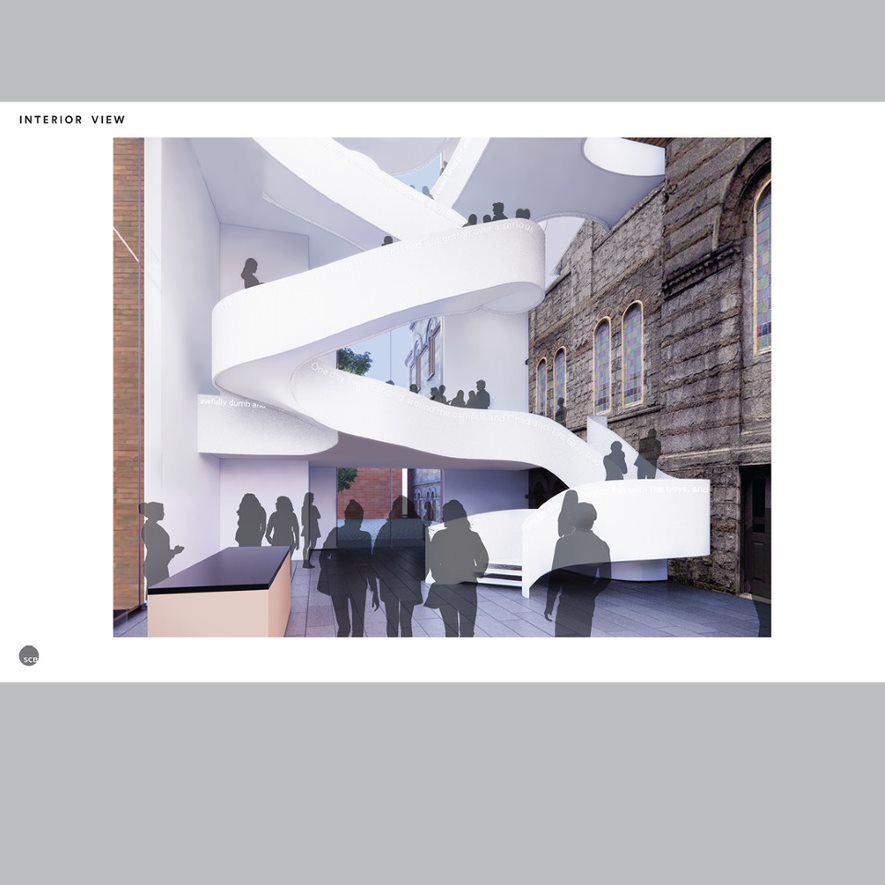 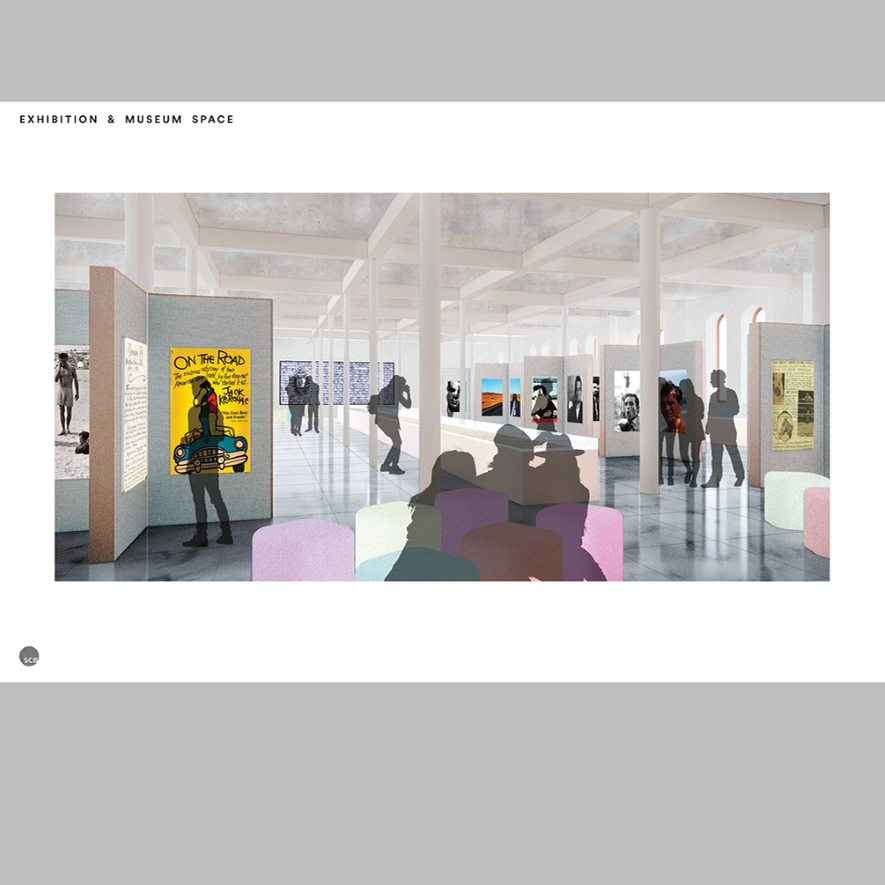 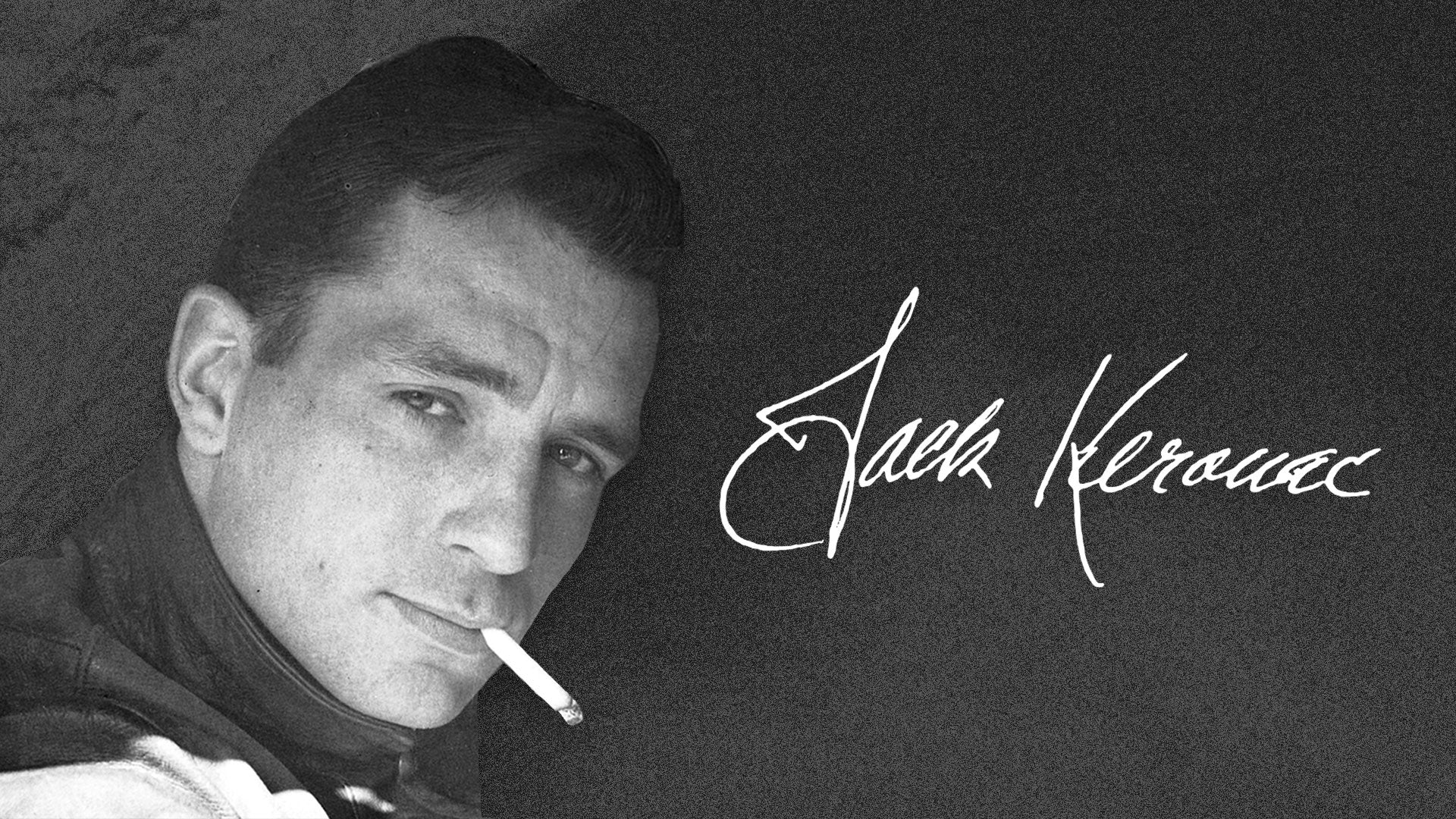 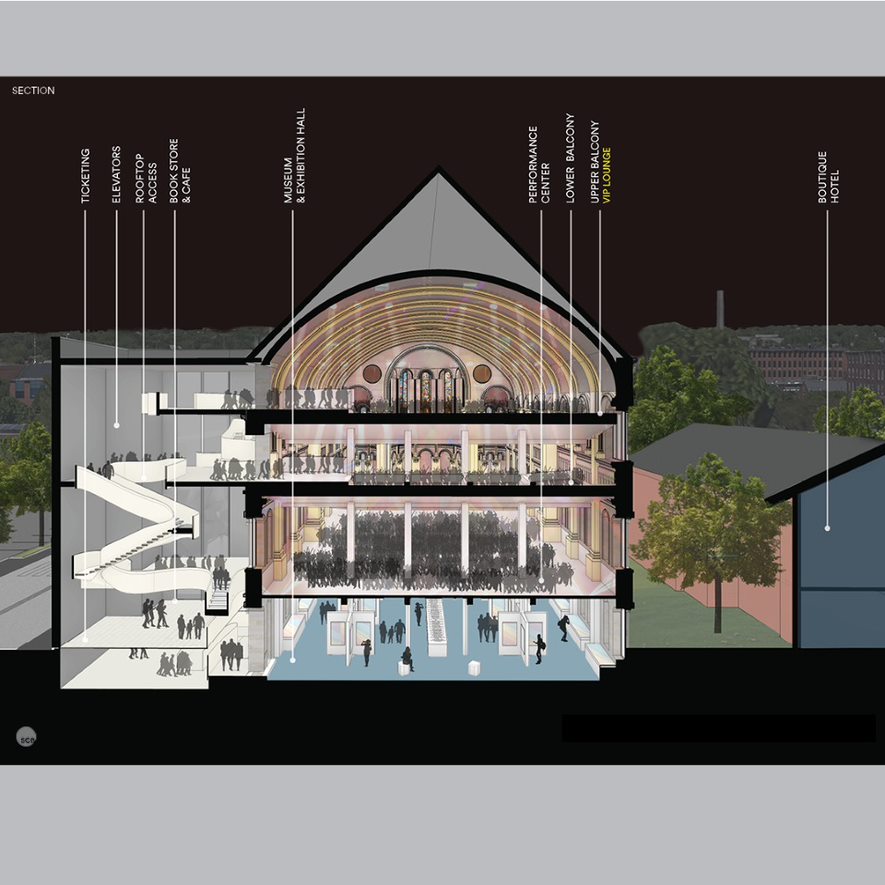 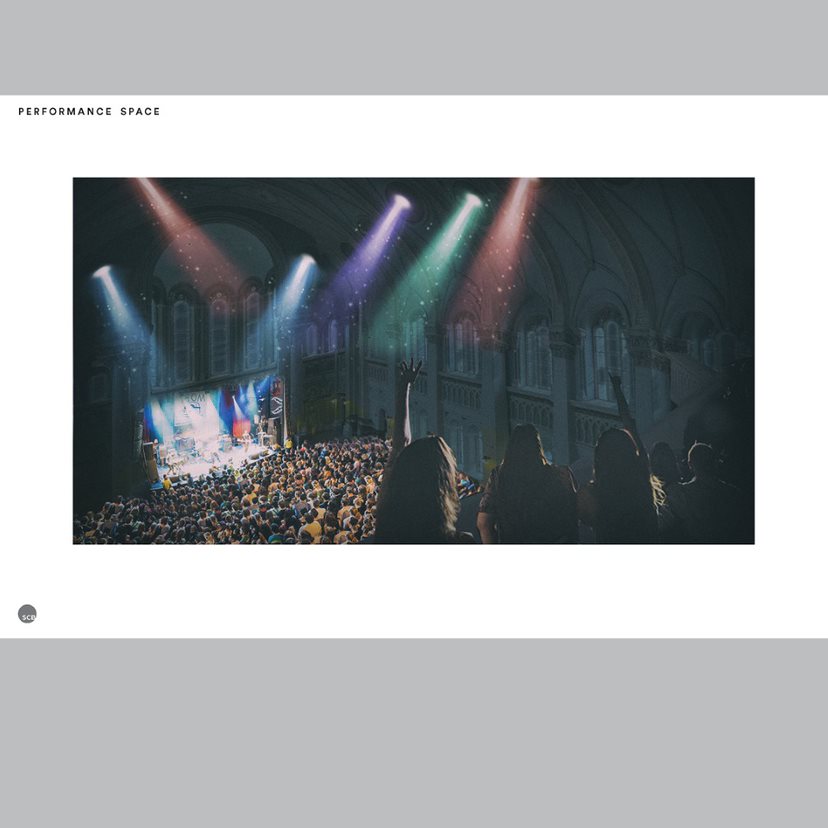 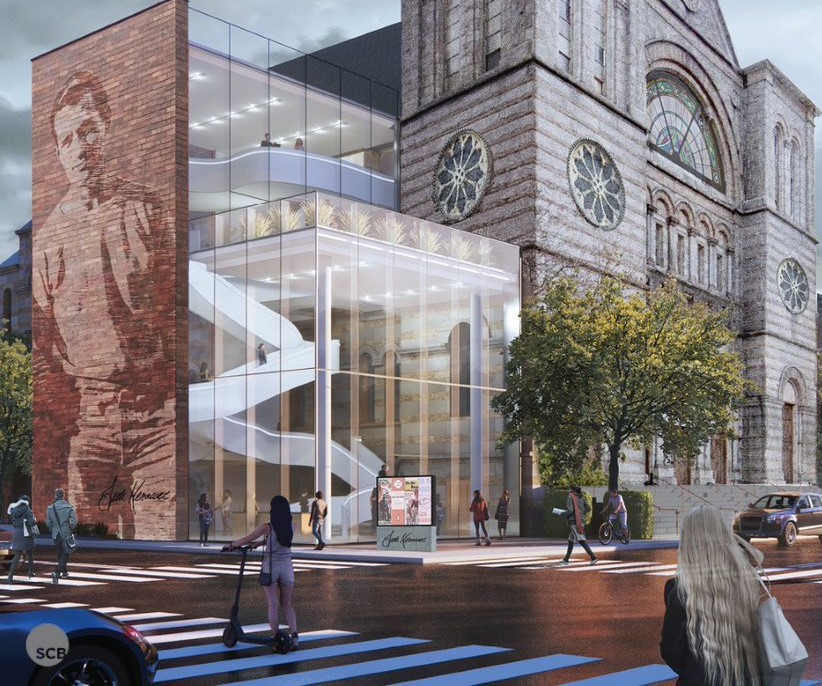 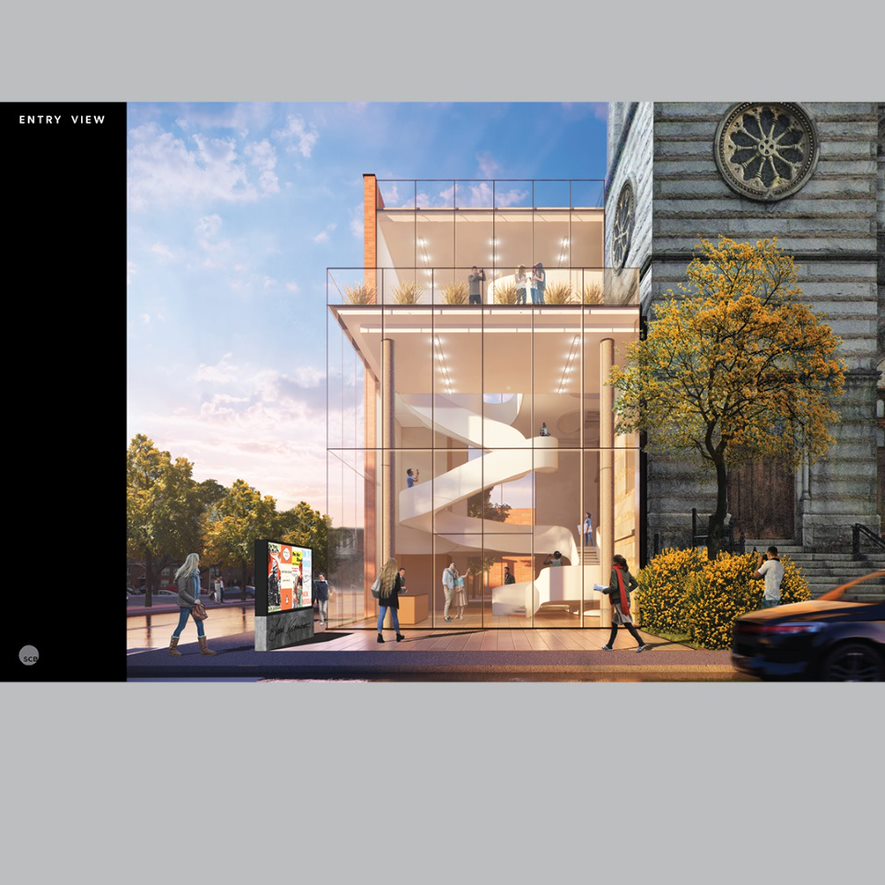 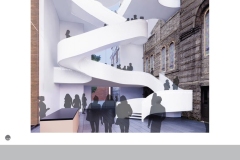 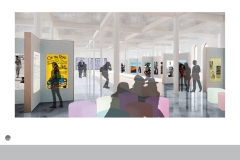 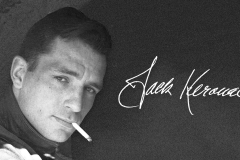 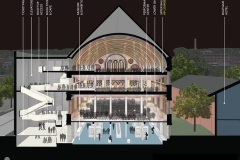 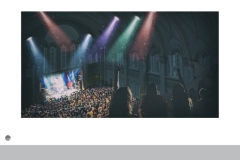 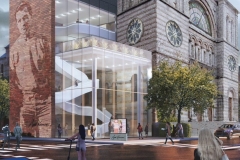 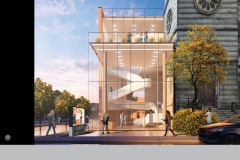 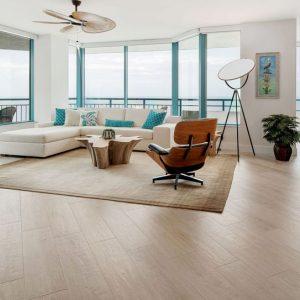 On Wednesday, the online edition of Ocean Home magazine published a feature article I wrote on the conversion of a Clearwater...