In St. Clare, his home parish in Staten Island, a priest asked Businelli to take a hard look at 3,500 square feet on the ground floor of a 1975 building.  “It was an area that hadn’t changed in 30 years,” he said.  “I looked at it and told them that it was a fire trap.  The priest said: ‘Let’s renovate – Let’s really kick it up so it’s fun and geared toward the kids.’”

Businelli consulted with Steve Perella, an architect and theorist at Columbia, and the author of an essay on“hypersurfaces.”  “It’s about what architecture can do beyond defining a space,” Businelli said.  “We animated the walls.”

Where angles of the walls change, the idea of movement occurs.  Eye level horizons are at about three feet, six inches.  The architect relied on a lot of built-ins like cubbies for books, mittens and coats, inserting them into the walls

And he used color – lots of it.  “We put colored Plexiglas in the windows, with the colors of the rainbow – all the primary colors and the shades in between too,” he said.  “We wanted the students to learn the names of the colors.”

The lessons start in the lobby, where warm colours in windows are matched by colored tiles of the same hue in a 30-foot-long stripe running across floors, then matched by laminates on walls.  Tones move from warm to cool, depending on a space’s function, with coolest colors in the classroom, where religious education takes place.  “What we know about color is that warm tones represent secular functions, and that cool represents spiritual functions,” he said.

In the art room, the architect scattered multi-colored tiles across the floor, and instructed contractors to install them where they landed.

His intent was to educate the students and make every occupant of the building feel like they were in an exciting, inviting environment.  “The kids who know the colors of the rainbow will recite them to their parents – it’s fascinating to watch,” he said.

For another center operated by the FasTracKids franchise, Businelli used corporate colors of blue and yellow in 300-square-foot classroom for students learning the sciences, and even construction.

“We cut a hole in the wall so that theycould see its makeup – with studs, nails and sheetrock,” he said.  “Then we hung Plexiglas in the ceiling grid for two reasons: to keep costs down, and so they can see how the heating and air conditioning work.

“We kicked it up and used it as an educational tool,” he said.

For more on David Businelli and Studio 16, go to http://s16a.com/index.html 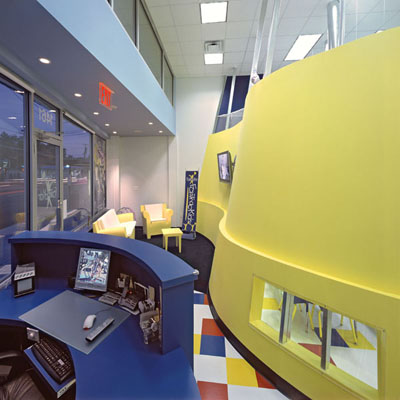 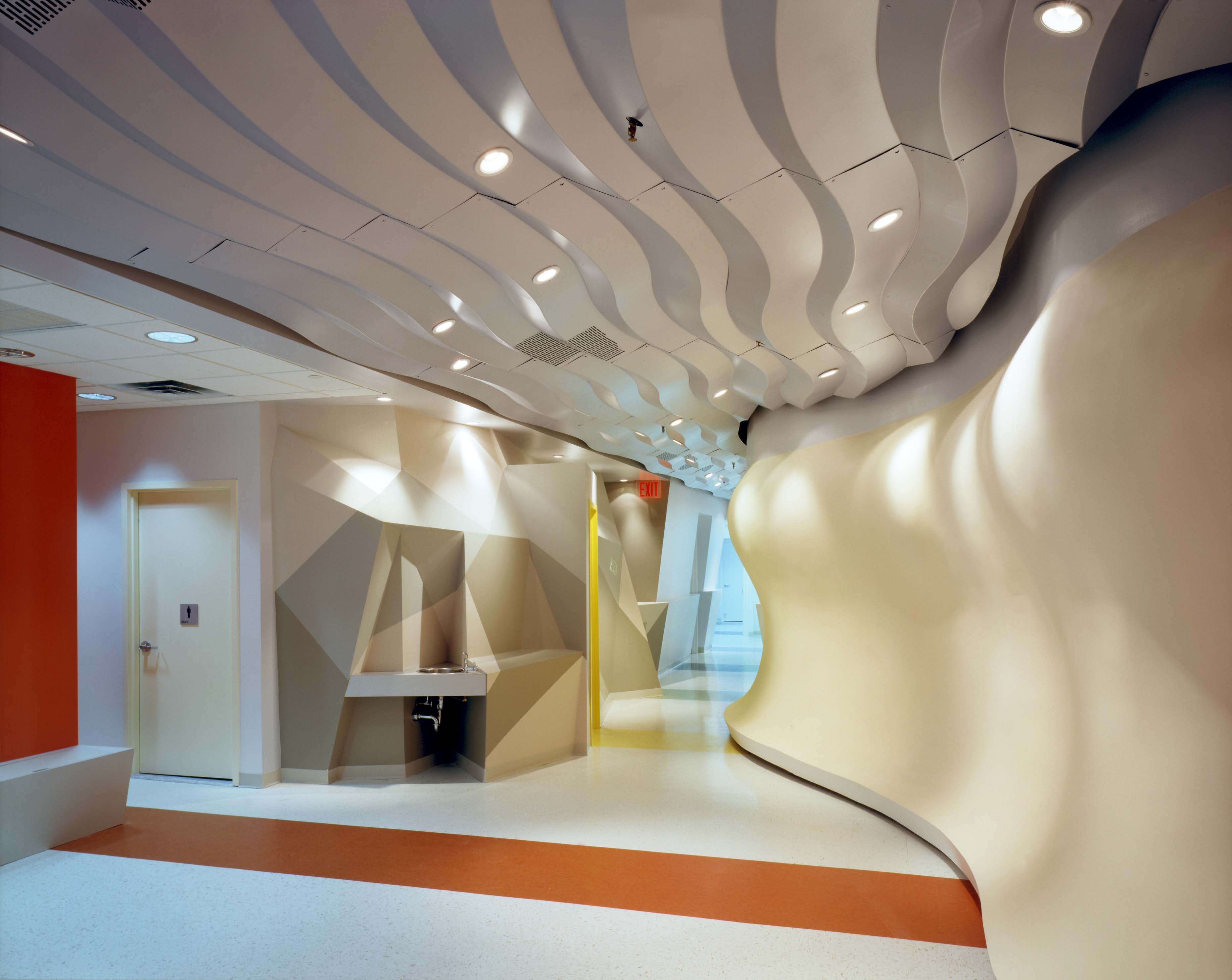 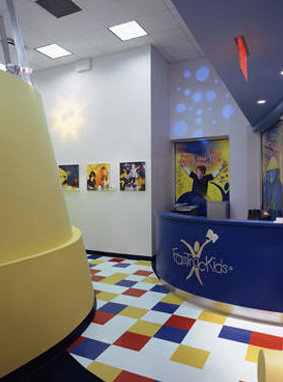 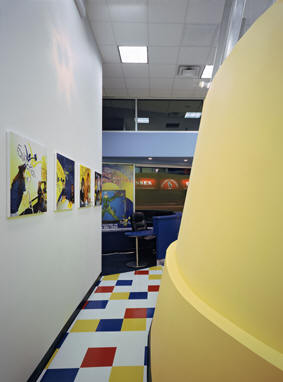 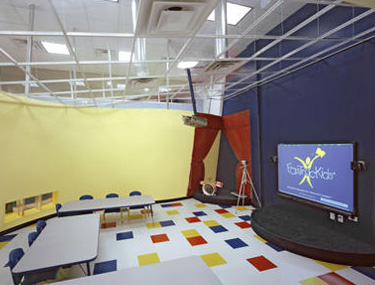 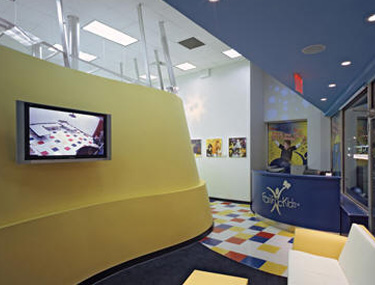 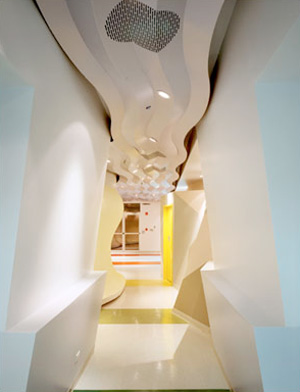 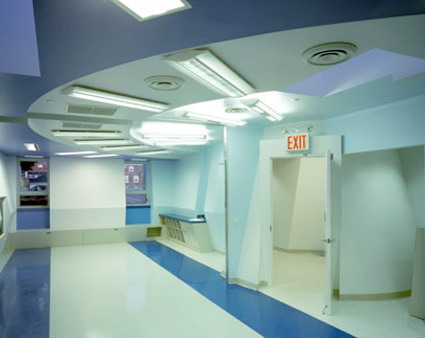 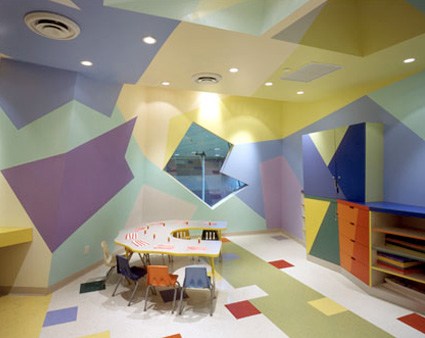 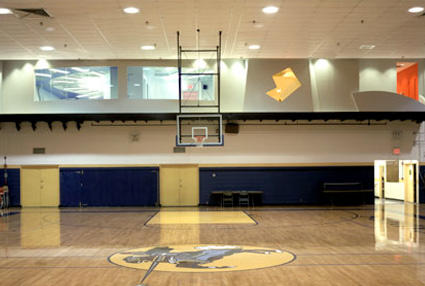 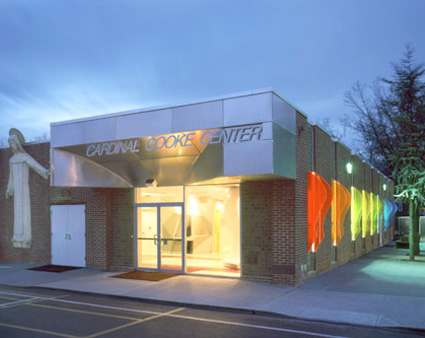 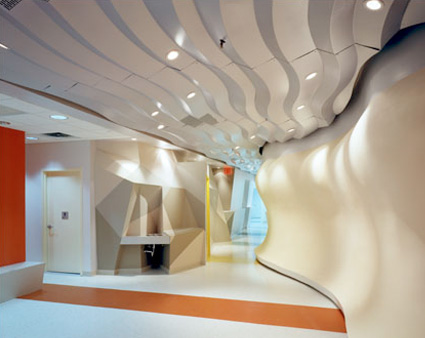 This is crazy good… What kid wouldn’t want to go here every day. Nice Nice work!
Thanks for sharing

For more than 40 years, the German news magazine Der Spiegel has been located in Brandstwiete, Hamburg, in a building characterized...