A leading authority on historic buildings in the Cayman Islands and the Caribbean, John Doak is also an author of articles for local and international publications. In 2013, his work in architectural preservation was recognized by Queen Elizabeth II with a Cayman Islands Certificate and Badge of Honour. A selection of his drawings, artwork and buildings appears throughout his new book “Cayman Style.” A+A recently interviewed him via email:

I continue to serve on various Cayman Islands government boards, including the National Gallery of the Cayman Islands, National Cultural Foundation, National Museum, National Trust and the Historic Building Committee. In 2019 I received the Cayman Islands Governor’s Award for Design Excellence for “Pinkie” and “Driftwood,” two exemplary buildings for a sustainable future and for the preservation of Caymanian Culture.

I graduated from the Mackintosh School of Architecture, Glasgow in 1979, the same year that I arrived in the Cayman Islands. I joined OBM International, a leading firm with offices throughout the Caribbean, where I held the position of International Director of Design and MD of the Cayman Office, until December 2000.

In January 2001 I formed my own firm, Cayman Style (now known as John Doak Architecture), where I lead a team with an energy and informed opinion gained from over 40 years of project design and management in the Caribbean and Cayman Islands. My work has been recognized through local and international awards programs and appears in architectural publications and online media.

Why don’t we review the new book’s introduction here:

“If architects are to continue to do useful work on this planet, then surely their proper concern must be the creation of place – the ordered imposition of man’s self on specific locations across the facet of the earth. To make a place is to make a domain that helps people know where they are and, by extension, know who they are.”

I first read the above quotation as a student at the Mackintosh School of Architecture, Glasgow, little knowing that in 1979, shortly following my graduation, I would find myself in the Cayman Islands, a group of three tropical islands in the Caribbean Sea, far and different from my native Scotland. Having committed the words to memory, I am constantly reminded that my work as an architect in these islands should respect the heritage, the culture, and that uniqueness which is Caymanian.

The Cayman Islands media has popularized traditional Caymanian architecture as a 19th-century, zinc-roofed, pastel-painted, wood-boarded cabin-dwelling with louvred shutters and a fretworked porch, all idyllically set in a raked-sand, picket-fenced yard fringed with radiantly flowering hibiscus, periwinkle, and bougainvillea. Many visitors to the islands have adopted the term “Cayman Style” to describe this imagery.

It is a romanticized view view that is further endorsed by official tourism brochures and the postcards of the Cayman Islands, but it is an image which might rightfully apply to many other British West Indian and Caribbean islands. Is there something about the older buildings of the Cayman Islands that makes them uniquely Caymanian in some way?

Since arriving in Cayman in 1979, I have resolved to find an answer to this question. It has been an extraordinary and fulfilling journey spanning forty-plus years. During this time, having have taken and processed rolls of photographs, accumulated boxes of slides, and more recently digital pics of buildings and places now gone – destroyed by hurricanes, under construction, or recently built structures – to visually explain these beloved Cayman Islands. I’ve filled sketchbooks, delved in the National Archive, Museum and Libraries, googled and researched colonial records, as well as history books and magazine articles.

In 1984 Brian Uzzell of Cayman Free Press kindly allowed me space in his Friday editions of the Caymanian Compass newspaper to include what became the first draft of “Cayman Style”.

In 1994 the earliest transcripts of this book received recognition from USICOMOS and American Express, when “Cayman Style” received the 1994 Caribbean Preservation Award.

In 2014, encouraged by the anniversary of my sixtieth birthday, the project was well past due to be published.

In 2019, the anniversary of my fortieth year in the Cayman Islands, I created the final draft with a view to having it published for Christmas 2020. From February to June of 2020 we were locked down due to the pandemic, during which time I committed my time to finish the text, drawings and formatting, working remotely from home with photographer Martyn Poynor and book designer Damon Hardie.

The first book came out during Christmas week 2020 – much to my relief.

How do you define ‘Cayman Style’?

Cayman’s building heritage broadly follows that of the rest of the Caribbean from the late 17th century, being a combination of Creole and European influences which some academics describe as “Caribbean Colonial”. Caymanians spent much of their lives at sea, whether turtling or with the merchant navies all over the world where they adopted influences that were then adapted to the islands’ climate, materials, and skillsets of the islanders. The Wattle and Daub Cottage is Cayman’s indigenous dwelling which was entirely framed from the ironwood forests that grew across the islands. Walls were formed by woven cabbagewood wattles and then plastered with coral daub. Thatch roofs were formed by silver-thatch palm, an artform and craft that is now being resurrected. With no natural stone resources or quarries, Cayman’s historic structures are almost entirely wood-framed and finished, which sadly means there are very very few examples that survive to this day, due to hurricanes, insect infestation, and general disrepair. Our singular historic edifice is known as Pedro St James Castle, whose core structure was built in the mid-1700s from random rubble, and then enveloped with mahogany-framed verandas and balconies.

Cayman provided an unlimited resource of sea turtles for the British Navies stationed at Port Royal, Jamaica and who patrolled the region. After Cromwell’s invasion in 1655, a sugar-cane plantocracy developed, with Cayman being governed from Kingston as a dependency of Great Britain. Cayman remains loyal to Her Majesty Queen Elizabeth II today, as one of the UK’s last Commonwealth countries.

How has your architecture evolved over the years?

John Doak Architecture is dedicated to a design philosophy that represents this islands’ culture and heritage, and we produce architecture that is “of this place Cayman”. This does not mean we perpetuate an historic style but rather we provide solutions that respect our islands’ environmental influences, culture, construction methods and self sustainability/carbon footprint. In an island that is a global offshore financial center and where we have 141 different nationalities living together, that core philosophy is becoming increasingly provoked with offshore influences.

But don’t we architects love to create solutions for those challenges? 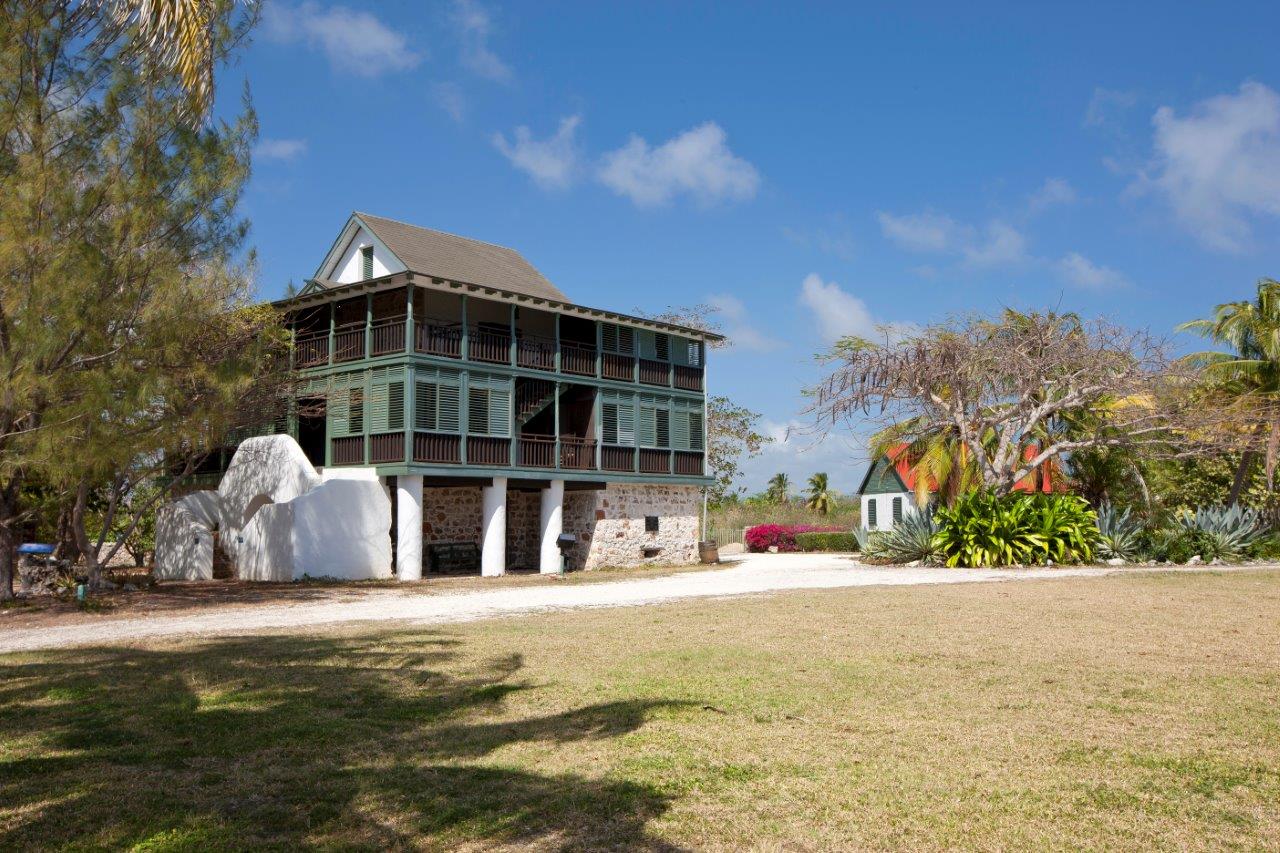 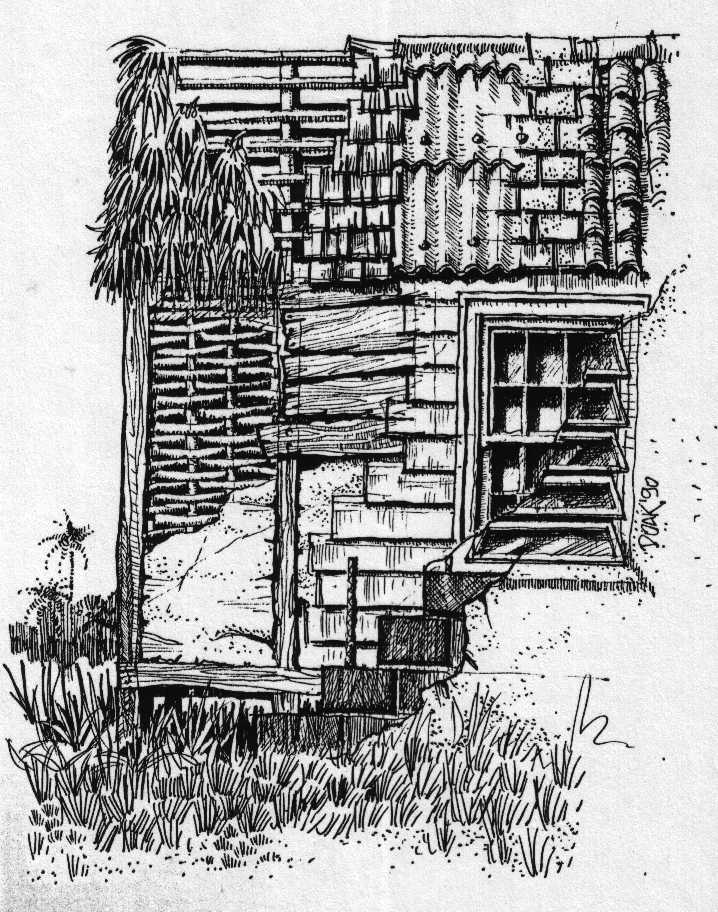 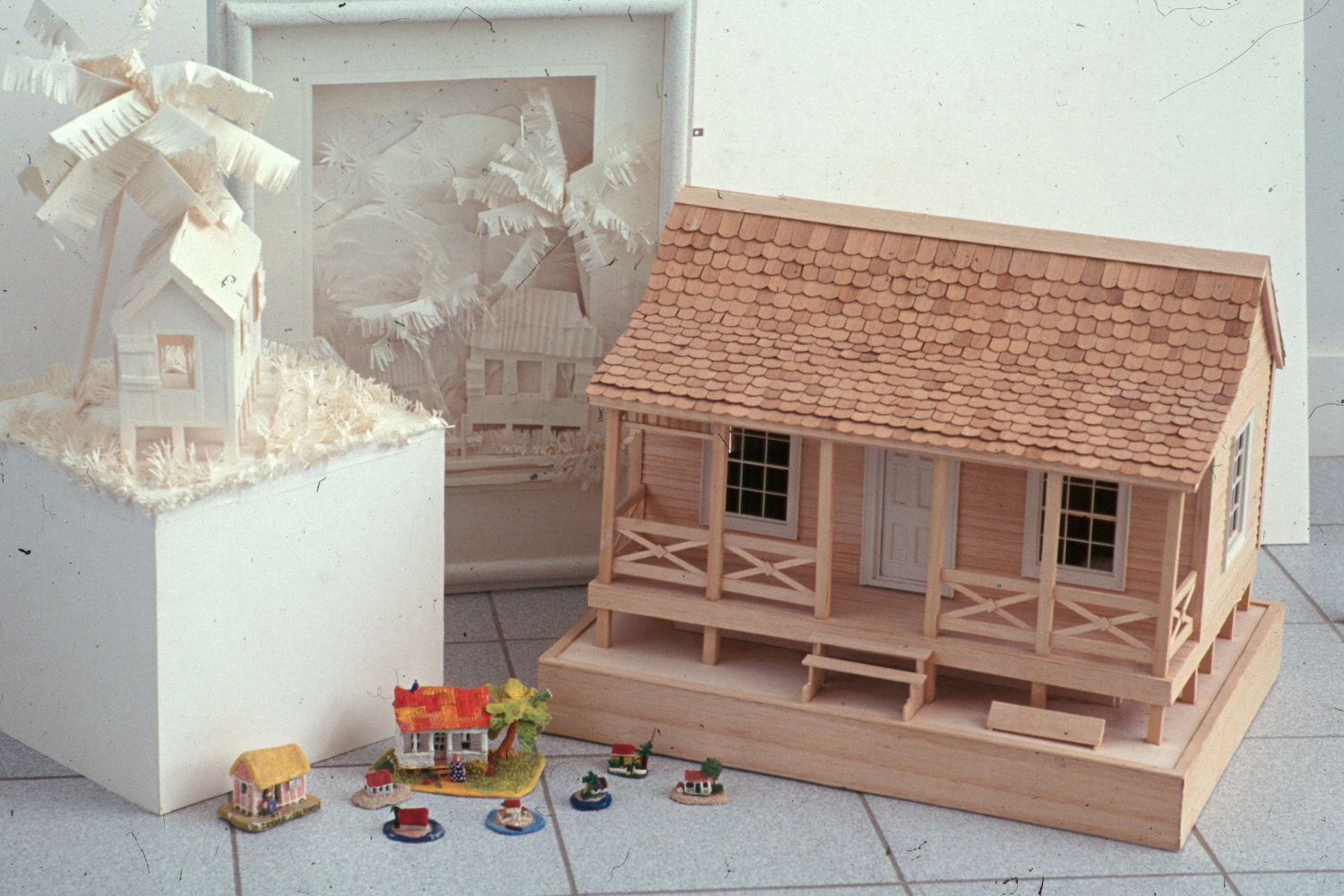 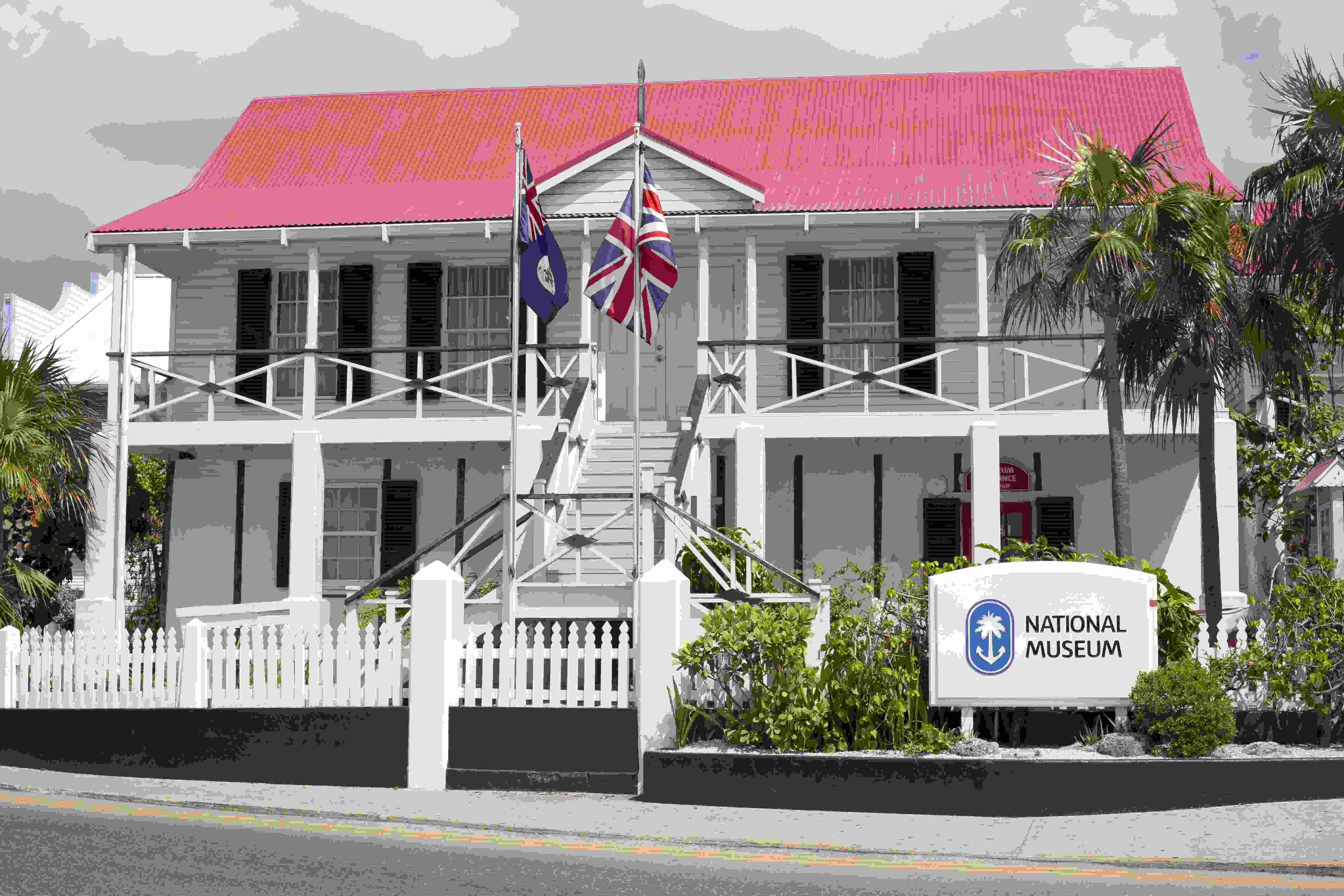 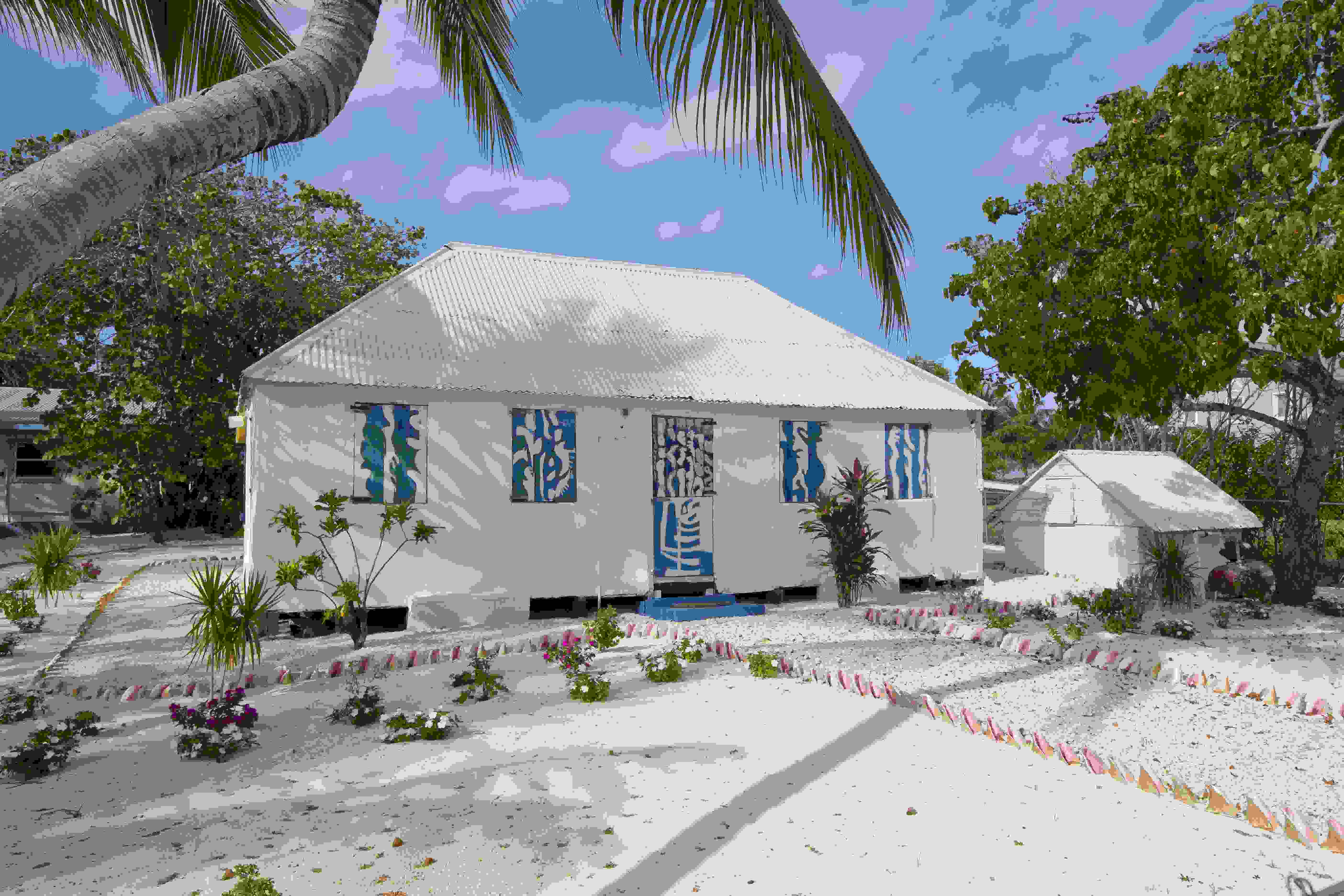 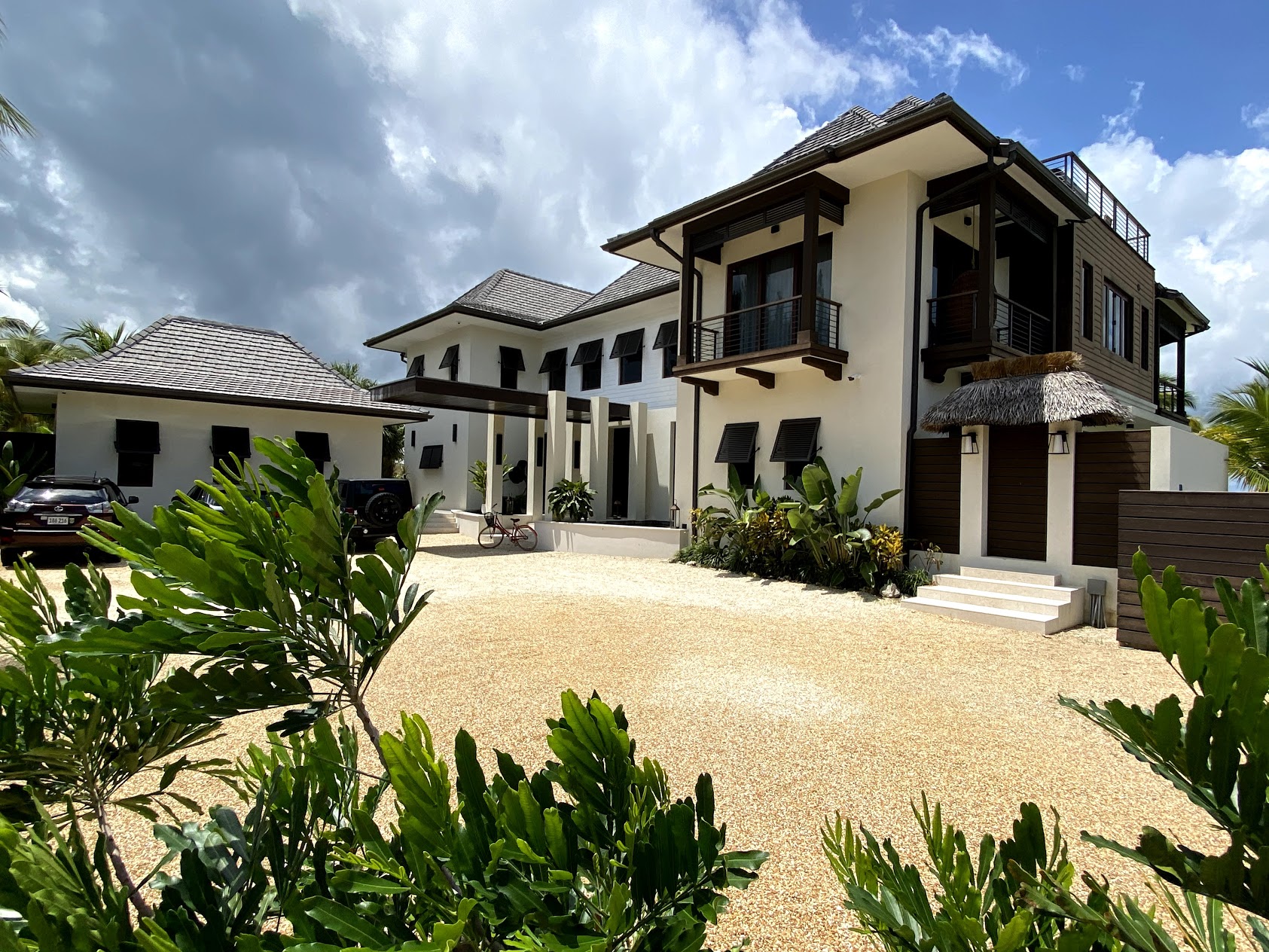 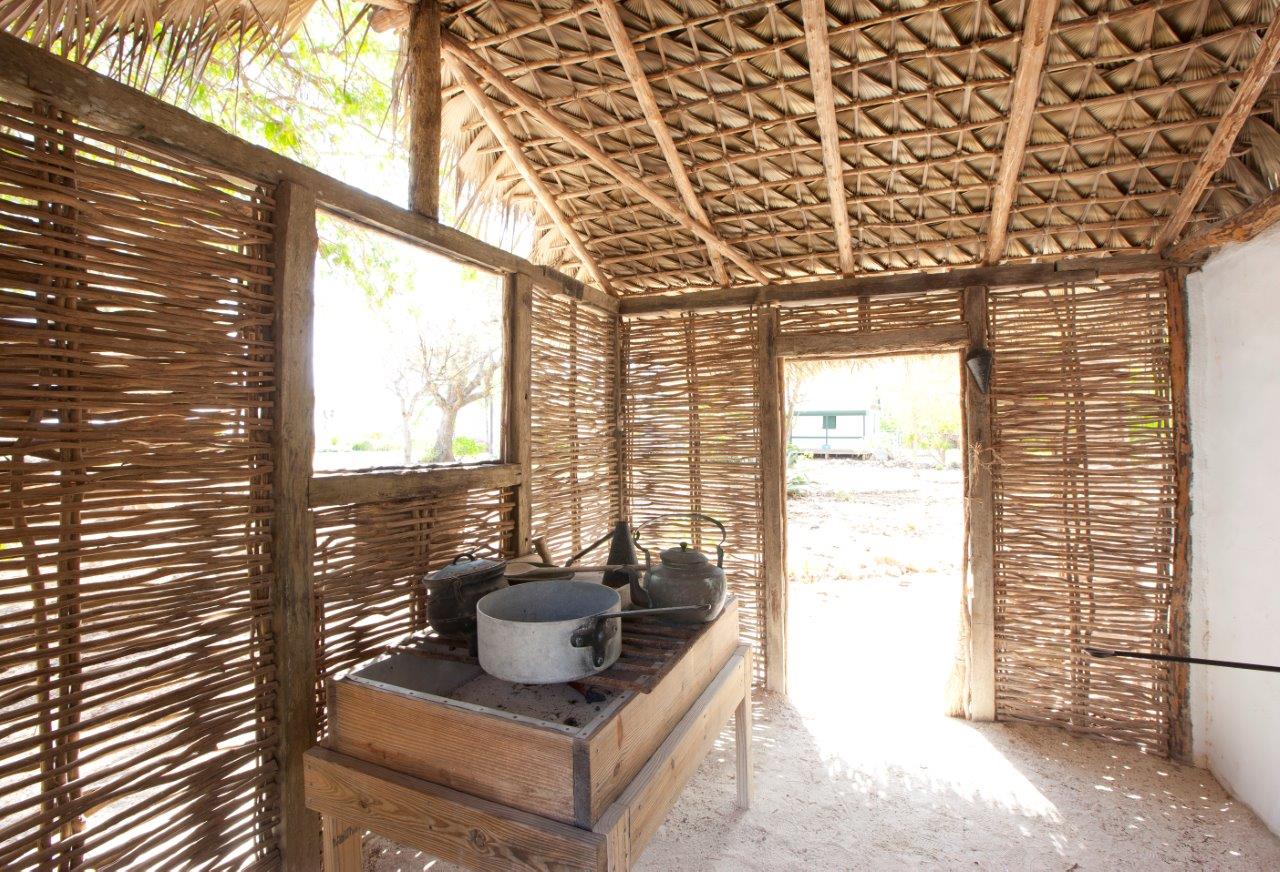 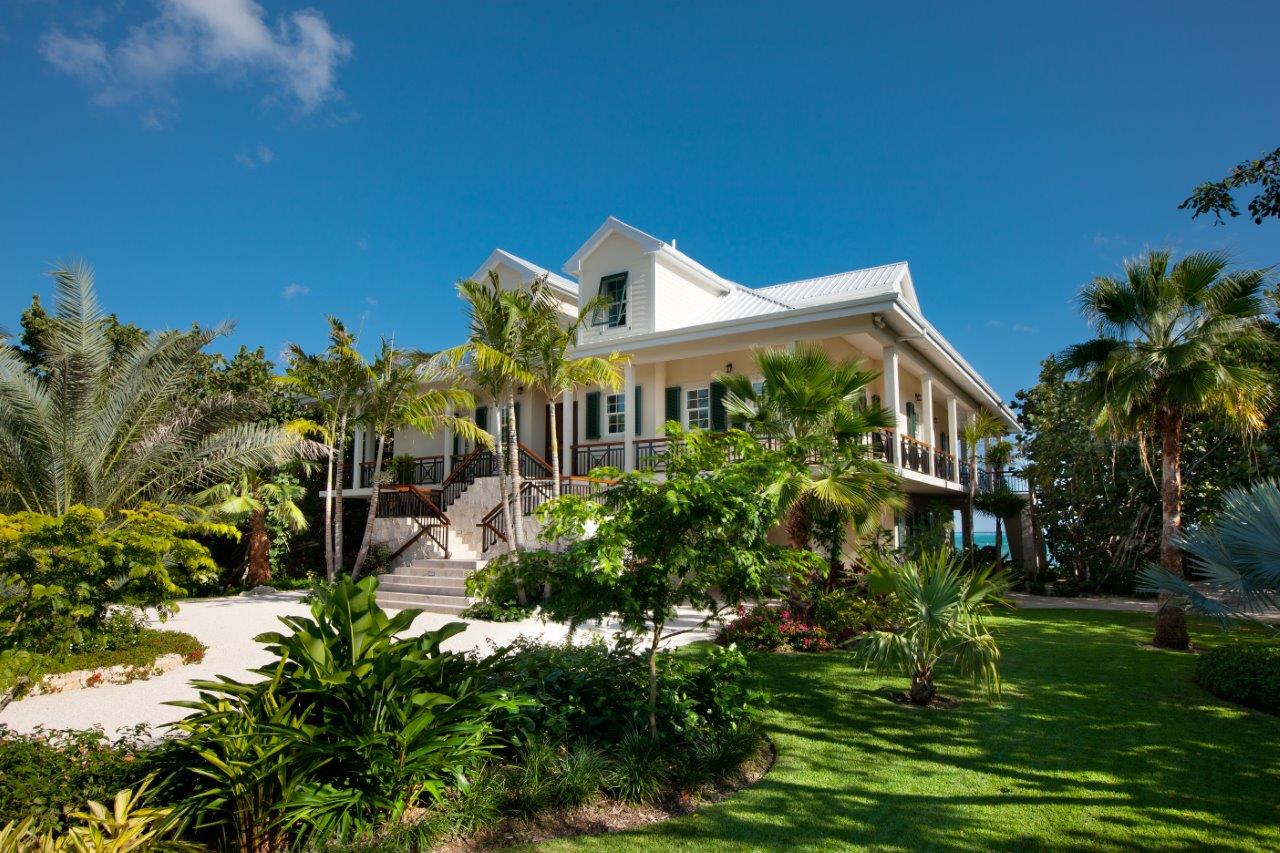 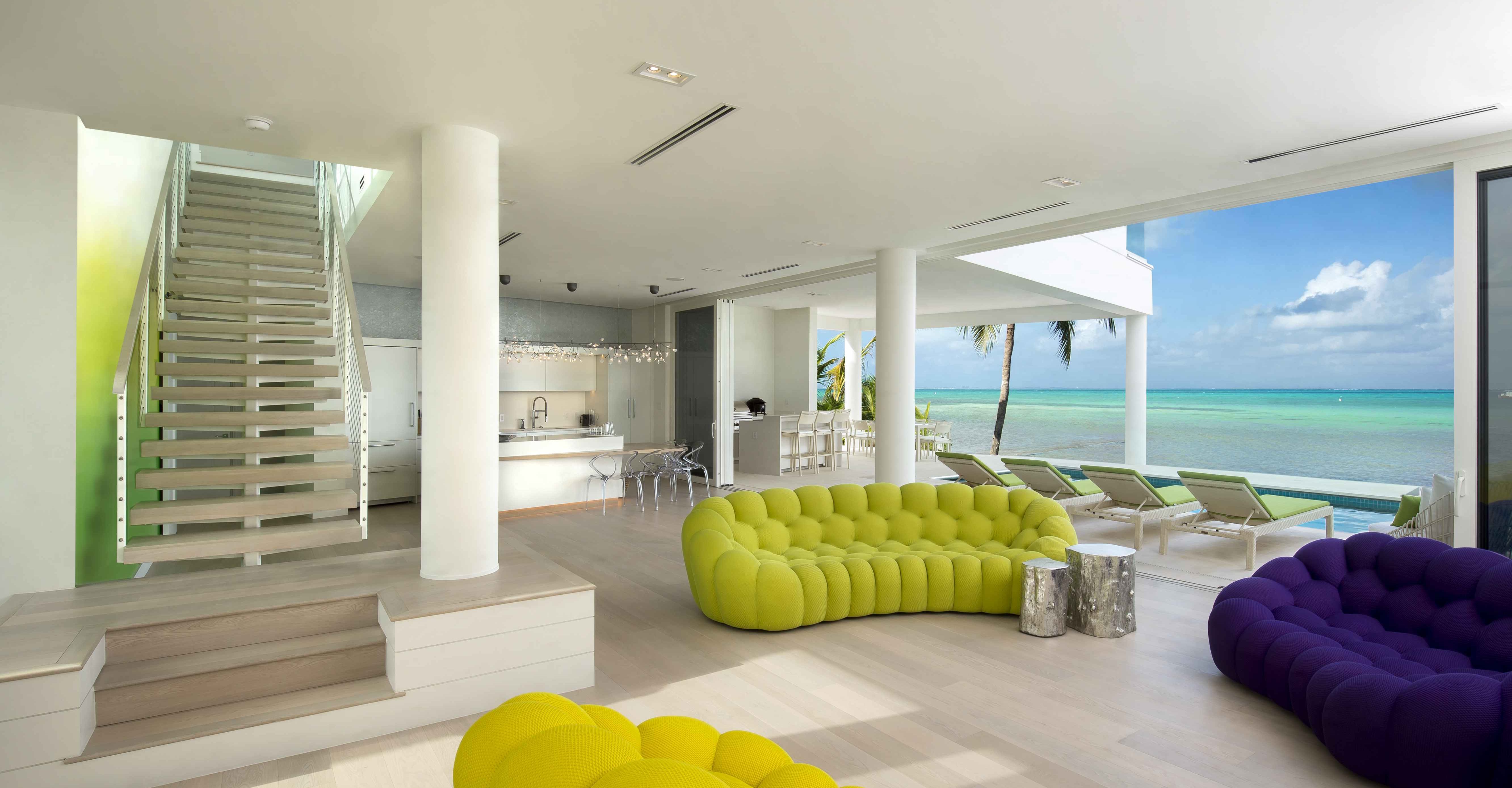 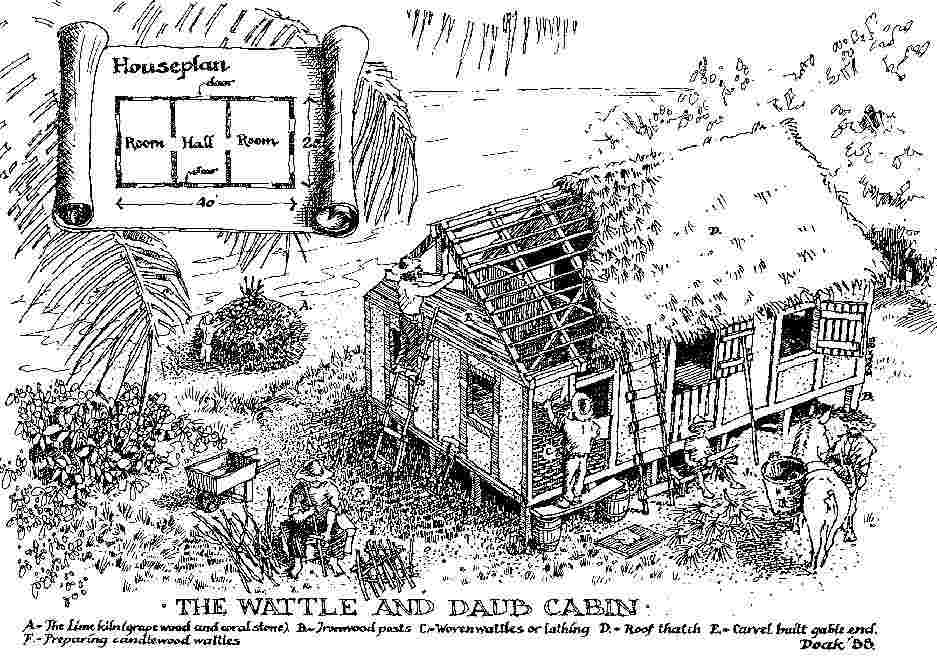 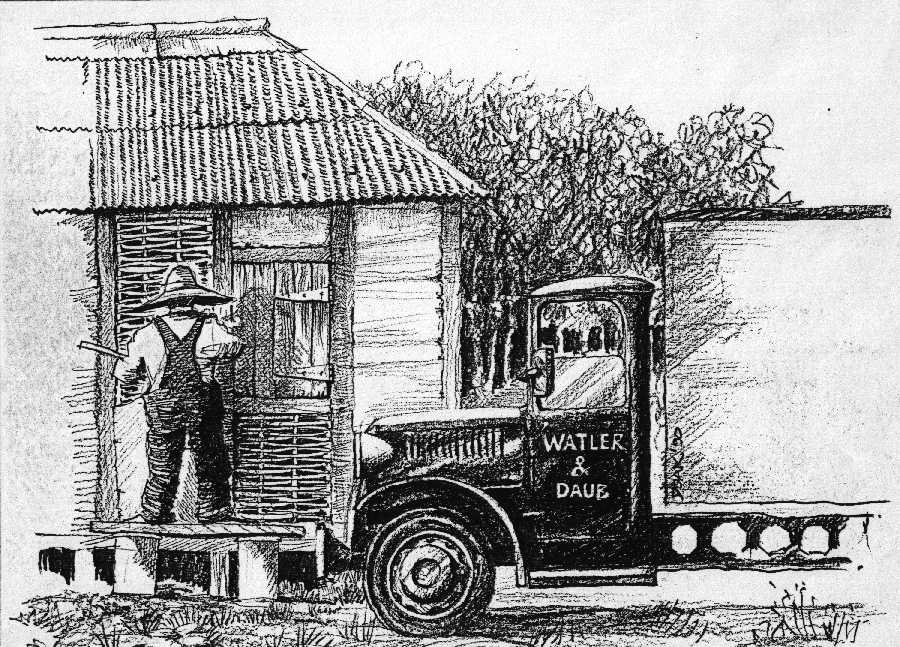 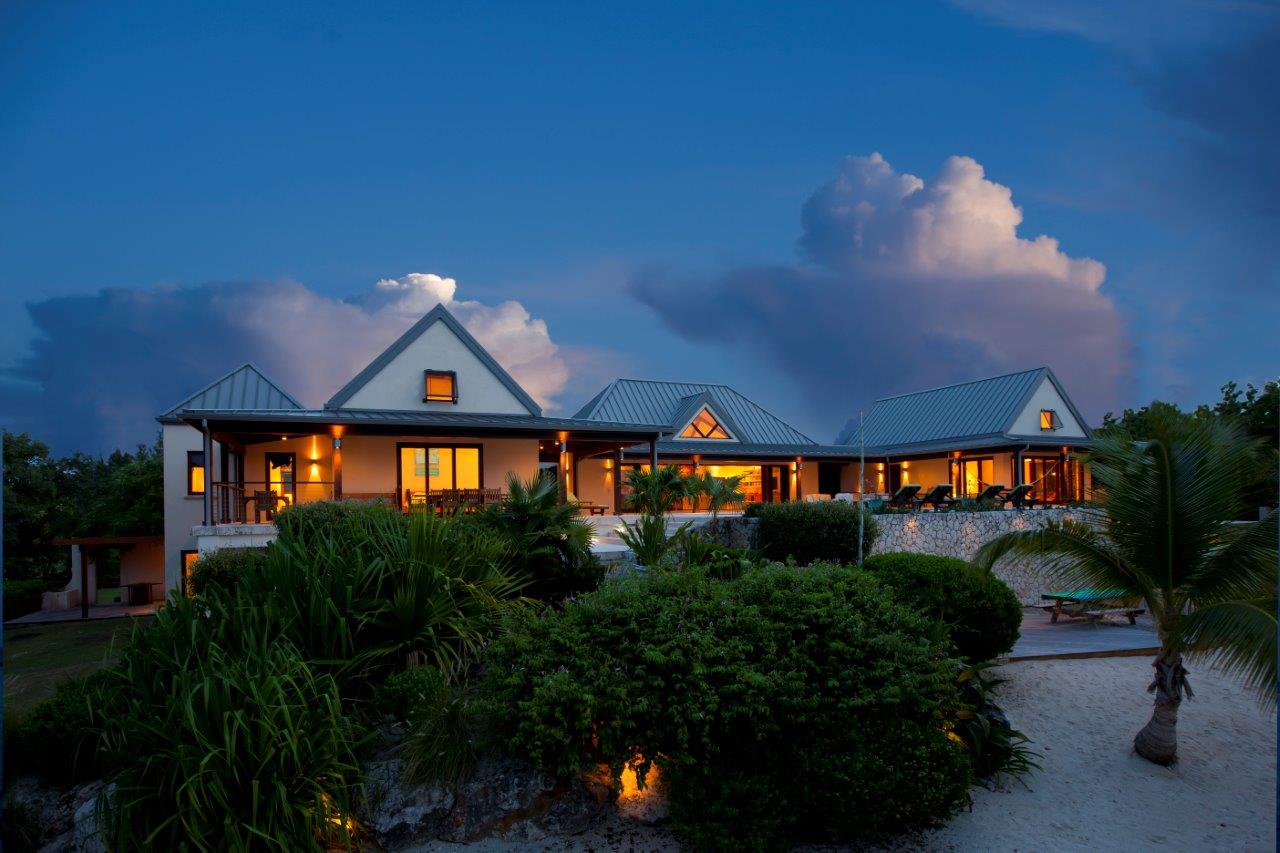 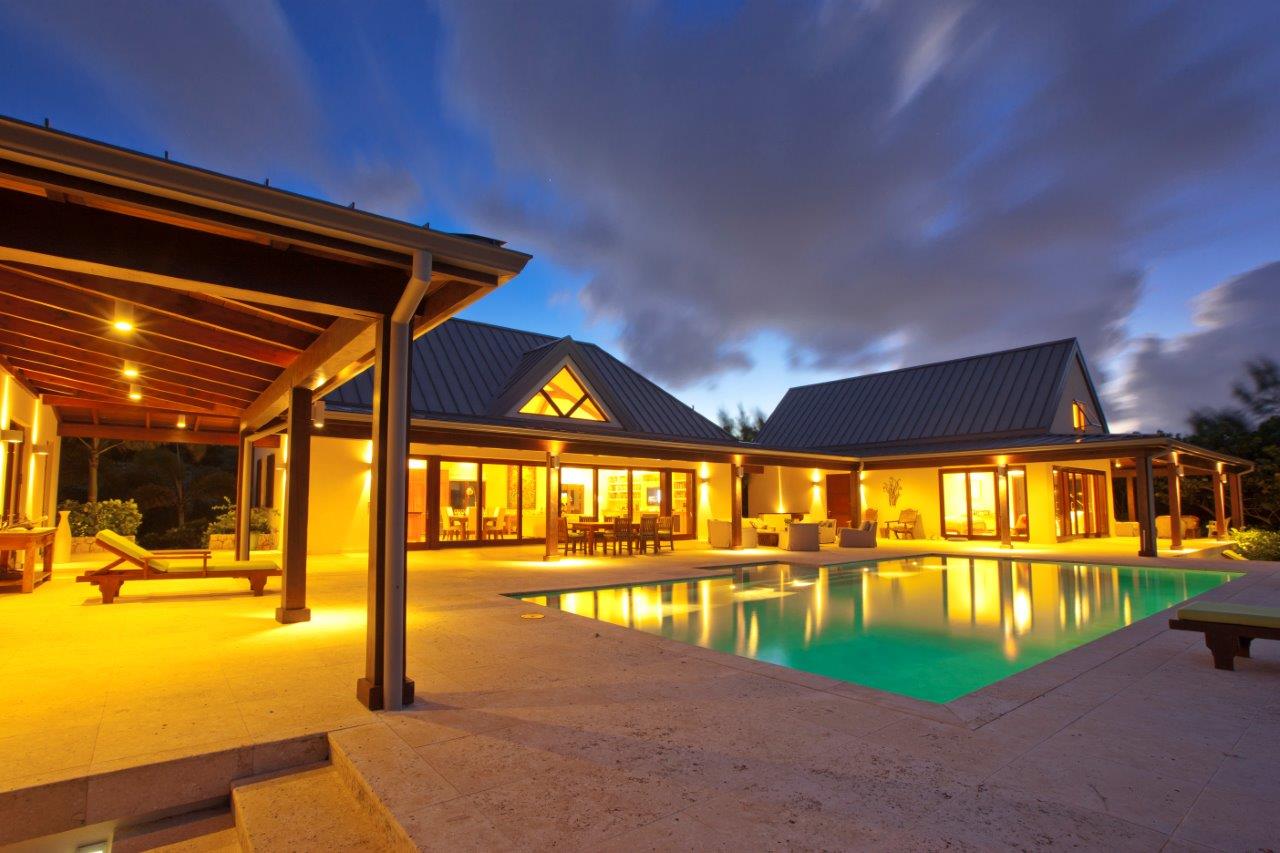 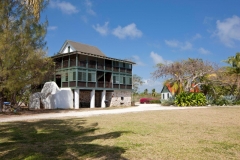 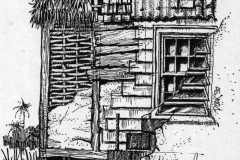 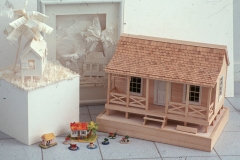 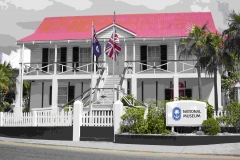 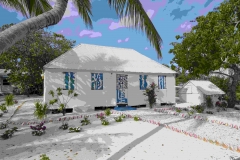 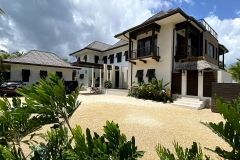 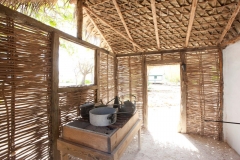 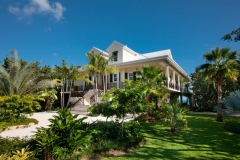 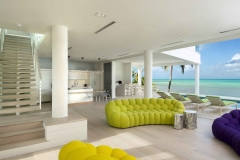 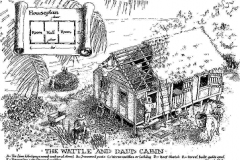 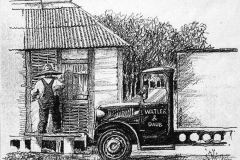 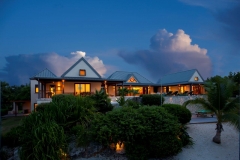 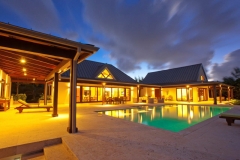 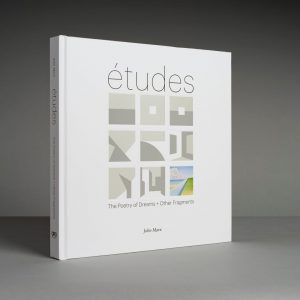 Architect John Marx is an artist at heart – and has been since the age of seven. In grade school, he was leafing through...