Barcelona is not only home to one of the leading soccer teams in Europe – its handball and basketball teams are well-known competitors too.

So FC Barcelona, the professional football club there, recently sponsored a competition to replace its 7,500-seat Palau Blaugrana, which opened in 1971. The winner was the London-based office of HOK, whose winning design will create an arena with a capacity of 12,000 for sporting events and 12,500 for social and cultural events.

It’s all part of a broader initiative to improve FC Barcelona’s facilities, including a major renovation of the Camp Nou stadium, and create the Espai Barça sports district.

HOK’s winning design creates an intimate environment in the arena’s bowl. “The architecture comes from that,” says John Rhodes, senior vice president at HOK. “Plus, we’re integrating it into the site and the topography. There’s the public realm that wraps around it – and then the dynamic function of the halo.”

By the public realm, he means activating the edges by moving concession stands (or little transparent beach bars, as he calls them) to the outer fringe of the arena, and so extending it out into the urban fabric. “There’s a more temperate climate in Barcelona,” he says. “So it’s more supple than existing buildings there – you can walk around outside, and eat and drink and hang out.”

The halo arch over the arena is a key feature – a piece of a metal cladding system that allows air to flow through – and integrate the lighting system so it can change colors depending on what’s happening or what team’s playing inside. “So it’s a multi-textured building – a complicated combination of components,” he says.

The complex relates well to the 105,000 seat stadium across the street, and will eventually include a community ice rink and a 2,000 seat training facility/sports hall. It’s all due for completion in 2019-20, and carries a price tag of about 19 million Euros.

“It’s an incredibly good value,” he says. “What’s wonderful is it creates an arena on the edges of urban development in the center city. It’s a building that activates the space around it. It has a dynamic quality – it sits well but relates to the performance inside.” 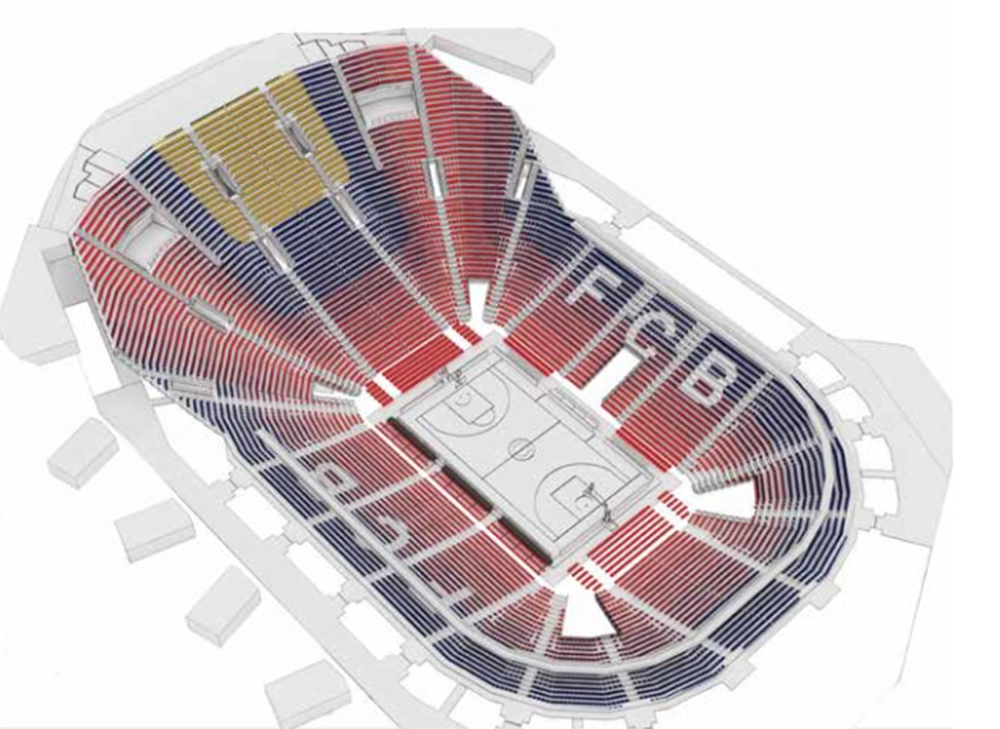 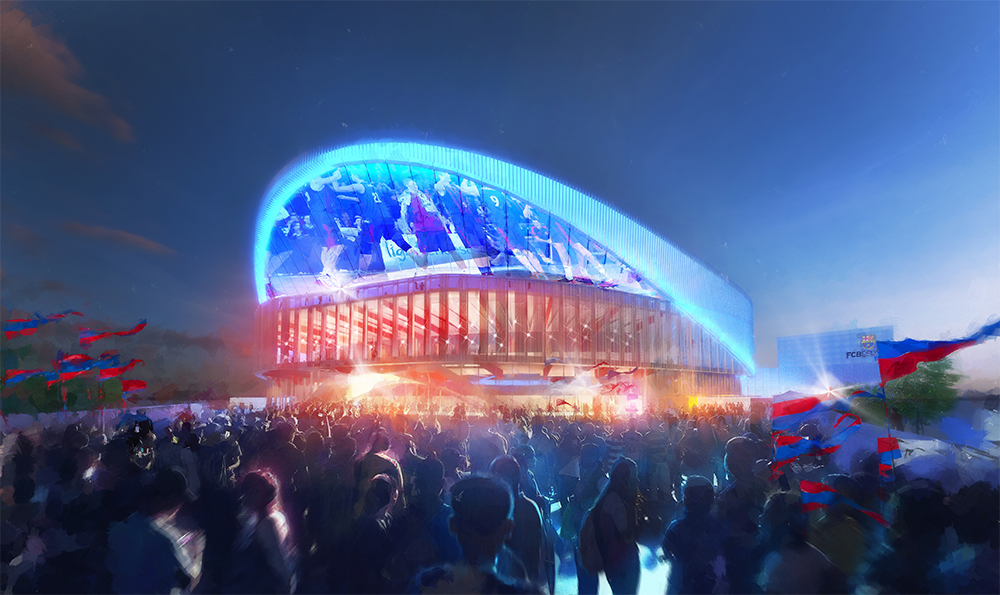 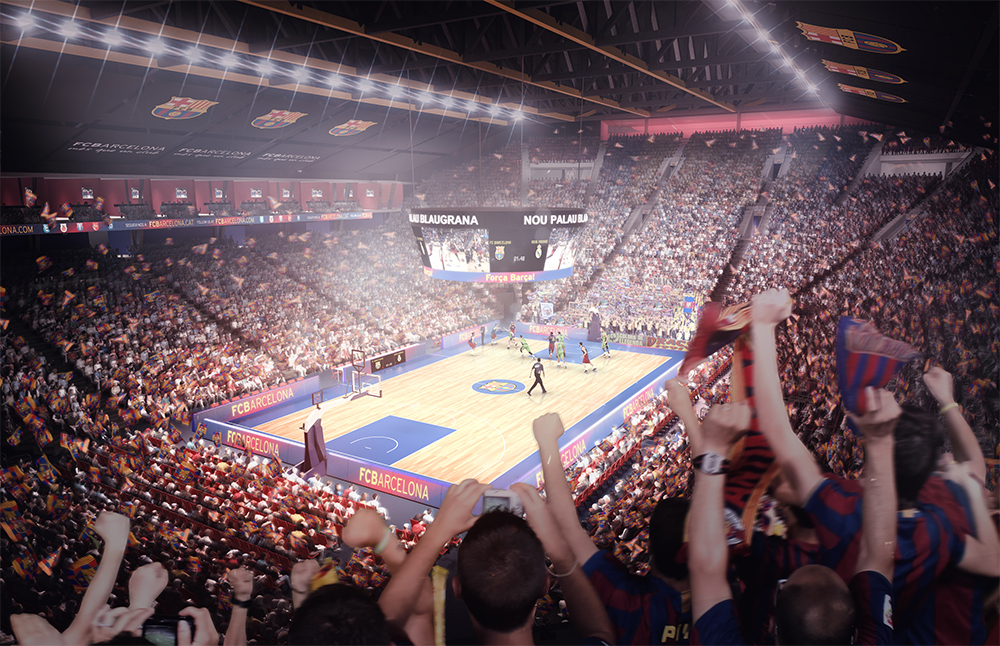 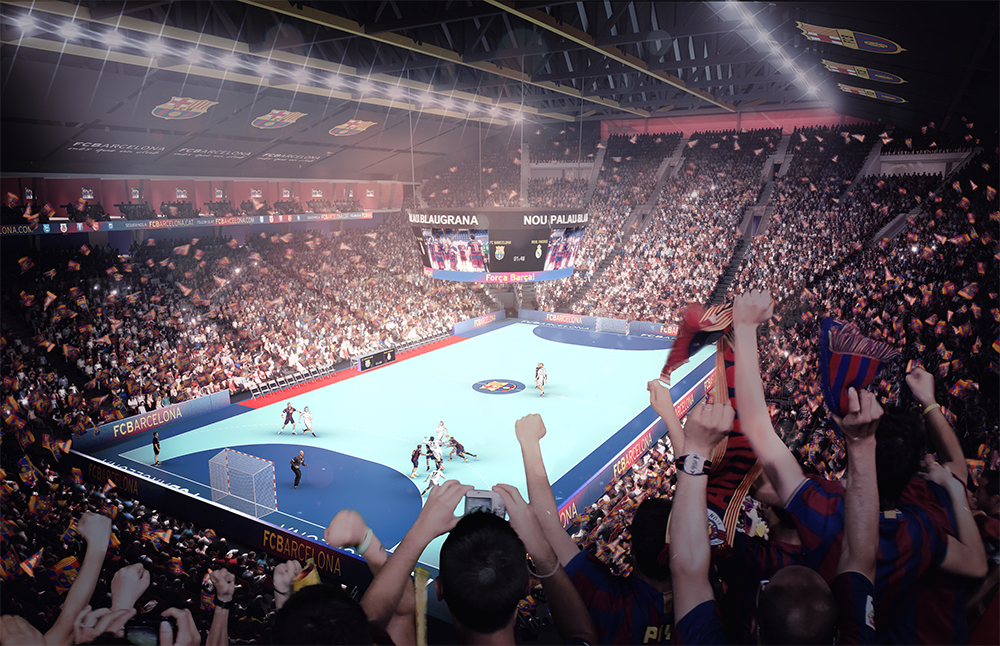 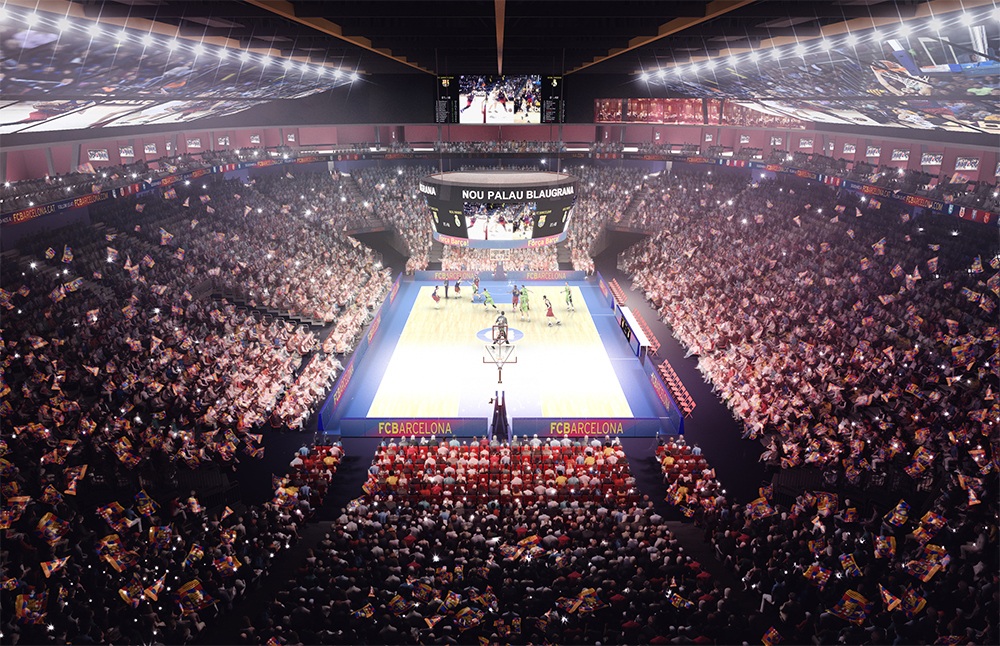 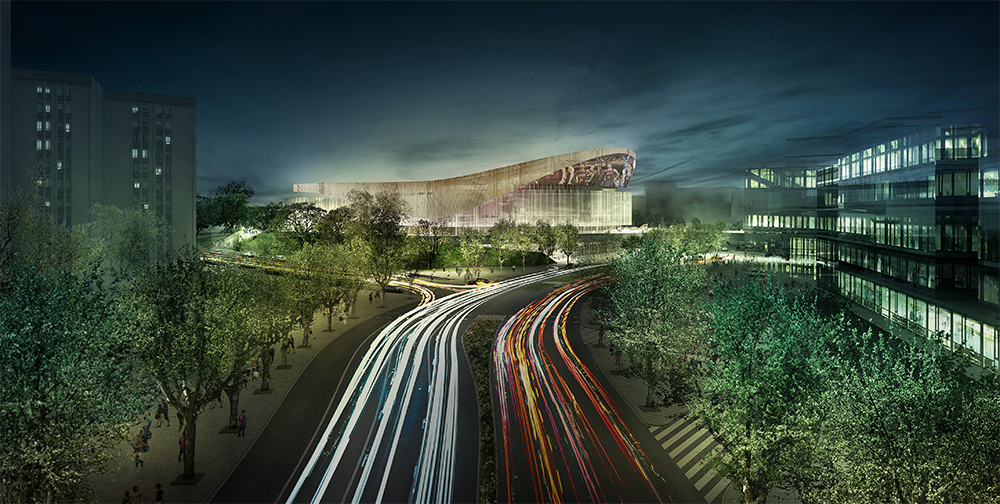 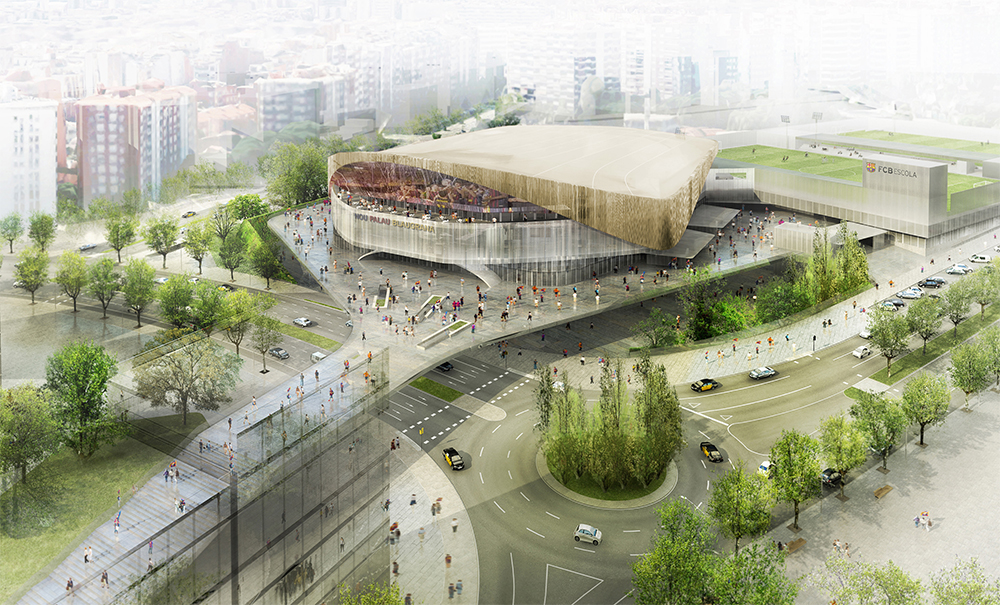 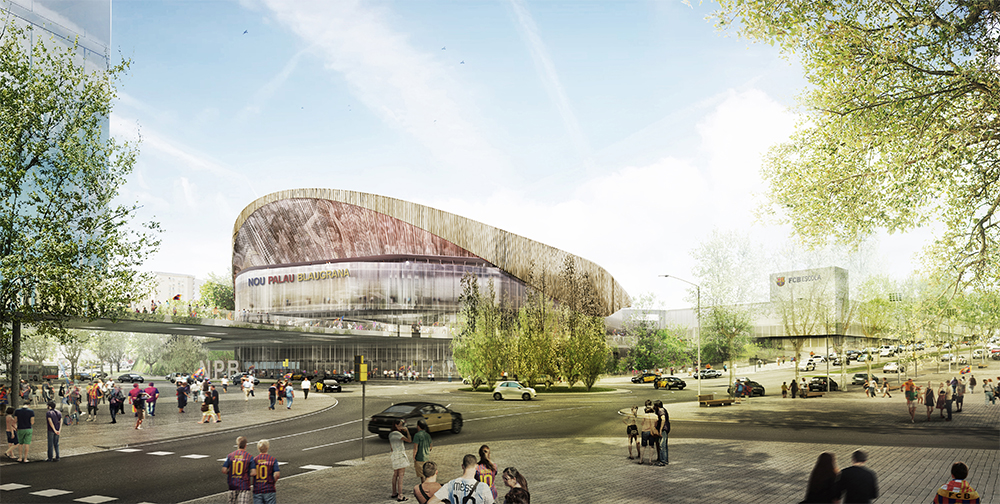 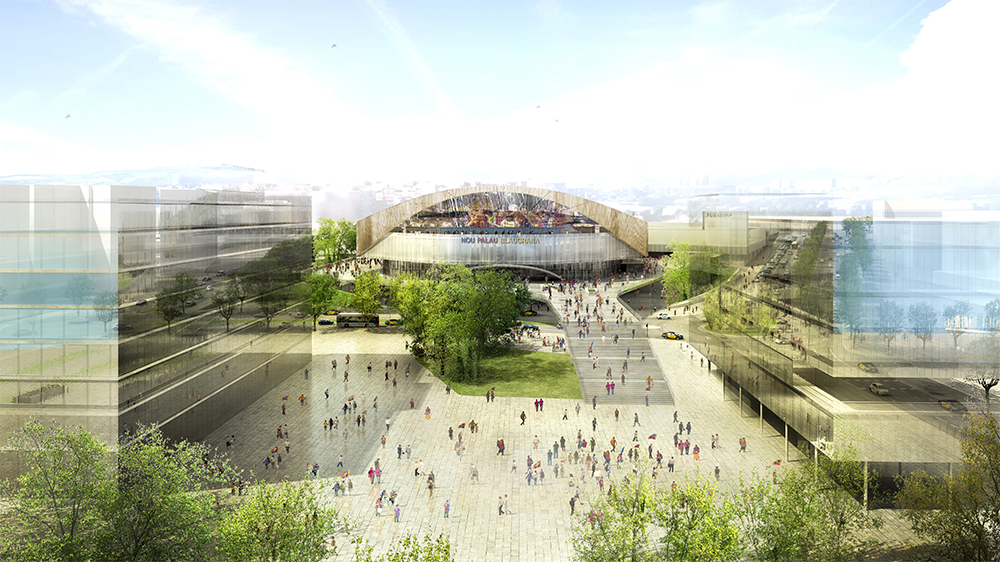 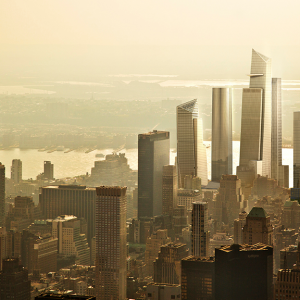 Comparisons may be odious, but in the case of Hudson Yards and Rockefeller Center, they may be inevitable. Both were initiated...