Appledore Island, in the Isles of Shoals off the coast of New Hampshire and Maine, is a fairly inhospitable spot these days – its lunar-like landscape home mostly to some very aggressive seagulls.

But in the late 19th century, it was an artists’ colony and hot spot for the tourist trade, with the Appledore House hotel drawing in artistic and literary luminaries like Nathaniel Hawthorne, John Greenleaf Whittier and Oliver Wendell Holmes.

Among the artists summering there was Childe Hassam, America’s pre-eminent Impressionist painter. “He’s now pretty much universally regarded the as finest American painter in the Impressionist style,” says John Coffey, deputy director for art at the North Carolina Museum of Art (NCMA) in Raleigh. “Even in his lifetime he was referred to as the dean of American Impressionists.”

Hassam was intensely drawn to the island, spending as many as 30 summers there, painting its landscape and Celia Thaxter’s famous island garden too.

Now Coffey – with help from Austen Barron Bailly at the Peabody Essex Museum in Salem, Mass., Kathleen Burnside, co-director of an unpublished catalog of Hassam’s paintings, and Hal Weeks at the Shoals Marine Laboratory – has organized an exhibition of 39 of his paintings at NCMA.

Wait a minute – a marine lab?

“Hal Weeks has a sort of hobby of locating Hassam painting sites – he knows Appledore Island like the back of his hand,” he says. “He invited me out to the island and I went out there four years ago and I was blown away.”

Weeks and Coffey visited the actual sites where Hassam painted, to see how faithful the artist was to the site and to the geology and the personality of Appledore. “He was painting a mosaic portrait of this one very small island,” he says. “It’s  constantly changing and it’s fascinating – even though it’s small, it’s broken up geologically.”

The curatorial team set about tracking down Hassam’s Appledore works from as far away as the Honolulu Museum of Art and the National Gallery in Washington, D.C.,even managing to locate two paintings of a seascape done at different times of day and almost a decade apart.

“One is a sunrise over a beach, and then nine years later he goes back and paints a moonrise, with the same rocks in the same location,” he says. “Clearly, he intended them as a pair but we don’t know why. We’ve put them together for the first time in at least a hundred years -we don’t even know that he ever exhibited them as a pair.”

The exhibition – curated so that visitors take a tour of the island as they move through the gallery – opens on March 19 and runs through June 19.

So why would anyone care, anyway? ”

“The paintings are just drop-dead gorgeous – they’re so damn captivating,” he says. “When you get into it you can understand not just the artist, but his fascination with this place as well.”

For more on the exhibition, go here. 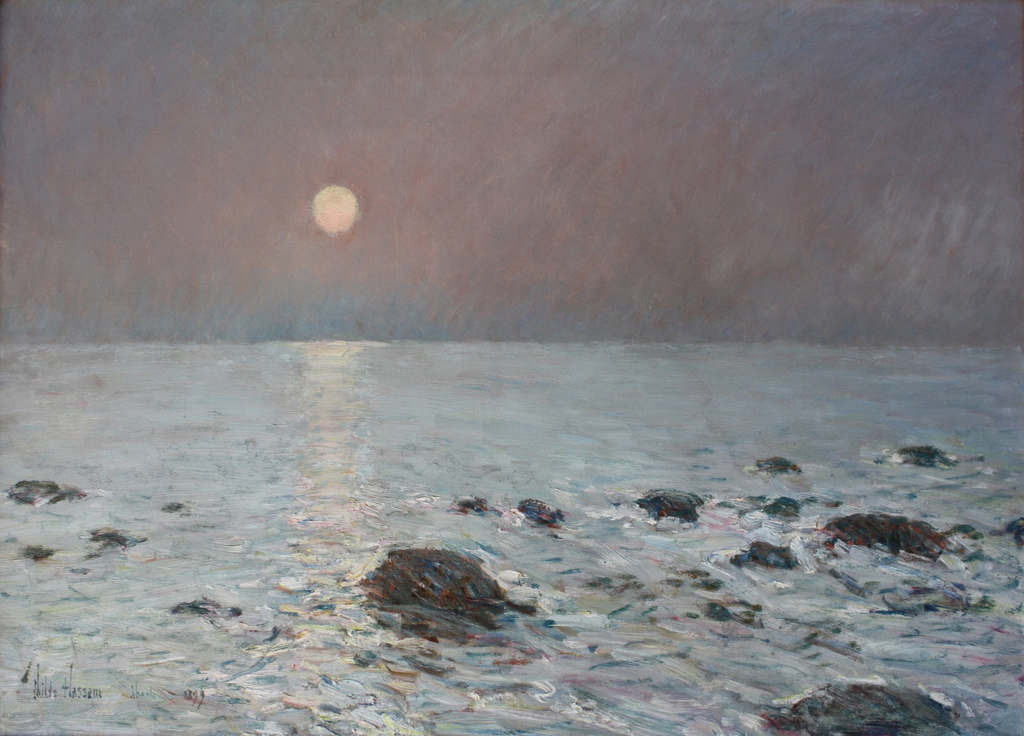 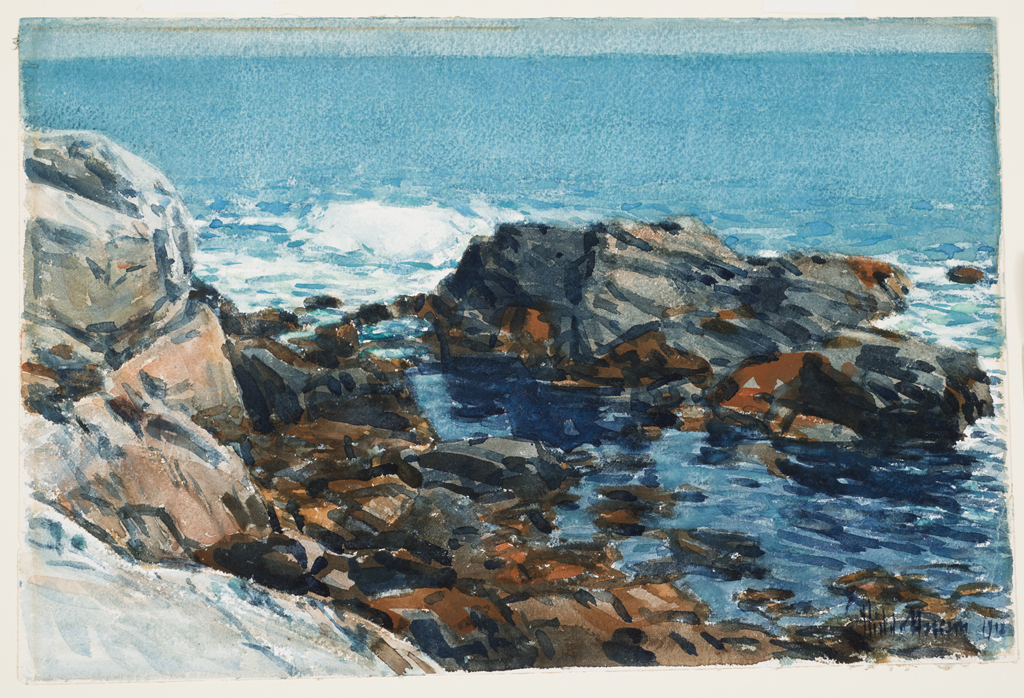 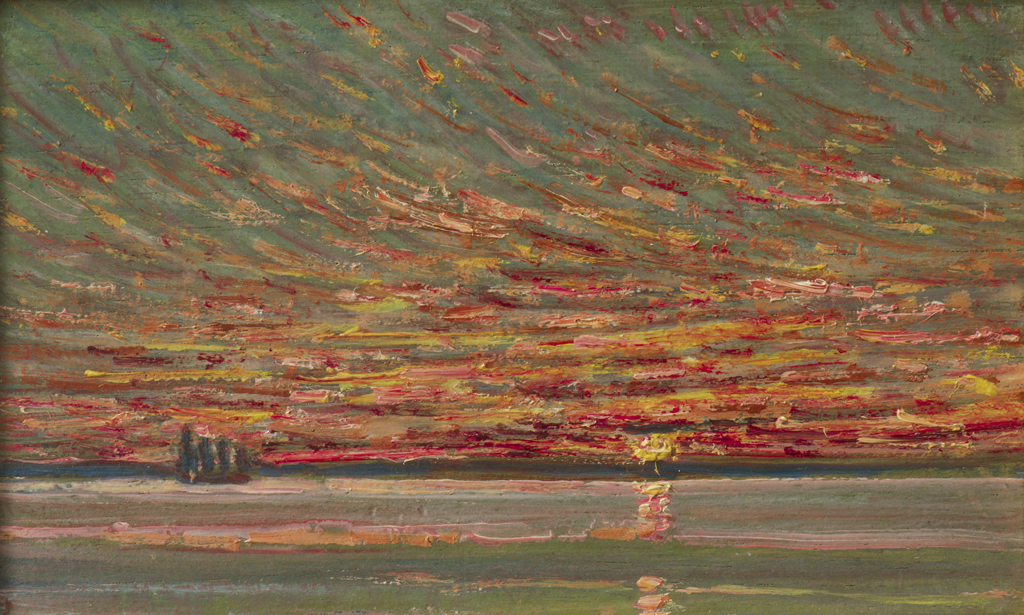 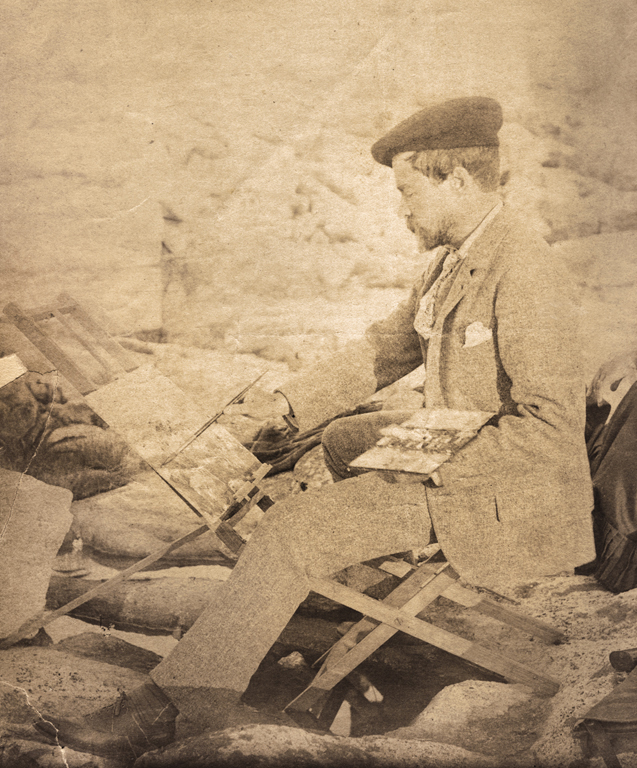 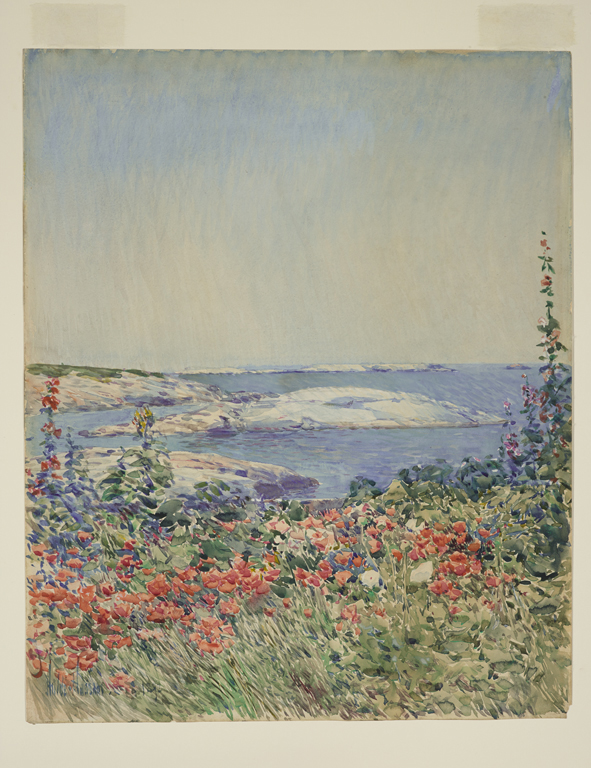 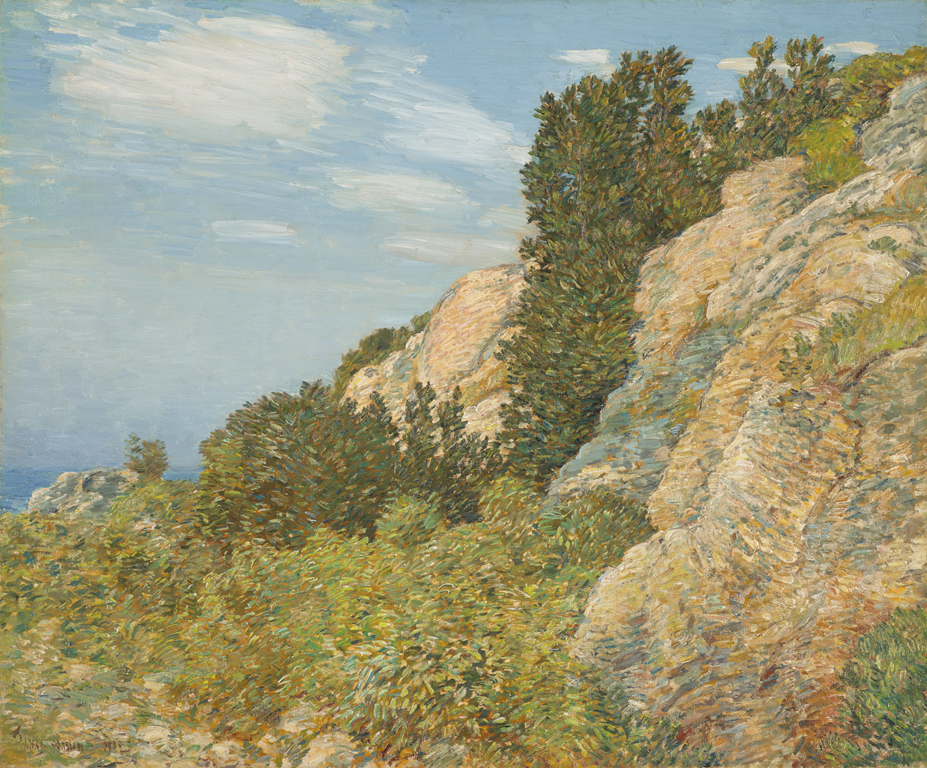 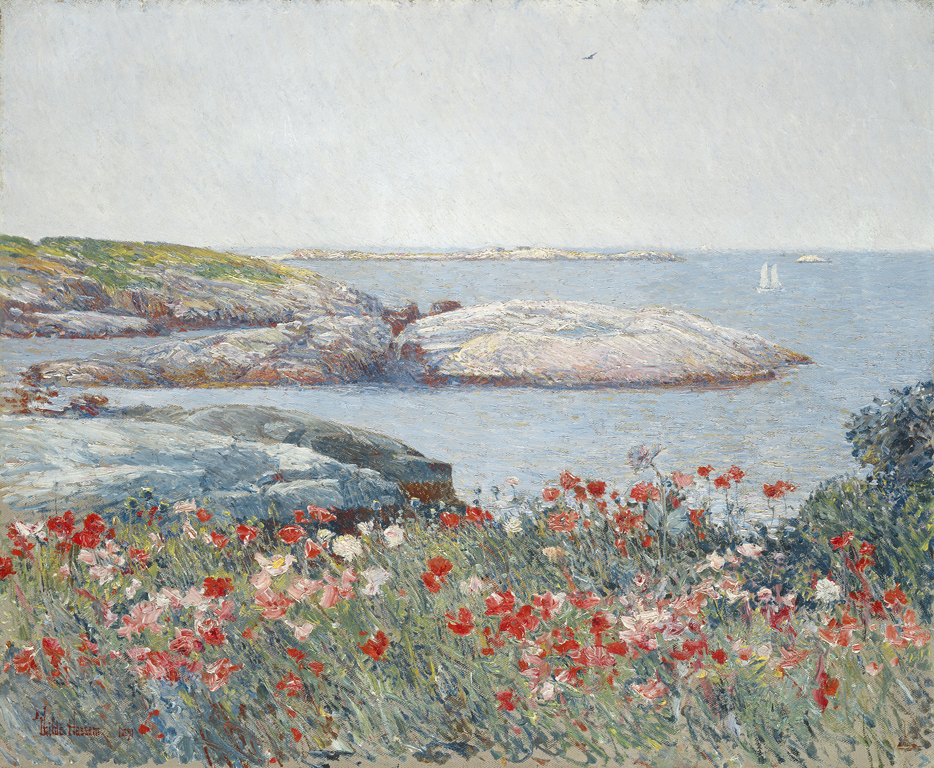 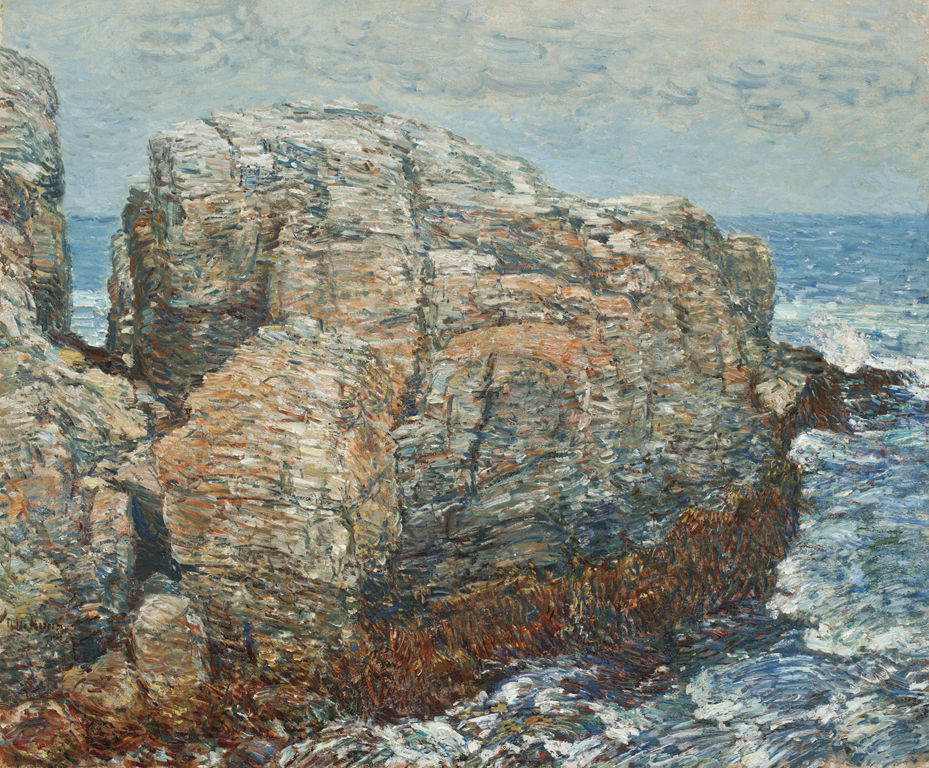 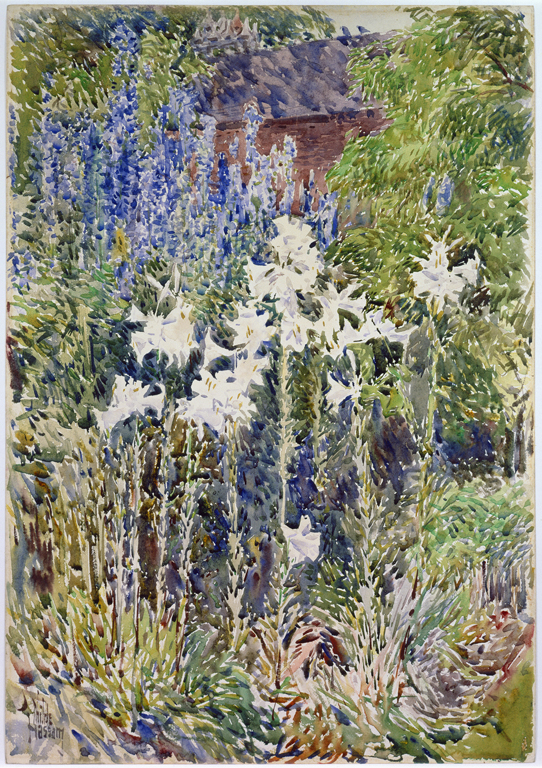 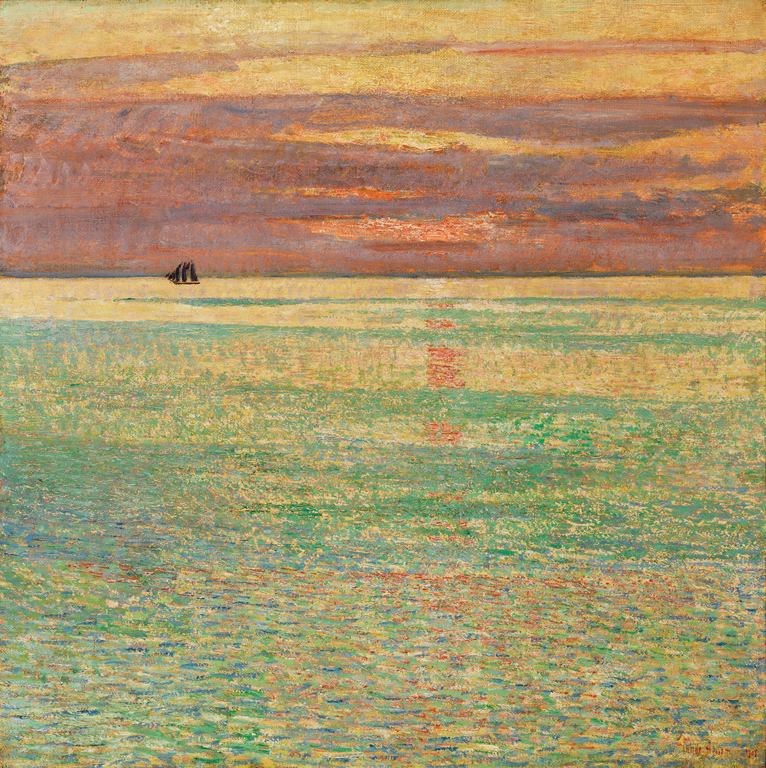 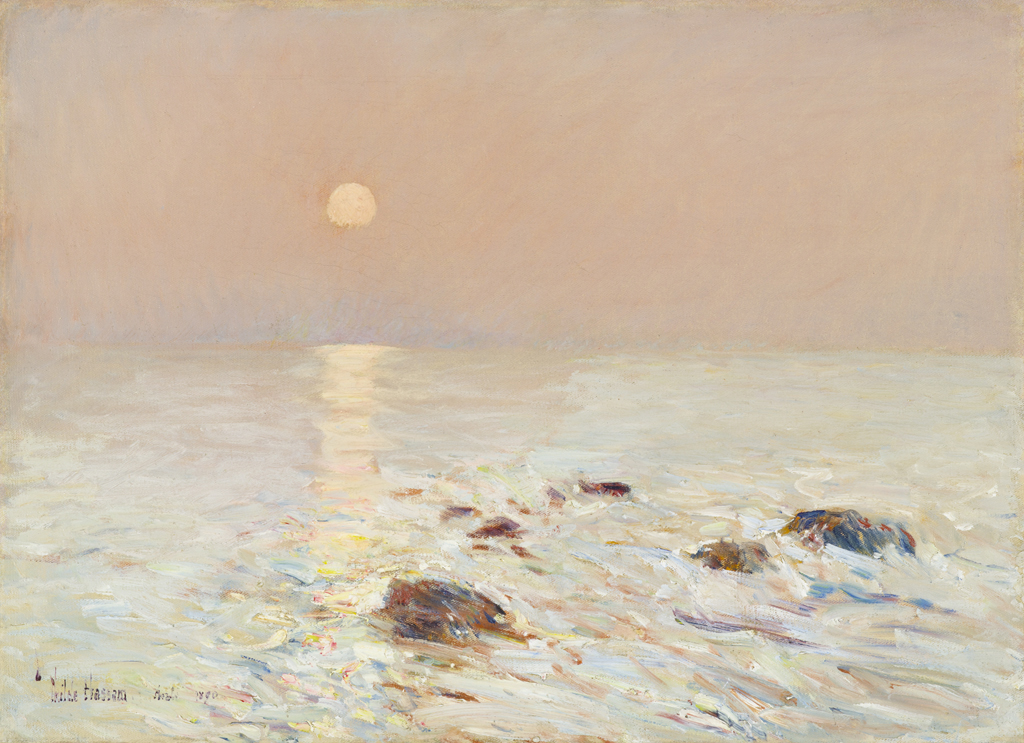 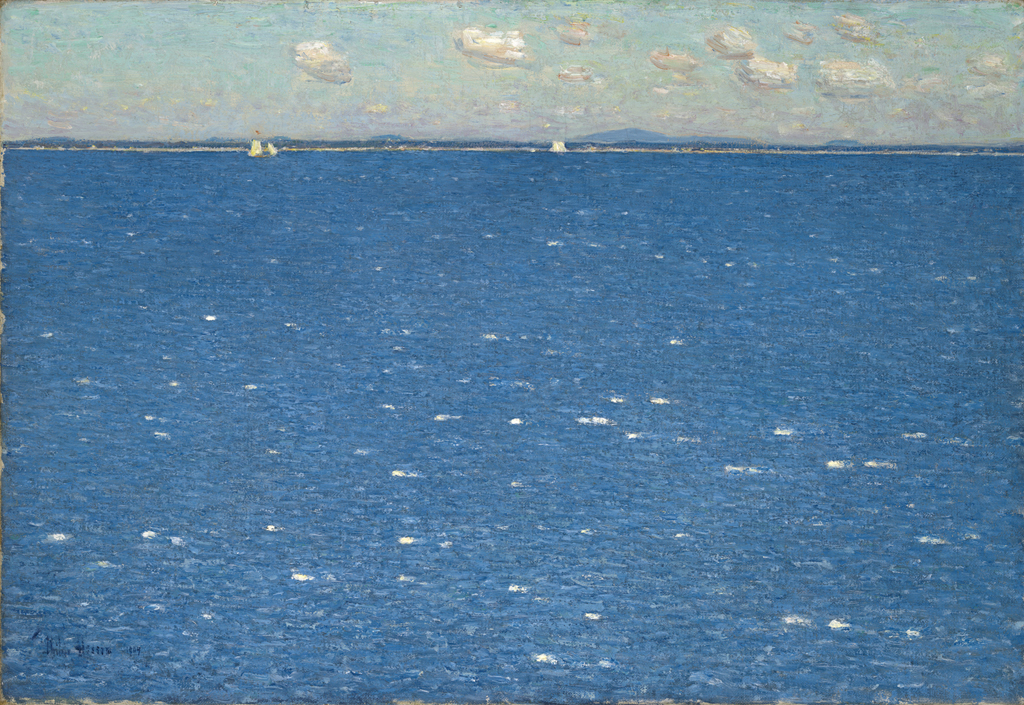 Once home to headquarters for the late 19th-century chocolatier of the same name, Ghirardelli Square in San Francisco became...