Malone, the 44-year-old CEO of the Frank Lloyd Wright Foundation, grabbed the bull by the horns last year and reached out to 42 architecture firms for help. Forty responded favorably; that list was narrowed down to five.

In the end, Gunny Harboe’s firm was selected to do the job. They rose to the top because of their work on other Wright buildings, including the Robie House, as well as on master plans.

“Their proposal was very clear and thorough and meticulous and thoughtful,” Malone says. “None of it was jargon, and all of it was helpful. Plus, they’re a firm with integrity beyond reproach.”

Wright never developed his own master plan for Taliesin West, designed and built as a desert oasis on more than 500 Arizona acres he purchased in 1937.  When he bought the property, it stood in the middle of nowhere. Today, it’s surrounded by Scottsdale, though it does stand secluded on the brow of a foothill in the McDowell Mountains.

He allowed his oasis to grow and evolve into eight structures over the 20 years he was in residence there. It was to serve as his laboratory, studio and home.

“It’s not like Fallingwater, which he built in 1938,” he says. “This changed over time, creating challenging aspects in developing our preservation philosophy.”

That philosophy, its research already underway, will be based on questions of what needs to be restored and why, how to do it, and how much it will cost.

“I want to be able to be very specific, so we can make good strategic decisions – so we can reach out to investors to say this is what can be done,” he says.

Malone wants a master plan that will preserve about 80,000 square feet of buildings and all of the landscape. Its goal is to preserve the property not for the next decade or two, but for the next century or two.

“It’s important that we do this now so when you drive up the hill you get a feeling of space and retreat,” he says.

And a sense for the brilliance of those who designed and built it. 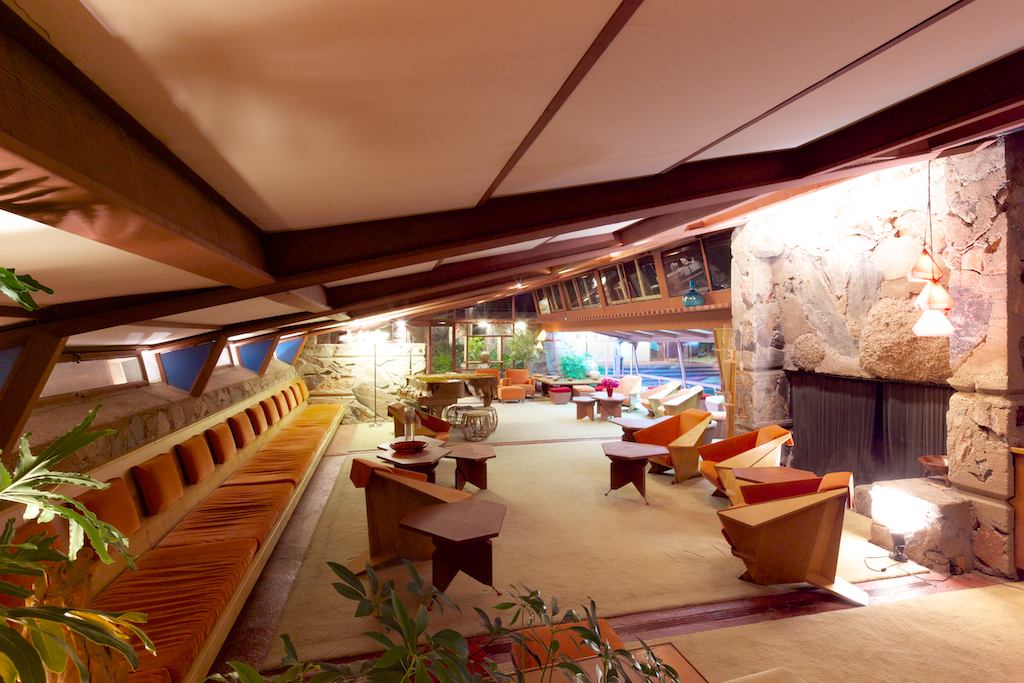 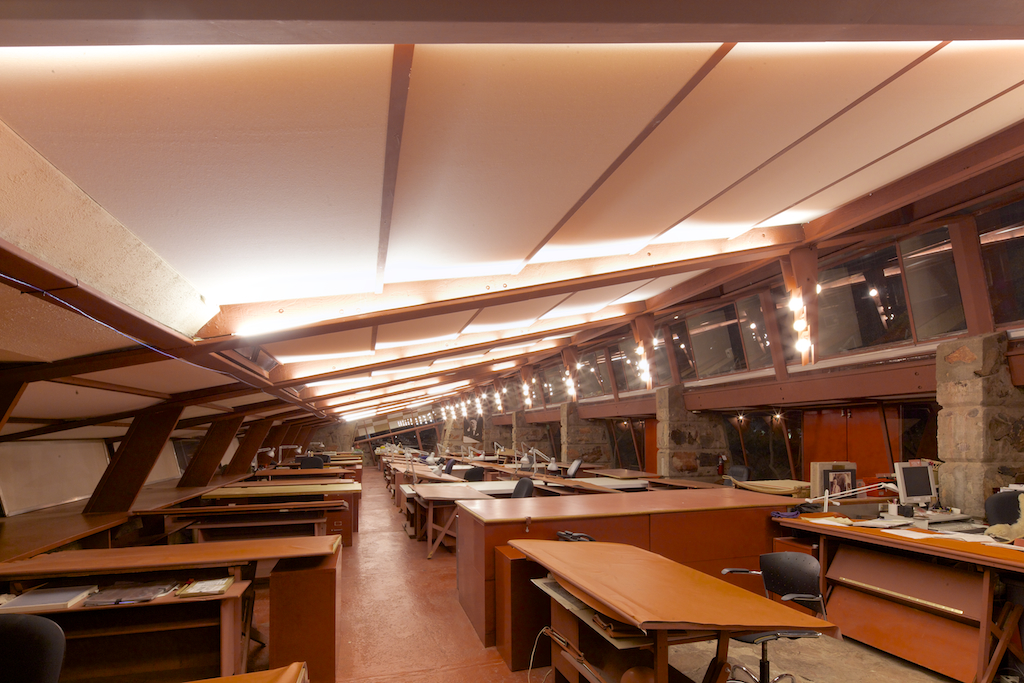 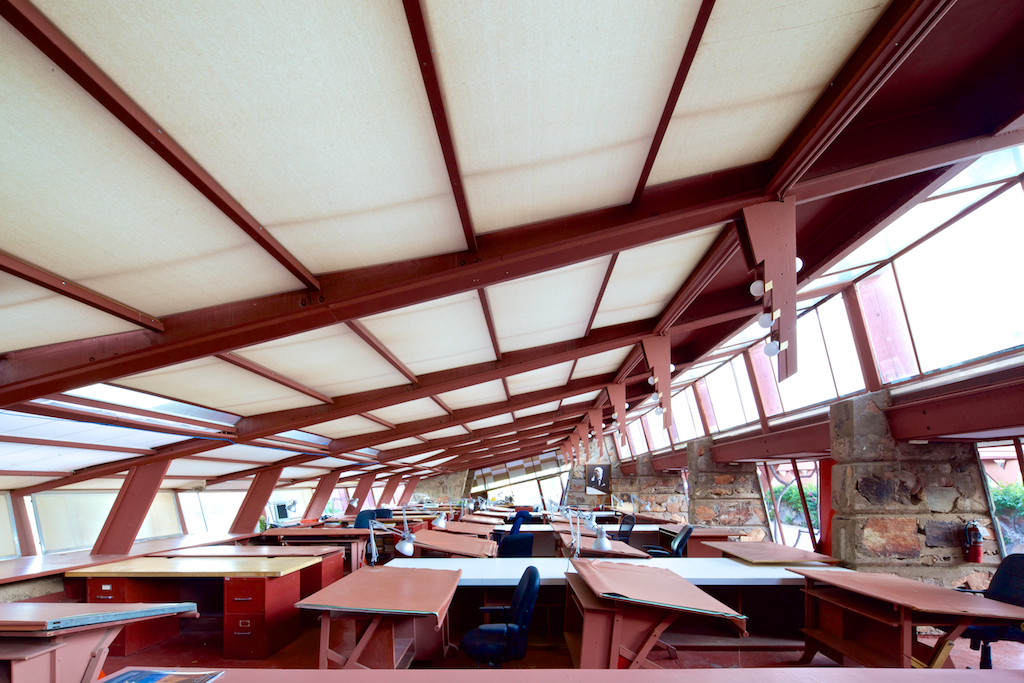 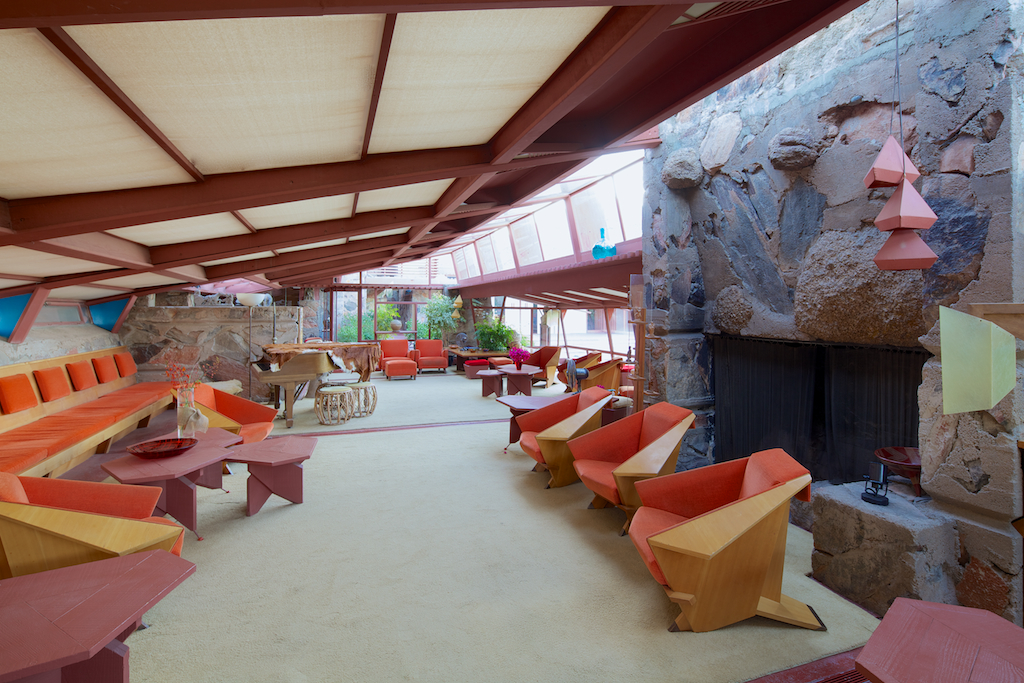 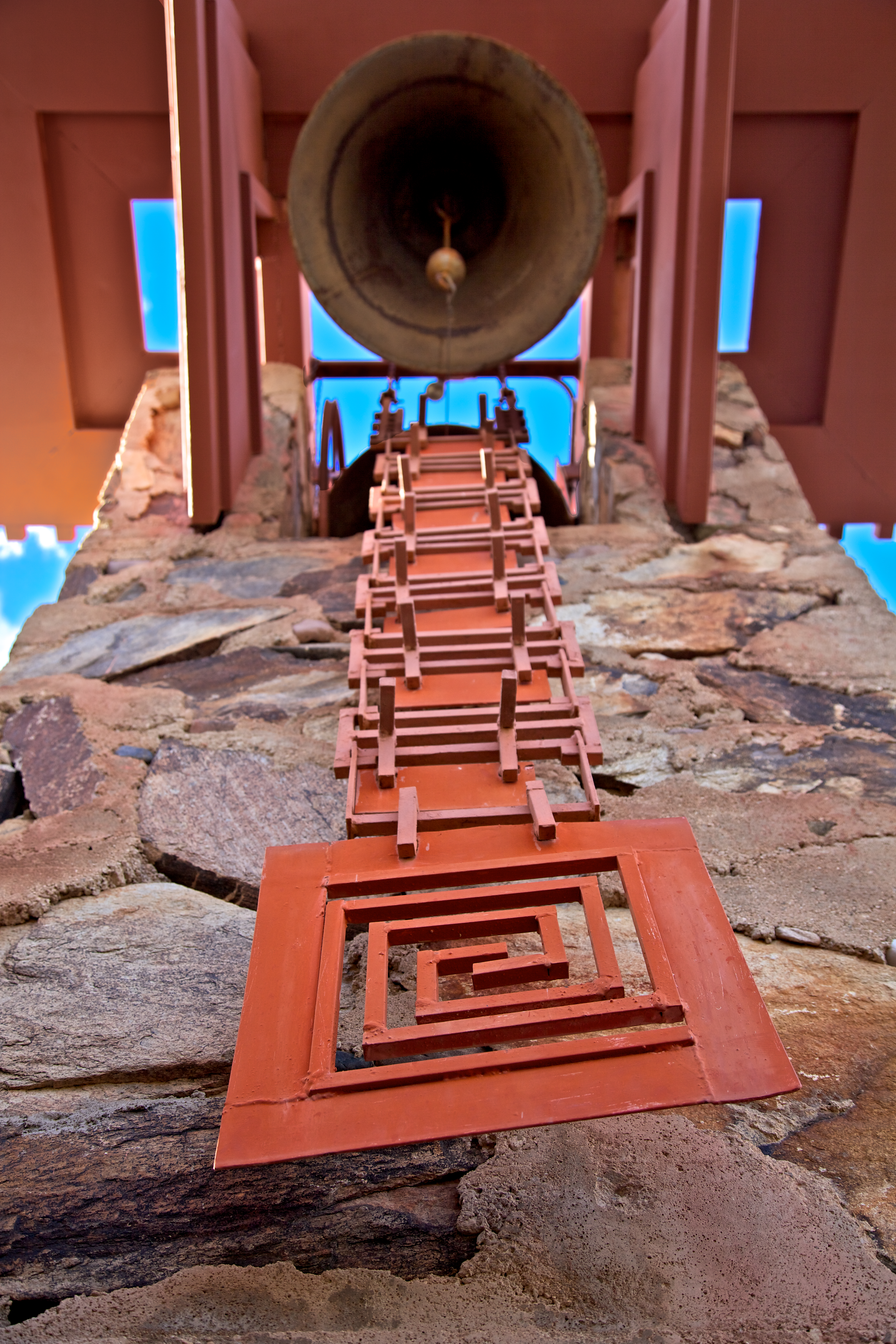 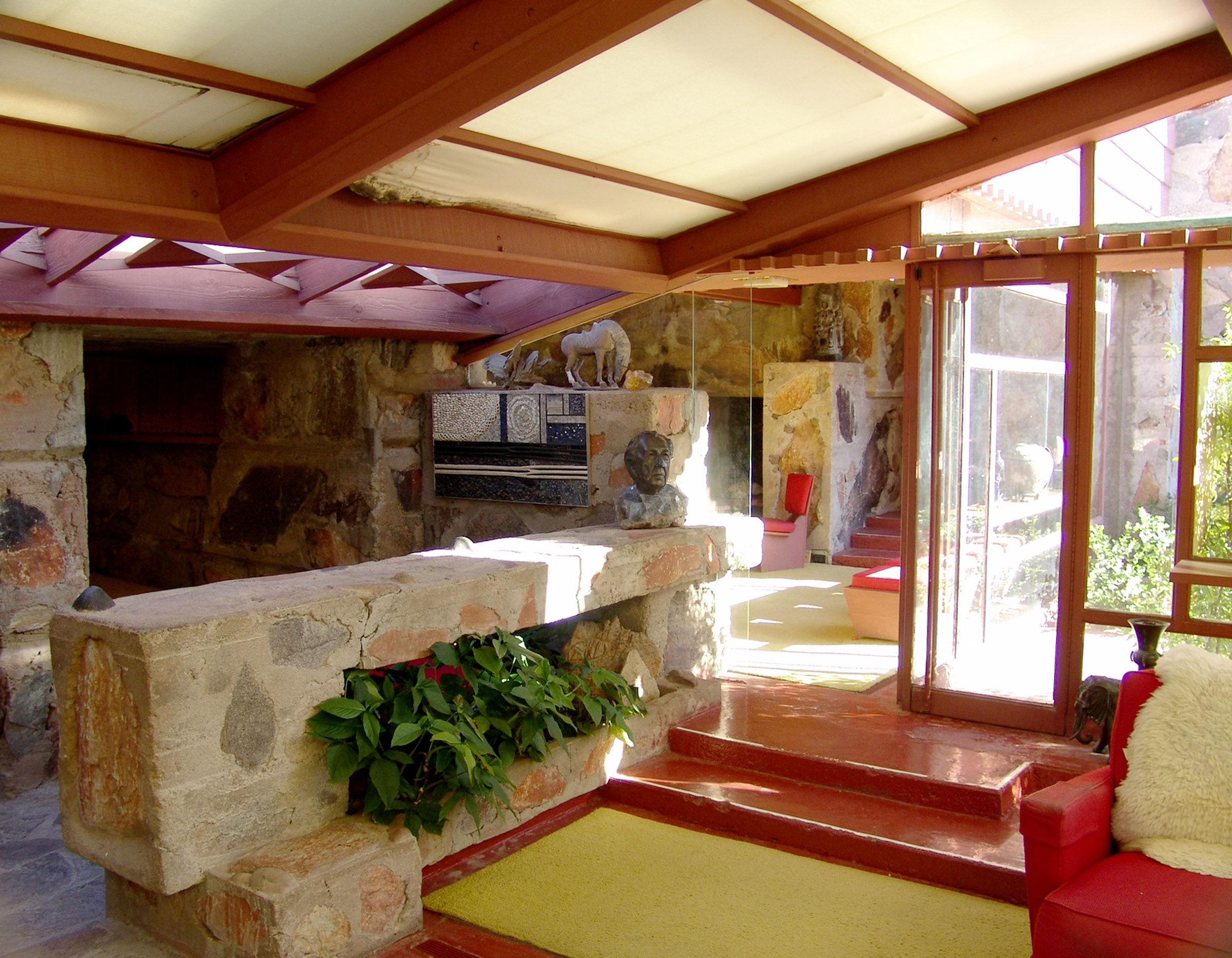 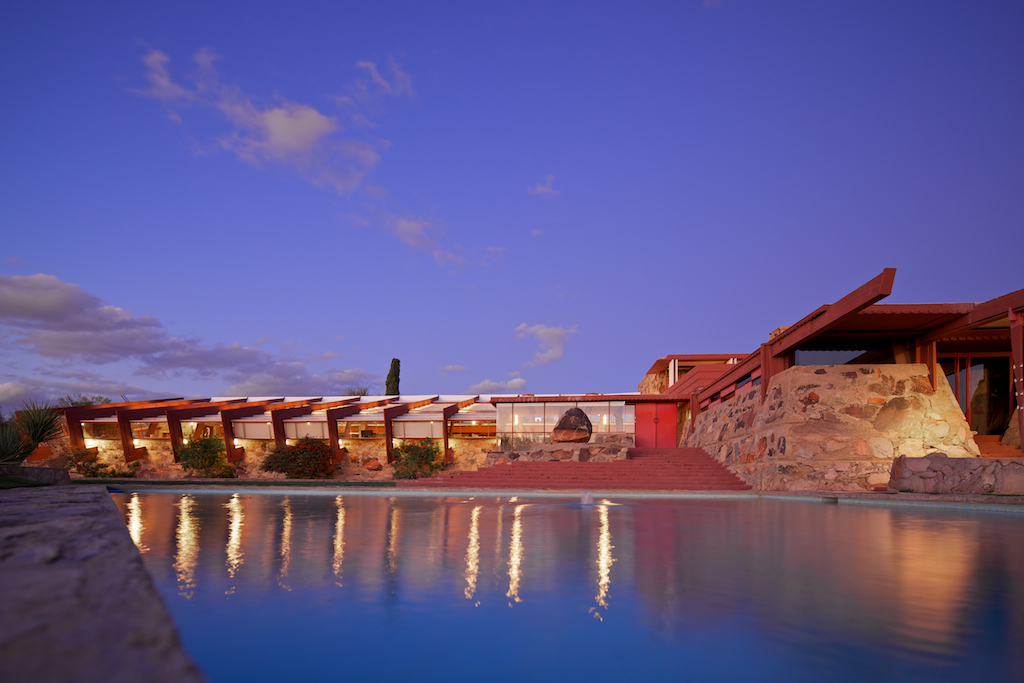 Hy-Fi, by The Living, to Debut at PS1

Basil Alkazzi: From Secular to Mystical

Hy-Fi, by The Living, to Debut at PS1

The 15th pavilion to transform MoMA’s PS1 courtyard in Long Island City will use organic and reflective brick to invert...