Last year, Cean Irminger found women to be her inspiration for a new mosaic collection.

A year earlier, it was Art Deco.

This year, the creative director at New Ravenna Mosaics on Virginia’s Eastern Shore is looking to nature.

“I wanted something something plant- and animal-based,” she says. “I was looking for patterns that repeat themselves all over nature.”

Thus the Biome Collection. “A biome is a term in biology,” she says. “It’s a natural community – animals and plants in an environment – and in a certain climate.”

She’s created 15 different pattens in five different palettes. “You can see the differences when you change the colors,” she says. “The looks can change completely, so it’s about the chameleon nature of the color palettes.”

There’s a warm Desert, with tans, browns, and creams – and accents of 24-carat gold. There’s a cold Tundra, with whites and grays. Her Grassland has greens and open vistas of flowers, plus verdant greens. Her Forest is bosky, with dark greens and browns. Aquatics feature blues and greens, iridescent to capture the feeling of shells.

“For some, we looked in the natural surroundings on the coast here, by walking on the beach,” she says. “For others we were looking at nature books and trying to emulate biomes like the desert and the tundra – plus it’s a cool way to interpret snowflakes.”

The collection’s all in stone with some glazed basalto, meant for floors and walls, but always to evoke the environment. “They were chosen on purpose to transport the viewer into nature,” she says. “We used the palette to tell the story.”

The scale of Biome ranges from a foot for backsplashes to some macro scales for large, open foyers “You can use it anywhere, but the silver and gold goes on walls because they can rub off,” she says.

And it varies, pattern to pattern. “Some are super-small with a tight repeat,” she says. “Some, like Seafoam, are on a grand scale for a larger expanse to experience the pattern.”

All of them though, whether used indoors or out, are meant to wake us up to what nature might offer 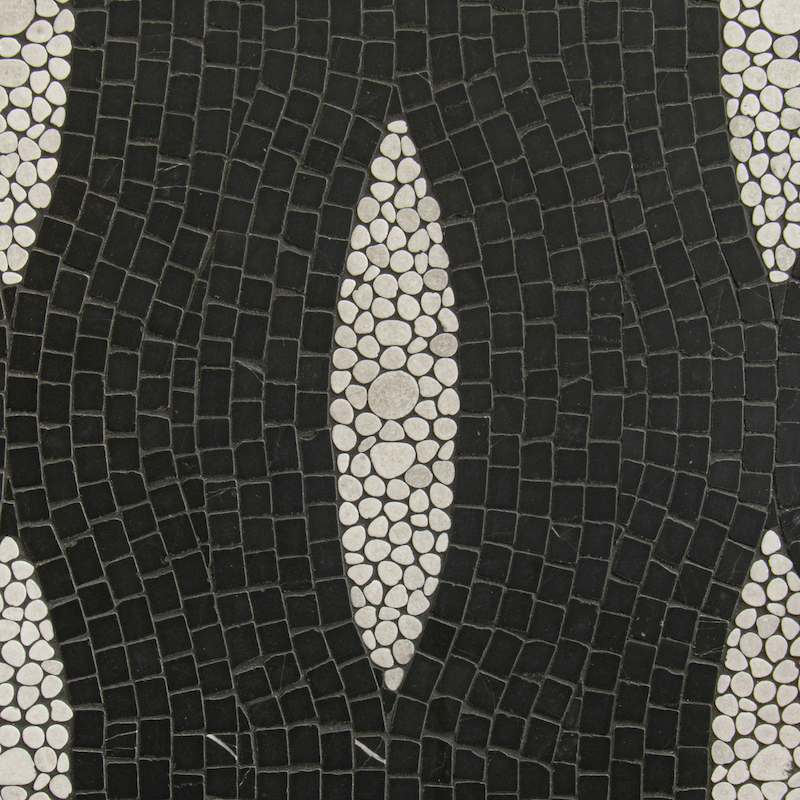 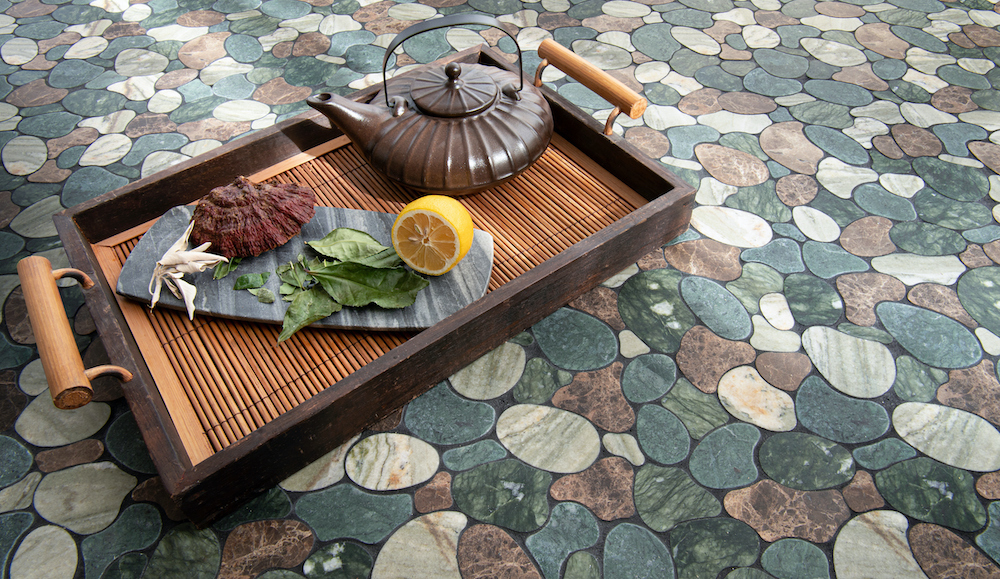 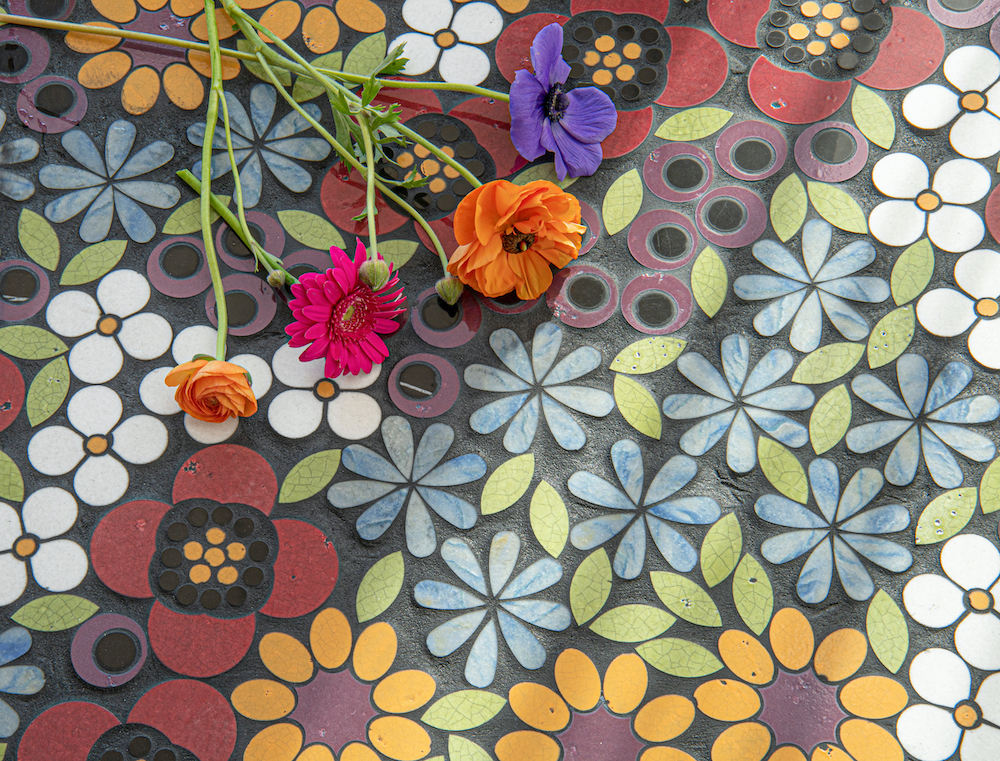 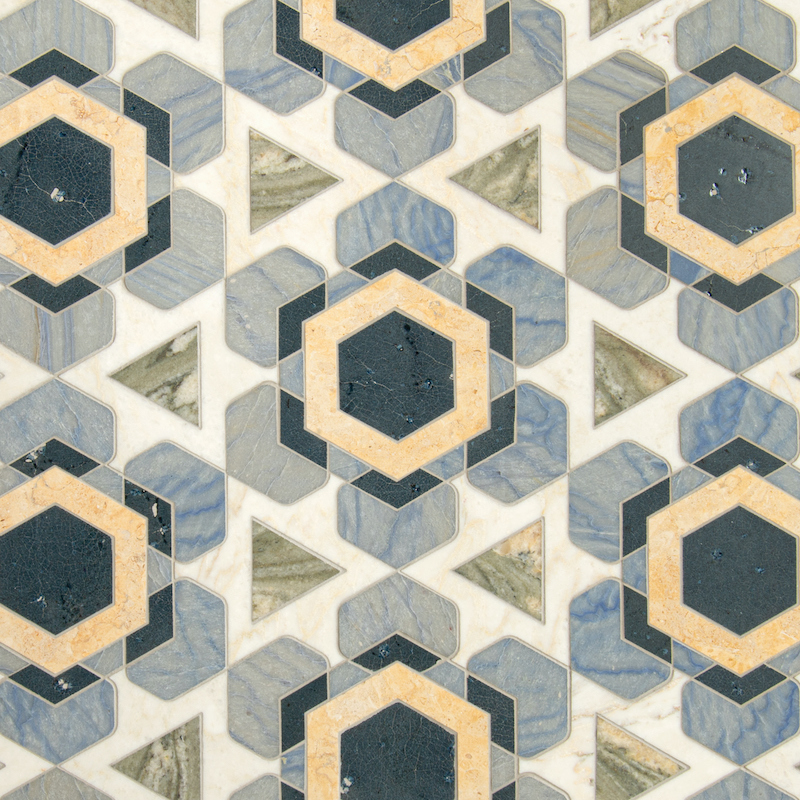 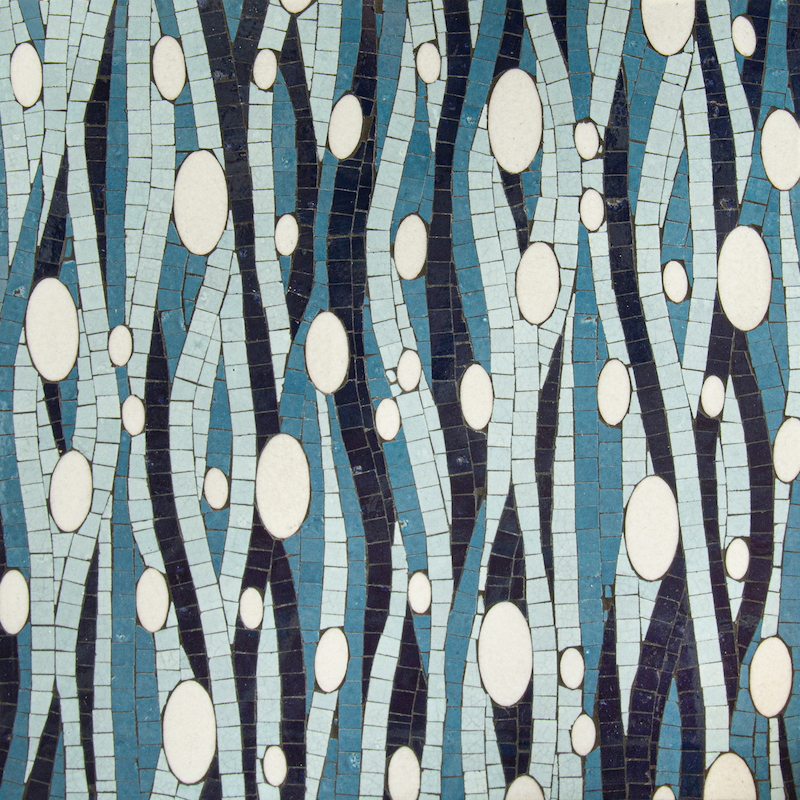 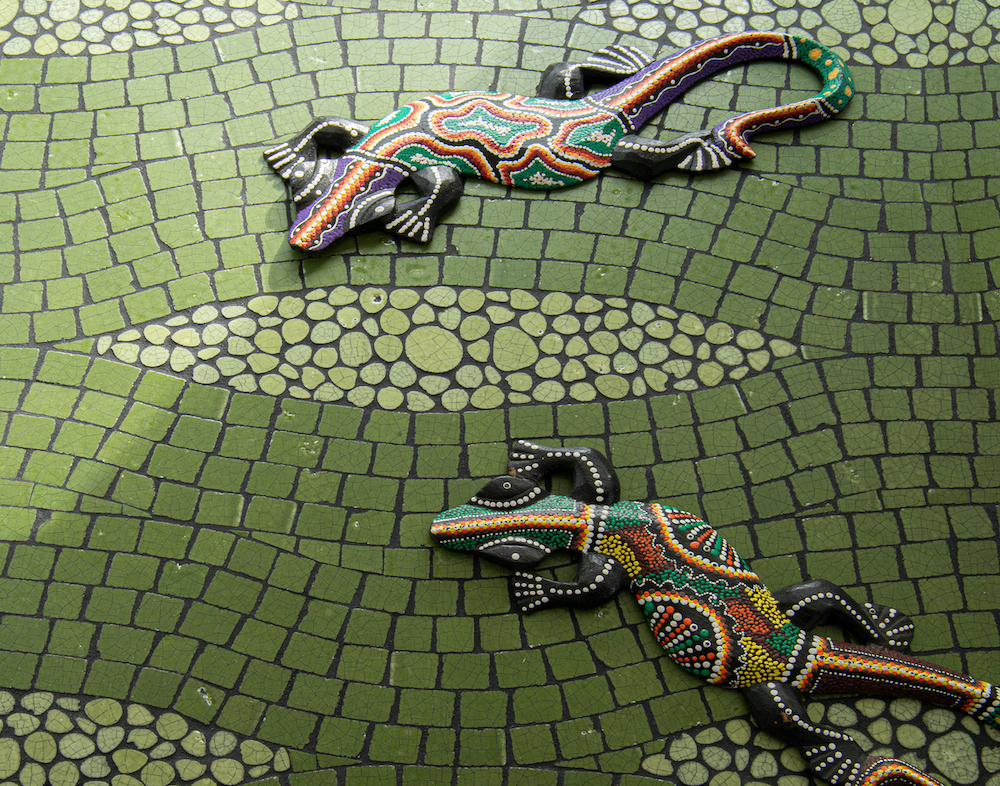 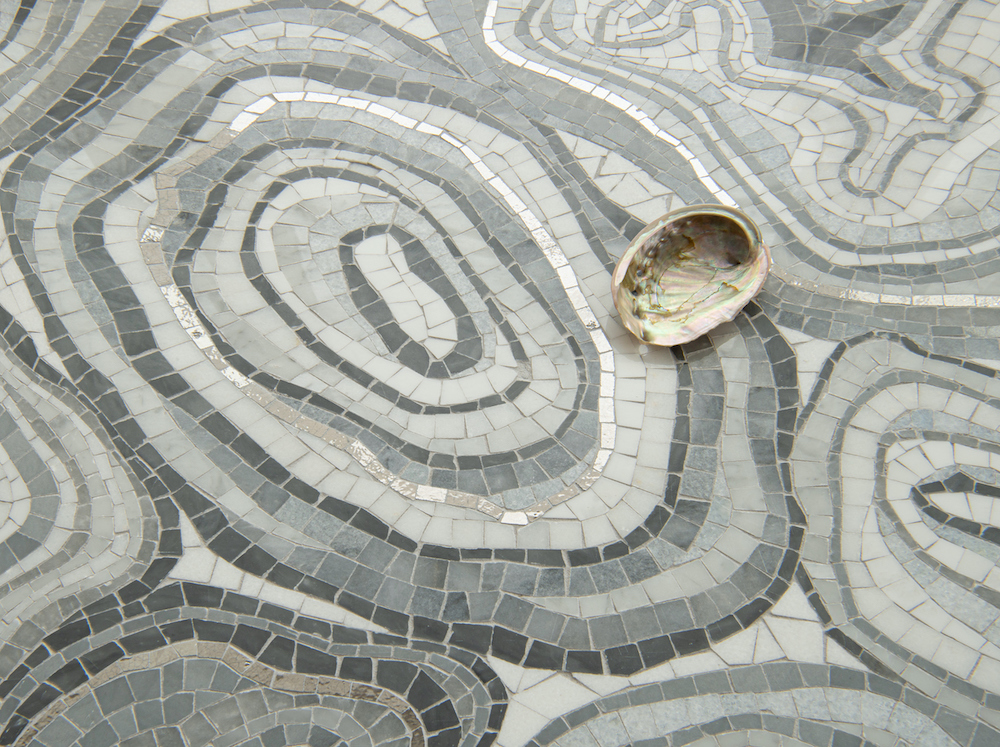 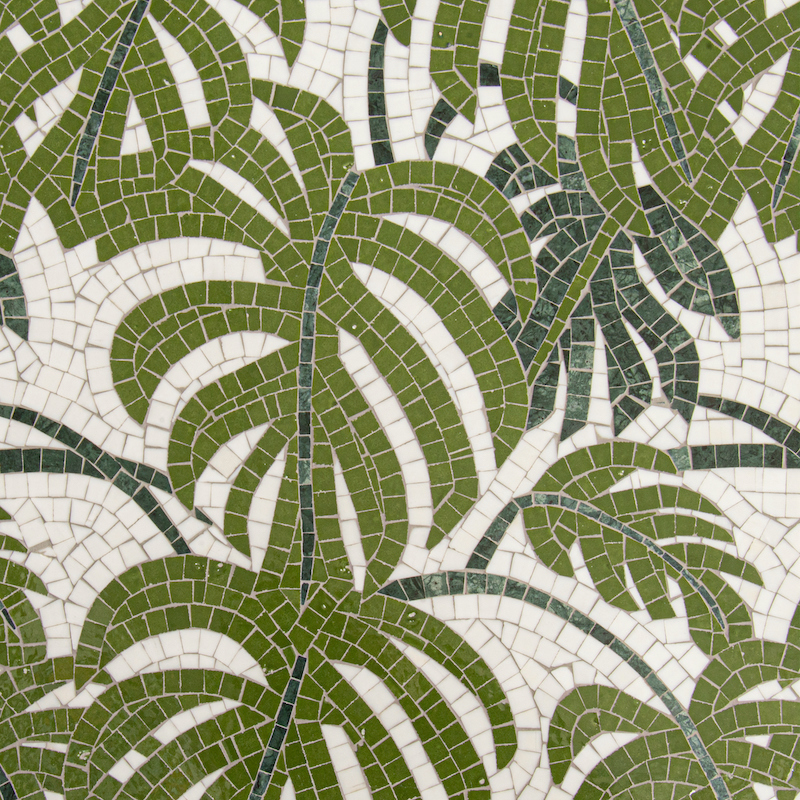 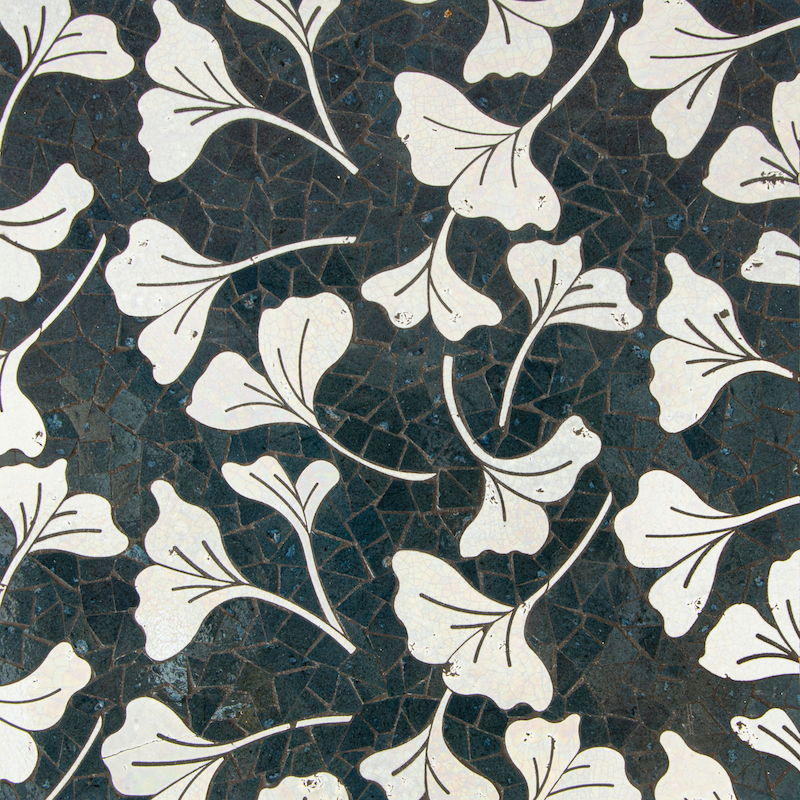 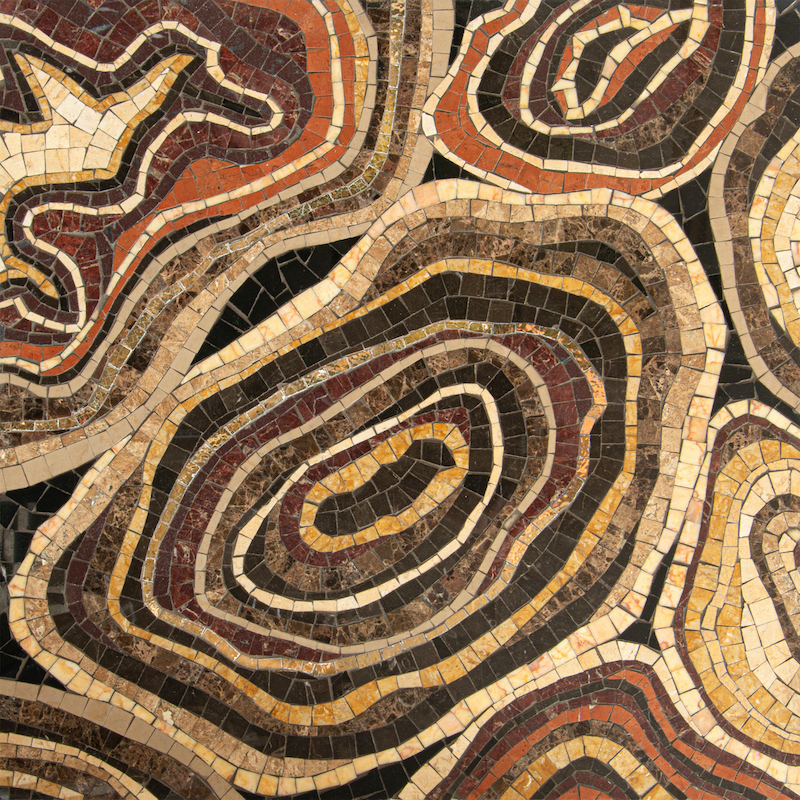 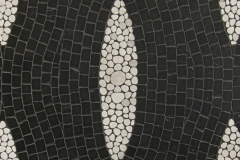 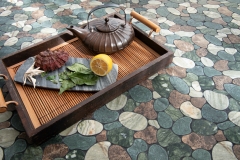 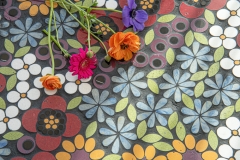 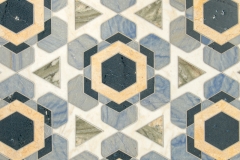 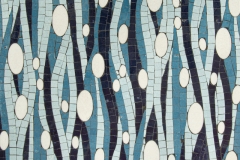 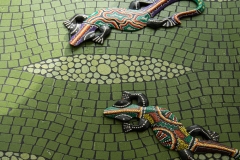 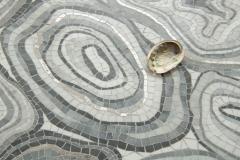 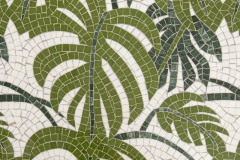 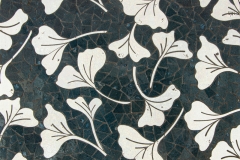 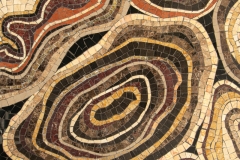 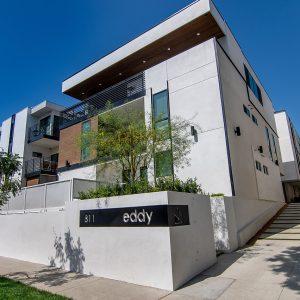 So why shouldn’t co-living spaces have recording studios and green rooms? This is Hollywood, after all. And Leeor...