Brian Rose has published the definitive photographic book on the demise of Confederate statues on Richmond’s Monument Avenue.

Heady symbols of one of the most racist, far-reaching, and outright false propaganda campaigns ever, the statues of Jefferson Davis, Robert E. Lee, Stonewall Jackson, J.E.B. Stuart and Matthew Fontaine Maury were defaced, torn down, or removed during the summer of 2020.

Only Lee’s statue remains, the subject of court battles over its future. In a two-page spread featuring a photo of Lee’s graffiti-covered pedestal, Rose quotes The Washington Post’s architecture critic Philip Kennicott under a heading of “Lee Defrocked”:

“The graffiti on the statue’s base is now multilayered, words over images over more words. A palimpsest of messages has replaced the single narrative of greatness the statue once spoke, and an explosion of color has been overlaid on the old, pale blankness of the stone. Lee is no longer the focal point of the circle, but a ridiculous figure who seems to have wandered in on his horse from a cheesy Western or costume pageant. No one pays him any attention.”

That’s only one narrative to be found in Rose’s new book, “Monument Avenue.” Others come from W.E.B. Du Bois, William Faulkner, and editors of late-19th and early-20th-century newspapers, both black and white.

“Some are from back then – like at the unveiling of the Lee statue with flowery language to describe him as a near-perfect human being, but at the same time there are quotes from black newspapers at the time, providing lists of people who’d been lynched,” Rose says.

But perhaps the most compelling paragraphs come from an August 2017 letter to Richmond’s mayor and the Monument Avenue Commission, from two great-great grandsons of Jackson:

“While we do not purport to speak for all of Stonewall’s kin, our sense of justice leads us to believe that removing the Stonewall statue and other monuments should be part of a larger project of actively mending the racial disparities that hundreds of years of white supremacy have wrought. We hope other descendants of Confederate generals will stand with us.

“As cities all over the South are realizing now, we are not in need of added context. We are in need of a new context – one in which the statues have been taken down.”

Three years after that letter was sent, the statues were taken down by both mobs and city cranes, in the wake of George Floyd’s murder by a Minneapolis police officer.

“There were cascading events and demonstrations in the streets, and I was following them but wary of the virus and avoiding the crowds – but I felt I needed to cover what was going on,” Rose says. “I’m a Virginian, and I saw the Jefferson Davis statue pulled down and within a day I drove to Richmond with my son and decided to photograph Monument Avenue.”

What he found in Richmond was unlike anything the former Capital of the Confederacy has ever seen. “There were still protests going on but the violence had transformed into more a mood of celebration,” he says. “There was sense that statues had been appropriated and turned into something else – at the Lee statue with its circle of grass, its pedestal was a kind of stage for speaking and even for dancing.”

Rose returned to New York, but came back in the fall of 2020 to photograph the empty, graffiti-clad pedestals.

And now, the Cooper-Union- and U.Va.-educated photographer has published his eighth book on our urban environment.

And it’s a stunner.

Tomorrow: The past and future of Richmond’s Monument Avenue. 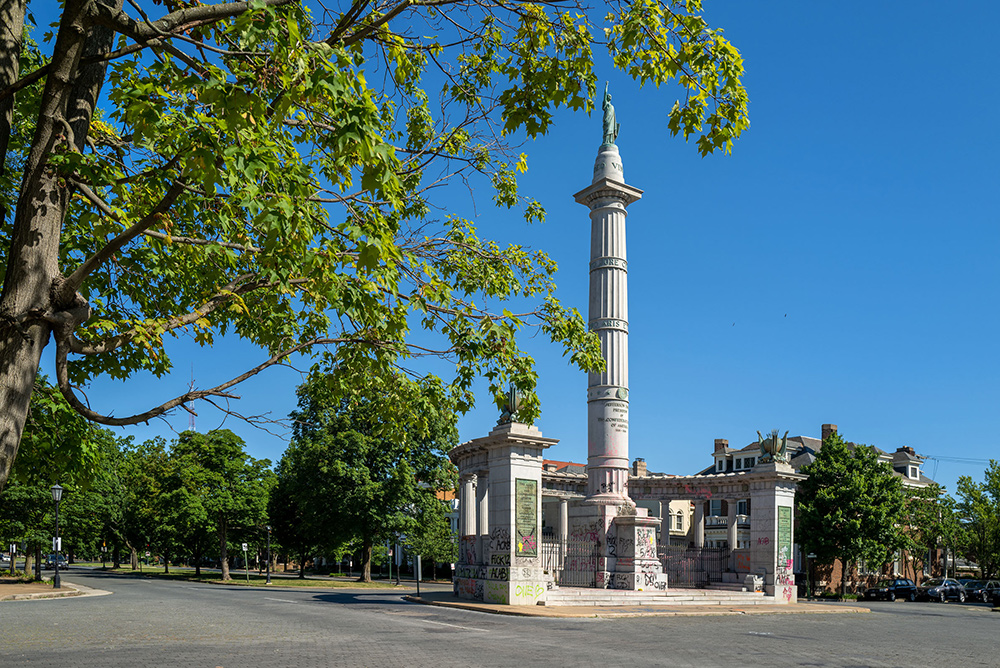 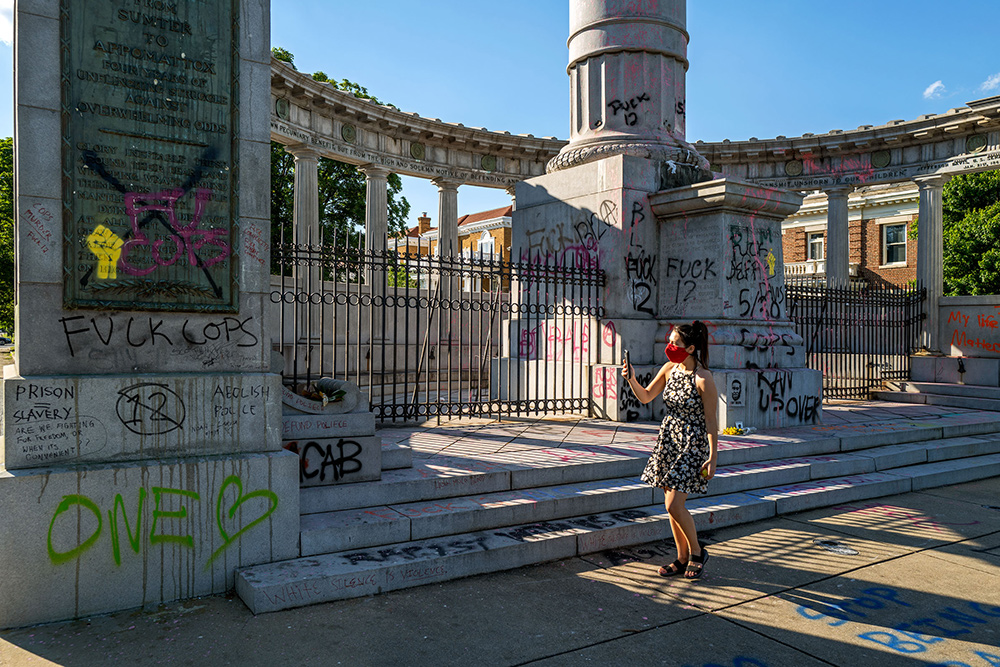 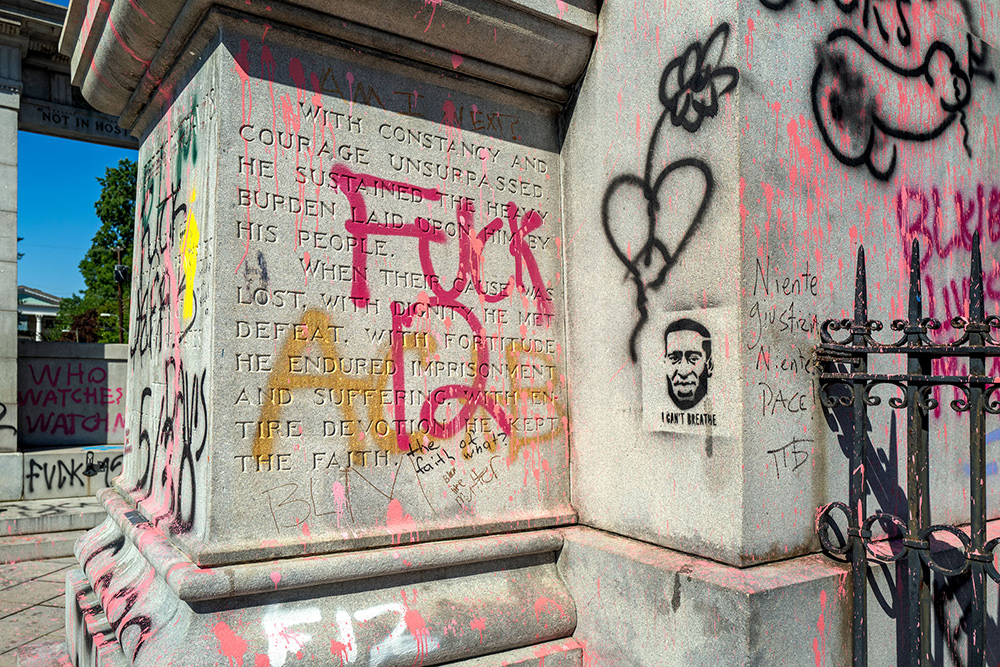 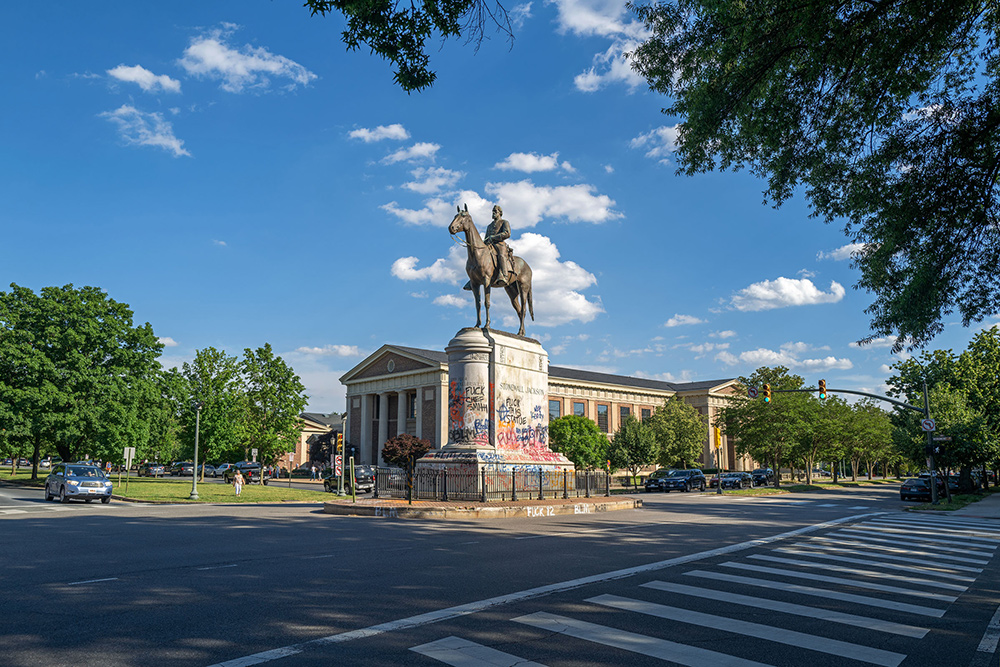 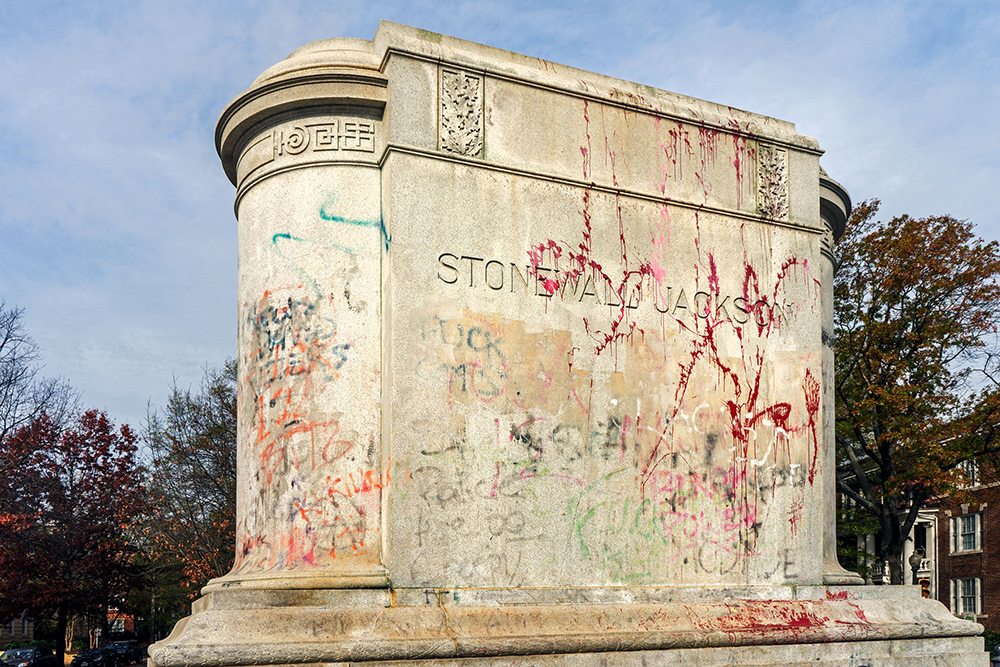 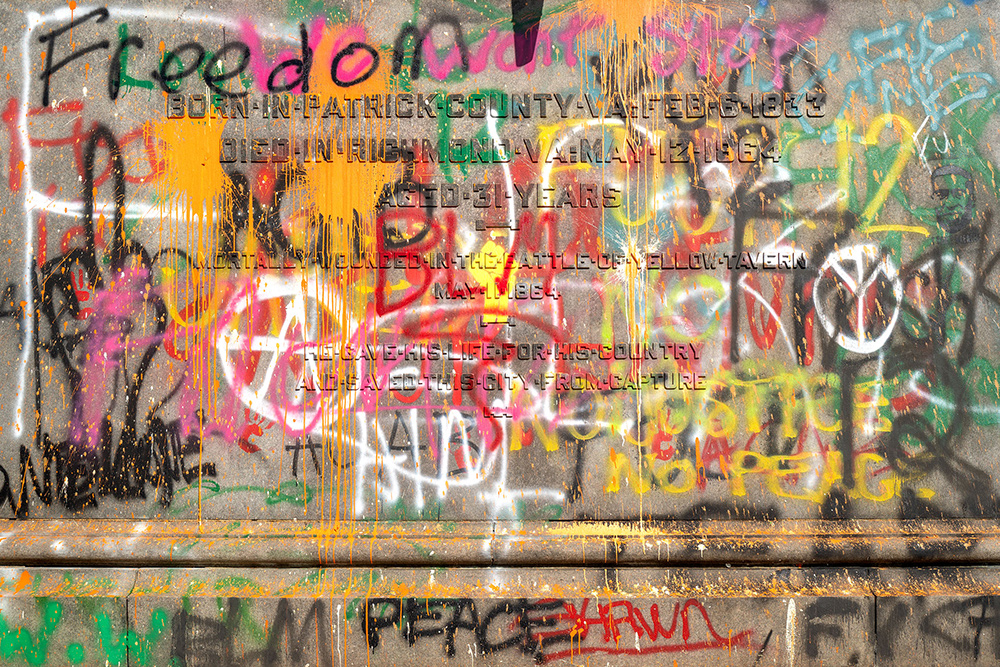 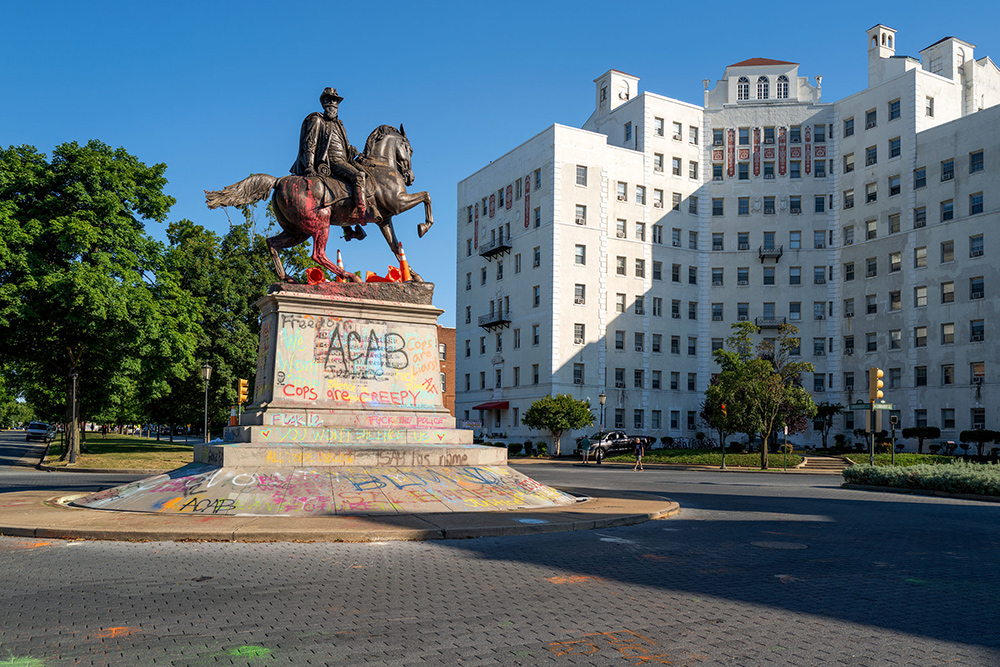 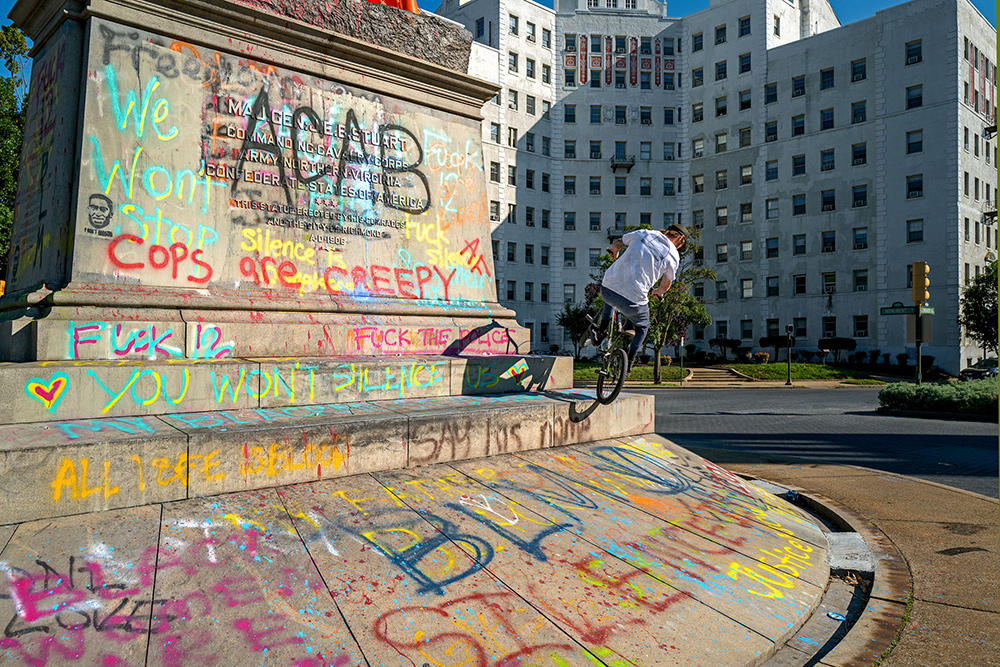 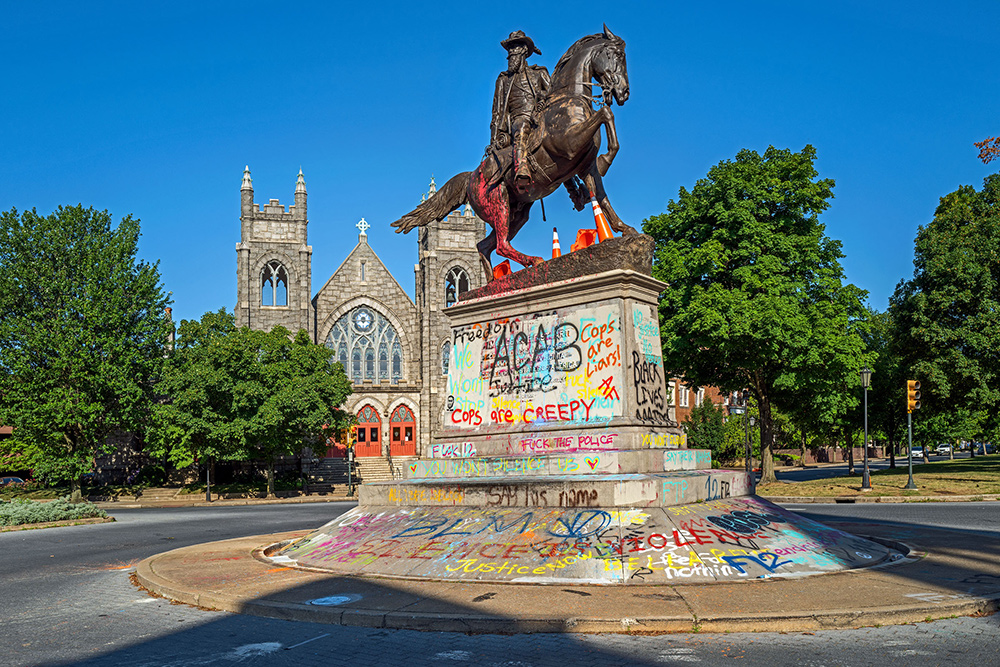 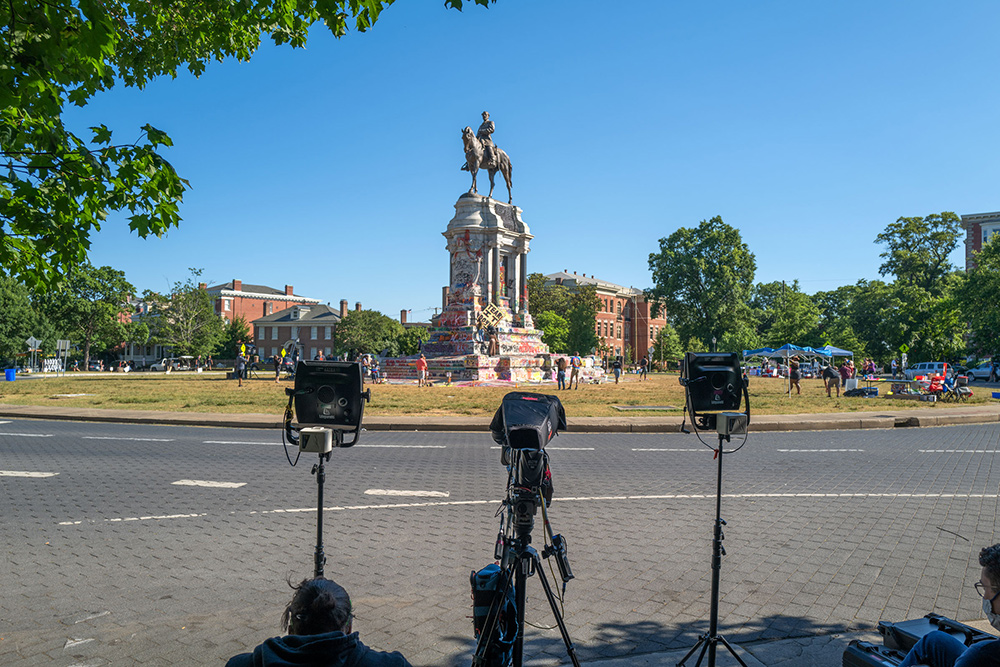 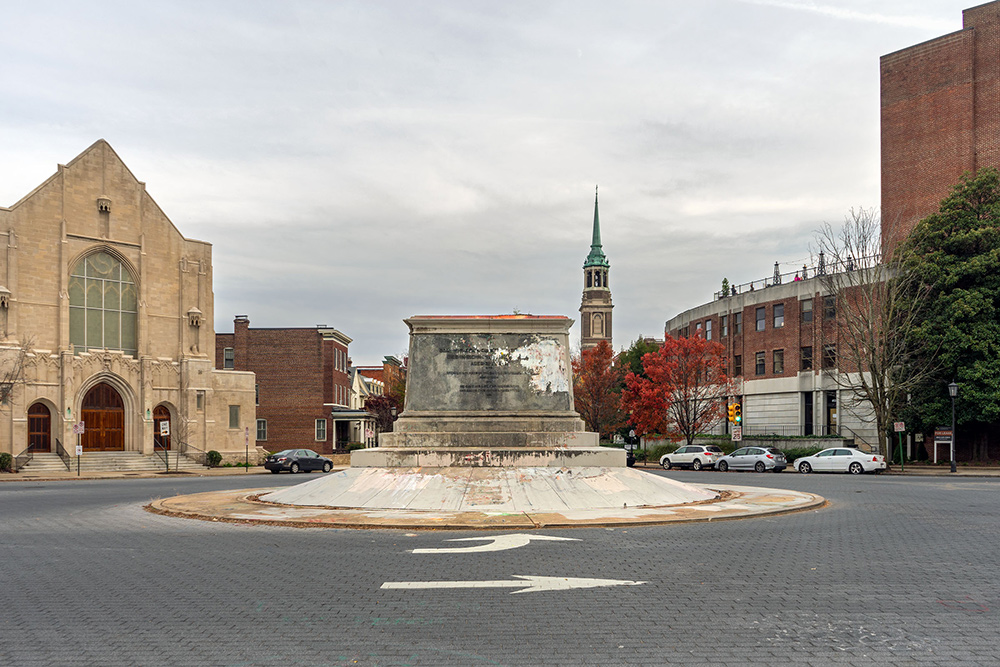 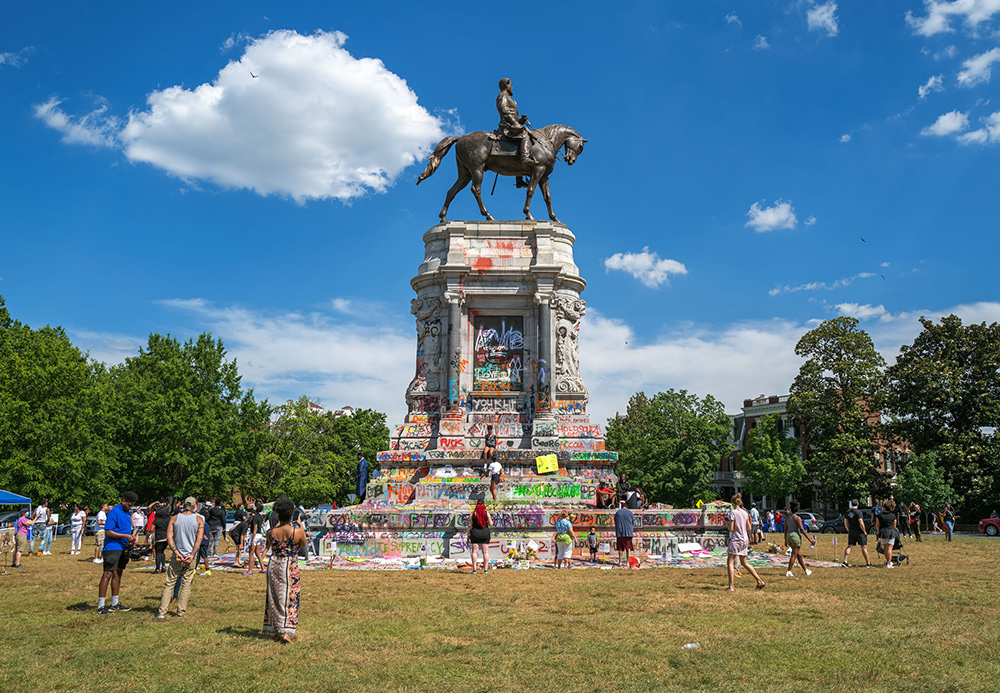 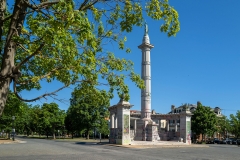 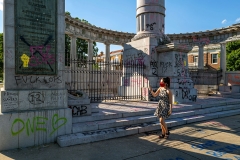 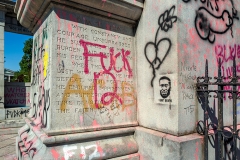 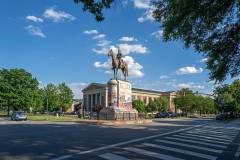 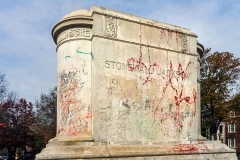 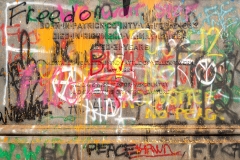 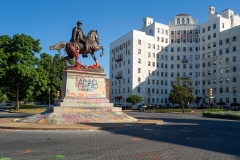 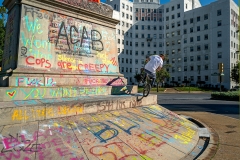 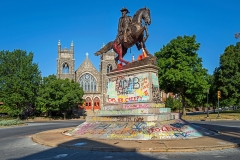 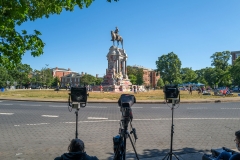 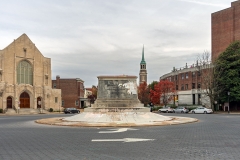 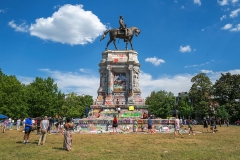 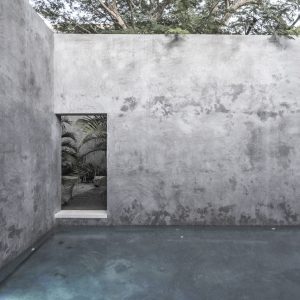