Curtis Olson is an Architect Who’s Turned to Art

Curtis Olson started making art on a full-time basis less than a decade ago. Before that, he’d been practicing architecture in California and Wyoming for twenty years.

“One Friday about eight years ago, I was driving to my grandmother’s memorial service in Missoula, Montana and thinking of the unfulfilled dreams she’d had in her life,” he says. “On Monday morning I quit my job and began my art career. I lived on credit cards for a year until it finally began to be a bit profitable.”

He’d been making art in his spare time throughout his first career, thinking that someday he’d make it full time. “But I loved architecture. I dreamed about architecture and most of my vacations were to see great architecture,” he says. “I poured my heart and soul into most of my projects, so I found it hard to leave.”

Some of those projects included the San Francisco International Airport, the Asian Art Museum there, and other buildings in Samoa, New Zealand, Beirut and Canada. He was also the lead local architect on the Amangani Hotel in Jackson, with its Zen aesthetic inspired by the Western United States.

“Every resort hotel in Jackson focused the view of the Teton Mountain range, but the Aman properties are based on Zen principals and it was felt that the jagged peaks of the Tetons were unsettling,” he says. “So we sited the first Aman hotel in America to focus on a ranching valley below, which was felt to be Western Americana and contemplative at the same time.”

Just as he pursued the concept of contemporary regional vernacular in his work in Jackson, he’s carried that concept through to his artwork. “I create pieces that feel rooted in both the place in which they are made but also in their time period – now,” he says.

He grew up in a semi-nomadic childhood out west, and his work reflects that. “I’ve always been attracted to the vastness and loneliness of the land,” he says. “And I’ve have tried to portray a bit of that in my work.”

He calls his color palette earthy but intense. He’ll use photographs that he takes himself in his works, as well as steel, copper, brass and tin that he ages for patina outside his studio. He applies layers, paints, dyes, inks and waxes, then removes them, and re-applies them.

He currently busy on a new body of works called “Maps” inspired by imagery emerging from the Gulf oil spill. His new show of that work, called “Mapping Catastrophe and Happiness,” will open at the Phoenix Gallery in Park City, Utah on August 6th. 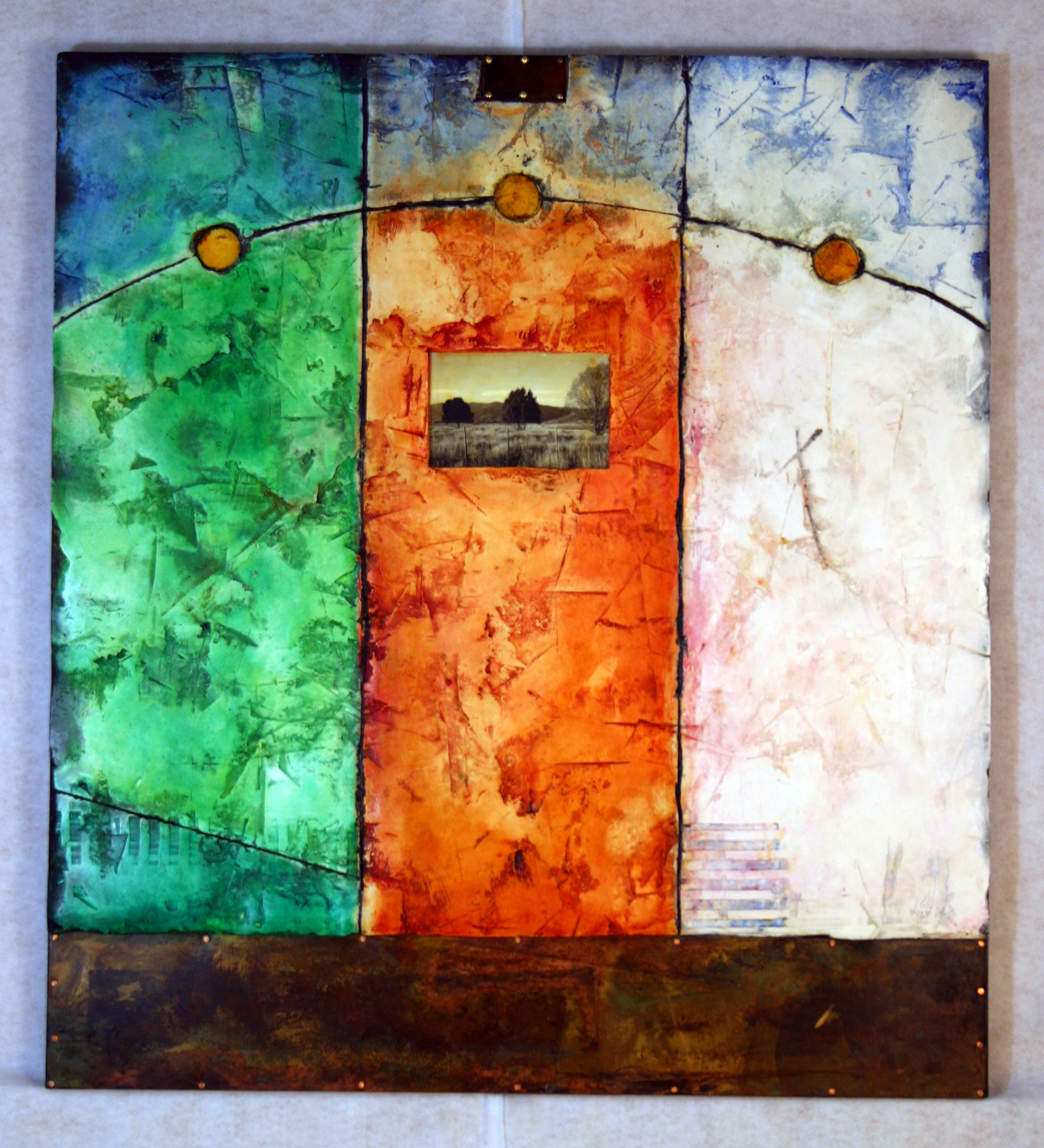 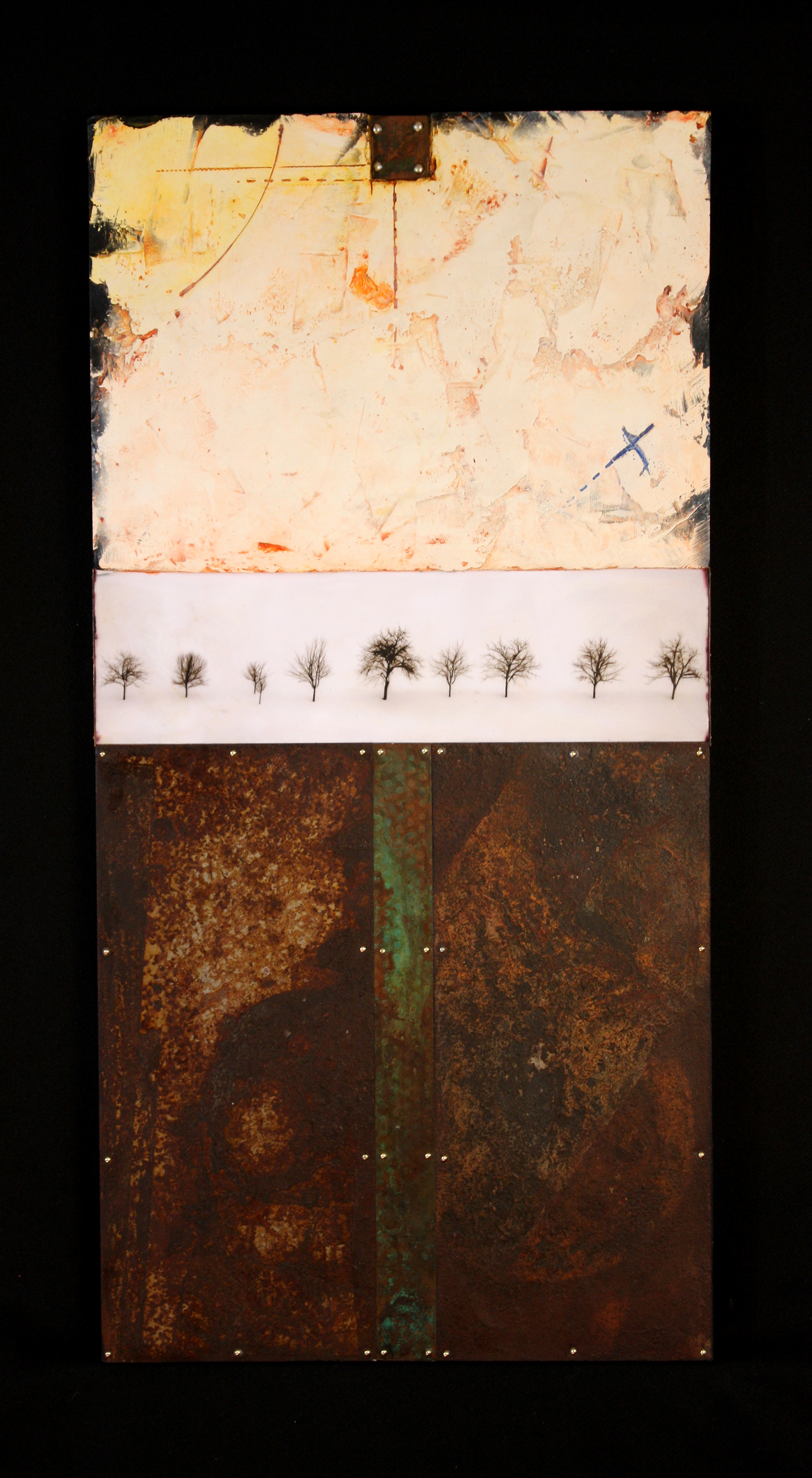 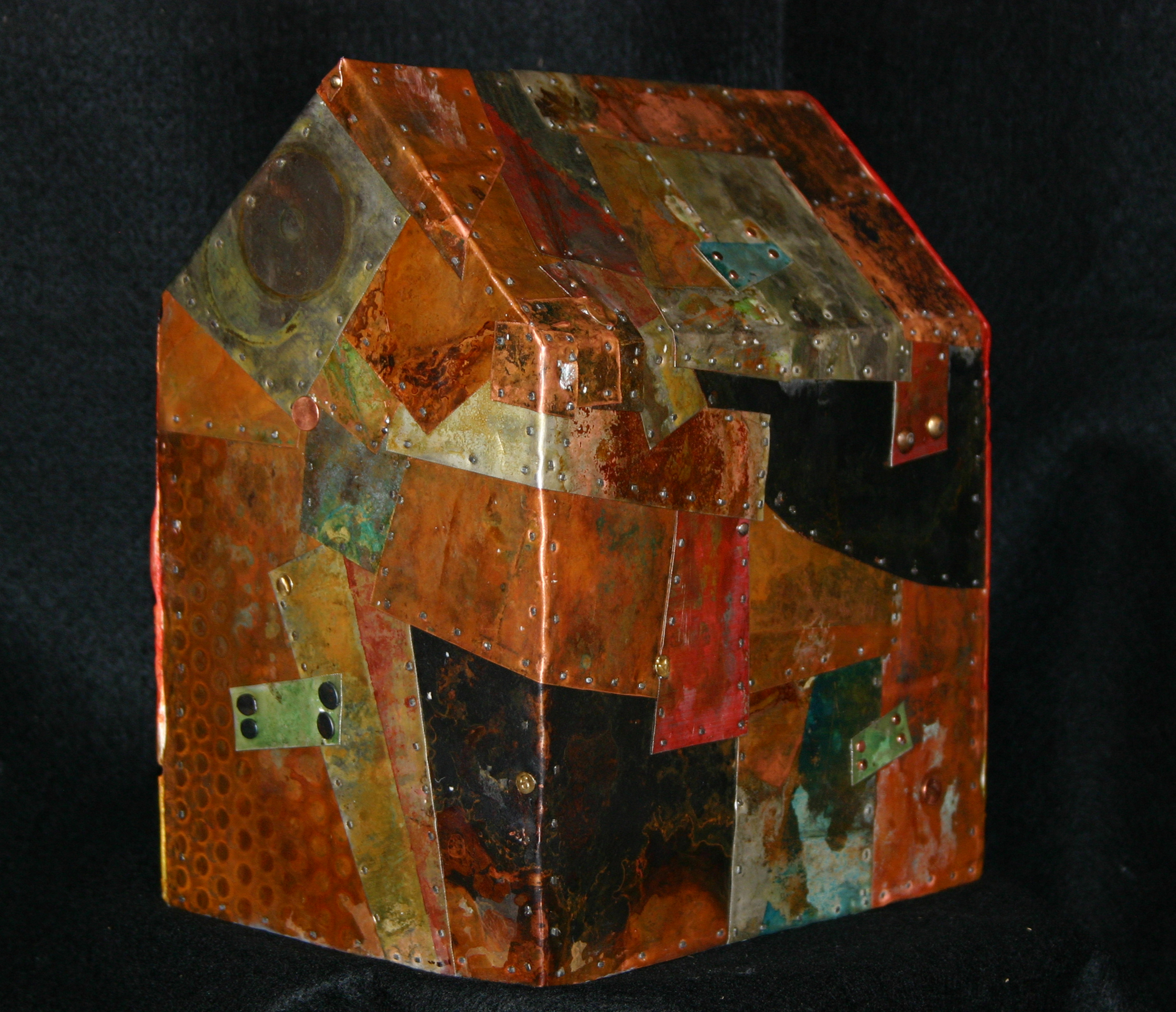 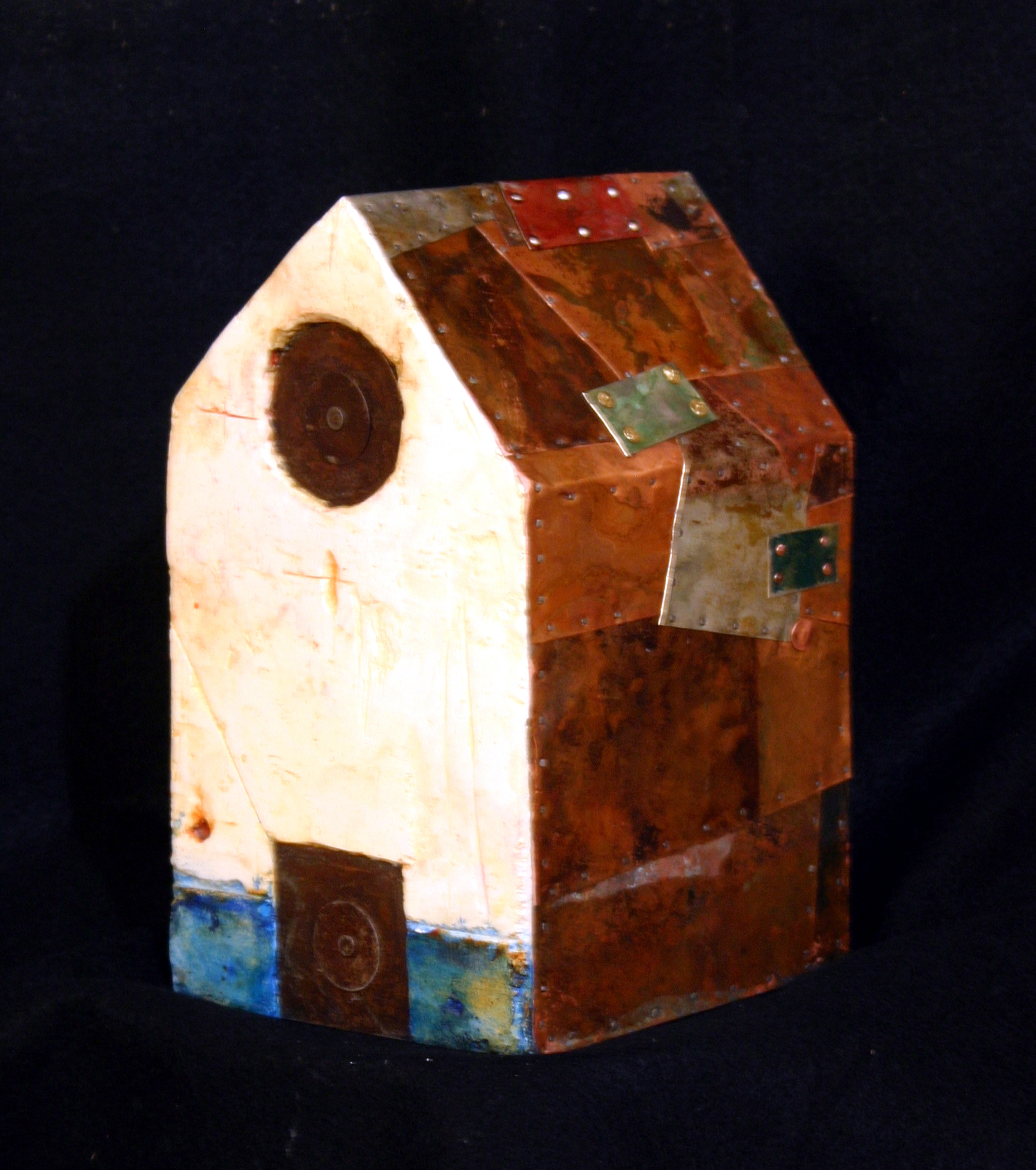 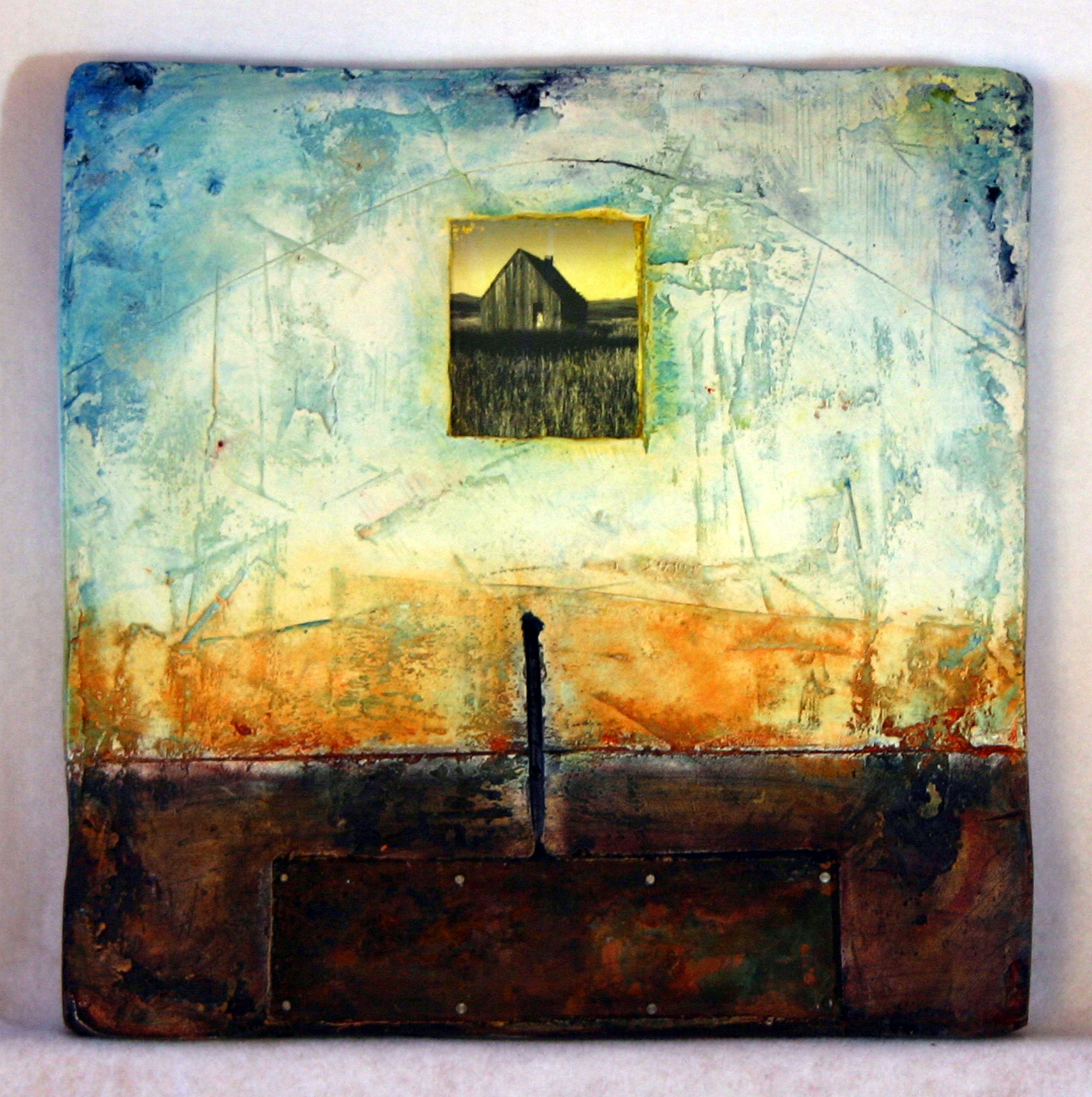 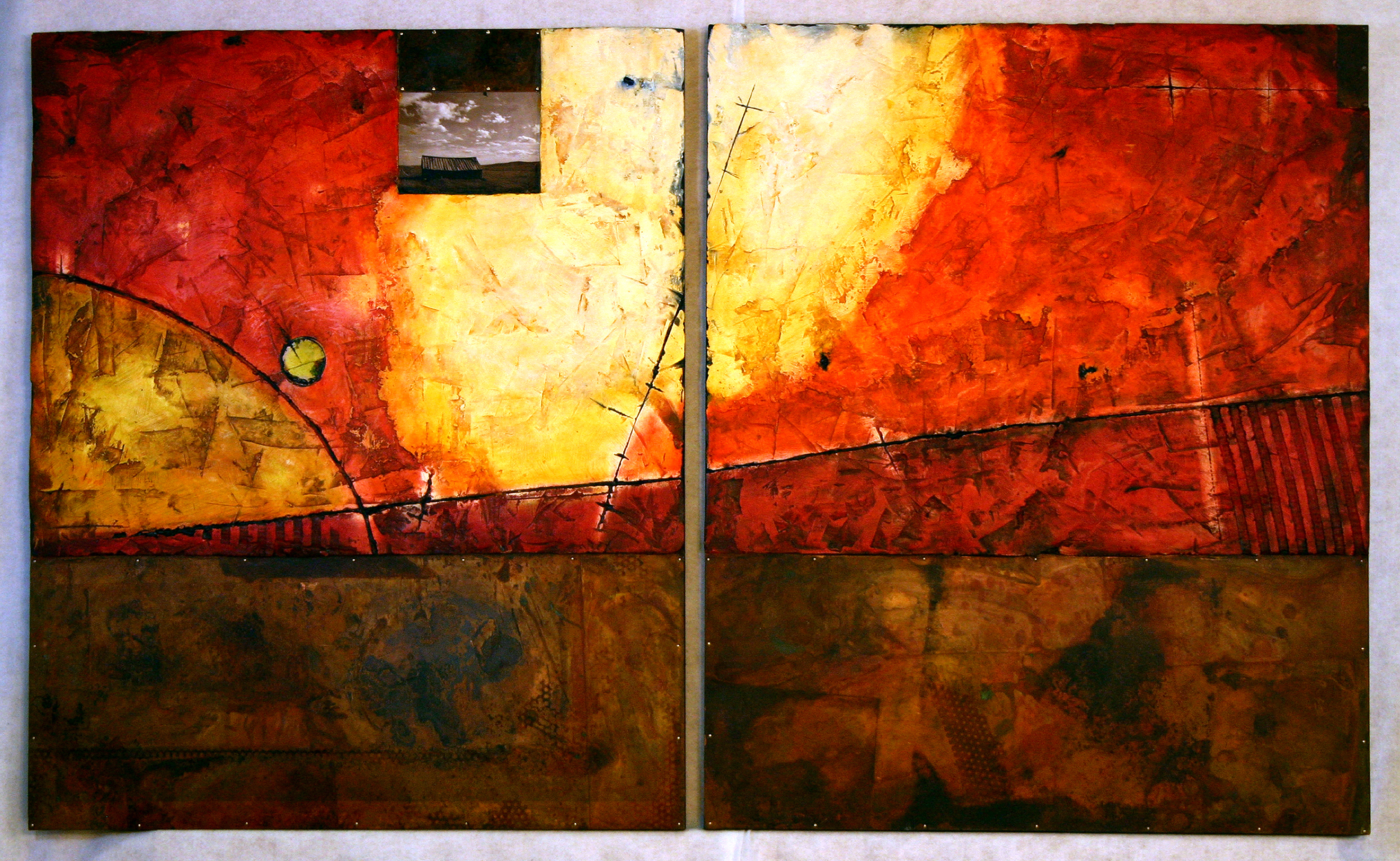 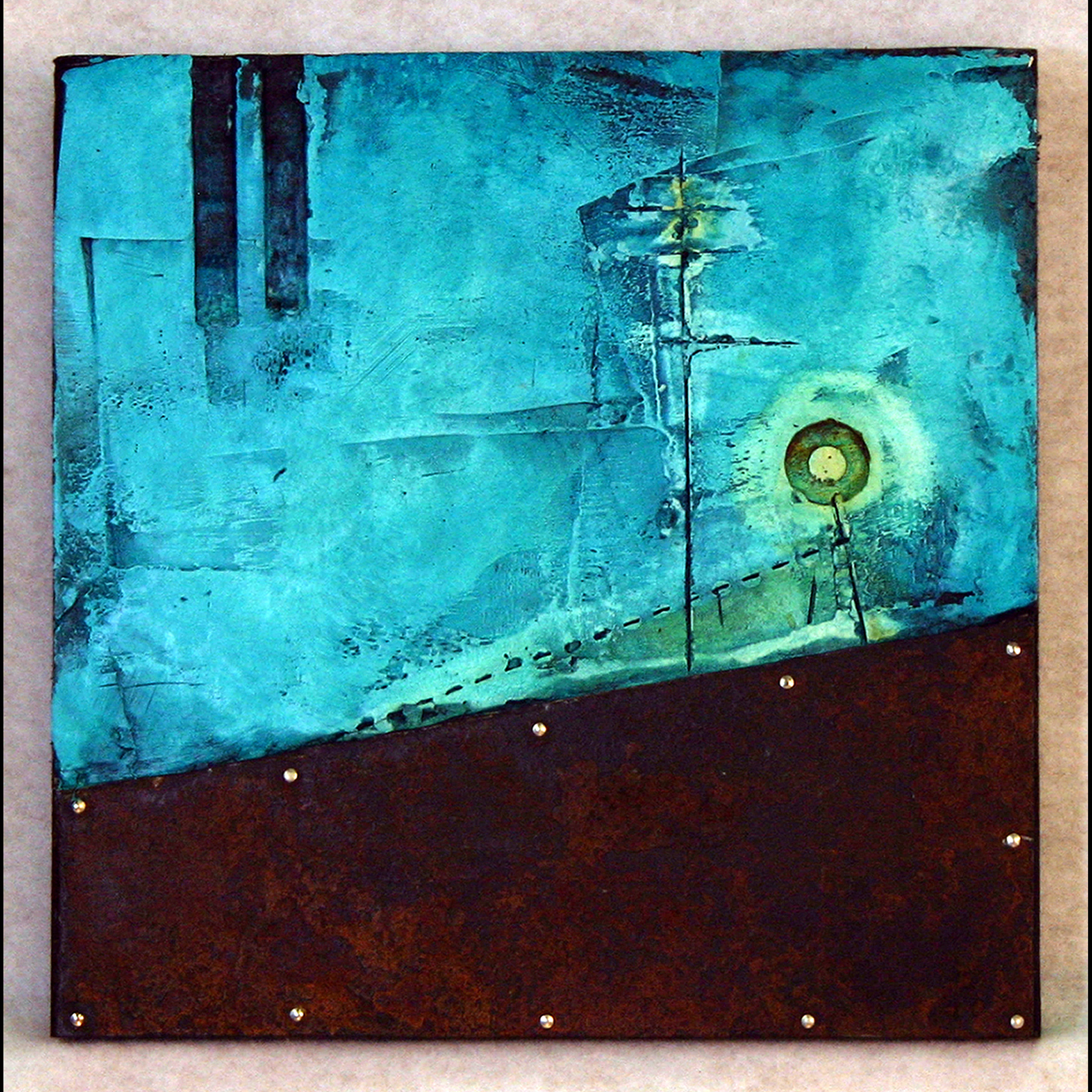 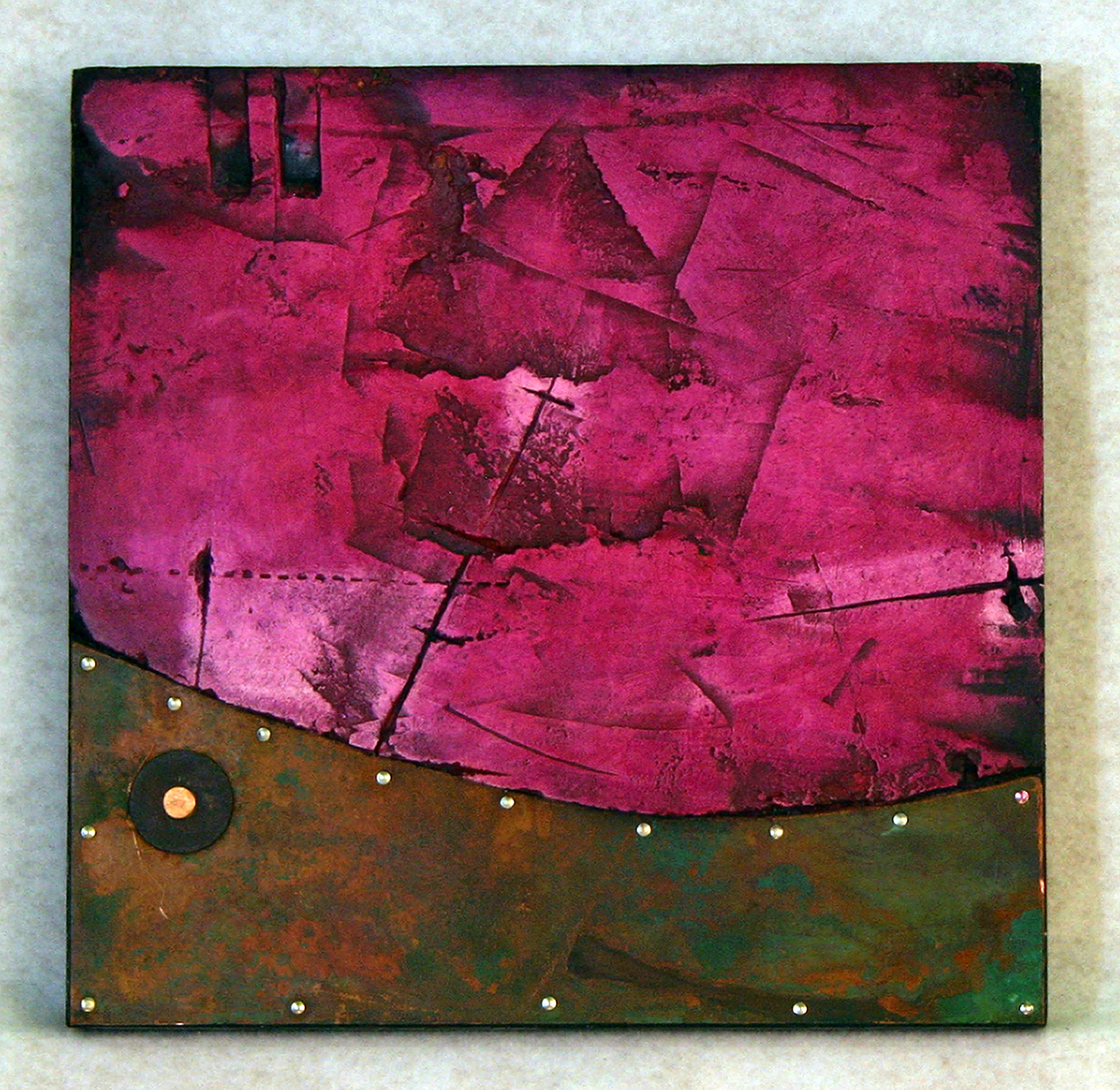 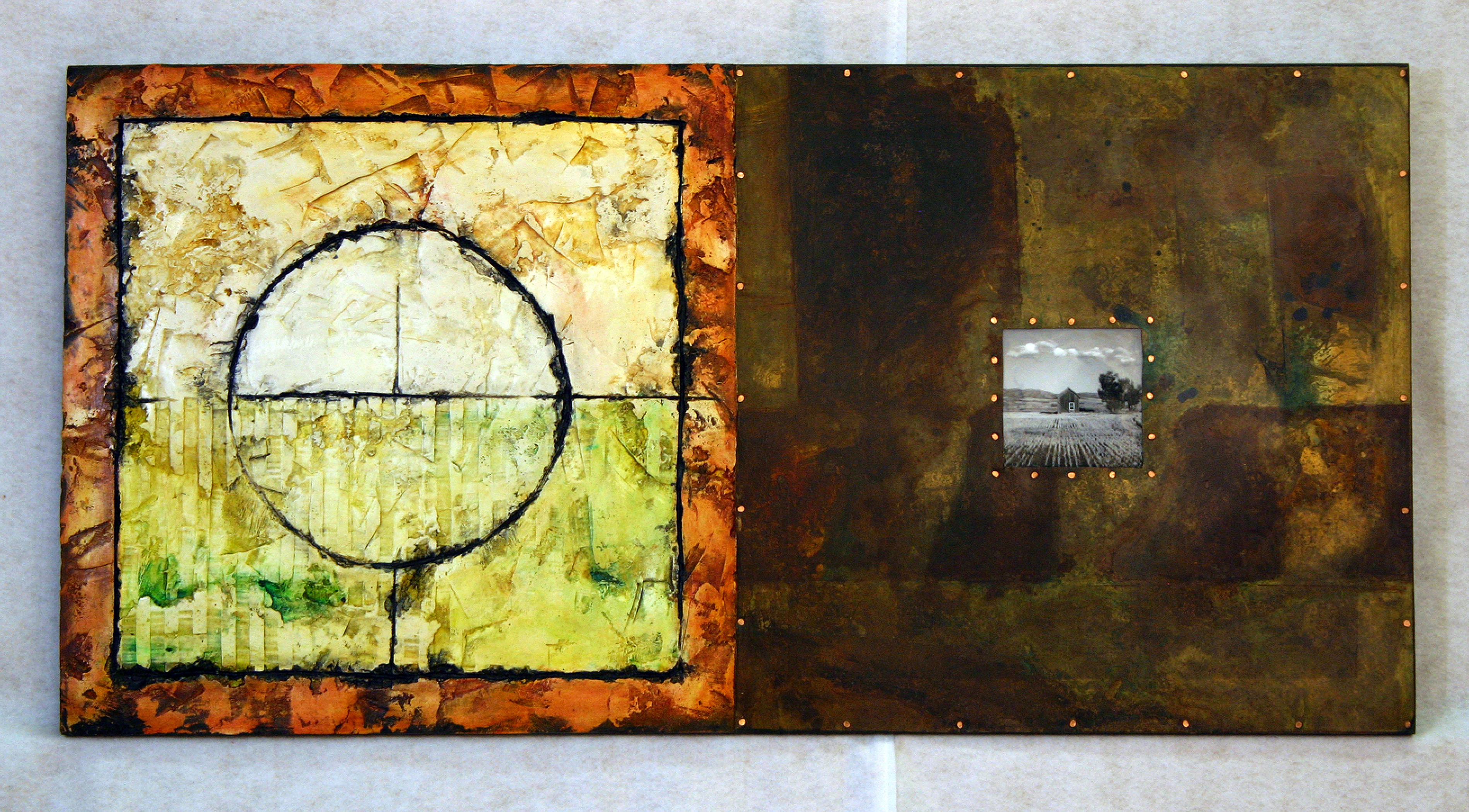 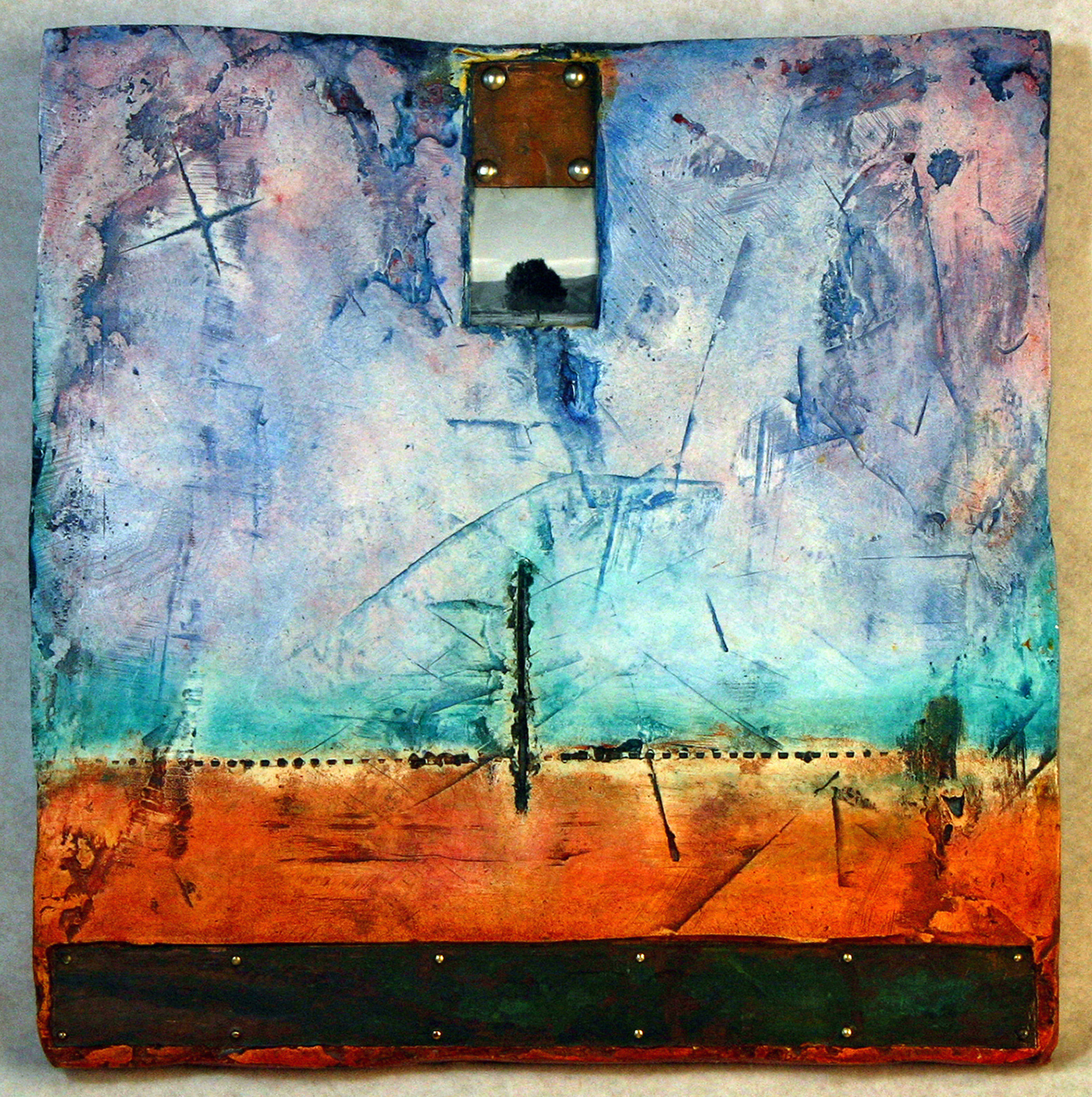 In Vermont, Clients as Friends and Friends as Clients

Great Blog post. I am going to bookmark and read more often. I love the Blog template 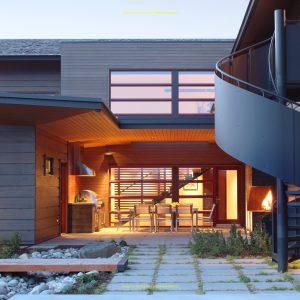 Bowing to the conservative nature of the neighbors, architect Eric Logan used more restraint than usual on his Peaks View...