Toronto’s Studio Munge, an interior design firm known for its work at the Rosewood Hotel Georgia in Vancouver, the Park Hyatt Los Angeles and the Bisha Hotel in Toronto, recently completed work on Nightingale in Vancouver. We recently interviewed the designers about that project:

What was the assignment from the client?

Nightingale’s name is inspired by Aesop’s Fable of the Hawk & the Nightingale, which tells the story of a hungry hawk who chooses to keep his tiny nightingale instead of waiting for a bigger bird to come along: it gives us the proverb ‘A bird in the hand is worth two in the bush’.

This is David’s second restaurant designed by Studio Munge and with the latest installment to his culinary repertoire David wanted to embrace the fresh coastal crowd and the heritage of the space as he’d chosen a menu offering modern Canadian cuisine with an aged feel.

A native Vancouverite, Chef David Hawksworth spent a decade working on his craft in Europe in Michelin-starred kitchens such as Les Manoir aux Quat’ Saison, L’Escargot and The Square. The youngest inductee into the BC Restaurant Hall of Fame, David realized his culinary vision at the very heart of downtown Vancouver with his first restaurant Hawksworth. With a deep appreciation for local ingredients and absolute insistence on only the very best quality, David has earned himself several awards including the Maclean’s magazine Restaurant of the Year; anchoring himself at the helm of the Vancouver – and Canadian – dining scene.

What is the project’s location?

How did existing circumstances drive its design?

The interiors pay homage to British Columbia’s heritage, by bringing the late 19th century back to life in the most respectful way.  Complementing the existing interiors, the design, in part, gives off dark jewel tones and a slight library feel, yet still inviting.

The façade remains intact, as does the antiquated fireplace that anchors the lounging area surrounded by a tufted leather couch and cigar chairs. Every corner of the space had the heritage of the building in mind when conceptualizing the application of its modern finishes.

What was the intent of the design?

Nightingale’s design was set with the high versatility of a residence in mind, inviting the returning guest to experience the space in a variety of ways whilst supporting the gentlemen’s club concept. Warm leathers and timeless masculine tweeds were carefully selected by Studio Munge’s design team to ensure luxurious comfort.

By infusing the space with a myriad of historical details – such as institutional refurbished light fixtures featuring sophisticated brass accents and remodeled library furniture – we wanted the guest to be instantly transported into the comfort and intimacy of a perfectly imperfect gentlemen’s club.

Challenges in executing it?

Subsuming the heritage of the building with modern features appeared as a challenge, but was executed in the end with extensive design and FF&E concept development.

A deep burgundy stone bar top is the focal point upon entry. Featuring deep jewel tones, high ox blood chairs, brass bar lamps and custom light fixtures overhead, the bar makes a bold statement. Leather and tweed seats with buckle accents surround fresh, whitewashed walnut and oak table tops with metal accents. Above the seating on the lower levels linen wall panel coverings, framed by whitewashed oak trim give a soft landing for the eyes. Guests can gaze up towards a classic coffered ceilings two floors above. Off-white subway clad a monolith like column in the center of the restaurants main floor, realizing the size and depth of the space. Flying across a grouping of gold gilded frames, flocks of contemporary polygonal birds commissioned by art consultant Grace Zippelli were installed to fuse decorative and culinary arts, further elevating the guest’s dining experience to new heights of sophistication. 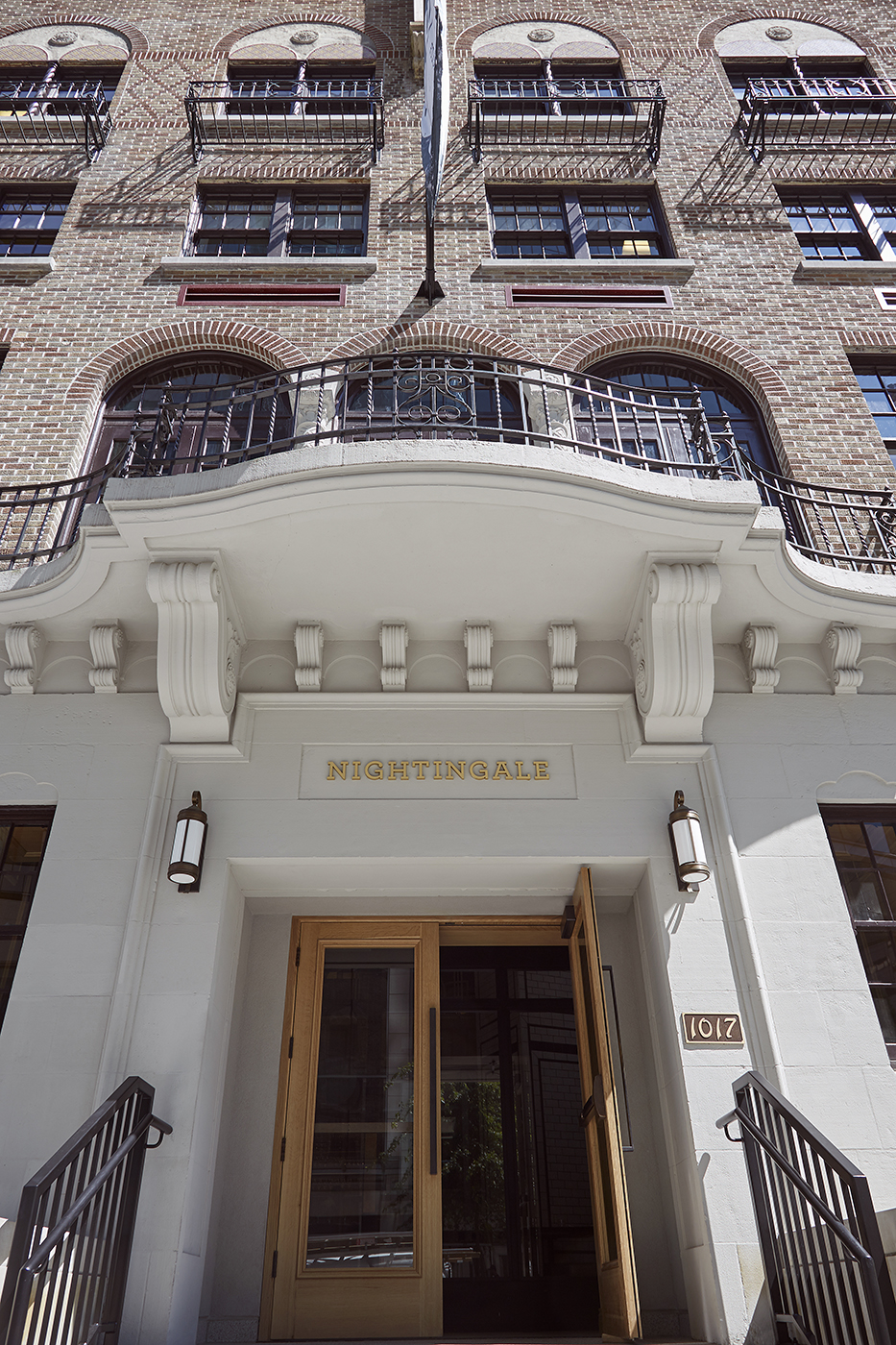 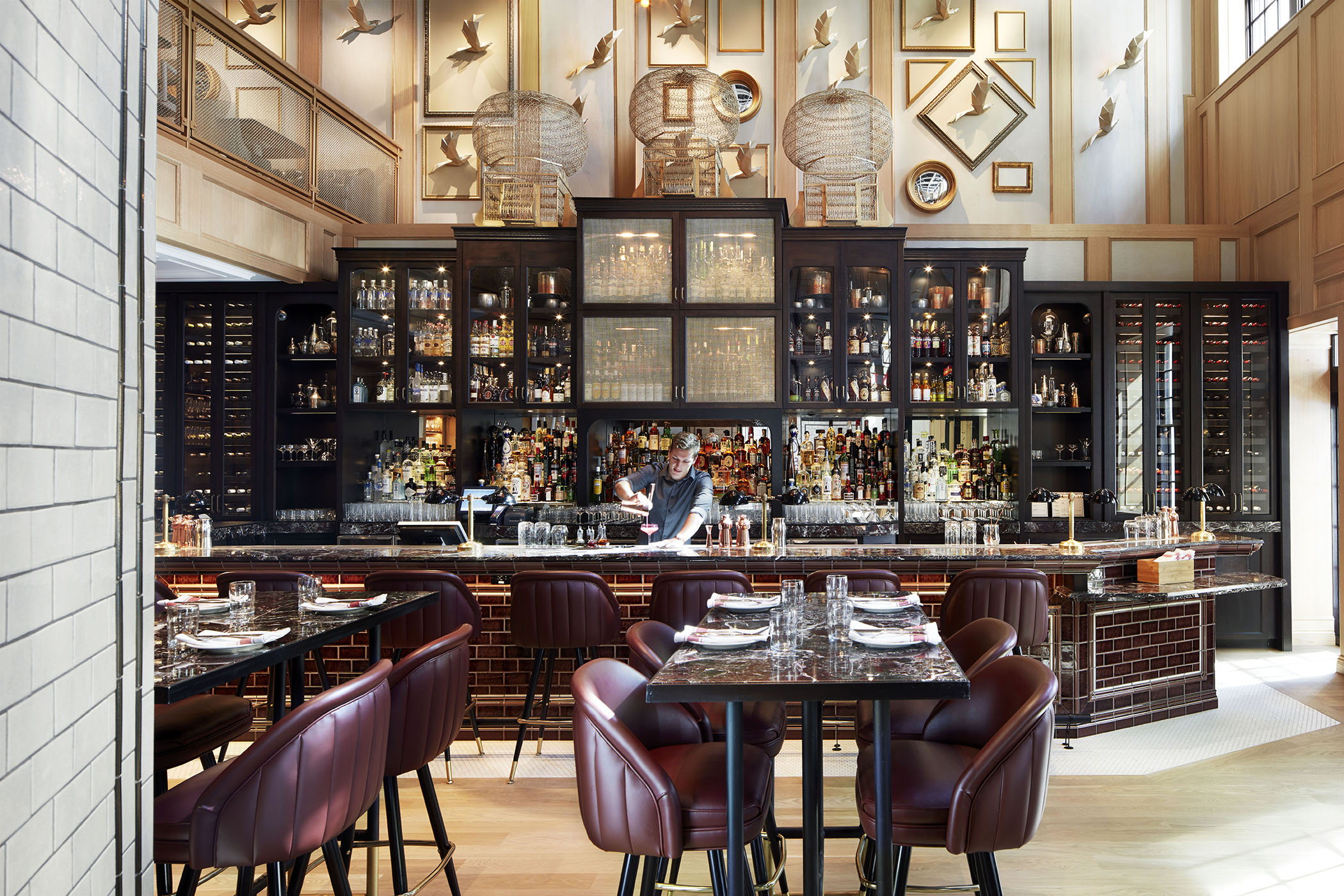 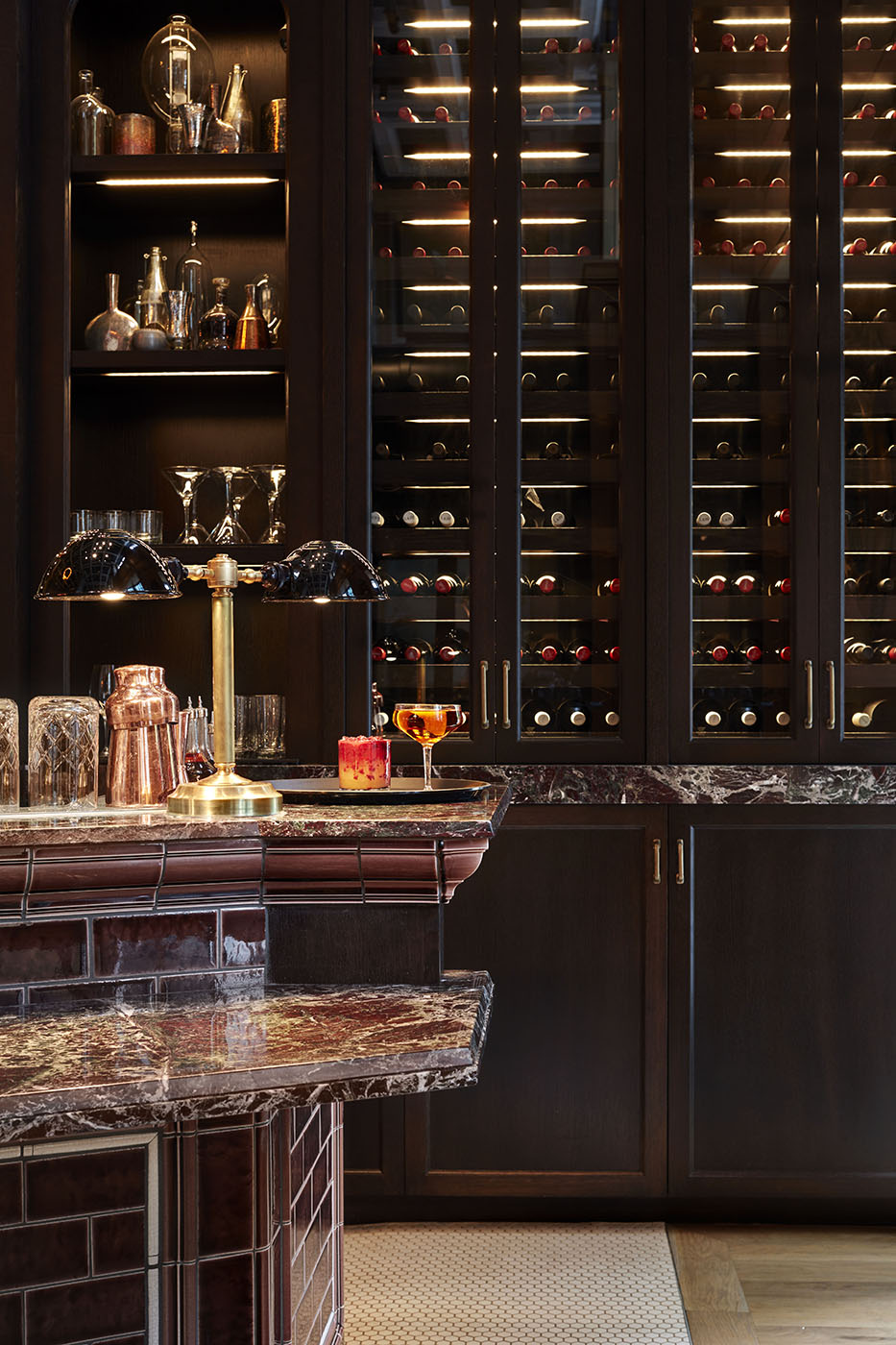 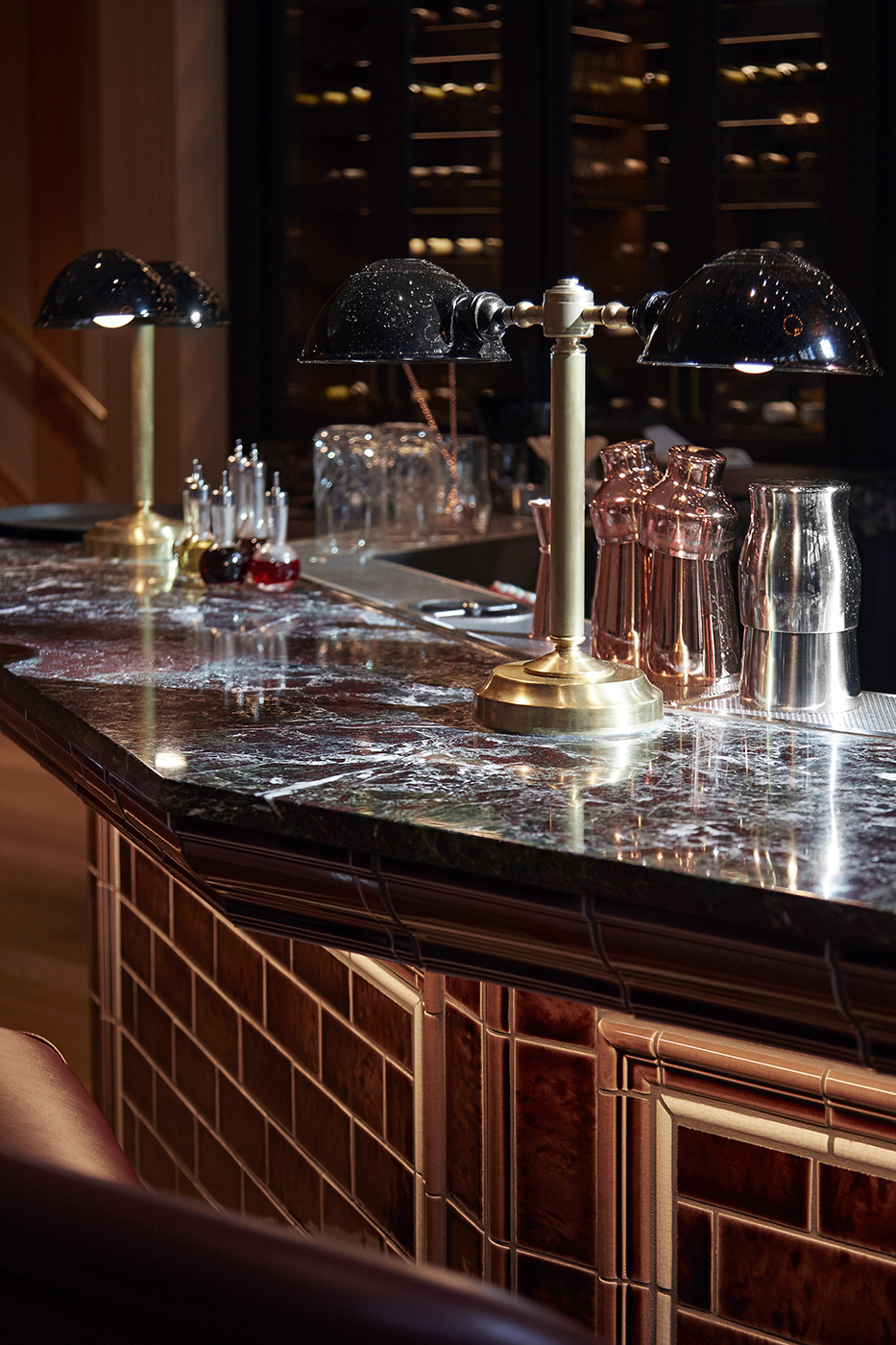 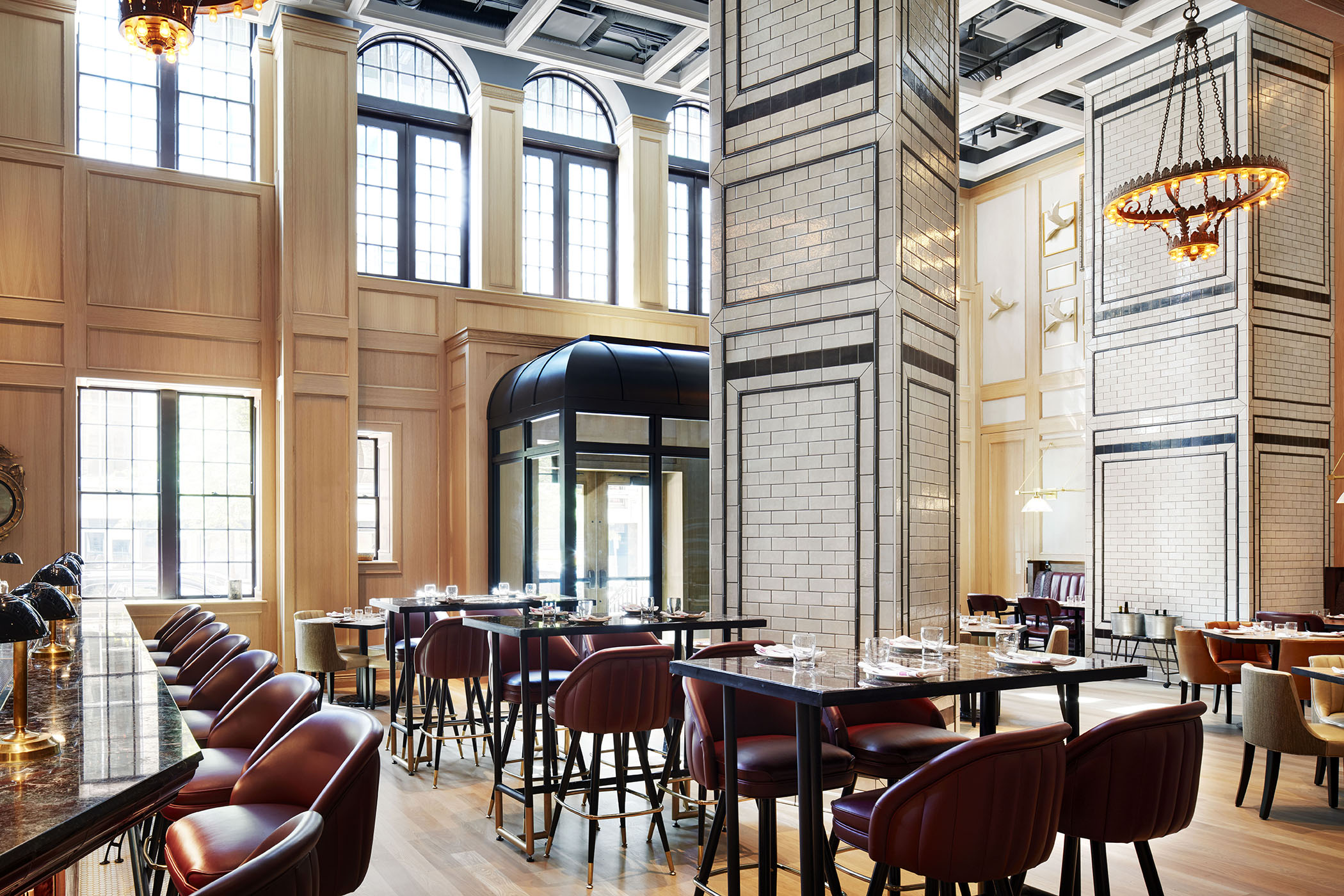 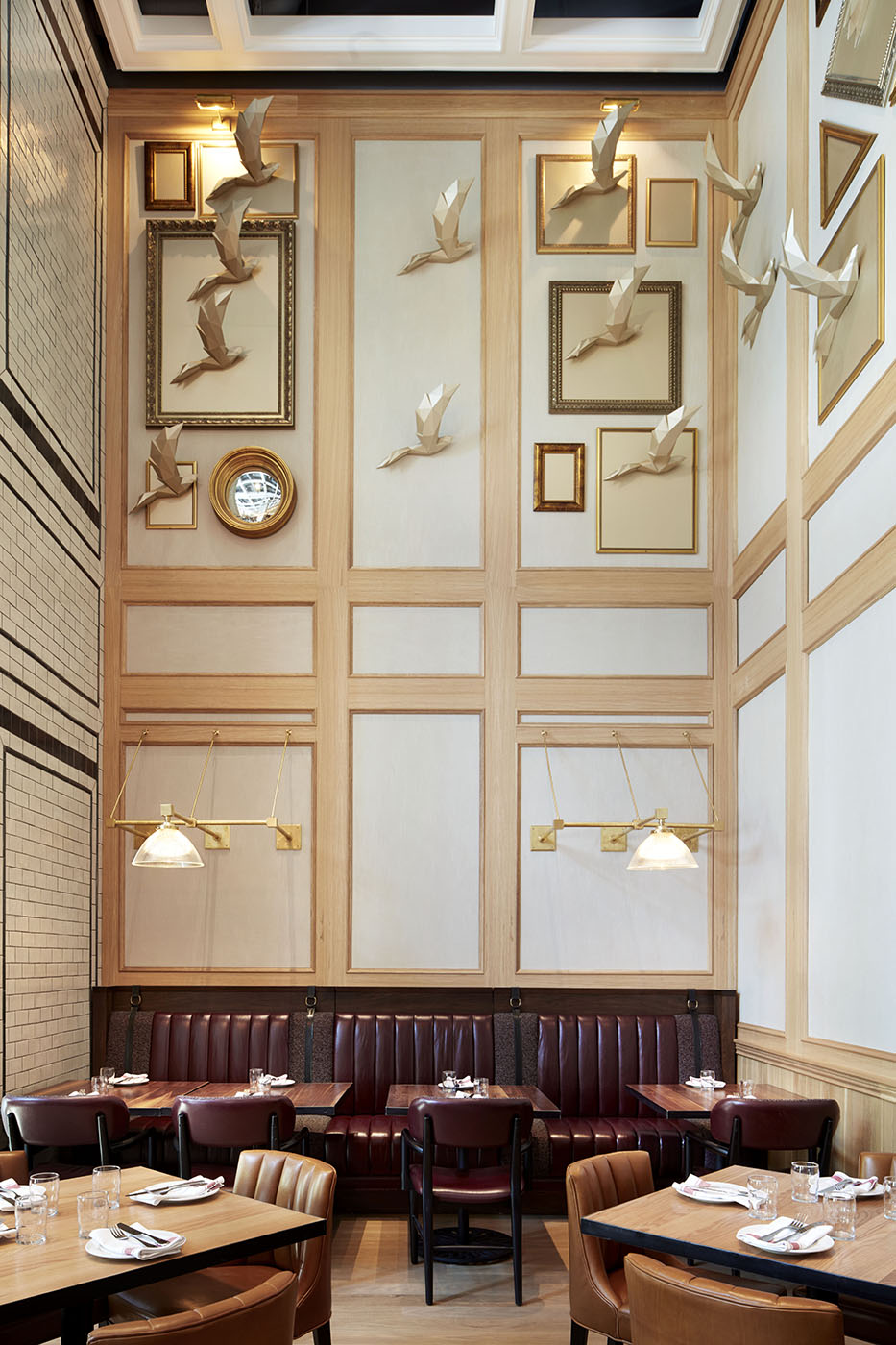 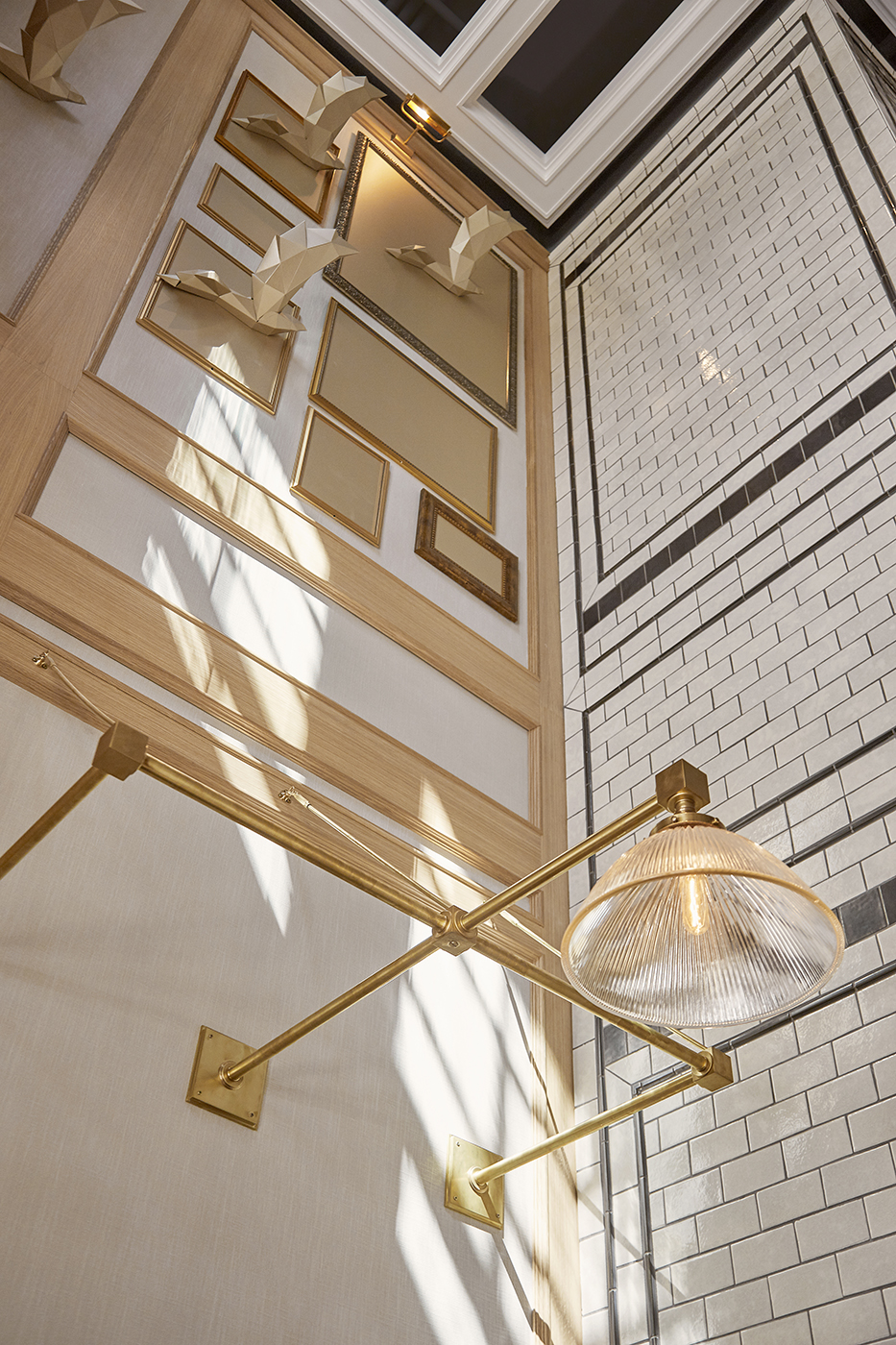 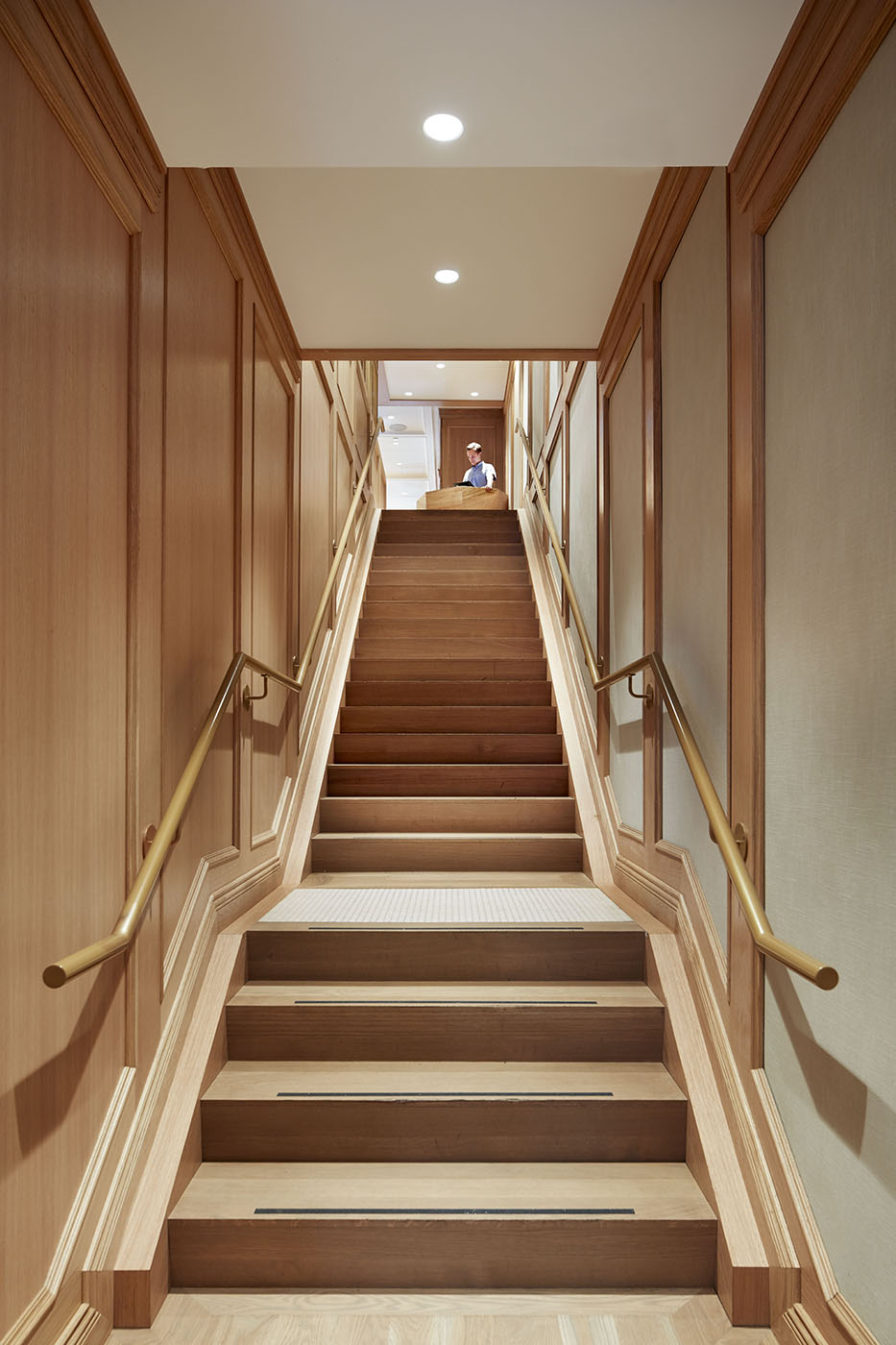 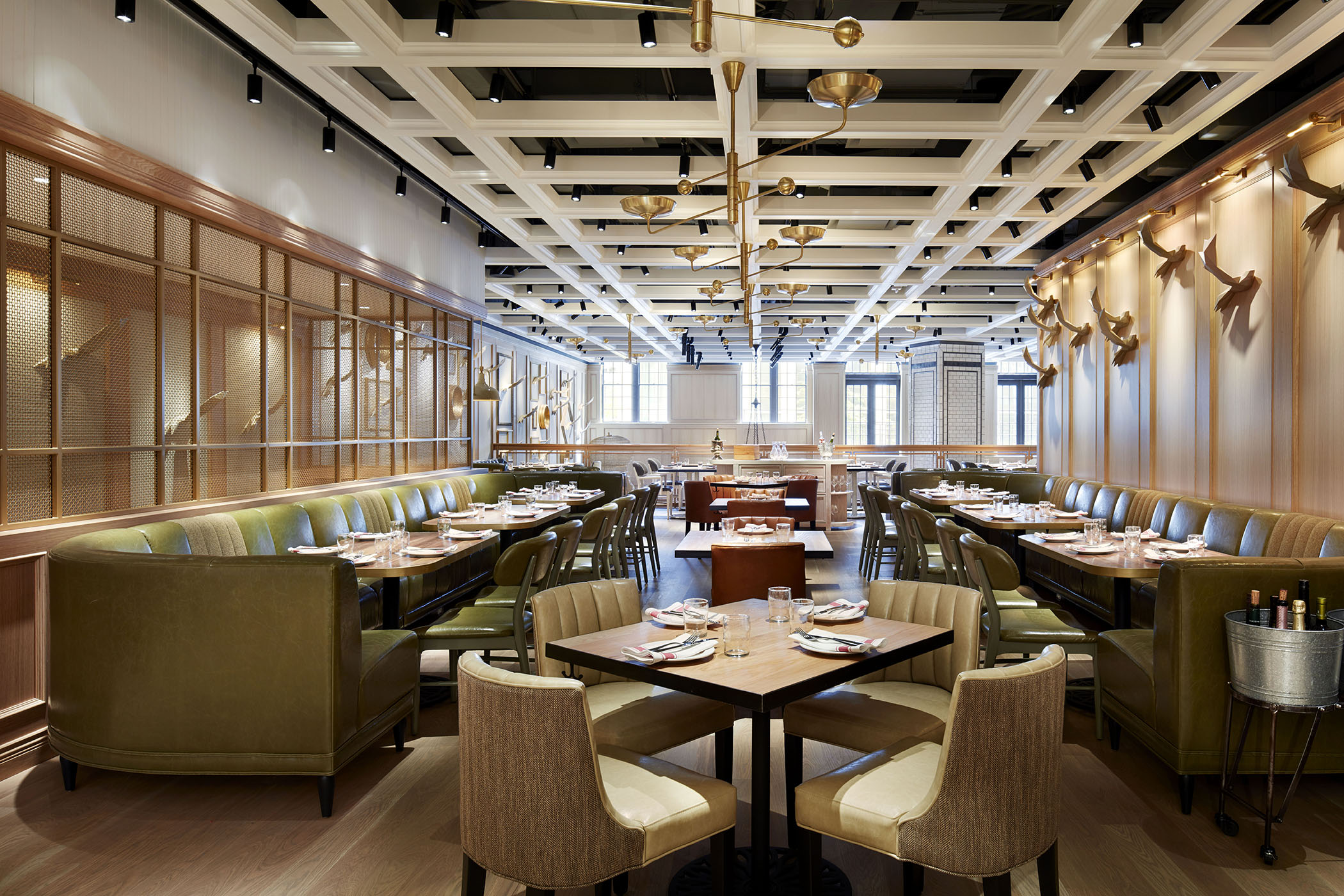 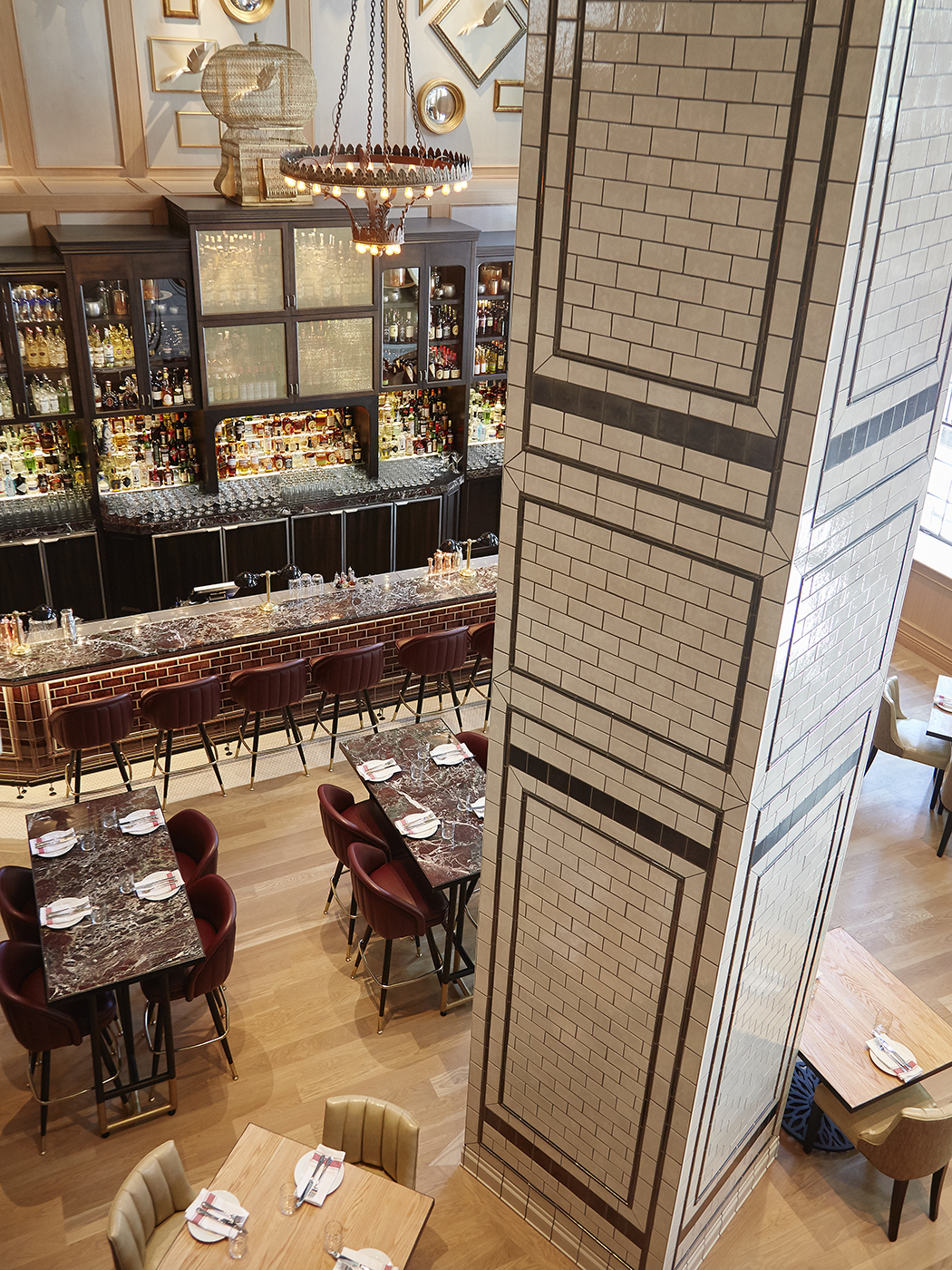 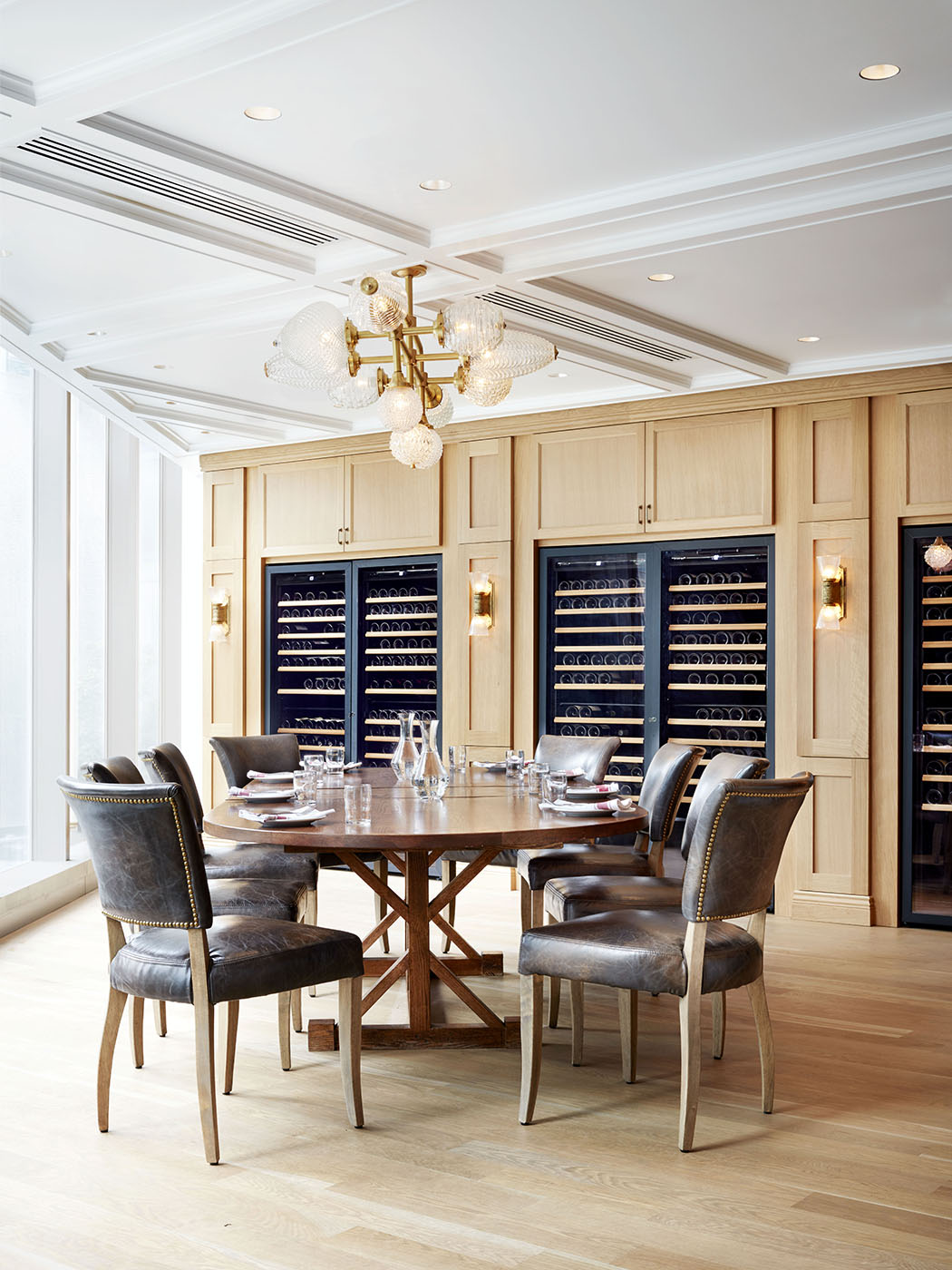 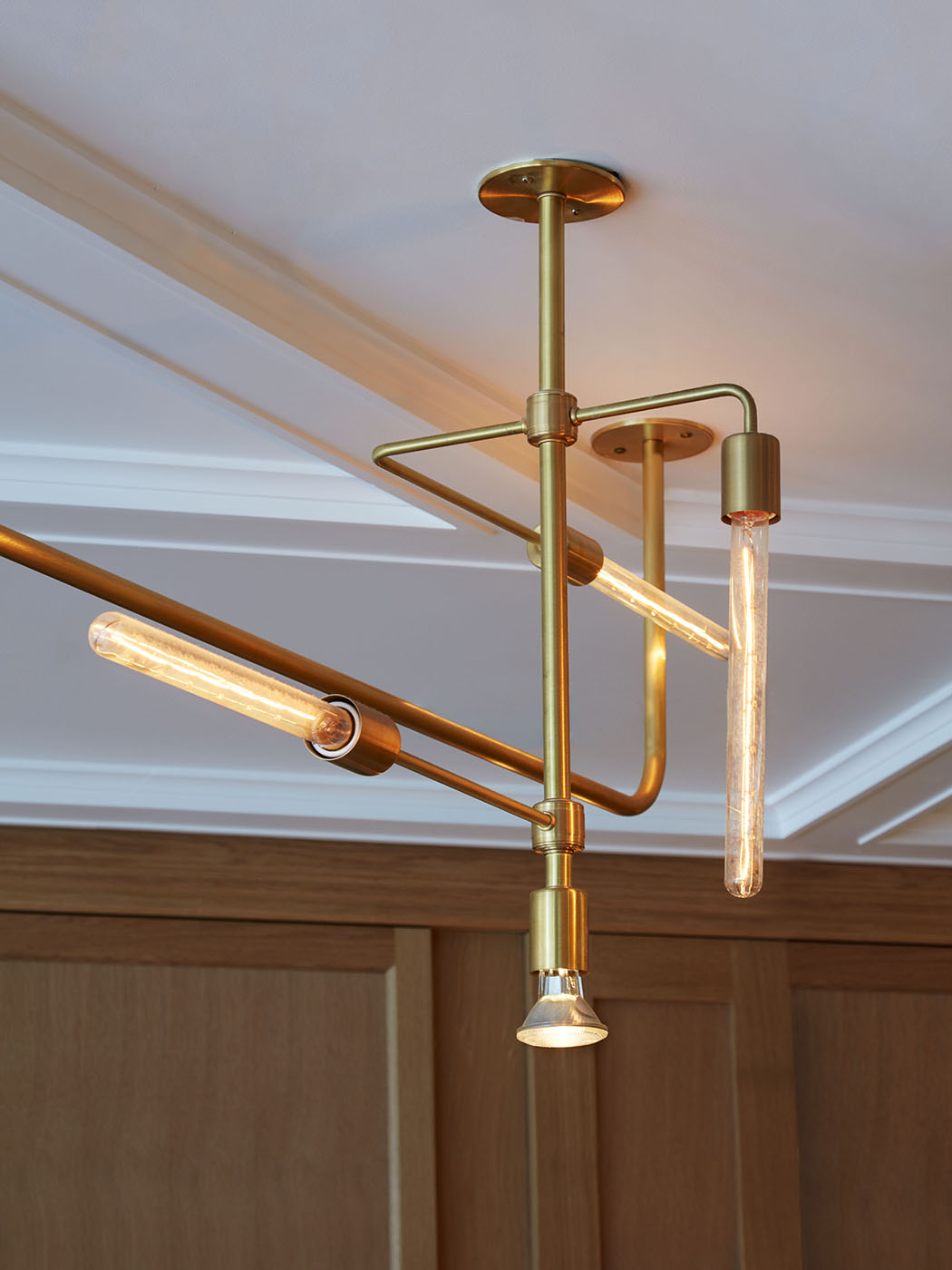 Rita Orrell and Her 'Objects of Desire'

Rita Orrell and Her 'Objects of Desire'

Here we have an interview with Rita Catinella Orrell, LEED GA, an author and design journalist working in New Jersey. She's...