Imagine, just for a moment, the prospect of following in the literal footsteps of Gustav Eiffel, Frederic Bartholdi and Richard Morris Hunt.

Inside the Statue of Liberty.

“We were humbled, actually,” says Michael Mills, partner in Mills + Schnoering Architects of Princeton, N. J.  He and fellow partner Anne Weber were tapped by the National Park Service two years ago to lead the design team that has improved the visitor experience inside the iconic monument.

It’s the last in a series of enhancement projects that started four years ago when the firm upgraded the staircases in Lady Liberty’s crown.

The project merged Eiffel’s engineering with 21st-century Building Information Modeling and laser scanning.  Everything inside of Hunt’s late 19th century pedestal was removed.  Two new code-compliant staircases and two new elevators were threaded into the 27-foot square pedestal, through Eiffel’s massive support girders and tie-down straps that keep the monument from swaying.

“One stair is enclosed in a tube that’s a fire-rated glass wall, so you can see all the infrastructure that was put in by Eiffel,” Mills says.  “The other stair is open from the base to the top, enclosed within the pedestal, so on the way up you can see and touch the Eiffel girders.

One set of stairs, its risers seven inches high and treads 11 inches deep, contains 195 steps; the other covers 124 steps.  The pedestal is 152 feet tall, while the monument itself rises another 150 feet in the air.

Beyond the “Gee Whiz!” impact on the four million visitors who can now see the monument’s infrastructure revealed, a series of improvements have been added to make their experience there more comfortable and barrier-free.

“The idea was to make it easier to visit and more safe, while preserving all the historic features,” he says.

All while maintaining the proper sense of awe at those who’d been there before.

For more information, go to http://www.msarchitectsllc.com/ 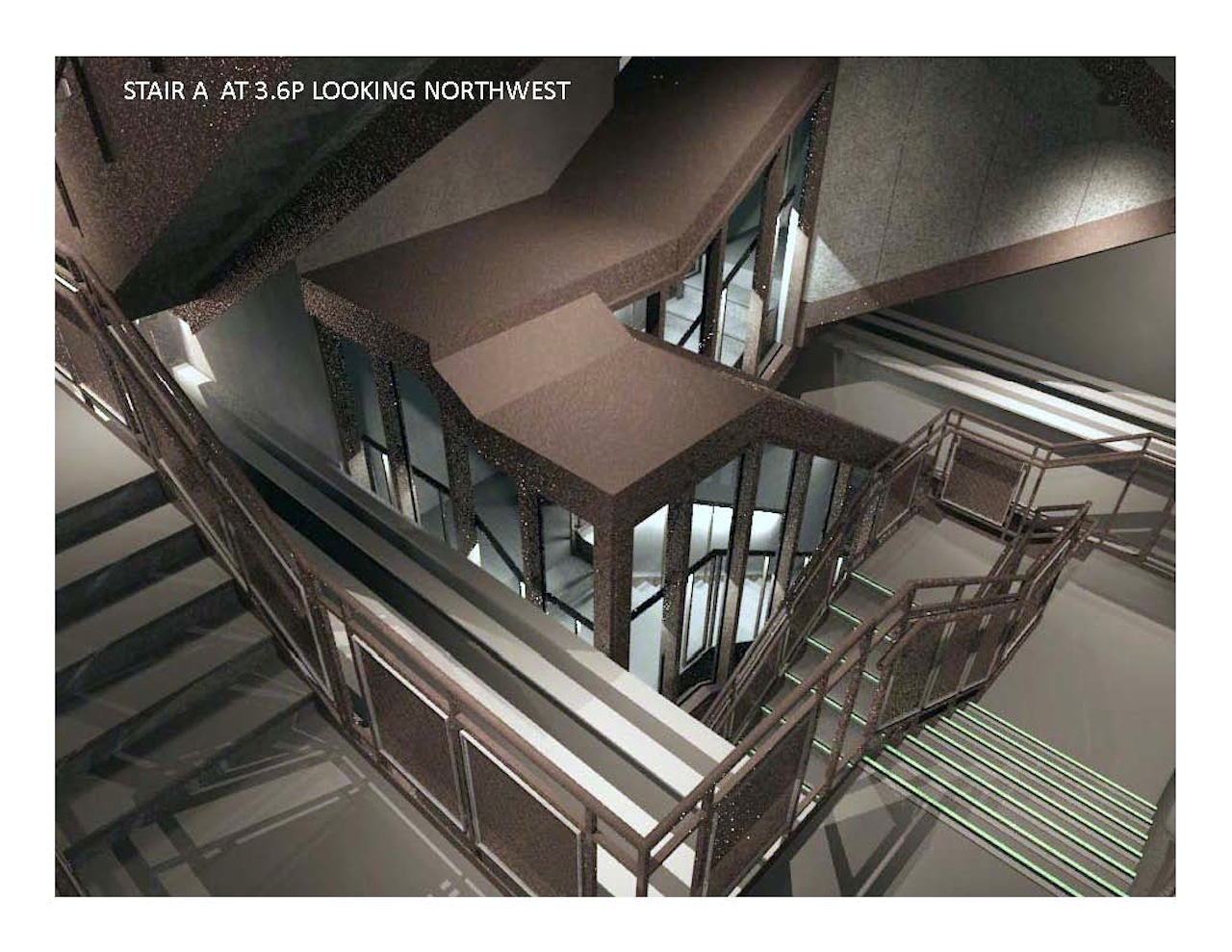 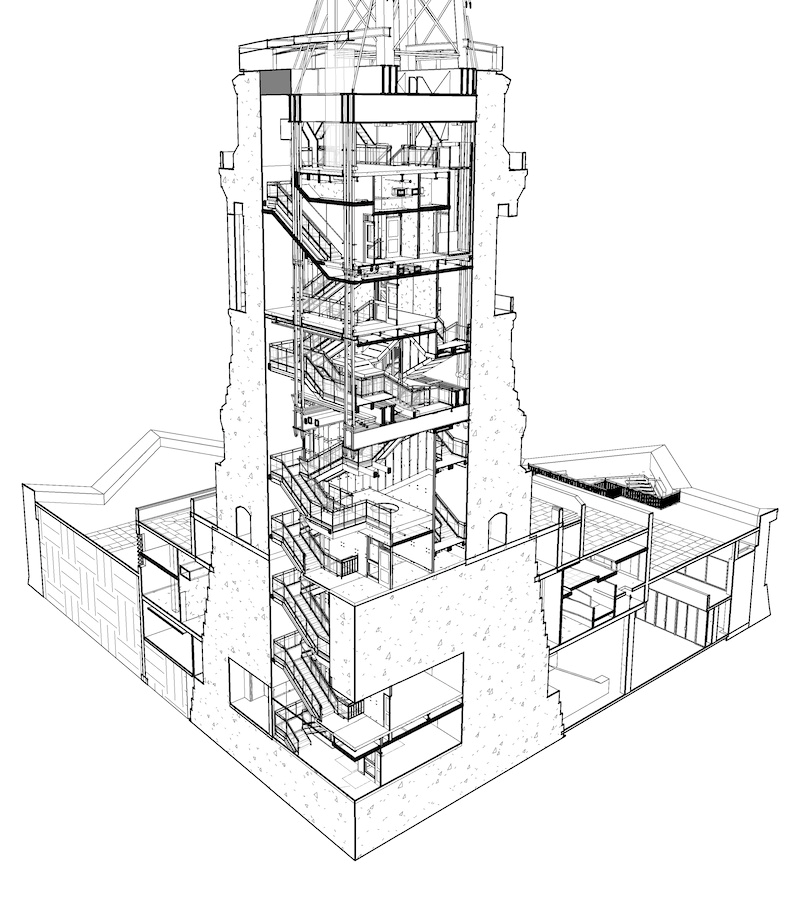 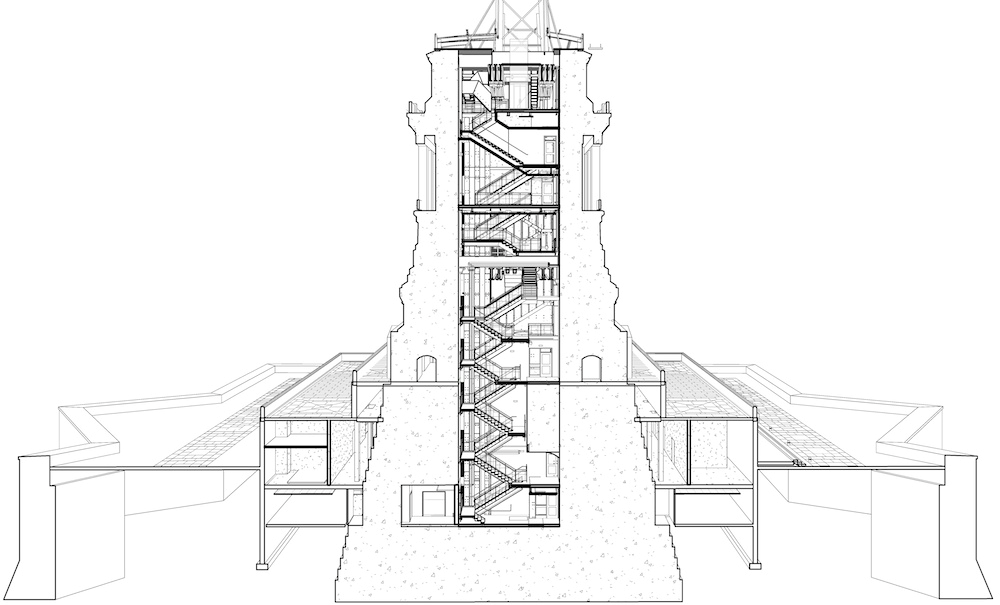 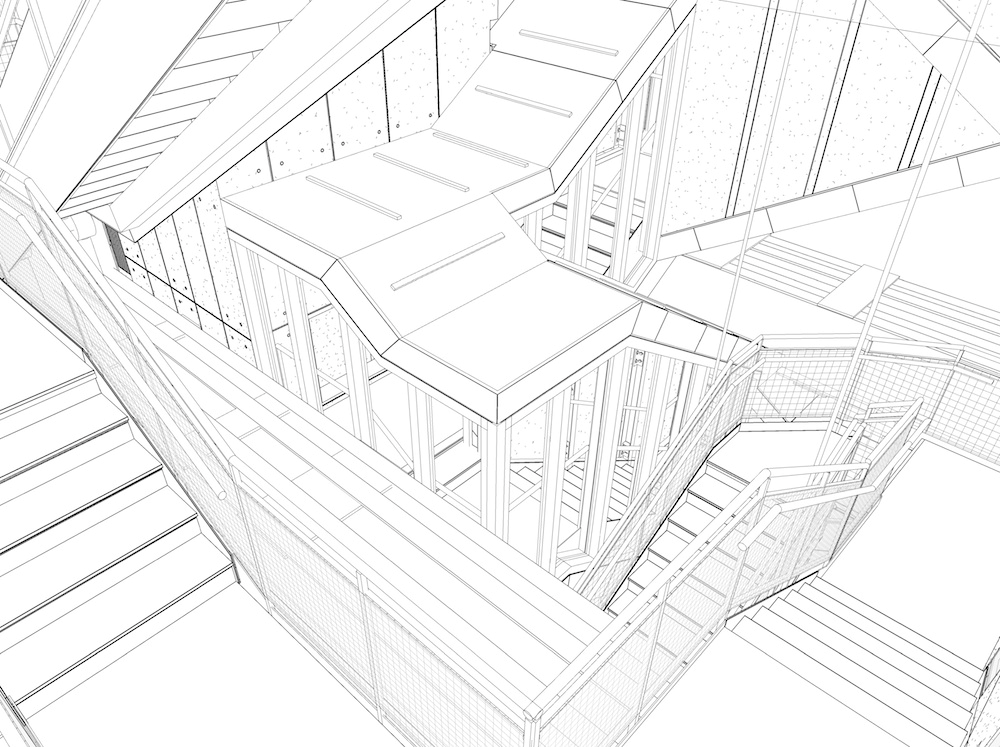 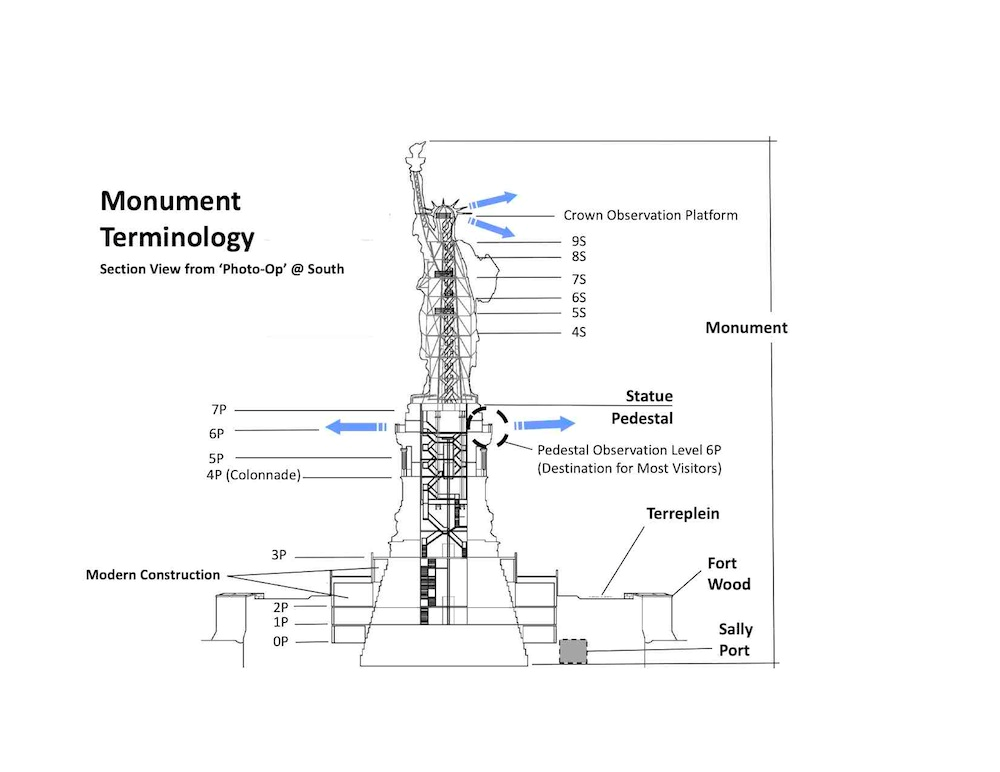 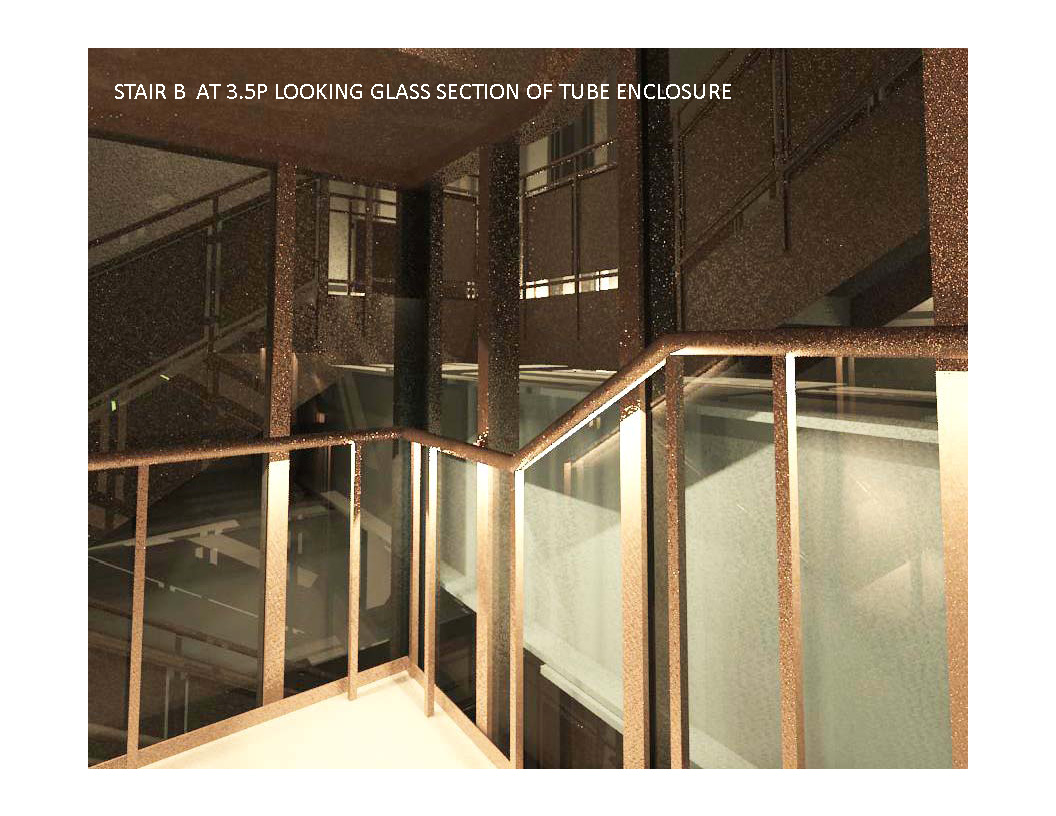 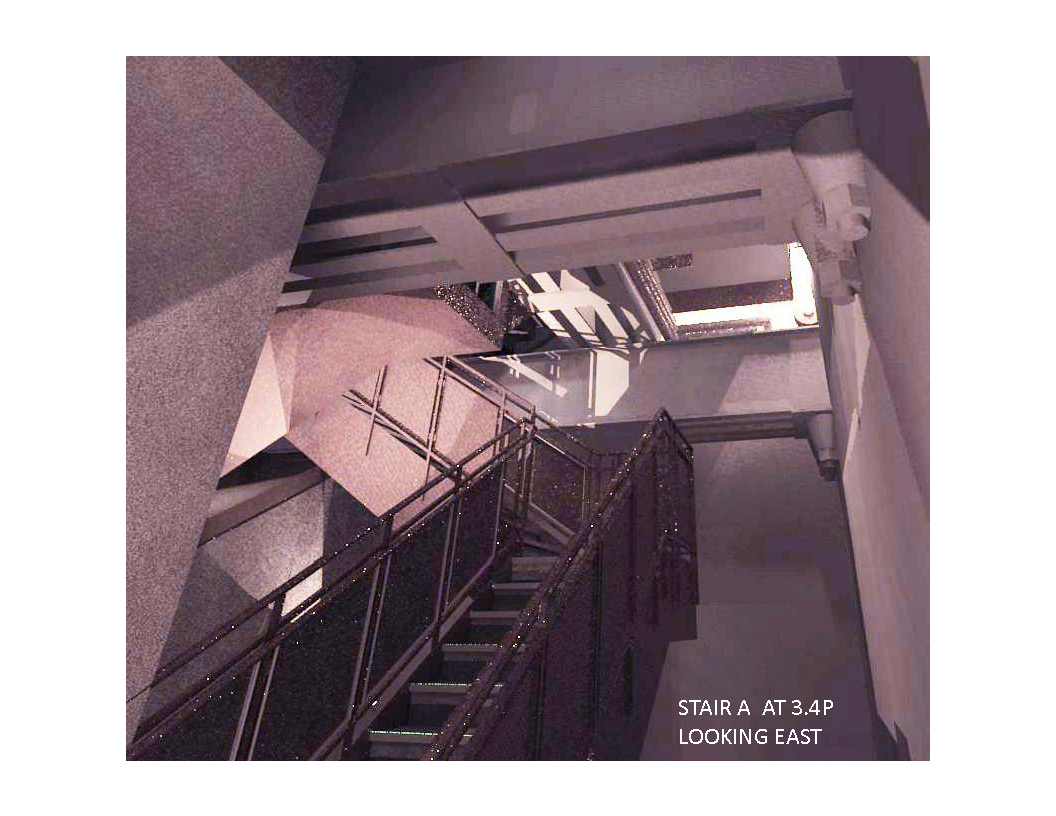 Design and construction are outstanding and will make a pleasant visitor experience.

A New Experience Inside Lady Liberty Architects And Artisans