Today we have a guest post from France by our friend Richard Nahem, who, as the founder of I Prefer Paris, gave us a memorable tour of the Marais district back in July. Earlier this week, he sent me a post from his blog, believeing that the readers of A+A might be interested in its Art Deco architecture. Richard has impeccable taste, and I agreed – so here it is:

I took a quick trip to Lille earlier this week for a travel article I am writing for another publication.

Lille is only an hour from Paris and I spent two days there in 2010.

Just a 30-minute tram ride from Lille in the wealthy suburb of Croix is Villa Cavrois, a masterpiece of modernist architecture designed by Frenchman Robert Mallet Stevens. During the 10-minute walk from the tram to the villa, I passed some impressive, large-scale homes with manicured high shrubs and gardens.

Reaching the entrance of the villa on a quiet side street off the main road, I approached a non-descript service building of ochre colored brick, feeling disappointed. I thought: Is this what I schlepped all the way here for?

After getting my ticket, I was treated to a view of a formidable structure of more ochre colored brick, picture windows, sharp lines and angles against a backdrop of lime green grass.

Wealthy textile industrialist Paul Cavrois, who wanted a spacious home built for his wife and seven children, initiated Villa Cavrois. He first enlisted architect Jacques Graber, who wanted to design a traditional style house in the regional style of the local area, Cavrois changed directions, looking for a more modern style and hired Robert Mallet-Stevens, whom he met at the Exhibition of Decorative Arts of 1925 in Paris.

Construction started in 1929 and the only parameters the client gave Mallet- Stevens was that the home had to be spacious, comfortable and practical. One last stipulation was that it couldn’t go over budget. This gave Mallet- Stevens artistic carte blanche and he ran with it by not only designing the house but also every last piece of furniture. Mallet- Stevens also used his experience as a movie set designer to enhance his vision.

Villa Cavrois was completed in 1932, in time for the celebration of the marriage of his daughter, Genevieve.

Sadly, the Mallet-Stevens masterpiece suffered some hard blows. During WW II, Villa Cavrois was occupied by German troops who used it for their barracks and after the war the layout of the home was significantly changed by the decision of the family to divide it into two apartments for their sons. Madam Cavrois died in 1985 and the property was sold to a developer who wanted to subdivide it smaller land plots.

The project was eventually abandoned and the villa was left vulnerable to vandalism and deterioration, despite being classified in 1990 as an historic monument. Luckily, in 2001 the state purchased the house and the grounds. It took 13 painstaking years for the restoration of the villa, including replacing the furniture that was sold many years before.

Walking through the home I was struck by the luxuriousness of the materials, including marble, but at the same time by the simplicity of the clean lines and curves. I also admired the rich, jewel color palette of the furniture against the more toned down colors of the raw materials of wood and marble.

When viewing the reflecting pool and the garden in the rear of the property, the perspective of the villa was even more spectacular, showing off another series of clean lines and also the full sweep of the cylinder shaped structure, barely visible from the front, containing the dramatic stairway I climbed inside.

Another wonderful design element is the clever integration of the outdoor pool as part of the home, instead of being placed in a separate area.

If you are any kind of design or architecture aficionado, a visit to Villa Cavrois should jump to the top of your design must-see list. It’s open every day except Monday, from 10 AM to 6 PM 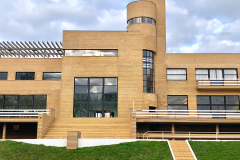 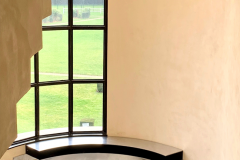 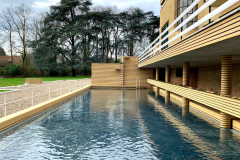 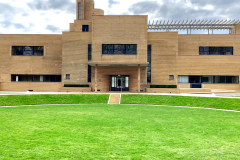 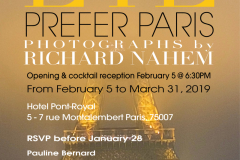 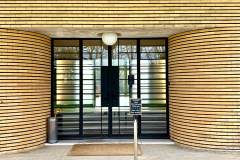 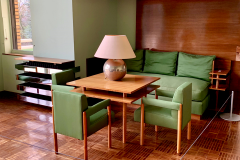 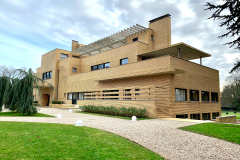 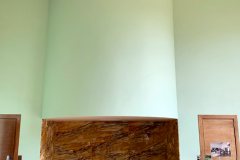 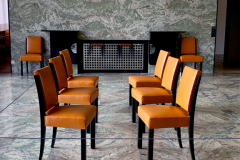 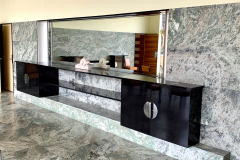 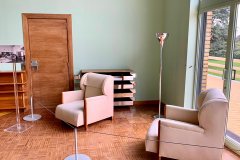 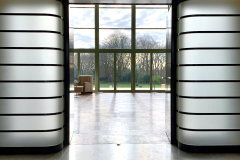 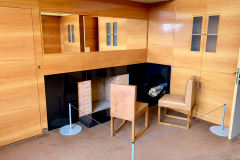 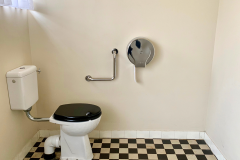 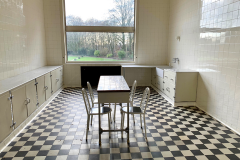 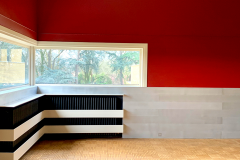 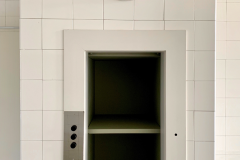 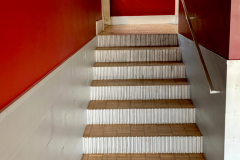 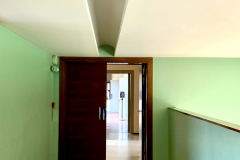 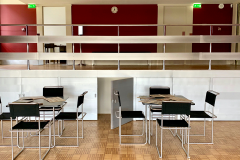 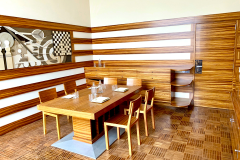 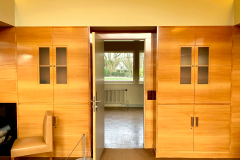 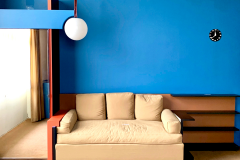 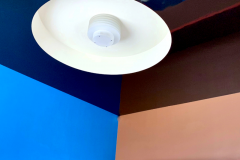 thanks for reposting this. 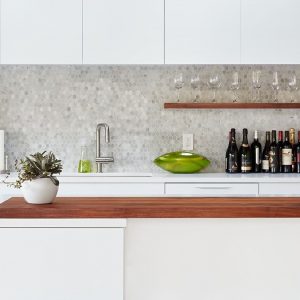