Twenty-three derelict acres perched along several hundred feet of the Hillsborough River in West Tampa are about to see a $35 million makeover at the learned hands of Civitas’ Mark Johnson and company, along with W Architecture.

“It was a 1977 consequence of urban renewal when a freeway cut the black community in half,” Johnson says. “They tore down Roberts City and built this park – but it was never particularly functional.”

The design divided spaces up, then fell into disrepair and became dangerous – with racial strife, drugs, crime, and the inevitable police crackdowns. “People didn’t know it was public land – there were just some tennis courts, and the homeless,” he says.

Riverside Park’s new design will slip gently down toward the water, opening up river views obscured by a previous design. A new boathouse will be inserted into the slope, so its lower floor for boating-related activity will be accessed at water level.

“One of the things we learned in community outreach was that there’s no place in Tampa where you can take a boat and put it in the water without paying a fee,” he says. “The primary use of the park was launching crew boats – and we realized we could create a river center to hold all the crew boats, plus kayaks, canoes and paddle boards.”

The upper floor multi-use community space includes classrooms, workout room, catering kitchen and restrooms. It will be removed from the 100-year flood plain, but connected directly to park and parking. “It’s 8,000 square feet with a multi-function room, a large terrace that looks downriver for weddings or fundraisers,” he says.

The new park will retain existing tennis and basketball courts – and nightlight a football field. It will move a retaining wall back 75 feet to create a harbor for paddle boards, with a fishing pier at the end of a floating dock. Acentral lawn will run down to the water, with picnicking areas, shade structures and plenty of trees.

But mostly, the new park will take maximum advantage of the vistas on site. “The river is beautiful, with dolphins porpoising in and out of the water,” he says. “The way we’ve oriented the park is for the view southwest almost to the bay – and the skyline of Tampa is on view.”

Thankfully, another piece of urban renewal will now bite the dust – to be replaced by a new vision from skilled and talented landscape architects. 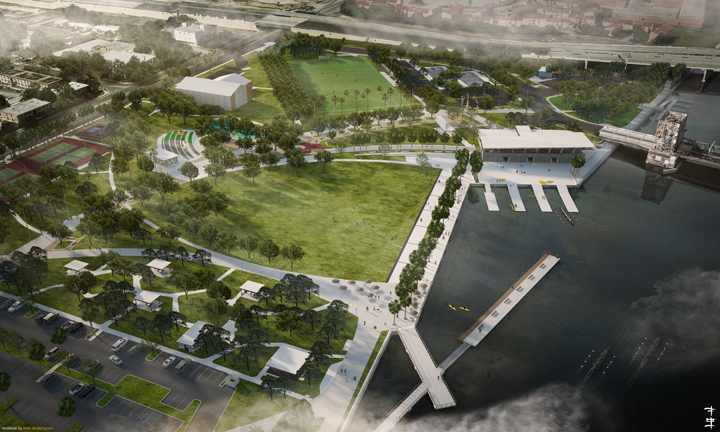 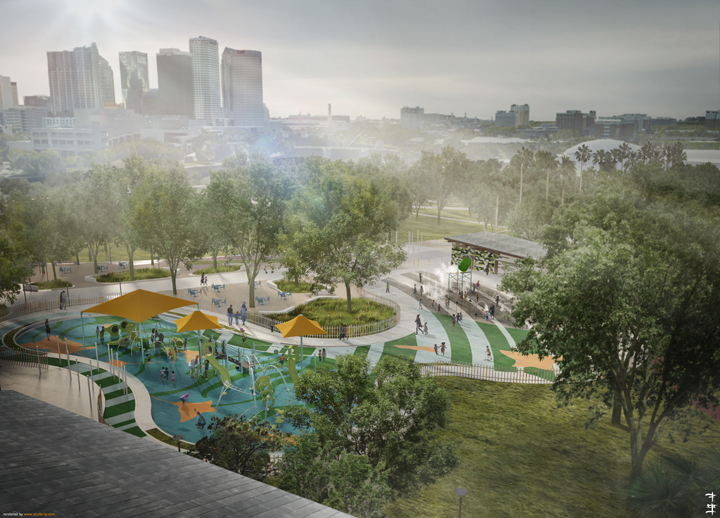 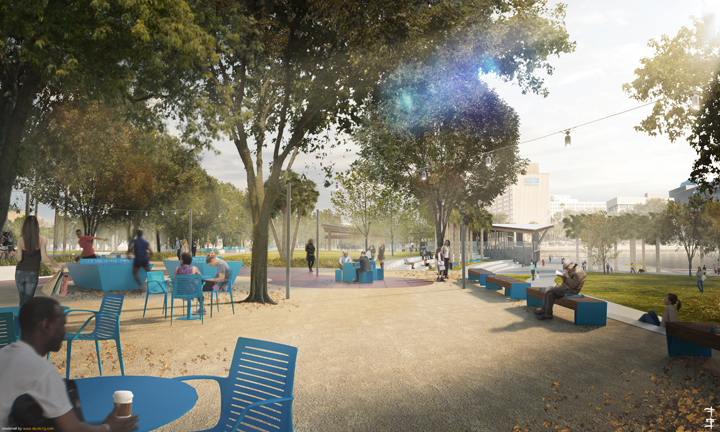 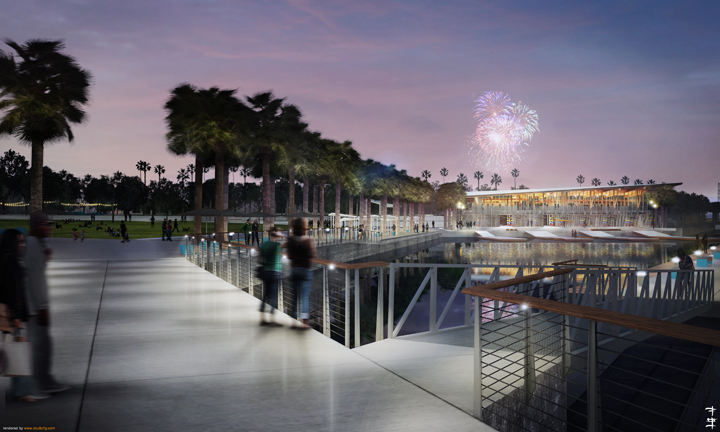 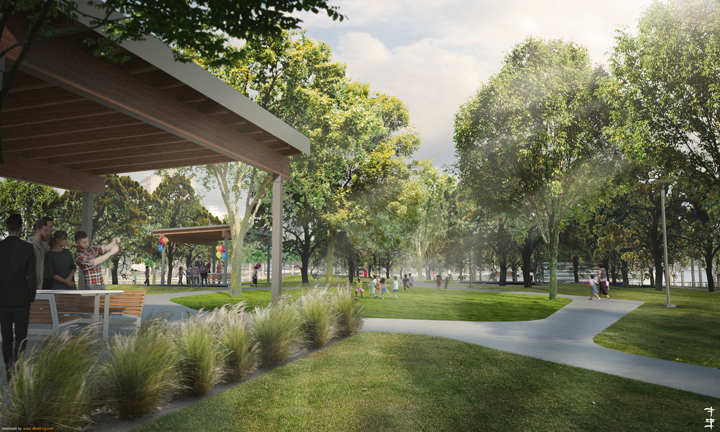 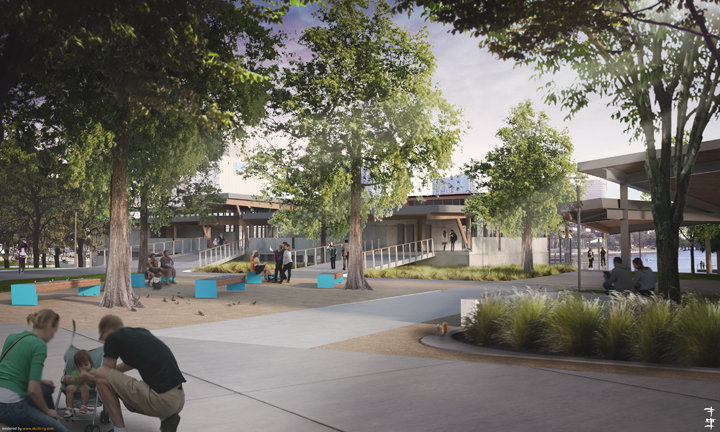 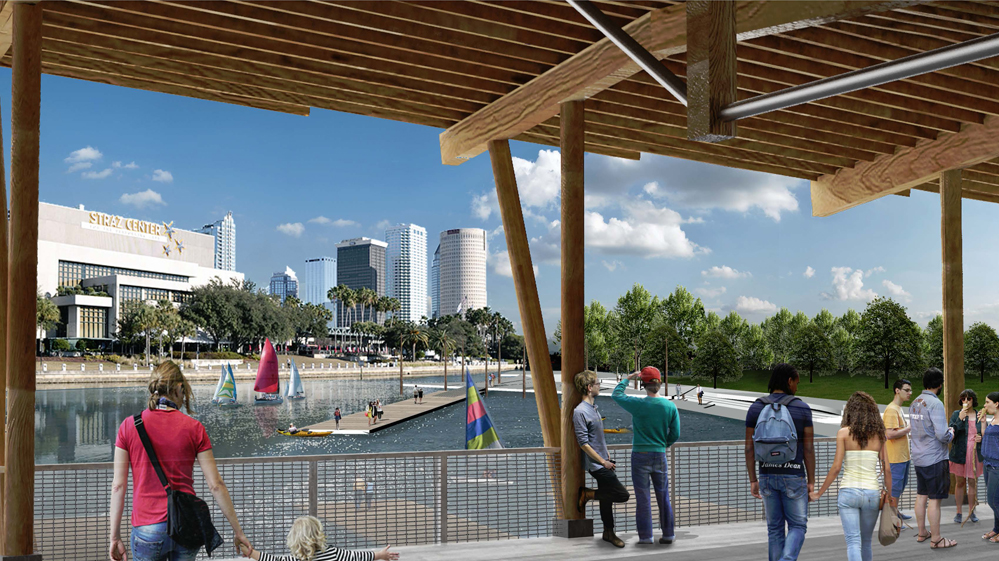 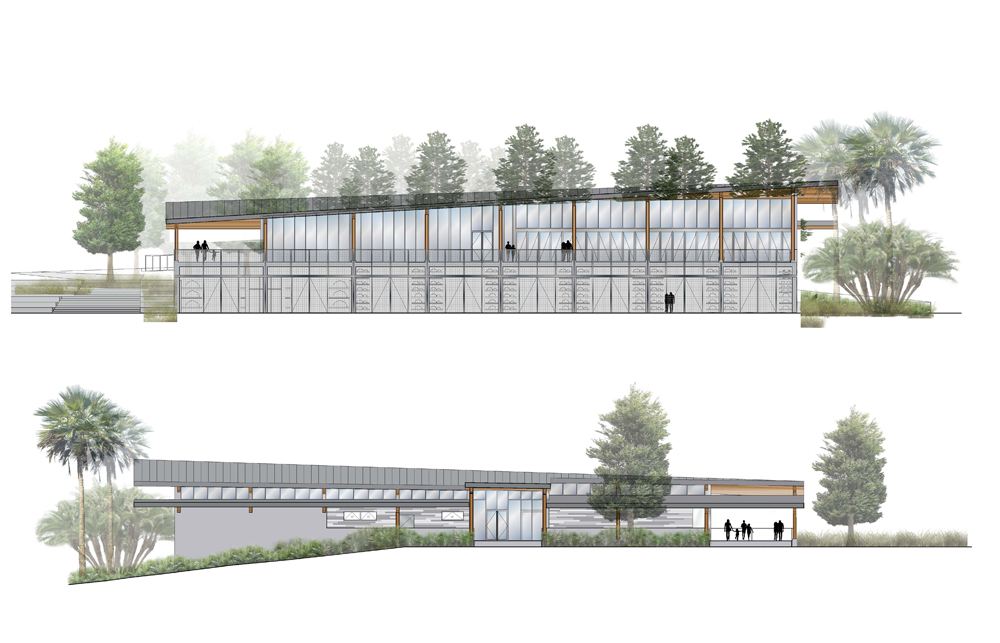 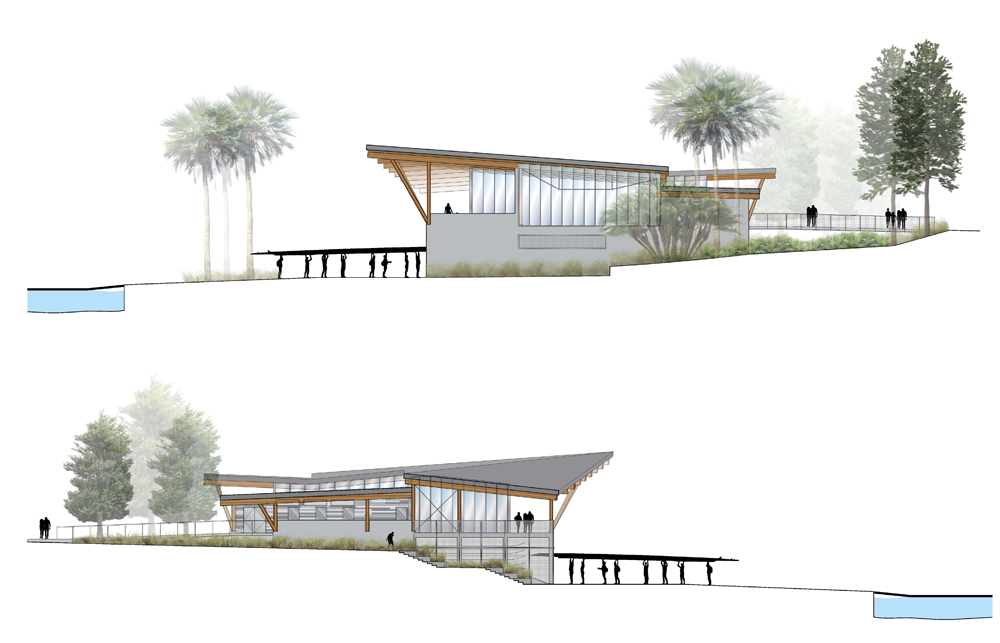 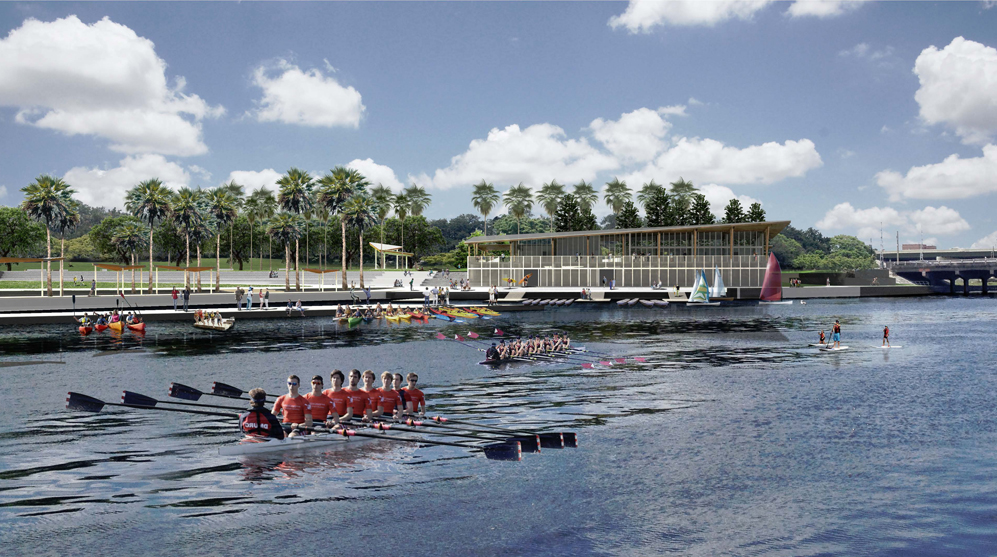 Design/Build came out on top (again) in this year's competition for the Matsumoto Prize, a competition initiated five years...