On a site in Paris near the Neuilly Bridge, aligned with the Louvre and the Arc de Triomphe, stands the tallest (and newest) building in the city, designed by Kohn Pedesen Fox (KPF).

It is, in fact, the adaptive use and addition to an existing building designed in 1974 by Pierre Dufau.  Where the original design revealed only one façade from the  street, architect Yrieix Martineau has now incorporated three wings into Tour FIRST’s design, and added 11 floors to the building’s first 39.  The three wings create a spinning wheel effect, the architect said.

“It’s clearly a landmark in the skyline – you can see it clearly from everywhere in Paris,” he said.  “There are also increased views from inside the building.  It’s no longer opaque – it improves the natural lighting quality.”

His biggest challenge was in raising one building atop another, the first time such a feat has been attempted.  At 231 meters, it’s now the tallest office building in France

The refurbished tower retains the integrity of the original, while providing a modern interpretation of the concept and vastly improving the environmental performance and internal conditions and circulation. The design also serves to integrate the tower into the surrounding dense urban environment, improving the quality and accessibility of public areas, and strengthening the connection between the building and the Grand Esplanade located at the heart of La Défense.

“We recreated all of the podium of the building, including the restaurant, the lobby and a new entrances,” he said.  “In the process, we created a high-profile office building.”

Work on the original began in 2008 as an interesting commentary on the idea on refurbishment, rather than demolition and replacement, as a sustainable approach.

“This building is really ahead of its time in that it was re-skinned to make, essentially, a new building, and isn’t simply a new addition on the Paris skyline,” KPF Chairman A. Eugene Kohn said.

For more on Kohn Pedersen Fox, go to http://www.kpf.com/ 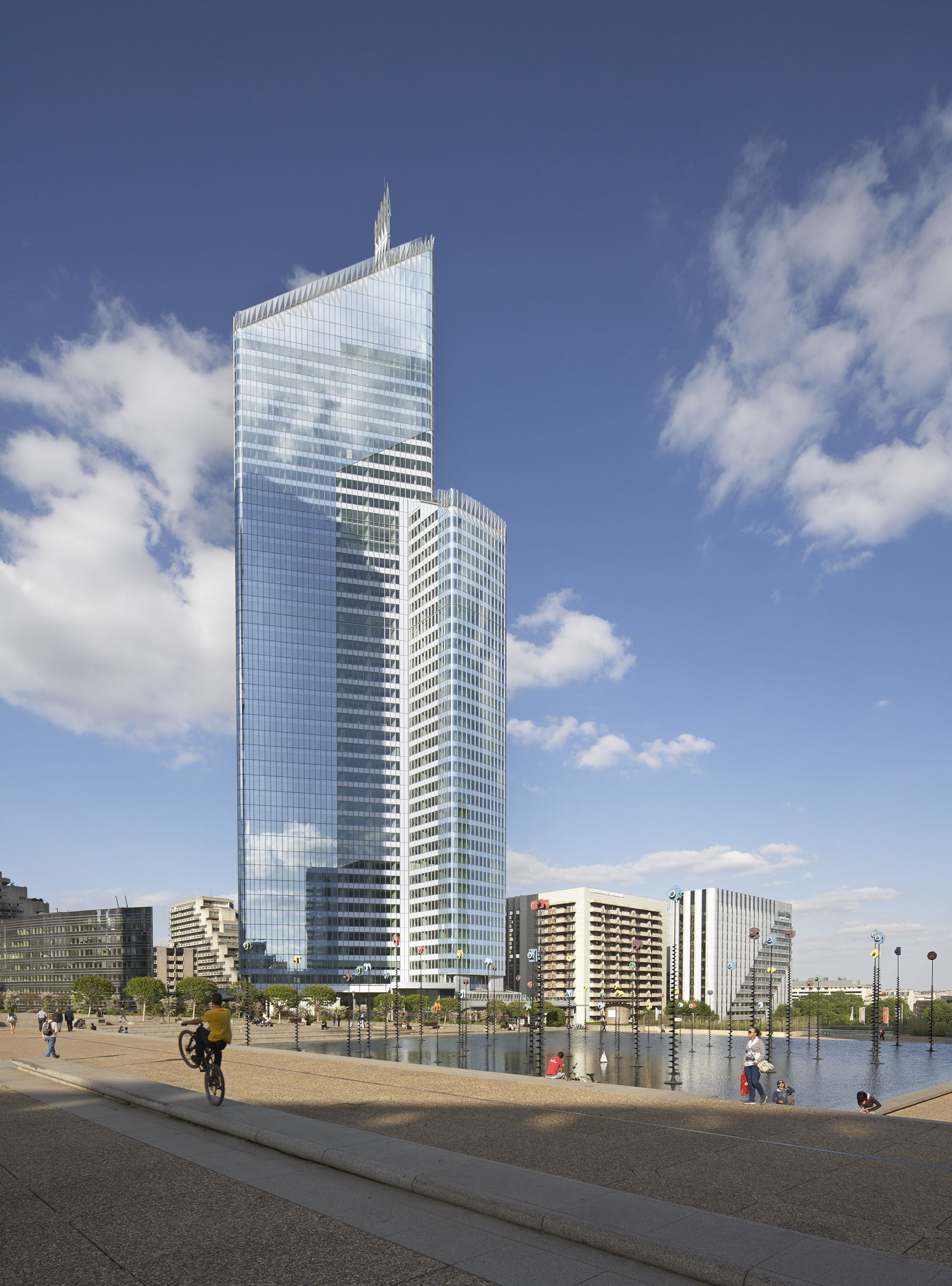 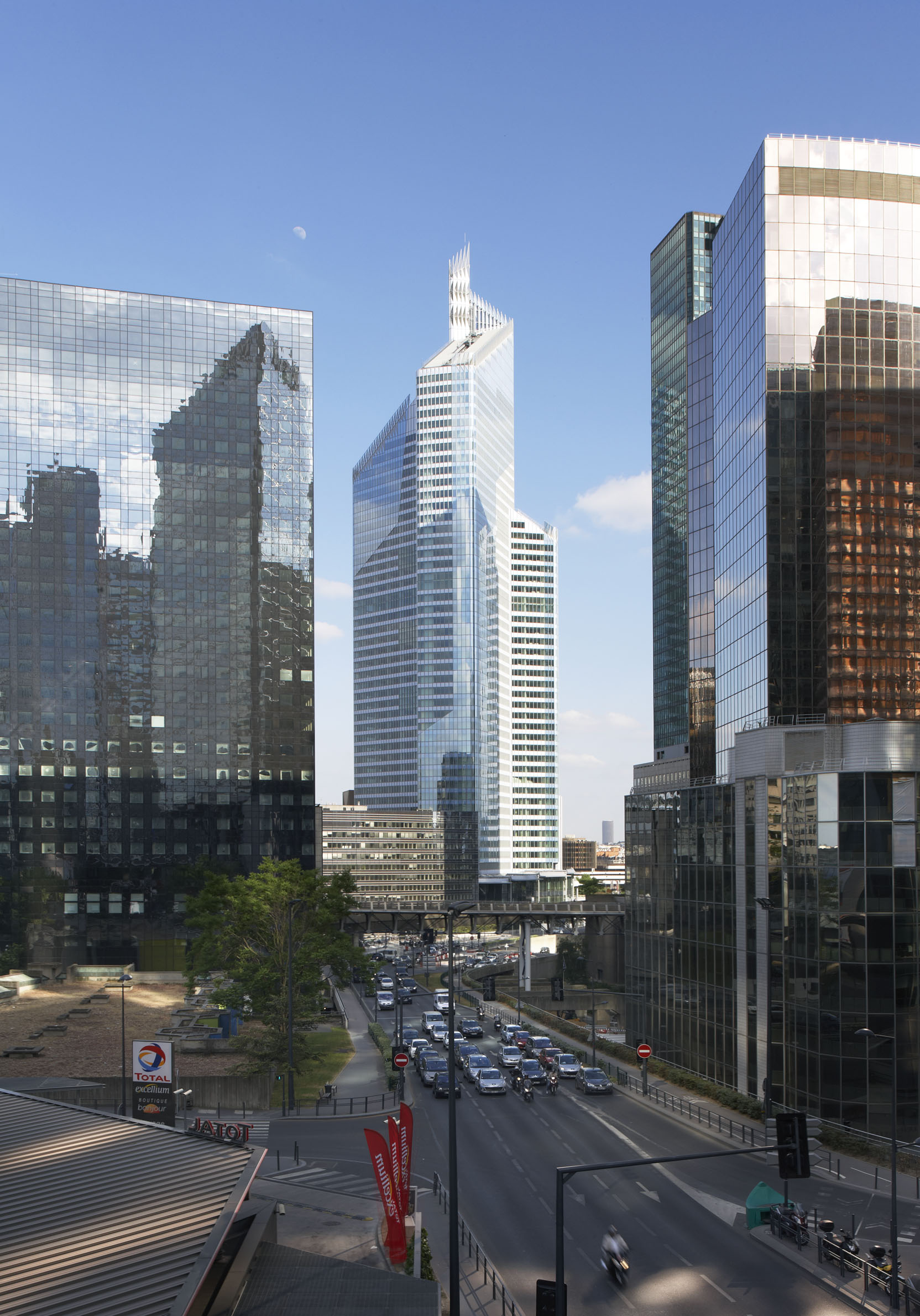 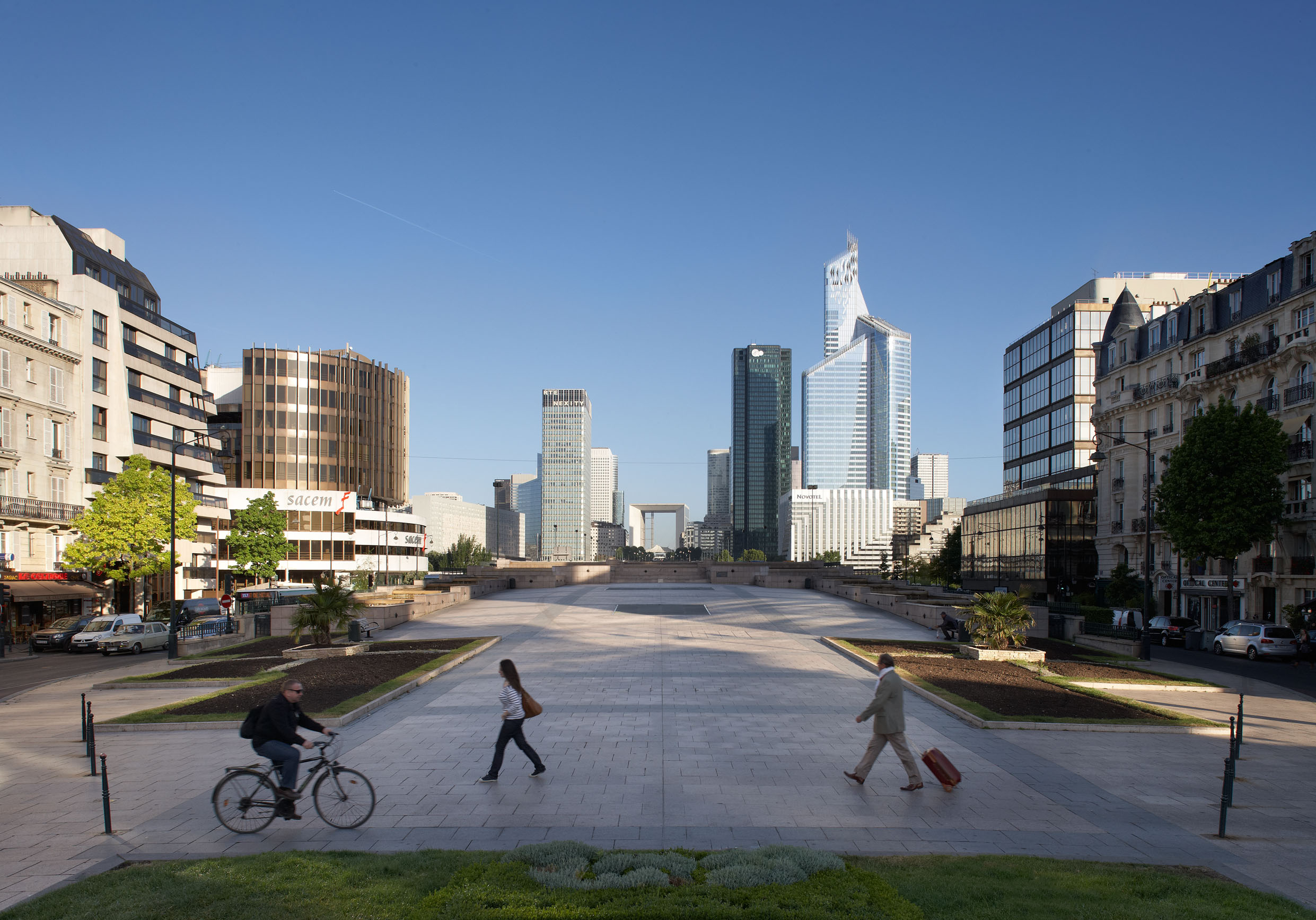 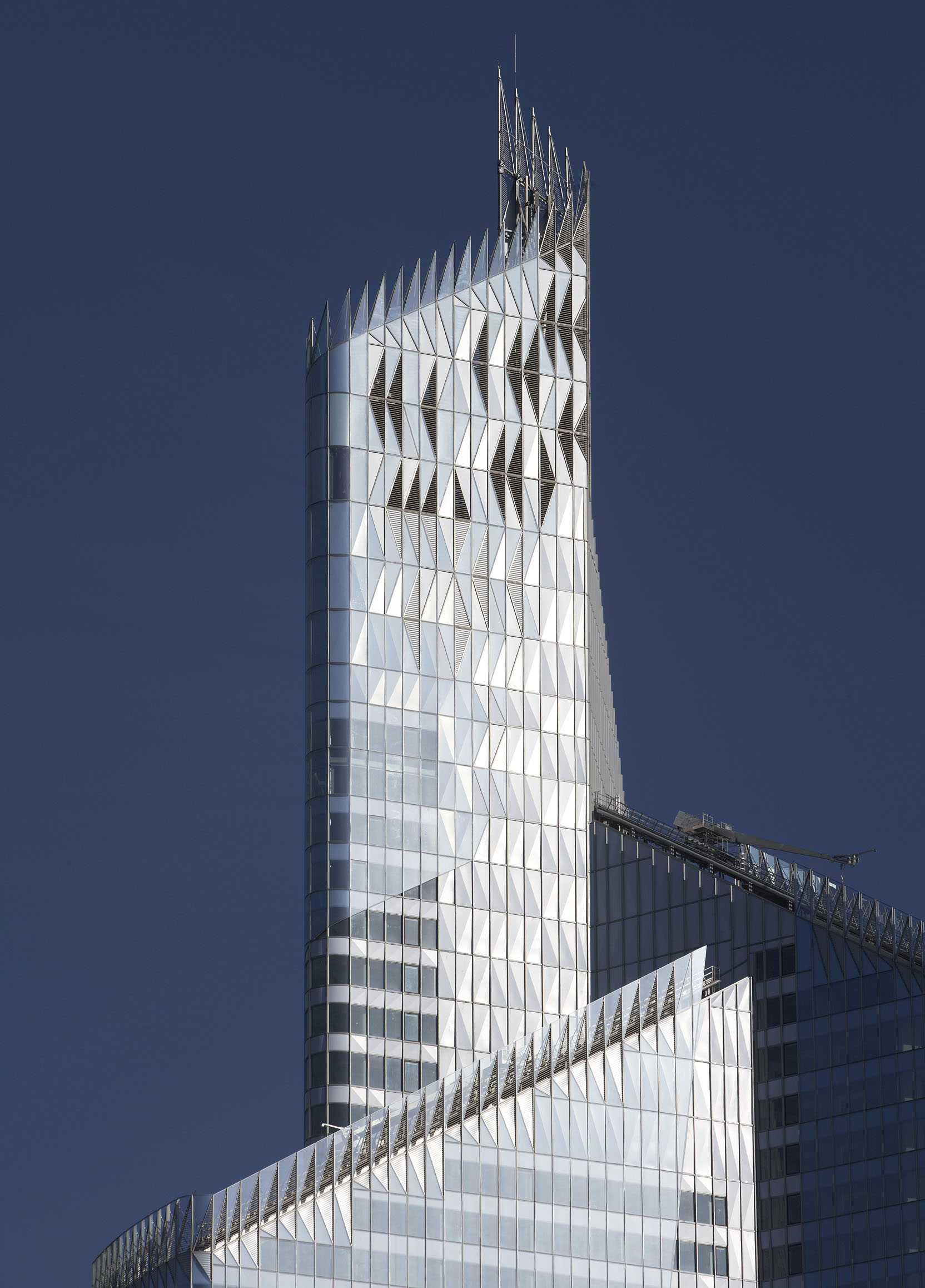 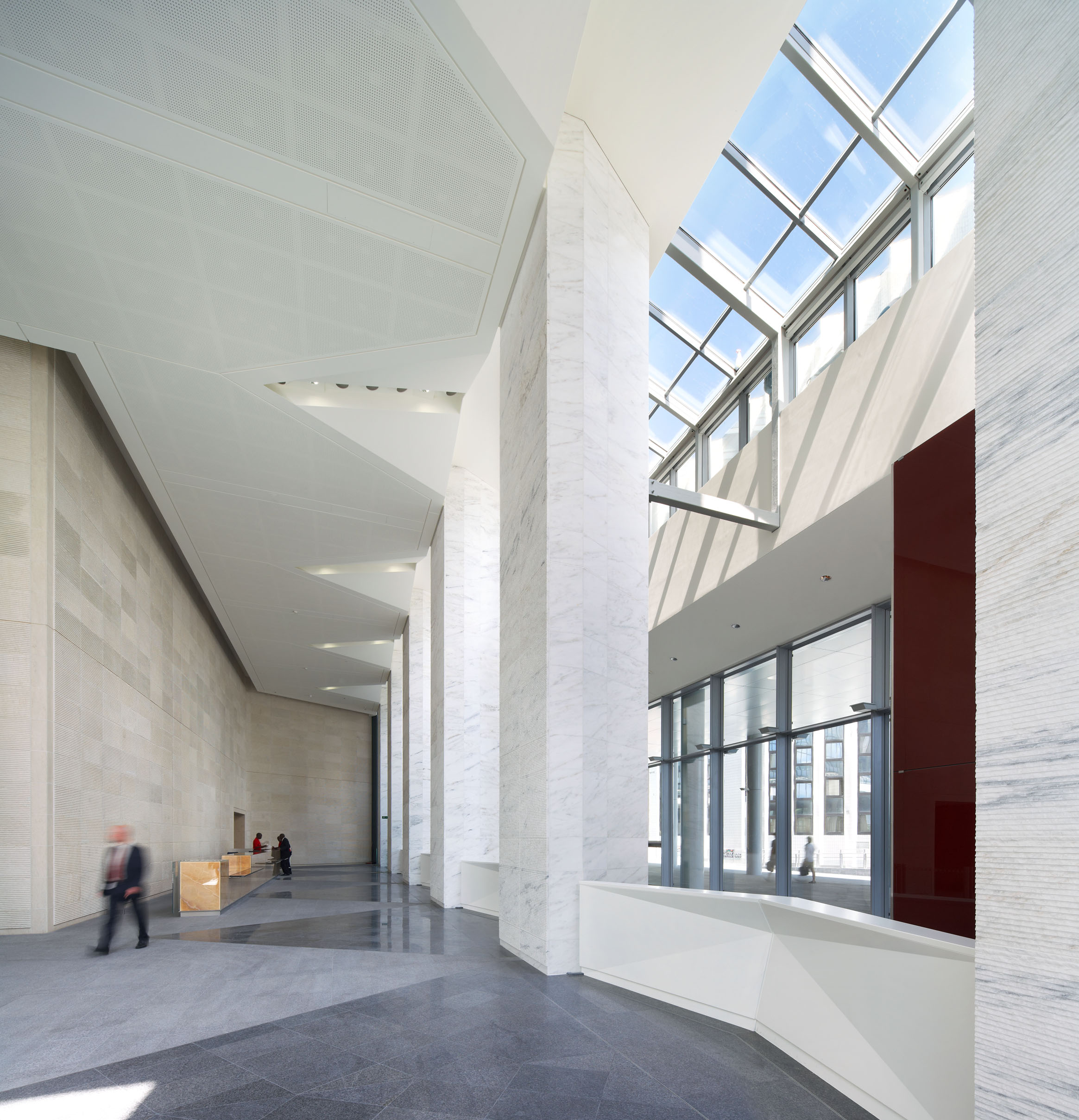 […] via Architects + Artisans and Kohn Pedersen […]

To Whom It May Concern:

I am visiting Paris from May 15-20. Can we go up as tourists to the top of your building ? The Montparnasse Tower is closed until June 1st, and the Eiffel Tower has only one elevator running. Pleaae answer me as soon as possible.

For five years now, Thomas Fuchs, former design director at Donghia, has been selling his products directly to architects...