Where others may find despair, potter Forrest Lesch-Middelton finds history, patterns – and art.

He’s been working in clay, making pots and tiles, since he was 14.  “It became apparent to me at an early age that it would either be there with me for the rest of my life and I’d fight it, while I got a job and missed it, or I’d embrace it and do something with it,” he says.

So he did something with it.

“What drew me in was going to studios in New England where potters were listening to books on tape or NPR, and having a cup of tea while they talked about the work,” he says.  “People were just wandering in, stopping and chatting.”

He’s finding that to be true even more so in the digital age.  When he launched a kickstarter campaign recently to fund new equipment for his studio, he received a response that wowed him.  It was from a fellow whose father had been a potter, and whose wife was originally from war-torn Southeast Asia.

“I was blown away, just stunned by it,” he says.

That’s in part because, he says, the patterns in his work are inspired by the consequences of war, politics and commerce – in places like China, Afghanistan, Iraq and Iran.  He believes that patterns in artwork are some of the first indicators of sharp changes in culture, immediately following human sorrow.

His current work, a collection called “Origins” consists of tiles that are patterned, geometric and floral, recalling Islamic and Turkish designs from the late 1500s, when a Renaissance in ceramics was taking place.  He uses them to create a common language to take the viewer beyond utility, and to hint at the deeper beauty of unfamiliar places.

And a major part of that was contributed by the fellow whose father had been a potter, and whose wife knew the meaning of war.

To put him over the top of his kickstarter campaign goal, go here

For more information, go to http://cletile.com/artist-tiles/forrest-lesch-middelton/ 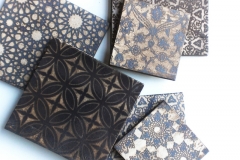 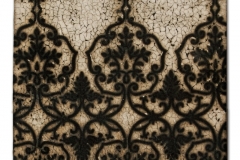 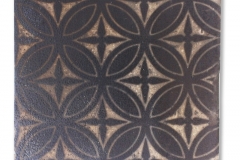 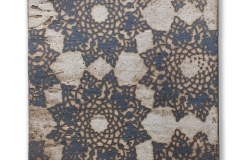 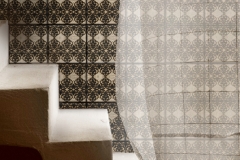 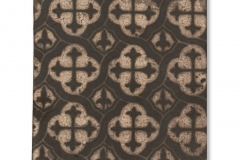 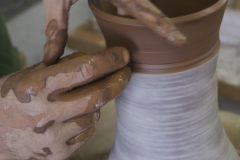 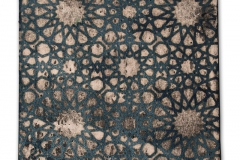 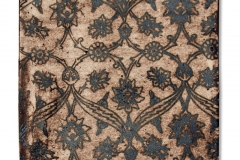