In this, the most difficult lending and building environment since the Great Depression, Rob Goodwin in Perkins + Will’s New York office understands the power of a positive attitude.

He should: he’s got one tower in the Middle East under way, and two more on the drawing boards.

“Architects are optimistic,” he said. “You have to be. If you were only a realist, you wouldn’t be in this business.”

In Dubai, he’s broken ground on a 60-story mixed-use, L-shaped tower composed of two volumes. The Dubai International Finance Center’s lower slab is reserved for offices and restaurants, while the the upper is for living spaces and hotel. Its design responds to the intensity of the Dubai climate through the concepts of shielding, screening, filtering and opening. It enables space, light, air and landscape to pass through easily.

The office slab is penetrated by a six-story slot for landscape and pedestrian movement. The residential tower is pierced by a series of multi-story sky terraces to create landscaped, outdoor common spaces.

In Jeddah, Saudi Arabia, he’s working with the Kempinski luxury hotel chain on a tower overlooking the Red Sea, now in the design/development phase. It’s mostly residential space, featuring a hotel at the base of the building, parking below grade, with business and service suites ascending, and condominiums occupying the top third.

“This is place where people with money will be buying vacation properties,” he said. “There’s a lot of tourism here, because it’s a hot, humid climate and you can be outdoors for four to five months of the year. People come here for the diving in the Red Sea.”

He calls its design hallmark a multifunctional architectural sail. It shades the sun, blocks the wind and changes in depth as the building grows taller. “The balconies are shallow at the bottom of the building, and as you go up, they become deeper and deeper until at the top, they’re basically outdoor rooms,” he said.

The sail is oriented toward a view of the sea, and at night acts as a sweeping series of light fixtures. Lighting is programmed for a soft glow that moves in a pattern across the building, which is sheathed in a synthetic, translucent fabric like Denver’s ariport.

The Jeddah SailTower is moving ahead, he said, and he hopes to break ground in the spring. It’s already won a coveted MIPIM Prize from the British-based Architectural Review competition in Cannes.

In Riyadh, Saudi Arabia, he’s designed the Al-Birr Foundation Headquarters Building, a 27-floor structure that’s another mixed-use structure for office, retail/restaurant and conference center.  Though it’s on hold at the moment,  Rob anticipates its resumption soon.

“It’s derived from thinking about how to design a tower in in the Islamic world in Riyadh, which doesn’t have a lot of towers,” he said. “So it’s iconic by its very existence.”

Riyadh is an intense, hot and dry climate. “The sun, and solar absorption, have to be dealt with in an integrated expression. “It’s not like sustainability can just be tacked on – the south facade has to be different from the north,” he said.

First, with the walled gardens seen in many homes there. “They’re almost as important as the building itself,” he said. “They’re a subtractive element that wraps around.” Second, with a minaret – a vertical element that’s one of the most memorable in Riyadh. And finally, with a ‘mashrabiya,’ or open, wooden screen, sometimes found at the top of traditional houses there. “It was a primitive form of air conditioning,” he said.

These references to traditional Islamic architecture, Rob said, help give the project a sense of place and meaning.  It looks at the traditional and responds in a modern way. “This is not about mimicking motifs; it’s about understanding the forces that influenced these forms, and creating something new.,” he said.

For more on Perkins + Will, go to www.perkinswill.com. 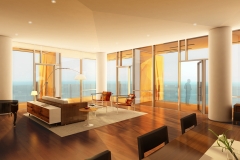 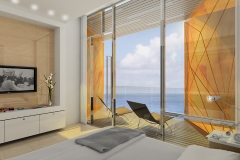 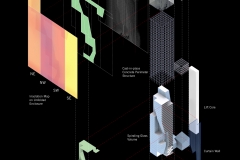 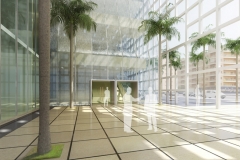 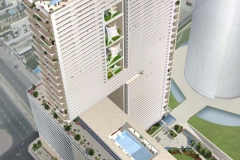 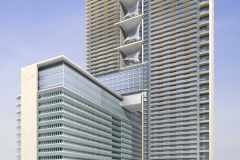 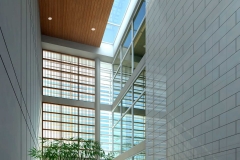 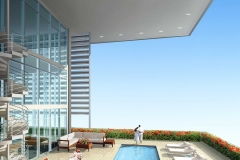 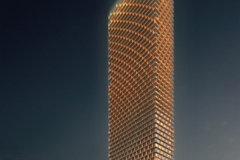 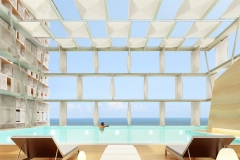 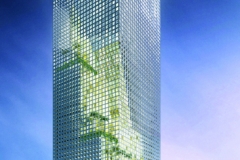 For thirty years, Centerbrook Architects and Planners has been working slowly but steadily to build a carefully thought-out...