Fresh out of undergraduate school at the University of Virginia in the late 1980s – and facing a recession – Thomas Woltz leapt at the chance to teach architecture at the school’s summer program in Vicenza.

By summer’s end, he’d secured a job with Giorgio Bellavitis Architects in Venice.  There, the absence of traditional landscape – of trees, shrubbery or groundcover – shifted the arc of the trajectory of his career.

“Living in Venice led gradually to the realization that this mineral world was a ‘landscape,’” the principal in Nelson Byrd Woltz (NBW) says today.  “I realized that an urban landscape is as satisfying as the forest and fields of my youth.”  He’d grown up on a farm in rural North Carolina, the grandson of an attorney and the son of an industrialist building businesses in textiles and steel.

But it was the magic of the Venetian streets and canals that influenced him most.  “I had the epiphany that landscape architecture actually starts the moment you walk out the door,” he says.  “I came to realize that it’s absolutely poetic – the construction of light, minerals and water – and that it’s possible to work fluidly and collaboratively with everybody at the table.”

He returned to Charlottesville, studied architecture and landscape design in graduate school, and earned his degrees in both.  One of his professors was noted landscape architect Warren Byrd, whose firm he would join in 1997.

At the time, there were three employees.  Today, there are 35, spread out across the nation, including Manhattan and San Francisco.  Their work in New Zealand, highly acclaimed on its own merits, has also won that nation’s most coveted awards.

He eventually returned to Venice, to design the courtyard and gardens at Peggy Guggenheim’s former home, the Palazzo Venier dei Leoni, on the Grand Canal.

More recently, NBW trumped entries by OLIN Partners and Sasaki in a competition for the design of 14 acres of grand parks and open spaces at Hudson Yards in Manhattan, where five tall buildings soon will rise, designed by the likes of Bill Pedersen of Kohn Pedersen Fox, David Miller of SOM and Elizabeth Diller of Diller Scofidio + Renfro.

Located on the West Side, it’s the largest remaining vacant slice on the island to be developed –  a sprawling, dense, mixed-use project stretching from Tenth Avenue to the Hudson River, and reaching from 30th to 33rd Streets.  The skyscrapers will climb as high as 1,000 feet; 12 million square feet of space are planned.

It’s the perfect opportunity, for a designer whose star clearly is rising, to share his talents on a major stage.  If he gets it right, we’ll see a delicate appreciation for scale and proportion – learned at Jefferson’s “Academical Village” and refined in Vicenza and Venice – with designs filtered through a modernist’s spare and reductive lens.  His work seems often to embody the best of both worlds; if he can harness it all successfully here, the city will bask in a new kind of glory.

“The idea is to give the landscape a gravitational pull that’s still in scale with human beings,” he says.

Ground has been broken on the first skyscraper, and Woltz et al are at work on the plaza and spaces around it.  Soon enough, a major artist will be named for a work to grace the five-acre plaza at the project’s center.  “Once the artist has been selected, we’ll dive back in to complete designs for the plaza,” he says.  “That’s when it makes sense for us to move forward.”

New Yorkers will see the results in just a few years; some estimates indicate a completion date as soon as 2016.

Or to hear Woltz in person, he’ll be interviewed by Vin Cipolla, president of New York City’s Municipal Art Society, on Wednesday, June 19 from 6:00 to 8:00 PM at the AIA New York Breakthrough Space, 536 La Guardia in Manhattan.  For more information, go to http://aiany.aiany.org/index.php?section=press-releases&prrid=281 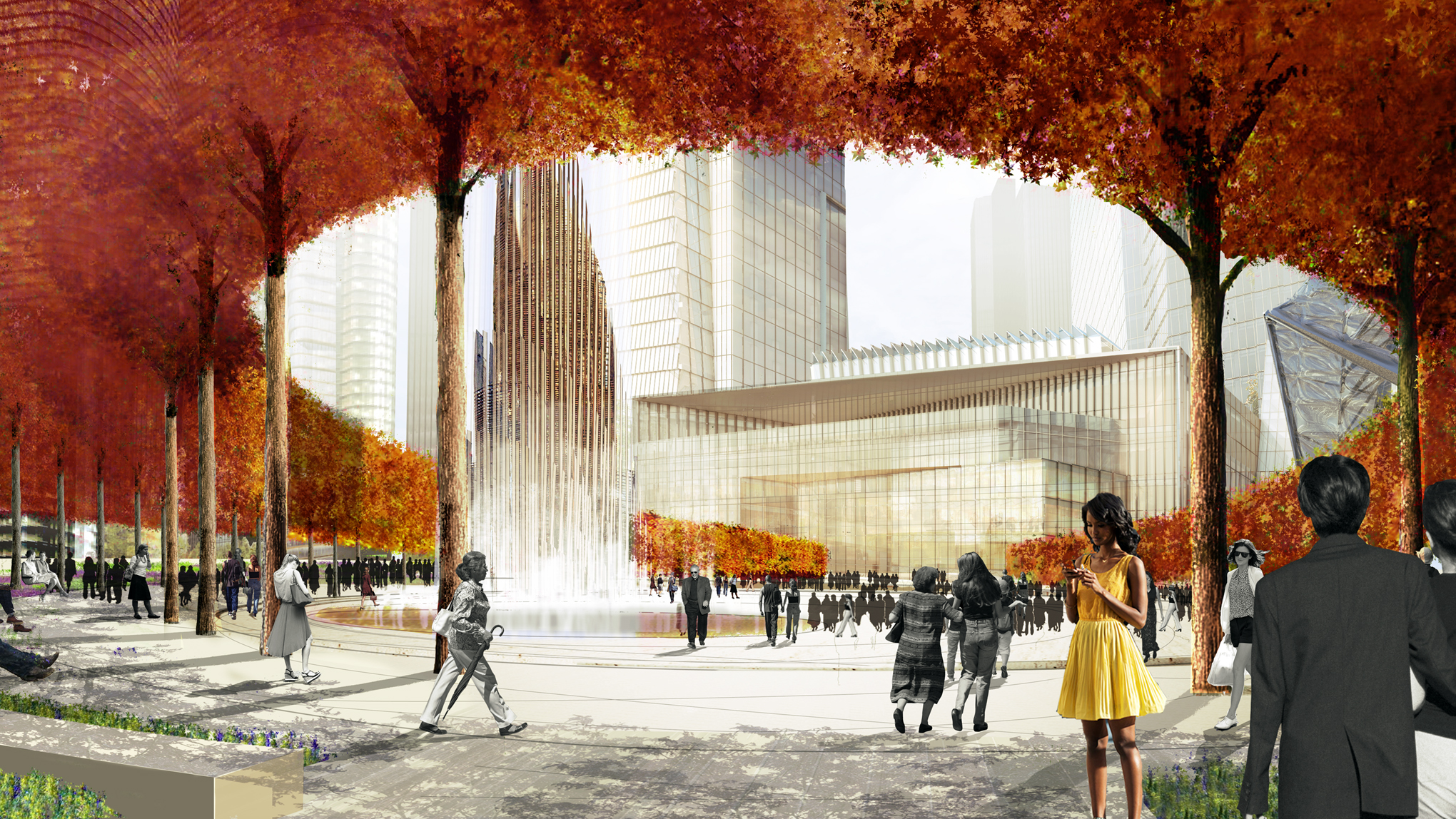 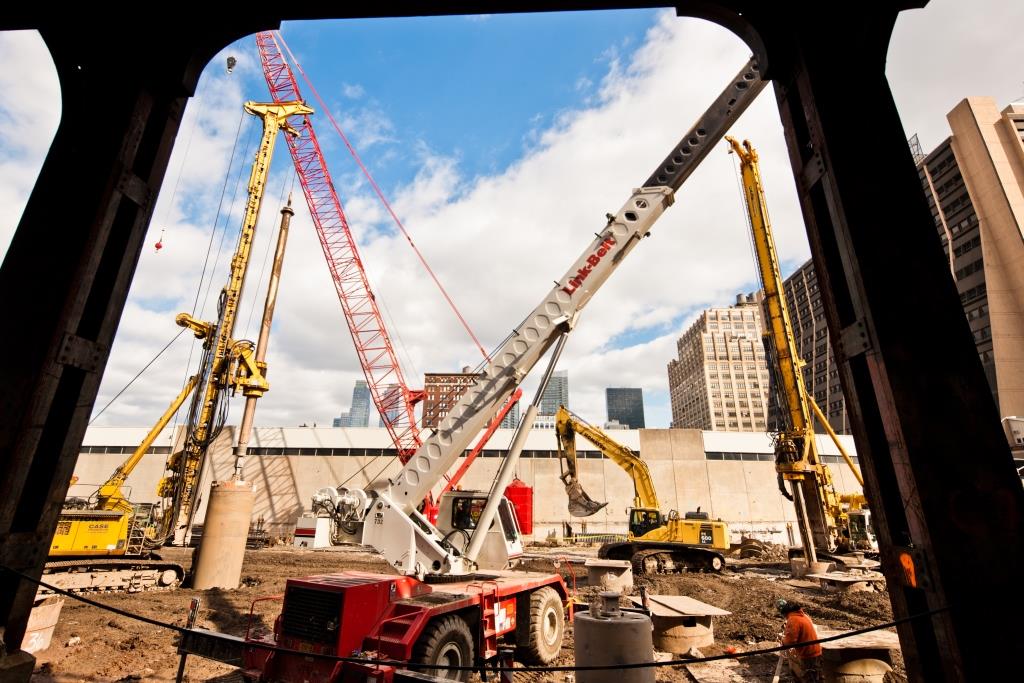 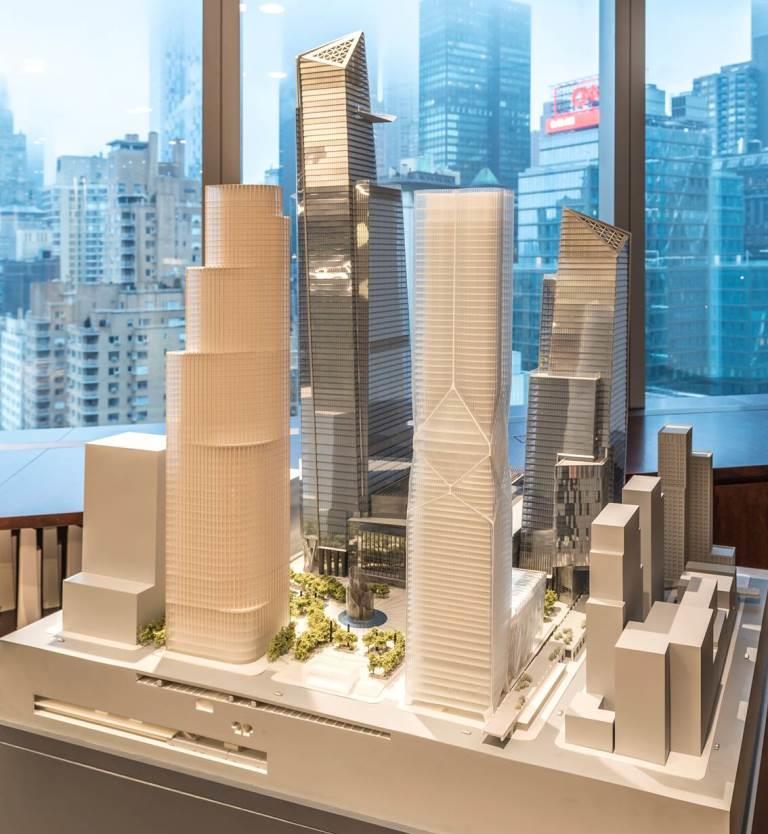 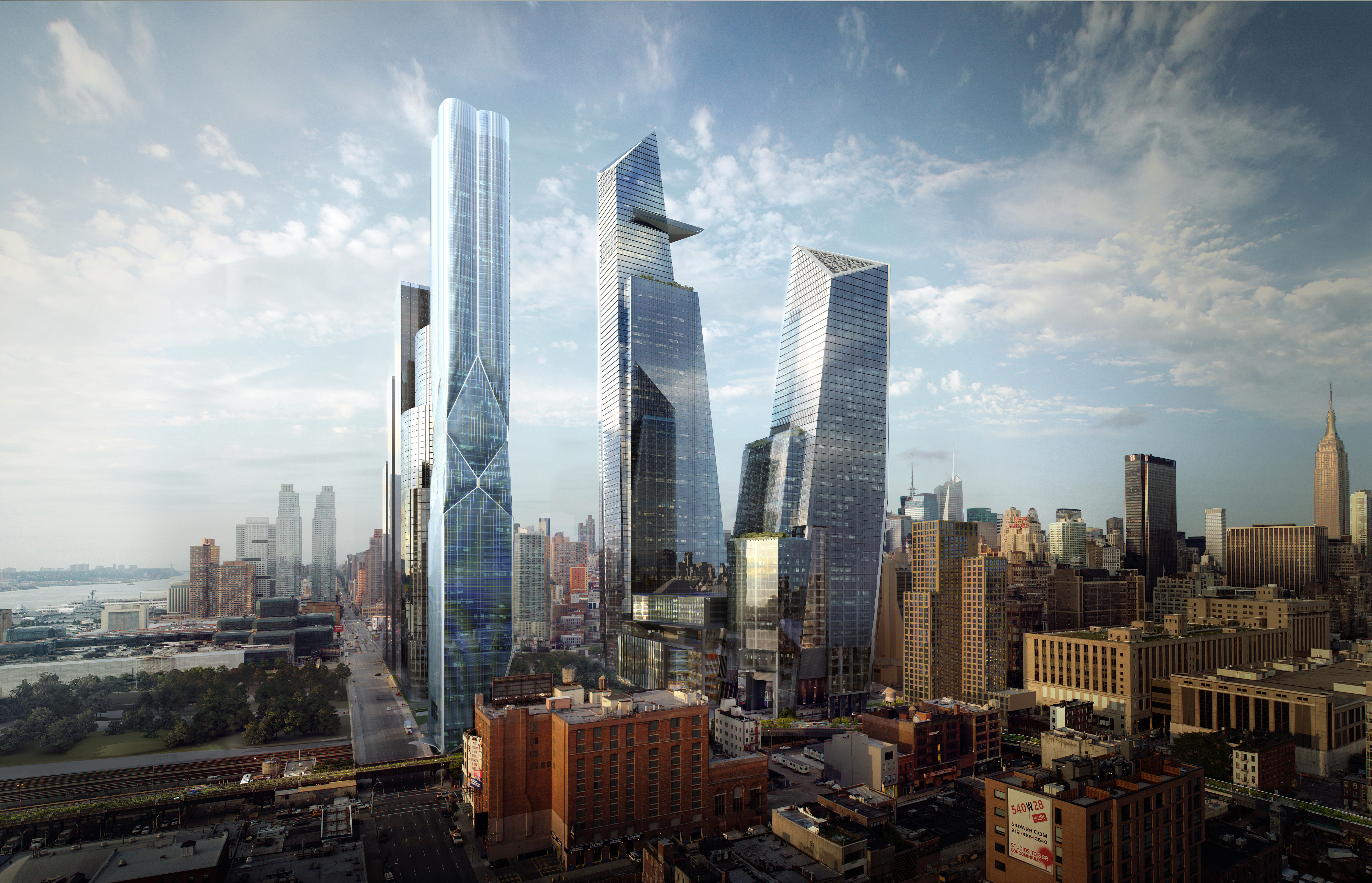 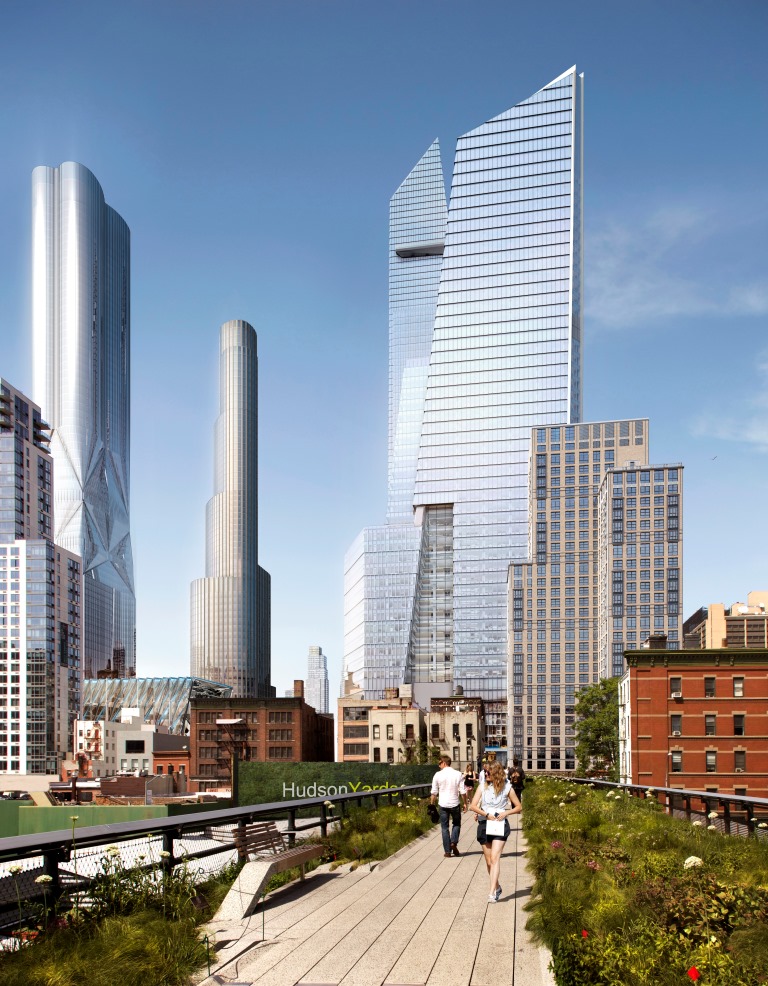 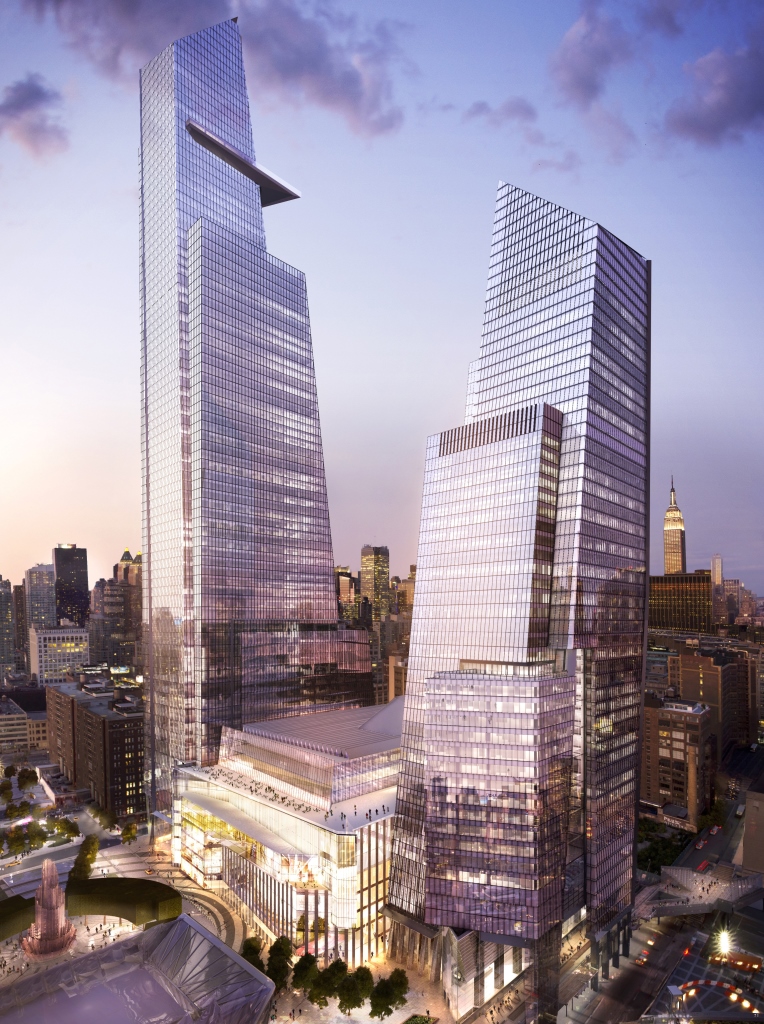 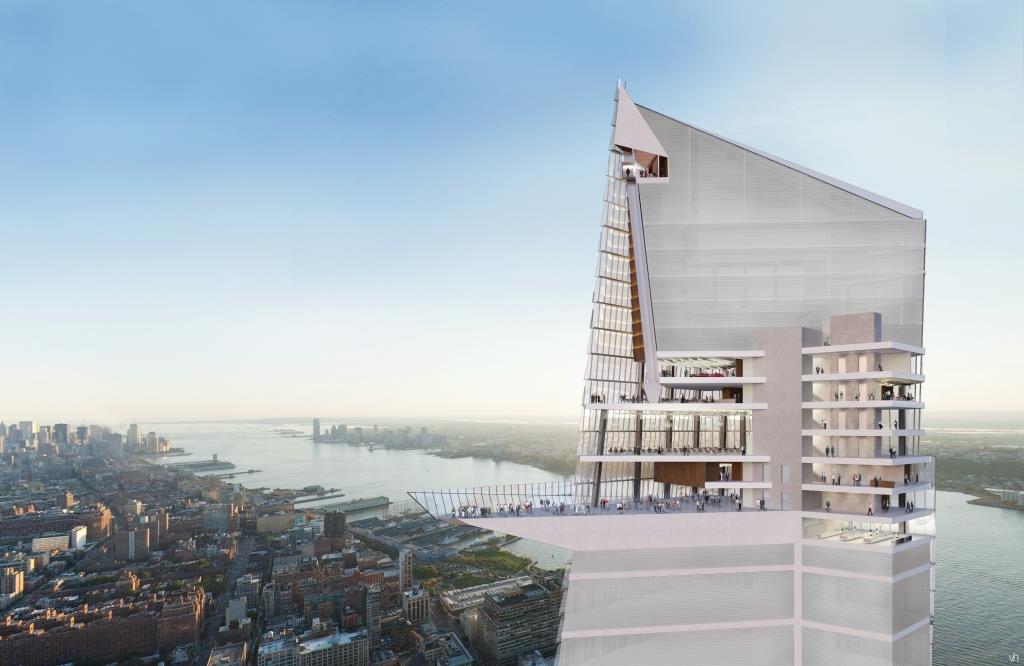 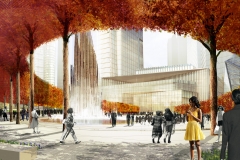 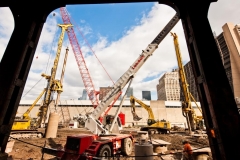 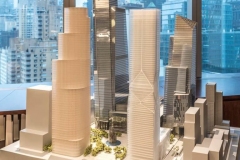 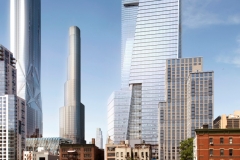 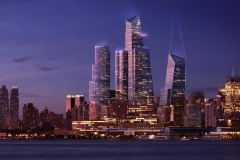 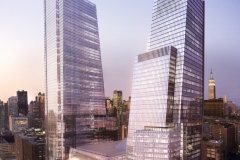 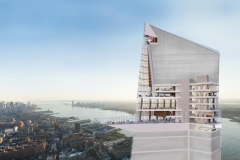 Light Sensitive in the Nasher at Duke

Two years ago, a group of 60 North Carolina architects and design aficionados boarded a motor coach bound for Thomas Jefferson’s...

May 3, 2013
Copyright 2014 Venus Premium Magazine Theme All Right Reserved.
Back to top