Not by a long shot.

The three Philadelphia partners in MODA botanica derive their pleasure and inspiration from art, from architecture, from the auto supply store and from Home Depot.

In the case of the Philadelphia International Flower Show, where they’ve just racked up five major awards – including Best in Show – they stacked six cargo containers on top of each other and filled them with flowers, lights and mirrors.

“You know, shipping containers, just like at the ports,” Armas Koehler, one of the partners, said. “They’re beat up, with a lot of markings and graffiti, and in mixed colors – rusty orange, a darker orange, a light blue and a dark blue.”

They used theatrical lighting and mirrors to make the displays look bigger than they actually are. The bottom of one is covered in a meadow of goldenrod, and mirrored on the ceiling. In another, flowers hang from the walls. In still another, a dining room table is fabricated from common warehouse pallets.

The firm had to purchase their containers because they wanted to cut the ends off so visitors could walk through them.

“It is very unconventional,” Armas said. “We pride ourselves on doing something different and totally unexpected.”

Their display there is purely their own vision. But they do sit down with clients, listen, and then interpret their wants and needs for weddings, dinners and special events. “We like to put our own spin on what they say they want,” he said. 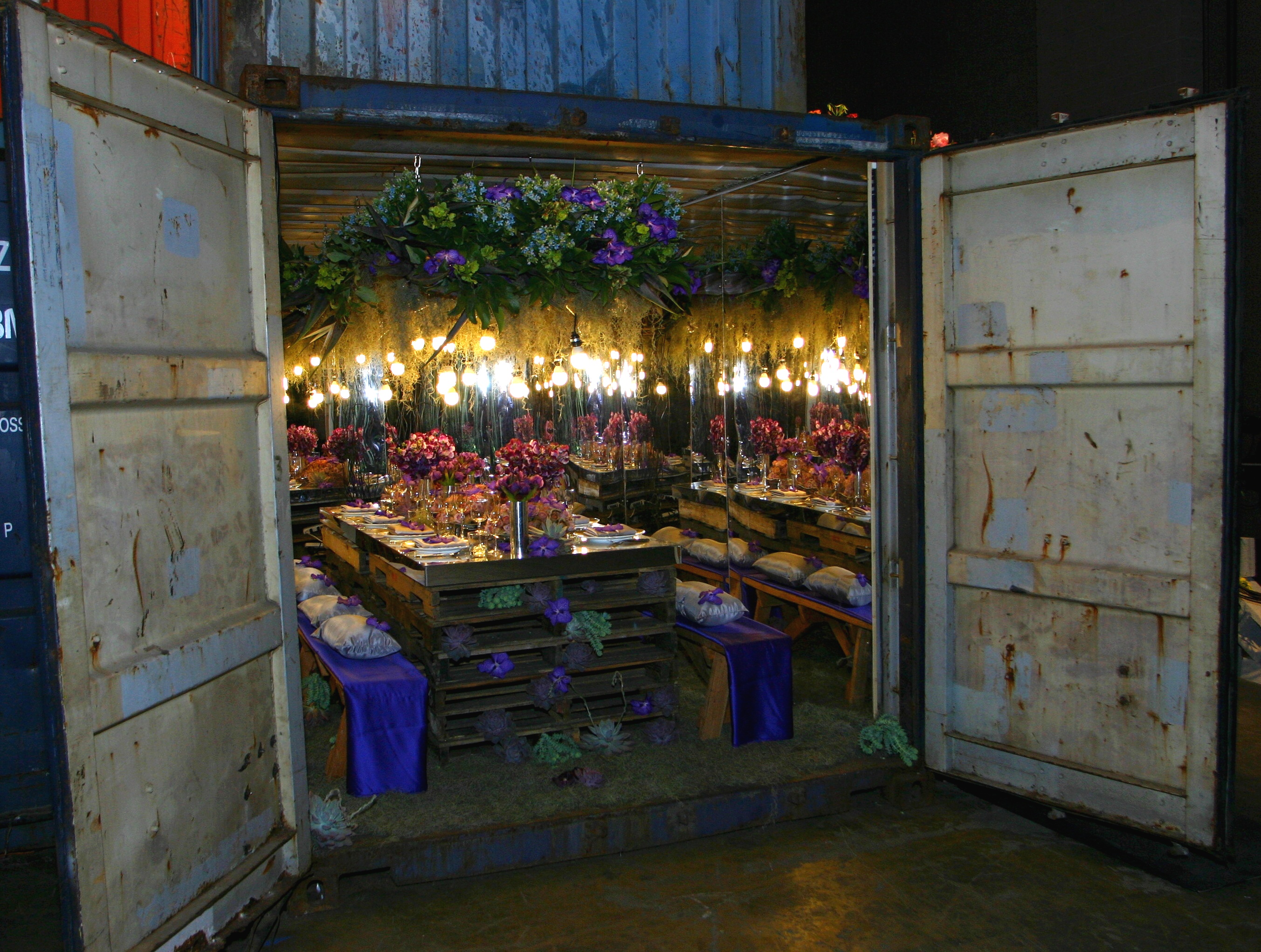 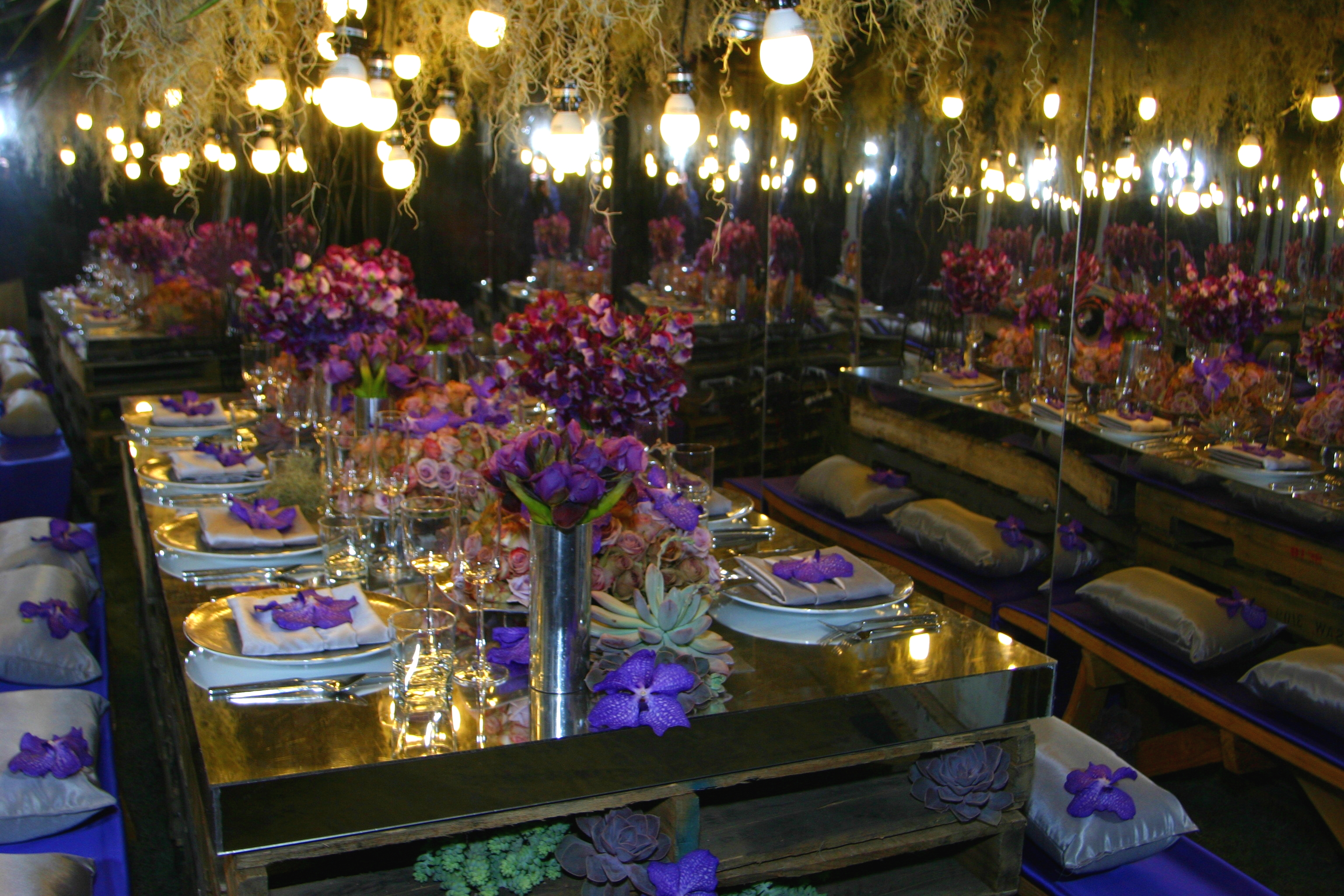 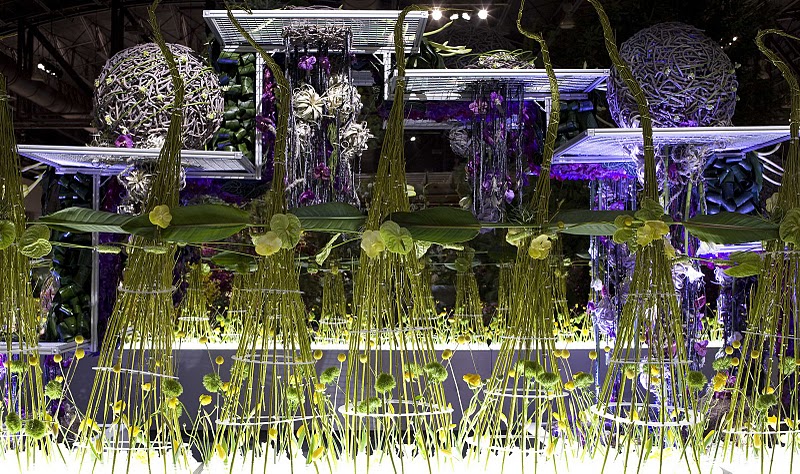 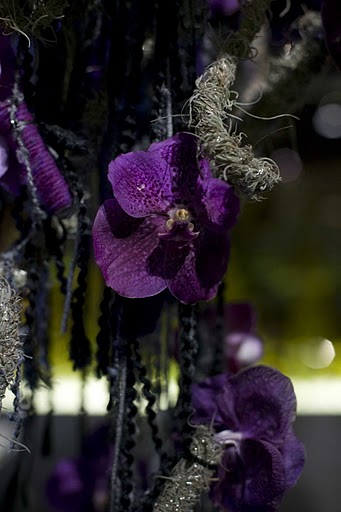 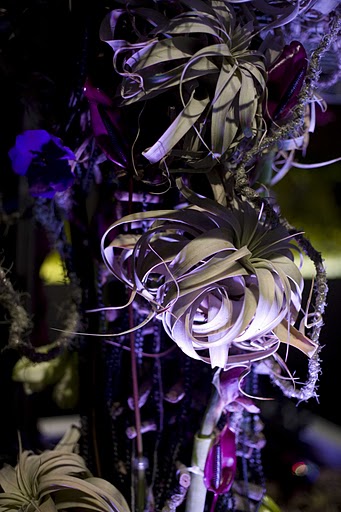 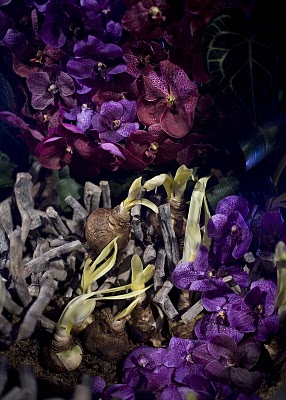 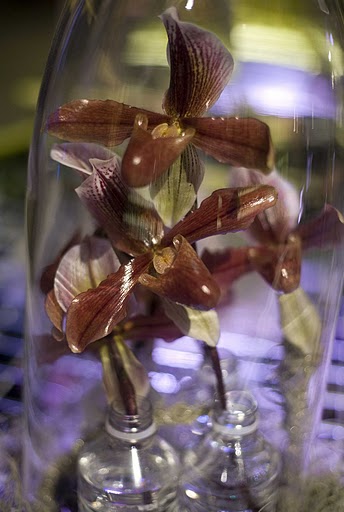 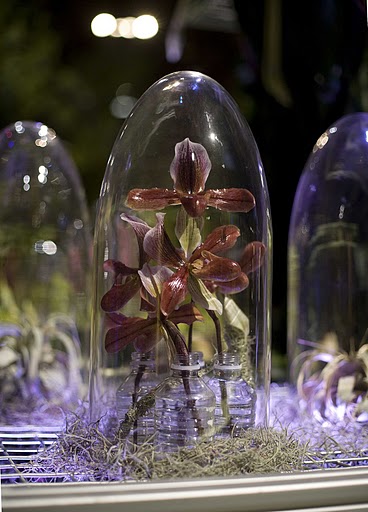 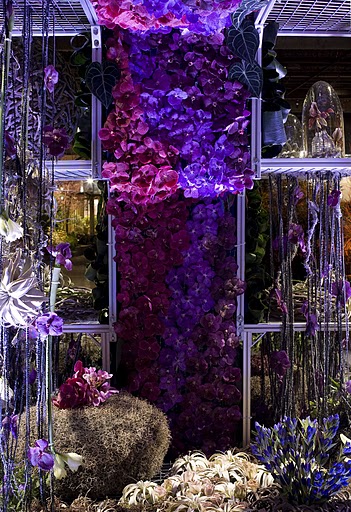 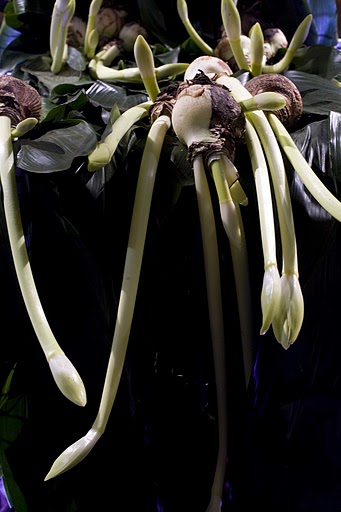 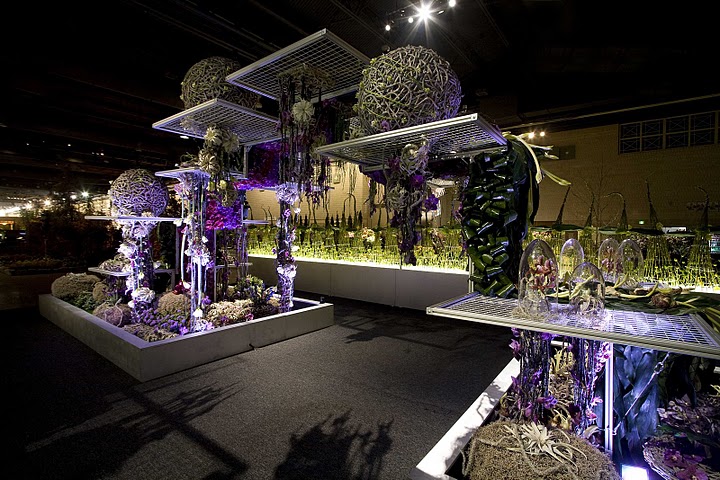 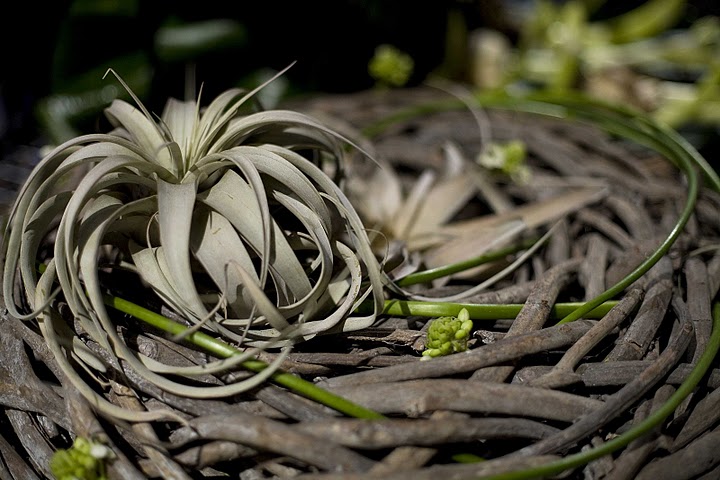 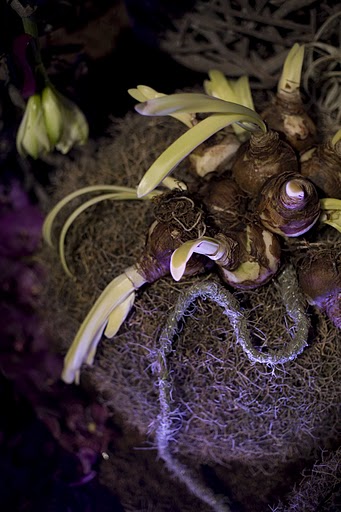 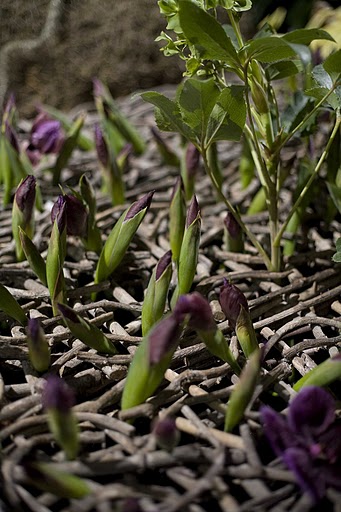 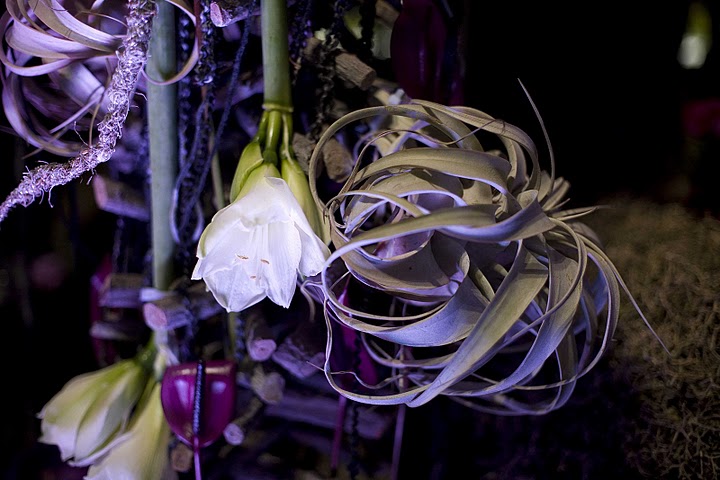 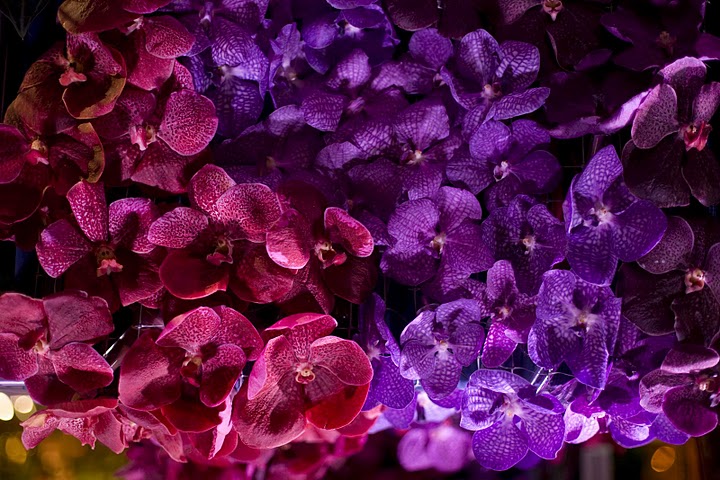 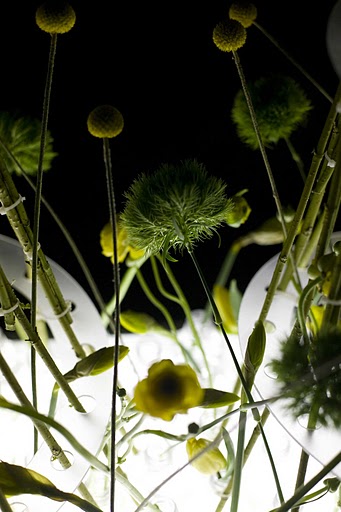 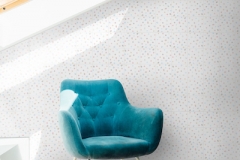 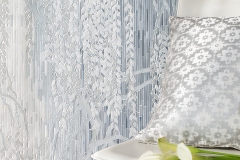 Wow, love the images, particularly the first one!

What a creative use of containers! Hank will be impressed being in the world of shipping those containers here and yon..

This was clearly the best exhibit of the entire show for me. Creativity and beauty and inspiration combined.

the shipping container exhibit at the 2010 PIFS displayed the creative approach taken by this floral design team. the theme was “passport to the world” and almost everything we touch has come to us via the ubiquitous shipping container from all corners of the world – great take on it!

A very neat idea. It’s reinventing ugly. And also, it kinda makes the flowers kinda manly. Which is awesome, flowers should be breaking gender barriers. 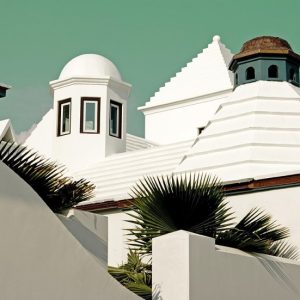 Alys Beach is built for the long term. It's made of hurricane-proof, sustainable materials that last, like concrete,...