The Third & The Seventh: A Video

It looks real, but it’s twelve and a half minutes of exquisite computer animation.

All of it: The Louis Kahn-designed Exeter Library. His masterpiece in Bangladesh. Even Frank Gehry’s Walt Disney Concert Hall in downtown Los Angeles.

Alex Roman did it. He’s one of the most admired artists in the world of computer graphics – a master 3D designer. With his latest video, he’s created a new reality out of the surreal and the abstract, in a video that’s architecture, art, photography and fantasy – all at once.

He calls it “The Third and The Seventh,” and the critics like it:

Scott Macaulay of Filmmaker magazine’s blog noted on January 9 that: “The online video of the moment is Alex Roman’s The Third & the Seventh — so much so that Roman’s own site, which I was going to link to, is down due to bandwidth excess.” Since posting a month ago, he noted, the video has been watched 500,000 times.

Noah Harlan of the Blow blog wrote: “This is the most breathtaking work of pure CGI (i.e.: it’s 100% CGI) I have ever seen – including Avatar in IMAX 3D. And this was all done by one guy. The 3D modeling, the rendering, the coloring, even the music. It’s slow, it’s not really a good film, but as a work of art, it is breathtaking.”

And the bloggers at GRESCALEGORILLA wrote: “A beautiful, architectural, short film made with Vray and 3DStudio Max. The sense of depth and space in this is really amazing. The shallow DOF and diptychs really make this piece shine. He includes some making of and composite shots below for all of you. “That can’t be 3D!” peeps out there. Makes me want to learn Vray. Get some coffee and enjoy.”

Concrete as Art: Alluring and Addictive

In Carolina, a Strong and Simple Farmhouse 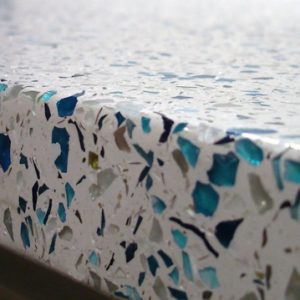 Concrete as Art: Alluring and Addictive

Michael Bustin is entranced by his flexible, design-driven solution for all kinds of interiors. “It’s an alluring,...