The Secrets Contained in Venetian Glass

Throughout the centuries, kings and queens traveled to Venice to marvel at the beauty and glory of glass blowing. This art form was continuously evolving in spectacular ways. During the 15th century, efforts were concentrated in the perfection of cristallo, a clear glass resembling rock crystal.  And in the 16th century, techniques were created to extract the natural smoky color from glass in order to arrive at a completely clear neutral material. Adding color to clear glass was mastered soon after.

The secrets of these techniques were very closely guarded. In the late 13th century, glassmakers were sent to live and work on the island of Murano, next to Venice. This was partially a practical solution to the problem of fires, which were a common hazard resulting from this work. It’s also very likely that this was a calculated effort to protect and control this profitable industry.

The 1970s “Lotus” or “Feather” suspension light presented here is an exceptional example of Murano glass of the period. Bold, modern, playful and expressive with its individually flared clear and milk glass panels, it reflects the freedom and experimental nature of the international Modern movement, which began in the 1950s.

Chandeliers from this period literally turn history on its head! Traditional chandeliers like this magnificent 18th century example, which comes from Ca’ Giustiniani Palace in Venice and was purchased by Henry Ford II for his estate, “Fordune” in Southhampton, N.Y. It commences at the top with a small tier and grows in circumference with each descending level. By contrast, the form in the 1970s was reversed. It has a grand statement at the top, which draws the eye to the ceiling and tapers down into the room.  In a similarly dramatic contrast the 18th century light is decorated with very precious, realistically styled flowers. This is replaced with a cohesive statement expressed through the repeated single panel in two sizes in the 1970s example.

This comparison demonstrates how the decorative expression and form has transformed over time, while the allure of Venetian glass lights remains. The lights from the 1970s in particular, transcend centuries of history retaining a grand and luxurious presence without pretention, allowing it to live harmoniously with historical and as well as contemporary designs.

Elizabeth Chase is a partner in Artecase, a firm that specializes in opening doors to the objects and lifestyle of Paris. 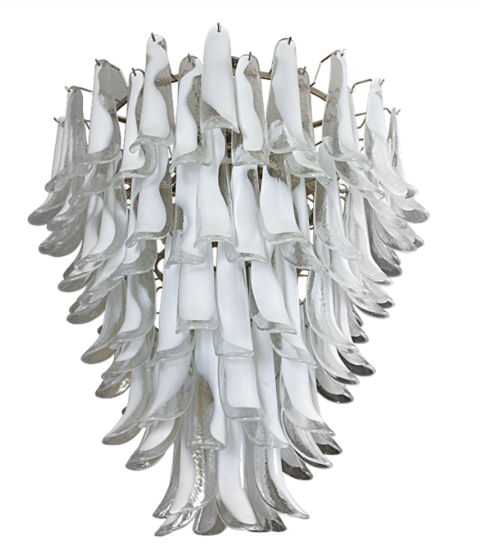 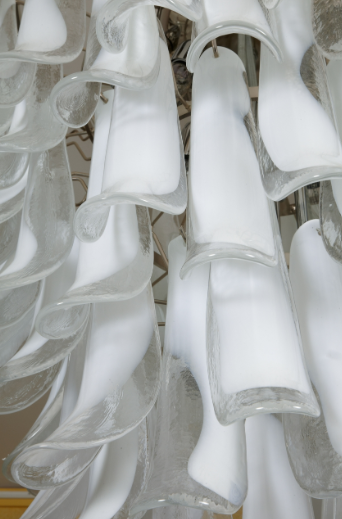 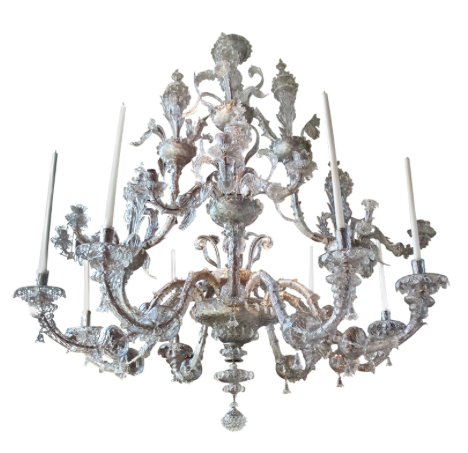 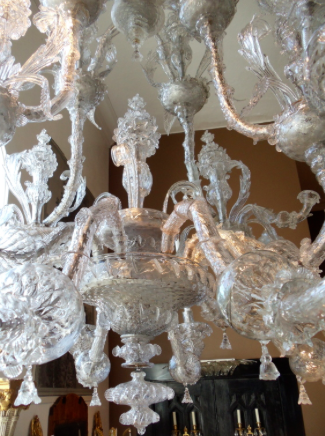 From Greece, Jewelry by Elena Votsi