The Restoration of a Master Architect’s Gravestone

When Stanford White’s great-grandson, Sam White, discovered that the gravestone for his great-grandfather’s favorite draftsman had been shattered and half-buried in mud for 50 years, he did the sensible thing.

He formed a committee. Its goal: to restore the stone that marked the grave of Joseph Morrill Wells, the architect who refined Stanford White’s ideas and brought them to fruition.

Sam White first recruited architect John McConnell, who’d revealed the gravestone’s location and condition to him. “He came up to me after one of my lectures, and said Wells was buried in Medford, Mass., in Oak Grove Cemetery,” White says. “He sent me pictures, and I saw that the gravestone was in terrible condition.”

White then brought in Mosette Broderick, an authority on McKim, Mead & White, and professor of urban studies at N.Y.U. “She knows more about Wells than anyone, and provided academic legitimacy – as well as a lot of cheerleading,” he says.

He looked up Richard Moylan, president of Green-Wood Cemetery in Brooklyn, who has connections with every major cemetery in America. “He linked us up with Josh Crane of Daedalus Conservation,” he says. “Crane gave me a price for fixing up the stone.”

And he enlisted Ute Wartenberg Kagan, executive director of the American Numismatic Society. “She agreed to have the ANS accept contributions for the restoration of the stone, making them tax deductible,” he says. “Ute and I are on the board of the Saint-Gaudens Memorial.”

Then he drafted a fundraising letter and sent it to 50 people he thought interested in contributing to the gravestone’s restoration. “One of my clients wrote a check for $2,500, and others contributed $250, so we were able to start the project,” he says.

Crane’s estimate to restore the 10-foot gravestone, knocked over and fractured by a falling tree branch decades ago, was $8,500. But clearly, this was a gravestone with a pedigree. “I have always understood that Stanford White designed it and it was carved under the direction of Augustus Saint-Gaudens,” he says. “I don’t think you’ll ever find a document to that effect, but it makes sense – the three of them were close friends.”

In fact, Stanford White and Saint-Gaudens had collaborated early on, in 1880, on a statue of Admiral David Farragut in Madison Square Park. The sculpture was Saint-Gaudens’ first major commission; White designed the carved-stone, semicircular platform on which it stands.

And Wells was the first employee Charles McKim and William Mead hired, even before bringing White in as a partner from Henry Hobson Richardson’s office. A high school graduate, Wells was an apprentice architect who would become the lead draftsman at McKim, Mead & White – and much more. “He was the conscience of the firm,” he says. “He was a paradigm of beauty and high standards.”

His standards were so high that he turned down the offer of a partnership. “He said he wouldn’t put his name on firm with so much bad work,” White says.

But he was surely Stanford White’s alter ego. “White would throw something on yellow trace and Wells would work it out, like the tower at Madison Square Garden,” he says. “They had similar sensibilities, and they made each other better designers.”

Wells also earned credit for helping the partners turn away from Richardson Romanesque toward a Renaissance style, especially for the Villard Houses in Manhattan. “White would work out these plans and then go off to Europe or Mexico and Wells would work them out – it was like nothing Richardson had ever drawn,” he says.

When Wells died in 1890, he essentially left White high and dry. “White recovered, though,” he says. “If you look at his work right after 1890, there was a hiccup but he recovered.”

As did Wells’ gravestone, thanks to Sam White and the team he put together to save it, in perpetuity. They had the town cut down the offending tree whose branch had knocked the stone over, then took more proactive steps. “We looked into various ides for groundcover to keep the lawn mowers away, but the cemetery wouldn’t allow it,” he says. “They wanted it to be easily mow-able.”

So the team recruited one more volunteer, another with a familiar last name. “Jay Olmsted from Winchester is a landscape architect and step-great-grandson of Frederick Law Olmsted,” White says. “Once the stone was up, John McConnell persuaded Jay to design a landscape strategy to protect the stone.”

Olmsted suggested a stone base so lawn mowers couldn’t come near it, and White’s committee raised $4,000 more for landscaping and plinth.

When Mosette Broderick related to this writer the story of the restoration of Wells’ gravestone, she was quick to call Sam White’s actions “heroic.”

White’s more modest. “It was a really satisfying thing to do,” he says simply.

But Wells, White, Saint-Gaudens – and even Olmsted – would likely be pleased with his efforts. 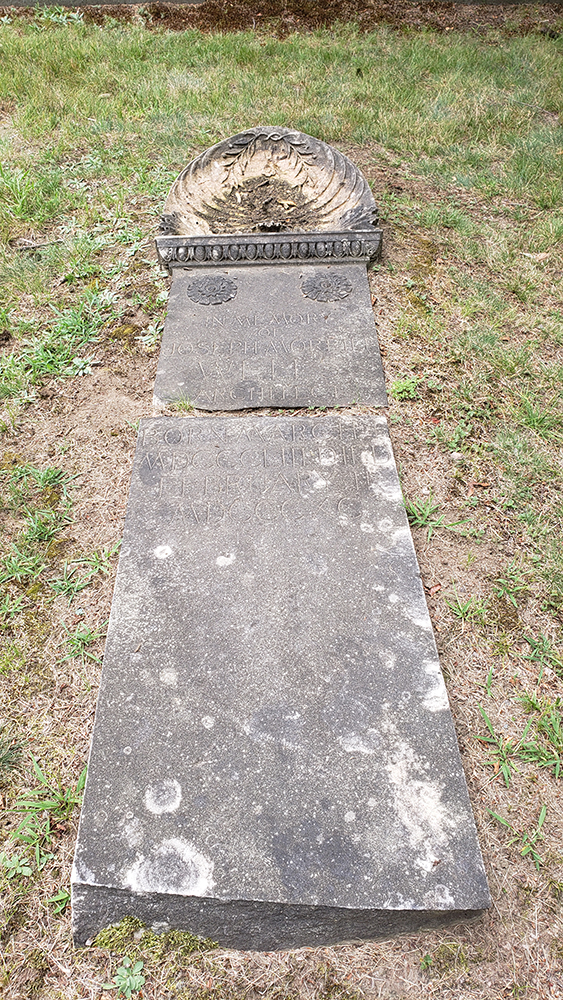 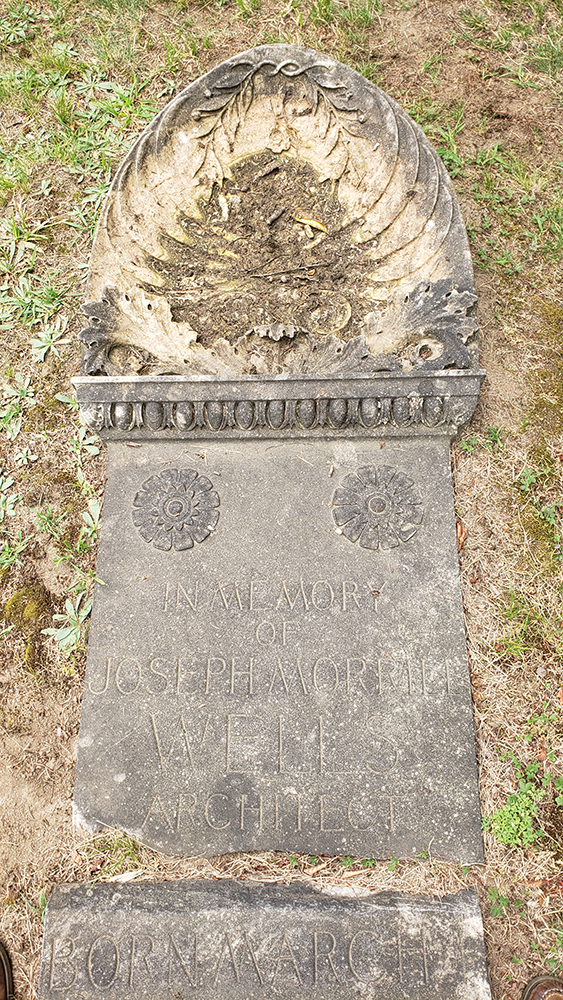 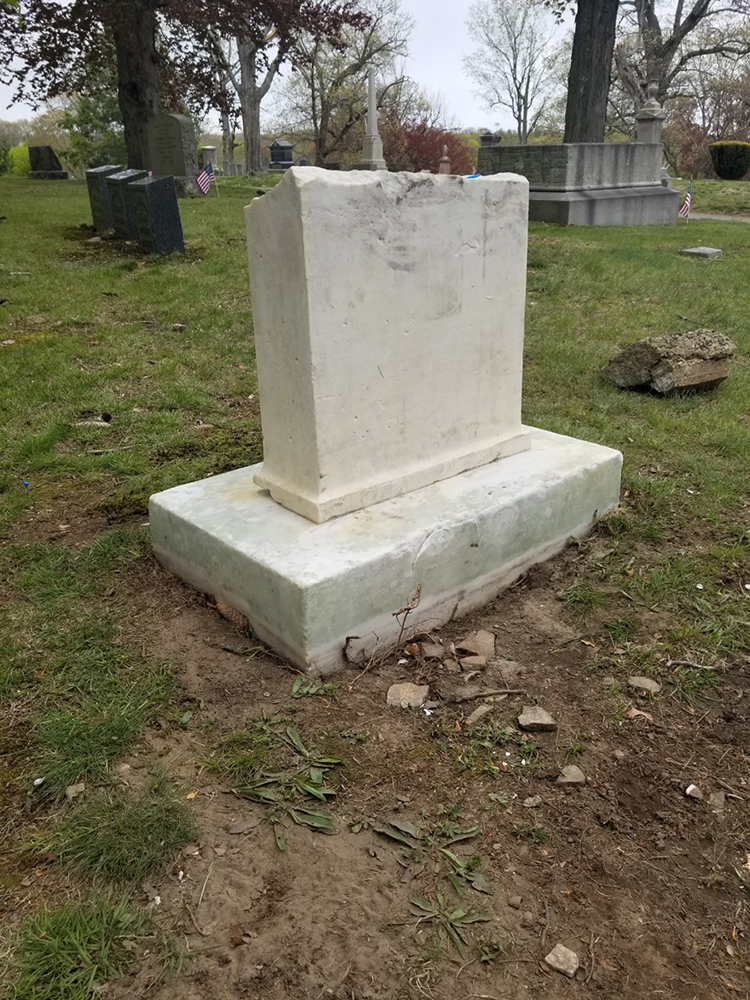 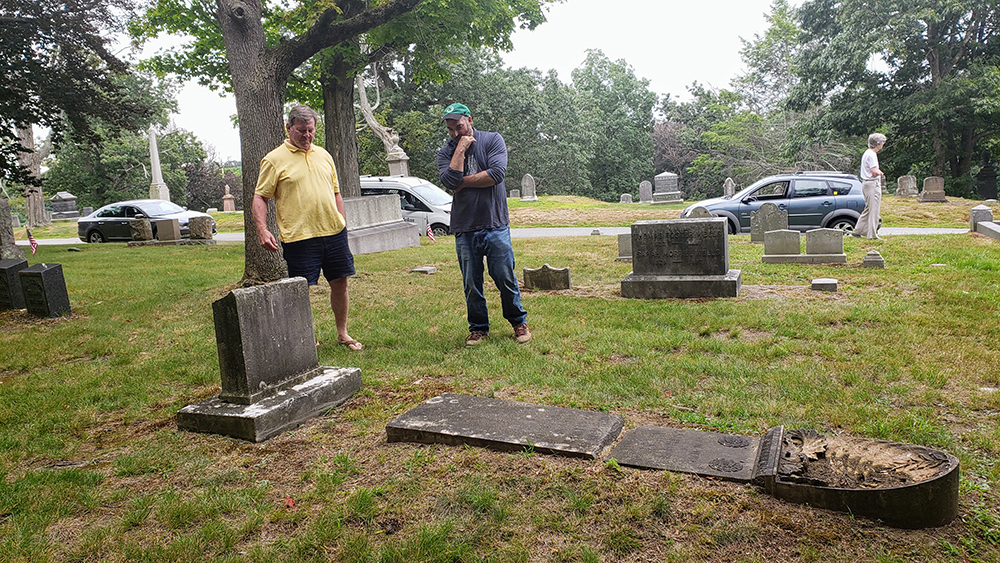 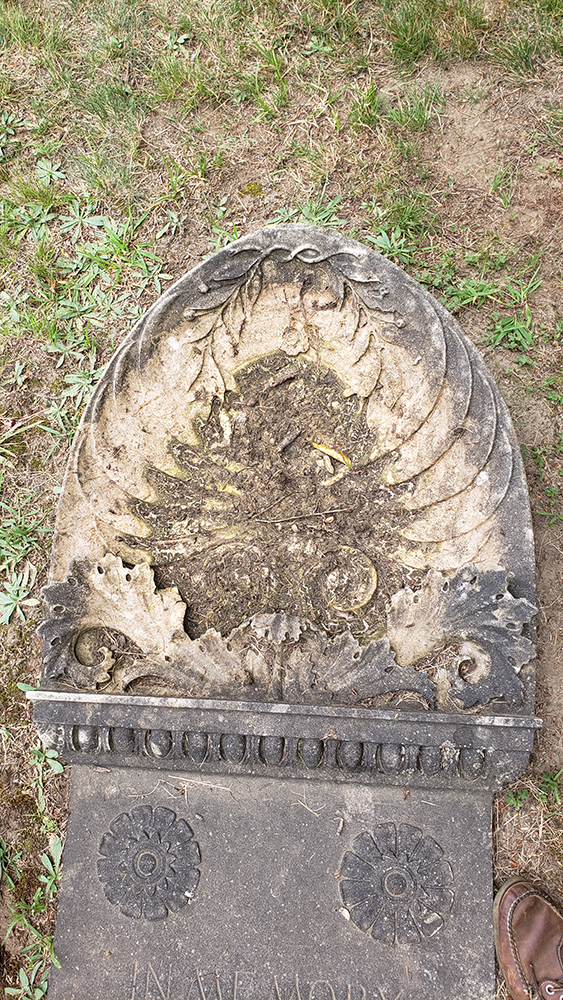 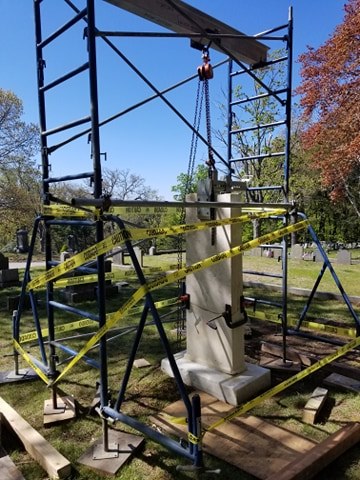 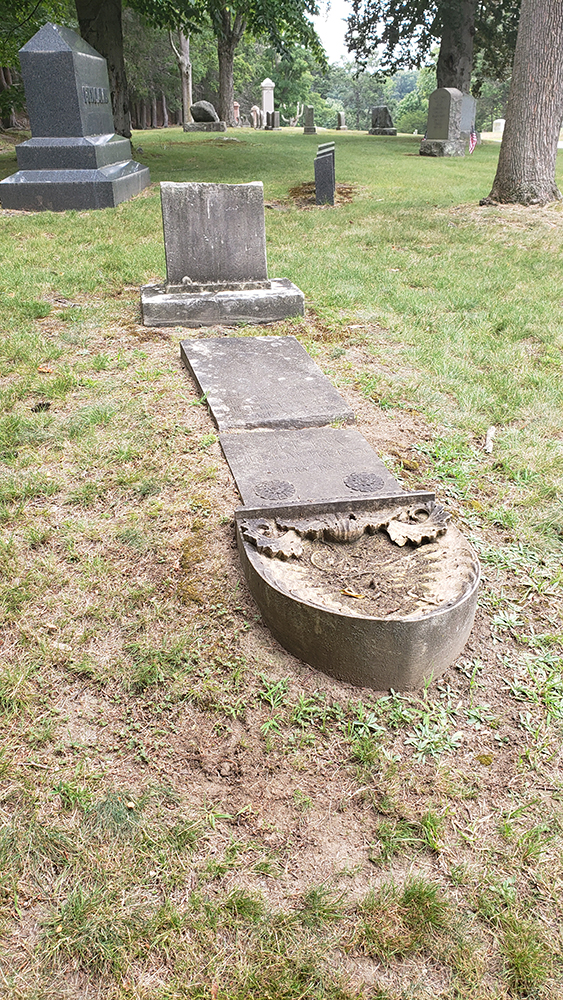 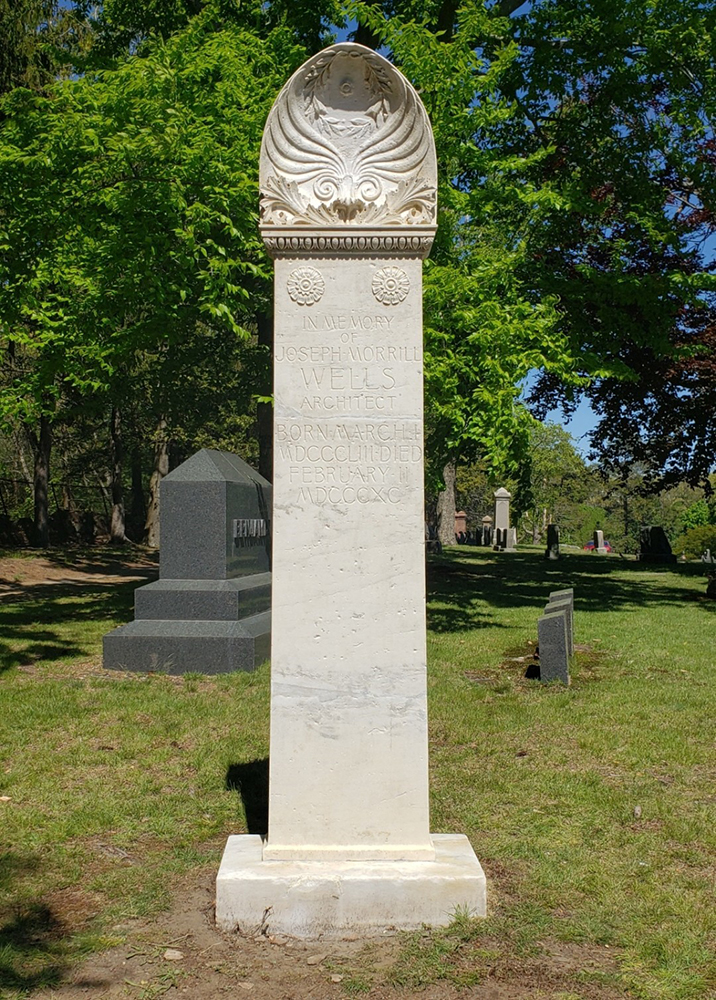 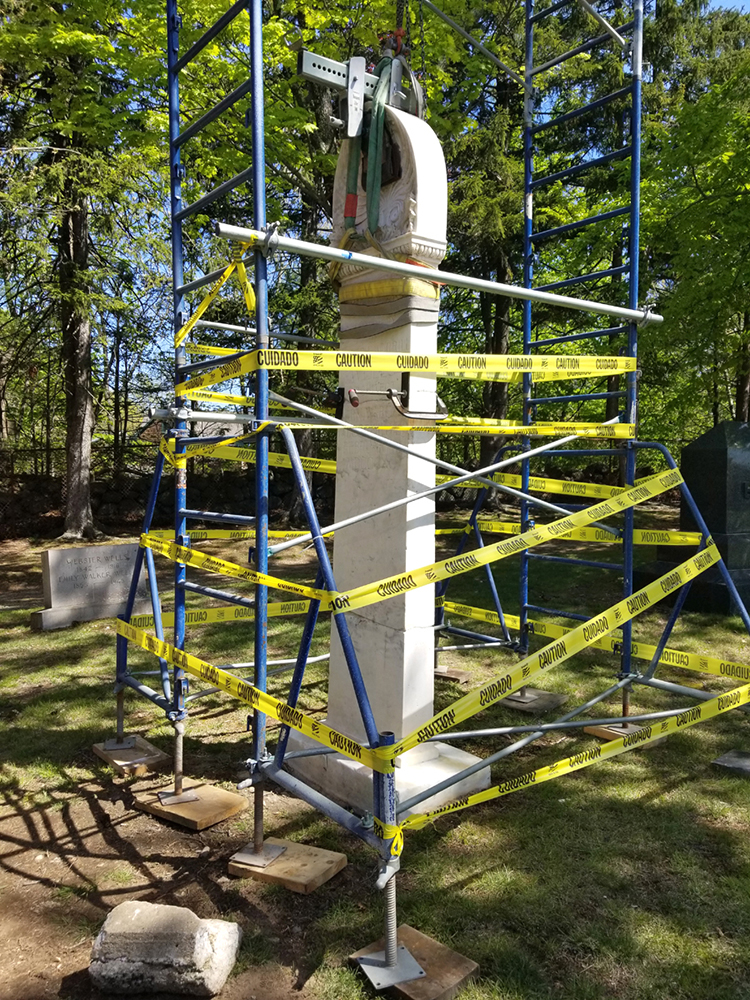 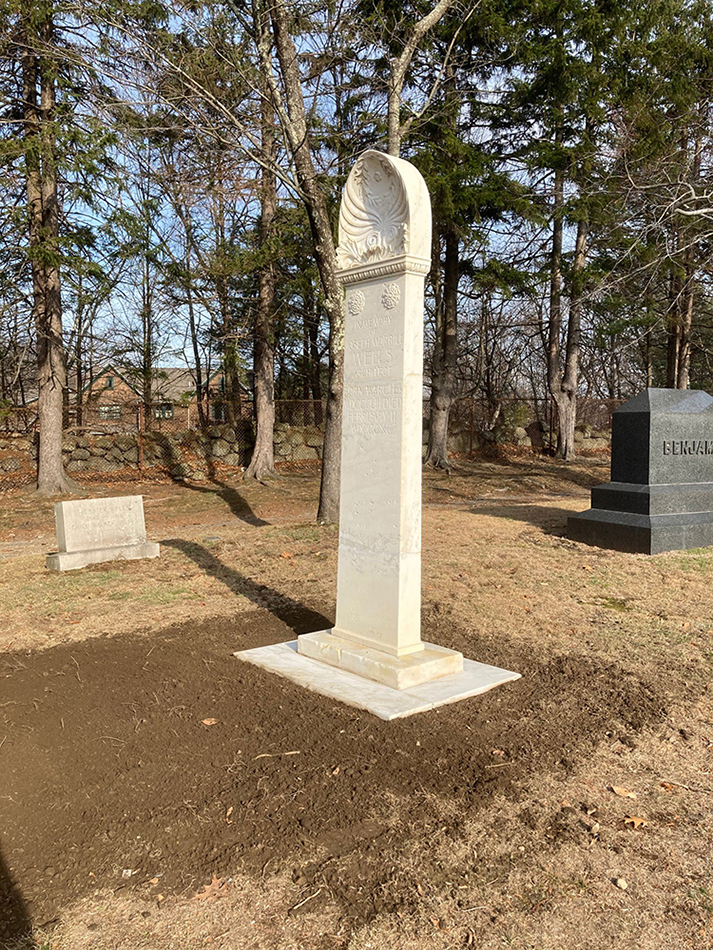 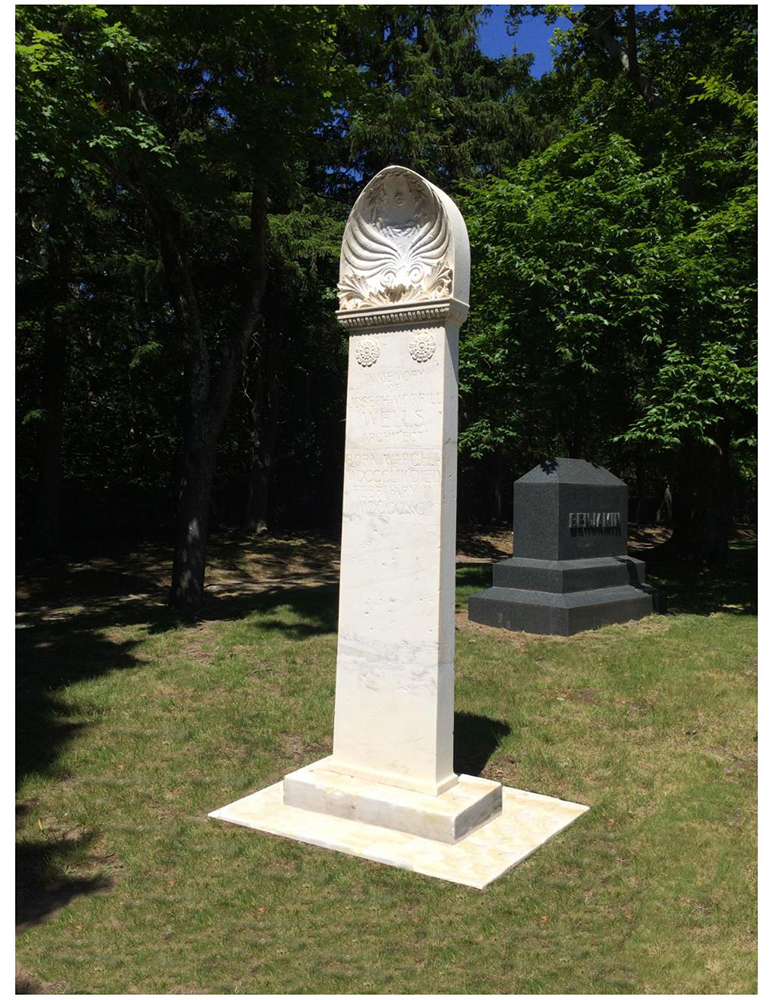 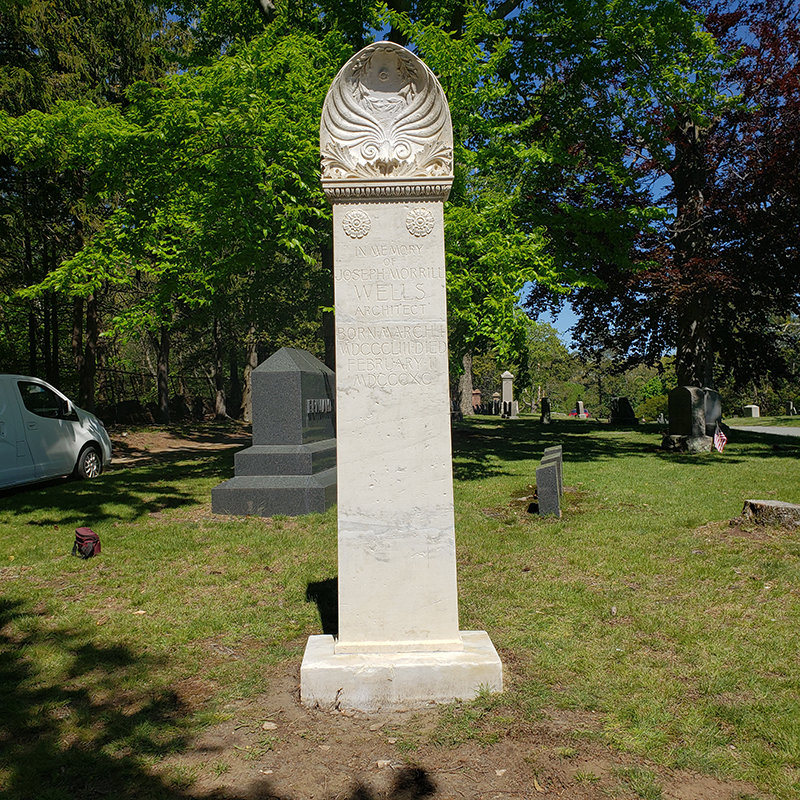 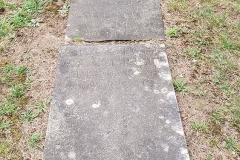 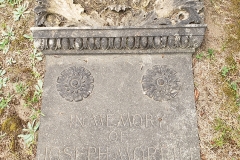 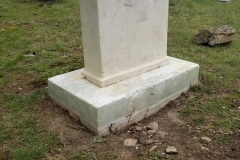 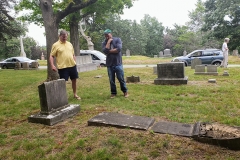 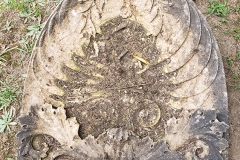 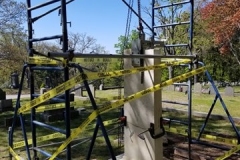 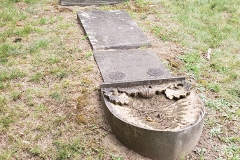 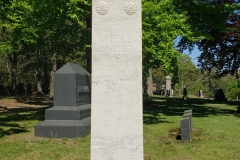 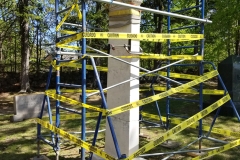 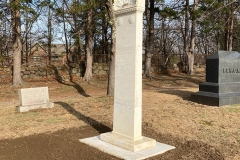 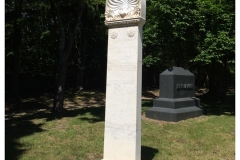 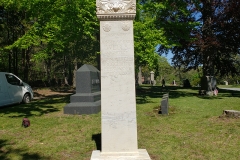 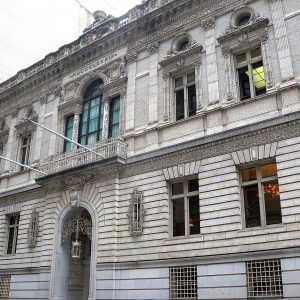