Lizzie Hudson, an experienced journalist specializing in interior design, self-build and home renovation, penned this guide to Toronto’s most iconic buildings for A+A. She’s a former editor of Channel 4’s Grand Design magazine, and worked with real-estate brokerage firm TheRedPin on this post, drawing from its guide to Toronto’s architectural styles.

Walk Toronto’s streets and you’ll be struck by the city’s diverse architecture and cosmopolitan vibe. While Toronto is a city nearly synonymous with hyper-modern skyscrapers, scratch beneath the surface sheen and you’ll find something far more diverse. From those sky-high flying birds that symbolize Toronto’s financial centre, delve into its outlying neighbourhoods and you’ll see the real make-up of Toronto’s architecture. Here are three of the city’s most iconic, must-see buildings.

The Art Gallery of Ontario
As explained by TheRedPin’s excellent guide to Toronto’s architecture, the 2008 redevelopment of the Art Gallery of Toronto (AGO) made it one of the city’s most phenomenal buildings. A little known architect by the name of Frank Gehry was responsible for the revamp, which encompasses a broad mix of Toronto’s architectural styles and is a genuine fusion of art and architecture. As Heather Dubbeldam, principal of Dubbeldam Architecture + Design, explains the design of the gallery encourages citizens to think of their place in the city. She told TheRedPin: “There is no artwork present in this space, and viewers are instead invited to meditate upon the context of the city itself: the houses and smaller galleries across the street, the movement of pedestrians and cyclists, and the streetcars that transport us.”

Old City Hall
From state-of-the-art to Romanesque, Toronto’s Old City Hall, which was developed at the close of the 19th century, is one of the city’s most regal, resplendent buildings. Designed by Edward James Lennox, the town hall was built to meet demand for larger civic quarters. It is a masterpiece of craftsmanship: gargoyles are present at various points on the building – rumoured to be caricatures of councillors of the time, naturally – a main clock tower and, inside, an amazing mosaic floor. Lennox was known as being a details man; even the doorknobs bear the then coat of arms. As well as being an architectural marvel, it’s also an example of how building projects can go over budget and beyond deadline: it took almost 20 years to plan and build and costs escalated from an initial $600,000 to approximately $2.5 million.

Canada’s busiest transport hub (around 250,000 visitors pass through it every day) Union Station serves two important architectural purposes: it functions properly and it appeals. As a sign of its splendour, Edward, the Prince of Wales, who officially opened this amazing site in 1927, remarked: “You build your stations like we build our cathedrals.” Declared a national historic site of Canada in 1975, Union Station is one of the best examples of Beaux-Arts architecture; a neoclassical architectural style taught at the École des Beaux-Arts in Paris, which had a major impact on city building design between 1880 and 1920. To measure its impact, we finish with this summary from the City of Toronto: “Union Station has welcomed waves of immigrants to the city, survived one major fire, and endured more than 80 years of wear and tear. It has also witnessed the rise of Toronto from a provincial backwater to a world-class city.” 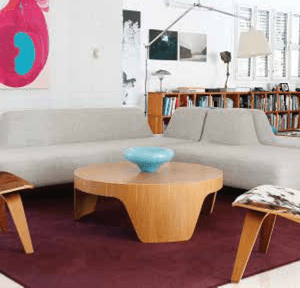 Havana’s traditional architecture of the 1950s – a blend of the International Style, Modernism and centuries of traditional...