It was born during the pandemic when creative director Cean Irminger found herself at home with two daughters, ages nine and 12.

“We had to go back to the basics when we were abruptly shut down with the schools,” she says. “We were our daughters’ only companions and we were trying to figure out ways to teach and reconnect with the things I always loved – the things that don’t change.”

Like balloons, comic books, dominoes and fireflies. “They were things I thought I outgrew, but no, I still love them,” she says.

Luckily, they live on a 150-acre working farm planted with corn, and 30 acres of woods – and they took full advantage, just by walking outdoors to the vibrant life in nature. “It was a scary time for the family but we came together to play with each other and discover the natural world,” she says.

By the time her daughters were back in school in the fall, Irminger had the initial design of the new edition well in hand.

“There were fireflies out and I had to figure out how to translate them into stone, so I used bright pinpoints of light,” she says. “And there were the phases of the moon for a repeating pattern – and moths on the trees.”

The big idea? Deliver some levity to the world of tile. “Interior design can get very formal and tile can be around for long time and people want it formal and simple,” she says. “So this is a jolt of joy injected into the marketplace – everybody is tired and down, and this is meant to bring in some humor so they don’t take themselves too seriously.”

The new edition arrives with its own color palette: two oranges, two greens, a green-gray, an off-white cream, a light blue and a brown. “They’re new colors and our first collection for glazed basalto – to the get the full spectrum into them,” she says.

All are in stone with a few hints of brass and 24-karat gold laid on top. There’s glazed basalto too. “It’s a  colorful glaze with a porous texture to hold onto the glaze, and a way to get gold into the mix,” she says.

As for applications, Heyday is for floors, walls, and ceilings. One pattern of overlapping balloons operates on a grand scale, but most are smaller, on a medium scale, for powder rooms.

And they are definitely a focal point – a pop of a wild pattern for a wall or backsplash – to capture the eye. “They’re maximalist – and not meant to clad an entire house,” she say. “They’re for happy zip here or there.”

Because, they’re the Heyday edition for the Kiddo collection, after all. 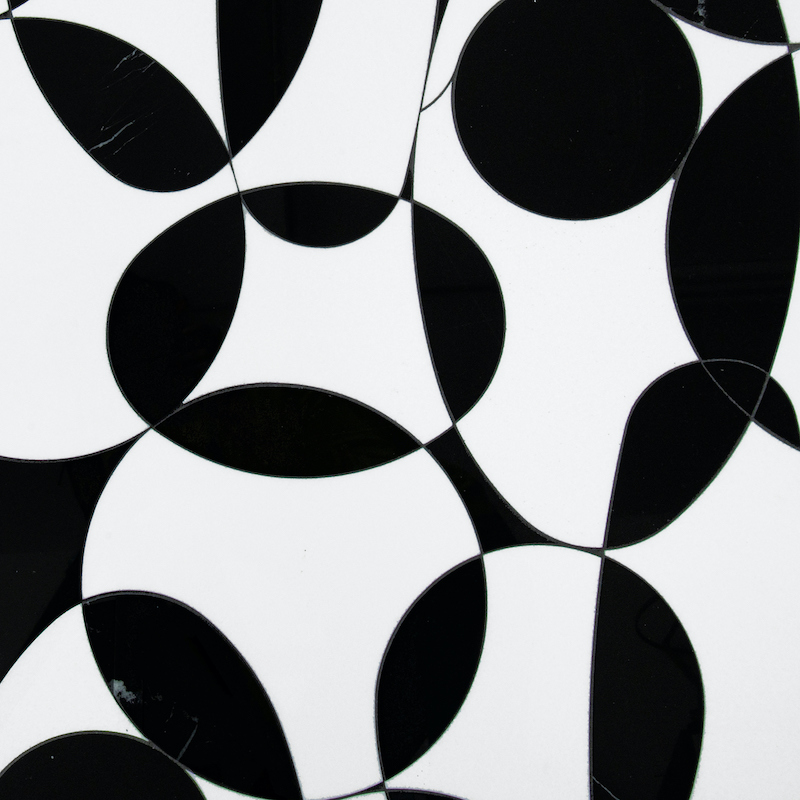 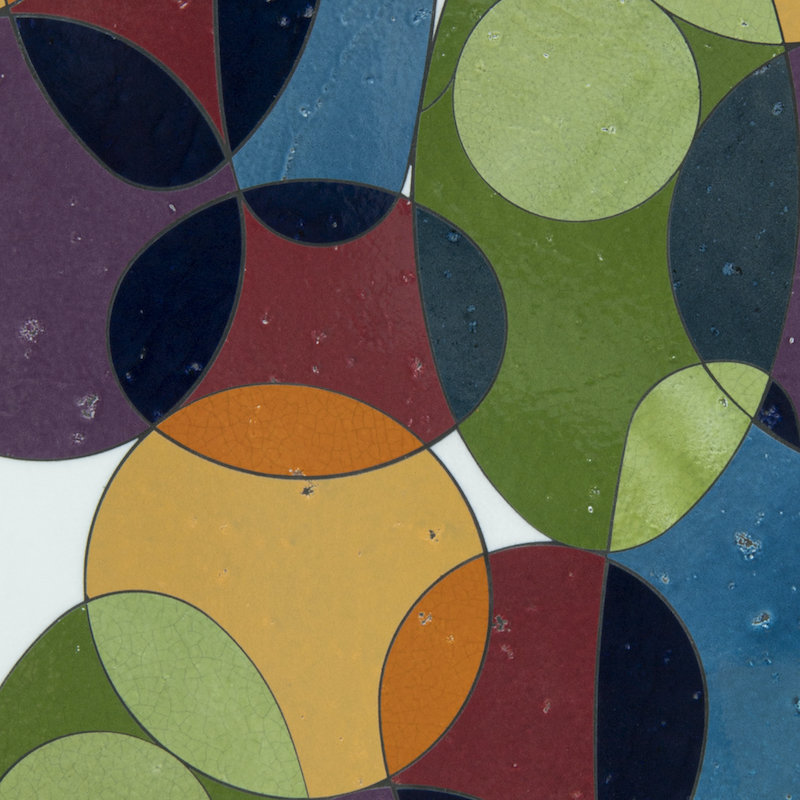 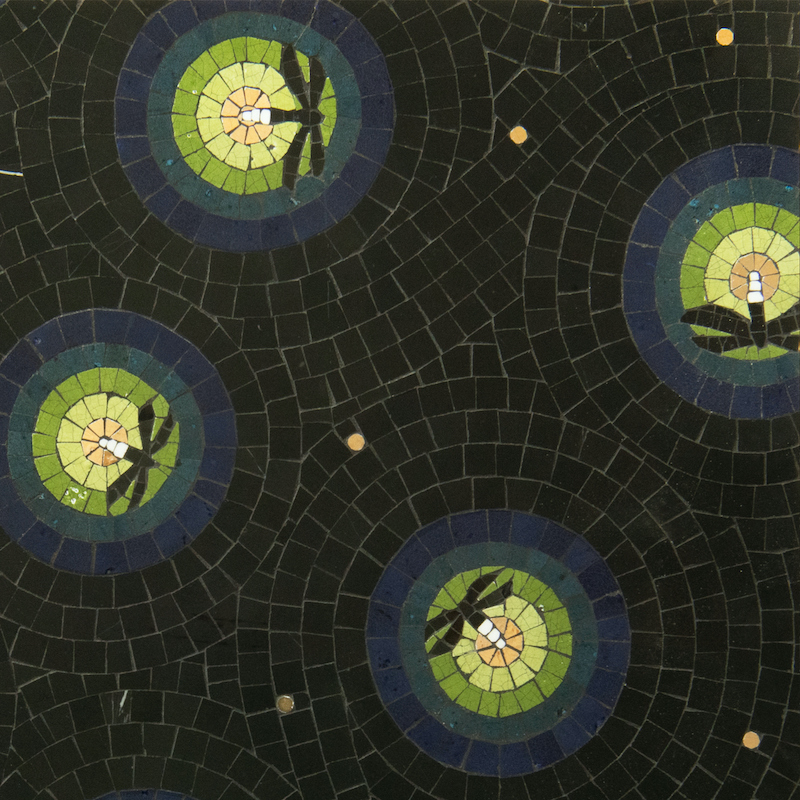 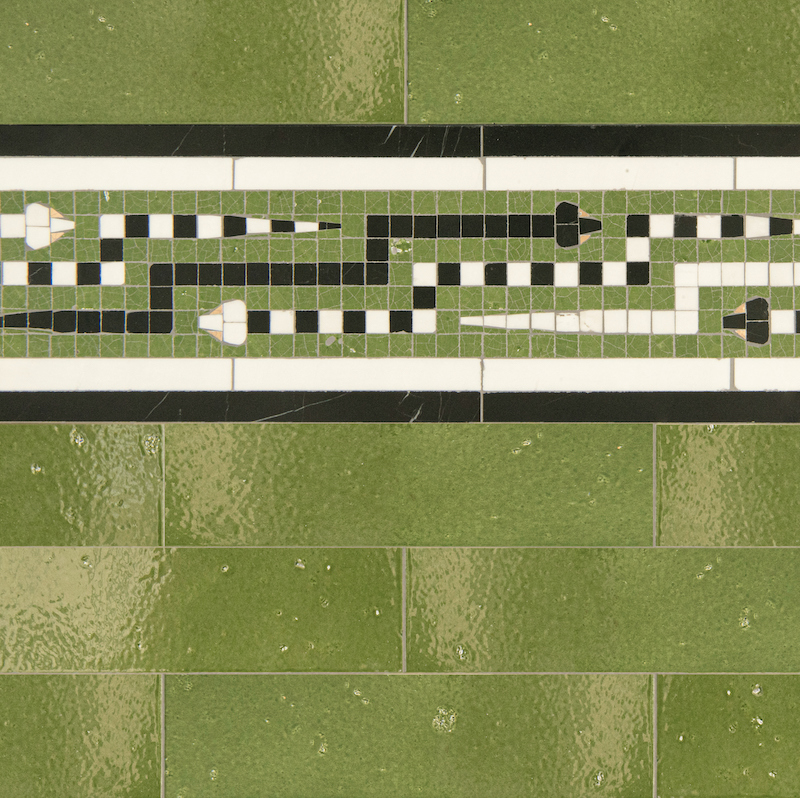 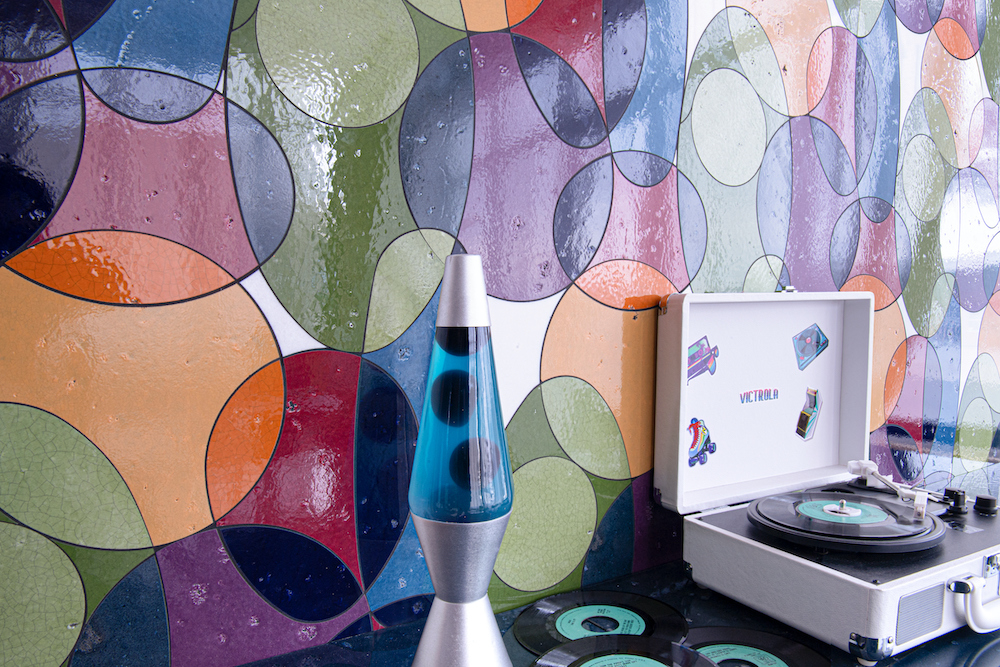 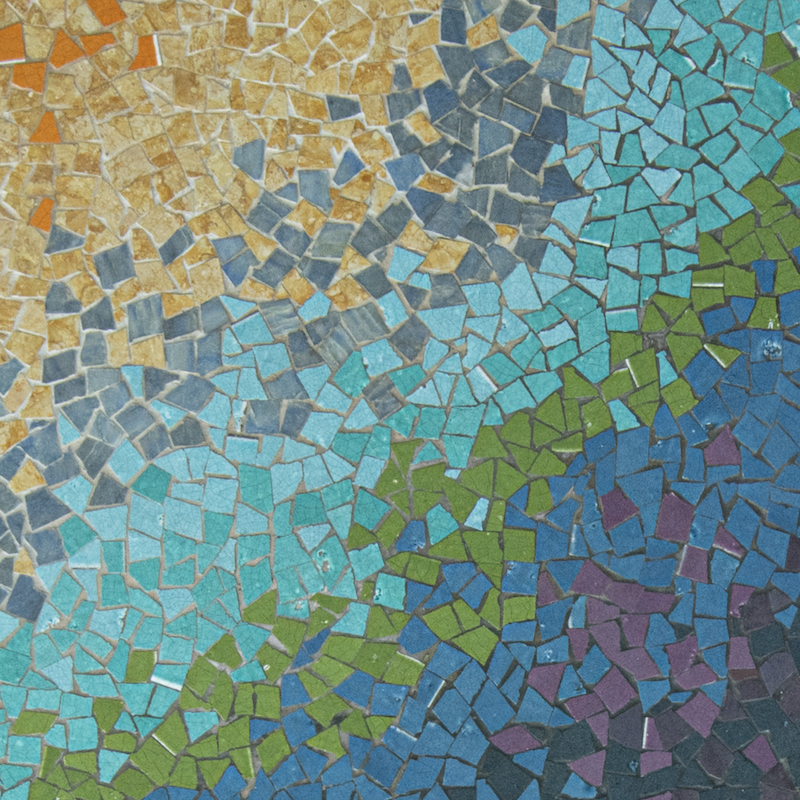 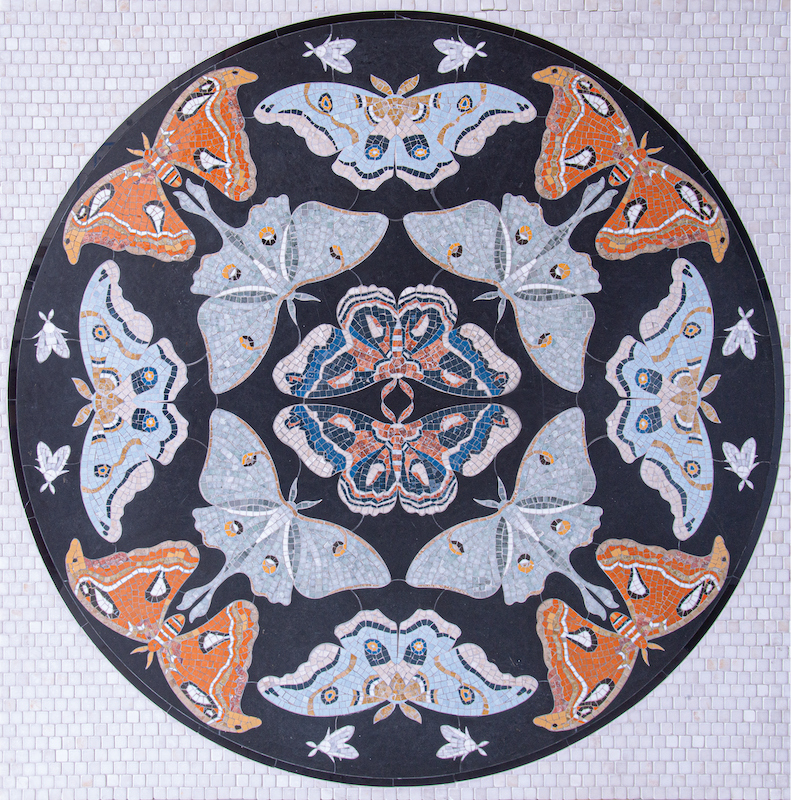 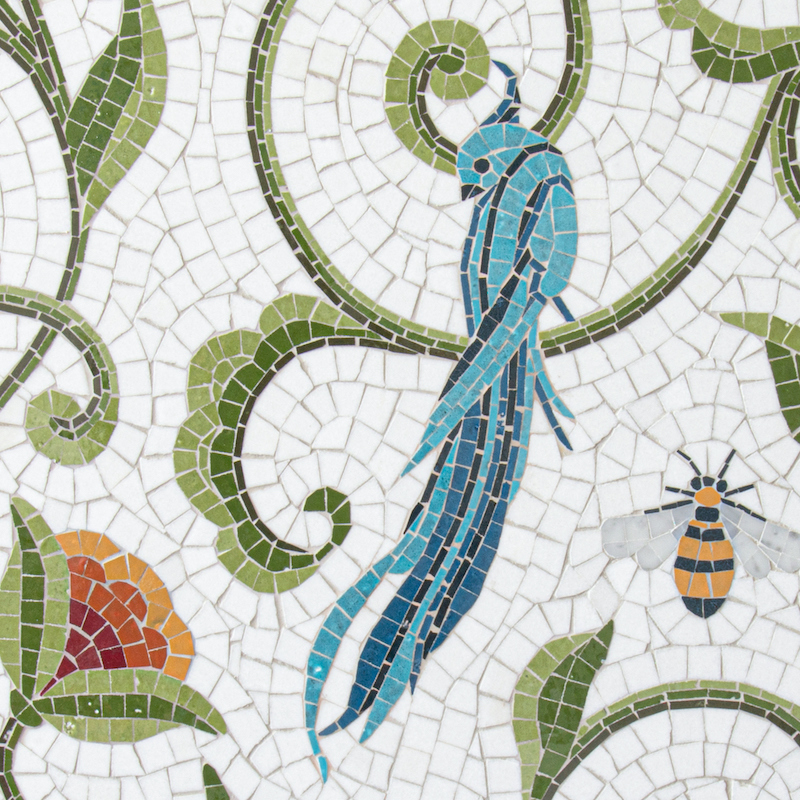 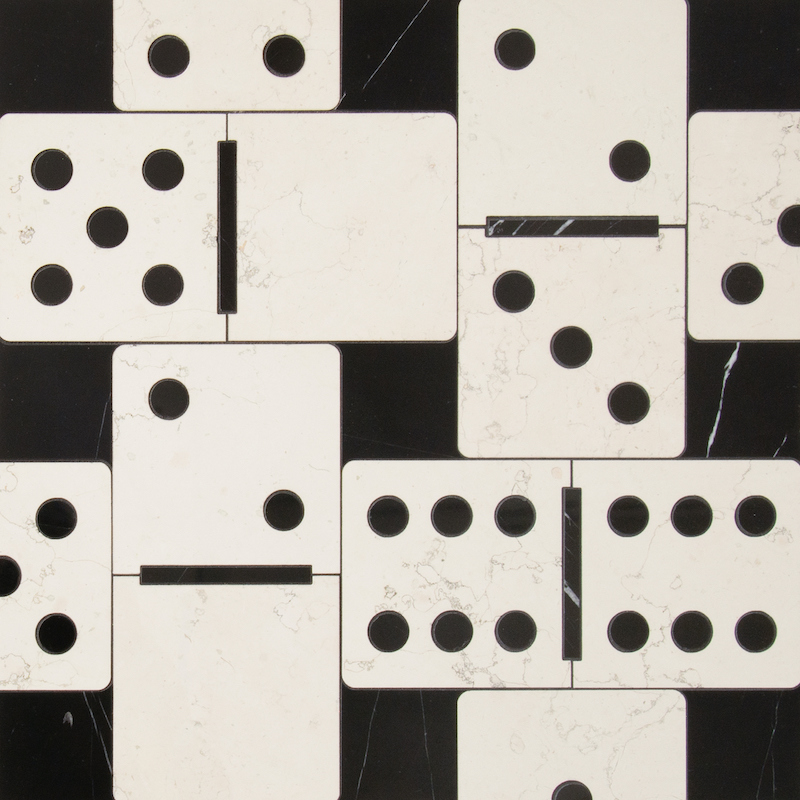 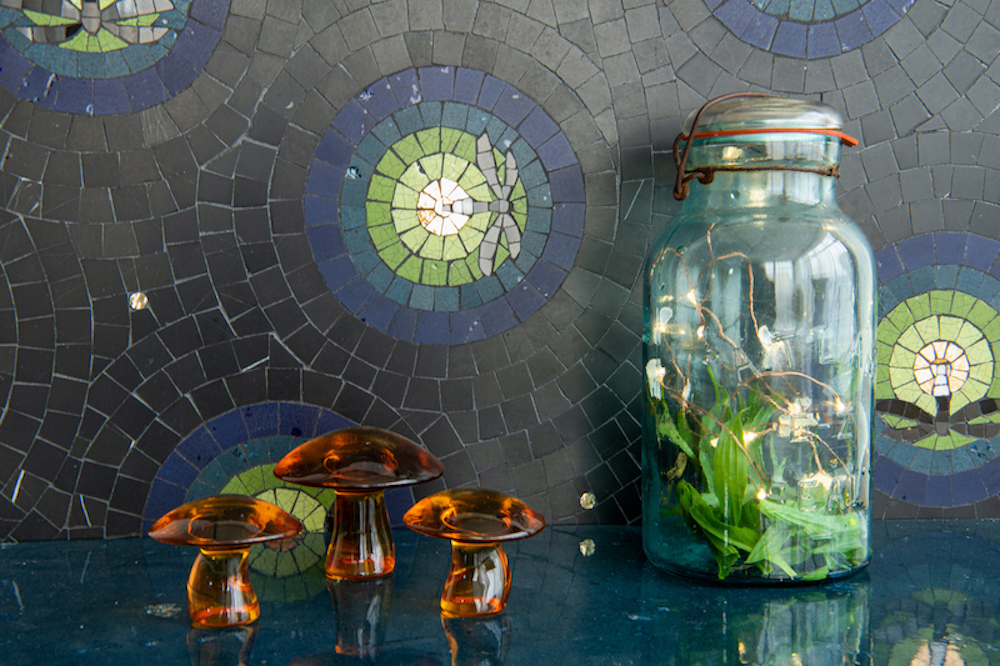 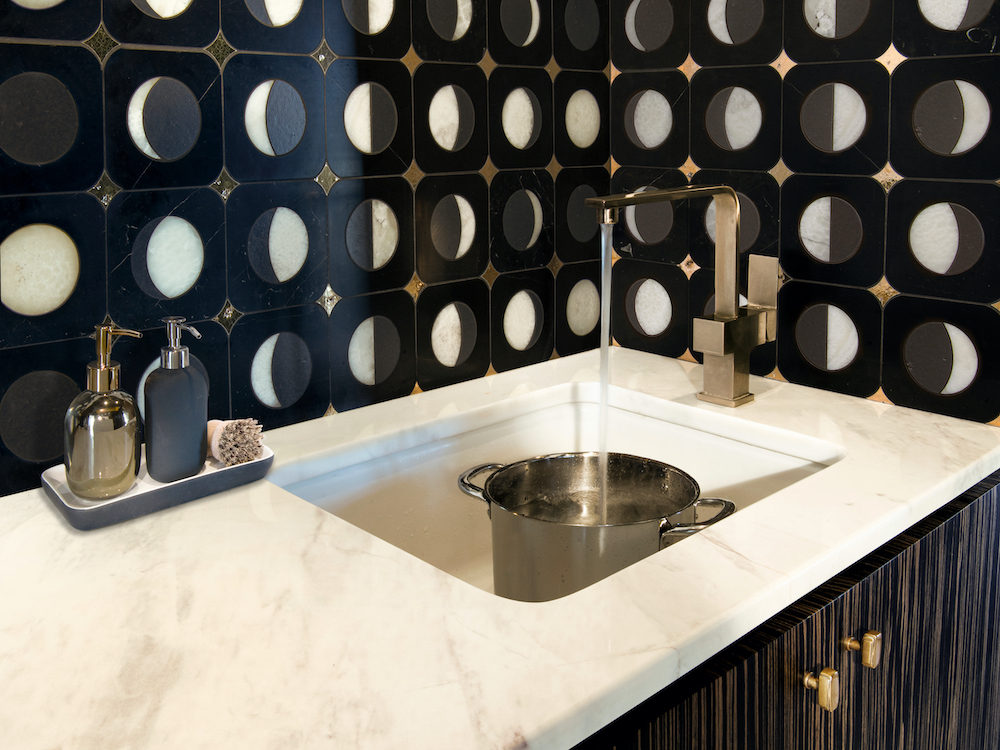 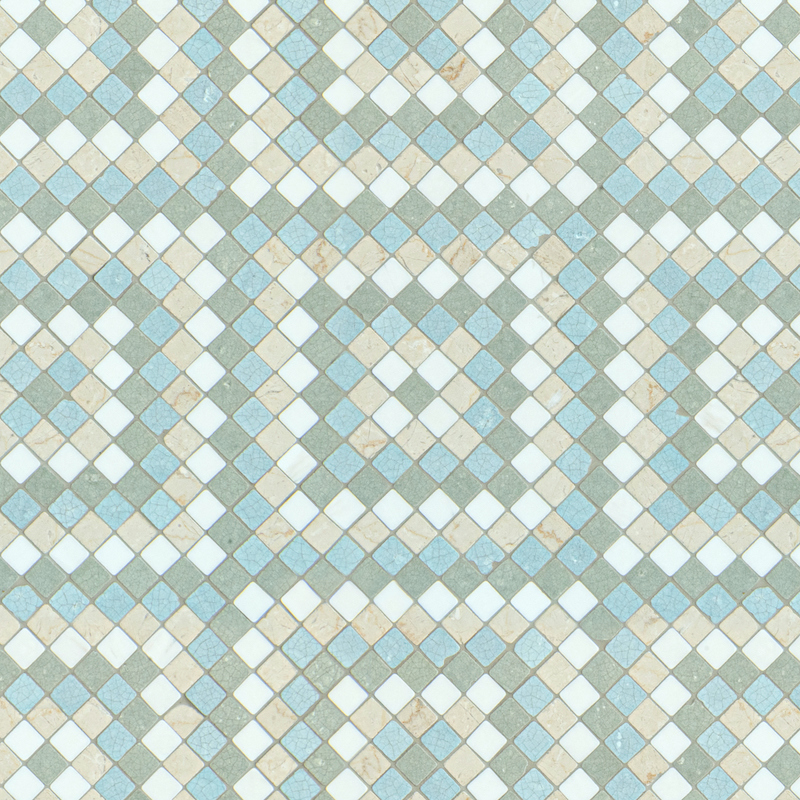 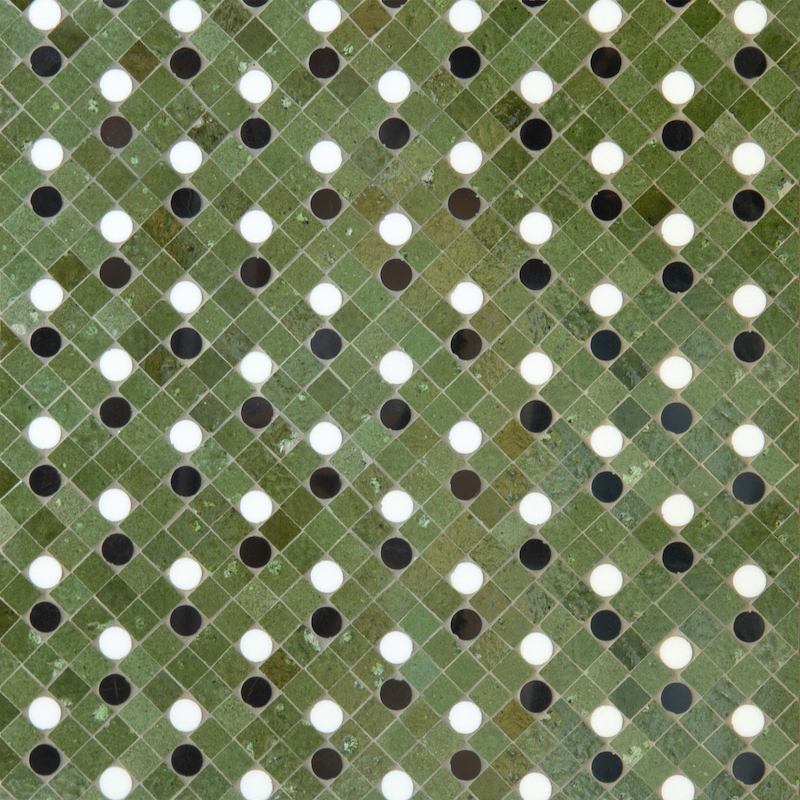 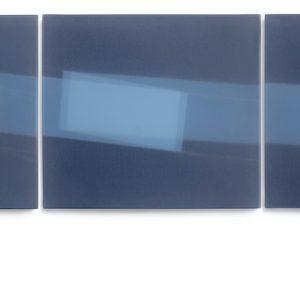 Architect and artist Karlyn Sutherland discovered the power and magic of the hand sketch at an early age. “In high school...