No sooner did a copy of his “Iconic American Homes” land on our doorstep than his “Mid-Century Modern Design – A Complete Sourcebook” arrived via UPS.

All the major iconic projects are here, including Farnsworth, Douglas, Falllingwater and the Glass House, among others. But there are some lesser-known works too that are just as powerful. 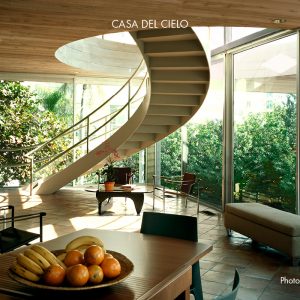 From Nov. 6-8, architect Carl Abbott will basically own his home town of Sarasota, Fla. An icon in the world of architecture...