When the late-19th-century trains of progress began chugging up the slopes of the western North Carolina mountains onto the Asheville plateau, word soon spread that this little mountain village was a latter-day Garden of Eden.

Its moderate summers appealed to tourists from the South and its short winters were a balm to their counterparts up North. A visiting young New Yorker named George Vanderbilt liked the area so much that he bought 125,000 untamed nearby acres. Vanderbilt recruited Beaux Arts master Richard Morris Hunt and landscape guru Frederick Law Olmsted – and the gifted trio would open the doors to a private and lavishly appointed Biltmore Estate on Christmas Eve, 1895.

But Asheville would become known as a year-round health resort too. Doctors sent patients there to recover from respiratory ailments, including tuberculosis. Among these was Edwin W. Grove, a millionaire tonic inventor whose St. Louis physician recommended the area to him as a cure for his bronchitis and bouts of exhaustion.

Grove was a busy man. In addition to his extremely popular “Grove’s Tasteless Chill Tonic” that masked the flavor of quinine and prevented malaria, he worked also with Fred Seely, a Parke-Davis Company executive, to develop the first cold tablet. During the early years of the 20th century, Grove was developing one of Atlanta’s newest neighborhoods, Atkins Park, and publishing a newspaper too in that city, one that Seely edited.

By the middle of 1911, Grove had decided to finance and build a hotel on land he’d bought on the side of Sunset Mountain in Asheville. Believing there was money to be made on the lots he owned nearby, he turned to Seely – now his son-in-law – to oversee construction of his new inn.

A skilled organizer and manager, Seely proved to be precisely the right man for the job. “He hired J. W. McKibben from Atlanta to take care of the engineering, and Seely served as general contractor,” says Bruce Johnson, author ot “Built for the Ages: A History of the Grove Park Inn.” Seely, though untrained as an architect, is generally credited as designer of the building.

At groundbreaking ceremonies on July 9, 1912, he promised to open the inn in one year – on July 1, 1913. “He hired 400 men, offering them the best wages in town, and hiring them away from other projects,” he says. “He took charge from the first day and ram-rodded it through.”

Halfway up the slope of Sunset Mountain, the Grove Park Inn with its 150 guest rooms began to take shape. Its massive stones, some weighing as much as 10,000 pounds, were hoisted into wagons and moved by “auto train” to the site. Chains, pulleys and timbers manipulated the granite blocks inside to form twin fireplaces in the Great Hall. Each one, composed of 120 tons of granite, rose two stories high and spread 36 feet wide, designed to burn eight-foot logs.

Its roof design utilized the relatively new technology of poured concrete, which meant that it could be touted as 100 percent fireproof. “There were stone walls, and no wooden roof, but poured concrete instead with clay tiles on top,” he says. “It was an effective marketing tool at a time when the guests’ greatest fear was a building burning down around them.”

With its arts and craft furnishings by the White Furniture Company of Mebane, N.C., its fixtures by the Roycroft Copper Shop of East Aurora, N.Y, and its carpets woven in France, it was at once quite grand – and rustic too.

And it was also on time– almost.

For years it was open only eight months out of twelve, but the inn is a nonstop affair these days. In his introduction to Bruce’s book, President and CEO J. Craig Madison invites readers to take a close look at the giant oak doors at its entrance.

“There is no lock,” he writes. “We operate twenty-four hours a day, seven days a week, three hundred and sixty-five days a year.” 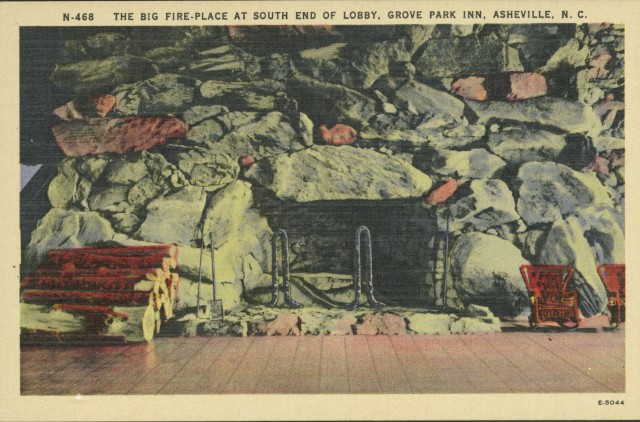 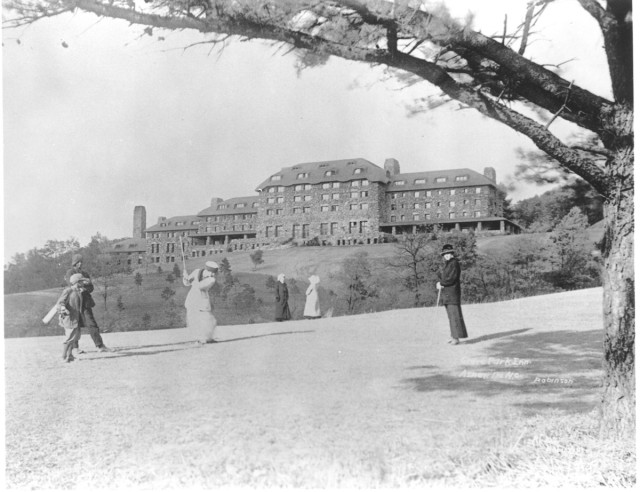 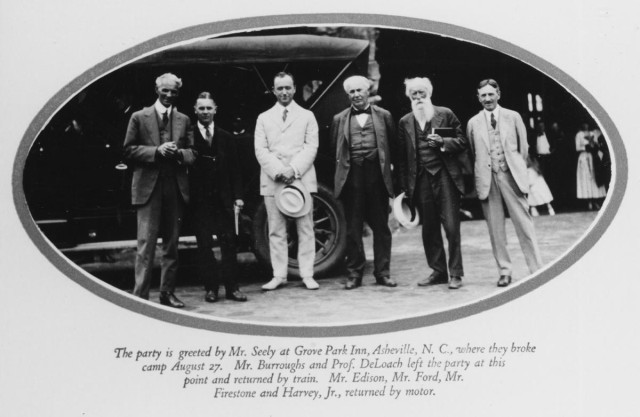 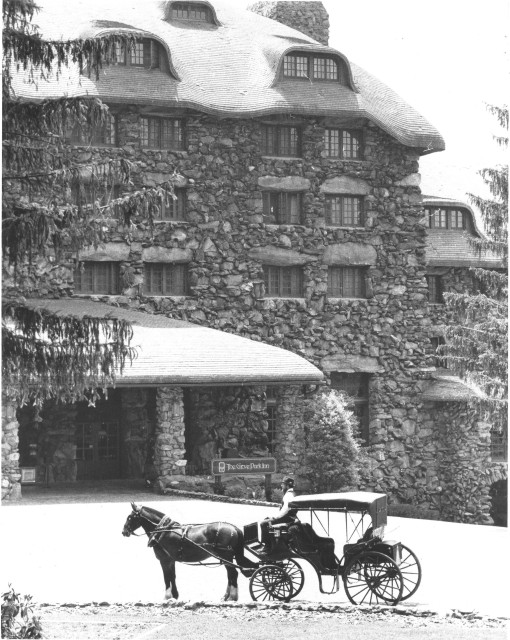 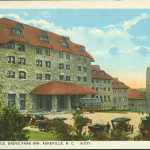 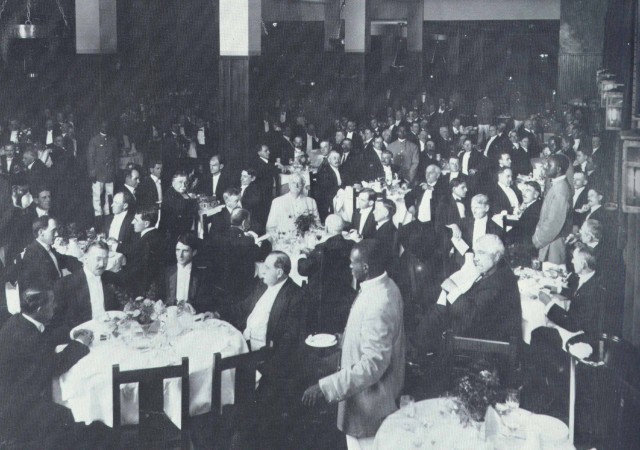 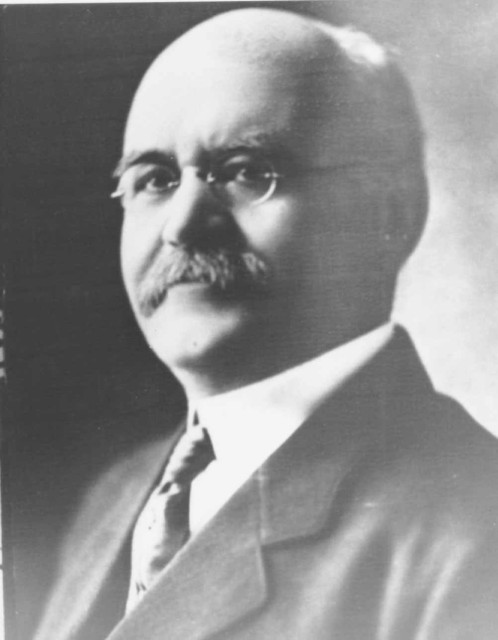 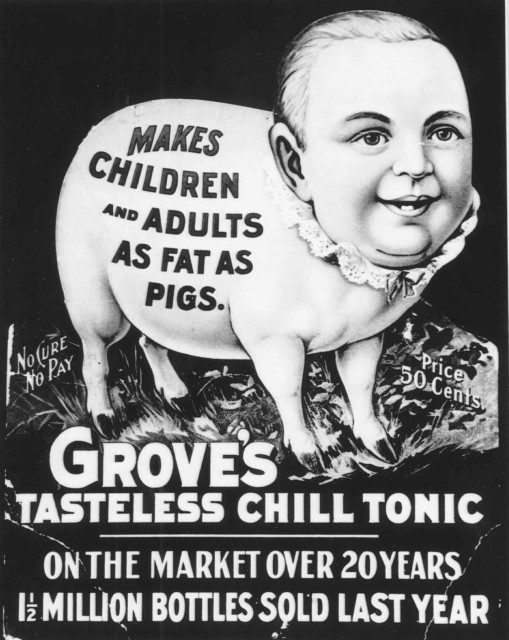 I do not usually reply to blogposts but I will in this case. Truly a big thumbs up for this one C CLass IP hosting!

Our Sphinx Area Rugs colletion(With over 17.000 models) has the most complete line of Sphinx, Sphinx rugs, Sphinx rug, Oriental Weavers Sphinx Generation, Sphinx Allure Rugs, Sphinx Kharma Rugs, Sphinx Ariana Rugs. We offer you versatile choices to match any decor. They can be used for high traffic areas, accent your existing color theme, help reduce noise levels, add that splash of color or create a conversation piece, and take the chill off those cold floors. Browse our selections from SphinxAreaRugs.com to find just the one that works for you.

Thanks for sharing this link, but unfortunately it seems to be offline… Does anybody have a mirror or another source? Please answer to my post if you do!

I would appreciate if a staff member here at architectsandartisans.com could post it.

Hey guys i wish to share with you a way i make $500 daily and i only spend 5 minutes doing it a day! I strongly suggest you check their site out as there is a brilliant video that explains everything you have to know. This is only for people who are serious about making money over the internet. Mobile Monopoly

Where it says Mobile Monopoly at the end please link that to my site:

Check it out now: Bondage 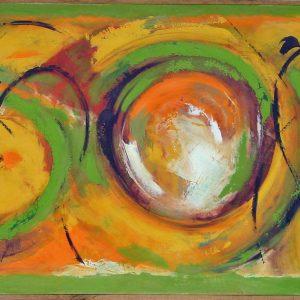 When he closes his eyes, North Carolina artist Steve Staresina says he sees images. So he began to paint with acrylics...