The Geometry of Architecture, on Silk

Marilyn Henrion is a native New York artist with the geometry of architecture embedded in her psyche.

A graduate of Cooper Union, she started out painting 30 years ago. Then she took up work in fiber. Now she’s managed to combine the two – with photography, an Epson printer and silk.

“I start with a photograph, manipulate the image in the computer, and change the geometry,” she says. “Then I print it on eight-inch by 10-inch pieces of silk, and stitch them together as a whole image.”

Each canvas – including those commissioned – is her own response to a particular place, whether urban or rural.

The result is an image emanating from the tactile quality of silk and a very durable pigment printing process. Her ‘Windows” series of images from New York, Chicago and Poland are mounted onto canvas, to make them seem as painterly as possible. No frame is needed, since the silk wraps around the edges.

“It’s much like Hopper interpreting reality through his own eyes,” she says. “It relates to the material reality that one sees, in a metaphor for my vision of a particular scene.”

Her biggest challenge over the years has been finding public acceptance for fiber as a fine art. “There’s a large number of quilt makers out there, and that confuses the public,” she says. “It was a stumbling block, but now that barrier has come down in many ways.”

Indeed. Her work now hangs in a number of museums, as well as in private and corporate collections. She’s also represented in the Smithsonian Institution Archives of American Art.

And her commissions, from as far away as Beirut, are keeping her busy.

For more information, go to www.marilynhenrion.com 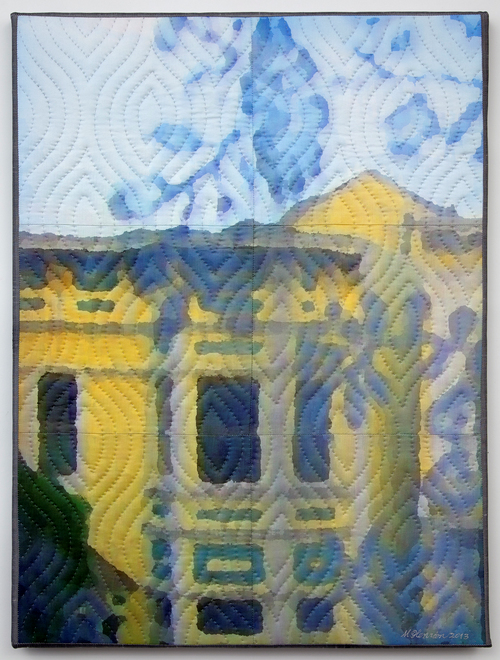 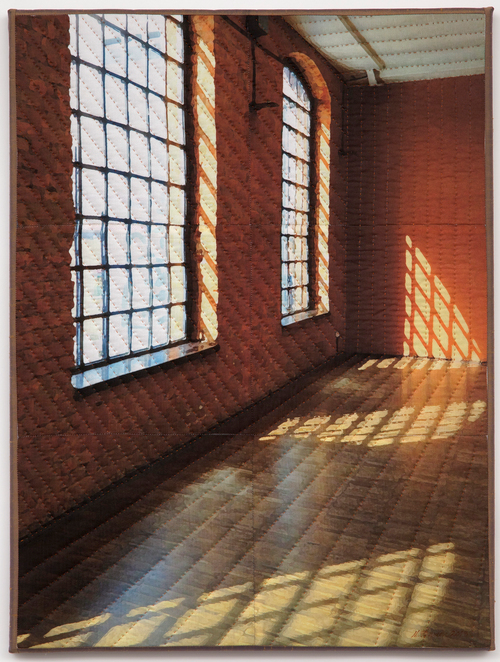 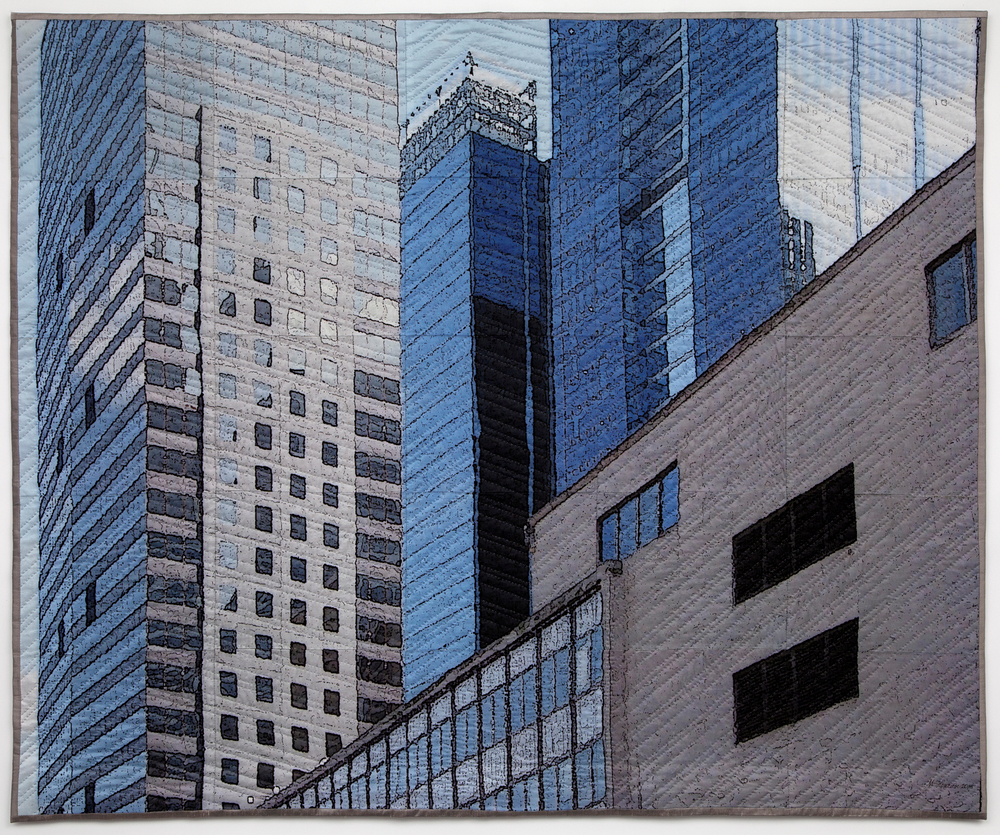 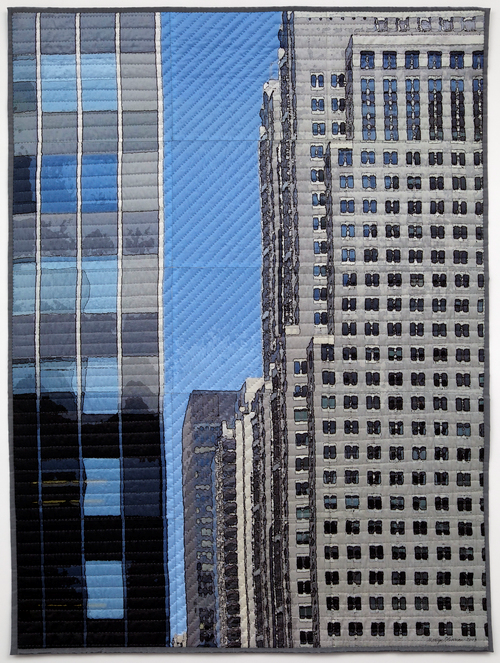 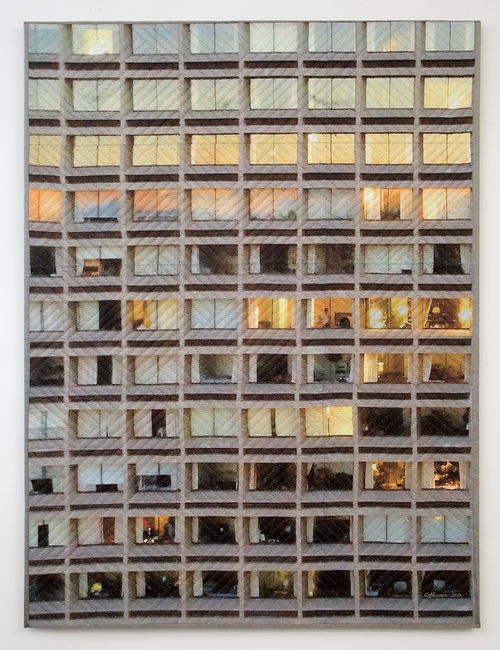 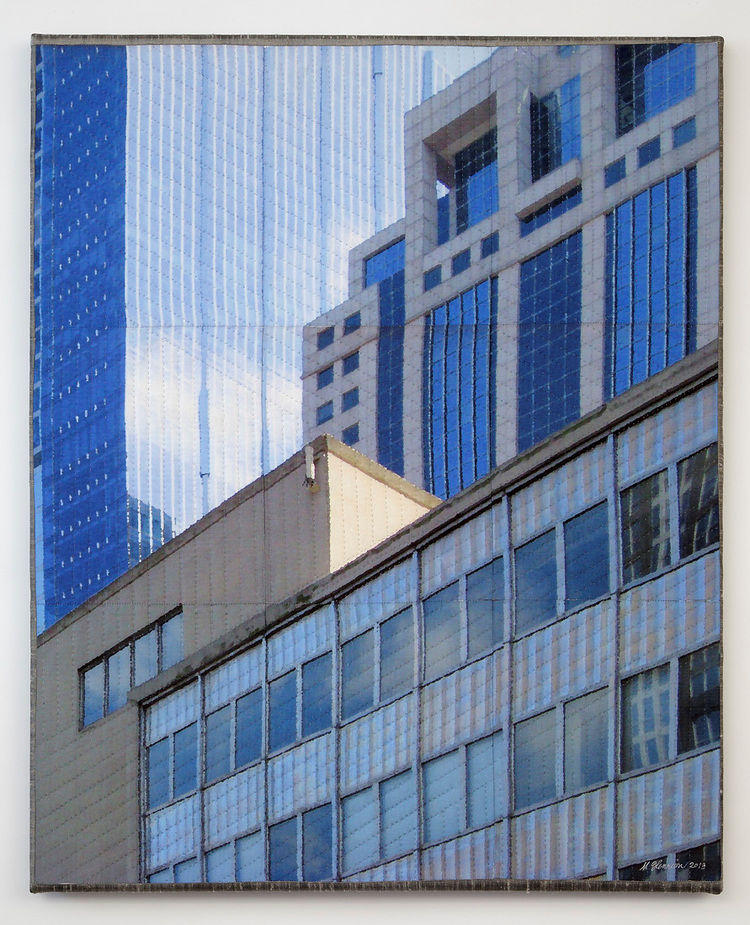 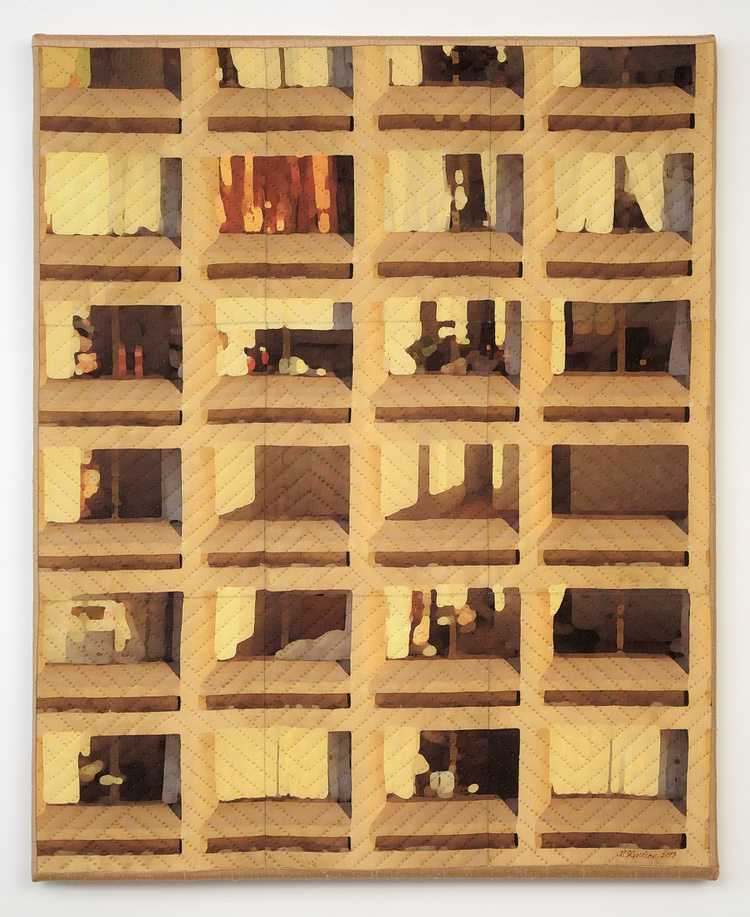 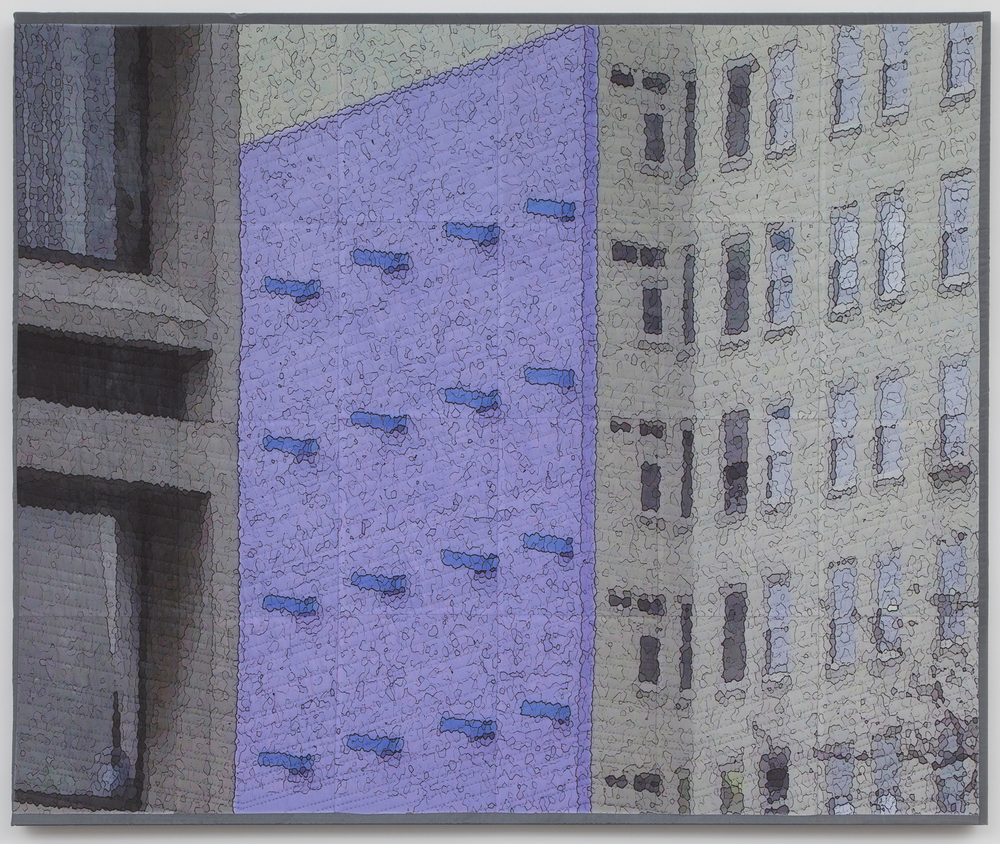 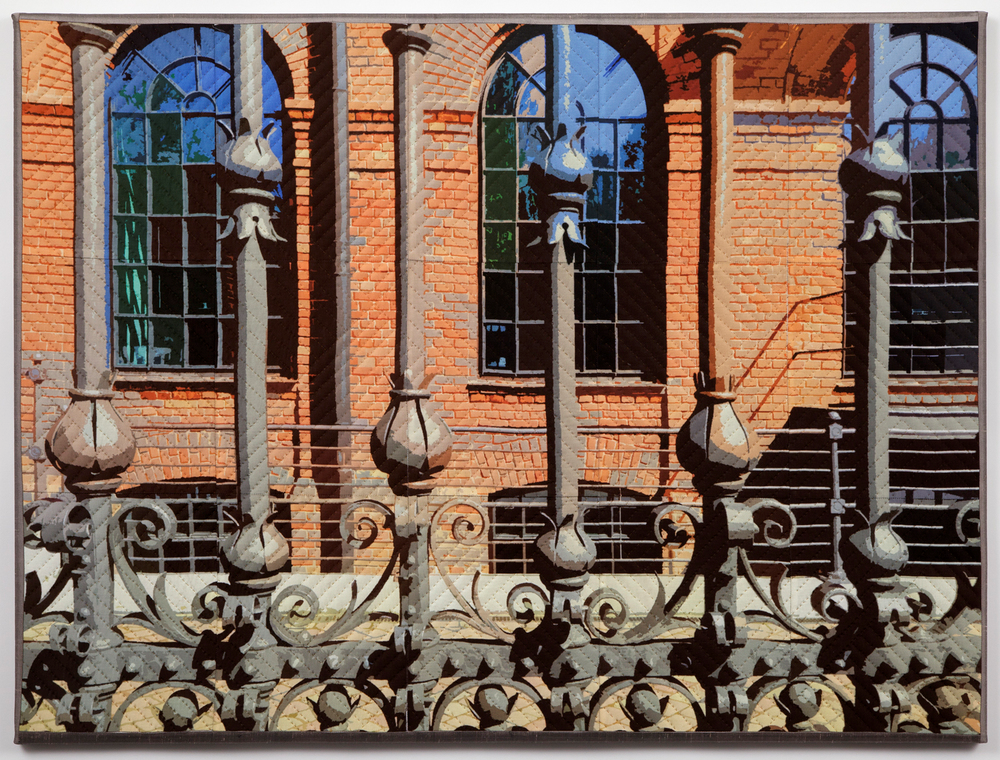 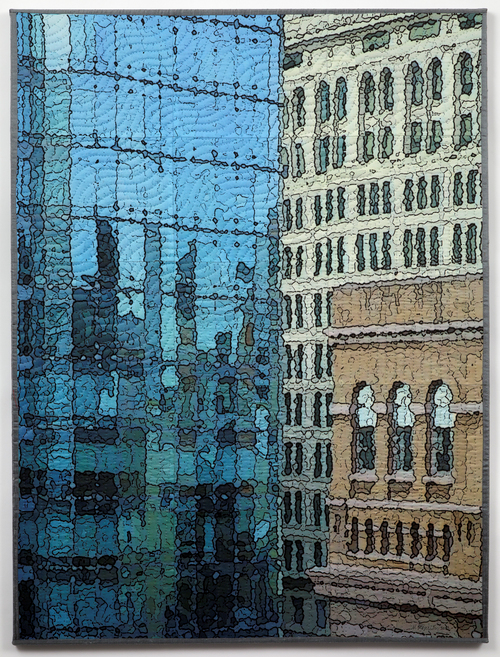 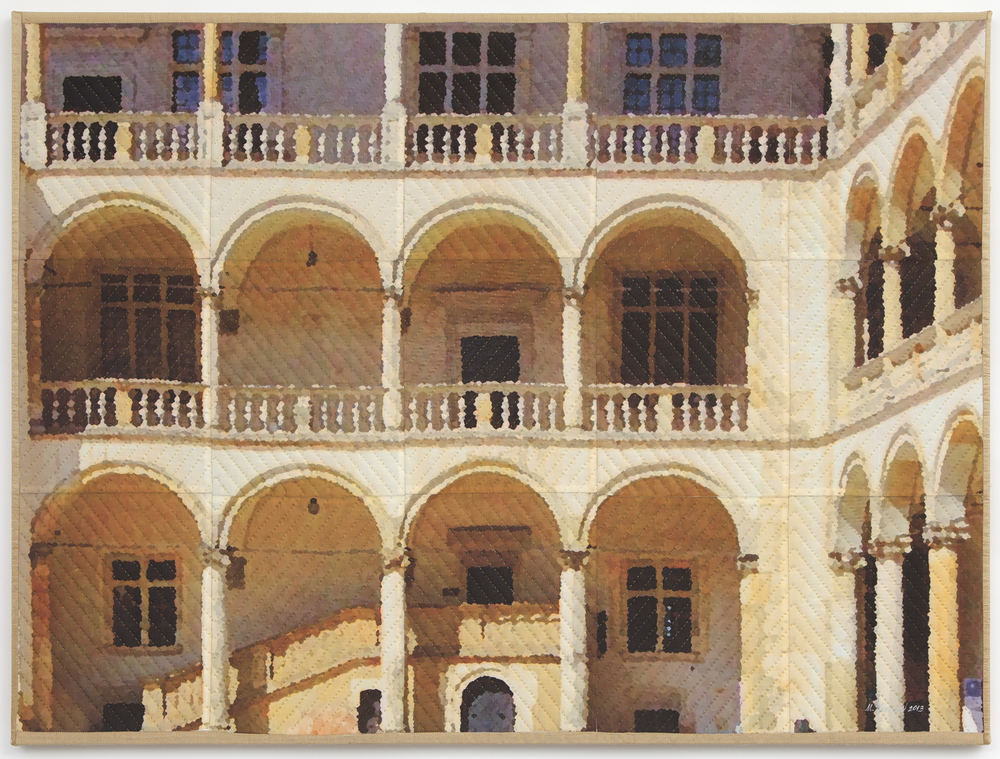 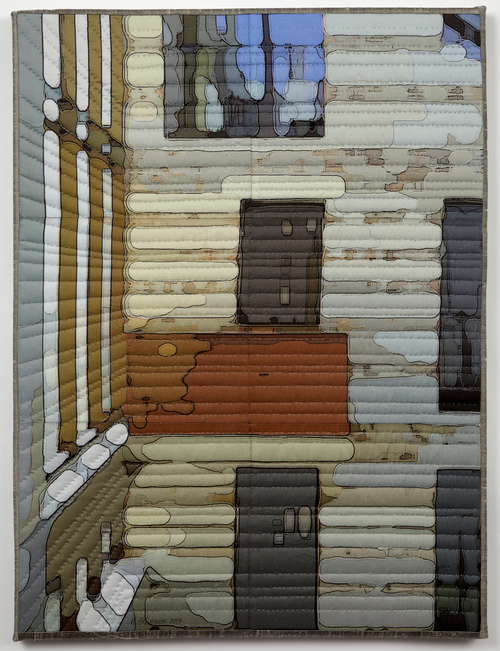 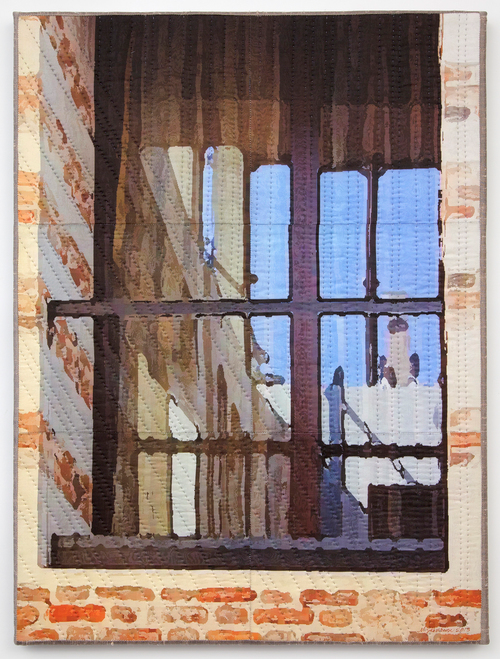 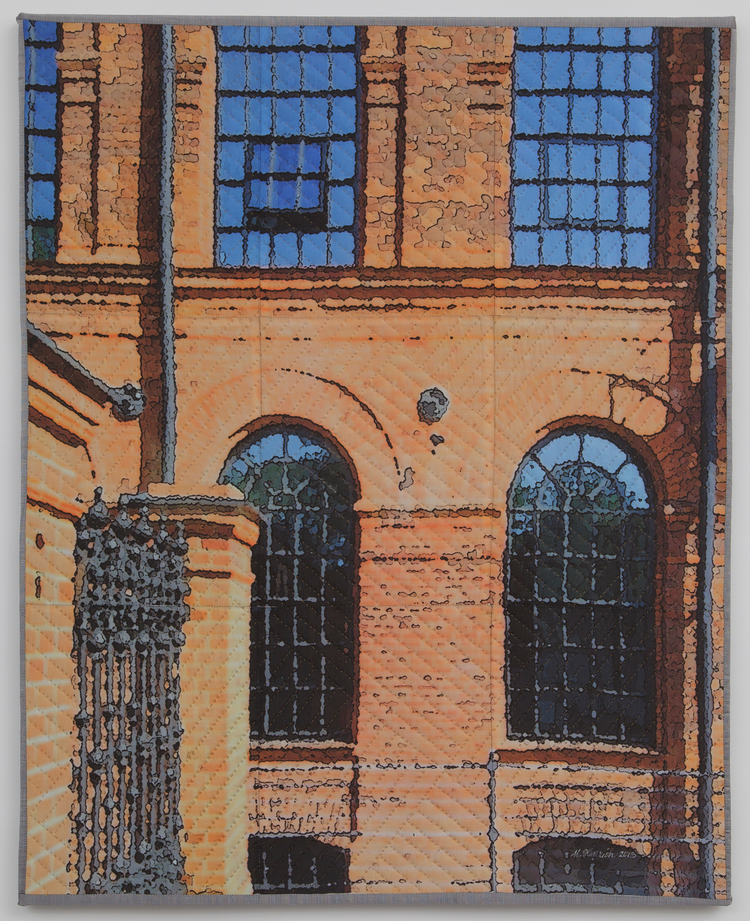 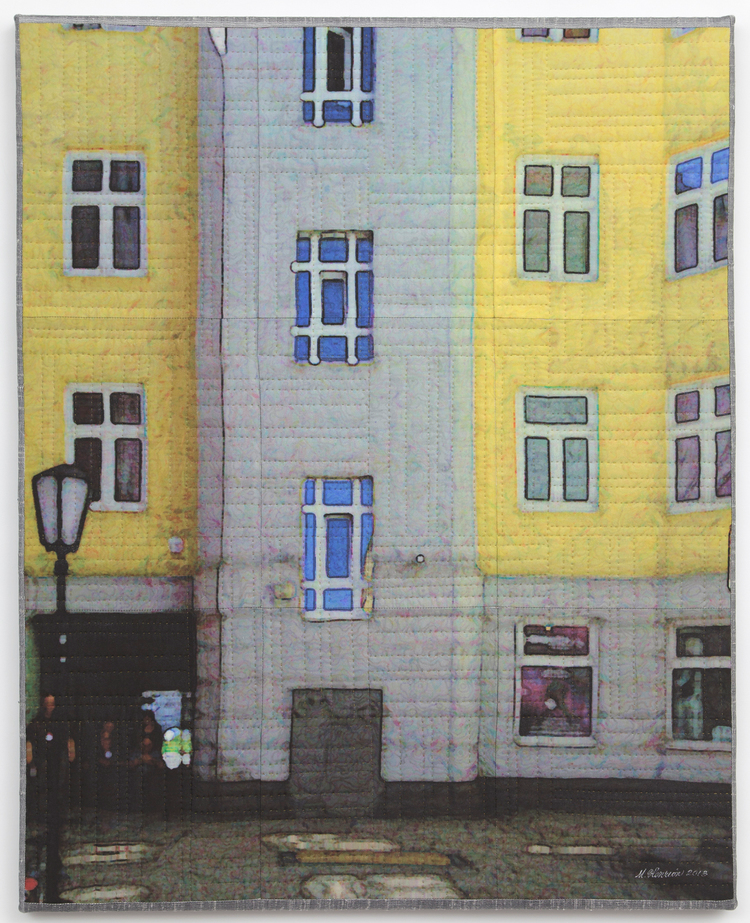 For viewers in the New York area, these works can be seen in person at an upcoming open studio event in Soho (October 23, 24, 26)….for details, please contact the artist by email or phone;
marilynhenrion@mac.com
(917-359-4621

Pretty glorious. I’ll be there.

More specifically, when I’m standing right in front of these cityscapes I drift into them and have to be yanked away. And that happens a lot with me when I’m in the presence of Henrion’s work. Unless you’re there in person, it’s hard to fathom that they’re actually three-dimensional, quilted fabric.