From Oct. 13 – Nov. 25, an exhibition called Drawing Ambience: Alvin Boyarsky and the Architectural Association will open at The Cooper Union. The exhibition will mark the first time in New York that drawings from the private collection of Boyarsky, one of the most influential figures in 20th-century architectural education, will be on view. A+A recently talked with Steven Hillyer, director of The Irwin S. Chanin School of Architecture Archive, about the exhibition:

Who was Alvin Boyarsky, and why is this collection important?

He was chair of the Architectural Association (AA) from 1971 to 1990.  He and his approach to teaching the discipline of architecture was similar to John Hejduk  [one of the New York Five – with Graves, Meier, Gwathmey, and Eisenman] at the Cooper Union. Both, at their respective schools, were thinking of a radical approach to the discipline – where usually when you get out of school and you go into the profession, you do working drawings. They were thinking about a much more experimental approach to the discipline, and one that was much more poetic. It was a very important concept and part of it was making publications and exhibitions available to a larger community, for the formative years of the architects being represented.

This exhibition  comes from that discipline. Nicholas, his son, is an AA graduate. When you were a student, you gave Alvin one of your drawings. They hung in his office and in his home. And Nicholas now wants to share them – for us to be inspired by architecture in that window of time.

What did he mean when he said that architecture was not just a profession but an artistic endeavor too?

Therefore, the Cooper Union and AA in Alvin’s time were about being experimental – challenging the conventions of the discipline of architecture – and yielding a much more interesting body of work when you graduate and become a practicing architect.

Is that still true in an age of Sketchup?

It is another potent tool, but here it’s more a mix of CAD, 3-D modeling and hand drawing that we work with. We use Sketchup here as a demonstration of what an exhibit will look like.

How many of the drawings in the exhibition came from Cooper Union graduates?

The exhibition itself includes the work of Daniel Libeskind, a Cooper Union graduate who taught at AA , as well as  Zaha Hadid and Rem Koolhaas, both AA graduates who also taught there. There’s a confluence of energies and a diverse group of individuals represented, and a diversity of approaches to architectural thought, visions and form. Even the use of materials are at another level of diversity.

There are works by John Hejduk (also a Cooper Union graduate), Michael Webb, a current faculty member teaching freehand drawing to first year students, Lebbeus Woods, who was a professor with a lot of institutional connectivity, and Bernard Tschumi, who also taught at AA and Cooper. Tony Vidler, former dean at Cooper,will participate in a panel discussion on Friday, Nov. 6 in The Great Hall at Cooper.

Drawing Ambience: Alvin Boyarsky and the Architectural Association was co-organized by the RISD Museum and the Mildred Lane Kemper Art Museum, part of the Sam Fox School of Design & Visual Arts at Washington University in St. Louis. The exhibition was on view at the Kemper Art Museum in fall 2014 and at the RISD Museum in spring 2015. The exhibition was co-curated by Jan Howard, Chief Curator and Houghton P. Metcalf Jr. Curator of Prints, Drawings, and Photographs at the RISD Museum, and Igor Marjanović, Associate Professor of Architecture at the Sam Fox School of Design & Visual Arts, Washington University. An exhibition catalogue of the same title is currently being distributed by the University of Chicago Press. 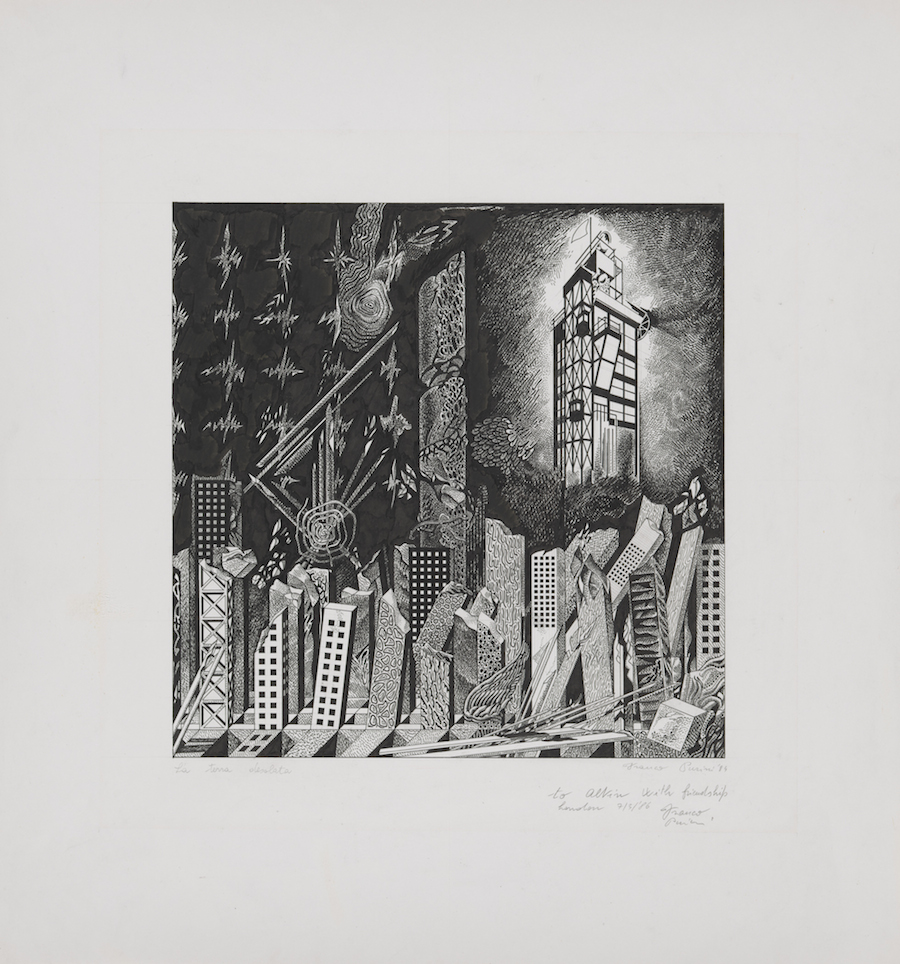 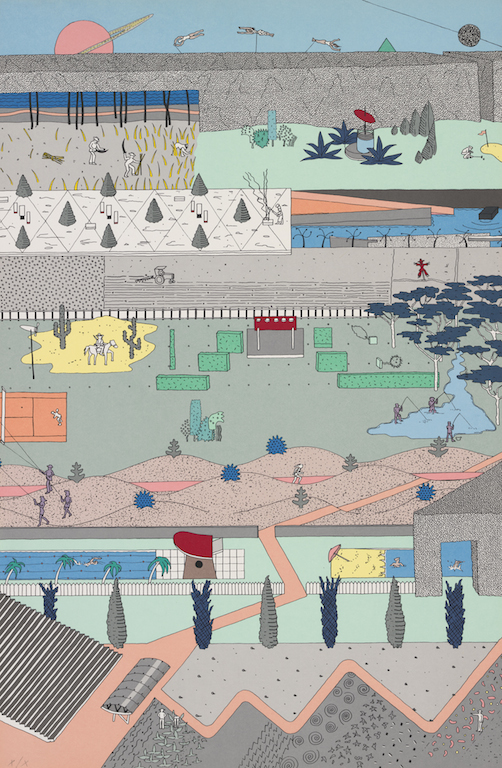 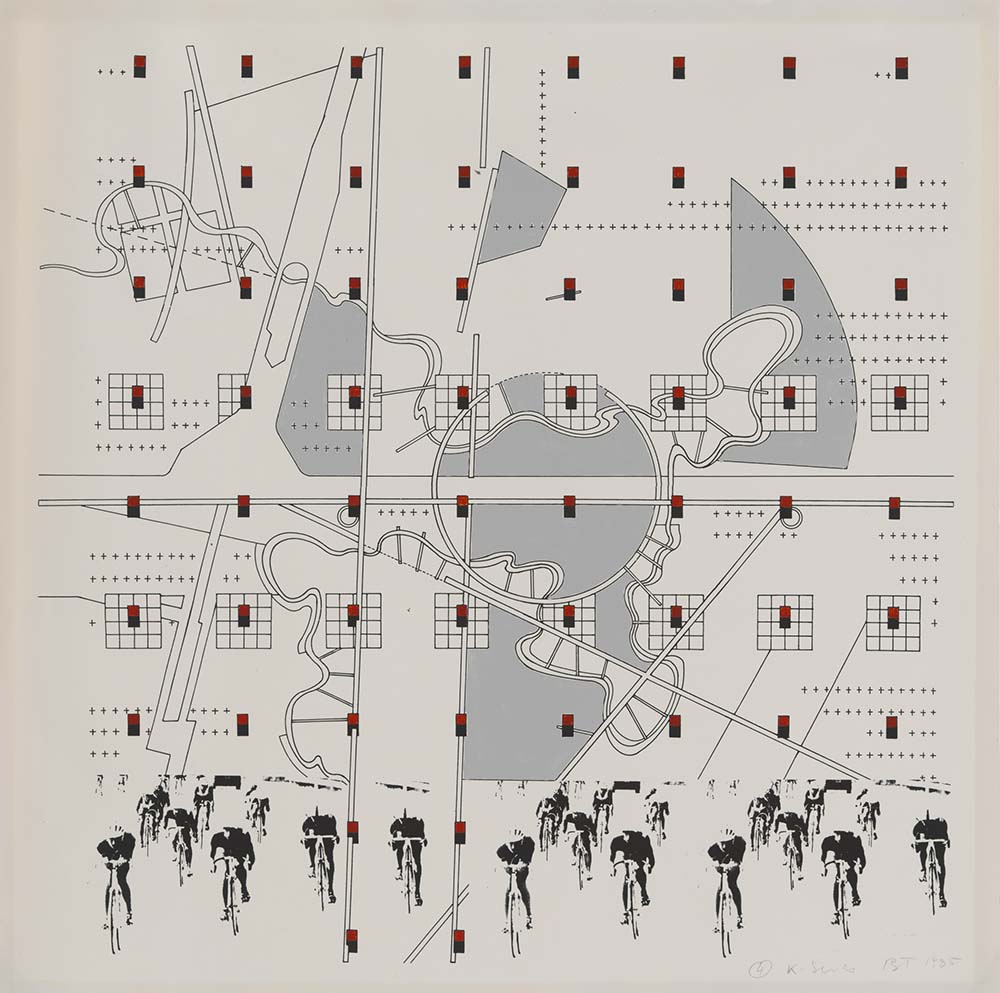 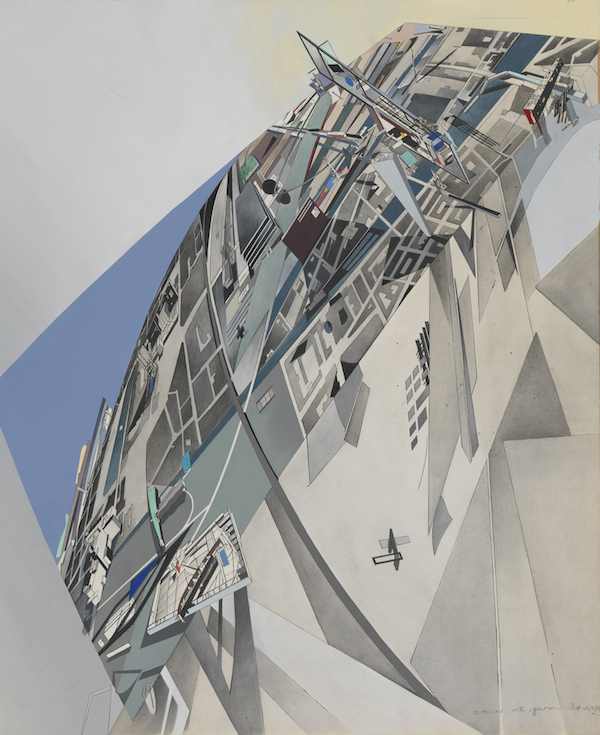 Bernard Tschumi, Study for the folio La Case Vide, La Villette, #3 from the K Series, 1985. © Bernard Tschumi. From the Collection of the Alvin Boyarsky Archive.

Zaha Hadid, The World (89 Degrees), 1984. © Zaha Hadid. From the Collection of the Alvin Boyarsky Archive.

A Chance to Work in Carrara Marble

A Chance to Work in Carrara Marble

The journey from Snow College in Ephraim, Utah to the ancient town of Carrara in Italy was neither short nor direct for Josh...