A seemingly inseparable pair, Charles and Henry Greene were born in Cincinnati a little more than a year apart in 1868 and 1870, attended manual training school together at Washington University in St. Louis, then headed off to MIT for their two-year degrees in architecture.

When their parents moved to Pasadena for health reasons in 1893, the brothers followed, setting up their architecture practice a year later. Then they launched into careers based on rounding out the sharp edges of the Arts & Craft Movement.

“They’re credited with helping create the California bungalow, which is still being built today,” says David Mathias, whose new book on the brothers is coming out in September. “But as much as I love the architecture, the furniture is quite phenomenal – it’s just unbelievably graceful, with a simultaneous rusticity to it.”

It’s as though the brothers looked at the work of Gustav Stickley and the Roycrofters, studied it hard, and then deliberately softened it. “They took the basic form and feminized it,” he says. “Certainly they liked clean and simple lines, but theirs was more graceful than Stickley’s.”

Charles, the designer of the two, was influenced by the post-and-beam construction and the broad eves of Japanese imperialism, as well as by the European craftsmanship of the Swiss chalet. “One sub-neighborhood in Pasadena named Arroyo Terrace became known as ‘Little Switzerland’ because there were eight or nine of their homes over a stretch of several hundred yards,” he says.

They were careful to site their homes in ways that preceded Frank Lloyd Wright’s concept of the organic building, creating a perception that it was growing straight up out of the ground. “My favorite is the Richardson house in Porterville,” he says. “They made the adobe brick on site, and used boulders from the lot.”

Inside, they took advantage of abundant and inexpensive Honduran mahogany, as well as teak, walnut, redwood and maple. “They used a lot of accent woods, like ebony and fruitwoods, for inlays,” he says. “But they used mother of pearl, copper and silver for inlay too.”

The popularity of the Arts & Crafts movement declined after about 1913, and Henry moved north to Carmel in 1916. They dissolved the firm in 1922, and fell into relative obscurity until the mid-‘50s.

That’s when they were rediscovered. The AIA issued a special citation for them, noting that they’d created a new and native architecture that was uniquely American. “It was of its place,” he says. “It couldn’t have been done anywhere else.”

“They designed furniture for particular rooms,” he says.

Every piece was new – they never designed it for another room. 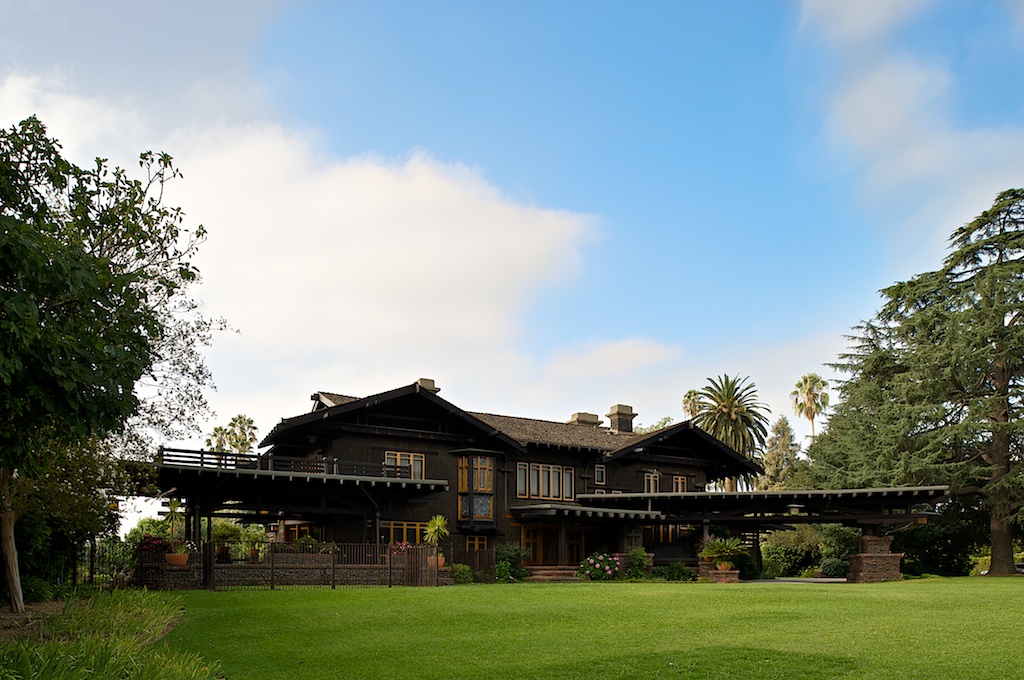 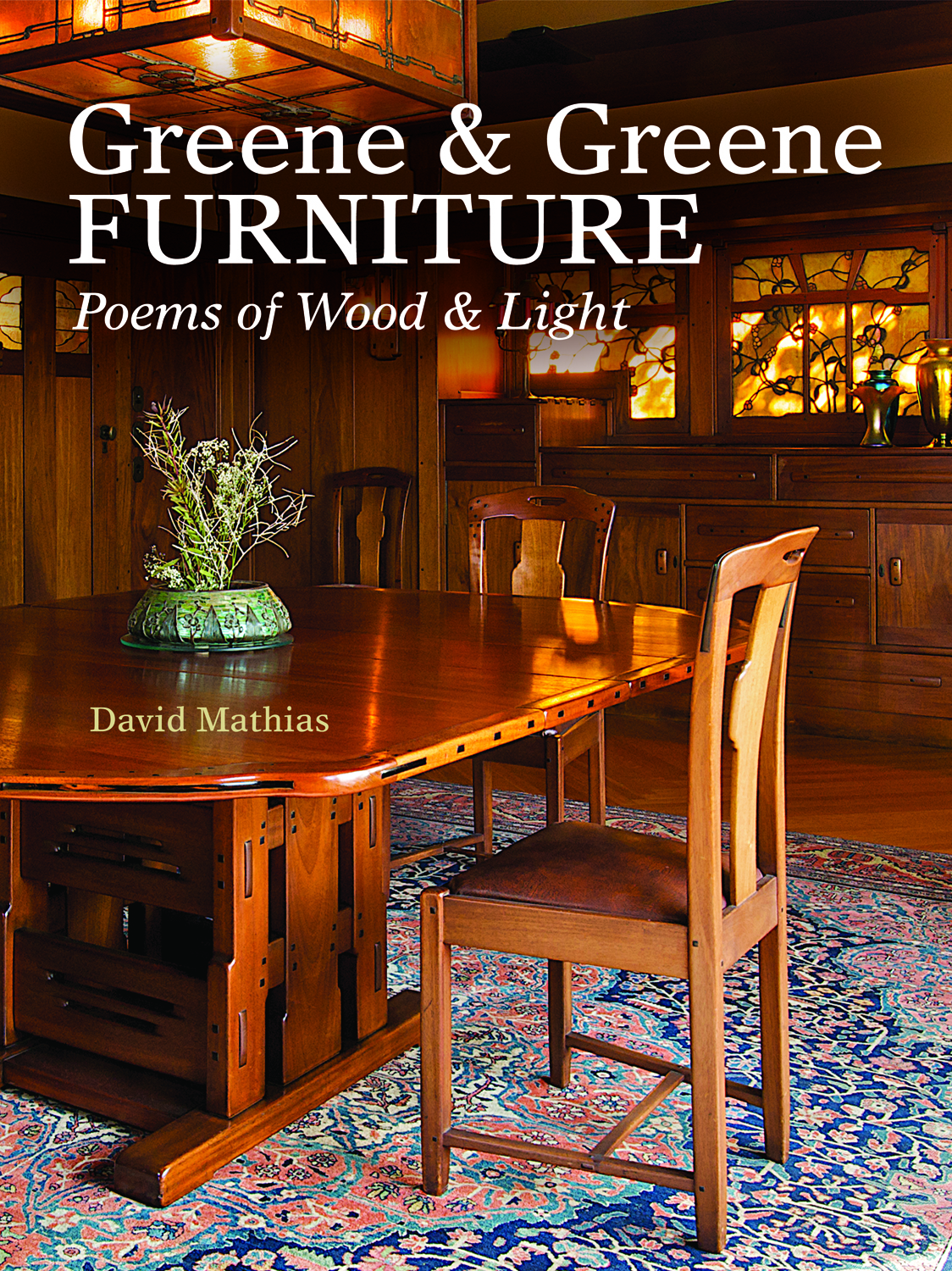 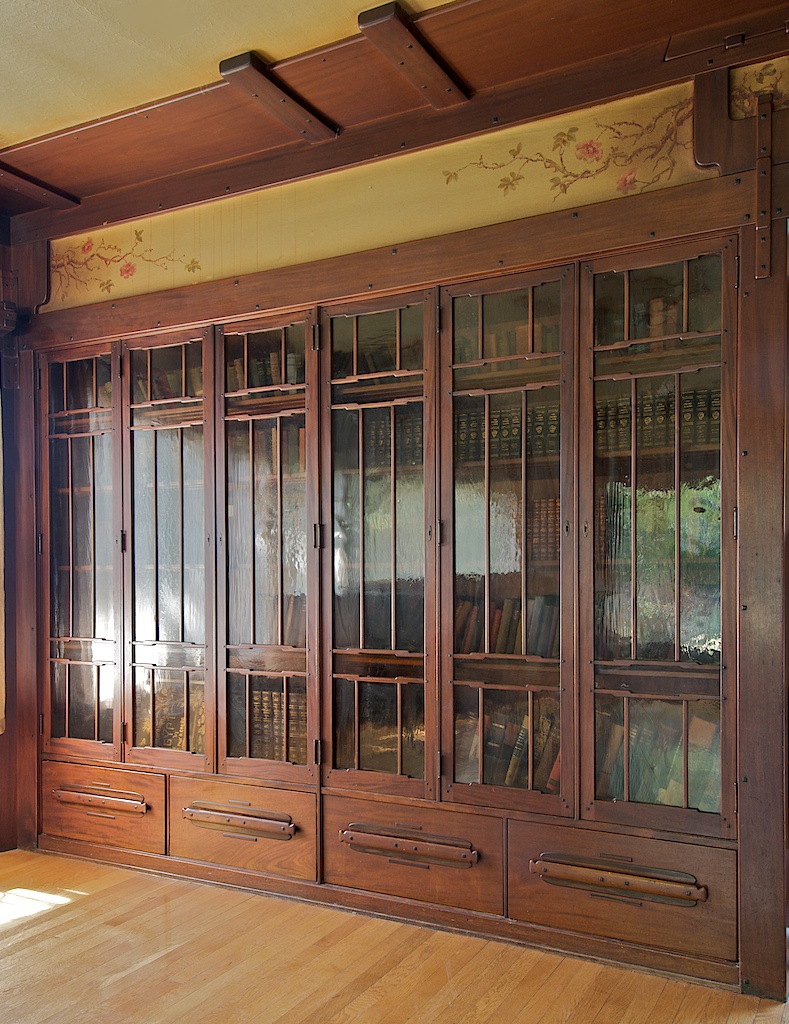 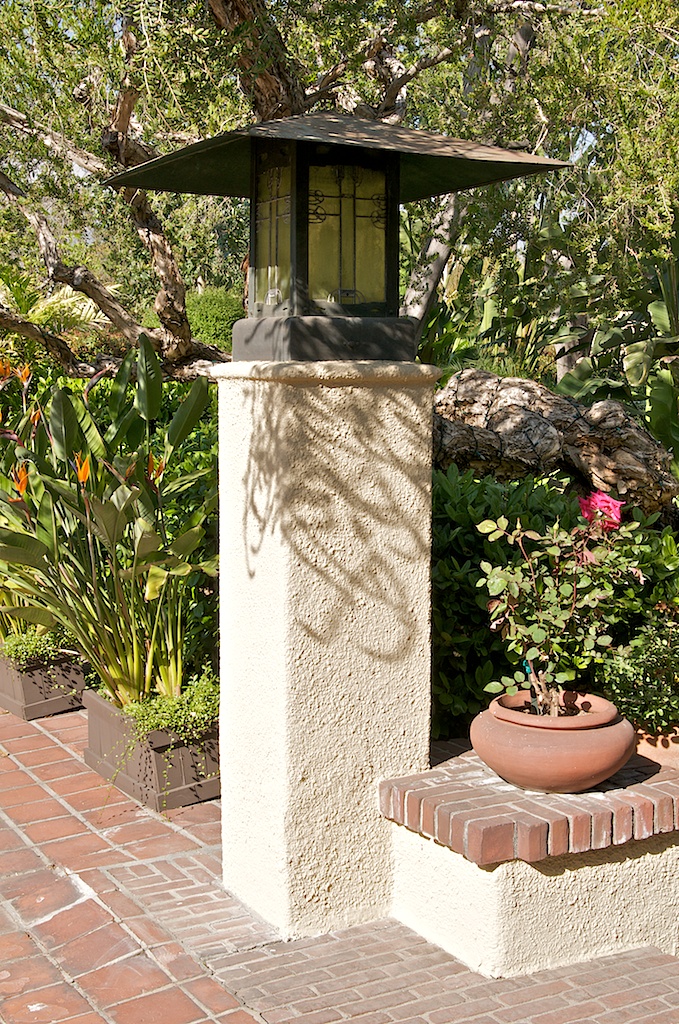 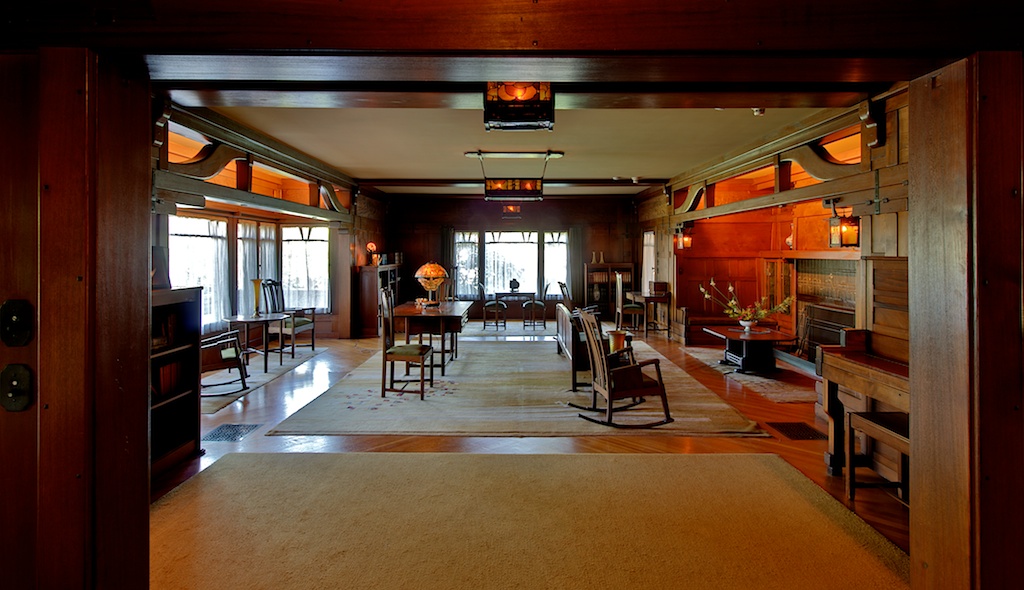 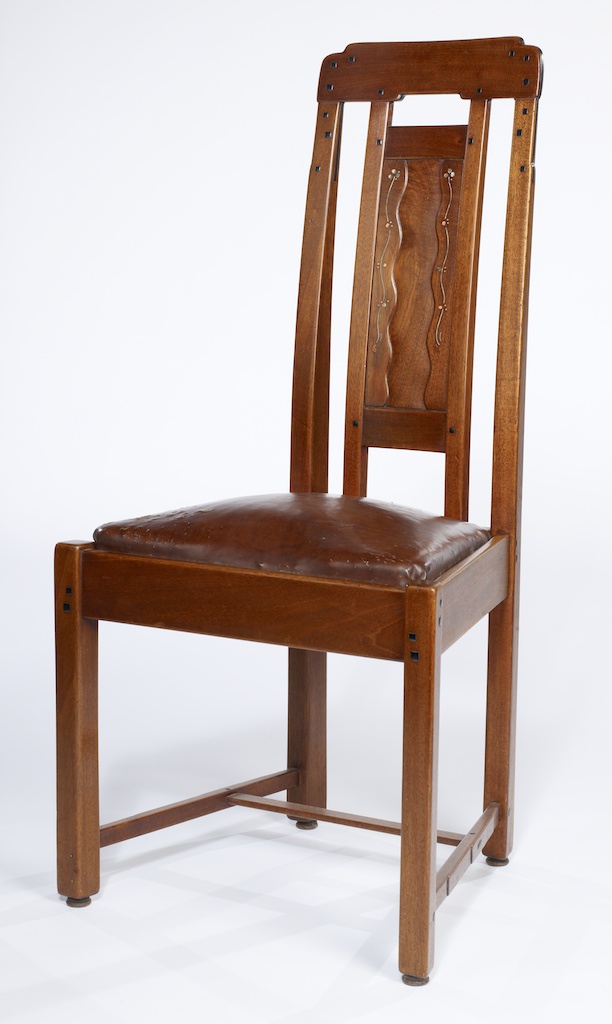 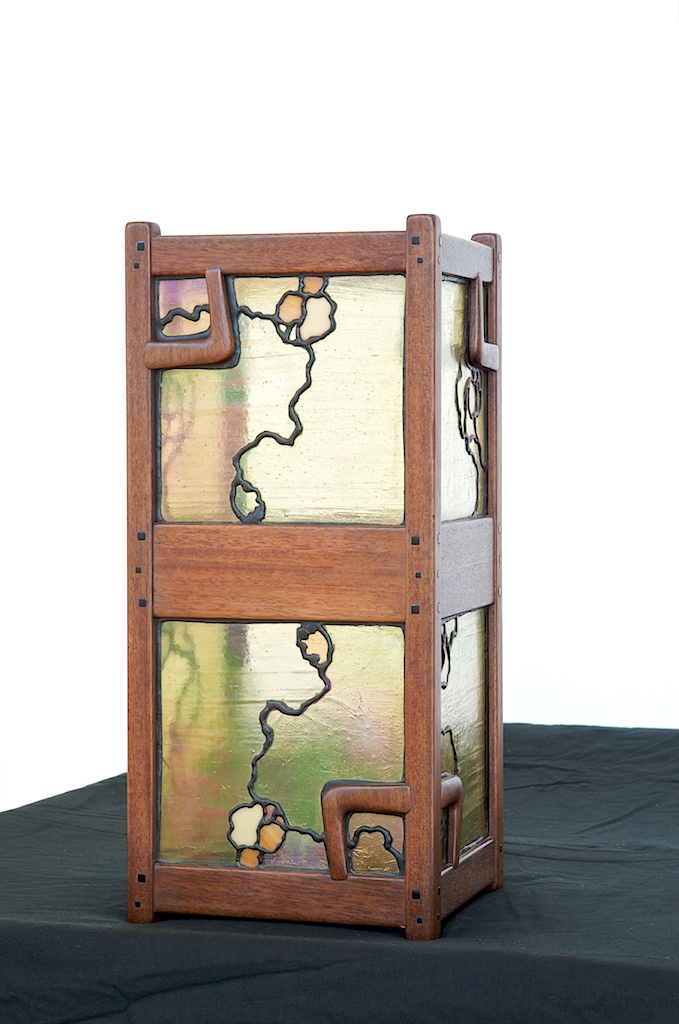 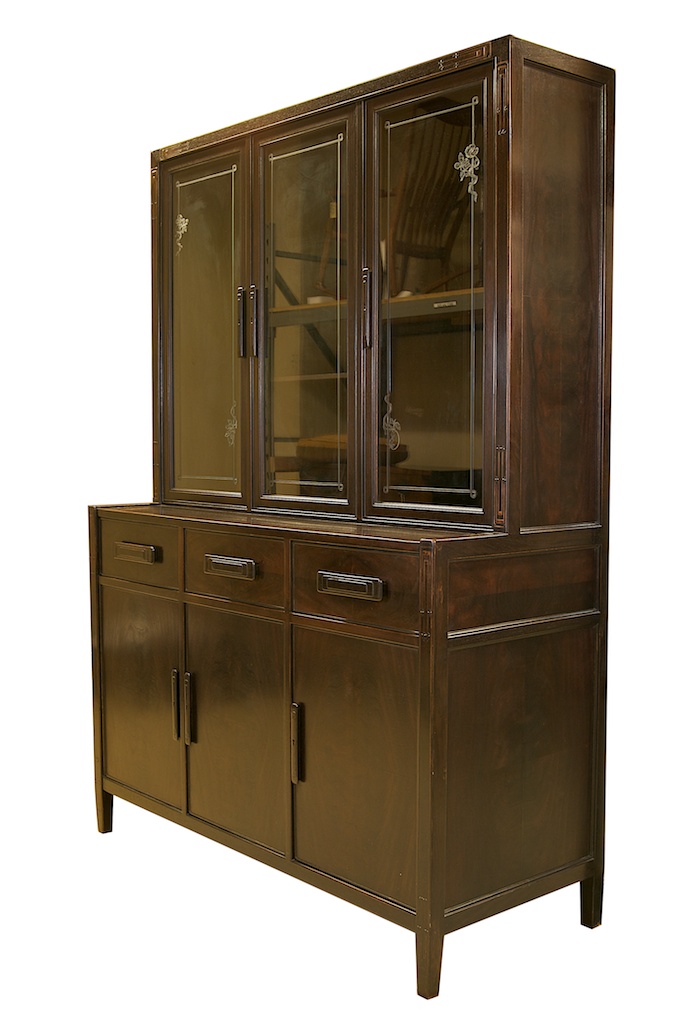 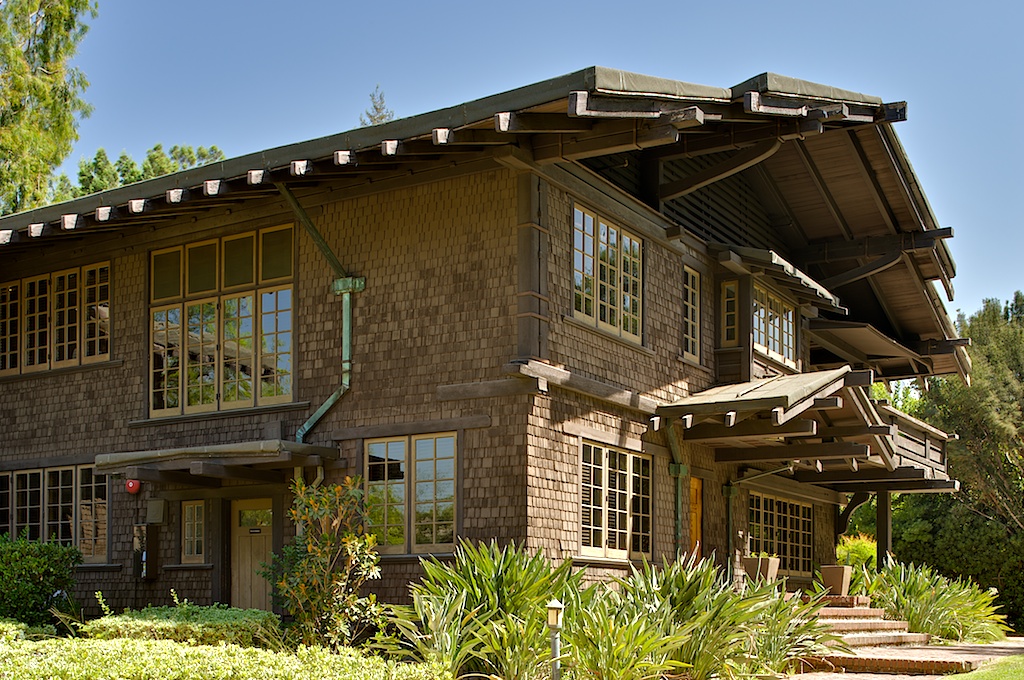 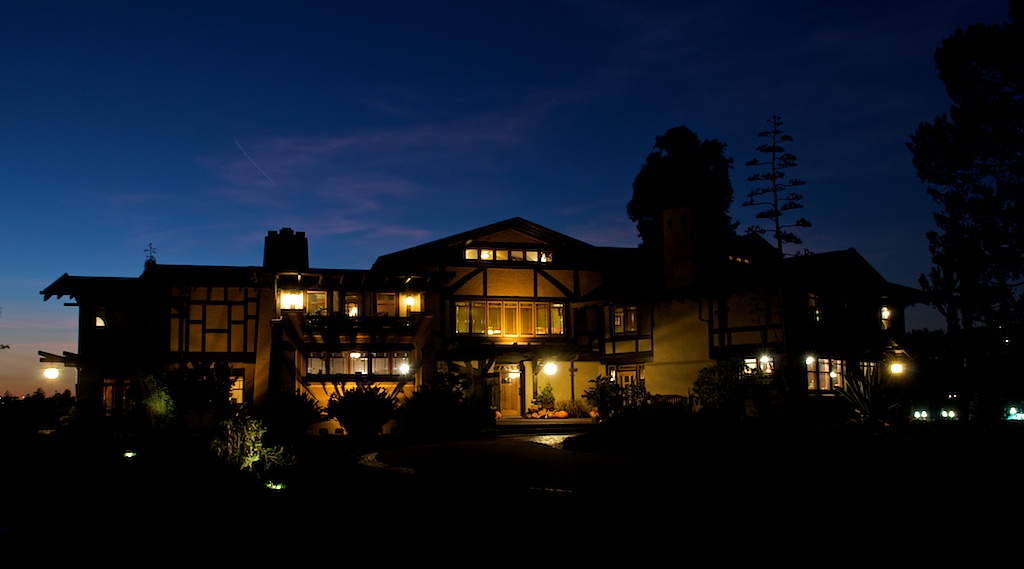 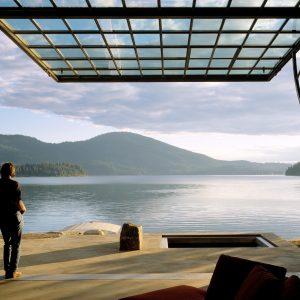 If, as Scott Fitzgerald suggested, the rock of the world was founded securely on a fairy’s wing, then Chicken Point Cabin...