SOM’s City within a City in Abu Dhabi

In an ambitious effort to create a flagship medical center for Abu Dhabi, SOM faced the daunting task of simultaneously uniting and separating three hospitals on one site.

With 850 beds, the Sheik Khalifa Medical center will handle about a quarter-million patients annually.  Atop a three-story plinth that accommodates expensive medical functions are three separate general, women’s and pediatric bed towers.

The effect on the human eye is that of three light and airy pavilions sitting atop a very strong base.  Embedded in the plinth and at the heart of the medical campus is a vibrant “town center” comprised of lobbies cafes, retail and education spaces.

The site – about one kilometer square – currently houses an aging hospital.  The new campus will be built around it, and when it’s complete, functions from the old will be transferred to the new.  The old hospital will then be demolished.

Cultural sensitivity called for three separate pathways for entrances, one for each hospital.  “We tried to keep a clear organization,” said Mustafa K. Abadan, design partner at SOM.  “There’s a strong way-finding so traffic is not interfered with, and there are no bottlenecks.”

Each bed tower façade employs exterior scrims to provide privacy for gender issues and shading for a very hot climate.  The exterior sun screens vary from the simple, generic rhythm of the general hospital to playful colors and patterns on the children’s hospital, to the intricate “mashrabiya” – inspired  geometries of the women’s hospital.

Throughout the base of the building, large swatches of open space for recreation and common areas have been landscaped.  Inside, the architects called for green walls in waiting rooms and patient lounges.  “They’re specially constructed with green plant materials, and gro-lamps and irrigation systems built in,” he said.  “The plants clean and cool the air,” he says.  “It’s returned to the mechanical system, cleaned further and returned.”

The entire medical center is inspired by ancient manmade complexes in the desert, destinations for caravans that were one day’s camel ride from another.

Except that, at two-and-a-half million square feet, it’s substantially larger.

For more on SOM, go to http://www.som.com/content.cfm/www_home 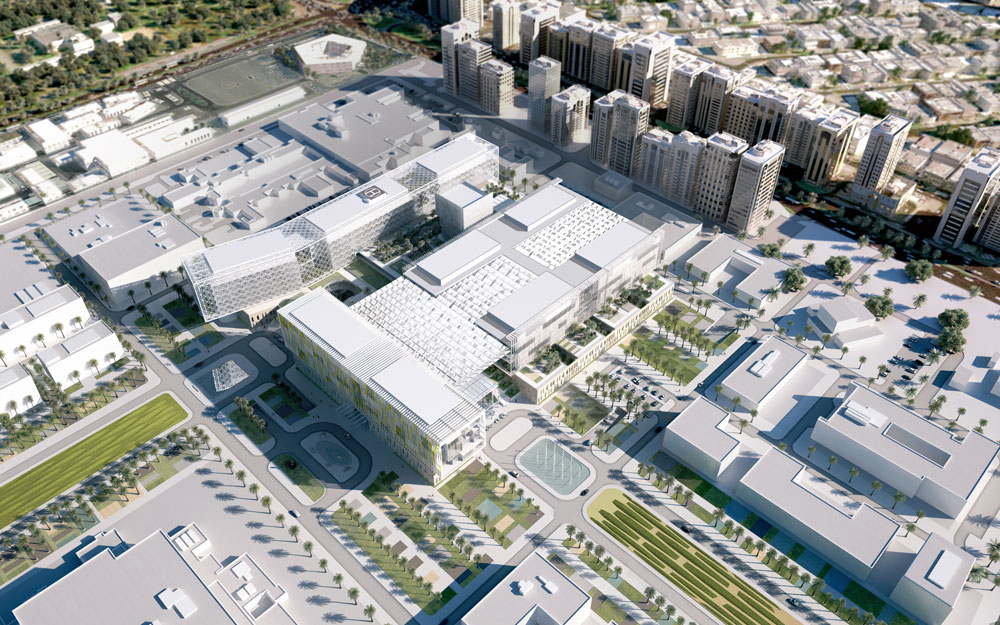 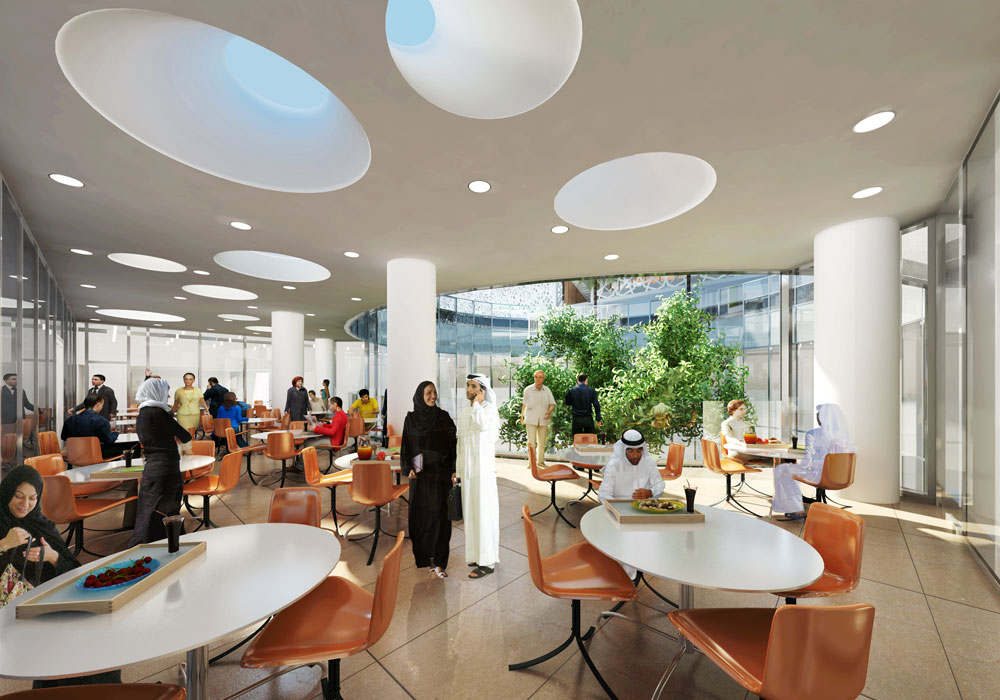 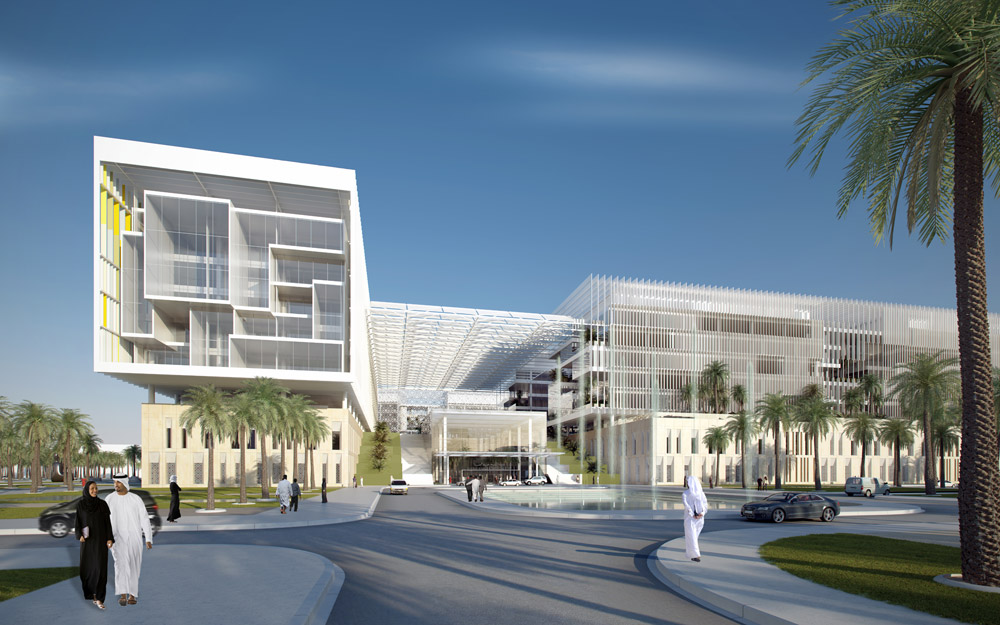 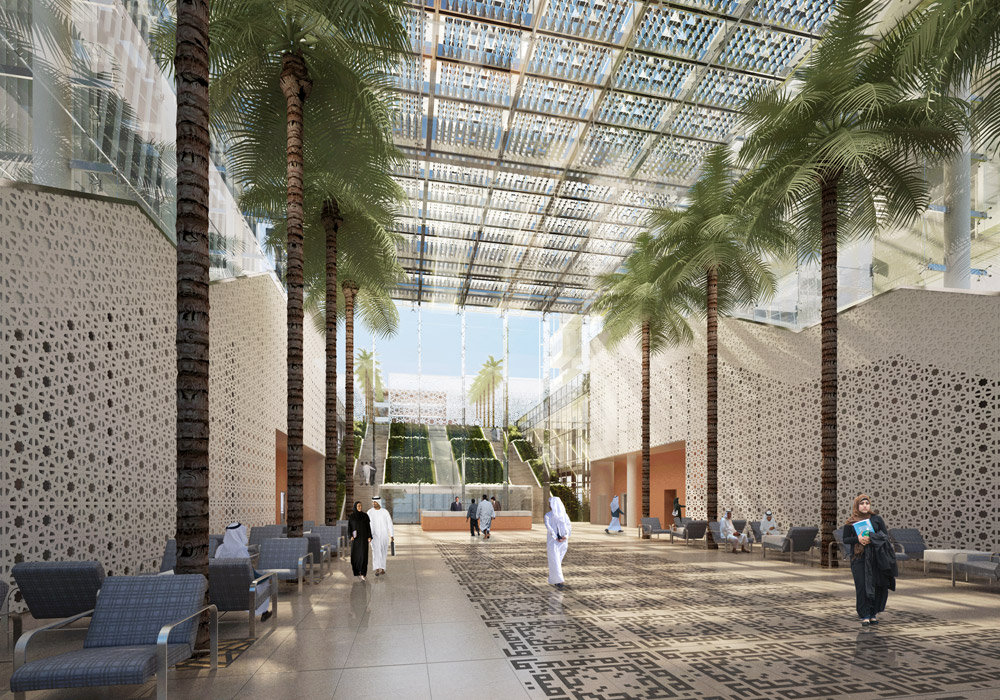 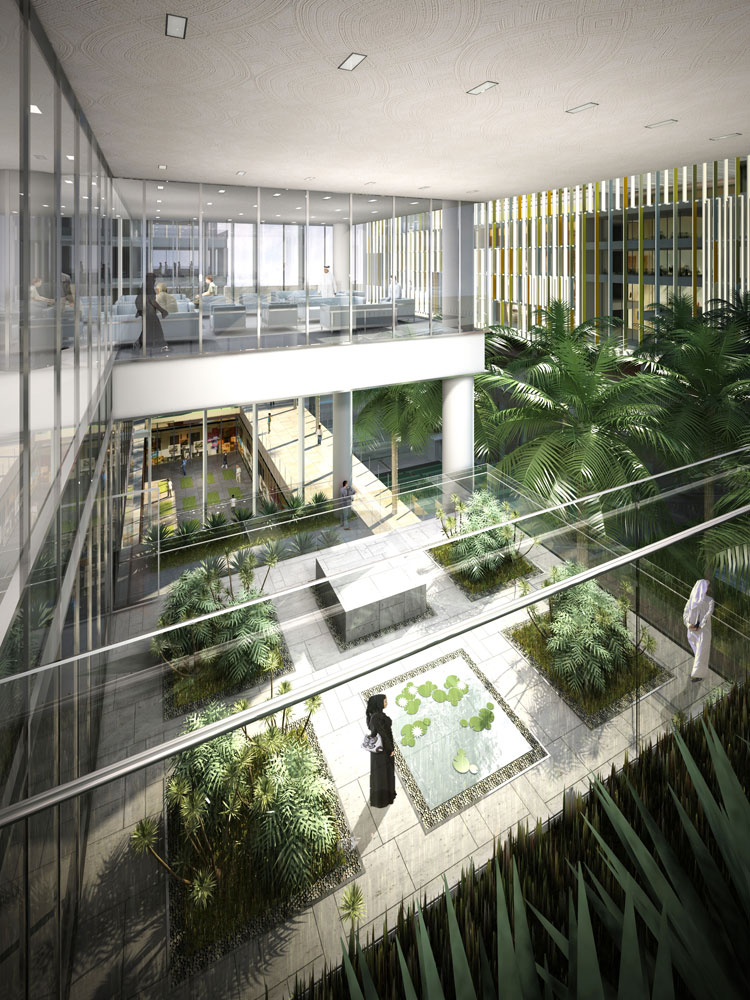 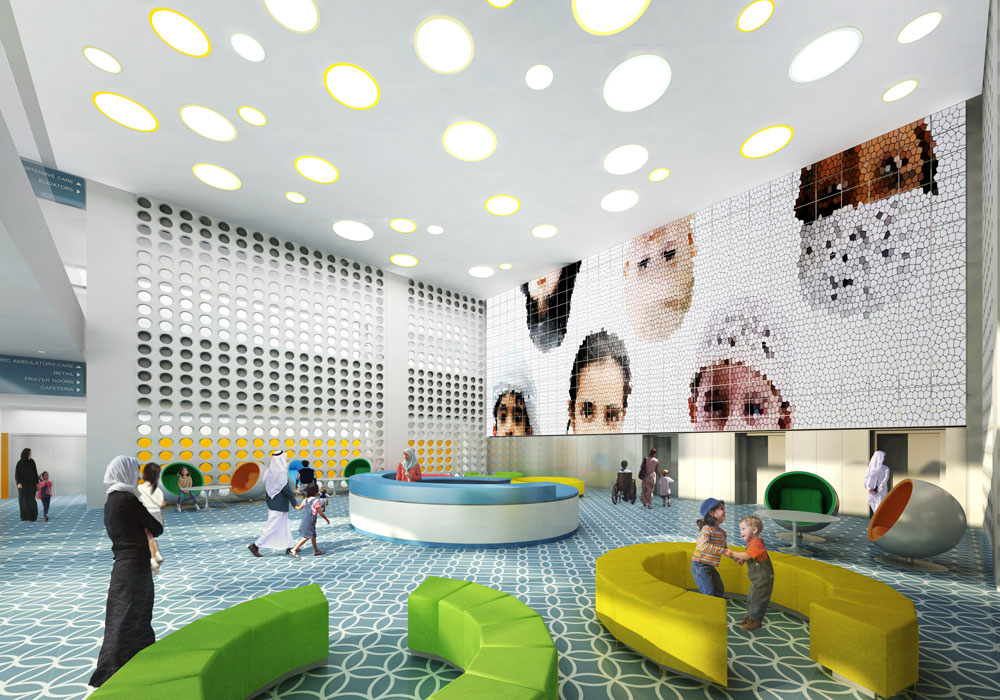 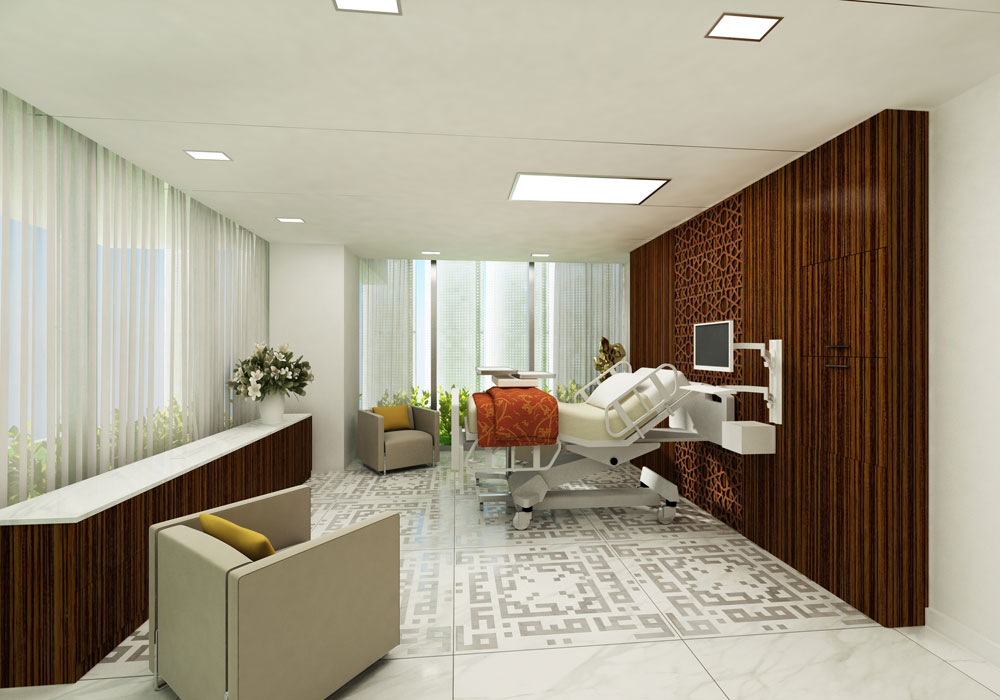 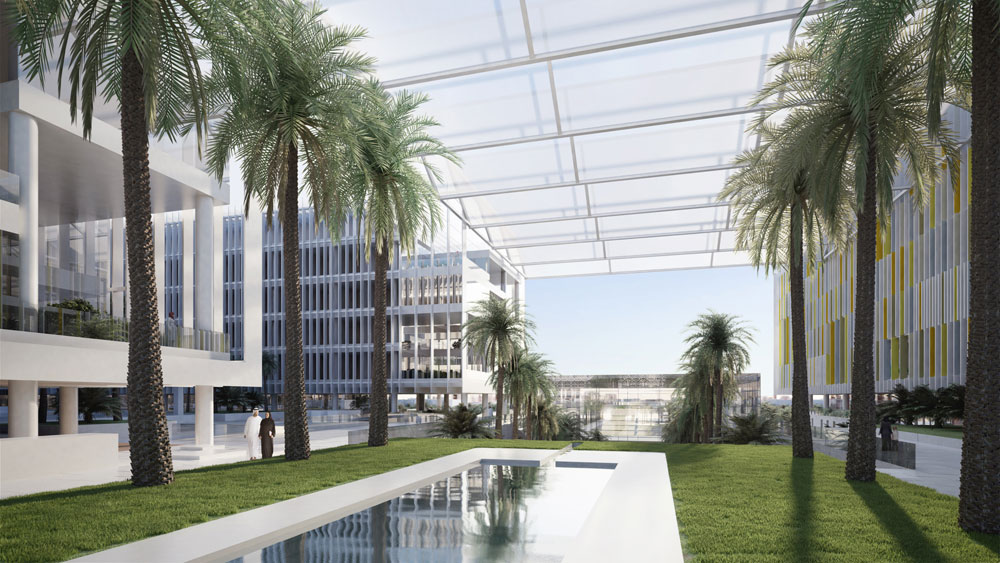 Julie Taraska is a globe-trotting design journalist with a good eye.  Her partner in Product Placement, the Manhattan-based...