When all was said and done after the 2021 Matsumoto Prize Competition was finalized, the jury favored the North Carolina mountains – while the popular vote liked the beach.

Asheville architect Maria Rusafova’s Casa Negra came in first place in the eyes of the judges. The Caffey Guest House by Stitch Design Shop in Winston-Salem came in second, and the Piedmont Retreat by Raleigh’s Katherine Hogan Architecture came in third.

“All of them say: ‘You’ve got a lot going on in North Carolina,’” says George Smart, executive director of US Modernist Houses, the competition’s sponsoring organization. “And they say that there’s a small but active community of modernists that they didn’t expect.”

About two thousand modernist aficionados routinely cast their votes in the People’s Choice category. This year, the most votes received were for Kersting Architecture’s Mobius House in Pine Knoll Shores. The second-most were for David Gauld Architect’s Town Mountain House in Asheville, and the third-most were for Arielle Schechter’s Baboolal project in Durham.

These six residences are part of a modernist legacy that stretches back to 1948, when Dean Henry Kamphoefner founded the Bauhaus-modeled School of Design at N.C. State University. Since then, modernists have learned, worked, and spread out across North Carolina. “There are 2,400 modernist houses here, from the mountains to the ocean,” Smart says.

Winning homes in this annual competition match up to their sites well, and their architects spend time and energy on attention to detail – and develop workable solutions for living issues.

And size does matter. “It’s a residential competition and our juries say if the house is 2,000 square feet and really well done, they’re hard to beat,” he says. “If it’s a 10,000 square-foot house it would have to be extraordinary. Occasionally we do get the larger ones – they’re all beautiful, but part of modernism is a house that’s scaled better to its inhabitants.”

The competition was created to encourage architects and clients throughout the state to continue the tradition of great modernist residential design here. “These building reflect a continuation of what Kamphoefner started,” he says. “The emphasis is on modernist style as a harbinger for the future, and not looking back.”

Mountainside or oceanfront, this much is certain: There’s a huge appetite and an appreciation for modern design in North Carolina. 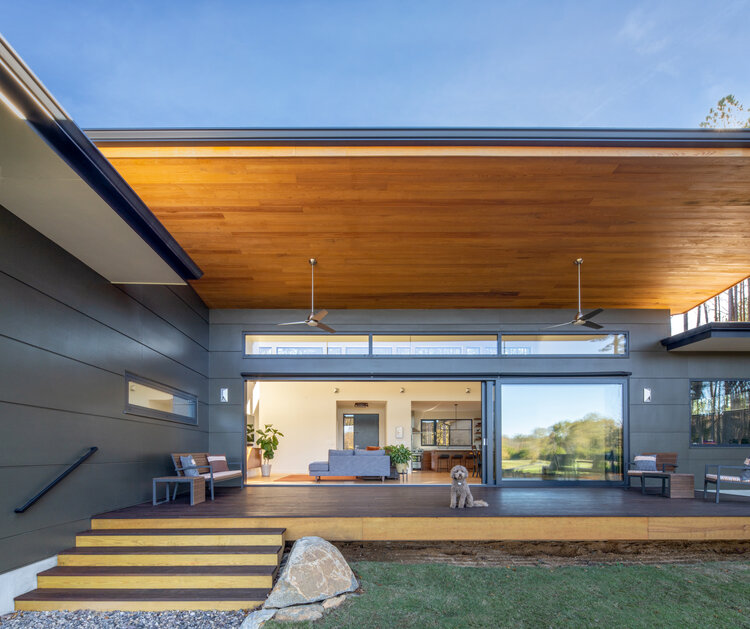 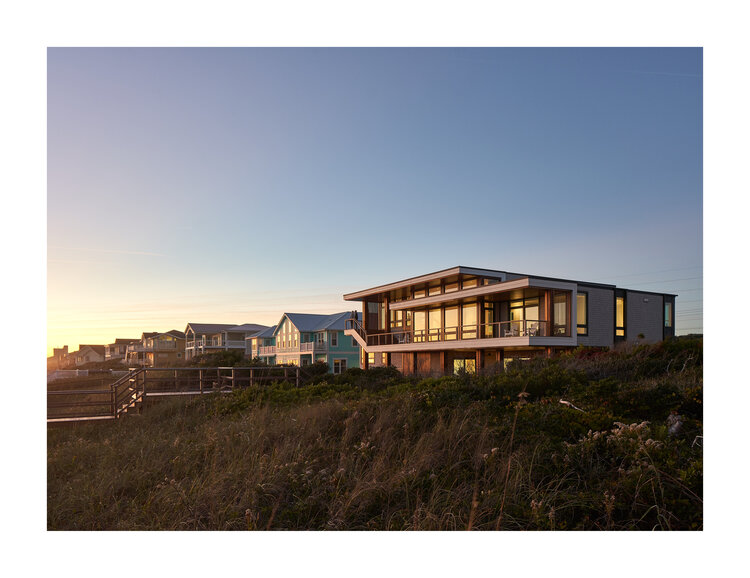 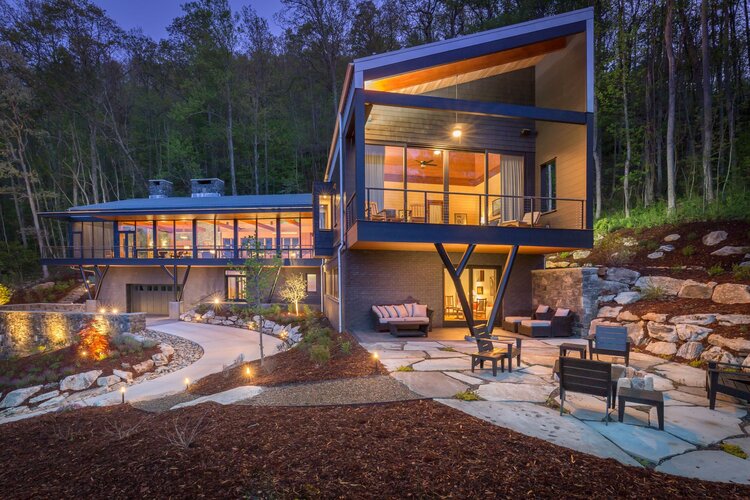 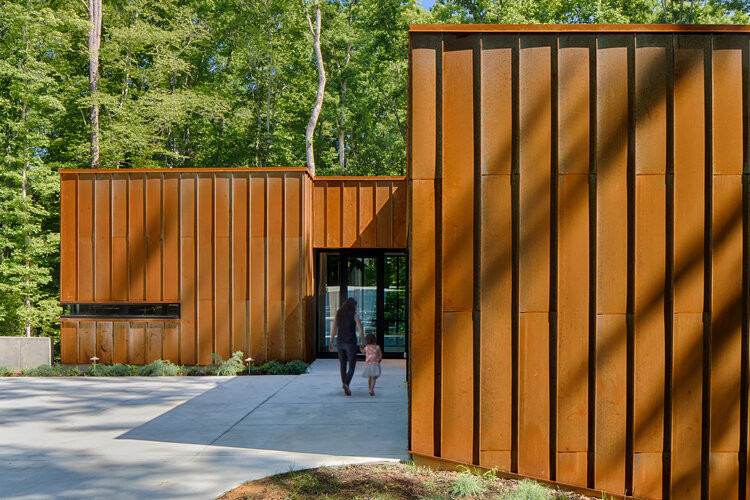 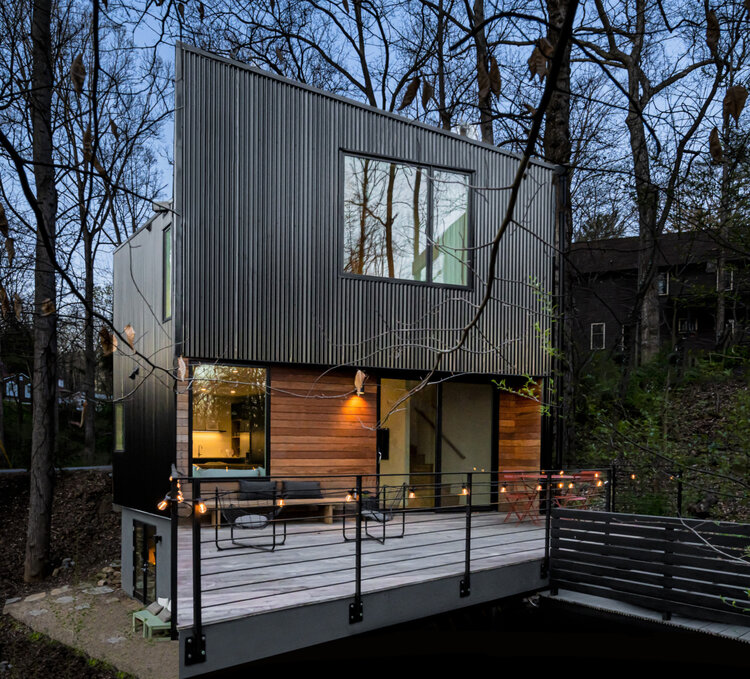 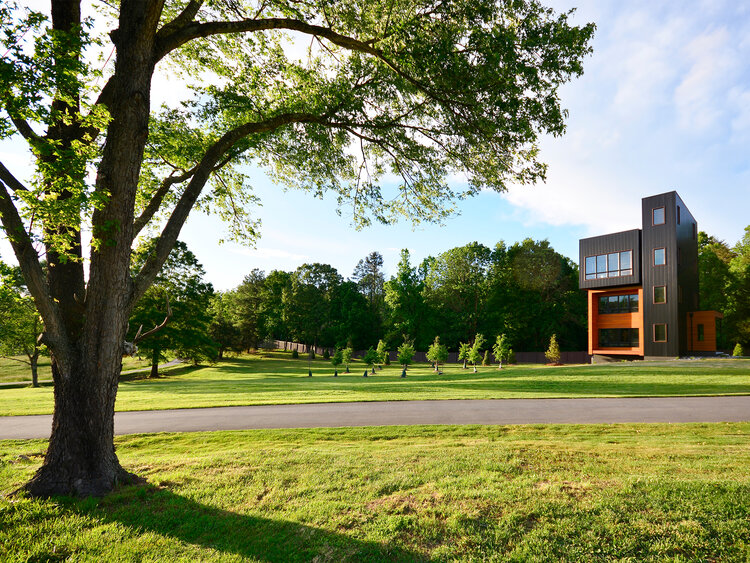 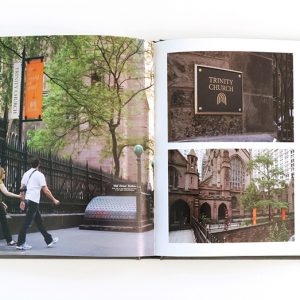