SHoP Architects, designers of Brooklyn’s Barclays Center and contributors to a master plan for a new LaGuardia Airport, is now tackling a new museum for SITE, in Santa Fe’s warehouse district.

SHoP delivers a high-performance attitude to the new space, bringing it up to speed with internal climate control, rethinking how it interacts with people and the street, and wrapping it in a 21st-century, meticulously perforated aluminum.

“The brief for SHoP talks about physical needs but also a gathering space that’s much more welcoming,” says Irene Hofmann, Phillips Director and Chief Curator at SITE. “We didn’t want this big brown warehouse to be mysterious, like the nature of the building had been.”

“It’s performative, like spotter airplanes – people will use it in the way that they want to,” says Ayumi Sugiyama, project director at SHoP. “It’s about perfection and joy.”

Wait a minute – spotter airplanes? Yep. Aircraft serve as design and process inspiration at the firm, where one wall of its office in the Woolworth Building is lined with model after model.

Which brings us to the use of aluminum mesh on the skin of SITE’s soon-to-be built museum. “It’s a powder-coated finish, and it reflects the light better,” says Cortez Crosby, also of SHoP. “It’s serious and whimsical at the same time.”

The mesh pattern involves a layering of pattern upon pattern in a  zigzags, so when the light hits it, it drills deeply into the building’s facade. The technology will allow the architects to work directly with  fabricators and builders from drawings they’ll share. “Ayumi and Cortez generated a geometry they can fabricate from – it’s laser-cut in different sheets of different sizes and then fixed together,” says Chris Sharples, partner at SHoP. “It’s not a Gothic cathedral growing up out of the ground, but there’s the same quality in our work – there are layers of sheets coming together to create the skin of this building.”

Inside the former Coors warehouse, which I visited last week as a guest of the museum, the architects will add one more gallery for year-round use, an auditorium/multipurpose room, and a new entrance at the rear with an event porch. There’s also the courtyard with open-air views to the big skies of New Mexico.

SITE pioneered the warehouse district two decades ago, breaking new ground in derelict territory. Now six more galleries and a booming farmers market/arts district are in play – and the museum’s stepping up to extend its heritage of innovative design. It may be a small project for SHoP – but it’s also the firm’s first museum.

“This was incredibly important for them – a new framing for their work and a new client for them,” Hofmann says. “In a way we needed them at same time they needed us – they were the right firm for us at this moment.”

Besides, the architects get a bonus in the deal – their first museum exhibition. It’s called workSHoP, and it’s on display at SITE now. 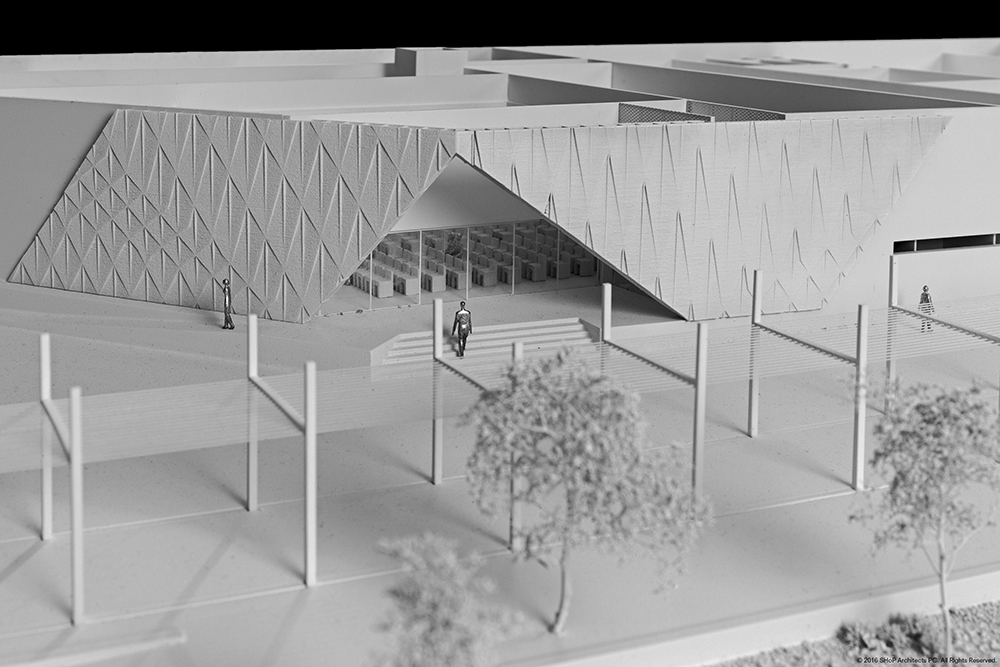 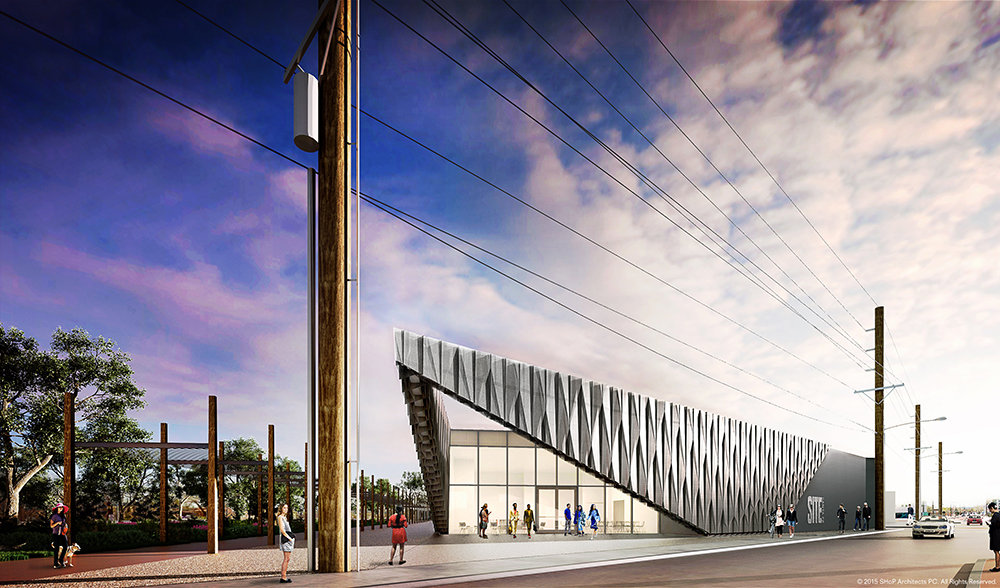 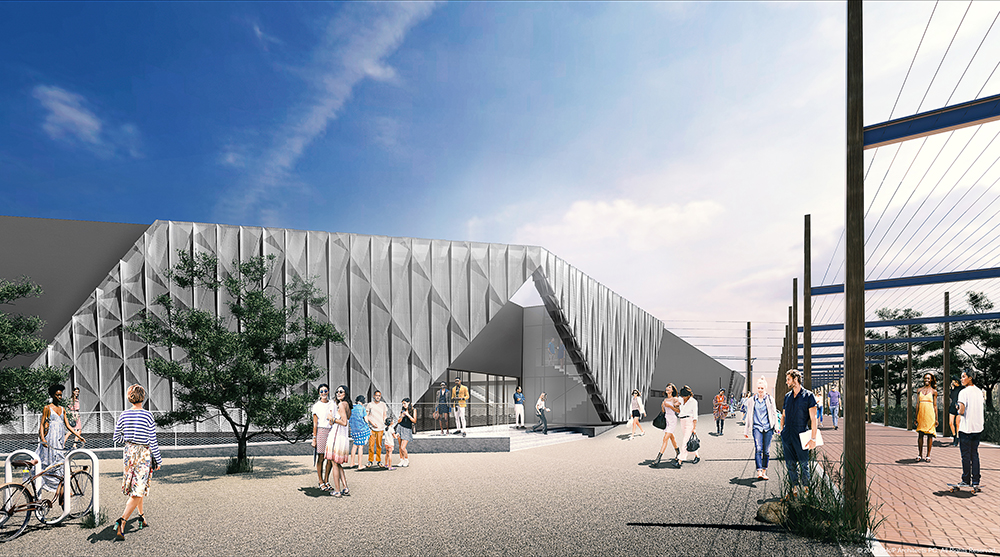 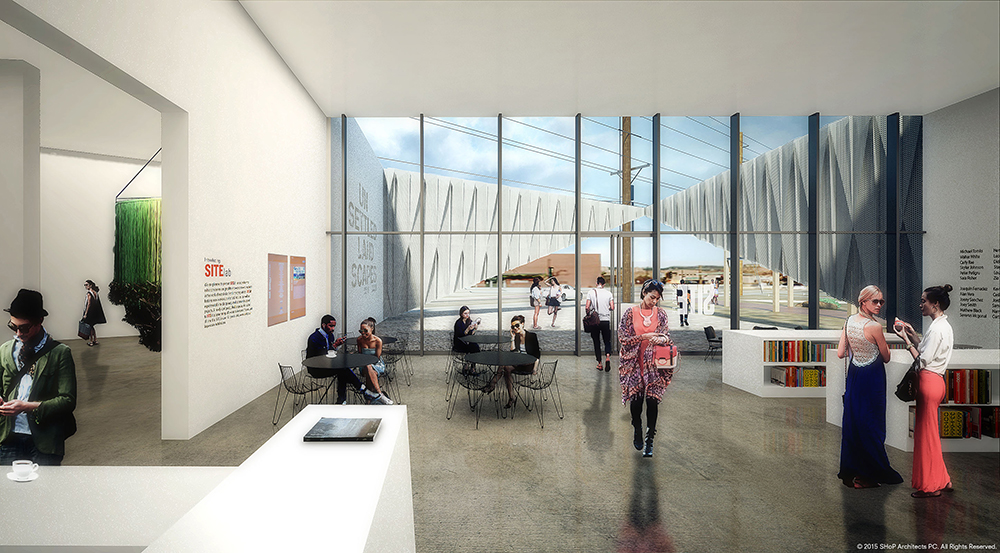 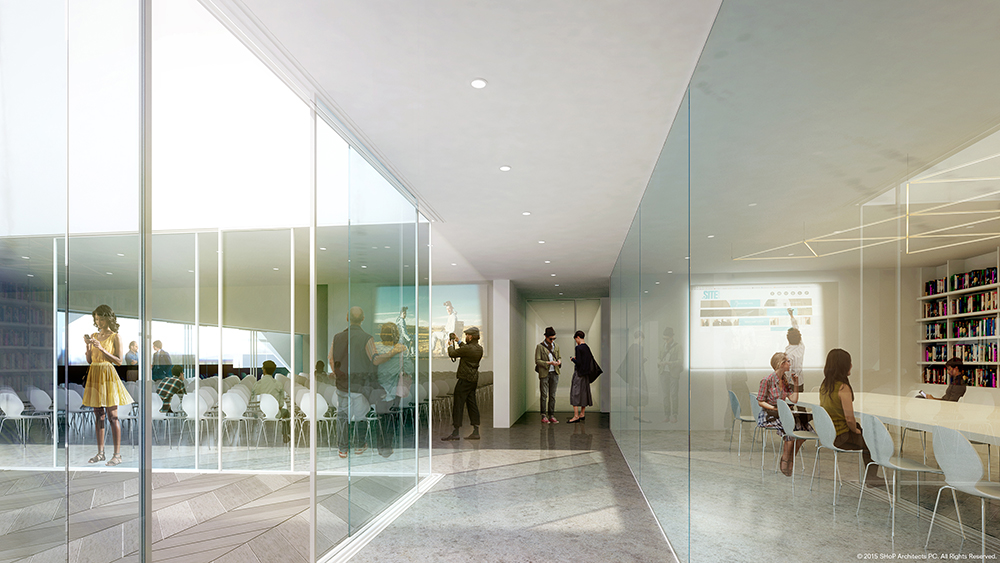 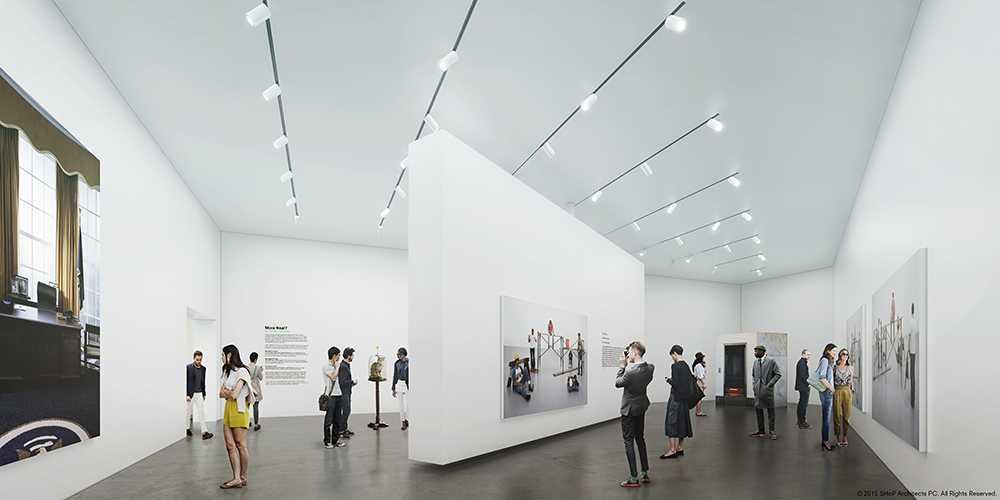 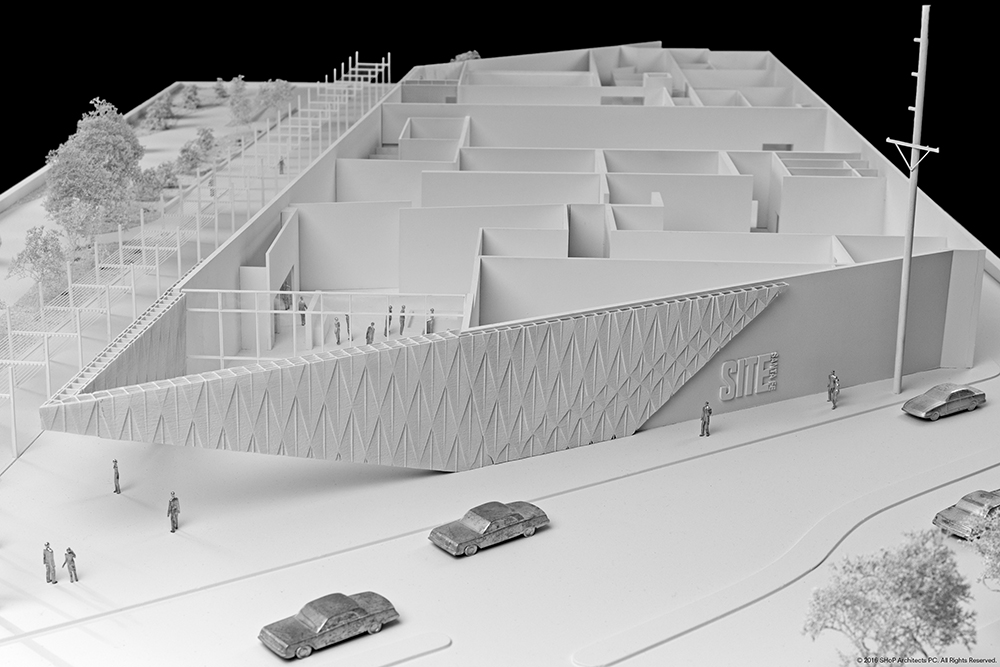 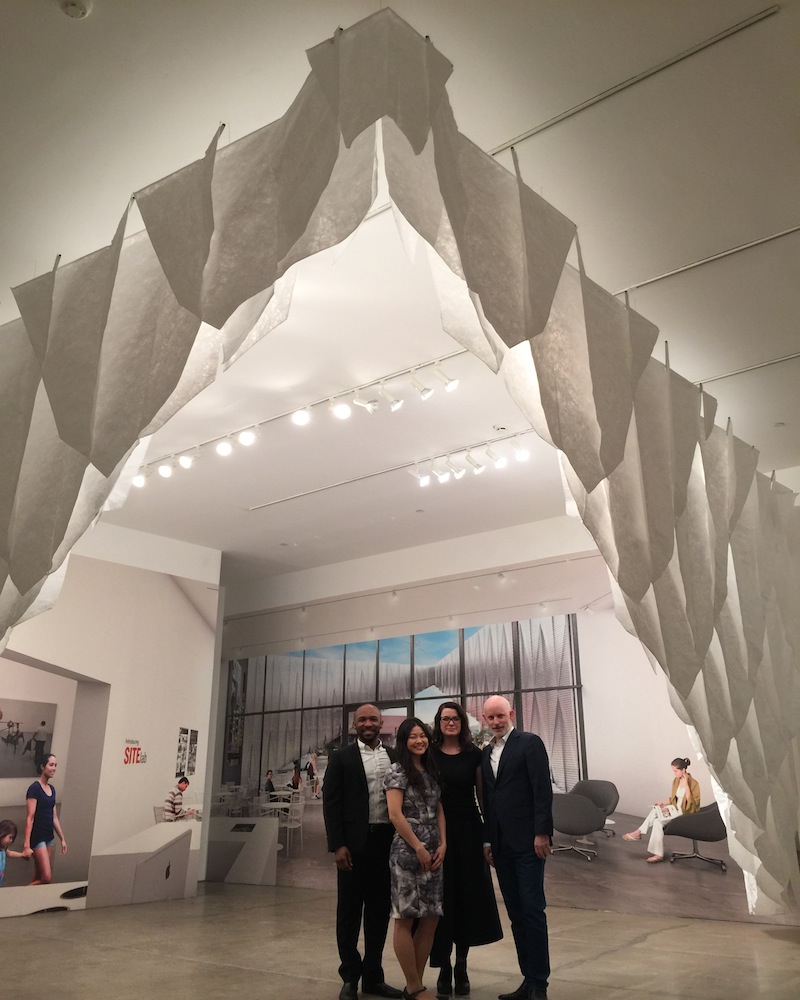 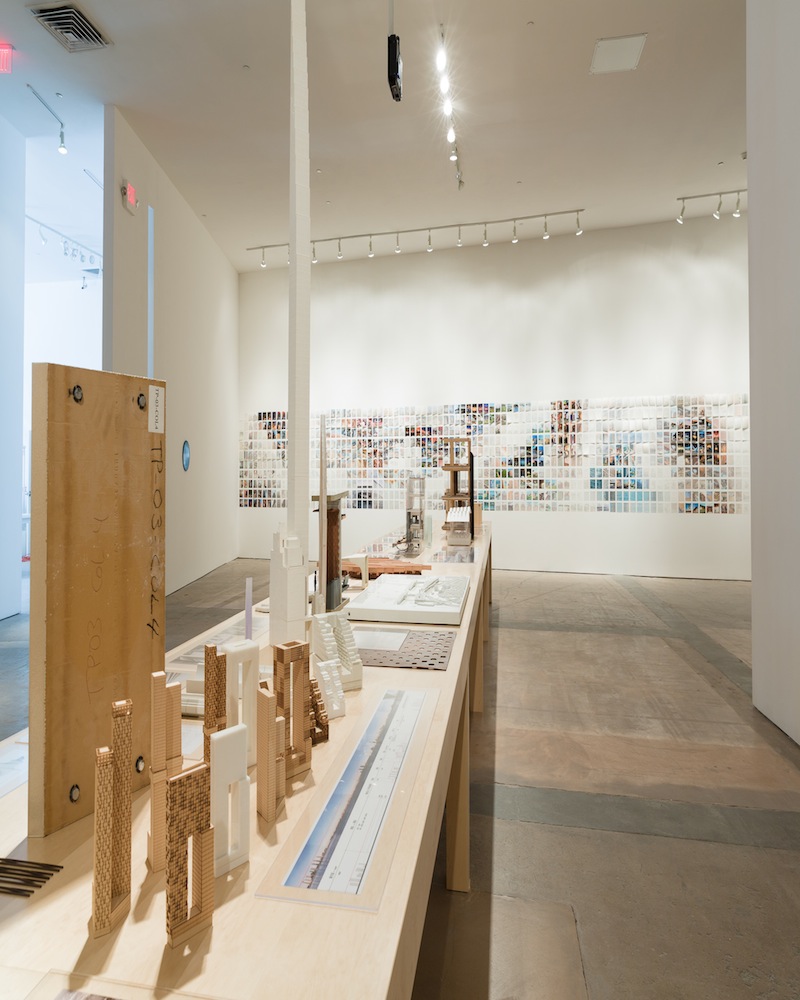 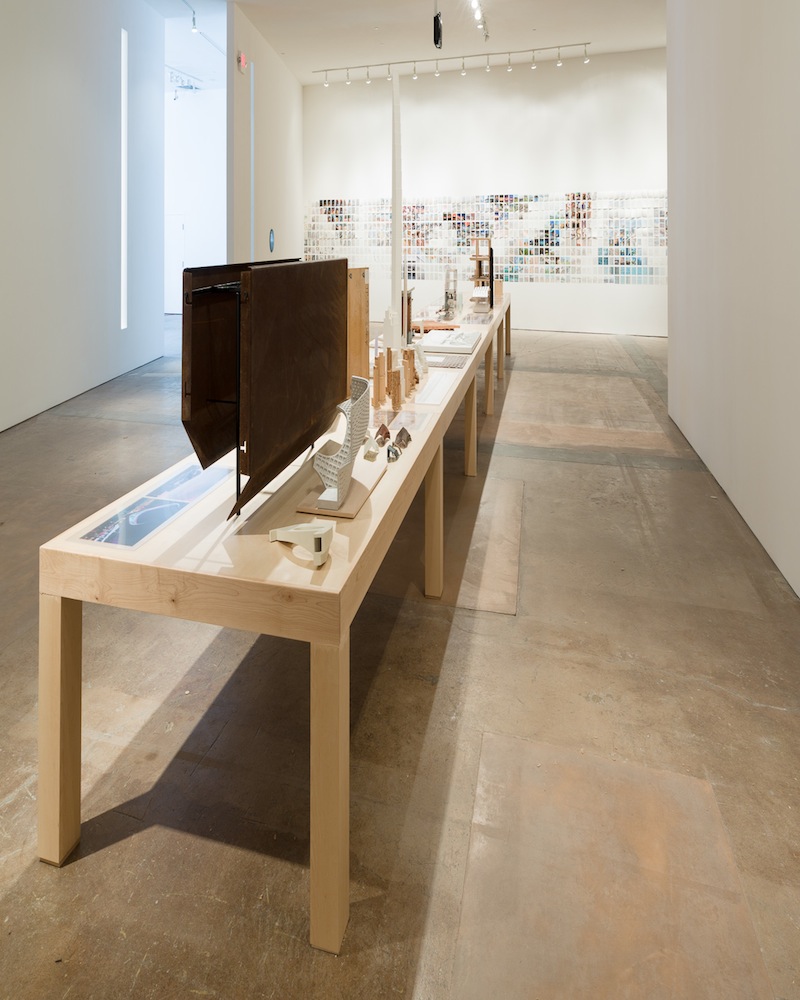 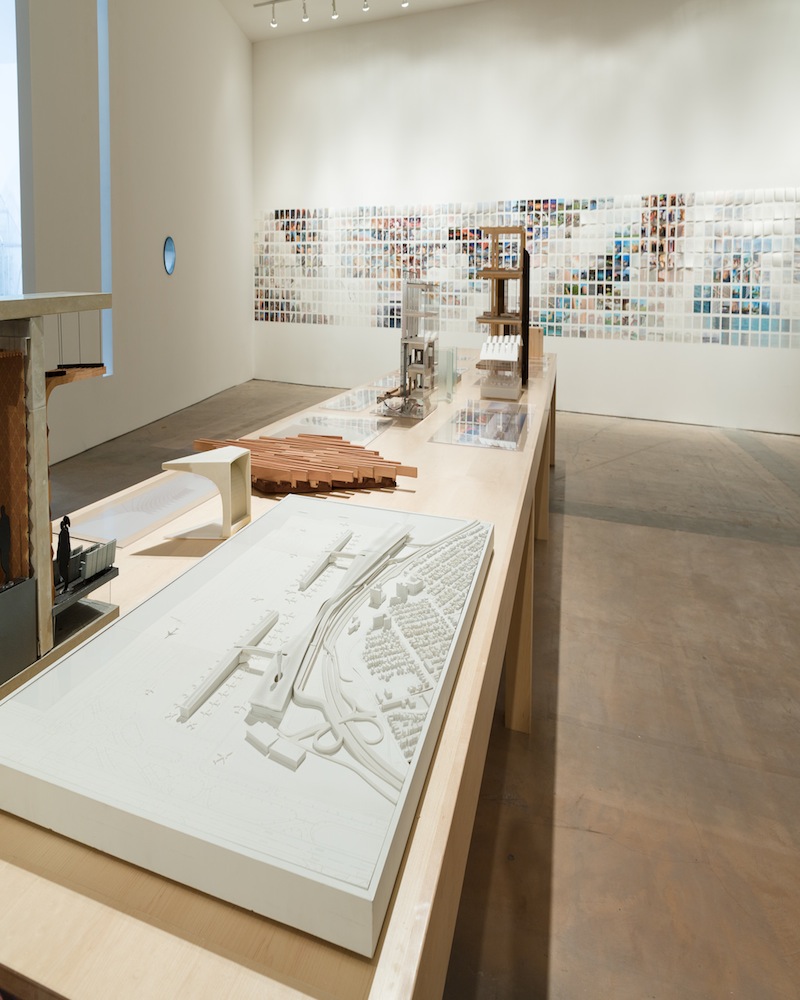 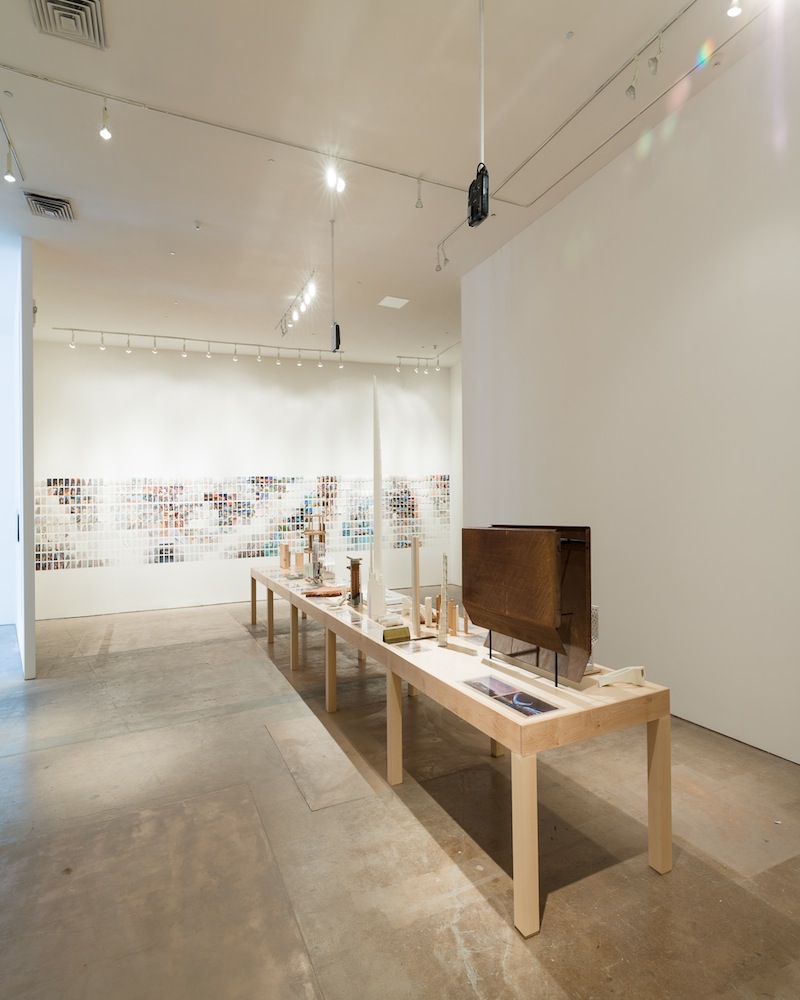 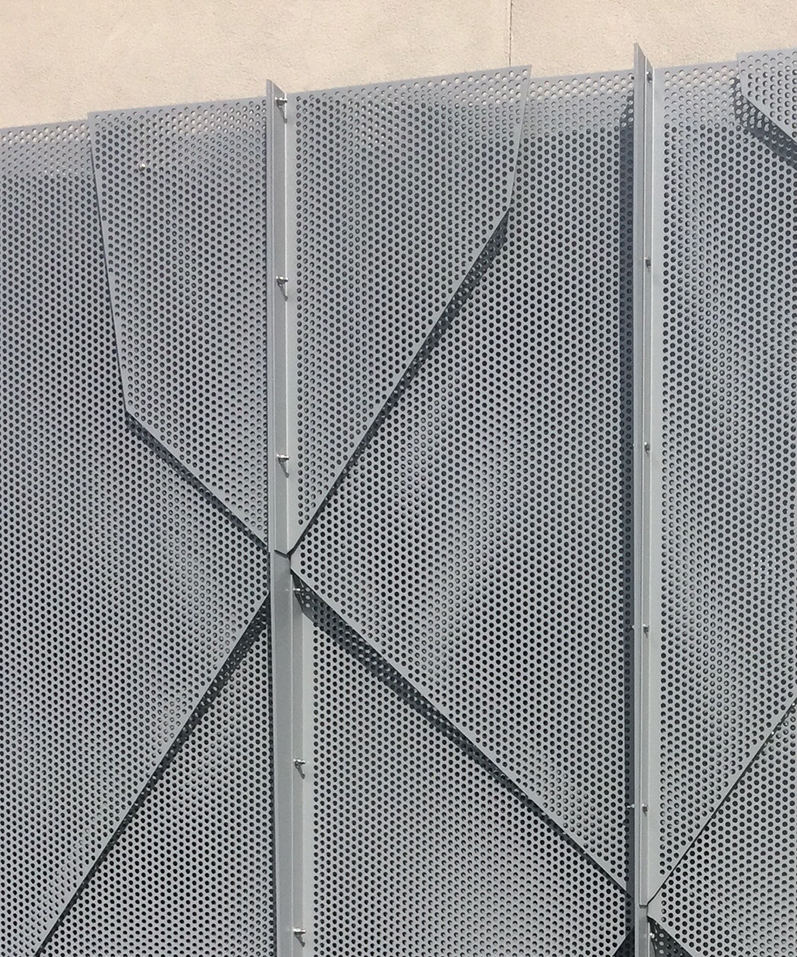 If you're going to create an installation design showcase for  at the Coverings tile exhibition in Chicago next month, you may as well...