Sculptures in Limestone and Metal

“It’s an old Republic Steel Plant that closed down, but it’s got wonderful buildings,” she says.  “Now it’s an operable quarry for road-grade material.”

For an artist, that can lead to some interesting moments.

“When they blast, some of the stone comes over here,” she says.  “Usually, it crumbles the side of the quarry wall, but sometimes it throws off huge boulders that weigh three- to five-thousand pounds.”

Not many people take much interest in the rocks, but she does.  She’s begun to collect the ones pierced by holes, creating a series of sculptures called “Charms” out of them.  The limestone blocks wrapped in aluminum are now a hot commodity.

Most of her work, though, is in different kinds of metal, including Corten steel and quarter-inch aluminum.  The challenge lies in how to introduce light to the material.  “The metal is just not very forgiving, with a flat surface to work on, and no light can come through,” she says.  “There’s always a fabrication, with laser cutting or water jet cutting that allows me to cut patterns onto an armature.”

It’s an industrial process of creation, but she believes she’s introducing a feminine influence to a masculine material.  “It creates an interesting balance,” she says.  “It’s hard to move a 5,000-pound rock, and dangle those charms.”

Her work could be read as a metaphor for the de-industrialization of the nation, and as an artistic commentary as well.

“The steel mill shut down and we had to innovate,” she says.  “As an artist I’m always trying to say something about the things we’re attached to and bound to, responsibly and irresponsibly.” 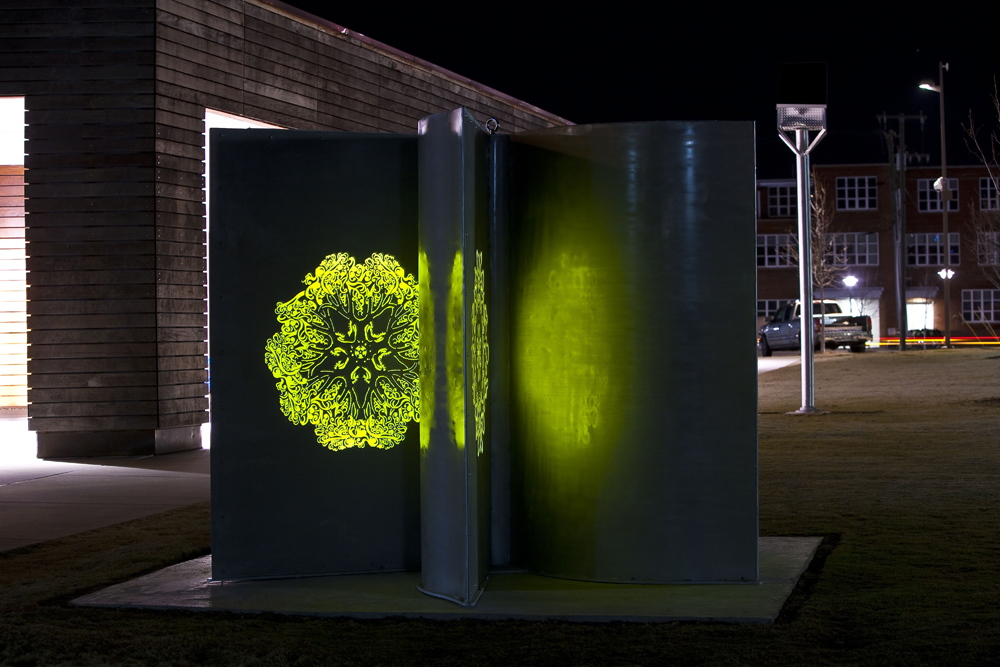 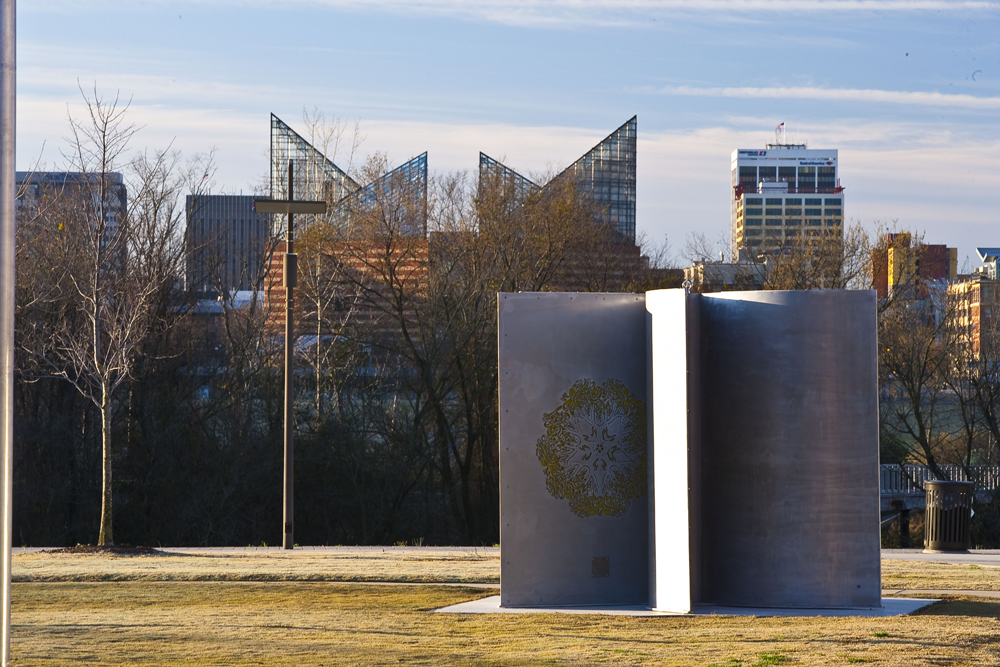 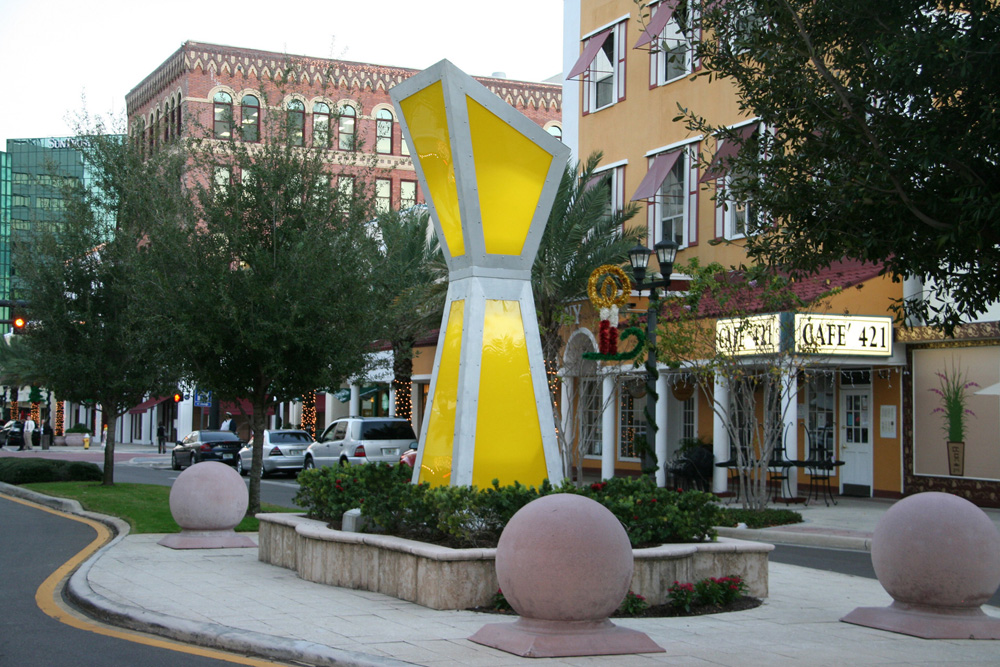 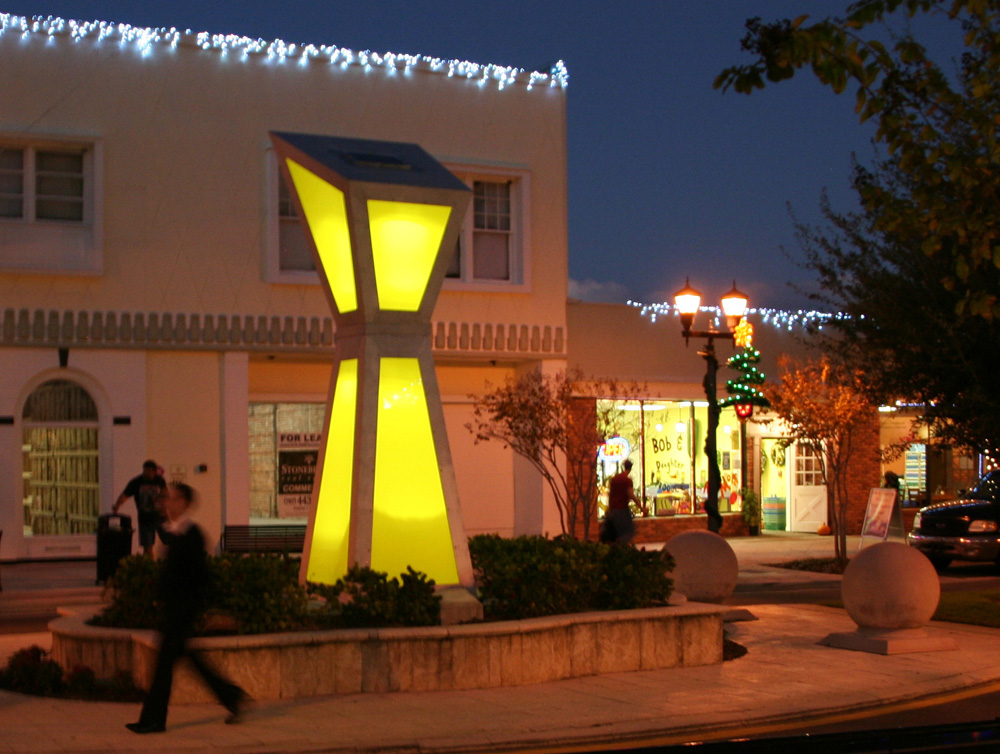 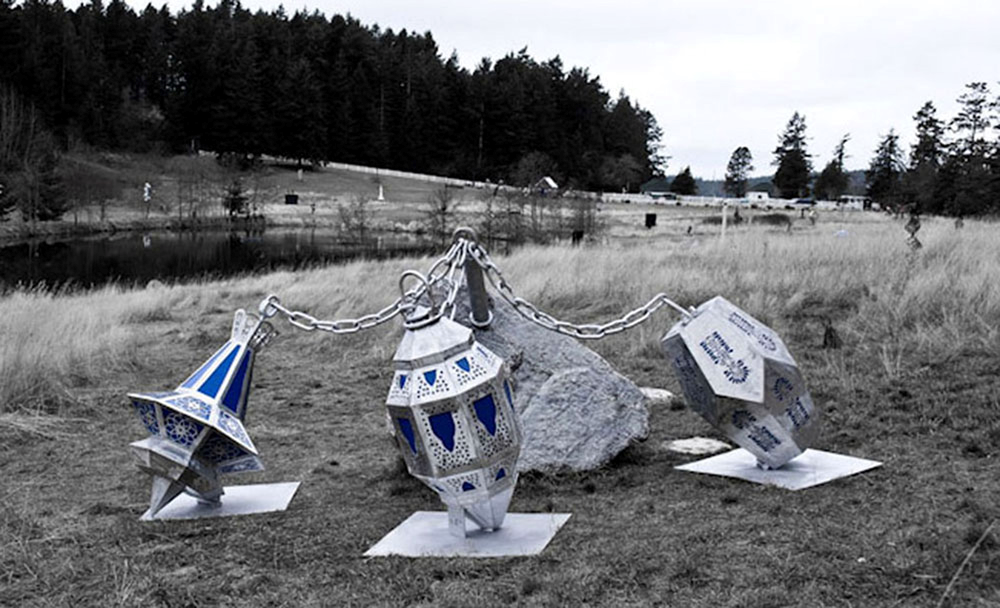 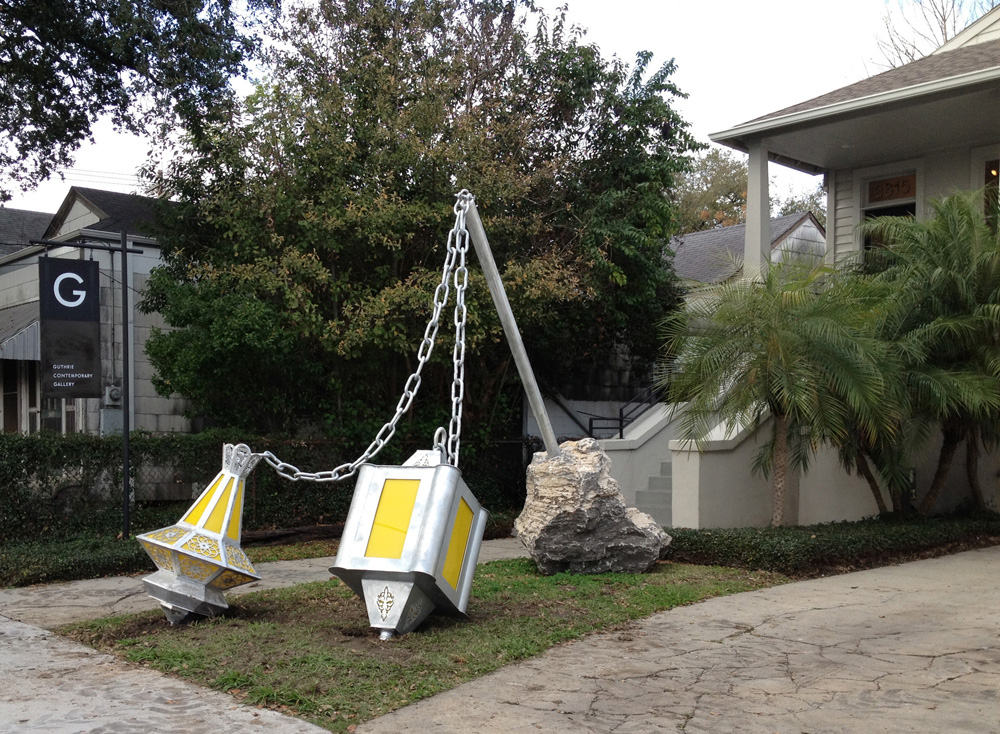 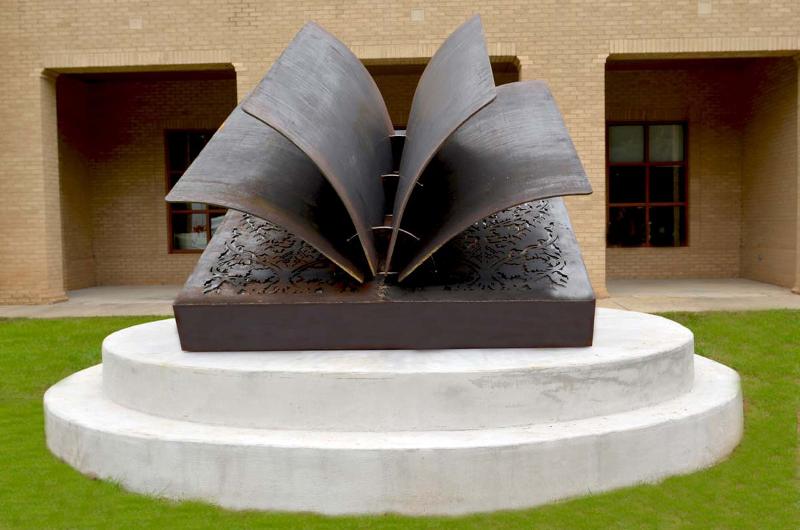 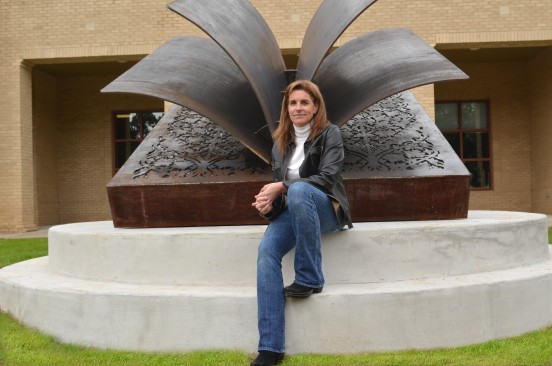 interesting – thanks for posting!

excellent article – thanks for posting!

Back behind Foster + Partner’s Winspear Opera House at the AT&T Performing Arts Center in Dallas lies a quiet, lush...