Some artists paint portraits.  Others work with landscapes.  Still others prefer the abstract.

But Scott McBee works in gouache and India ink on archival paper, meticulously reproducing the architecture of ships.

Not just any ships, mind you, but the grand ocean liners of the 19th and 20th centuries, most of them sold for scrap long ago.

Some of his paintings are as long as eight feet; the shortest is three feet.  Each takes about four to six weeks to complete.  A finished work by McBee can cost as much as $18,000.

“I’m trying to shine a light on something that doesn’t exist anymore – a way of traveling, a style of traveling and an architectural design,” he says.

He took a trip from New York to Philadelphia recently, to take a private tour of the SS United States, mothballed for years.  Investors are currently considering its restoration, as a floating hotel in New York, much like the SS Queen Mary serves as a museum in Long Beach, Calif.

His biggest challenge lies in researching the original drawings.  “I’m a big stickler for details, so getting the correct information and the right plans is important,” he says.  “I like to show the whole ship – If I can’t see what’s going on below the water line, I won’t do it.”

The rigging, the flags flown and the colors – or livery – have to be correct, he says.  Even the lifeboats and number of windows that belong beneath them are carefully researched and included.

By day he’s a freelance storyboard artist and art director for ad agencies.  But at night, his passion for ships rules.  He’s been fascinated with them since he was a child and his mother gave him a copy of Walter Lord’s book on the sinking of the Titanic, “A Night to Remember,” and his parents took him in 1972 to see the original “Poseidon Adventure.”

“That’s what hooked me – the big powerful ship going through the water in a huge storm,” he says.  “It was the spark that pushed me forward – I think I was a ship architect in another lifetime.”

His work is on display at the Chinese Porcelain Company, the South Street Seaport Museum in lower Manhattan.  And he’s available for commissions.

For more information, go to http://www.scottmcbee.com/aboutme.html 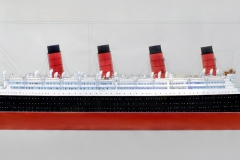 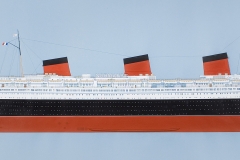 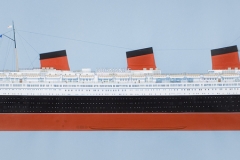 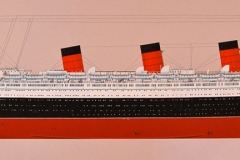 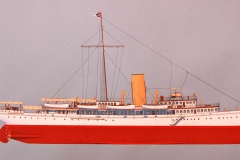 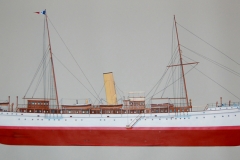 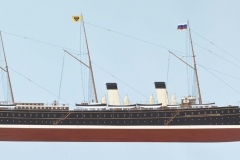 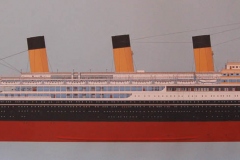 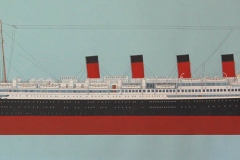 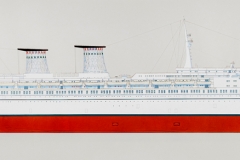 A Slender Home for a Slender Lot

Chances are, an aristocratic Crawley family might have been quite familiar with the Savoir Bed. Its pedigree is immaculate:...